For some writers, drinking alcohol would be counterproductive to the creative process. For many of the most distinguished authors in literary history, however, having a pint of beer went hand-in-hand with penning books, short stories, and poems, and that meant frequenting a local watering hole. Some of the best literary work ever produced was written in a rather unlikely setting: the pub. For centuries, authors have settled into their favorite booth or barstool, thrown back a beer (or twelve), philosophized with their contemporaries, and conceived literary masterpieces. These are the literary pubs around the world where you can drink like your favorite authors. 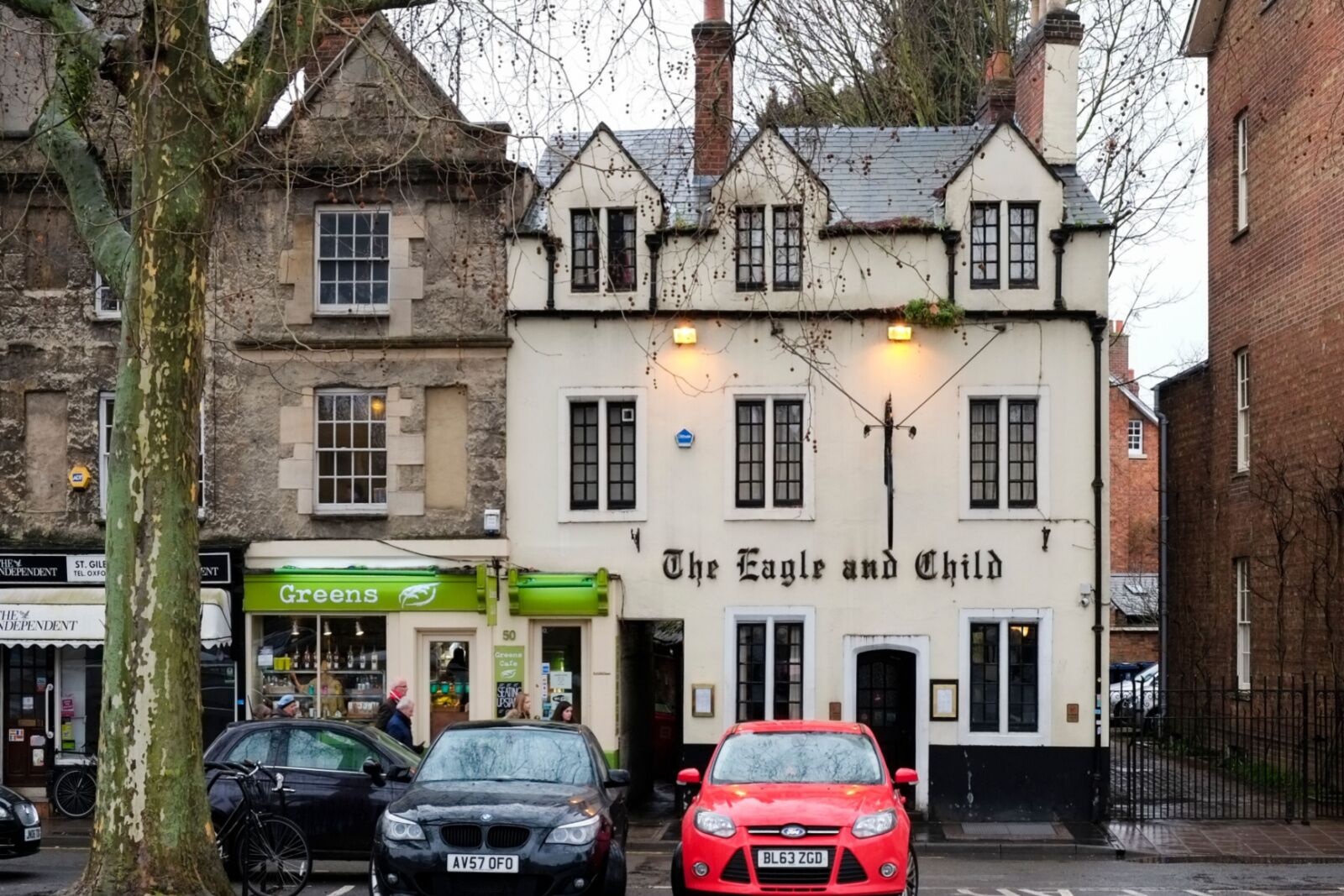 The Eagle and Child are one of the world’s most storied literary hubs, in one of the world’s most storied literary cities. The meeting place of the Inklings, a group of writers that included J.R.R. Tolkein (author of The Lord of the Rings) and C.S. Lewis (author of The Chronicles of Narnia), The Eagle and Child has been a staple of Oxford’s literary culture for decades. In the Rabbit Room, where the group frequently gathered, you’ll even find pictures of the various members, and you can almost imagine them sitting exactly where you are, discussing and critiquing each other’s writing. 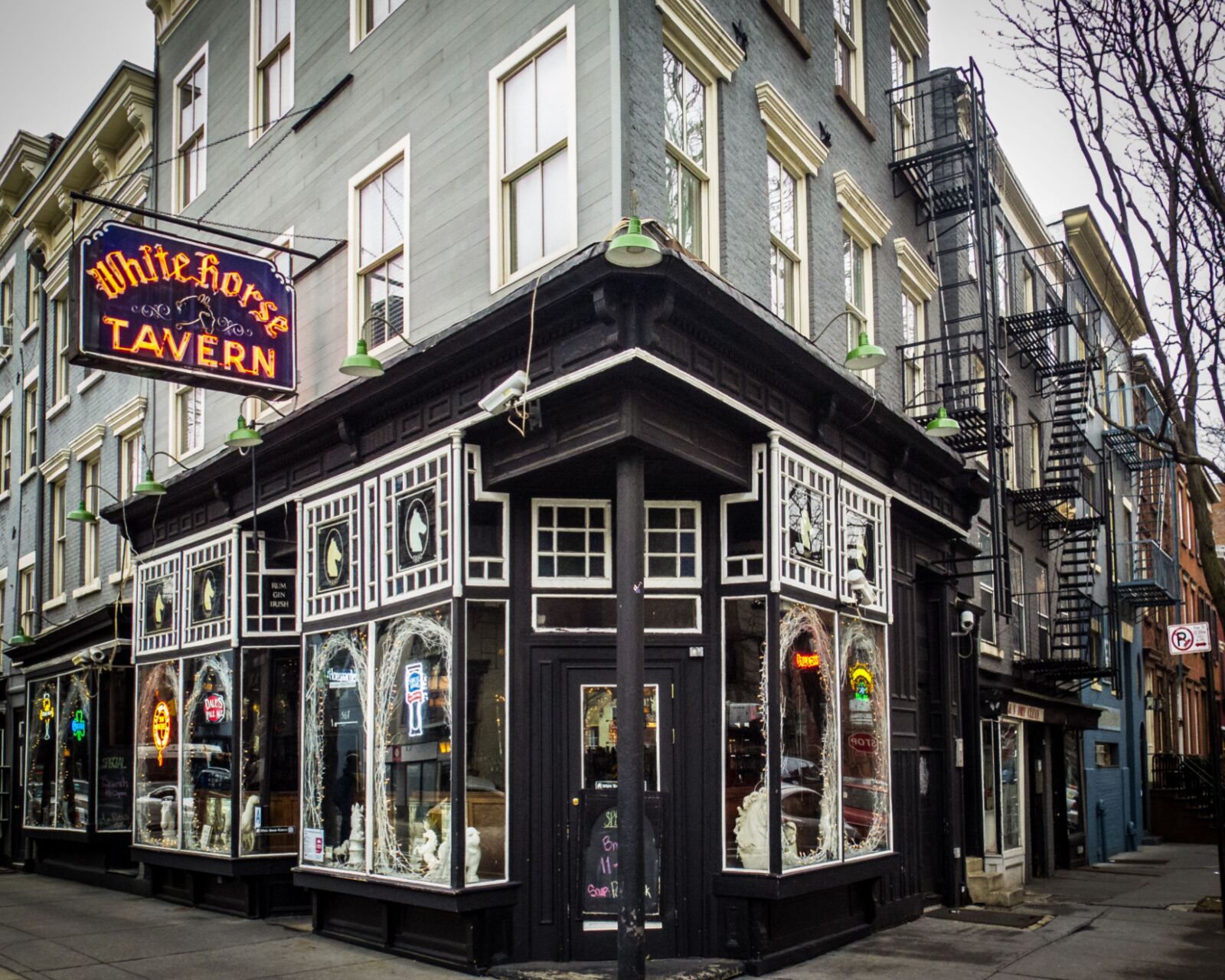 Jack Kerouac may be known for traveling west, but it all started in New York City, where Kerouac – along with many others – conceived their greatest works. Opening in 1880, the White Horse Tavern in Greenwich Village became popular with mid-century literary figures like Kerouac, James Baldwin, Anais Nin, Norman Mailer, Frank O’Hara, and Allen Ginsberg. There’s even a popular legend that Kerouac spent so much time here that someone wrote: “JACK GO HOME” on the bathroom wall. Welsh poet Dylan Thomas was similarly drawn to the place and is even said to have had his last drink here. After finishing 18 shots, Thomas collapsed outside the bar and later died at St. Vincent’s Hospital. Now, many claim to see Thomas’ ghost sitting at in a corner of the tavern. 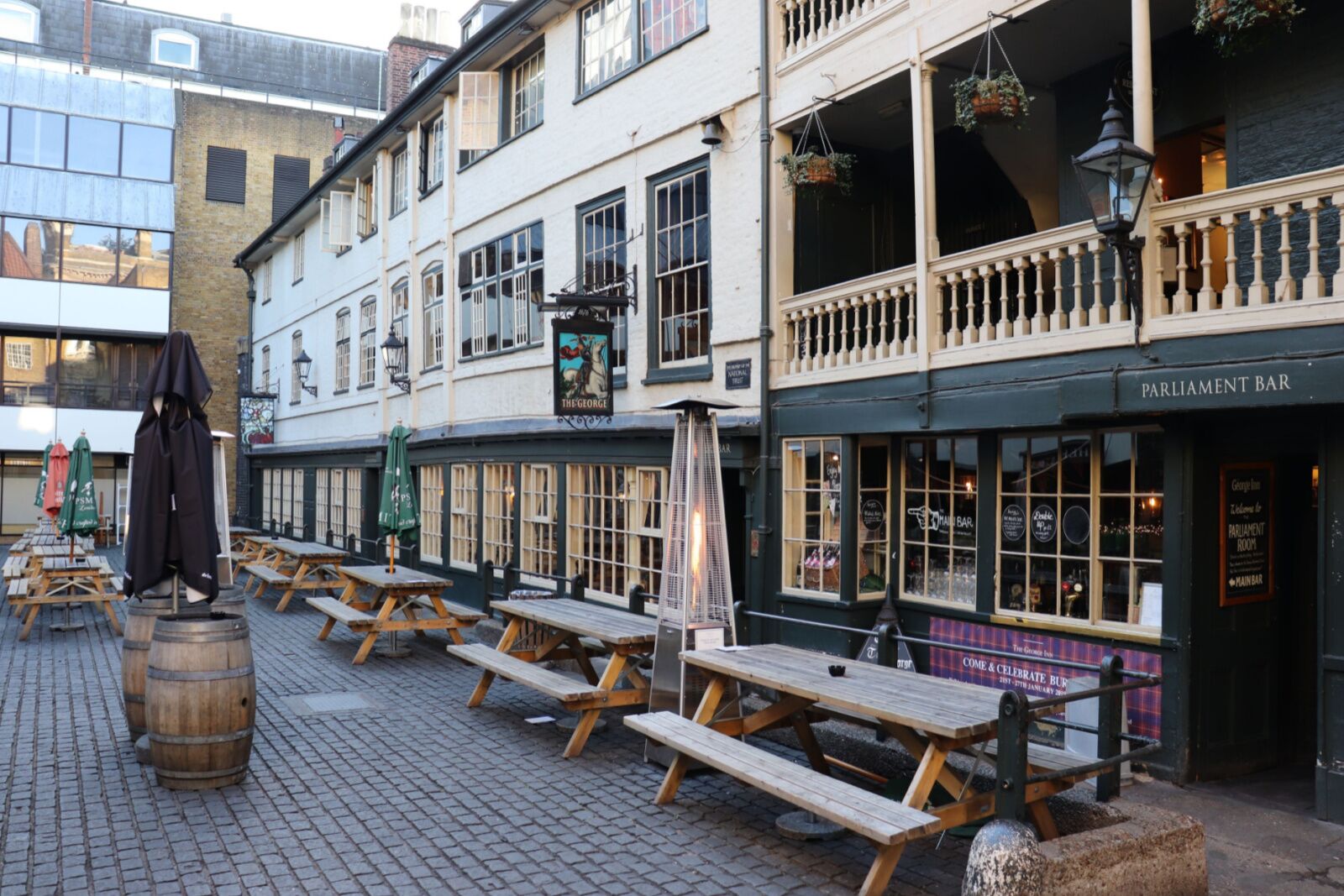 It’s not often that a pub is owned by the British National Trust, but with London’s George Inn, it’s easy to see why. The only galleried coaching inn (inns that provided stabling for horses) left in London that’s open to the public, George Inn was once a favorite haunt of William Shakespeare in the 16th and 17th centuries, and Charles Dickens in the 18th century. It’s even mentioned in Dickens’ novel Little Dorrit. Established in the medieval period, it was originally known as the George and Dragon. It’s divided into several bars, which were formerly used as waiting rooms for coach passengers, coffee rooms, and bedrooms.

If you loved the film Midnight in Paris, chances are you have a whimsical longing to wander into a 20s-era Parisian cafe and find Ernest Hemingway or F. Scott Fitzgerald discussing literature. While you won’t encounter the long-deceased authors, it’s certainly possible to put yourself in their shoes for a night by visiting Harry’s New York Bar, a favorite watering hole of Hemingway, Fitzgerald, Jean-Paul Sartre, Sinclair Lewis, and other early-to-mid-century celebrities. The bar even features in Ian Fleming’s James Bond short story, “From a View to a Kill.” The quintessential jazz age bar, Harry’s is known for its piano performances. George Gershwin even composed his famous “American in Paris” here.

The Carousel Bar, New Orleans, US

If the Carousel Bar in New Orleans’ Hotel Monteleone sounds familiar, it’s probably because you read about it in one of Tennessee Williams’ plays or in the Hemingway short story “Night Before the Battle.” A revolving bar overlooking Royal Street in the French Quarter, Carousel Bar completes one revolution every 15 minutes and is so unique that many authors decide to not only patronize the place, but feature it in their work. Ernest Hemingway, William Faulkner, Tennessee Williams, and Truman Capote all famously frequented the bar. Capote was so fond of it, he even claimed it as his birthplace. 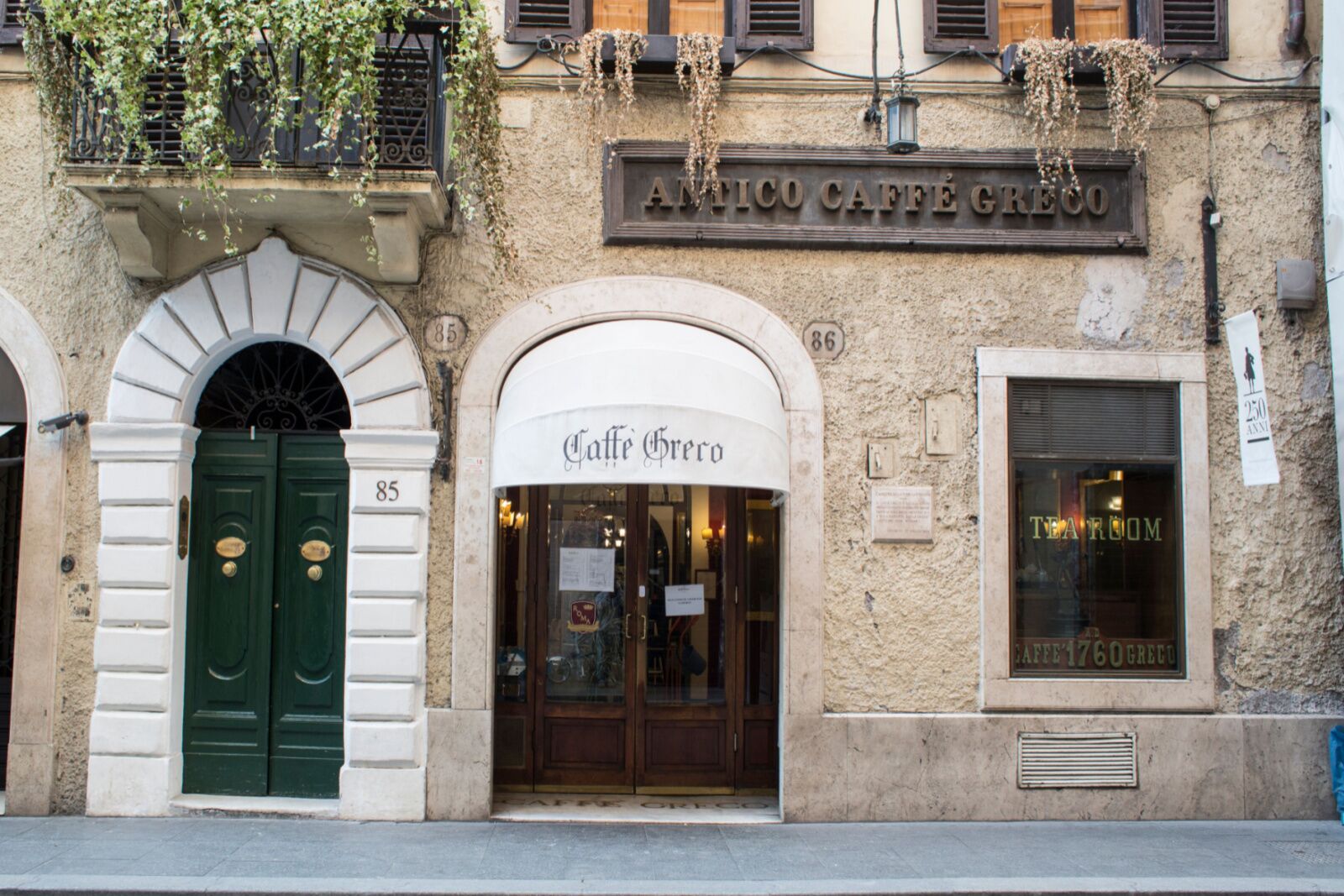 Rome’s literary scene isn’t quite as famous as that of Paris, but the Eternal City has hosted some of the world’s most famous literary luminaries. That’s particularly true of Antico Caffe Greco, which opened in 1760. The cafe has been a favorite haunt of authors like Mary Shelley, Hans Christian Andersen, and Ivan Turgenev, and poets like Lord Byron and John Keats. It’s no wonder why, either. The cafe is adorned with dazzling stucco moldings, ornate decorations, statues, and over 300 paintings. Combine all that with the rich aroma of coffee swirling through the place, and it’d be tough not to be inspired here.

The aptly-named Literary Cafe is, perhaps unsurprisingly, one of Russia’s most popular and historic cafes for literary luminaries to gather. In the early 19th century, it operated as a bakery, where writers, poets, and journalists would meet. Some of Russia’s most renowned literary geniuses once frequented the establishment, including Fyodor Dostoevsky, Mikhail Lermontov, and Alexander Pushkin. You can still find Pushlin sitting at his favorite table, holding a quill and looking out the window — though it’s a wax model, not the author himself. Pushkin, who famously perished in a duel on the Black River, departed for the duel from this very site.

Books12 Destinations That Inspired the World’s Most Famous Writers
Tagged
Restaurants + Bars
What did you think of this story?
Meh
Good
Awesome