Books have the ability to transport us to faraway places, whether fantasy lands or far-flung corners of the globe. Fictionalized or not, the settings for much of the greatest literature ever written were inspired by the real-life experiences of their authors, from tributes to their hometowns to meditations on their travels. It’s a special thing to be able to see the world through the eyes of masterful writers. These are the places that inspired the classics, from the books we read as kids to the ones that earned their authors Nobel Prizes. May they become literary travel destinations for all the book lovers. 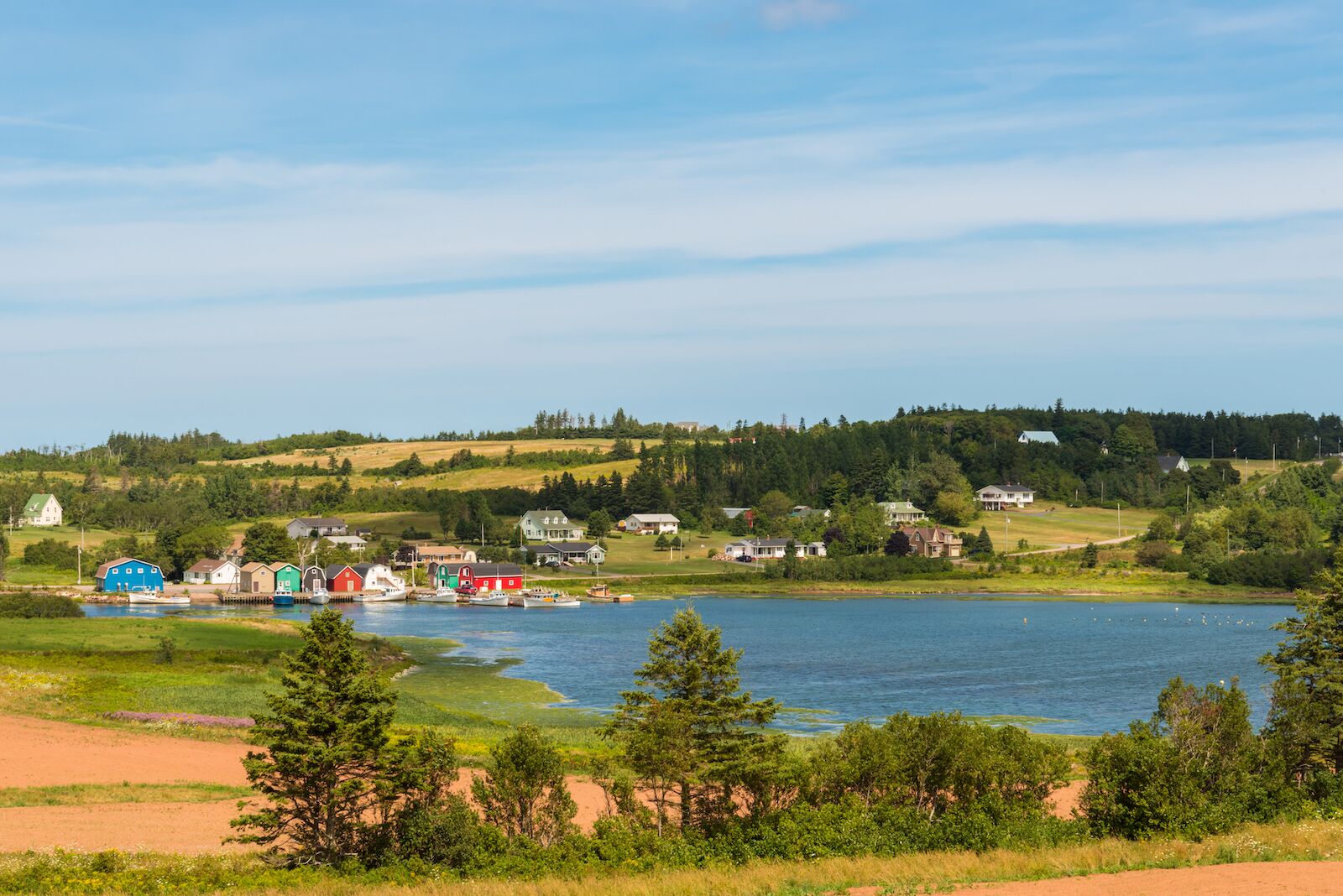 The name L.M. Montgomery may or may not ring a bell, but the author’s enduring Anne of Gables children’s series probably does. The series follows Anne Shirley, a precocious, red-headed orphan from Nova Scotia who’s sent to live in Avonlea, a fictional town on Prince Edward Island that was modeled after Cavendish, the summer resort where Montgomery grew up. Reading the series, it’s clear how much the author’s hometown stoked her imagination, from the farm that inspired Green Gables to the Haunted Wood and Lover’s Lane in Balsam Hollow. 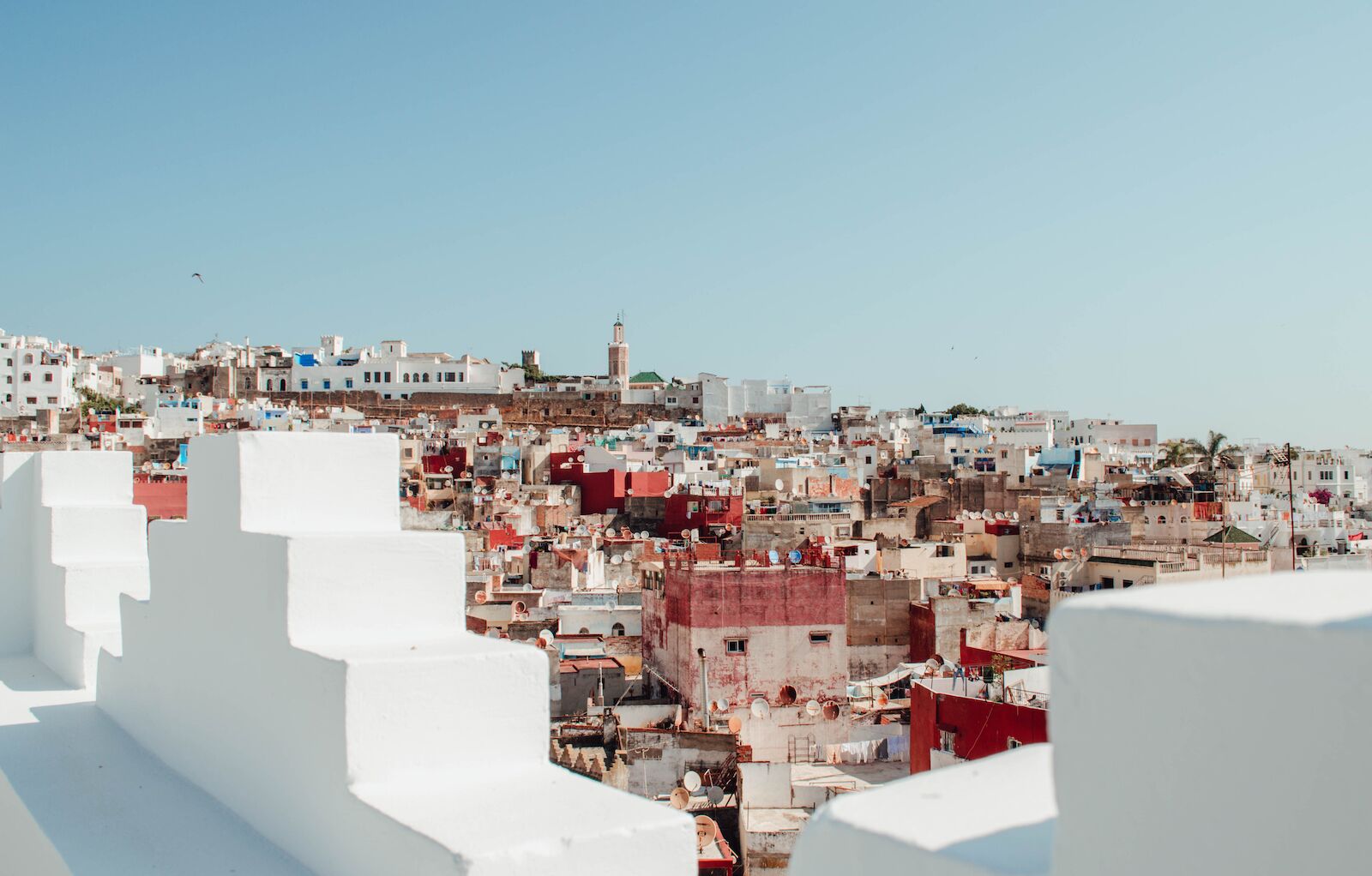 Between 1924 and 1956, Tangier was home to an international zone that attracted a host of European and American artists and expats. The Naked Lunch by William S. Burroughs famously encapsulates the city at that moment in time. A defining work of the Beat Generation, the novel is a hedonistic romp through the Interzone, written by an author who once called Tangier “one of the few places left in the world where, so long as you don’t proceed to robbery, violence, or some form of crude, antisocial behaviour, you can do exactly what you want.” 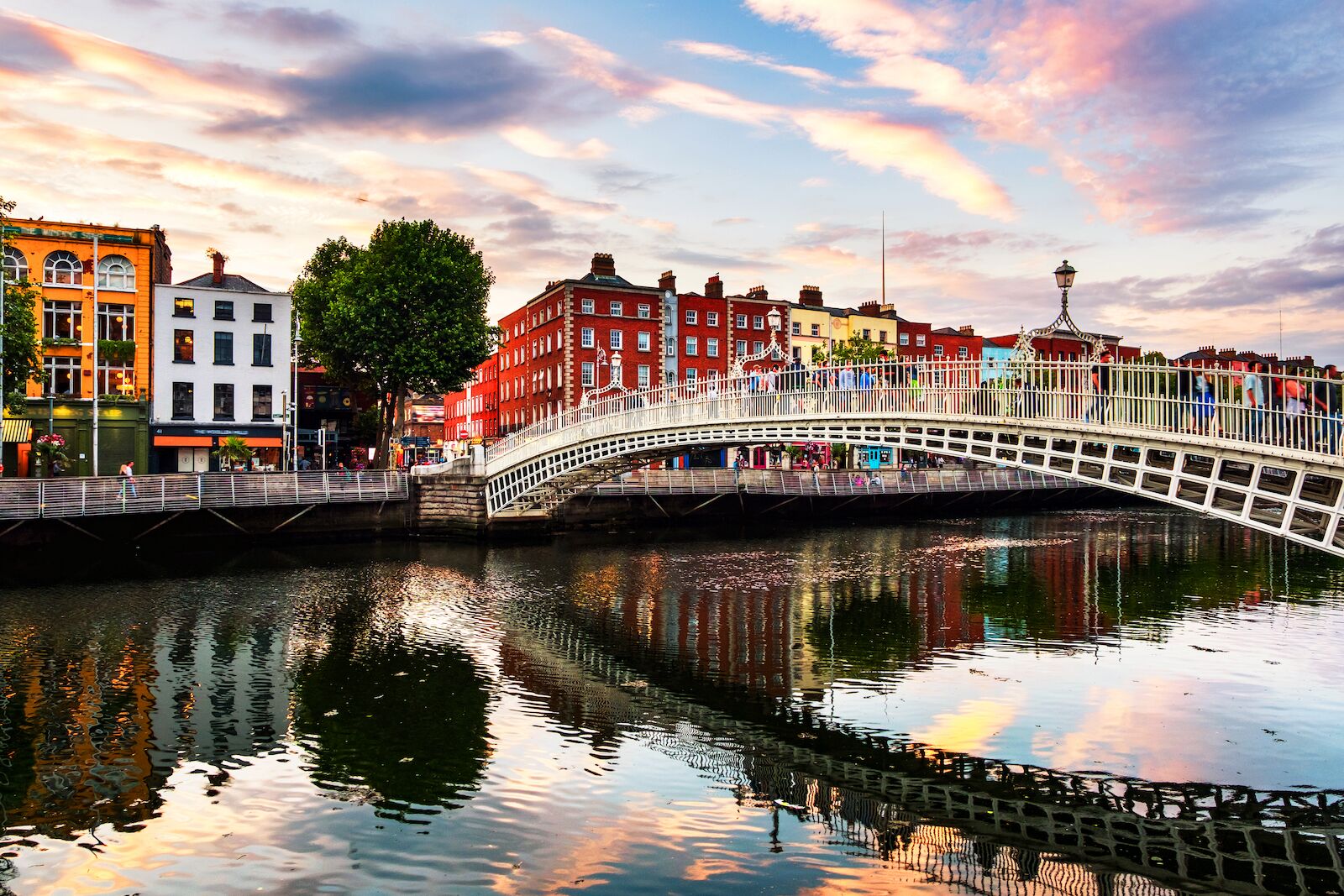 Quite a few of the world’s most famous writers hailed from Ireland: Oscar Wilde, Samuel Beckett, and William Butler Yeats to name a few. Many of these writers cut their teeth in Dublin. None captured the Irish capital as faithfully as James Joyce. Though he spent most of his adult life in Trieste, Italy, Joyce was born in Dublin in 1882 and chose it as the setting for both of his famous tomes, Ulysses and Finnegans Wake. Yet his greatest tribute to the city has to be Dubliners, a short story collection centered on 20th-century Irish middle-class life. 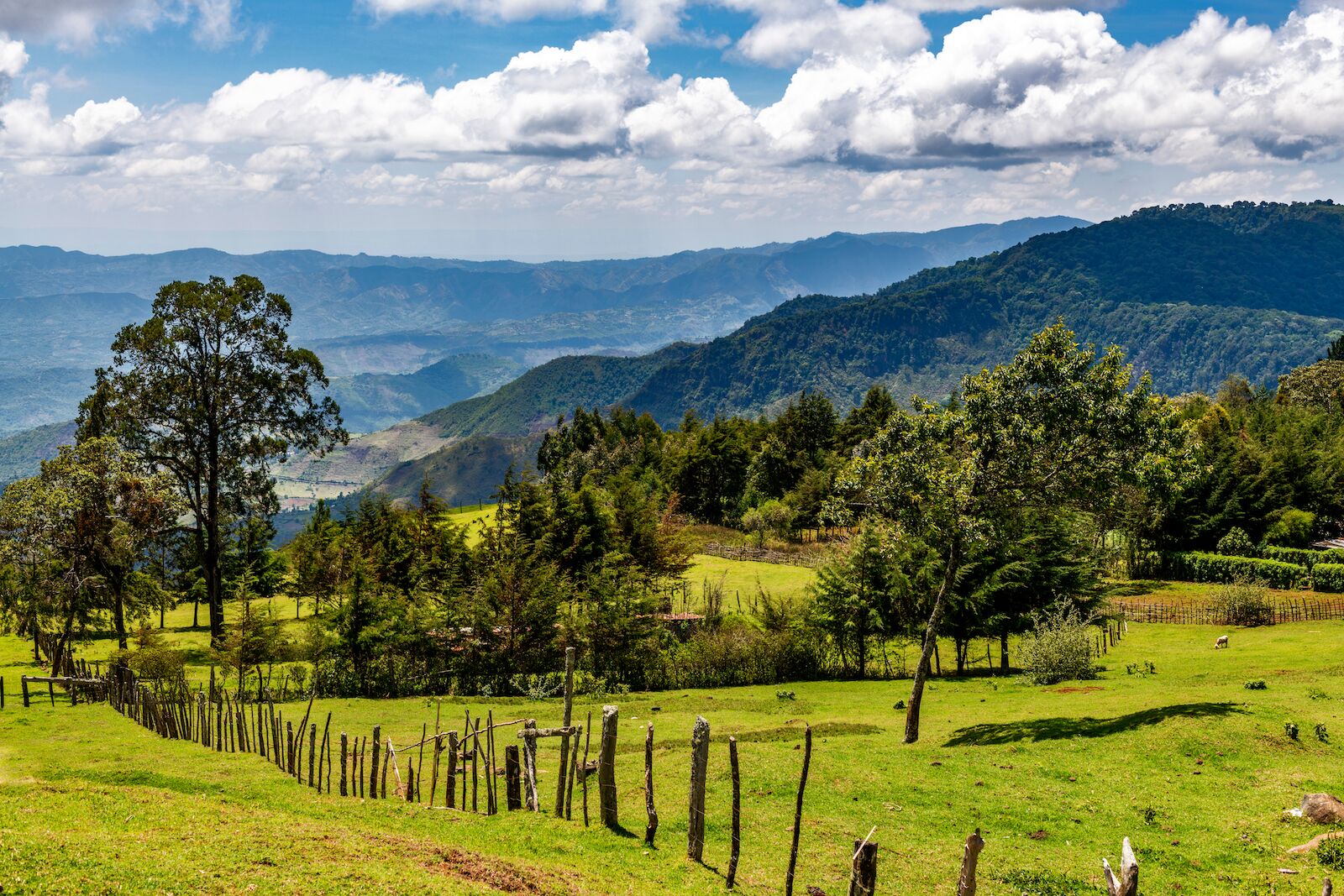 In 1937 Danish author Karen Blixen, pen name Isak Dinesen, published a memoir recounting her life on a coffee plantation in what was then called British East Africa. Depicting both the natural landscape and the characters and customs she came to know during her nearly two decades in Kenya, Out of Africa examines Blixen’s role as a European colonizer in the dying days of East Africa’s British colonial rule, parallel to the trials and tribulations of her personal life. 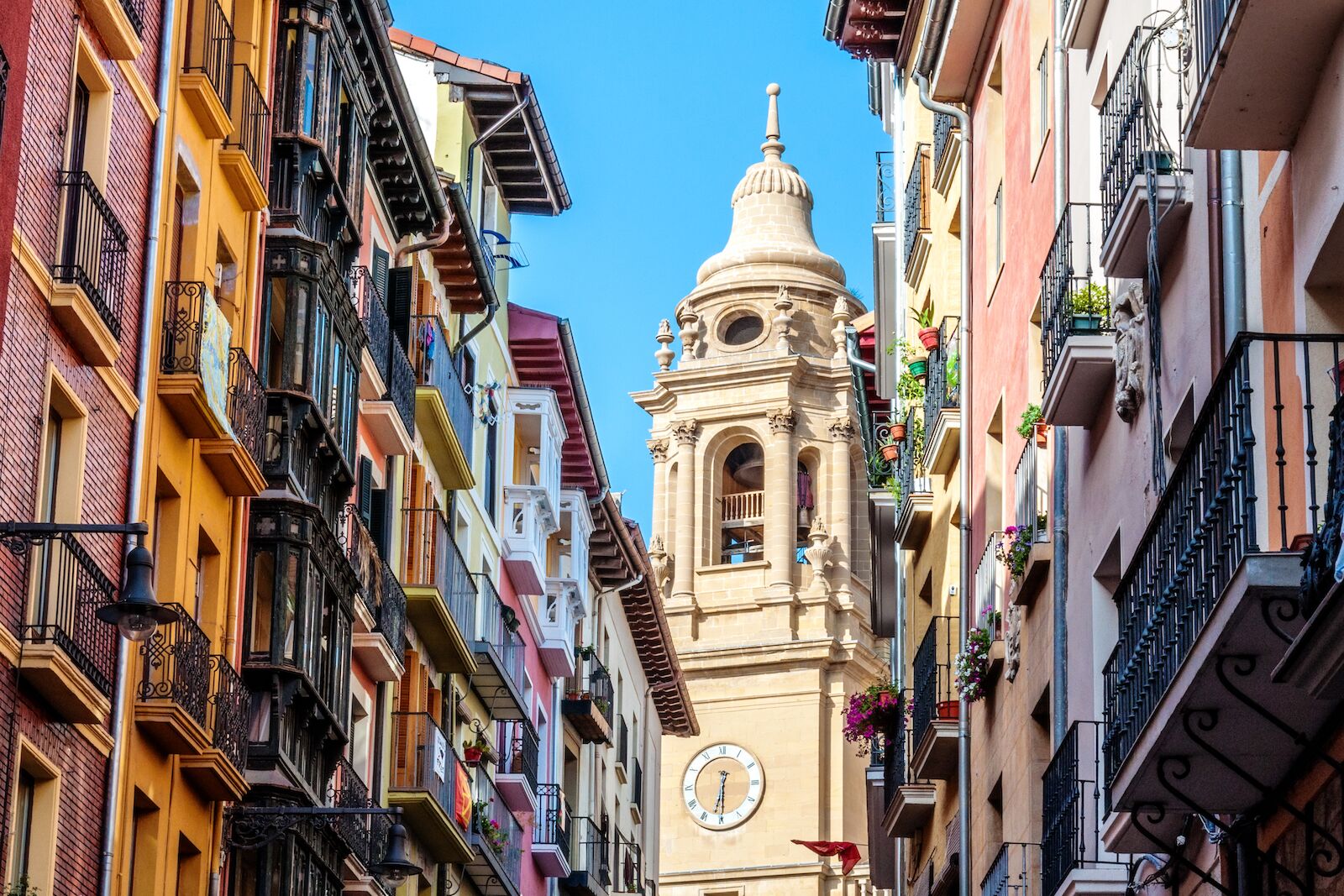 It’s hard to nominate a single destination that most inspired Ernest Hemingway. His travels through Europe, Africa, and the Caribbean all had an indelible impact on his work. But you can’t talk about Hemingway without mentioning The Sun Also Rises, a modernist classic that begins in Paris, moves to Pamplona, and ends in Madrid. Of all the novel’s events, the bullfighting scenes in Pamplona are among the most memorable, not only as an account of one of the city’s most iconic traditions but also as an ongoing metaphor for masculinity, sex, and love. 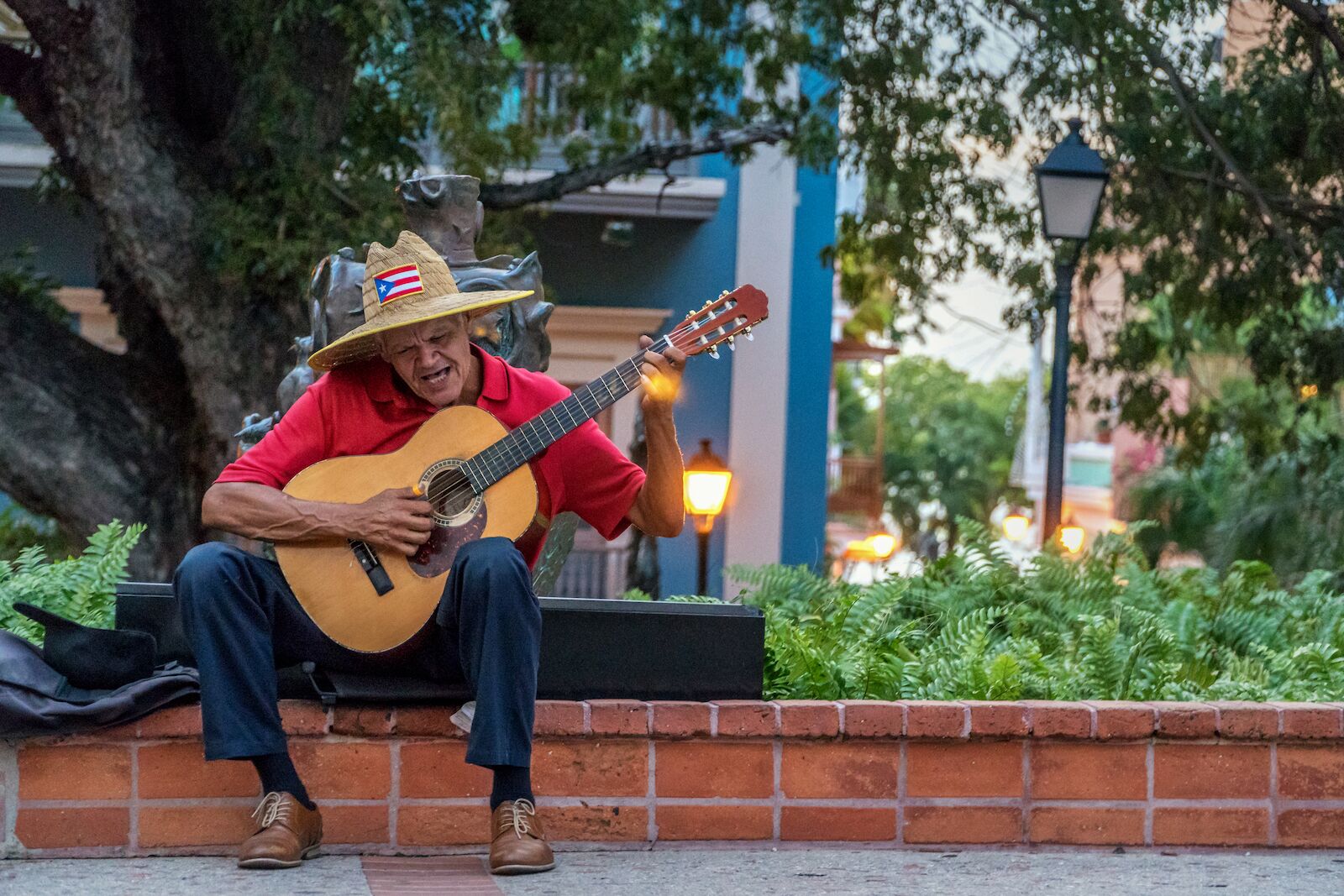 You might think Fear and Loathing in Las Vegas is the Hunter S. Thompson novel with the greatest sense of place, but one could argue that superlative belongs to The Rum Diary. Kentucky-born Thompson penned The Rum Diary after moving to Puerto Rico to work as a sports writer at an ill-fated English weekly. The novel is based on his experiences in the Puerto Rican capital, which at one point he describes through the “sounds of a San Juan night … sounds of life and movement, people getting ready and people giving up, the sound of hope and the sound of hanging on, and behind them all, the quiet, deadly ticking of a thousand hungry clocks, the lonely sound of time passing in the long Caribbean night.” 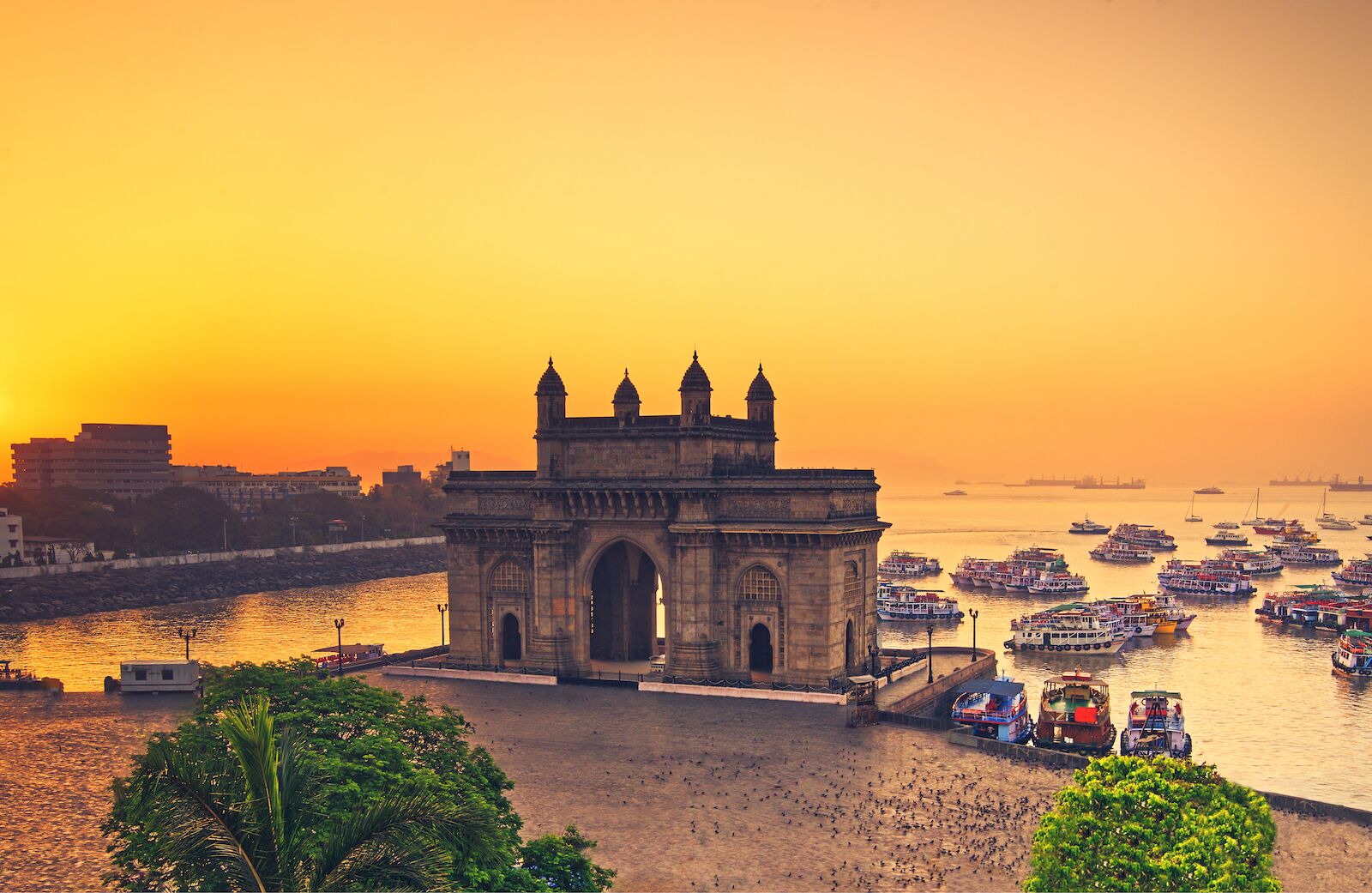 New Delhi is India’s capital city, Calcutta is its cultural capital, but it’s Mumbai that’s inspired some of the greatest literature of all time. Jungle Book author Rudyard Kipling was born there, for one, as was Booker Prize-winning Salman Rushdie, both of whom featured the city in various writings. A more recent bestseller set in Mumbai was Shantaram: A Novel by Gregory David Roberts, which tells the semi-autobiographical tale of an Australian prison escapee who flees to the city in the late 1980s and becomes embroiled in its tempestuous underbelly. 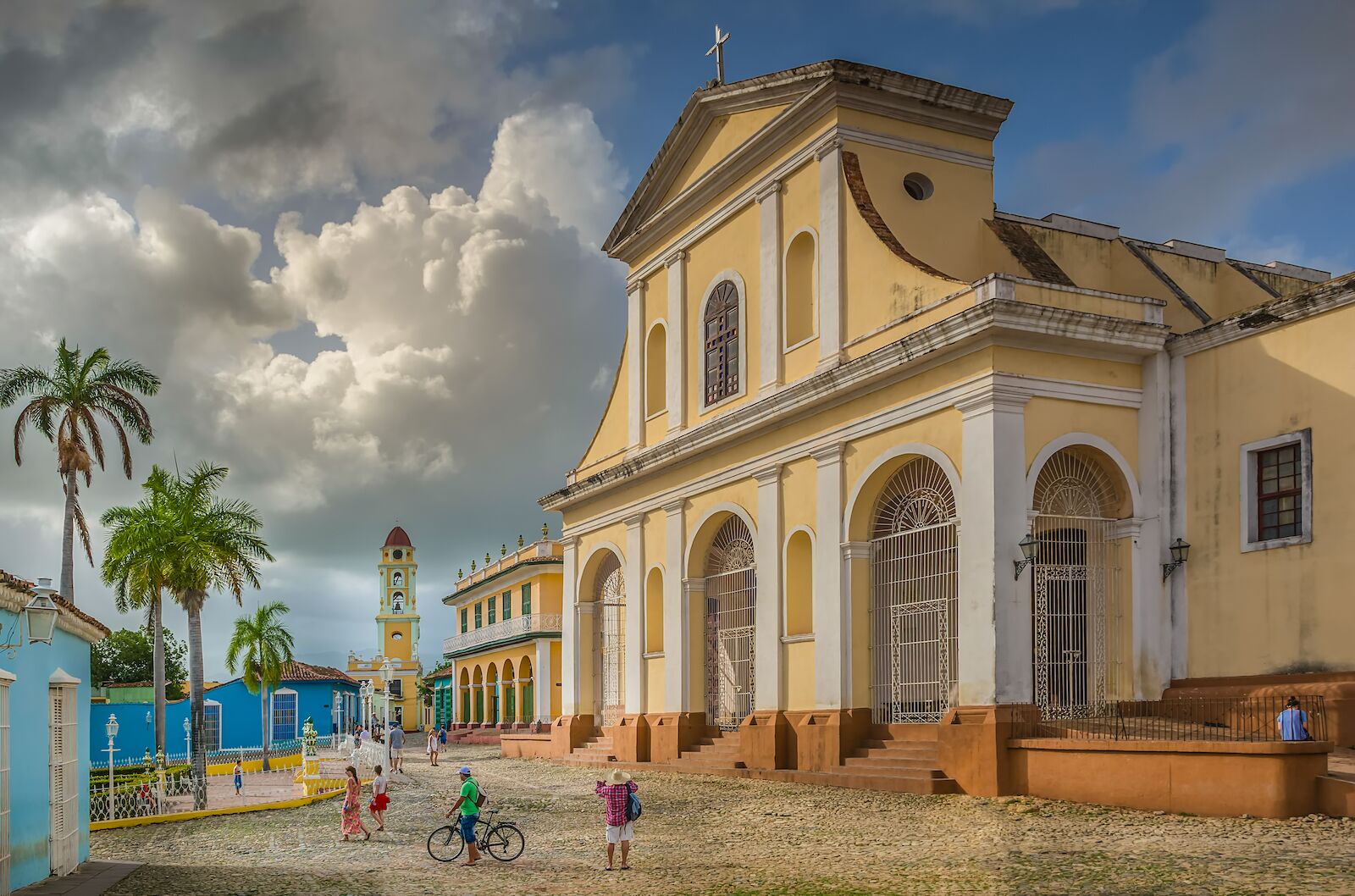 Though it’s unclear where Robinson Crusoe was supposedly set, many identify Trinidad as the island that inspired Daniel Defoe’s 18th-century castaway tale. Others claim it was the largest of the Juan Fernandez islands off the coast of Chile that Defoe was inadvertently describing, so much so that the landmass has been renamed Robinson Crusoe Island from Más a Tierra. Yet Trinidad has a second notable literary heritage. Nobel Prize-winning V.S. Naipaul, a Trinidad-born British writer, used his birthplace as the backdrop for many of his early works, as well as the first of his novels to gain worldwide recognition, A House for Mr. Biswas. 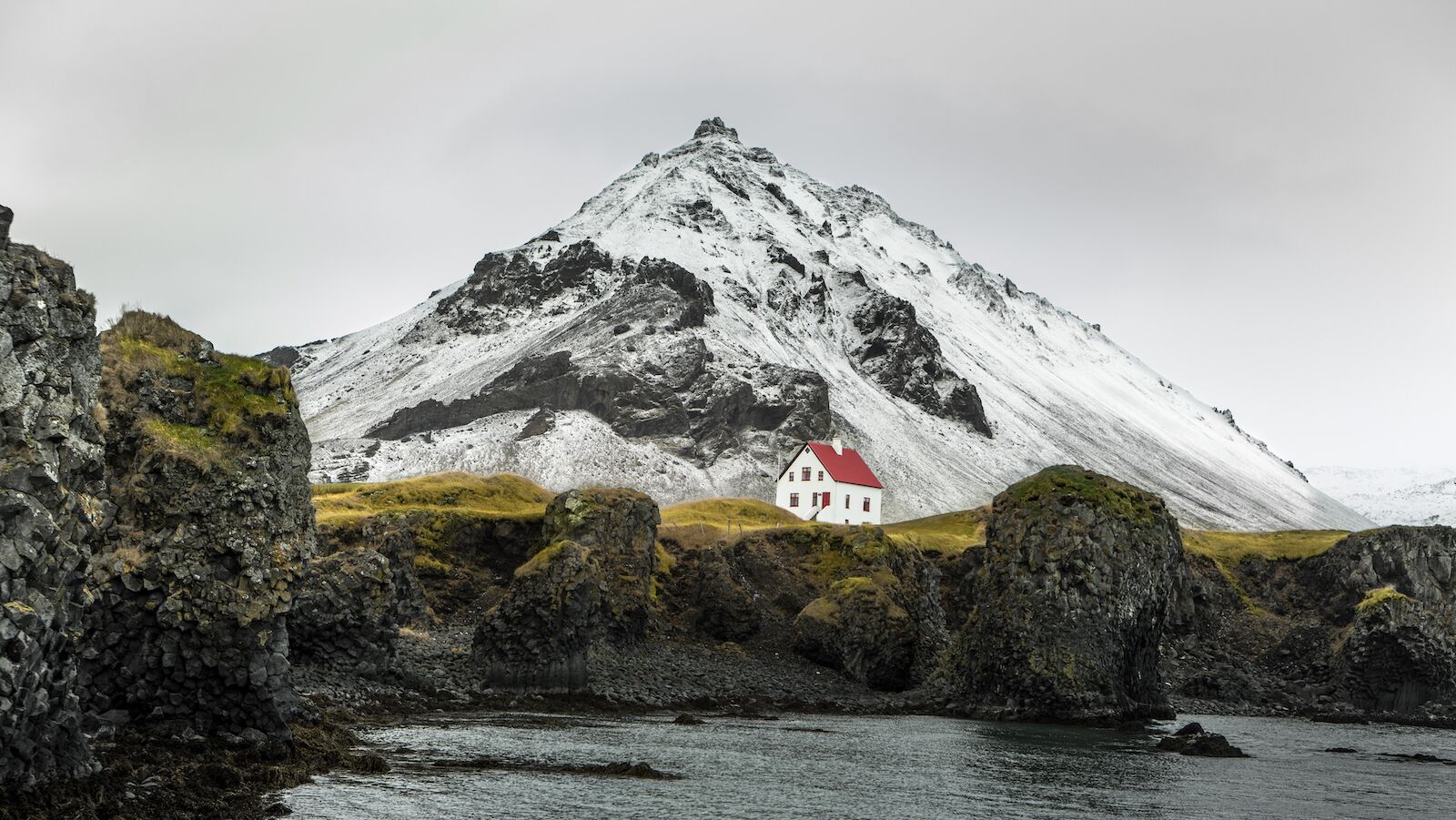 Despite never visiting Iceland, French science fiction author Jules Verne was so captivated by its otherworldly landscapes that he fancied the Snæfellsjökull stratovolcano, about 125 miles northwest of Reykjavík, to be the gateway to the earth’s core in the 1864 classic Journey to the Center of the Earth. Known for setting his novels in extreme places, Verne would go on to publish Twenty Thousand Leagues Under the Sea in 1870 and Around the World in Eighty Days, which takes readers to 11 countries across the globe, in 1872. 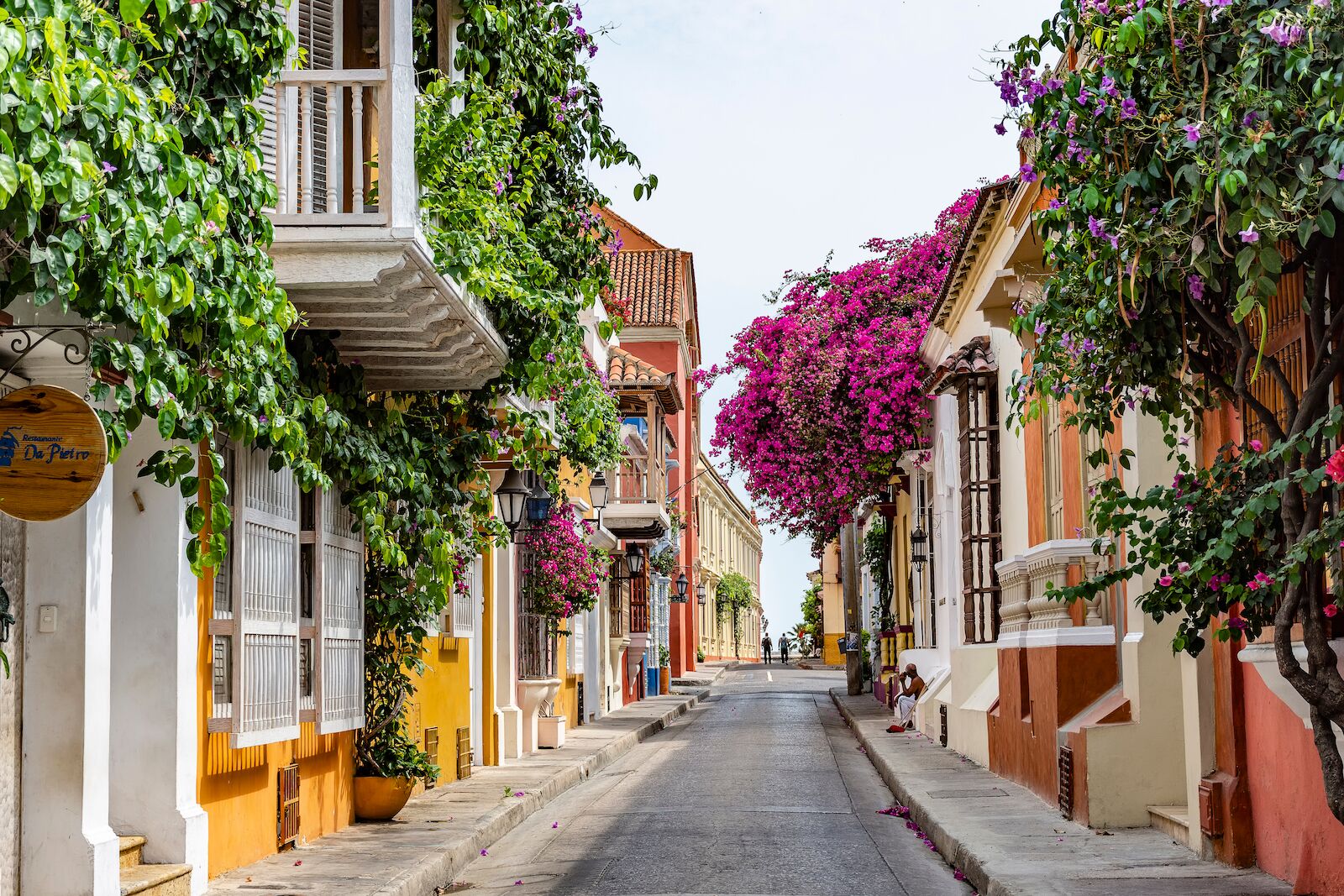 Gabriel García Márquez, the Nobel Prize-winning author of One Hundred Years of Solitude and Love in the Time of Cholera, is known for two things: being the father of magical realism, Latin America’s most famous literary genre, and committing to the page some of the most intimate accounts of Cartagena ever written, explicitly or otherwise. The Colombian author was born in Aracataca roughly five hours east of Cartagena, where he eventually moved, became enthralled, and about which he was later quoted as saying: “All of my books have loose threads of Cartagena in them. And, with time, when I have to call up memories, I always bring back an incident from Cartagena, a place in Cartagena, a character in Cartagena.” 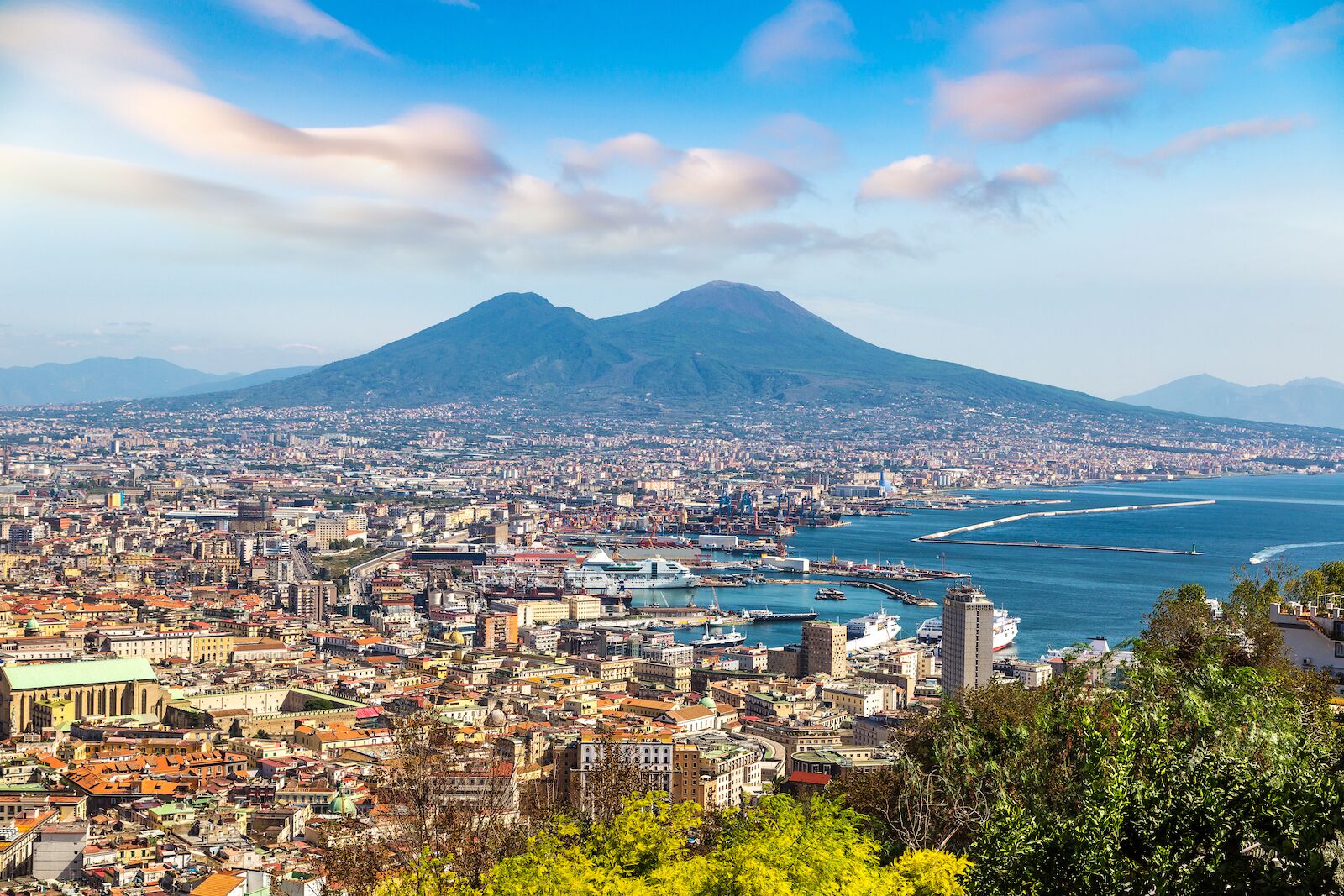 Elena Ferrante’s Neapolitan Novels were a breakout hit of the 2010s. The series, beginning with My Brilliant Friend, chronicles the friendship between two 20th-century Italian women, from their postwar childhood in Naples to their respective adulthoods. Despite her depiction of Naples as a poor, gritty, and stifling city in those days, the elegance with which Ferrante writes about her hometown tells readers everything they need to know about how inspirational it can be. 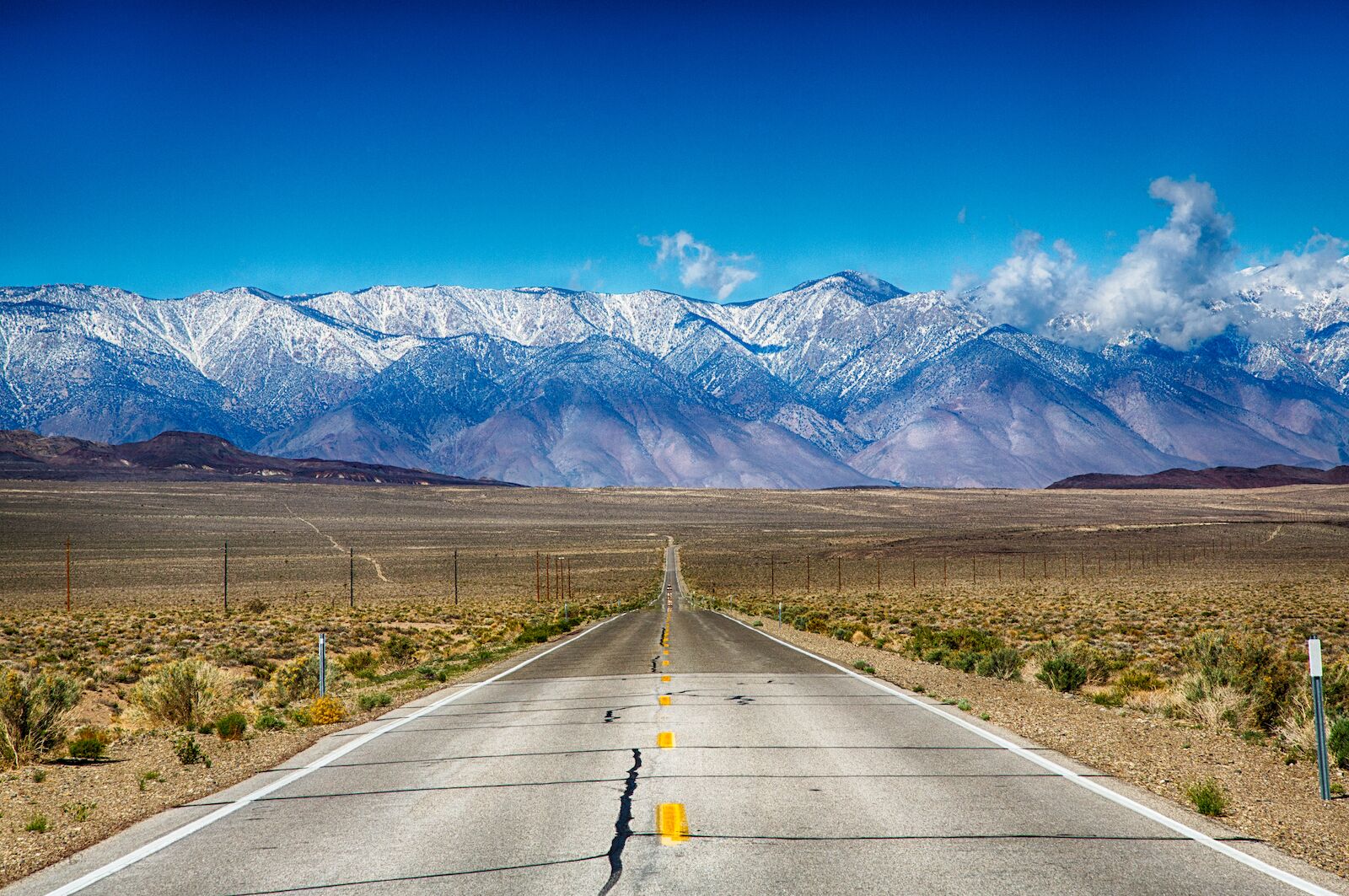 It seems flippant to include the whole of the United States on a list of literary travel destinations, but even more than a single region, there’s a particular type of novelized travelogue that deserves a mention: the great American road trip. Jack Kerouac’s On the Road is an obvious example. Vladimir Nabokov’s Lolita is another. Though much of the discourse involving the latter centers on the predatory relationship between the protagonist and his prepubescent neighbor, who spend much of the novel crisscrossing the country, one could argue that the only love story portrayed is that of the Russian author and the United States, of which Nabokov became a citizen in 1945, a decade before Lolita was published.

Books7 Destinations That Were Forever Changed by Famous Books
Tagged
Books
What did you think of this story?
Meh
Good
Awesome