COVID-19 has wrecked our 2020 travel plans and made the idea of taking a spontaneous trip ridiculous. And while travel restrictions are easing up around the world — with Greece, Iceland, Portugal, and Sri Lanka reopening their borders to eager tourists — the CDC still recommends that we avoid all non-essential trips, so a jaunt abroad might not yet be on the agenda.

But there are other ways to be transported to faraway places, one of which is diving deep into a good book. We’ll admit that reading international literature is not the same as experiencing a new, foreign place with all our senses, but it’s the next best thing right now. And those who currently dream of escaping to the wild landscapes of isolated lands, where the chances of bumping into another human being are thin, will enjoy an entire series devoted to Shetland, a Scottish cluster of islands that’s 600 miles north of London, 400 miles south of the Arctic Circle, and home to only of 23,000 people: the Shetland detective series by Ann Cleeves. It’s not a brand new series — it even has a TV adaptation — but if you’ve never dived in, it may be your best discovery during lockdown yet. 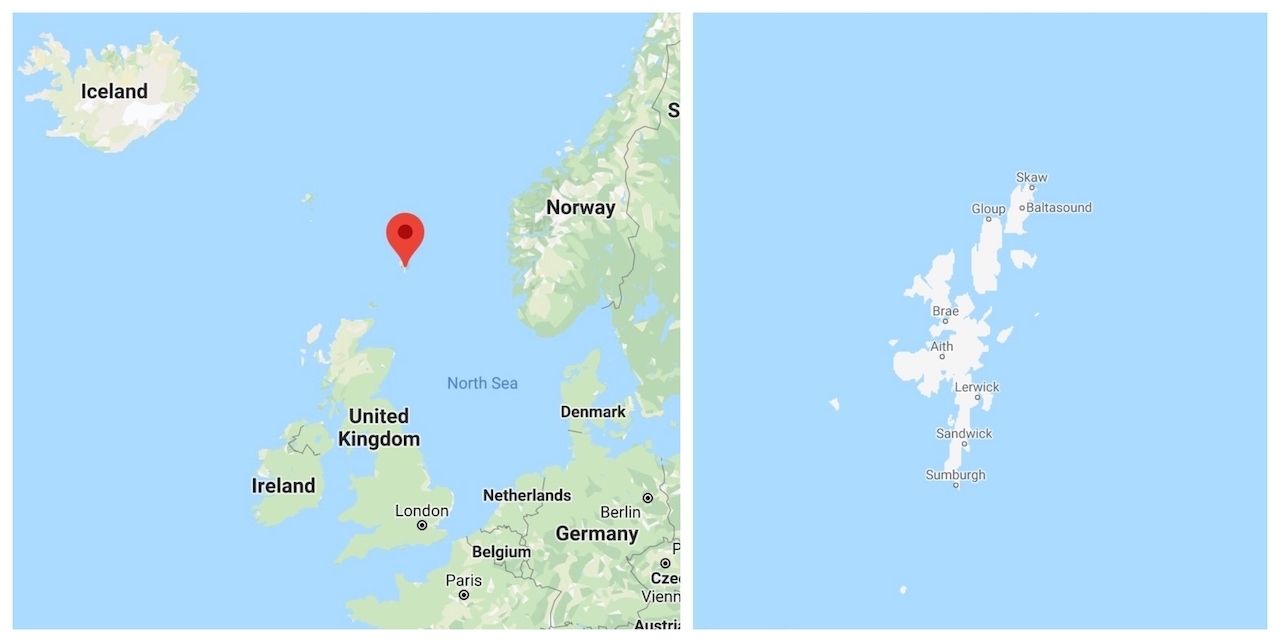 Ann Cleeves is the master of crime novels set in this part of the world. Her eight-book Shetland series takes readers around the remote archipelago — from Fair Isle, its southernmost point and the most remote inhabited island in all of Britain, to Unst, the nation’s most northerly isle — solving murder mysteries along the way.

Throughout the entire series, starting with Raven Black and ending with Wild Fire, we follow Jimmy Perez, a quiet and self-conscious police officer who left behind his native Fair Isle, and the farming aspirations his parents had for him. He works in Lerwick, Shetland’s capital town of 7,500 inhabitants located on “Mainland,” the largest Shetland island. Perez makes for an unusual detective, being introverted and anxious, but he is a product of his environment — a place with more sheep and birds than people, where the constantly changing weather and light play with your mind, easily turning one into a brooder.

Cleeves does not live in Shetland, nor is she from there, but she has intimate knowledge of the archipelago and experience of small-island living. Her stint as a cook at the Bird Observatory on Fair Isle as a young woman (which inspired book four of the series, Blue Lightning) and her living on the island of Hilbre with no one else but her husband for several years inspired her to write about remote places. She understands the beauty as well as the hardship of the lifestyle, and she knows it is fertile ground for creativity — she started her very successful writing career on Hilbre — but also small-mindedness, where tight-knit communities thrive. 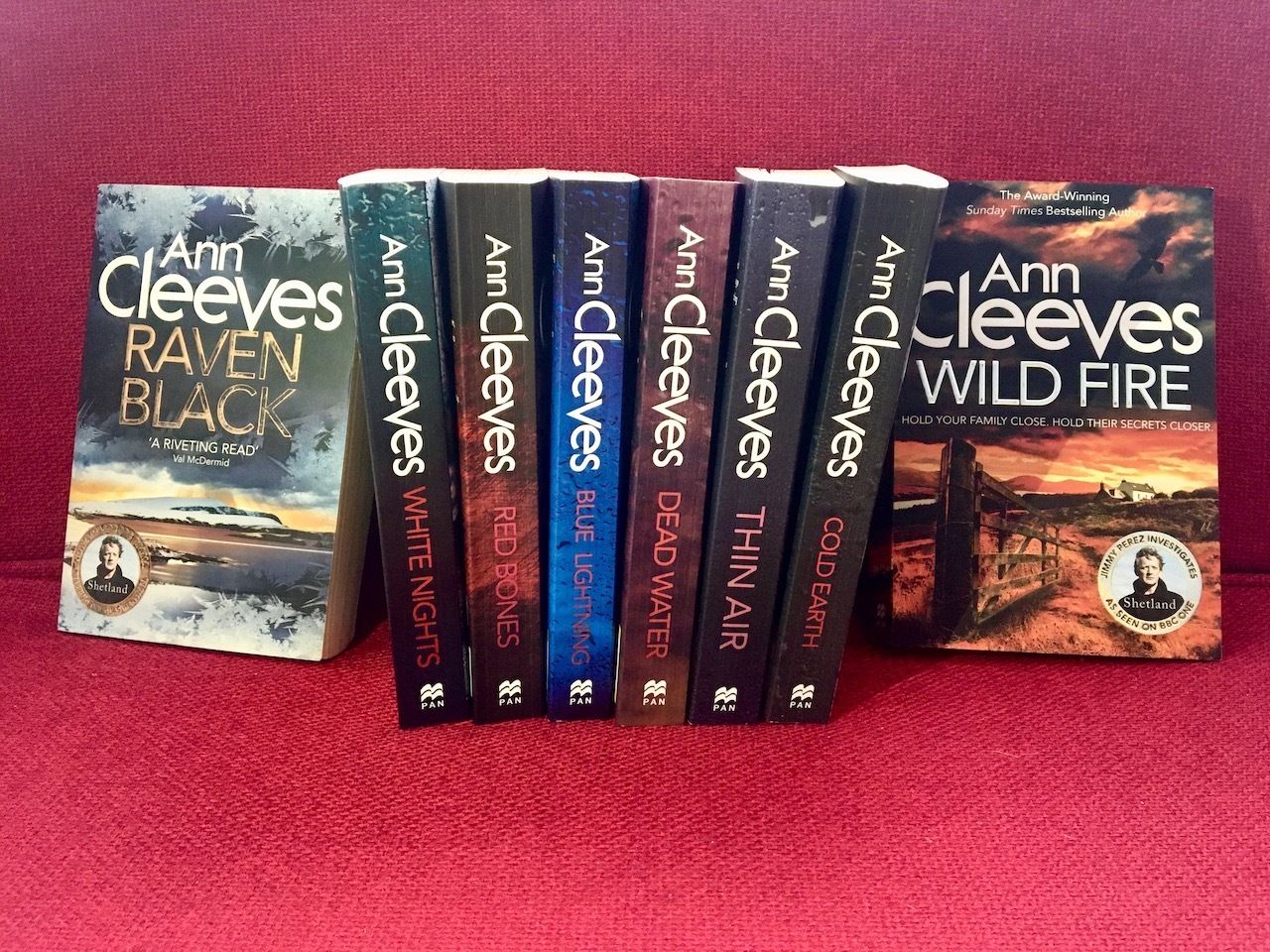 And while this is a series of gripping whodunit novels, in which readers are asked to look for clues and decipher every word and action from the characters while following Perez, it’s also much more than that. There’s romance, enthusiasm for the natural world, and a deep love for the location within the pages of the entire series.

Cleeves’ knowledge and passion for the islands are all over the books. She spends time describing the stunning landscapes and wildlife of Mainland, Whalsay, Fair Isle, and Unst through the eyes of her characters, but she digs deeper than the obvious geographical beauty of the islands. She immerses her readers into Shetland by integrating little-known local customs and folklore in fascinating details, from the famous knitting patterns described in Wild Fire to the wedding traditions of Thin Air and the music, dancing, and large events like Up Helly Aa — a fire festival rooted in Shetland’s Viking heritage — throughout the series. She also makes sure the local history is front and center. In Red Bones she describes the rich archeological sites present in the archipelago and the significant role of Shetland in WWII, helping the Norwegian resistance fight against the Nazi occupation.

But while the natural environment, the local customs, and the history of the islands are all shown in a positive light, Cleeves does not try to make Shetland look like a slice of paradise where everyone is as angelic. In nearly every volume she acknowledges the lack of privacy and the cruelty of gossip one can be subjected to in such a small place. And she never shies away from describing the island’s huge part in the oil and gas industry and its impact on the landscapes and its inhabitants. The Sullom Voe Oil Terminal on Mainland is described as an eyesore, as well as an important development that has brought money and opportunity, along with greed and flashiness, to a place where there was previously very little of either.

The books were adapted to TV in a critically acclaimed series called Shetland. The first three seasons are on Netflix and season one, two, and four are available on Britbox, but only the British public who has access to BBC One and ITV can see the full five seasons (season six and seven are in the works). We recommend that travelers in need of some escapism pick up the books first. After all, Cleeves won multiple literary awards for the series, so you can’t go wrong by picking one, or eight, of her novels, for a good, and riveting, time in Shetland.

HikingThe Bothies of the Scotland Highlands Are Remote Hideaways You Can Hike To
Tagged
Books
What did you think of this story?
Meh
Good
Awesome