There are certain activities that seem like they should require some prerequisites – climbing frozen waterfalls or attempting a 25-mile day hike, for example – but somehow don’t have any. And that includes taking flying lessons, which requires absolutely no prior education or experience. That may shock the average person, but adventurous travelers probably already know that one of the best ways to challenge yourself is to dive head-first into something brand new in the outdoors. And fortunately, all that’s required to start flying lessons is an open mind (assuming you don’t have acrophobia, of course!)

But of course, schools aren’t going to hand a fueled plane over and say “figure it out” – flying lessons are always under the guidance of a professional instructor. But considering how high-tech planes are and how dangerous it can be to fly one incorrectly, beginner flying lessons are relatively low-pressure and not nearly as expensive as you’d think.

That said, it does help to know what to expect. I took a flying lesson with 7:47 Aviation near the Finger Lakes Region in New York State. Here are seven things you’re probably wondering about before your flying lessons — but if you know these, you can count on smooth sailing the entire time. 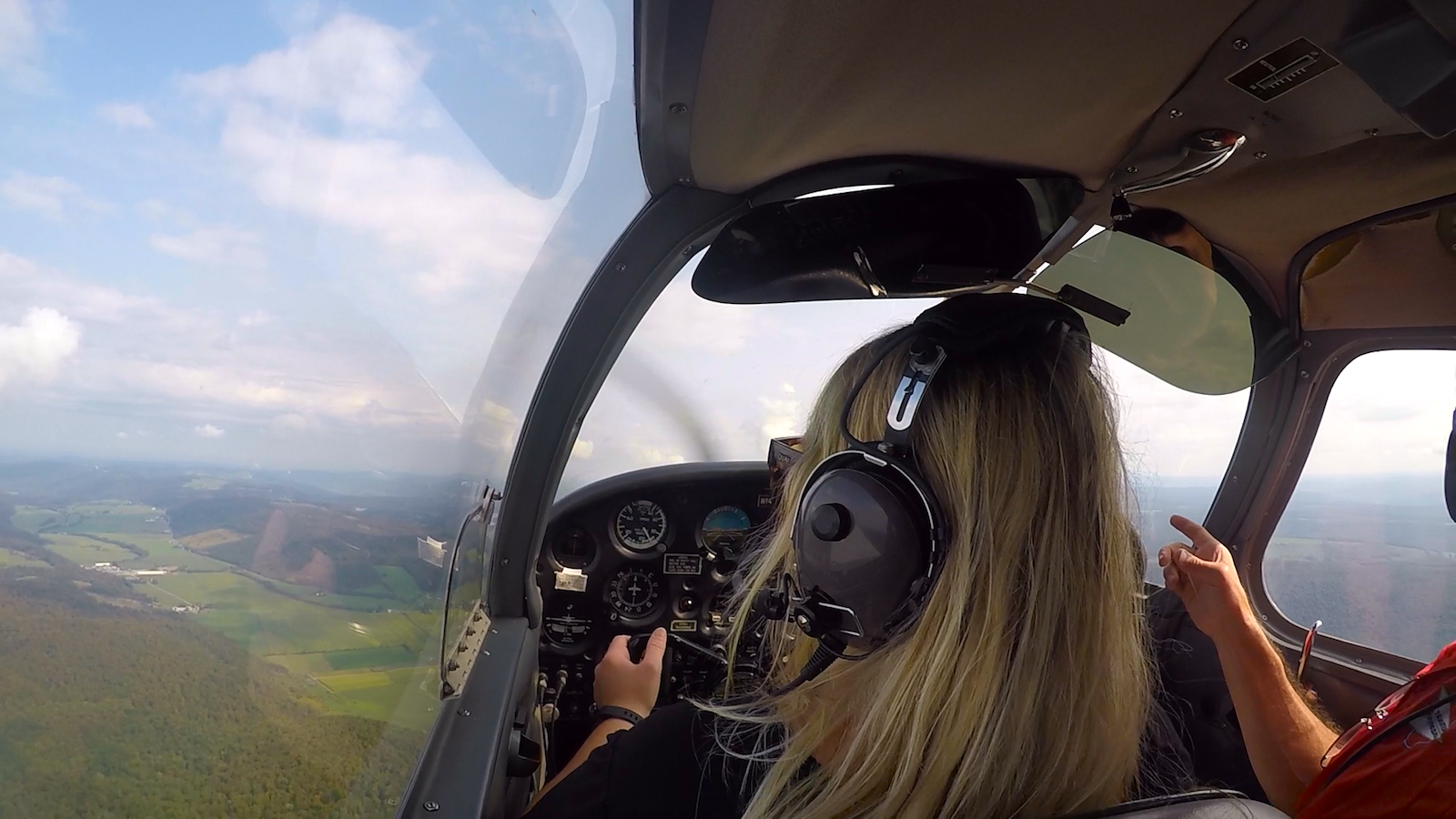 1. Wait, can you really just sign up for a flying lesson?

Yes, you really can! You don’t even need a driver’s license. But you will probably have to do a little more advanced planning than if you were just going for a guided hike. According to Jim Spaller, 7:47 Aviation owner, many flight lesson companies are small businesses – like, one or two people small. He says that he’ll occasionally bring in help in the busy season, but he teaches most of the flights independently. There’s a limit to how many students an instructor can take out in a day or weekend, so try to search for “flying lessons near me” as soon as you decide to take to the skies. The sooner, the better.

2. How much do flying lessons cost?

It depends where you are, but they’re probably not as expensive as you’d think. In New York, Spaller’s flying lessons start at $150 for a 40-minute intro flight or $230 for a one-hour flight.

Most planes are small, but you may be able to bring a guest, so ask your operator if you’re interested in having someone watch you fly. Spaller offers students the opportunity to take one guest up at no cost, but other companies may charge a small fee. Many shops will also offer two-person lessons, during which you’ll land halfway through to allow the pilot and guest to swap seats

3. Can you take just one lesson?

You certainly can, though the introductory flying lessons are usually intended to give you a taste of flying and be a gateway to taking a longer licensing program. But you can absolutely take the intro class (or classes) without furthering your flying education beyond that. 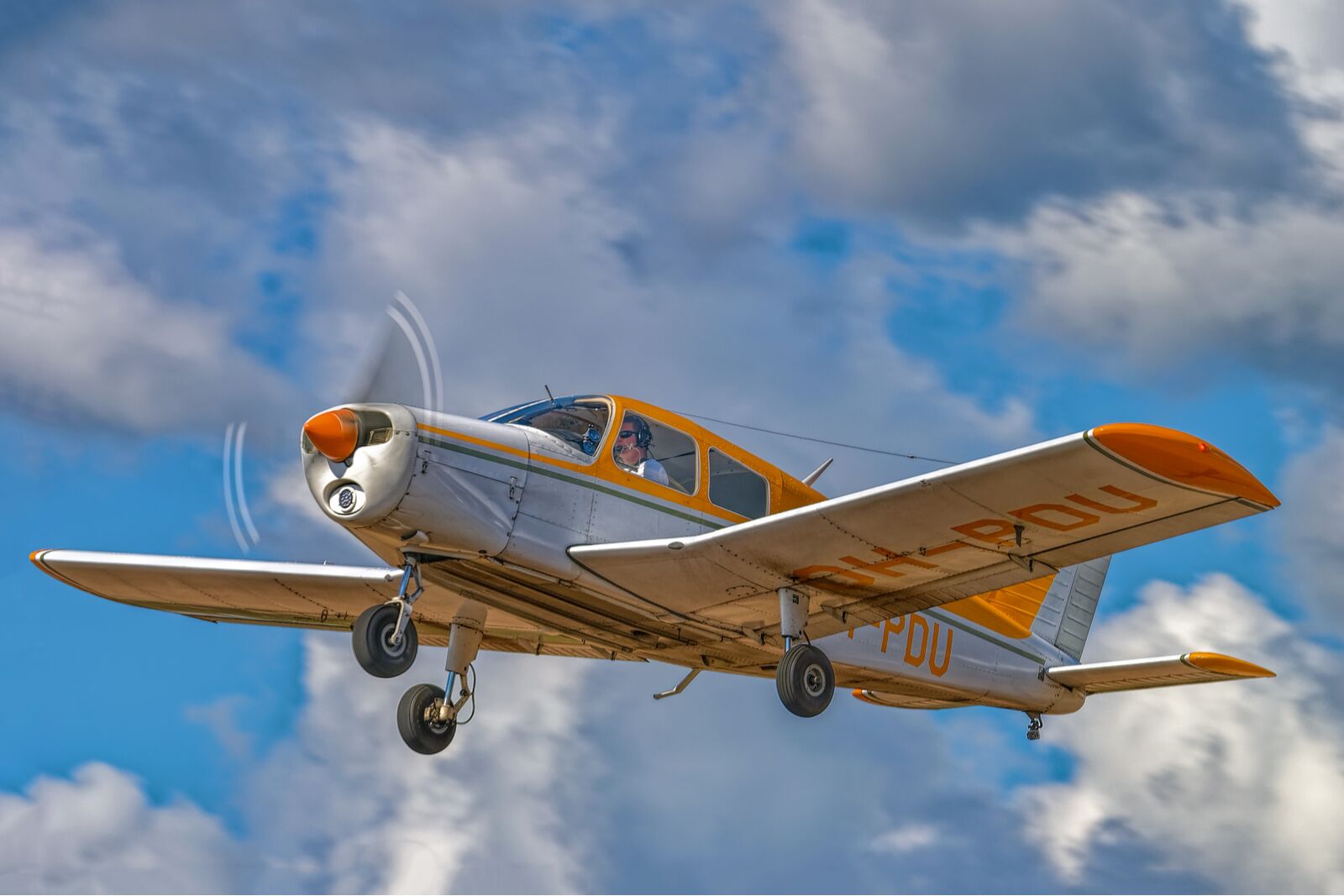 The planes used for flying lessons are quite small, like this four-person Cherokee Cruiser. Photo: Igor Grochev/Shutterstoc

4. What do I need to know about flying before my lesson?

It may be hard to believe, but you don’t need to know anything about planes to take a flying lesson. Spaller stresses that there are no prerequisites and nothing to study beforehand. That said, since the controls span the pilot and co-pilot seat, you can expect the licensed pilot to do the heavy lifting when it comes to taking off, taxiing, and landing. But it’s on you when it comes to being in the air, usually. “Typically, they end up flying 95 percent of the flight and I just kind of sit there and point things out to them,” says Spaller. “I really want them to get the full experience. I have controls on my side, too, for emergencies and landing, but they’re doing the majority of the work.”

Not one bit. “Guests are surprised to learn that the majority of the flying and taxiing is done with foot controls,” says Spaller. “Your feet should be active the whole time.” Even when the hand controls do come into play, your hands and feet are working in concert. “I sometimes tell people to put their hands on their knees because I don’t want people reaching out touching the controls,” Spaller explained. “It doesn’t do anything except make your feet stop doing what they’re supposed to be doing when you have the habitual reaction to reach for the hand controls.” 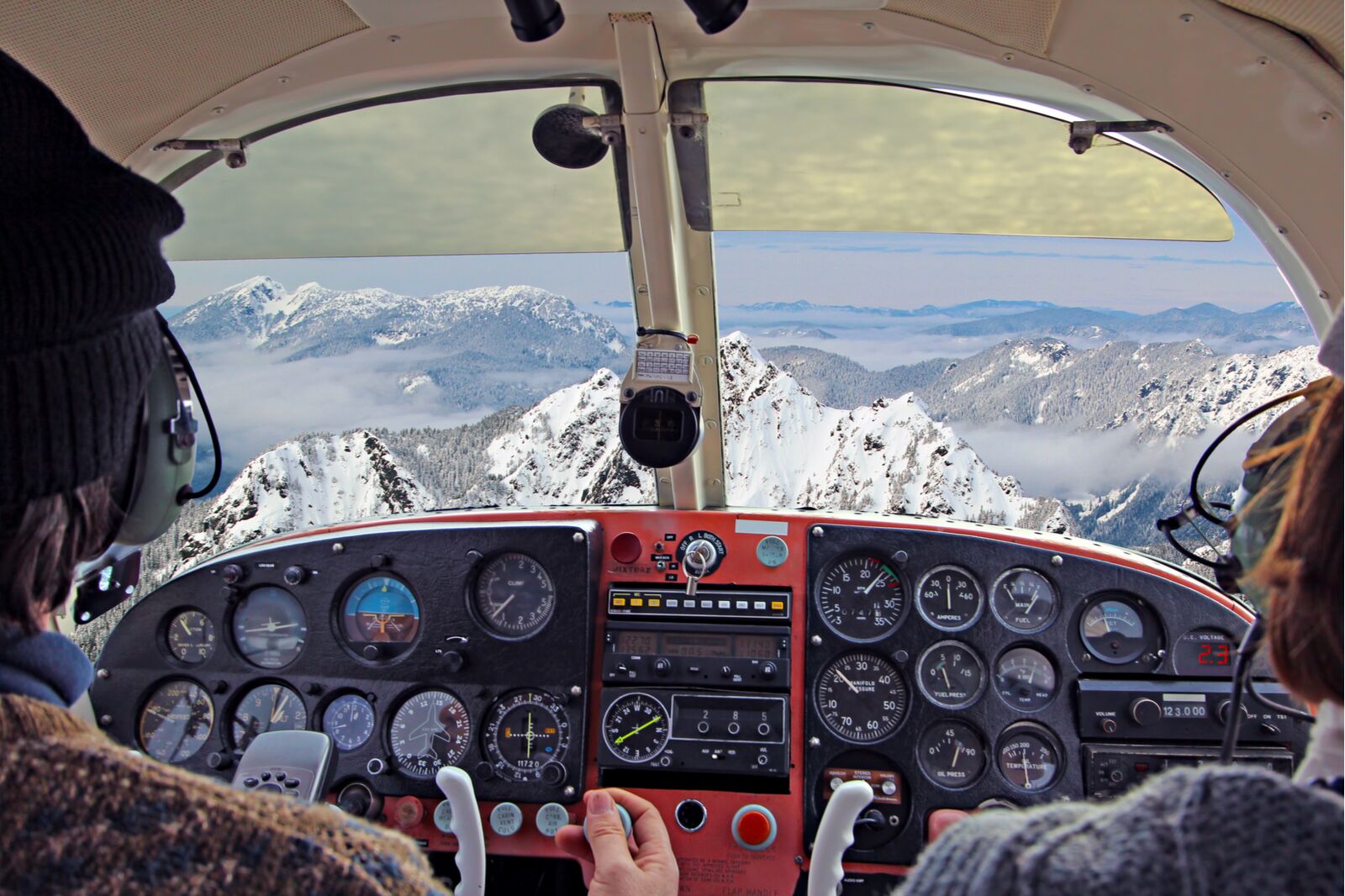 That depends entirely on where you take your flying lesson. In New York, we were able to get a birds-eye view of the state’s famous lakes. But since the small planes you’ll fly in stay relatively close to the ground (compared to commercial aviation, at least), you’ll be able to see the surrounding area better than you’d think. It’s not uncommon to spot wildlife in rural places like Alaska or Minnesota, or you could fly over vineyards in California and coastal areas in Louisiana. But try not to get distracted – you’re supposed to focus on flying, after all.

7. How do I find flying lessons near me?

It can be a little tricky to find a nearby one-time flying lesson rather than full courses. But the easiest way is just to search for “flying lessons” near either a major city or the state you’ll be in. If you don’t see any that advertise one-time or one-hour lessons, just email or call the results that do come up (which likely be for flight schools) and just ask them for recommendations. The private flight instructor community is pretty small and you’ll likely find that most schools know someone to recommend.

The Best Scenic Seaplane Tours in America for an Epic Afternoon Adventure
Tagged
Airports + Flying Outdoor
What did you think of this story?
Meh
Good
Awesome