587 million strong, everyday Indian women have the best stories of breaking social, cultural, and legal barriers. Some speak up for 15.3 million child brides, 40 million single women over 30, and the 52 percent of Indian girls that are illiterate. Others raise awareness for 4.8 million transgender individuals, 18 million deaf people, unemployed women, and innocent men facing false abuse charges by women. They all have stories of courage that motivate every Indian woman to take charge. Be it the 21-year-old Rajni who stopped five child marriages including her own, or the 30-year-old Leela who educates her five daughters in rural India. With a daily dose of determination and good old laughter, they make sure to keep stereotypes in check.

Here are 8 ordinary Indian women who inspire every woman to be the change. 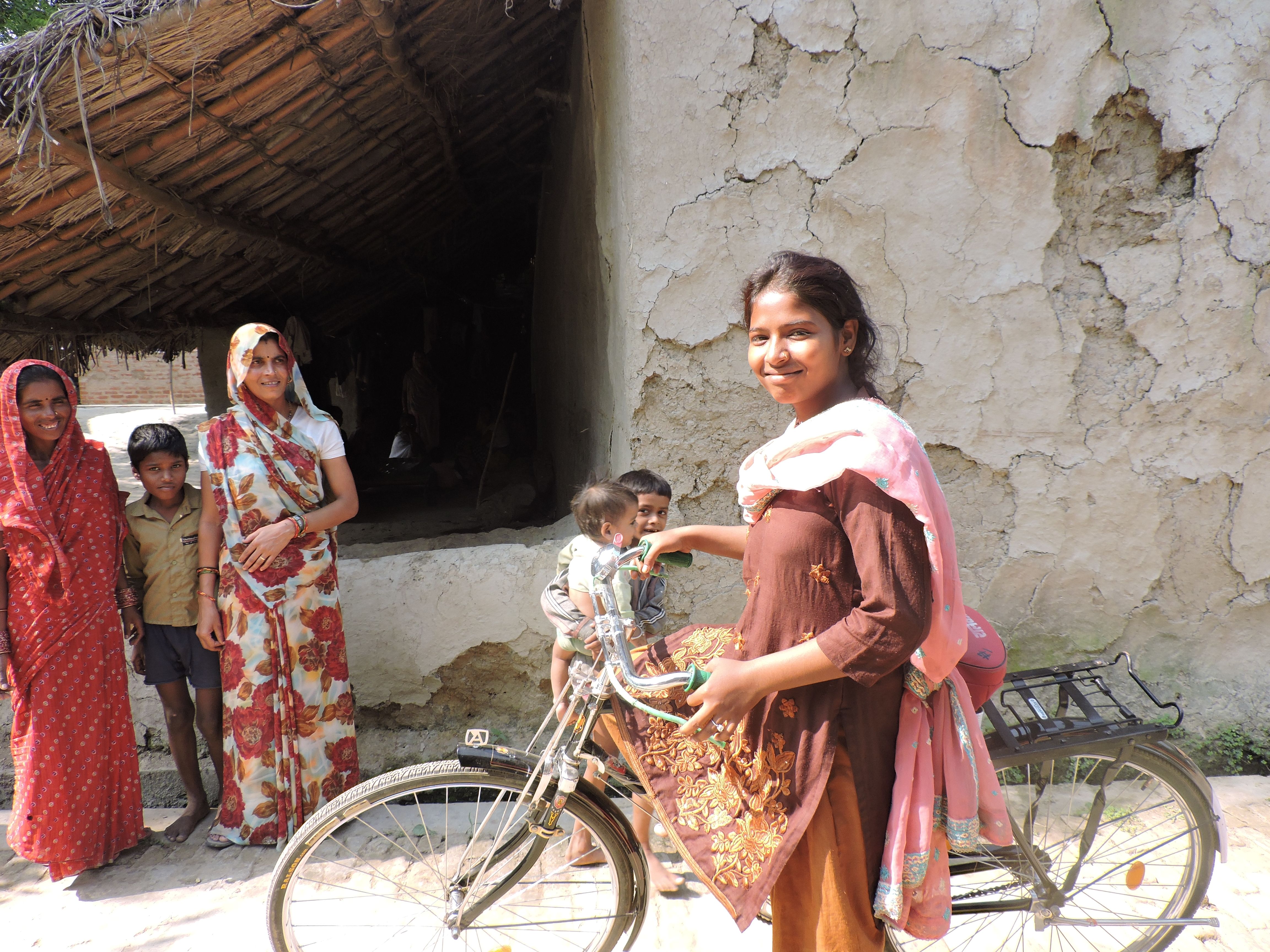 Daughter of a wheat farmer, 21-year-old Rajni stopped five child marriages including her own in a remote village in Uttar Pradesh, India. Her father insisted her to marry. She said no. She befriended all the police officers in her district and got them to support her human rights. She fearlessly travels 60 km every day on a donated bicycle to study at a government college.

Rajni is not only a Girl Icon recognized by Milaan, but also the organizer of literacy workshops for girls. Rajni fights for 15.3 million child brides in India. For perspective, that’s one-third of the world’s child brides. There has been some progress over the years, but the pace remains slow. Poor Indian parents worry about their daughters’ financial future. Schools are generally far, so safety also becomes an issue. Plus, the dowry amount increases as they get older. Therefore, early marriage makes the most financial and social sense. Laws exist but are weakly enforced. Families are unaware of social protection programmes. In such context, it takes enormous courage to break the cycle of dependency and helplessness. Rajni struggled initially but didn’t give up. Finally, she soared. 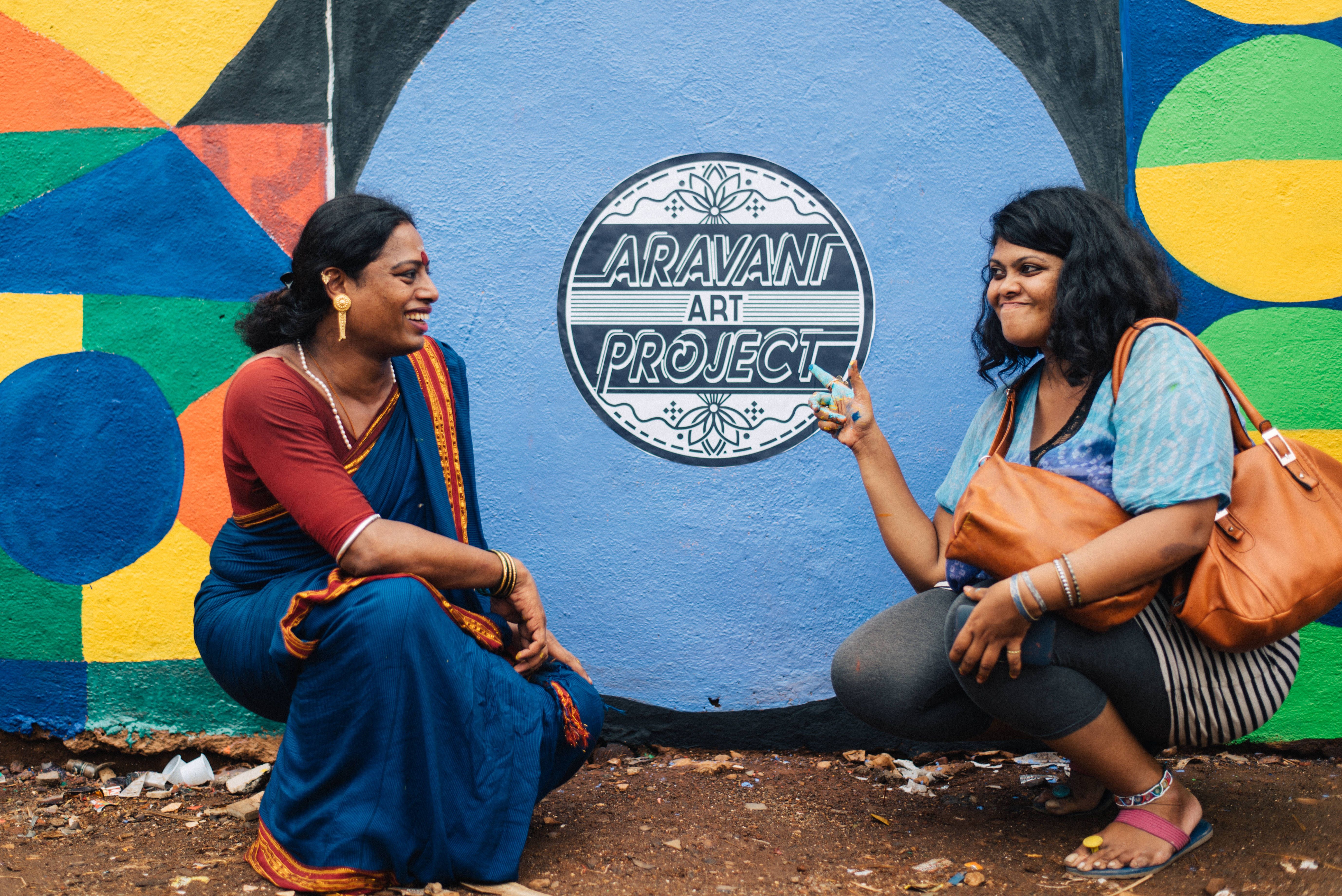 When Poornima Sukumar founded Aravani Art Project, she included the transgender community in using art as an enabler of expression and positive community engagement. With at least 10 transgender individuals in each project, the team has created thought-provoking murals on public walls in more than five Indian cities. Her initiative allows the transgender community to reclaim the streets where they face discrimination, poverty, social exclusion, and prejudice every day.

Transgender individuals, commonly called “Hijras,” have existed for more than 4000 years. Legally constituted as the “third gender,” the transgender community of 4.8 million regularly faces issues of legal ambiguity and social exclusion. For long, their gender was not recognised in marriage laws; the first transgender marriage was registered in 2018. Their voter identity was established with the NALSA judgment in 2014, but the draft revision two years later posed a whole new set of legal challenges. The community still struggles for social recognition. Many of them become sex workers and beggars for income, and have little access to medical care. They are deemed criminal by virtue of their being and are often subjected to physical and sexual violence by legal officials and civilians alike. Poornima uses art as a vehicle for mass education and lets the transgender community tell their own stories. 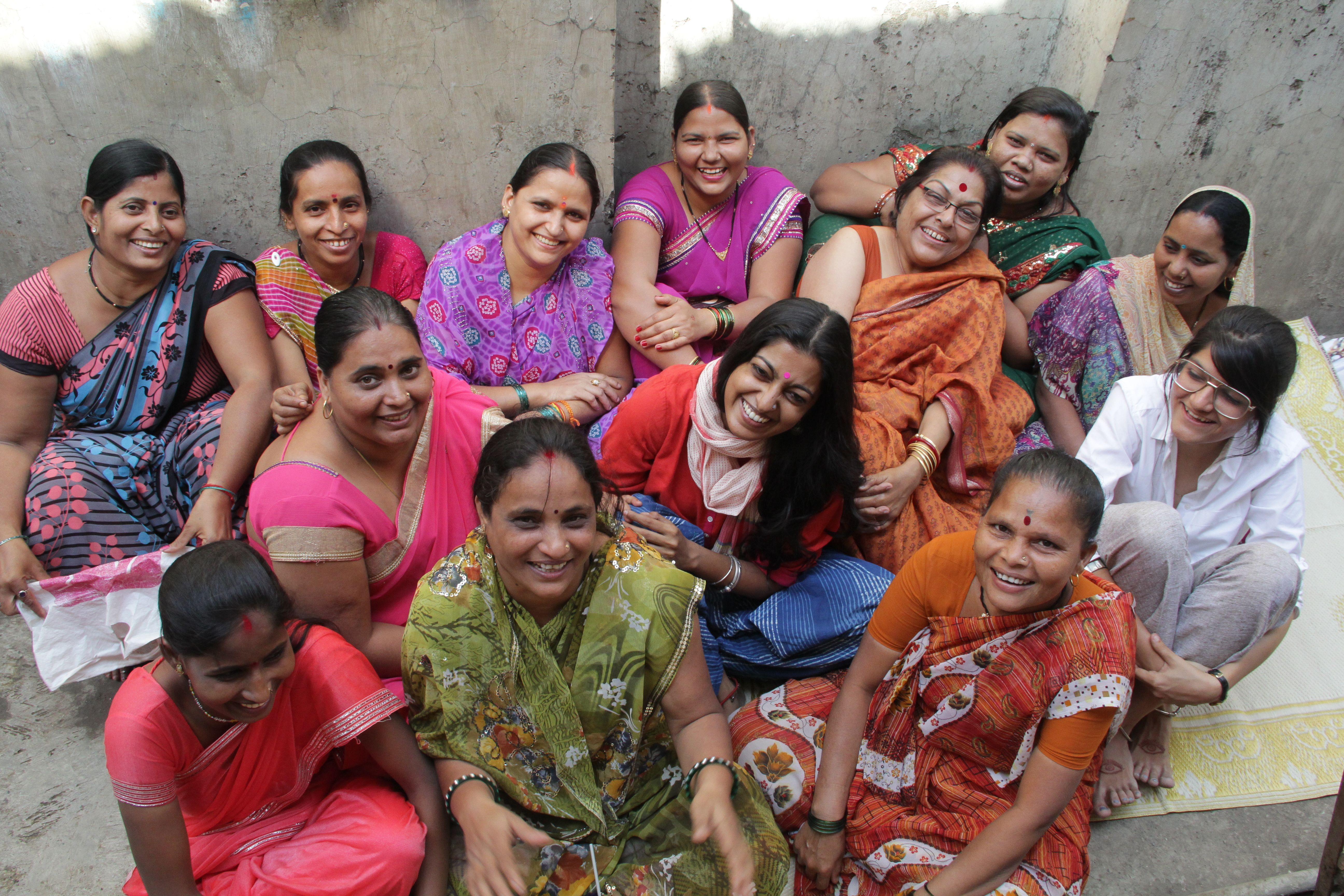 Tanushri couldn’t help but feel inspired by women’s creativity in the slums of Mumbai. They upcycled household items and reused them for their home décor by knitting and crocheting. Through Chindi, she turned their craft into income and resourcefulness into aspiration. Today, these women get noticed by their own families for creativity and work ethic.

The problem Tanushri is trying to solve is two-fold: wastefulness of the fashion industry and women’s sense of dependency. The global fashion industry will consume “a quarter of the world’s annual carbon budget by 2050.” In keeping up with fast-changing trends, the throwaway fashion culture has led to 1.2 billion tons of carbon emissions a year. That’s more than that of international flights and shipping combined. Now let’s turn to the women. In India, there are more unemployed women in urban areas than rural. To every 54.6 employed men, there are only 14.7 working women. The ratio is worse for married women in urban areas. Many of them are primary caregivers and illiterate. With Tanushri in the picture, these women in Mumbai feel proud of their skills as they make the fashion industry more sustainable.

4. Dakshayani is unmarried and a proud mother of twenty children. 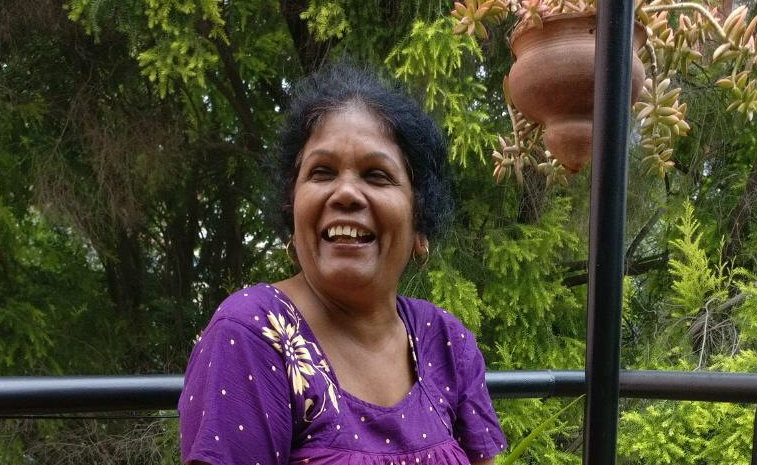 When Dakshayani was 32 years old, she left her village in Kerala. She was poor and studied only until 10th grade. As a 29-year-old unmarried woman, she became a social outcast who was ineligible for marriage and a bad omen on auspicious occasions. To hell with that, she said. She moved away as soon as she saw a newspaper ad about becoming a mother in SOS Children’s Villages. Today, Dakshayani is a 65-year-old mother of twenty successful children raised with love, freedom, and education.

Some 40 million women in India are single and over the age of 30. They are divorced, separated, or unmarried. A conservative estimate, this data tells the stories of many Indian women who deal with social stigmas every single day. Some may choose to be on their own, but many are often forced by circumstances to stay that way. Dakshayani shows us that every woman, with or without a man, is able and deserves to live with dignity. 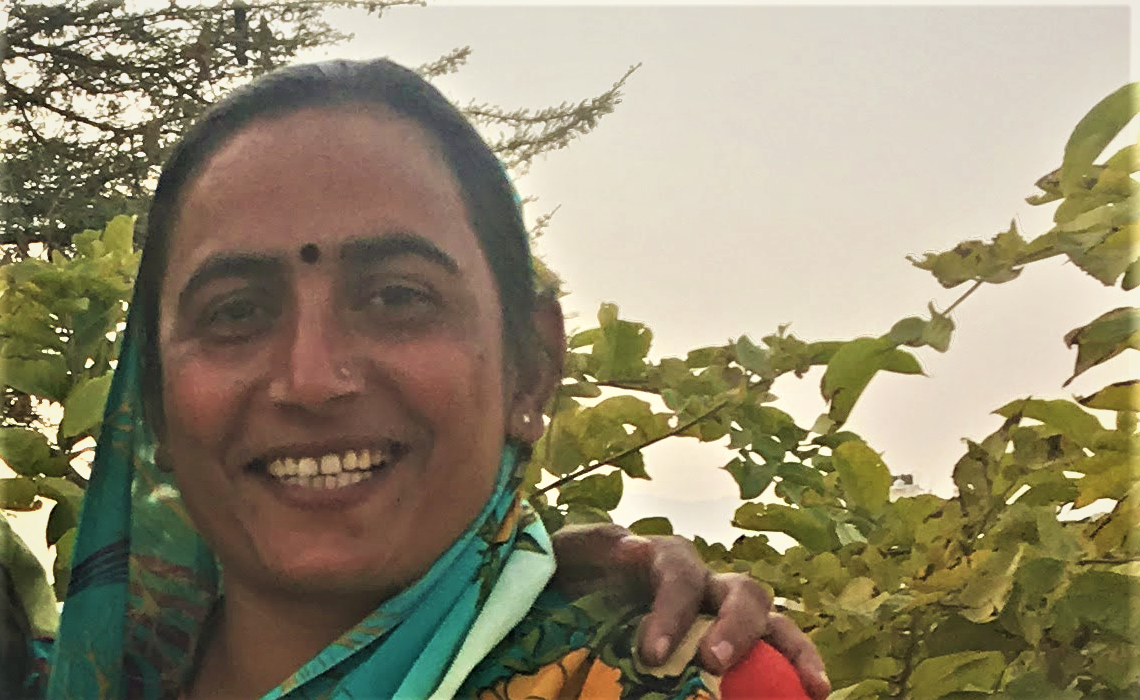 At 30 years of age, Leela educates her five girls in the rural slums of Pushkar, Rajasthan. She sends them to Fior De Loto for free. Her family may be poor, but in that open-air living room with a charpoy and plenty of sand, Leela’s daughters play musical instruments as good as they draw portraits. She encourages her daughters to mingle with global travelers and try new activities. Her 11-year old girl showed me how to make a video call on WhatsApp. The neighbors threaten to kick Leela out, but she could care less. She told her husband that the girls will not marry until they study and become financially independent.

Leela was raised in Rajasthan, a state with the lowest female literacy rate of 52.66 percent, lower than the average rate of “fragile and conflict-affected regions” in the Arab world. Many poor, rural families do not even know about the impact of educating their daughters. They understand marriage as the path to financial security. Such perceptions are deep-rooted and take time to change. Leela, however, refuses to follow the norm and paves the way for social and cultural transformation. 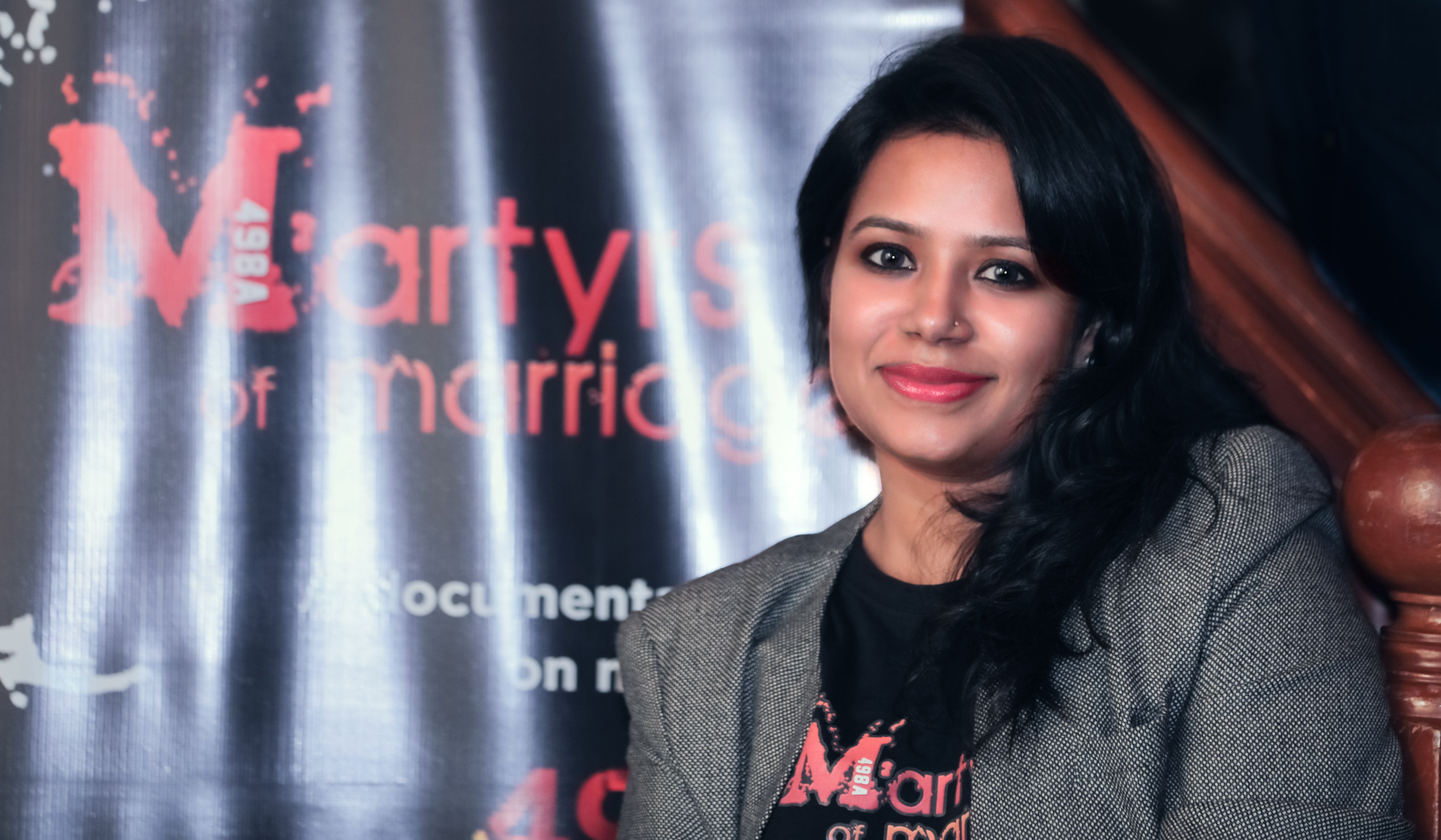 When Deepika’s cousin was falsely accused of demanding dowry by his ex-wife, she undertook personal investigation and found a pattern. Indian women had been misusing the law. Most women don’t, but some do charge innocent men on the premise of false accusations. These men end up paying the price of laws that are largely in favor of women. In 2016, Deepika released Martyrs of Marriage to show how Section 498A is misused by women and their families. The law is in place to protect married women from the cruelty of husbands and their families. But in her story, men face injustice. That’s right.

Ironically, the anti-rape law that was created to deter perpetrators also enabled women to file false accusations. In 2014, DCW confirmed that 53.2% of the rape cases filed in Delhi between 2013-2014 were found “false.” An investigative study found that out of 460 rape cases, some 189 accusations involved consensual sex on the promise of marriage. In most of these cases, the girls’ families accused men for not honoring their pledges. Even then, rape charges weren’t applicable. We tend to see this problem as a case of women being untruthful, but the misuse stems from a larger issue of legal frameworks and social stigmas. The point Deepika is trying to make is that everyone deserves justice, and that includes men.

7. Anju Khemani supports the deaf to express themselves. 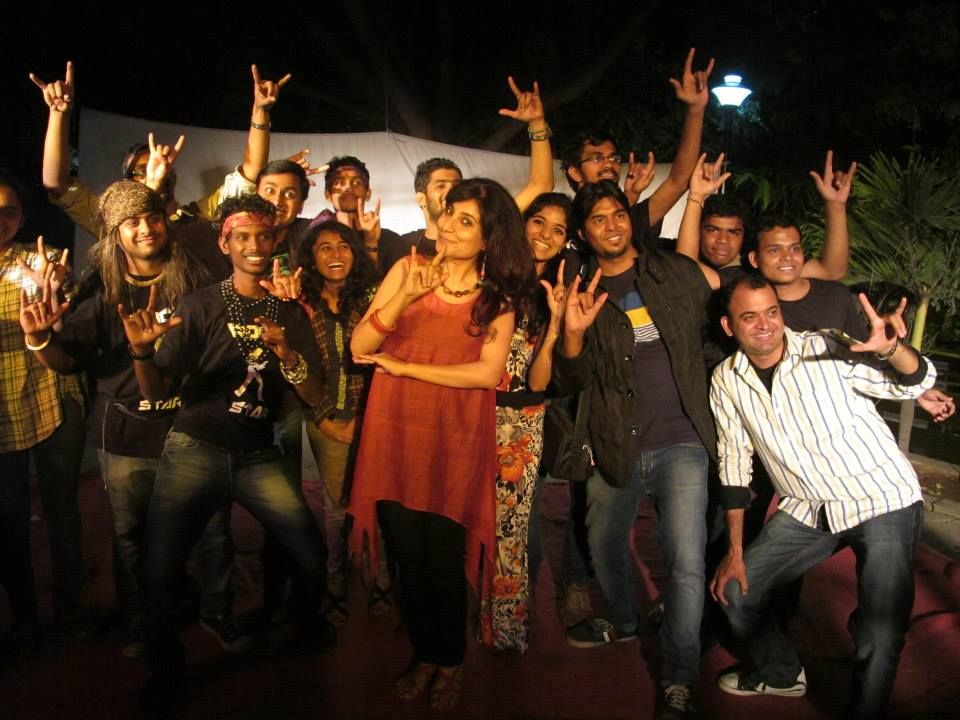 Anju Khemani worked with differently-abled people for eleven years. She realized the need to foster a sense of belonging in one’s culture and acceptance for other cultures. With D.A.D, she develops cultural productions to celebrate and share the abilities and self-identity of the deaf community in India. They perform plays in sign language and participate in dance workshops. With exceptional senses, they understand rhythm with balloon vibrations in their hands as the stereo pumps music. Sometimes, they help conduct sign language classes for both the deaf and the non-deaf community.

Around 18 million deaf people struggle for inclusion in India. This is just an estimate given that the Indian census only documents differently-abled people and does not specify the deaf population. Deaf children rarely go to school. Those who do are taught speech therapy instead of sign language. Many of them spend 12 years without learning anything. When they grow older, the hearing-impaired either get excluded from jobs or are paid little compared to others. The non-deaf community is largely unaware of how to even go about communicating with the deaf. There are some government policies in place, but implementation is largely missing. D.A.D lets the deaf community know that they matter and are competent. With the right support, they can inspire not only their own community but the society at large.

8. Priyanka Gupta claims her rights as a divorced woman.

Priyanka, a divorced mother, tried to apply for a passport for her 18-year-old daughter. She didn’t mention the father’s name and the officers rejected her application. This annoyed her, obviously. The legal guidelines clearly state that the father’s name isn’t required. Worn out by playing court during her divorce, Priyanka couldn’t fancy another legal game. So she filed a petition on Change.org. To her surprise, she got 1.5 lakh (150,000) signatures. She instigated a three-member inter-ministerial committee that resolved the matter, once and for all.

India has 1.36 million divorced people and it turns out that more women are divorced and separated than men. Interestingly, the number of people separated is almost thrice the number of people divorced. Curious, isn’t it? Divorce is still considered shameful and Indian women pay a higher price than men for dissolving marriage. Not only does it cause difficulty in getting passports, but a divorced status often means public humiliation and lesser chances of remarriage for women. Priyanka’s petition gave a voice to all those women who had previously been silenced by this stereotype.

Activism10 Inspirational Women From Around the World
Tagged
Activism India
What did you think of this story?
Meh
Good
Awesome

May 18, 2020 Zinara Rathnayake
✖
travelstoke
Download the mobile app
stoked by