Wine drinkers seek out regional wines because each tastes of the place it was made. The soil, the climate, the traditional practices: All of these things help define, say, a Bordeaux wine from a Napa wine. The same can be said for many things we eat and drink — including tequila. Yet for years, there’s been a practice of dosing tequila with additives that mask or smooth over the natural flavors that come from the agave. A new additive free certification hopes to shed light on the practice, thereby ensuring that when people fall for tequila, they fall for the true flavors of Mexico’s most famous spirit.

Tequila is a direct expression of where it’s made. It’s tightly regulated, and production is limited to a small part of Mexico that’s permitted to grow the agaves and distill the fermented agave juice into liquor. At its best, each bottle of tequila is a window into the five states where the agaves are allowed to be grown. However, the same laws that protect the regionality of tequila also allow for additives so long as it doesn’t surpass one percent of total volume. What sounds like a small amount can actually greatly impact the overall taste.

In response, TasteTequila, a tequila education site, started an additive-free verification program in July of 2020 through its Tequila Matchmaker database. Part of the inspiration can be summed up in a simple question, according to a statement on the verification’s release: “If too many people get the idea that tequila is saccharine, intensely floral, or cake-like, how will they judge the slightly sweet, subtle, and complex profiles of additive-free tequilas?”

“Before [the verification], we could say we were additive free,” says Steffin Oghene, the vice president of marketing and sales for El Tequileño. “Unfortunately, with no proof, it’s a lot harder to show people it’s not just marketing.”

El Tequileño only came to the states about a year ago, but it’s one of the top-selling brands in the state of Jalisco. It’s been around since 1959, and the blanco expression is the house tequila for the batanga cocktail at La Capilla, which is the most famous cocktail at one of the most famous bars in Tequila, Mexico. The verification puts a clear, third-party backed stamp on a natural production style the distillery has followed since its start.

“In the tequila business, you’re allowed one percent of additives like caramel, sugar, etc.,” Oghene says. “But the regulations don’t specify the concentration, and the concentrations can be so high that distillers can hide what comes out of the still.”

At its most simple, the additive-free verification is a sign of transparency. Terroir is a word most often used for wine, but it applies just as much to tequila. Agaves grown in the Los Altos (highlands) region typically result in tequilas with tropical fruit and floral notes, as well as a vegetal, citrusy, and peppery taste. Those grown in El Valle (or the lowlands) often give off prominent spice and green pepper notes. All of this can be lost when additives are thrown into the mix. 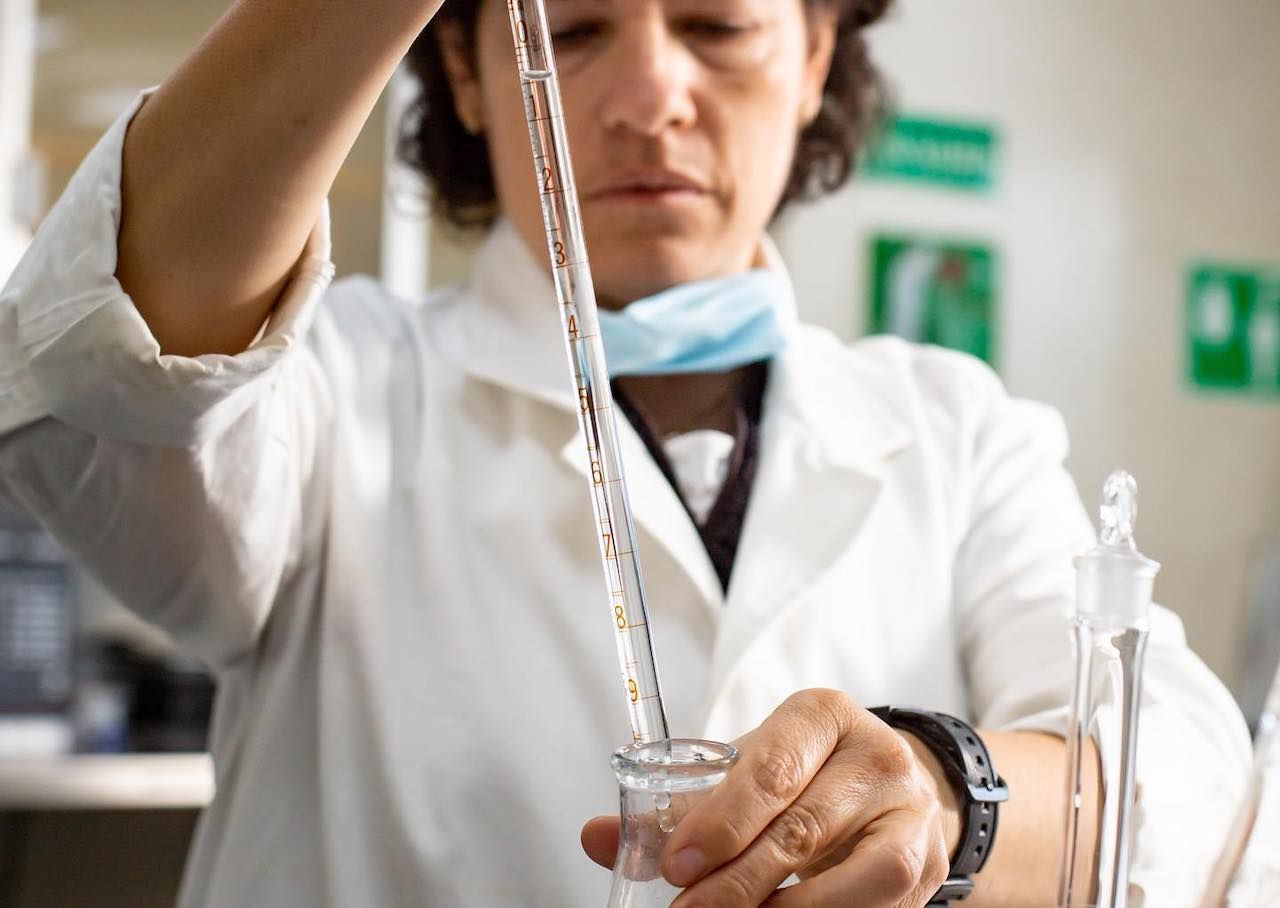 It’s completely legal for tequilas to use additives in every style but blanco. Brands aren’t required to put additives on the label, and even 100 percent agave tequilas commonly use them. The compounds have a purpose and can correct any irregularities to make sure a brand makes the same tasting tequila time after time, but additives can also flatten tequila’s natural flavors or add an unnatural sweetness.

There are four common additives used, according to TasteTequila. Concentrated sugar syrups from agave nectar, sugarcane, corn, aspartame, or stevia bring the sweetness up. Glycerin, a natural byproduct of fermentation, can be added as well to make a spirit smooth and more full-bodied. Oak extracts give a lightly aged tequila big barrel flavors like vanilla. Finally, there’s caramel, which adds color and is commonly used to ensure a consistent hue from batch to batch.

These additives could make your agave spirit taste more like toasted marshmallows than agave. And for some people, that’s what they want. But the best way to understand all that makes tequila special is to start with one that tastes like agave.

After El Tequileño was verified, a Florida distributor told Oghene that his customers were seeking this type of transparency. In other words, the days of tequila as a throw-it-back spirit are fading, and there’s been a fast-growing demand in the United States for premium tequila with character.

An additive-free verification is one way for drinkers to find that character, but it’s an intense process. It requires an in-person visit and unfettered access to detailed distillation records. To date, there are more than 180 verified additive-free tequilas — a drop in the bucket for how many tequilas are on the market. It’s a constant work in progress, but it’s a start.

Before the pandemic, the number of people who traveled for a taste of culture through local food and drinks was on the rise. It’s impossible to know if the same will be true on the other side of the current moment, yet respect for local ingredients and products that let the terroir shine aren’t going away.

El Tequileño Reposado Gran Reserva: A spirit made from agaves from Los Altos in Jalisco. It’s fermented with a natural yeast strain in open tanks that are surrounded by centuries-old mango trees and uses water that flows from the extinct volcano Volcan de Tequila. The Reposado Gran Reserva is ideal for sipping with a light oak flavor that doesn’t cover up the herbal agave flavors.

Tequila G4 Reposado: The brand crushes its agaves from Los Altos using a tahona, a traditional stone mill, and ferments in an open-air steel tank. It tastes first and foremost of cooked agave, with an earthy and peppery taste balanced by light oak notes from the American oak barrels it’s aged in.

Fortaleza Reposado: Fortaleza uses agaves from the lowlands that are roasted in brick ovens and crushed with a tahona. The tequila has a little bit of peppery spice and citrus that’s complemented by natural vanilla notes from the oak.