A lifelong whiskey guy, I’ve never really dabbled in the world of tequila. That’s why, when I got the opportunity to visit the Casa Salles tequila hotel right next to a distillery in Tequila, Mexico, I admit I was initially a little hesitant. But as Buffet would surely understand, the allure of learning about tequila in the drink’s birthplace was simply too tempting to pass up — even for a whiskey guy.

As it turns out, you don’t have to be a tequila connoisseur to enjoy a trip to Tequila. Even if your only experience with tequila is cheap shots in a college bar at 2 AM, Tequila is the perfect place to broaden your base of knowledge and expand your palate.

“Tequila is a way of life here,” as Steffin Oghene, vice president of marketing and sales at El Tequileño, puts it. “There’s a bar or distillery literally around every corner, so it’s really the heart of the tequila world.” 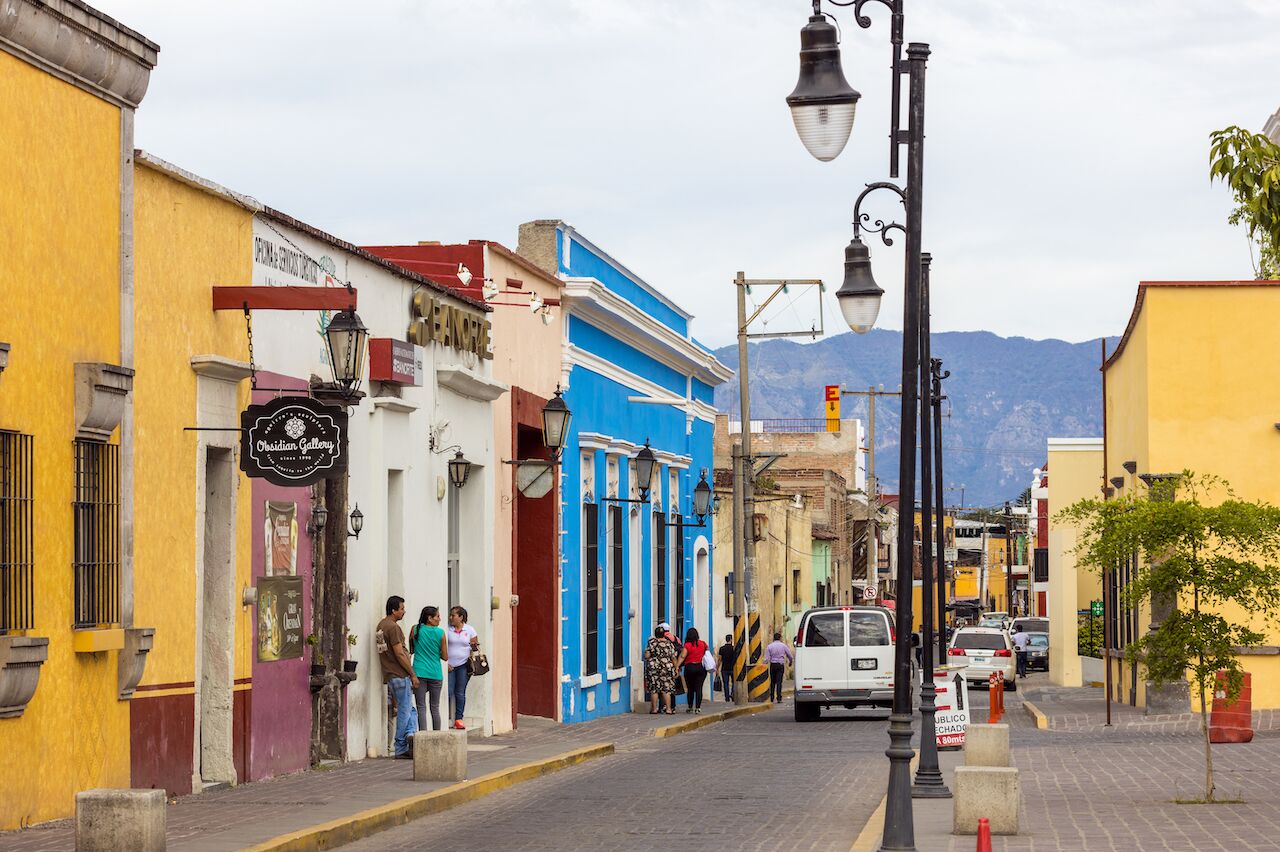 This “heart of the tequila world” mentality holds true for the chemical makeup of the spirit itself. Driving into Tequila from Guadalajara, the nearest major city, you’ll likely notice some signs that you’re heading toward the capital of tequila before you actually get there. Tequila is located between the foothills of the Tequila Volcano and the Rio Grande de Santiago valley, and it’s surrounded by rolling fields filled with blue agave.

For more than 2,000 years, people have made alcoholic beverages with the region’s blue agave, though the first looked much different than contemporary tequila. Pulque was the dominant drink made from agave in pre-Columbian Mexico (and the low-alcohol fermented drink is still consumed in Mexico City and other parts of the country). Spanish conquistadors who colonized the area began distilling fermented agave juice to make liquor in the 1500s, and the “father of tequila,” Don Pedro Sanchez de Tagle, started producing his spirit around 1600. Then, in 1758, the Cuuervo family was granted the first license to commercially produce tequila.

This was only one type of spirit made with Mexico’s many types of agave (today, the types of agave distillates have been further classified). To set the spirit made here apart from the rest, the style was christened with the name of the town where production started. Thus, Tequila granted its name to tequila.

There’s a lot more that goes into the tequila of today compared to the loosely-defined drinks of the 16th century. Tequila is a protected drink, and producers have to follow a strict set of rules to be able to label their liquor tequila. First and foremost, tequila must be made with at least 51 percent blue Weber agave. The rest can be distillate spirit from other sources. Where it’s made matters, too. Tequila must come from one of five states in Mexico: Jalisco, Guanajuanto, Michoacan, Tamaulipas, or Nayarit.

As you can imagine, in the town of Tequila, a UNESCO World Heritage Site, they take their tequila pretty seriously. But this is no token tourist destination. Tequila is home to dozens of active tequila distilleries, including El Tequileño, José Cuervo, El Pandillo, and Casa Sauza. There’s a cozy tequila bar on every corner, and it’s filled with people who fully embrace the tequila state of mind.

Even if tequila isn’t your drink of choice, its town of origin is the perfect place to acquire a taste for both the spirit and the waterfalls, agave fields, and volcano that add to the stunning natural beauty of the region.

Where to drink tequila in Tequila, Mexico 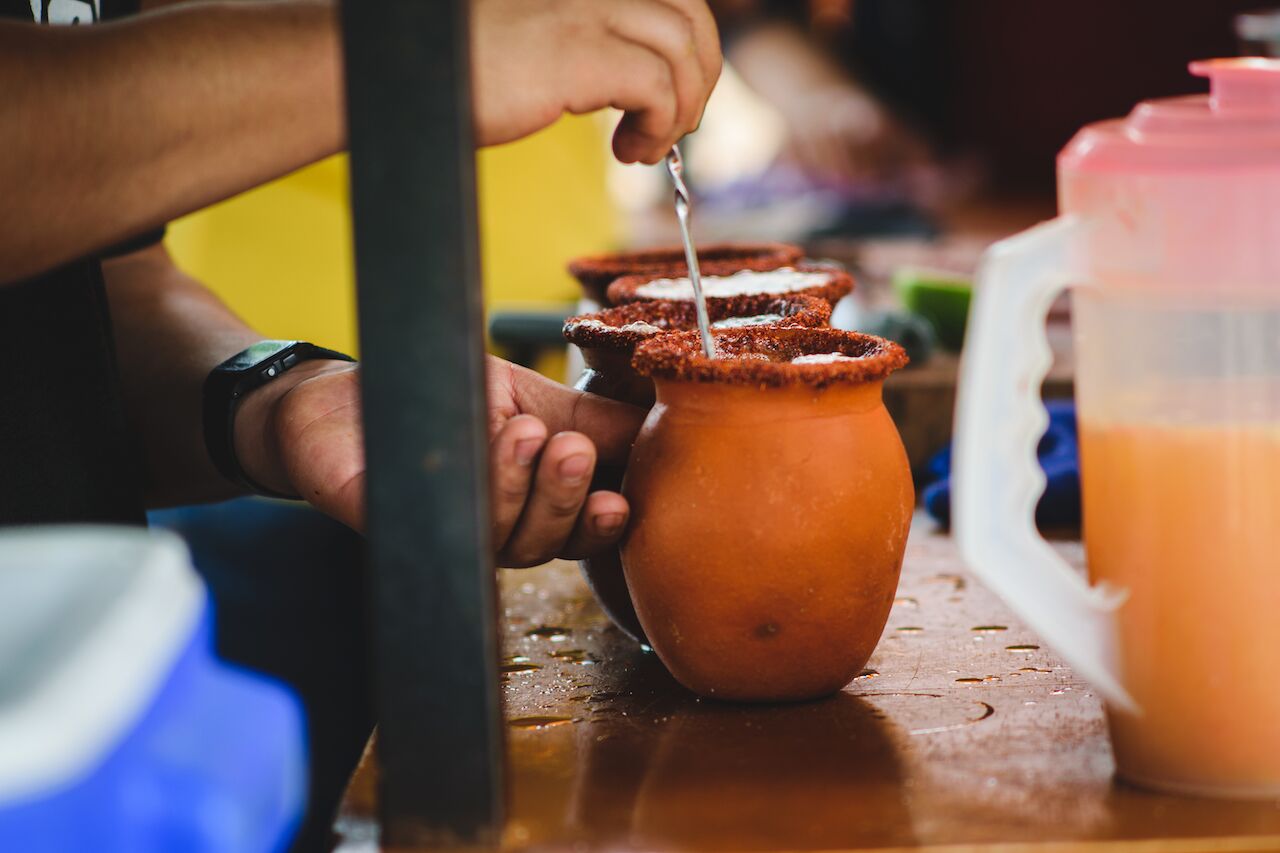 Don’t worry if you’re new to tequila and not really sure where to start. They’ve got it all here, and it won’t take long before you find a tequila that tickles your palate.

This is a great place to start. The oldest and most legendary bar in Tequila, La Capilla appeared on the list of the World’s 50 Best Bars from 2011 to 2015. With a dark, rustic aesthetic, a plywood bar, and plastic tables, this place will make you feel right at home as you settle in with a batanga — the bar’s signature drink of tequila, coke, and lime juice served in a glass with a salted rim. While it sounds simple, there are some specifics that make La Capilla’s batanga stand out. In its purest form, the cocktail requires Mexican Coke made with sugar cane rather than corn syrup, and El Tequileno’s tequila blanco, making Tequila the best (if not only) place in the world for an authentic Batanga.

Another bar bursting with character. Here, the decor is reminiscent of Día de los Muertos year-round, with colorful “catrinas” — female skeletons that have become a symbol of the holiday — adorning the walls alongside license plates and a giant mounted deer head. A blend of traditional Mexican cantina and a familiar dive bar, Catrina Cantina is one of the liveliest bars in town and a staple of weekend revelry.

If you don’t mind taking a small trip, Cantaritos El Güero is one of the most popular and iconic tequila bars in the area. It’s located about a 15 minute drive from the town itself and it’s one of the most well-known venues in all Mexico for ordering cantaritos drinks — clay pots filled with a mixture of tequila and fruit juices, with a rim of salt and spices. The drink is native to the state of Jalisco, and can commonly be found at local fairs and celebrations throughout Mexico. You can take your drink to-go as you cruise through the valley (with a designated driver, of course). And yes, you’re allowed to keep the clay pots. 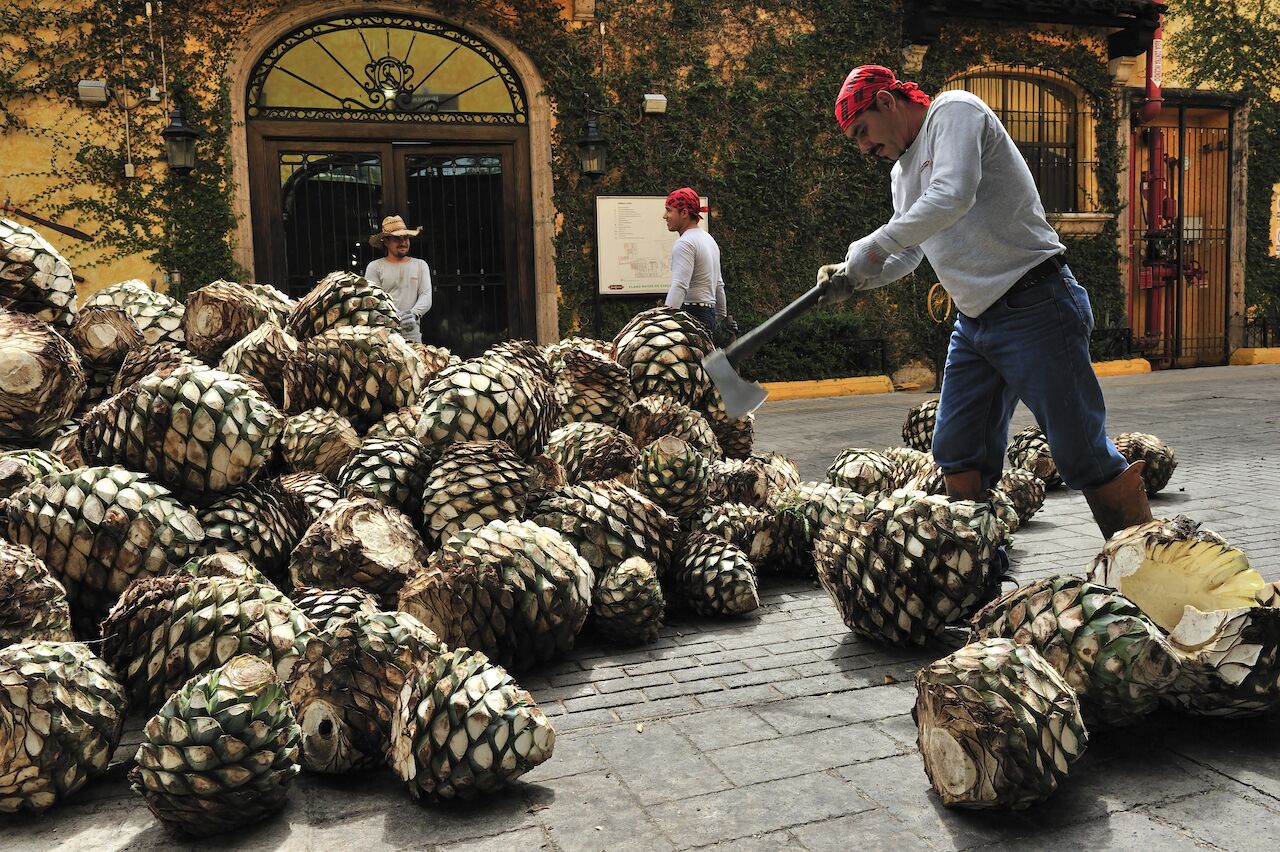 Once you’ve sampled some of the bars, you might feel the urge to go straight to the source. And that’s when you should head to a distillery or two. To say there’s no shortage of tequila distilleries in Tequila would be an understatement.

It feels like there’s a distillery on every corner, and no one’s complaining. In addition to the smaller tequila industry players, you’ll find Big Tequila has a foothold here as well. Veritable temples to agave, Tequila’s distilleries are the best way to educate yourself about your new favorite spirit, and perhaps most importantly, where all those flavors are actually coming from.

Here’s where to get started. 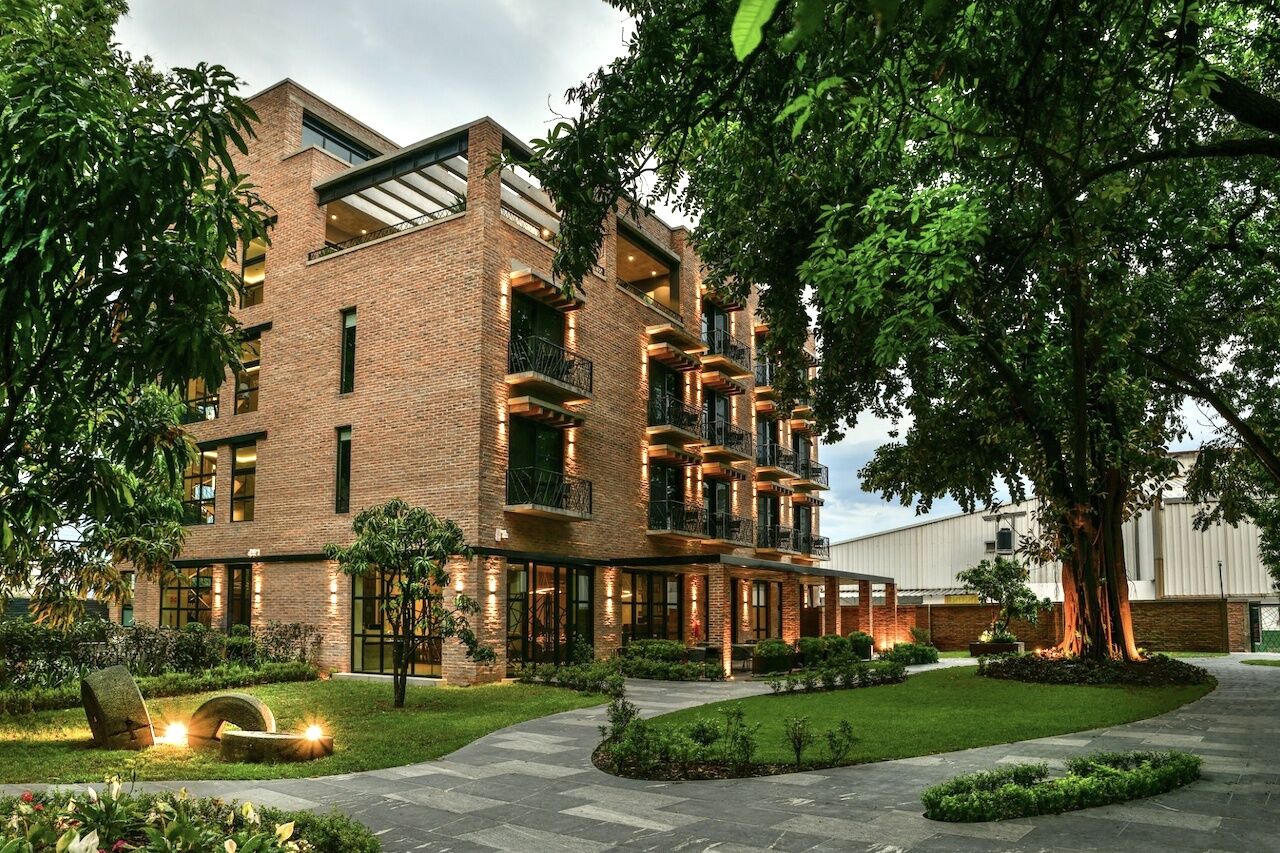 While certainly not the biggest tequila producer in town, El Tequileño has left a large imprint on the community. A truly local enterprise, El Tequileño was created in Tequila in 1959 and is named after the town itself. A direct descendant of the company’s founder currently serves as master distiller, and in 2019 he helped inaugurate a new boutique tequila-themed hotel right next to the distillery. The elegant Casa Salles Hotel is billed as the world’s first “Tequila Hotel” and has already become a fixture of the community. Tequila’s residents frequent the hotel’s upscale Mango Cocina de Origen restaurant, while visitors enjoy its proximity to the distillery, which offers regular tours and tastings.

Another big distillery option, Jose Cuervo also offers a tour of its flagship ​​La Rojeña distillery — the oldest in all Latin America. The tour includes an explanation of the tequila production, and a tasting in the expert tequila tasting rooms.

What to do in Tequila, Mexico, without drinking

Tequila, the drink, isn’t the only activity to do in Tequila the town. Thankfully, since you can only do so many trips to distilleries and bars, there are plenty of stunning waterfalls, agave fields, and a volcano to see.

If you’re looking for a solid hangover distraction, the Tequila Valley is full of natural wonders. As you were driving into Tequila you probably marveled at the blue agave fields on the roadside and longed to explore them for yourself. Well, now’s your chance. 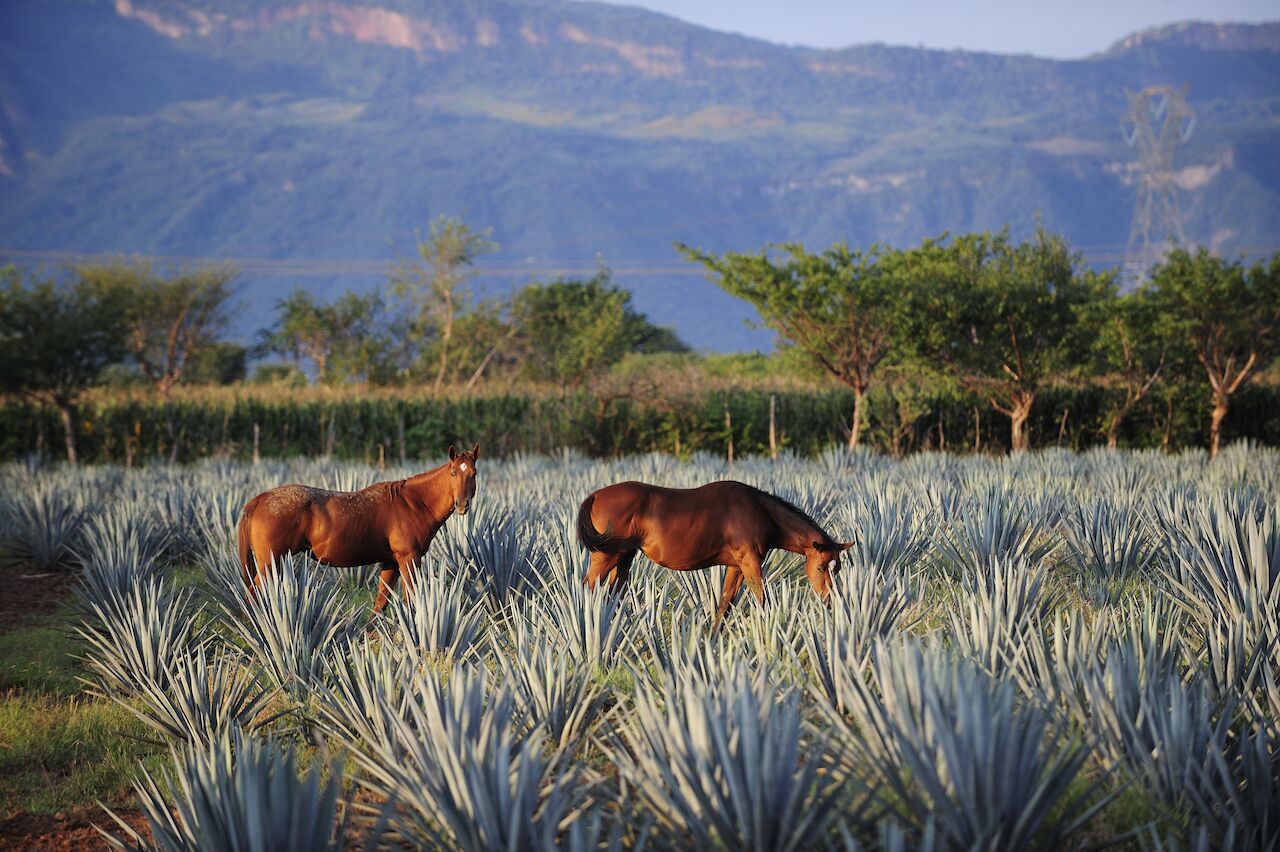 There are several horseback riding tours available throughout the Tequila Valley that allow you to mount a trusty steed and wander the seemingly endless fields of agave. Mickey Marentes Tours, for example, begins at a hacienda in the nearby town of Amatitán, and brings you through the neighboring agave fields. They even offer snacks and a tequila tasting in case you haven’t had your fill yet.

If you’d rather explore the area on your own two feet, head to the Volcán de Tequila (or Tequila Volcano), just an hour south of town. It’s extinct (meaning inactive), so it sounds more dangerous than it actually is. The fourth highest volcano in the state of Jalisco, it peaks at around 9,600 feet of elevation and requires no special gear or technical ability to climb. The hike up is relatively easy, and can be done either on your own or with an experienced guide. From the summit — a rock formation of hardened lava — you’ll enjoy incomparable views of the rolling agave fields and the town of Tequila itself. 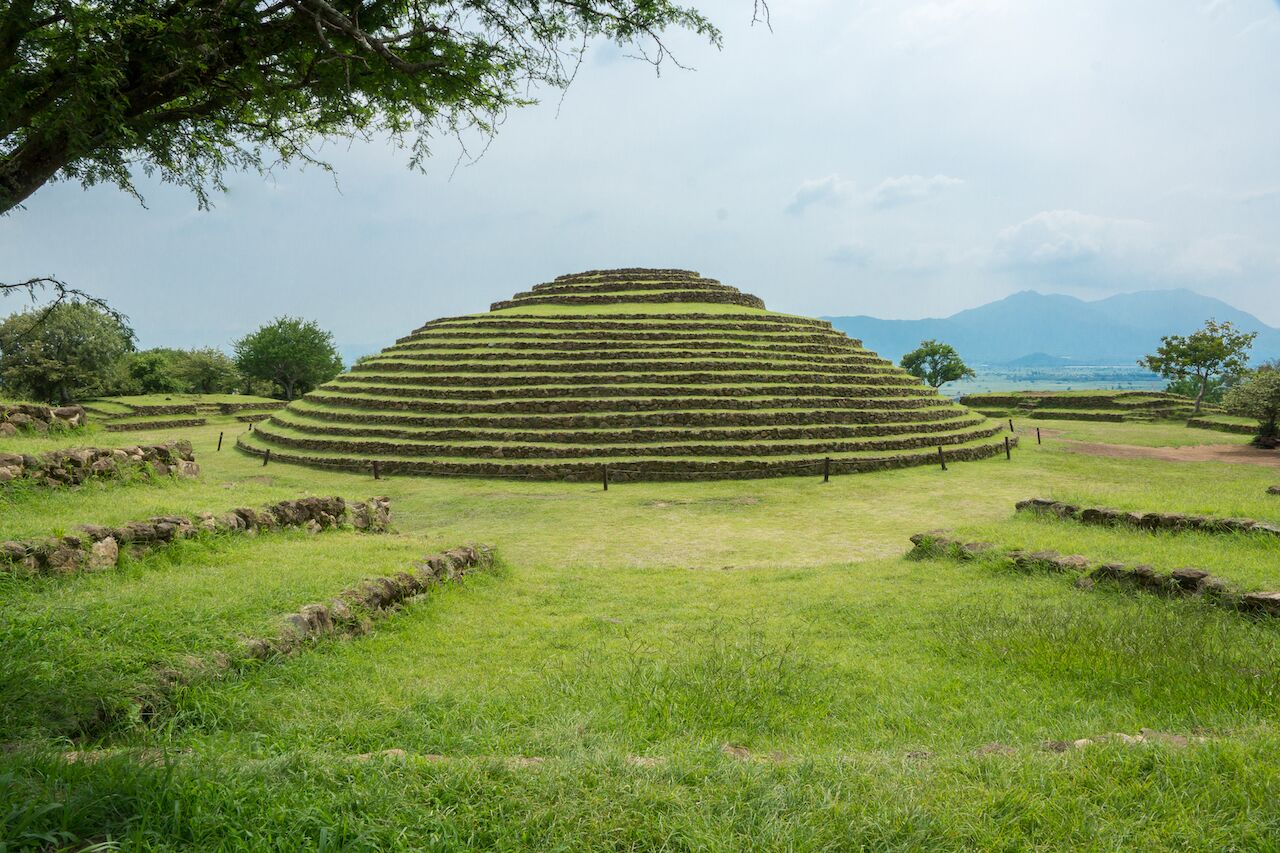 One of the valley’s most notable features is the Guachimontones. These circular pyramids date back to around 300 BCE, and consist of round central altars surrounded by a square platform. Built as tombs by the Teuchitlan people, these pyramids can be accessed via a steep hike from the nearby Interpretive Center. The grass-covered pyramids are worth devoting a day to exploring.

For a more relaxing and tranquil hiking experience, trek down the short trail through the Tequila Canyon to Los Azules waterfalls. Just 10 minutes from town, the waterfalls can be accessed via a dirt road, bookended by blue agave plantations, which turns into a ravine. The falls are 300 feet high, and you could easily spend the whole afternoon swimming in the pool or picnicking under the dense foliage.

5 essential experiences to have in Tequila, Mexico

What makes a good bar? Ask one of Mexico’s oldest cantina owners

The most popular cocktail in every US state

The most popular cocktail in almost every country