The country of Austria may bring up visions of luxury skiing vacations in the Alps or expensive gourmet dinners set to live music from Schubert or Mozart, but you may be surprised to learn that one of the country’s major cities is surprisingly affordable: Salzburg.

What that means is that Salzburg has a unique history divided between the new and old parts of town, both of which are rich with things to do. If you’re trying to visit some of the coolest towns in Europe without breaking the bank, you’ll definitely want to add it to your travel list. And Salzburg is pretty cool. It has a reputation for being a day-trip stop for people on group tours, but it’s worth a few days of your vacation time, especially if you want to explore some of the recreation just outside town. Things to do in Salzburg range from hikes to beer tastings to historical sites to sprawling art museums, and the city is super safe, quite pretty, and compact enough to easily explore on foot.

So it’s just a bonus that some of the coolest things to do in Salzburg cost next to nothing. And as of writing, the exchange rate between the Euro and US Dollar is nearly one to one, making it an even more affordable time to plan a trip.

Must-know money-saving tips for things to do in Salzburg 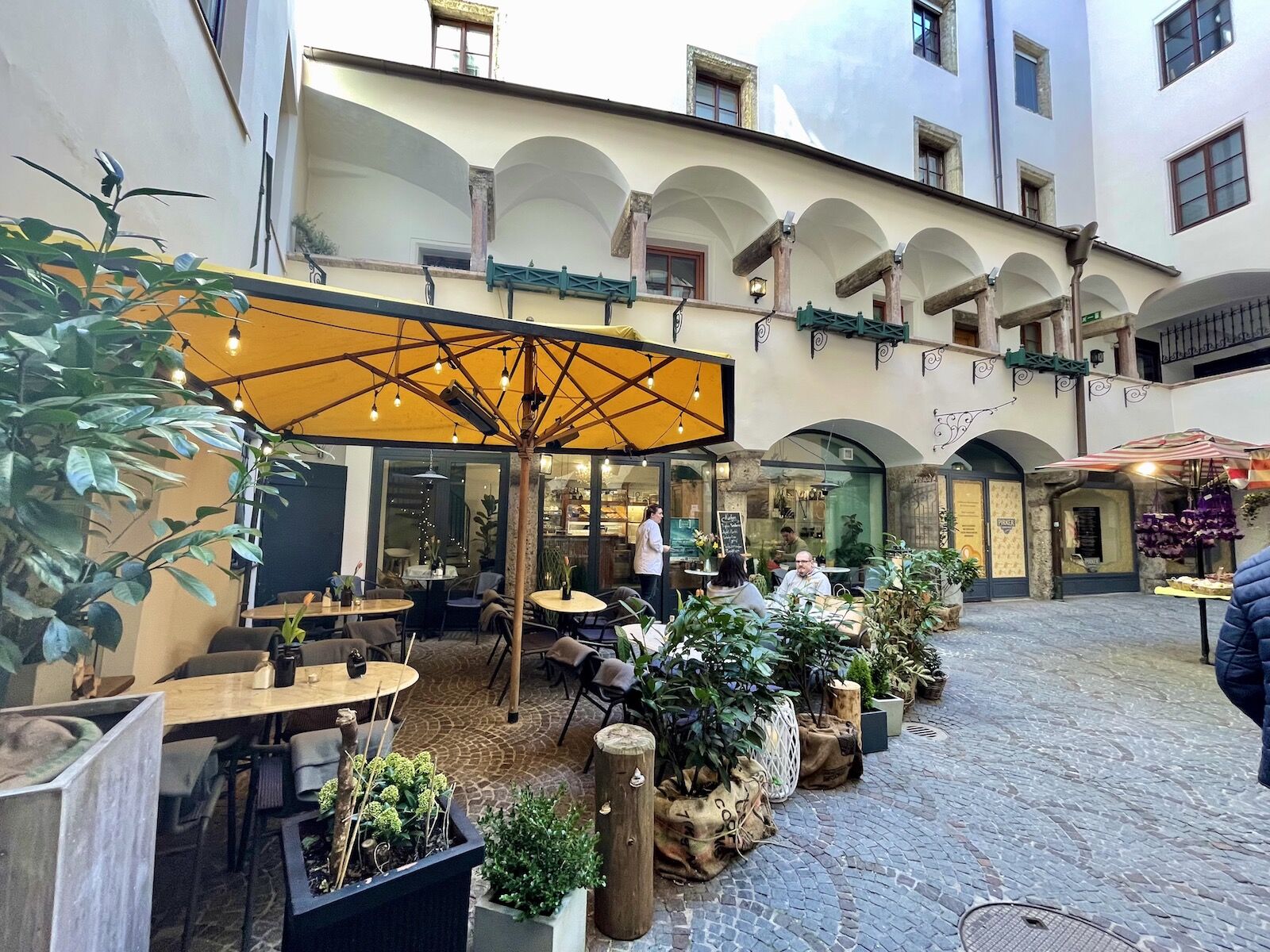 Budget-friendly things to do in Salzburg

Hear The Sound of Music nuns sing at sunrise (free) 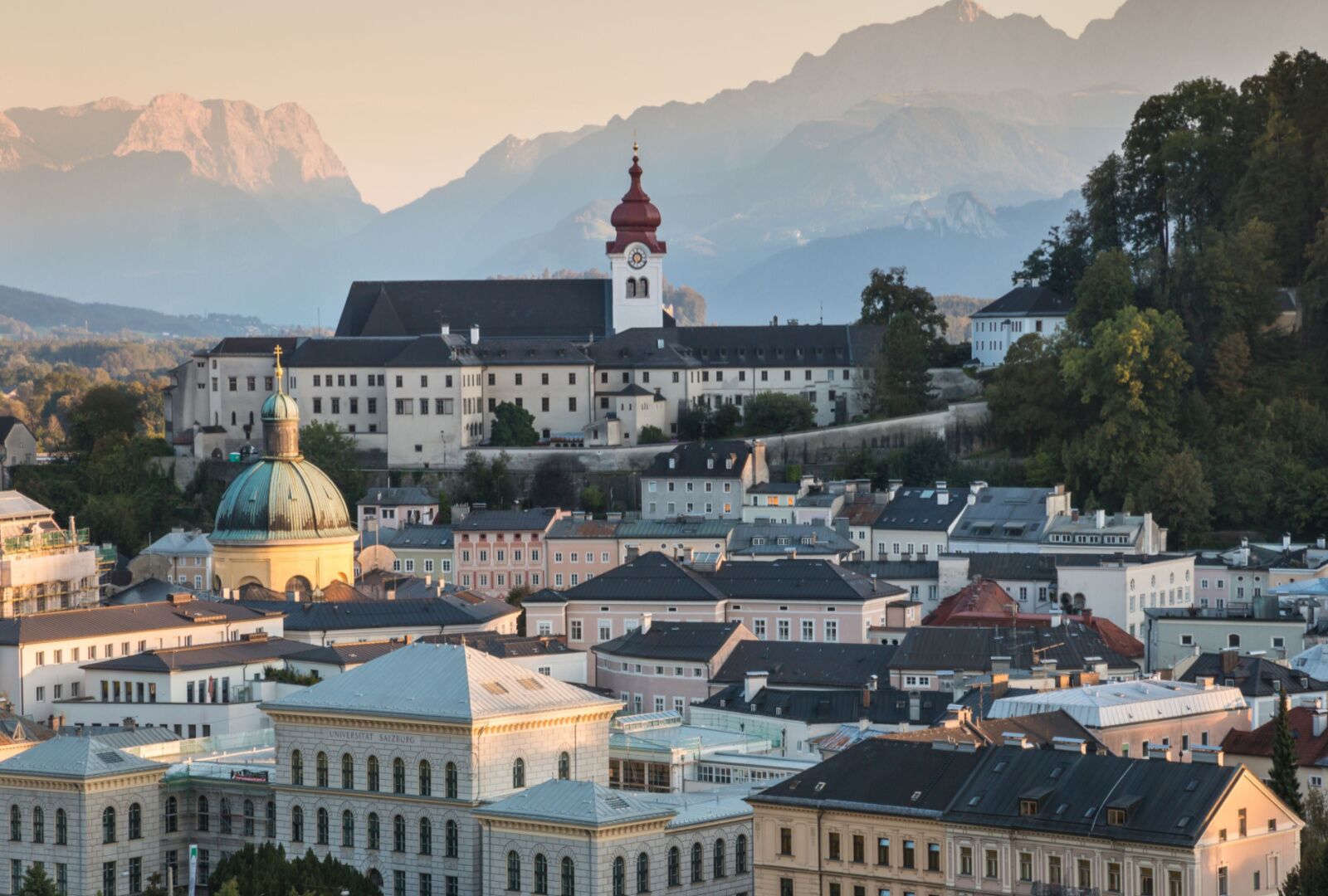 If you’re at all familiar with the plot of the movie The Sound of Music, you probably know that Maria, who becomes governess to the von Trapp children, was a young recruit at a convent in Salzburg before she joined the family. But what you may not know is that it’s a true story and the actual convent where Maria first lived is in Salzburg. Nonnberg Abbey is a quick walk from downtown and parts of it are open to the public during the day.

But provided you don’t mind an early wake-up call, get to the abbey by 6:45 AM to hear the nuns as they sing Gregorian chants and songs while the sun rises. As the nuns sing, the sun rises and illuminates the chapel. You don’t need to be religious to appreciate the beauty of the experience. All are welcome and the experience happens every day, with a few exceptions for holidays. It’s completely free, though it may be nice to donate a euro or two on the way out if you enjoy the performance. 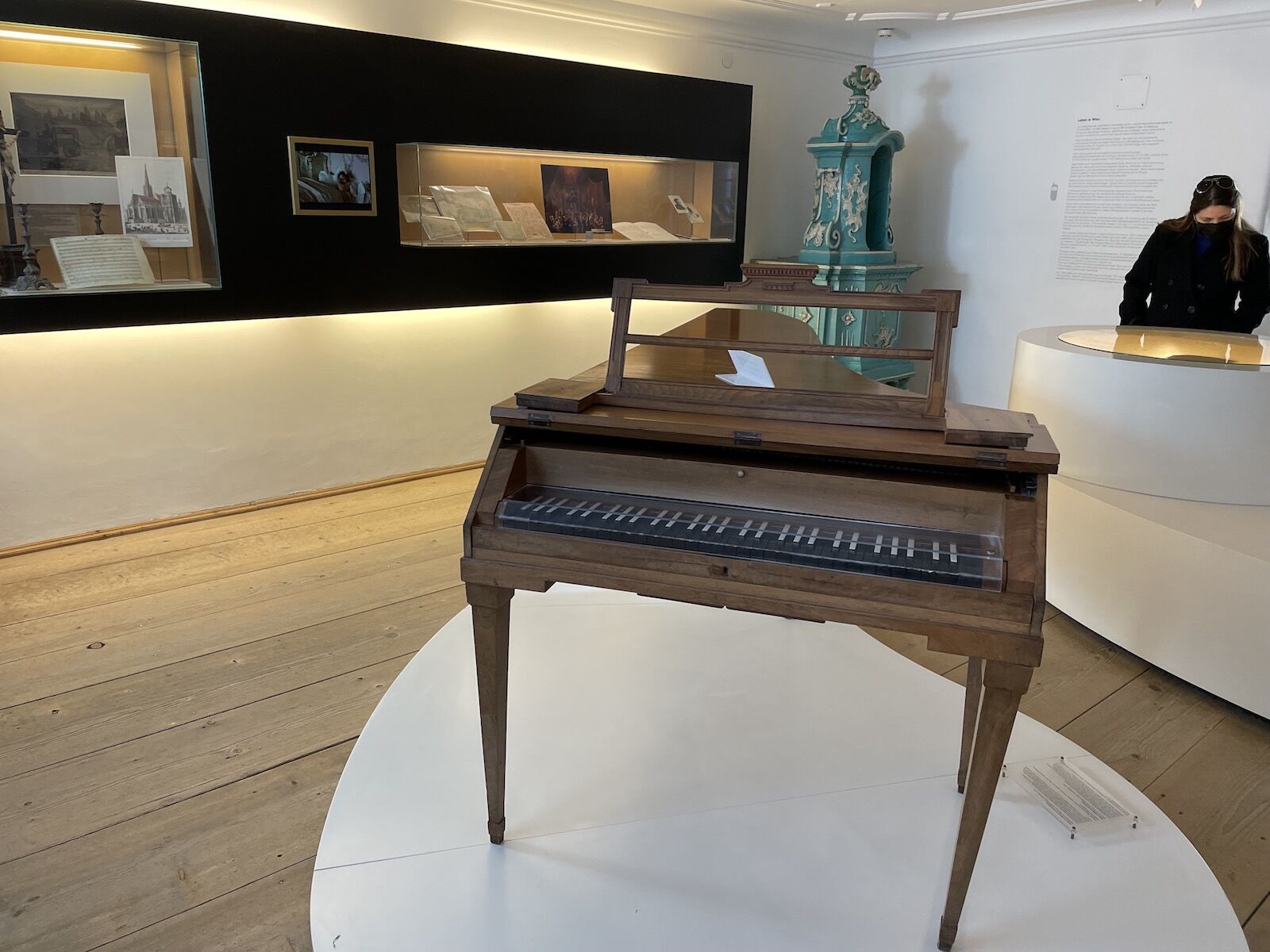 Mozart — yes, the Mozart — was born in Salzburg, which you’ll realize after spending about 10 minutes in the city. Stores love to lean into the connection to Mozart and you’ll notice a suspiciously large amount of coffee shops advertising themselves as Mozart’s favorite cafe.

There are two Mozart museums in Salzburg: one in the home where he was born, and another in the home where he lived later in life. The Mozart birthplace home walks visitors through his life and has an impressive number of personal affects ranging from locks of hair to a piano played by the musical genius. Exhibits are in German and English. Even if you never listen to classical music, it’s still a fascinating museum. And yes, you’ll probably want to download “Rock Me, Amadeus” to listen to later that night. 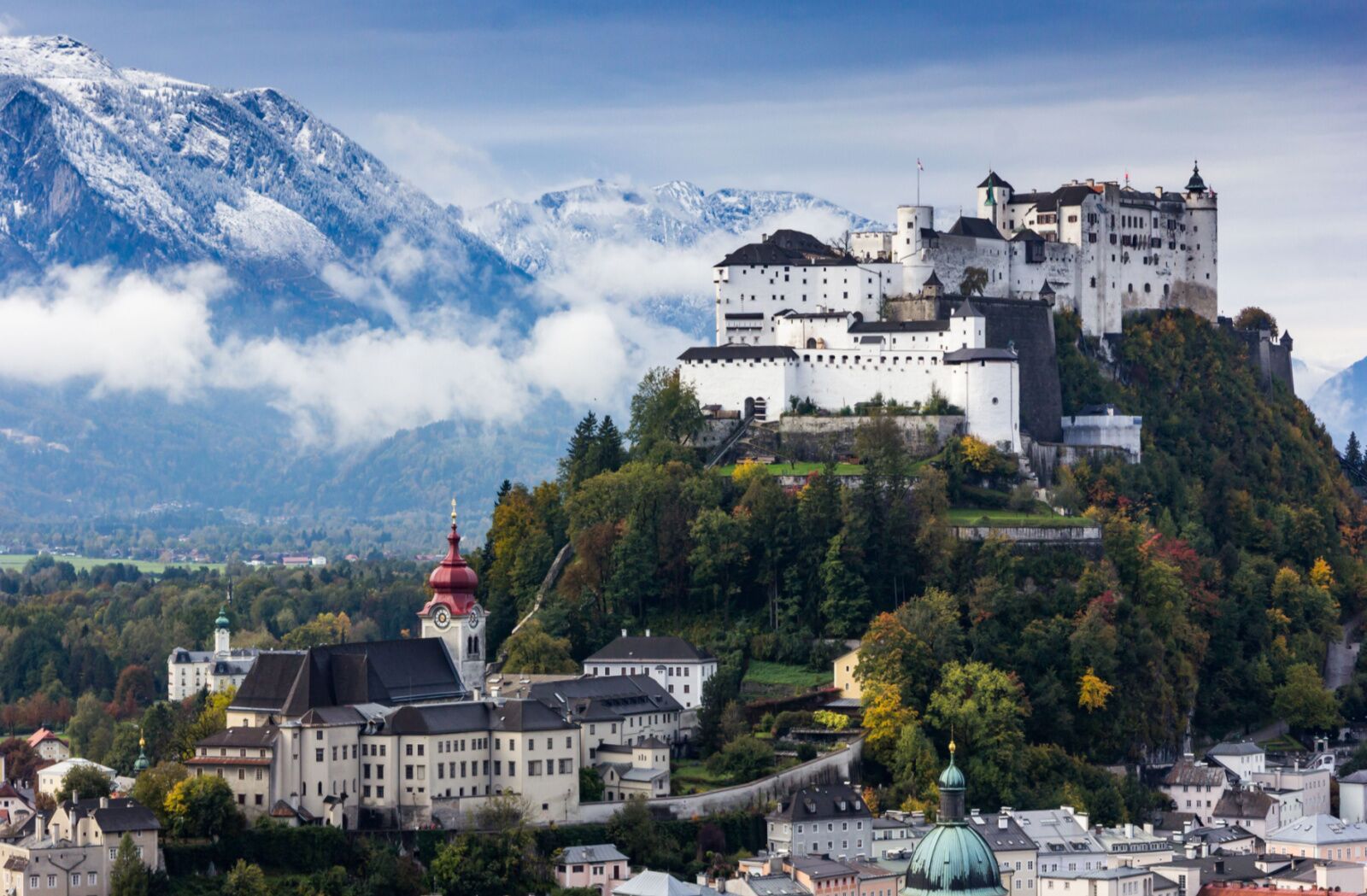 If there’s one building that dominates the Salzburg cityscape, it’s Hohensalzburg Castle, also known as Hohensalzburg Fortress. And touring it is one of the best things to do in Salzburg. Visitors take a funicular to the top, and once you’re there, there’s a free walking tour of the huge complex, which is the size of a small town. The views from the top are amazing, looking across to Germany and down on nearly all the city’s neighborhoods and top sites. Dress warmly — it can be windy and cold 1,000 feet above the city.

Have dinner in the world’s oldest restaurant (€20+) 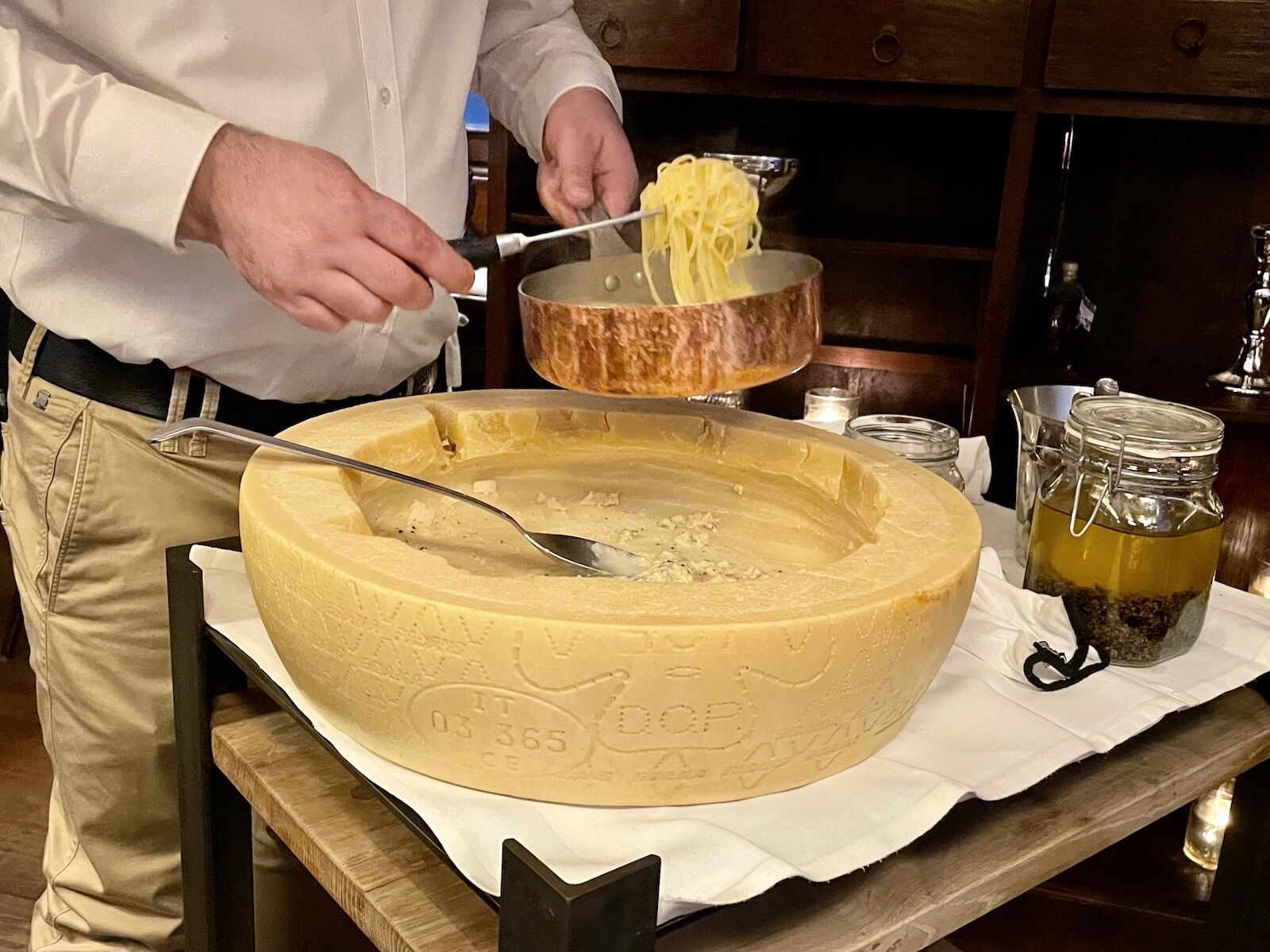 St. Peter’s has been serving up food to wearing travelers since the 9th century, first to traveling monks and now to Salzburg visitors. The restaurant is actually in St. Peter’s Abbey and is partially built into the side of a cliff. Though it’s gotten some serious updates in the last thousand years or so, it still maintains much of the original historic spirit. The menu is classic Austrian with a thoughtful wine menu, though there’s a separate brunch menu available in the hip outdoor space (which becomes a lively spot on summer weekends). It’s a high-end experience but the pricing isn’t unreasonable at all — pasta dishes start around €20 and a four-course tasting menu starts at €60. Reservations are recommended. 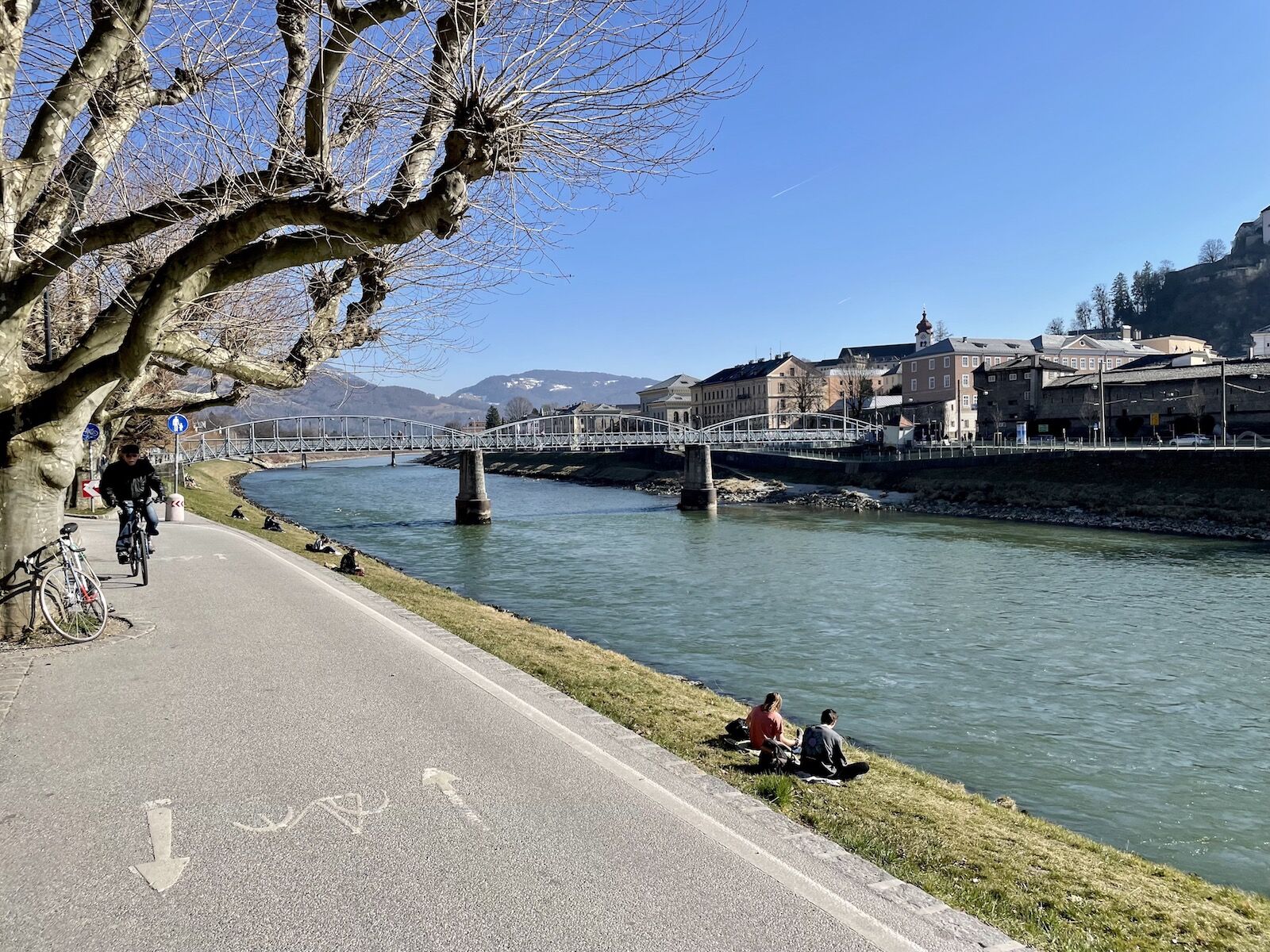 If you’ve ever been to Austria, you know that they take their beer seriously. The relatively small country has more than 300 breweries making beer on a micro and large scale. Beer drinkers in the US may recognize Austrian beer labels like Stiegl, Trumer, or  Augustiner. Because beer is so widely drunk in the country, it’s very, very affordable. You can sit at a sidewalk cafe and drink a microbrew for around €2.50. If you buy it in a grocery store for a DIY outdoor picnic, it’s even less than that.

One of the most popular things to do in Salzburg in the spring is to sit on the grassy banks of the Salzach River with some snacks and a good beer or two. There’s a bike and walking path just behind it, ensuring you don’t need to worry about loud traffic passing directly behind you. Drinking outside in public is totally cool in the country, both legally and culturally. 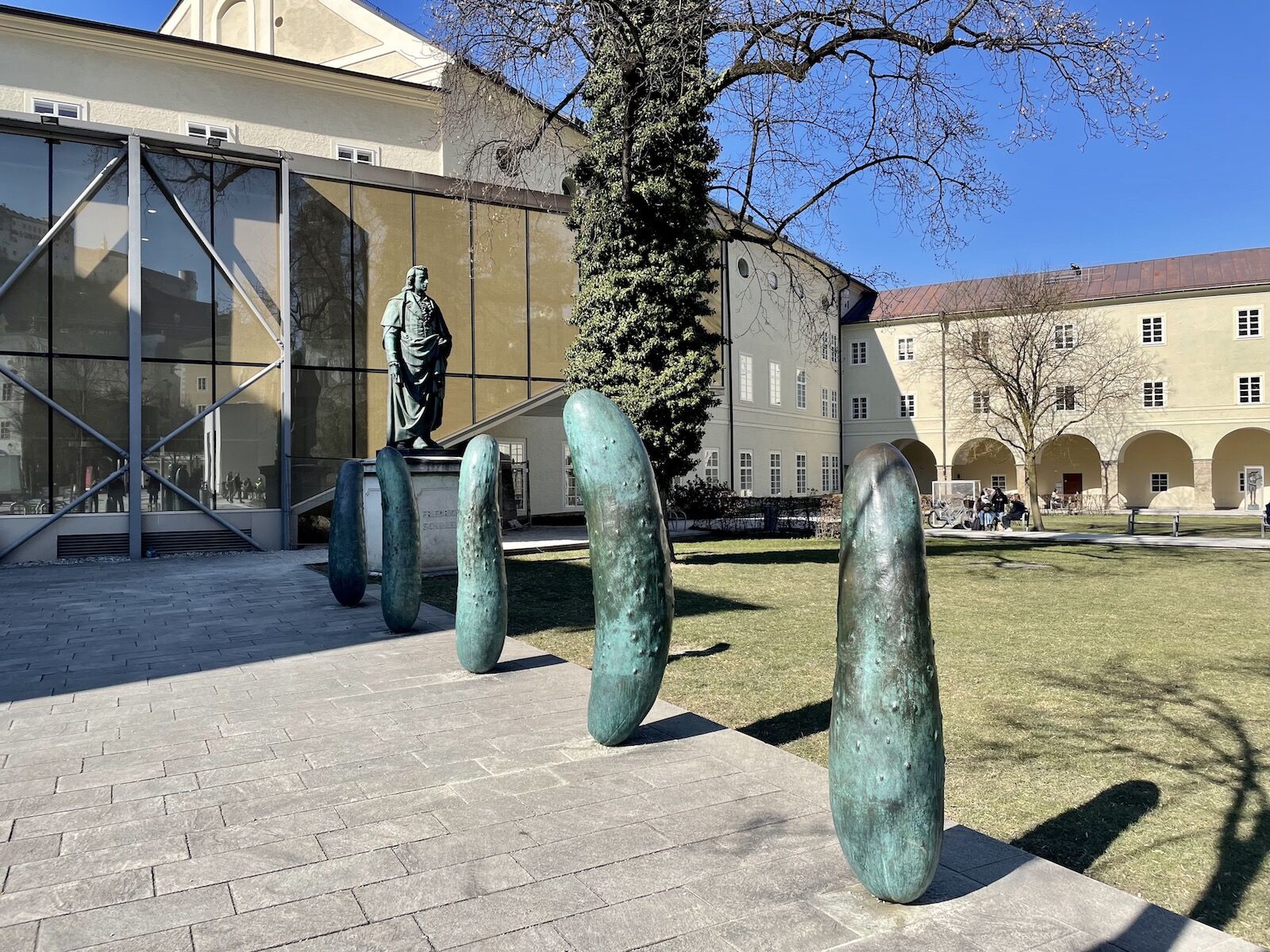 You may be surprised to learn that a city as old as Salzburg is loaded with modern art, and taking the free self-guided art tour of the city is one of the best things to do in Salzburg if you want to see the city’s creative side. There are 13 modern art statues around the city, all of which are incredibly distinct. There’s an informational sign with in-depth information near each sculpture, and they’re all large-scale and easy to find. You can follow the self-guided walking tour (download the map if you don’t have phone service in Europe) or pay €10 for a guided tour. 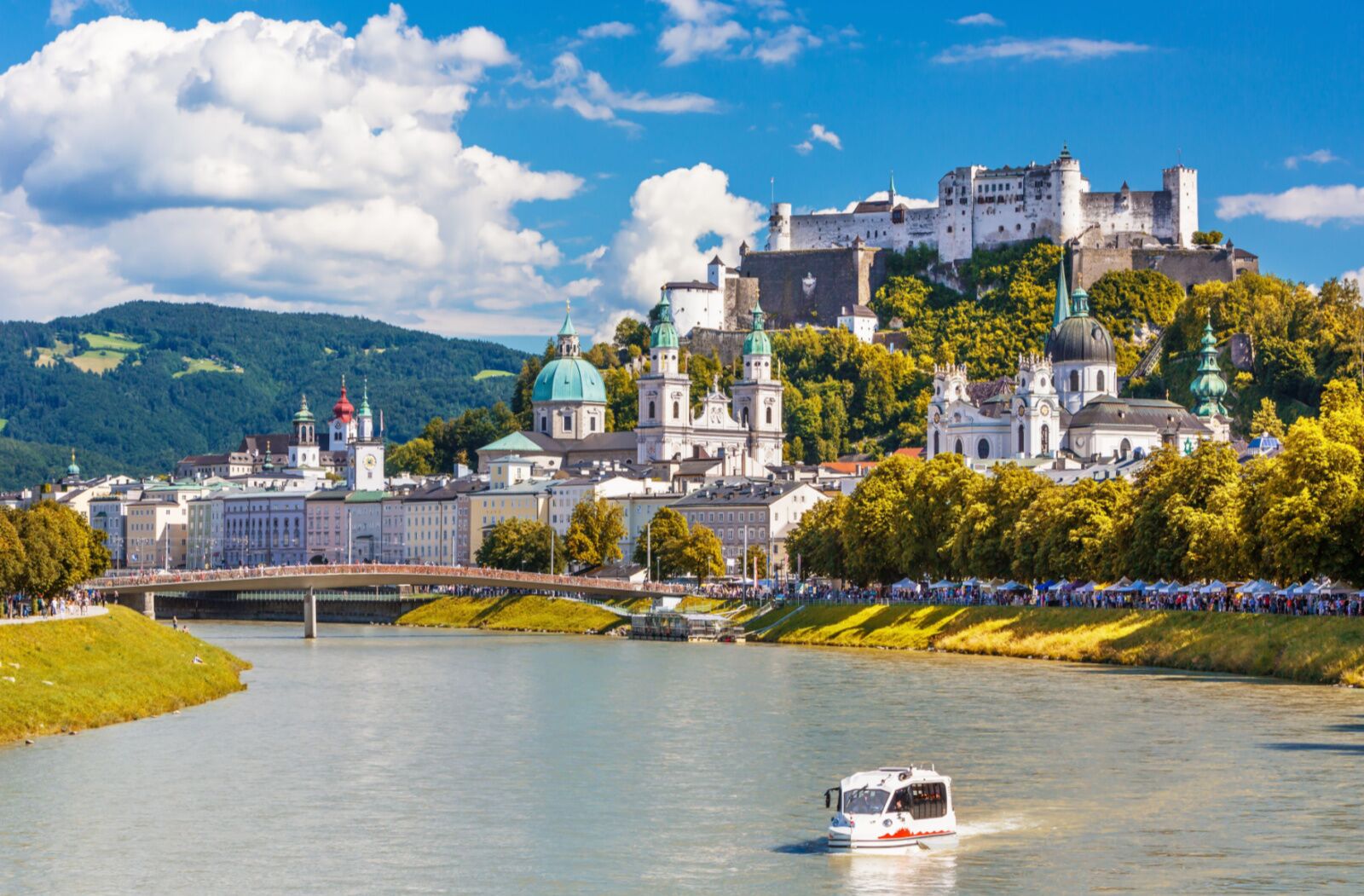 If you thought Salzburg was always a bit overcast or cold, think again. Summer is warm and sunny and there’s no better activity than taking a cruise on the Salzach River when the sun is out. Cruising along the river and enjoying a coffee, beer, or snack on the way is one of the most popular things to do in Salzburg on the weekends, so try to go midweek if you’d like a little more space to yourself.

River cruises on the Amadeus Salzburg last around one hour and afford fantastic views of the old town and Alps in the distance. The captain will usually explain the sights as you go. It’s a leisurely cruise so it doesn’t travel too far, but it’s well worth it (especially if you bought a Salzburg card, in which case it’s free). 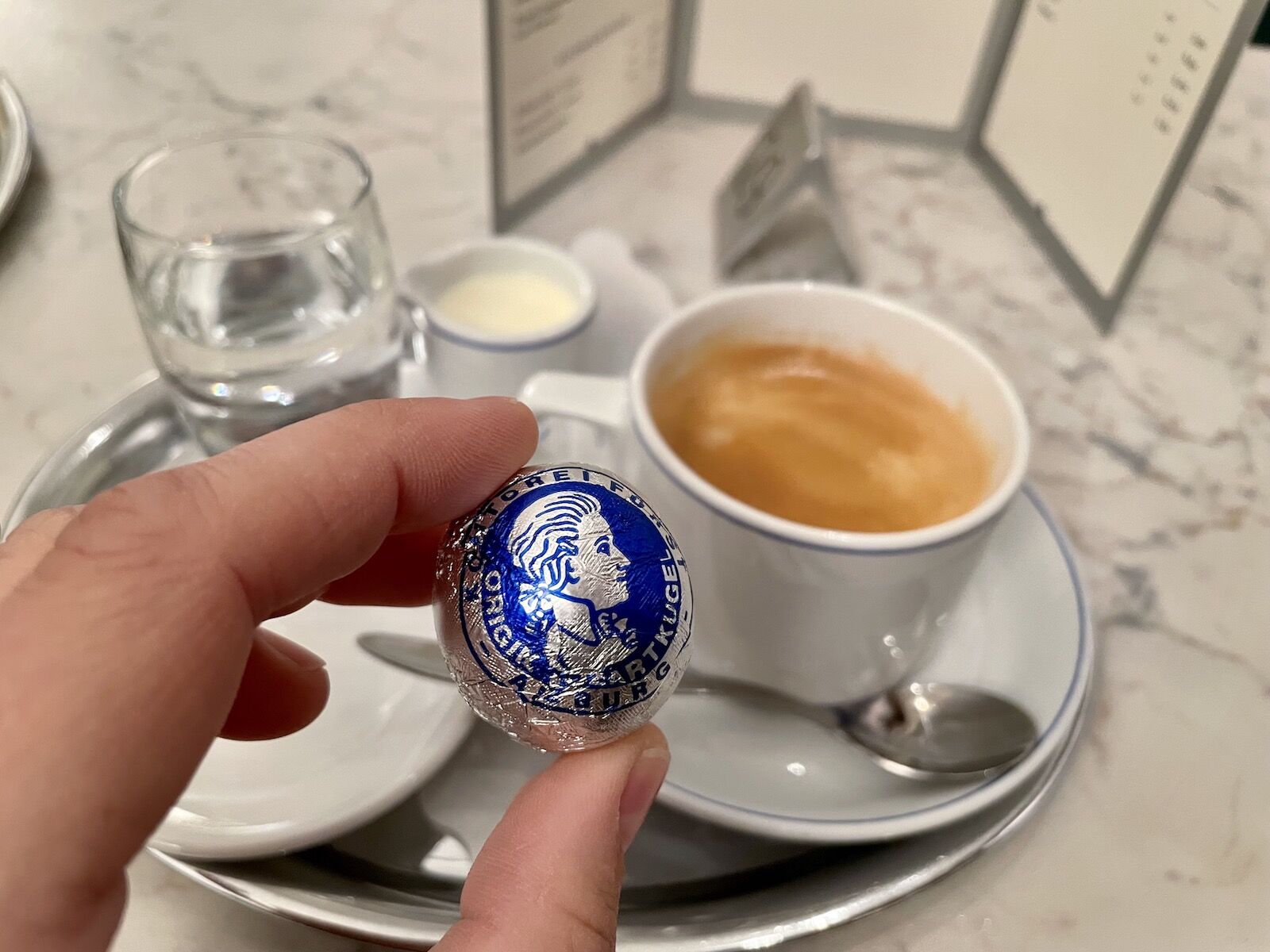 From “Mozart Balls” (called Mozartkugeln) to sacher-torte, there’s no shortage of chocolate in Salzburg. Several companies make chocolates called Mozart Balls, and there’s quite an interesting backstory behind who created the original — and whether the best Mozart Balls come from Salzburg, Vienna, or Germany.

If you head to the old town (near Mozart’s birthplace), you’ll find several different shops selling different types of Mozart Balls. They usually cost around €2 each at shops like Confiserie Braun, Confiserie Fürst, Mozartkugel, and Josef Manner & Comp. AG, all of which are within five minutes of each other (and near the Mozart birthplace). Do your own Mozart Ball tour and decide which brand you think is the best. 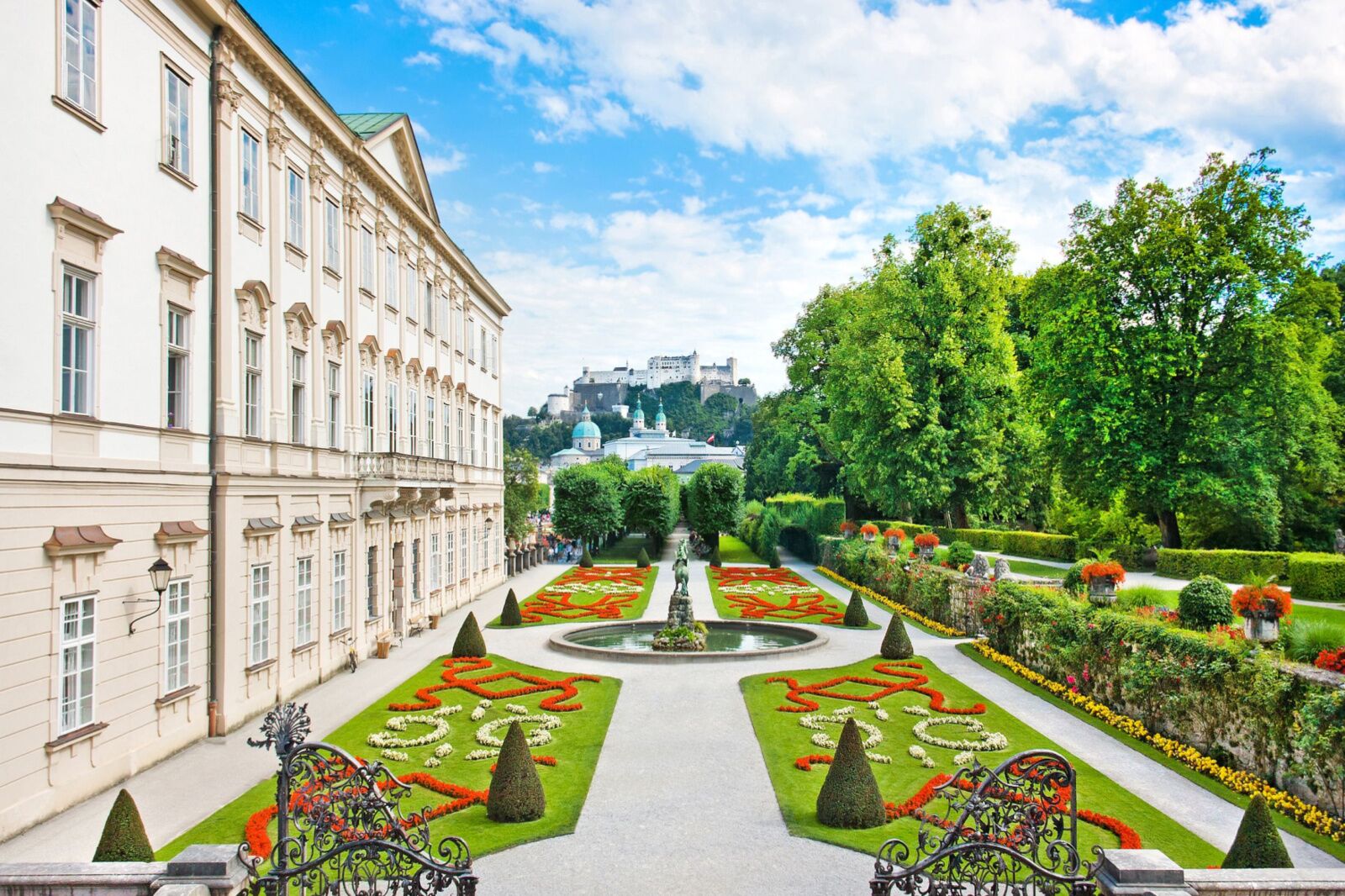 The hills are alive with the sound of music if you swing by the Mirabell Gardens, which are free and open to the public. If you’re a The Sound of Music fan, you’ll recognize several areas from the film and can even take a photo sitting on the unicorn statues. The gardens are most lush in late spring through fall, of course, but sights like the famous fountains and the stairs (on which the von Trapp children sang “Do, Re, Me”) are accessible year-round.

Go for a hike (potentially free) 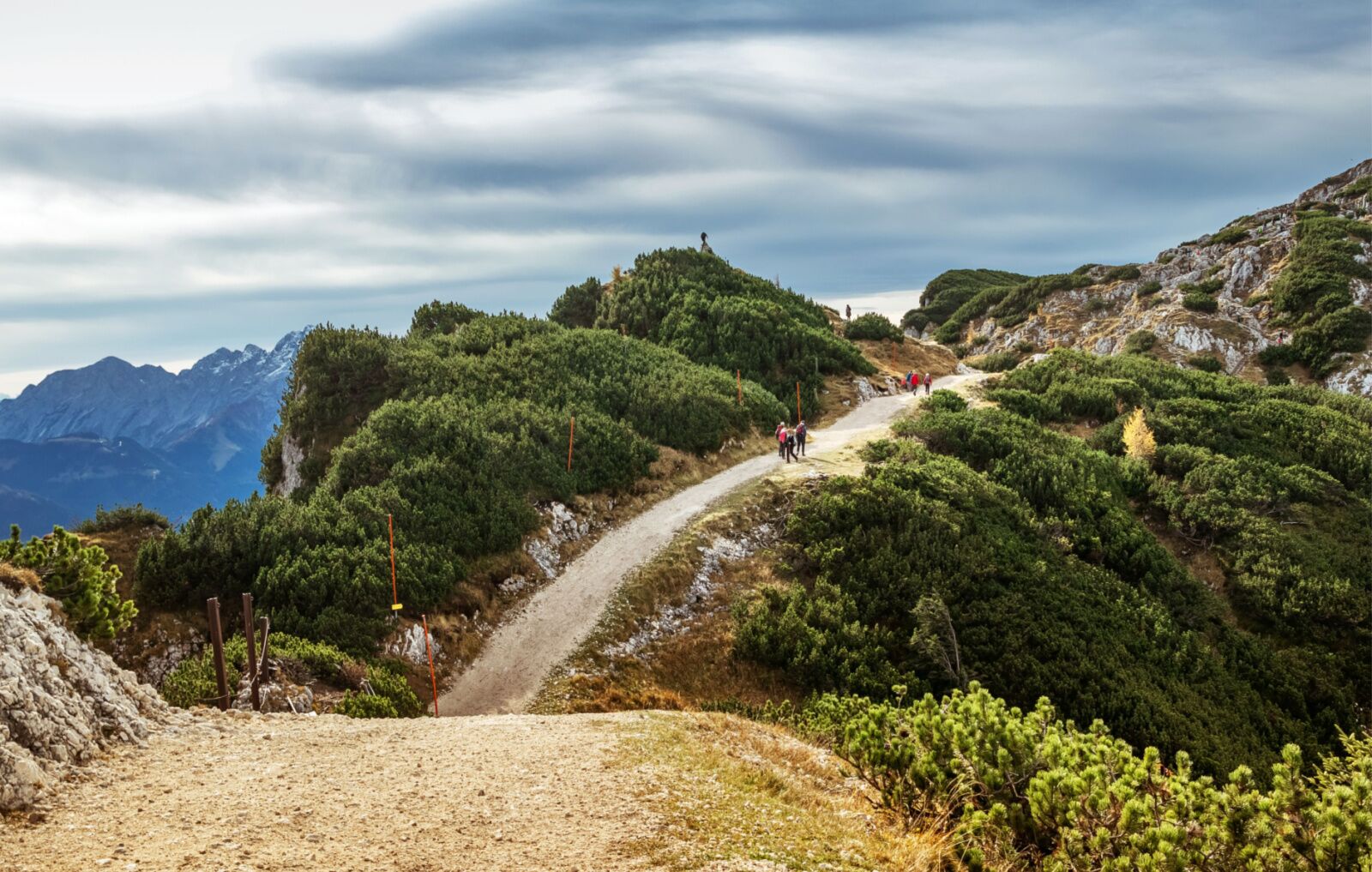 It’s hard not to notice the huge mountains surrounding Salzburg. In fact, three of them are so prominent that it’s said Salzburg’s famous meringue dessert, Salzburger Nockerl, is styled after them.

Fortunately, that makes it easy to find phenomenal hiking close to the city, even if you don’t have a car. For a great hike quite close to the city, head about six miles south of town to the bottom station of the Untersberg Cable Car (which is reachable via public transportation). You can hike one of several trails around Untersberg Mountain, including one quite challenging path to the top that gains more than 4,000 feet of elevation. You can also take the cable car one-way, or both ways, if you’d rather stroll around the summit but not add much elevation change to the adventure. Taking the cable car one way is €18 or free with the Salzburg card.

Trip PlanningHallstatt Is a Picture-Perfect Austrian Getaway. Here’s How To See It Without the Crowds.
Tagged
Budget Travel Trip Planning
What did you think of this story?
Meh
Good
Awesome