Back before the global craft beer craze, opening a brewery was quite a rare and monumental event, often necessitating an entire warehouse, a wing inside a monastery, or a full city block. Those who started the breweries of Bavaria, Belgium, and elsewhere in Europe may not have foreseen their brewhouses becoming architectural staples — but, fortunately, society tends to love historical buildings about as much as it loves beer. By visiting these gorgeous European breweries, you can get your fix of history while you down a pint. 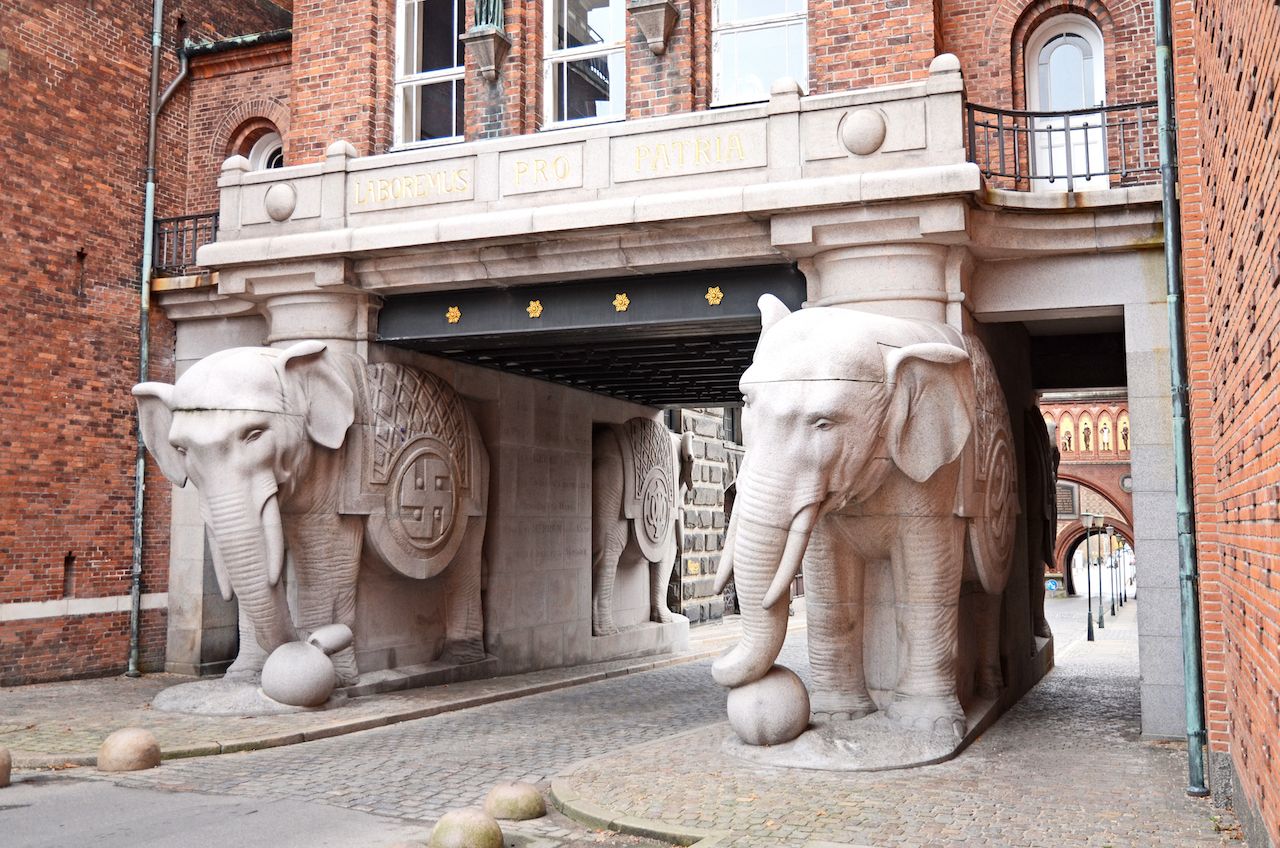 Carlsberg, today one of the biggest beer conglomerates in the world, has brewed its flagship lager in Copenhagen since 1847. The site of the original Carlsberg Brewery in Copenhagen’s designated Carlsberg area has been converted into a museum celebrating the life and work of the brewery’s founder, J.C. Carlson. The grounds are kept up to remember the glory days when the brewery was largely a family affair though the brand is now run by the foundation that its founder set up prior to his death in 1887.

In addition to simply brewing beers, Carlson created scientific departments to advance the science behind brewing. He was also a noted art collector, and you’ll be greeted by a Little Mermaid statue as you arrive at the old brewery site. Plus, visiting Carlsberg offers a bonus worthy of cheers in itself: A second brewery, the Jacobsen House Brewery, is located on site. That brewery actively produces craft beers, one of which you’ll have the chance to taste with your ticket to the museum. 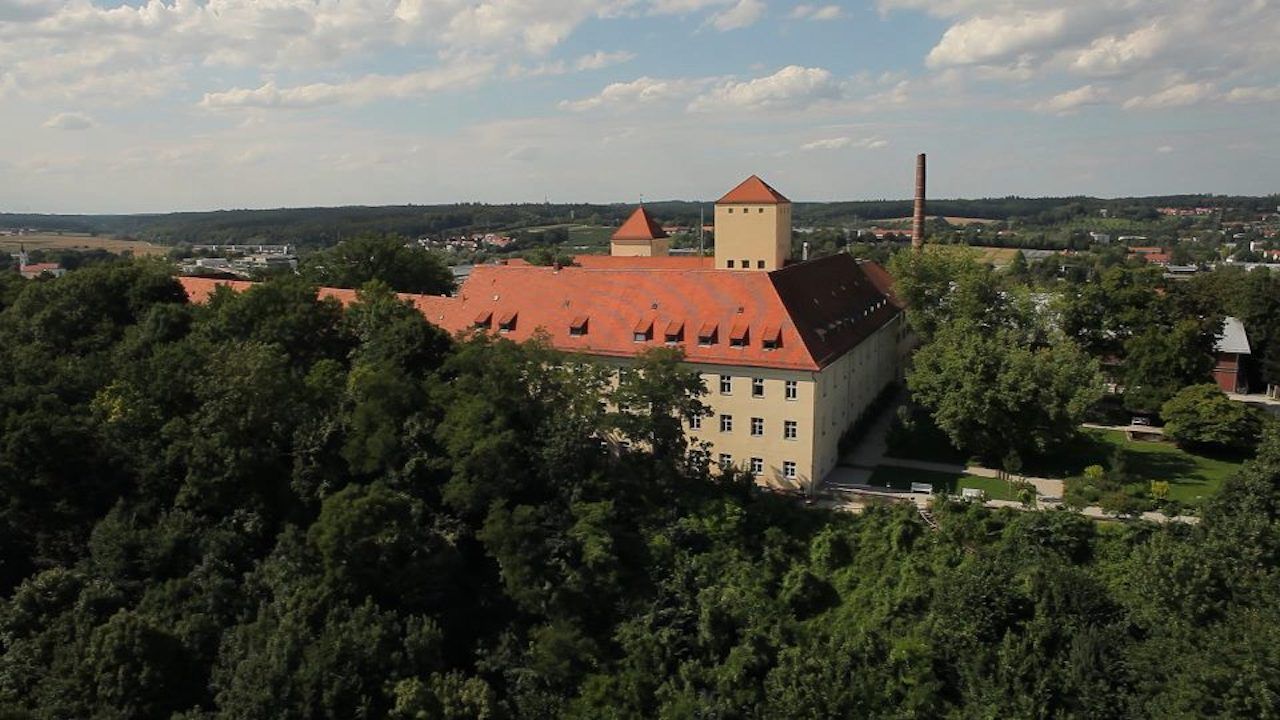 The Weihenstephan Brewery, just off the Moosach River about 40 minutes north of Munich, calls itself the “oldest brewery in the world.” It claims roots back to the region’s earliest hops gardens in the year 768 at the site of the old Weihenstephan Monastery. The site has burned to the ground four times and been raided by nearly every neighboring society, and as a result of its tumultuous history, it now bears the name of the Bavarian State Brewery Weihenstephan. The large building looks more like a pared-down palace than a beer factory and hosts a towering, brick-lined museum and tasting room where you can sip the goods and learn about the history of beer in Bavaria. The 120-minute tour of the grounds shows you all of the sites and costs about $12.50, which includes brew, a pint glass, and a voucher for the gift shop. 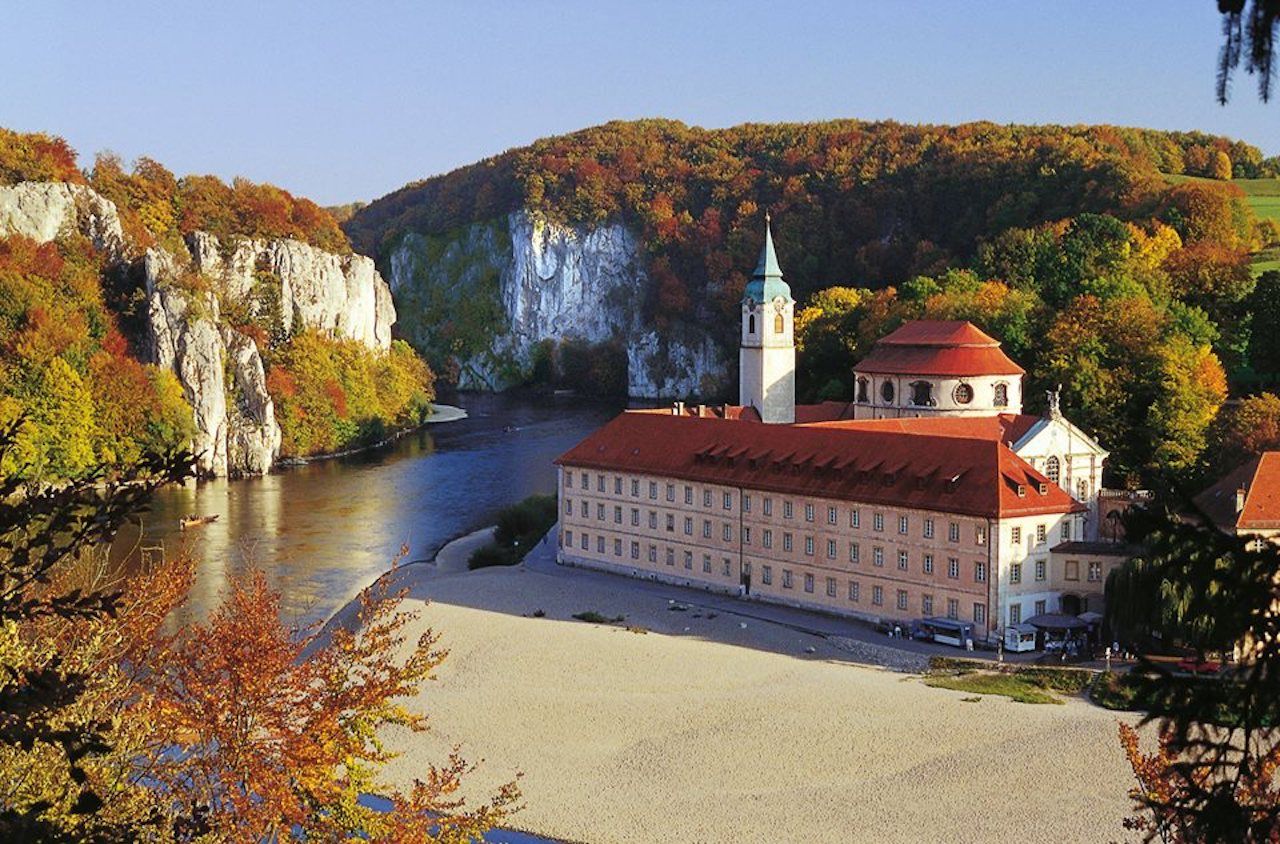 Another brewhouse in a former monastery, Weltenburg Abbey may be the oldest such brewery in or outside of Bavaria. The current site of the monastery and biergarten was erected in 1842 and remodeled in the early 2000s. As long as the weather permits, you’ll sip the award-winning Weltenburger Kloster Barock Dunkel out back on the patio. According to its version of history, the brewery has been in operation since 1050. With some basic math, that means that in just over 30 years it will be 1,000 years old. This is assuming you believe its claims, which the Weihenstephan Brewery up the valley certainly does not. Regardless, the setting alone — with the towering brewery set on a finger of land that juts into a bend in the Danube — is stunning. And the Dunkel is damn good. 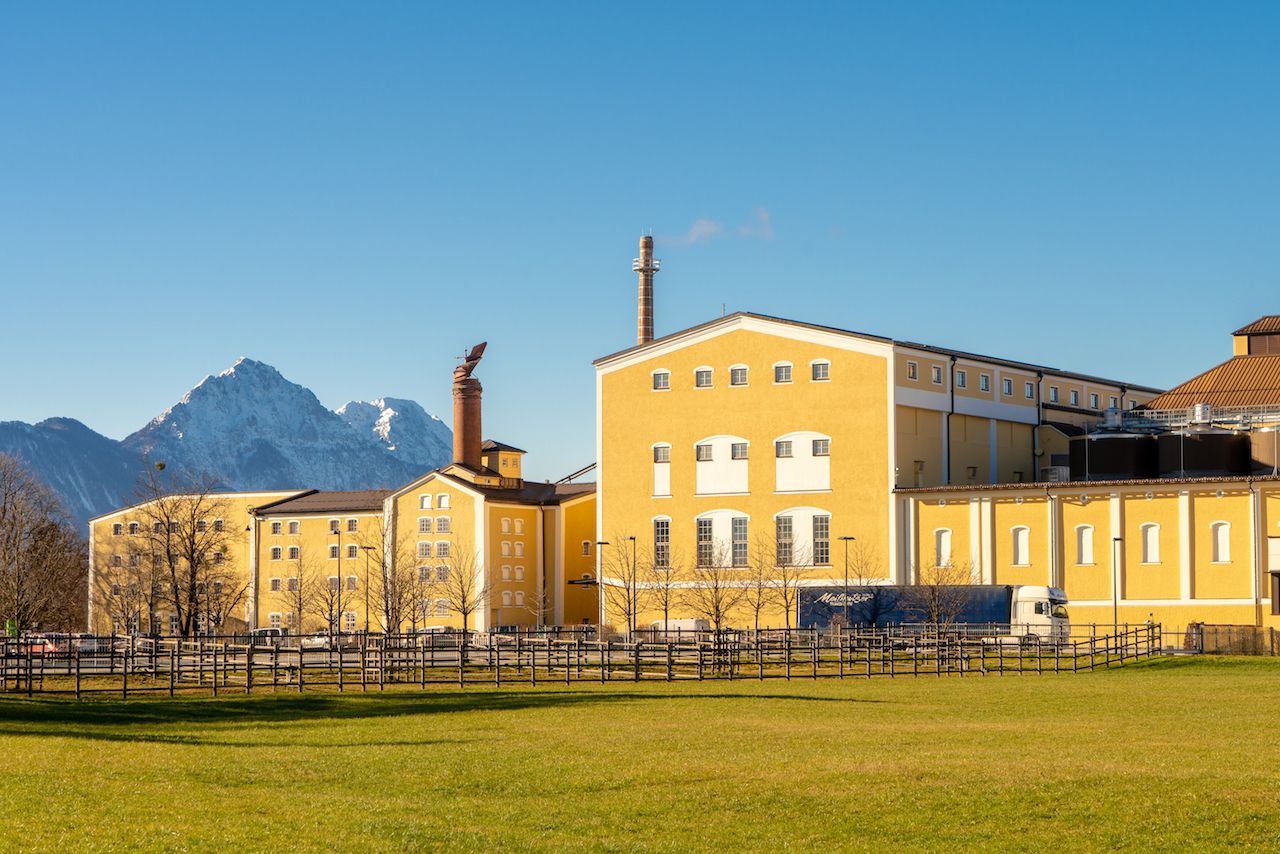 Stiegl contrasts Austria’s alpine beauty with a picturesque riverfront location in the city of Salzburg. To call Stiegl a tradition is a vast understatement — it’s been brewing beer for over 500 years, giving its name about as much history as Europeans in the Western Hemisphere. The brewery has been patronized by everyone from the poet Otto Pflanzl to Mozart, putting you in some solid company should you make the trek to western Austria.

The site is also quite historic. The brewery burned down in an 1875 fire but was promptly rebuilt, remaining closed for only a few months. A tour of the historic site paints a picture of a business that is nothing short of an institution in its hometown and a source of immense pride for Austrians far beyond Salzburg’s city limits. If you don’t get your beer nerd fix filled on the tour or in the taproom, the brewery also houses a “beer cinema” to sate thirsty patrons with sudsy flicks. 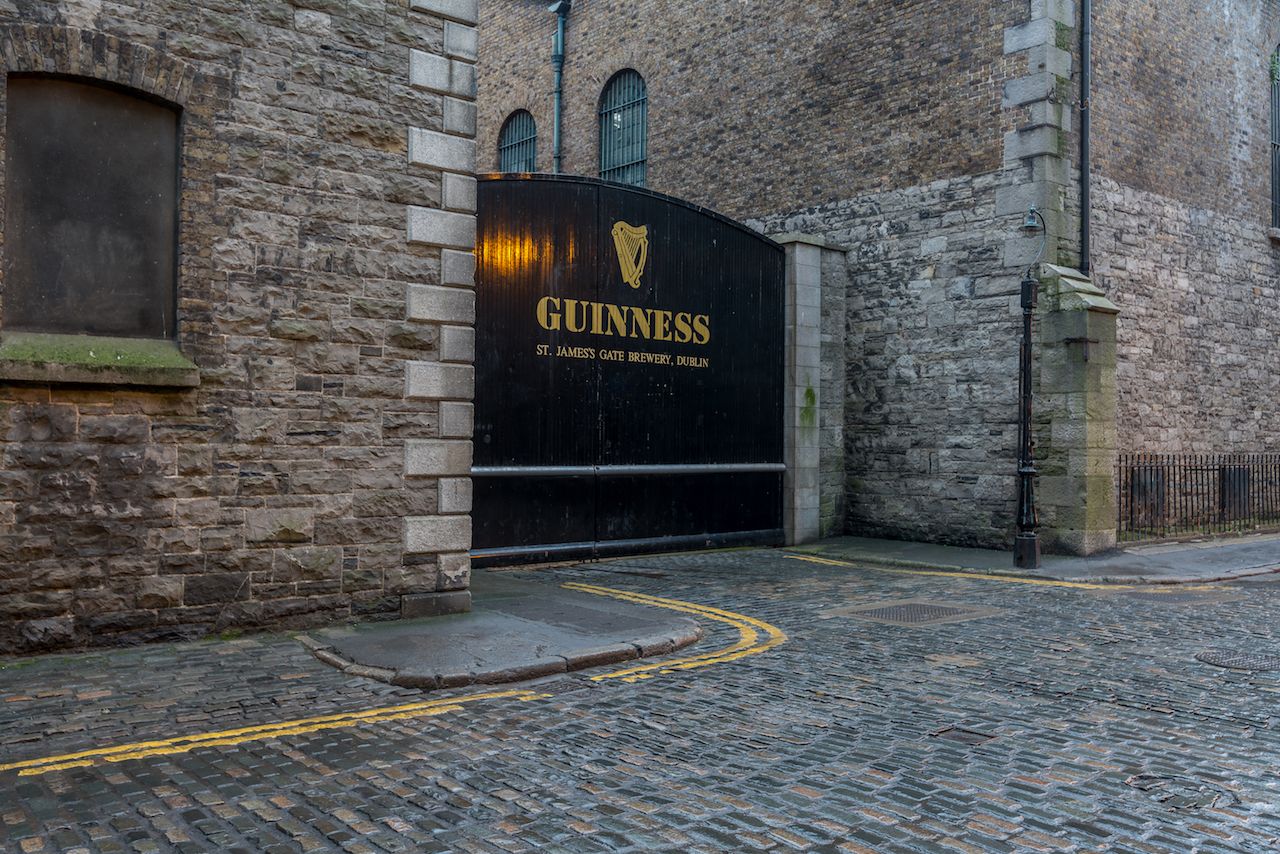 Some breweries decide for themselves that they are iconic, installing museums at their facilities to raise toasts to themselves and funnel guests through an overpriced gift shop after a guided tour. Guinness, on the other hand, did not need to announce that it was iconic. It just sort of happened as the Guinness Draught developed a cult following around the globe. Yes, it has a museum onsite — because, since the brewery’s beginnings in 1759, enough symbolic artifacts to warrant a far-from-paltry museum have accumulated. And yes, the experience of walking through the premises at St. James Gate and snapping photos of what once was a dilapidated building prior to Arthur Guinness’ arrival is designed to inspire glass-raising visitors to remain loyal to the tribe. But if there’s any brewery that deserves to boast, it’s Guinness. Who else has signed a 9,000-year lease to brew beer? 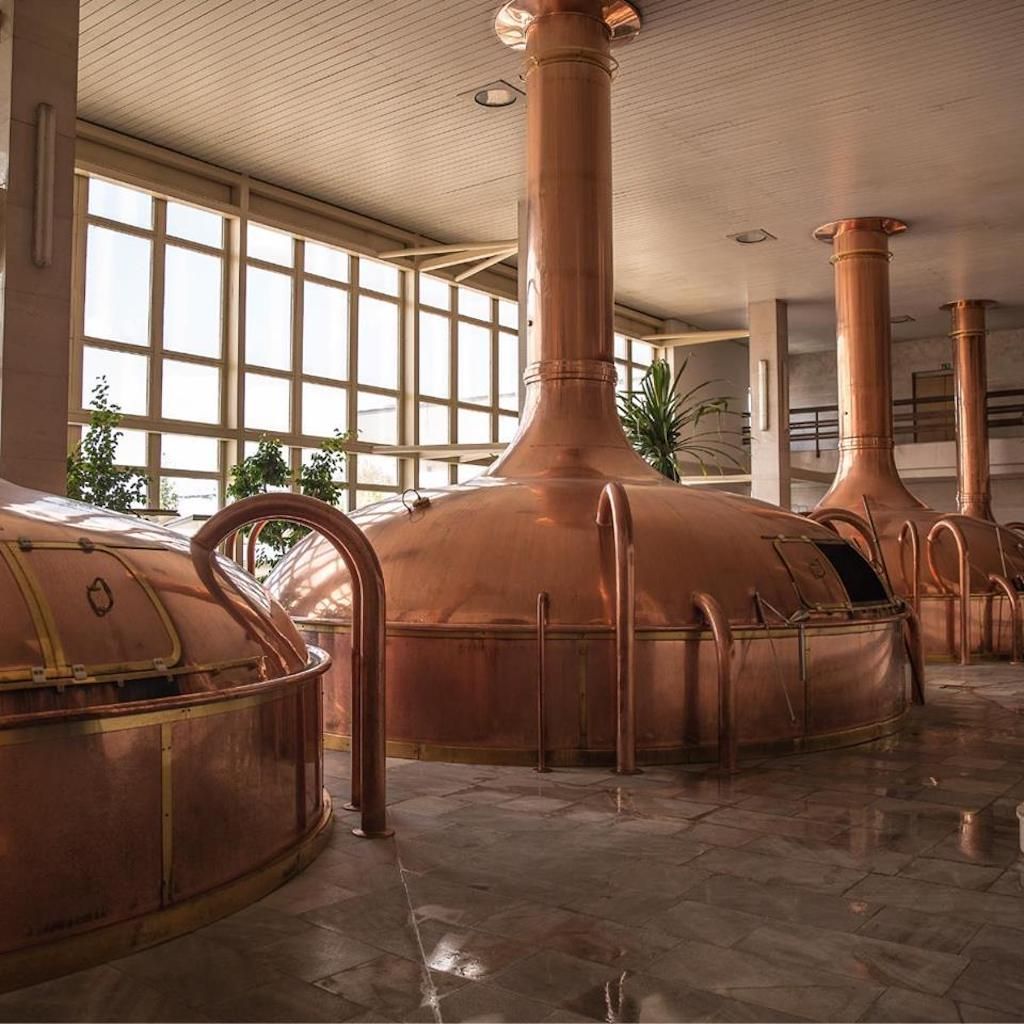 Here’s a quick fact Anheuser-Busch would prefer you didn’t know: There have been arguments over the rights to the name Budweiser for over a century, and the debate stretches far from America’s corporate beer headquarters in St. Louis. Budvar brewery, located in the Czech town of Ceske Budjovice (which translates to Budweiser City), is the culprit. The historical brewhouse, in operation since 1895, is located in the heart of town and is part of the area’s classic Eastern European architecture. Its flagship, the Budweiser Budvar Premium Lager, is made with water taken from the brewery’s own series of wells, which you can see on a tour of the facility along with the brewery’s massive copper brewing vats. 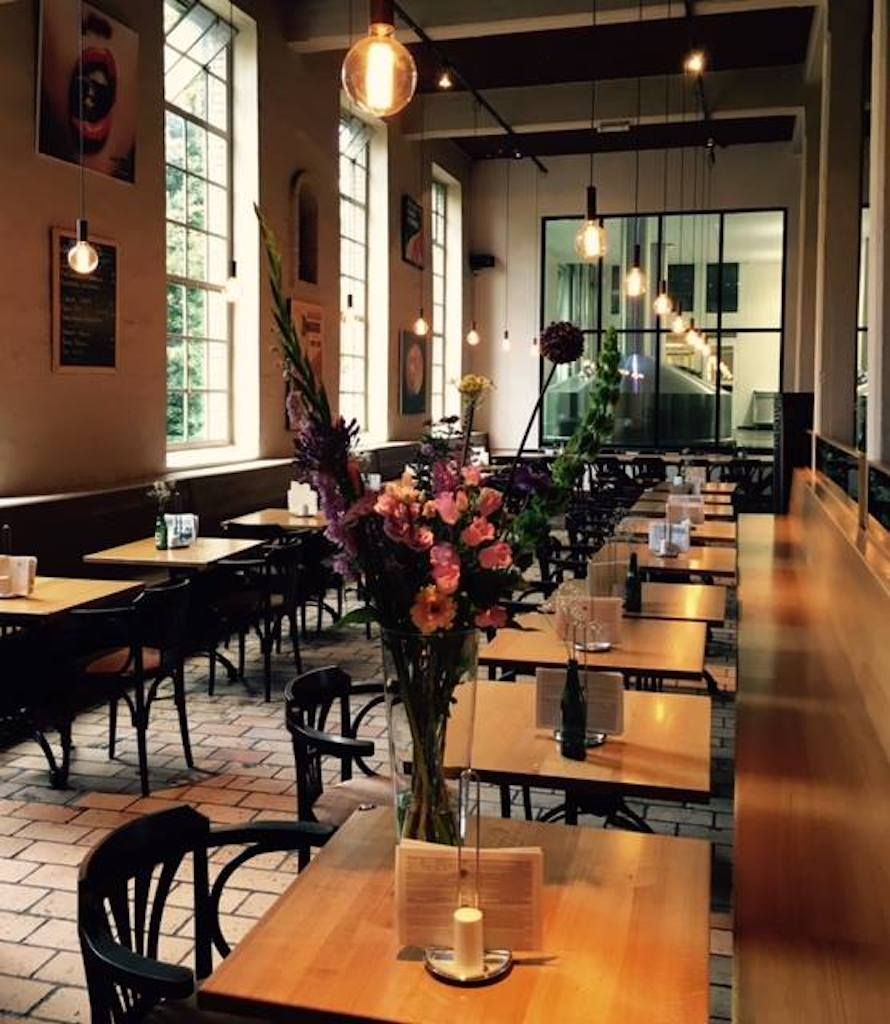 Belgium’s beer culture is strong. In the heart of Bruges, the Brouwerij De Halve Maan is another brewhouse with a centuries-old tradition. Originating in 1564, the brewery has been in the hands of the Maes family since 1856 and brewing in a historic building in the heart of town ever since. If you visit, be sure to walk through the on-site museum after you’re finished photographing the building itself. Guided tours, costing about $11.35 and lasting 45 minutes, are offered throughout the day, and afterwards, you can settle in for a meal and a cold one at the brewery tavern. 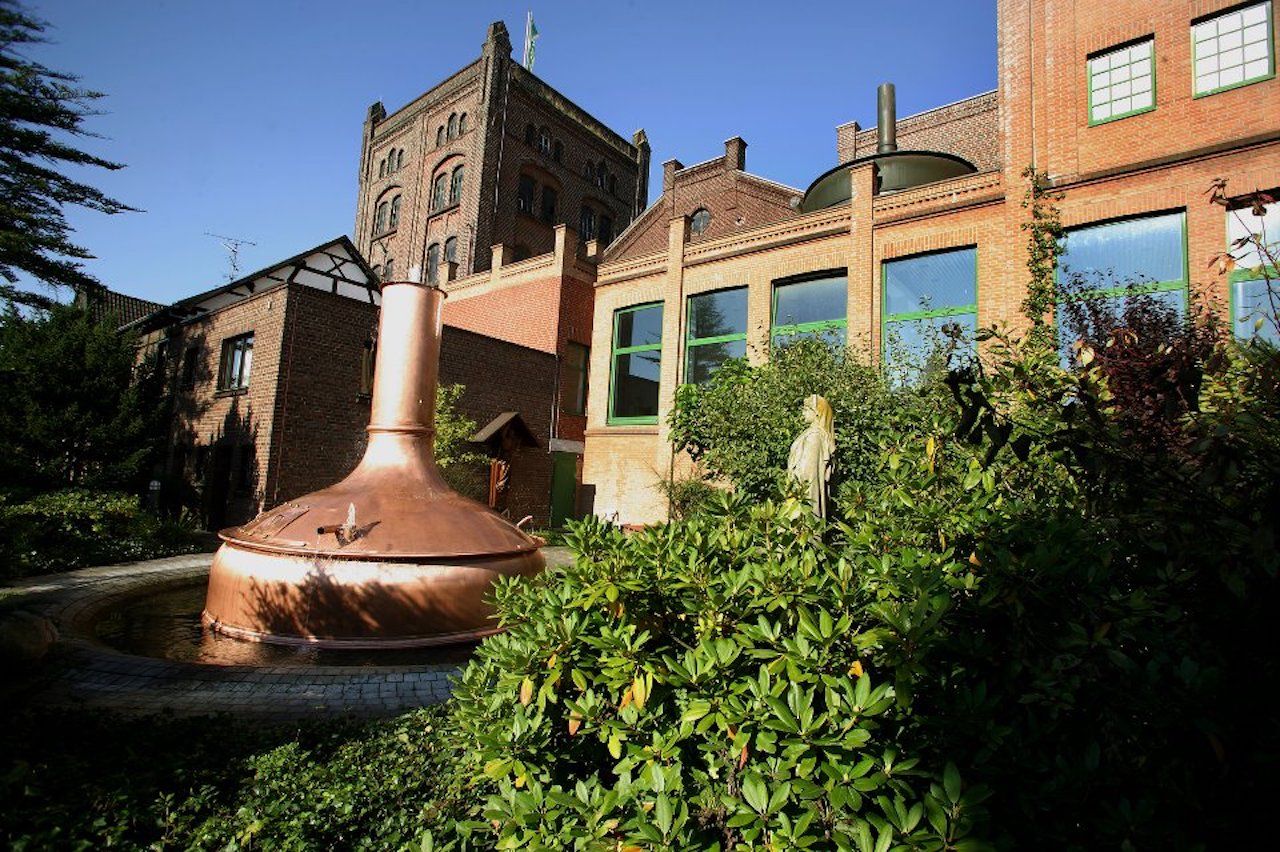 Korschenbroich’s Bolten Brewery continues the tradition of German brewhouses claiming to be the oldest this or the longest-running that, in this case positioning itself as the world’s preeminent altbier producer. Its castle-like facility dominates the skyline as it has since 1266, churning out brew made from family recipes passed down from generation to generation. The brewery has a new owner now, but things remain much the same. If you visit, you may get lucky and catch some sheep grazing on the lawn.