With expensive flights (assuming you don’t want to be a sardine in a rickety budget carrier) and even more expensive cities, a big European vacation isn’t always cheap. There is, however, good news for those who feel they can’t afford to go short of hitting the lotto. Don’t let money keep you from an amazing European trip. The trick is to avoid major tourist cities like Paris or London, and instead visit places where your dollar will go much further. In these cities, you might even be able to achieve baller status and stay in a four or five-star hotel for under $100 per night. Here are five such places. 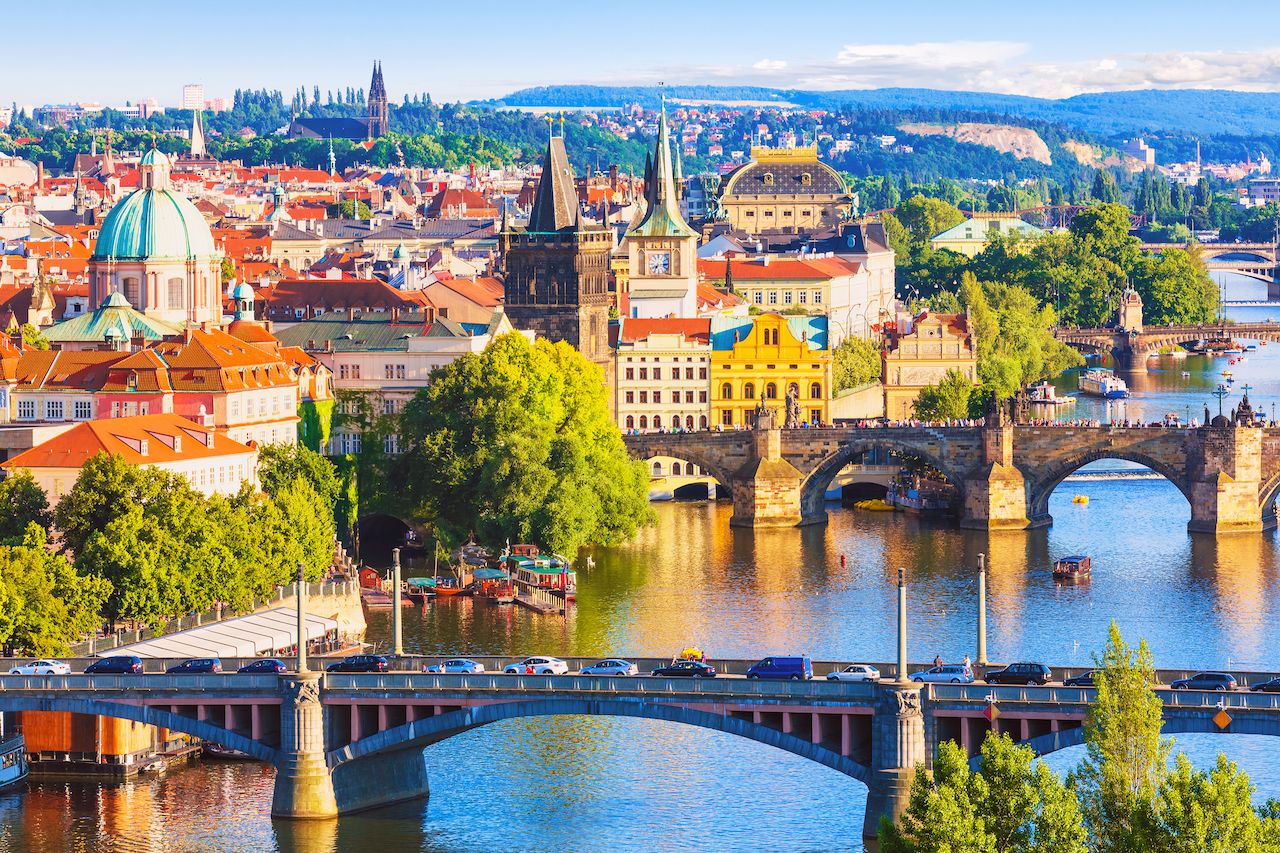 Eastern Europe is home to some of the most gorgeous and affordable cities on the continent. Despite being among the best-known cities in the region, Prague can be quite affordable for visitors. Case in point: $100 is 2251.21 Czech koruna. You can eat a full three-course meal for under $20 at many restaurants across the city. Four- to five-star accommodations are equally affordable. A five-star room at the Carlo IV, from Autograph Marriot, in Prague’s city center often runs for under $100 per night, with the bonus of being within walking distance of many top attractions. You can find rates as low as $90 throughout the city, and some locations in Prague take both the koruna and the euro, which make conversions simple even for American travelers. If you stay in the heart of the city, you’re a quick walk from the oldest astronomical clock; the gorgeous Charles Bridge; and, if it’s Christmas, the city’s celebrated holiday markets. 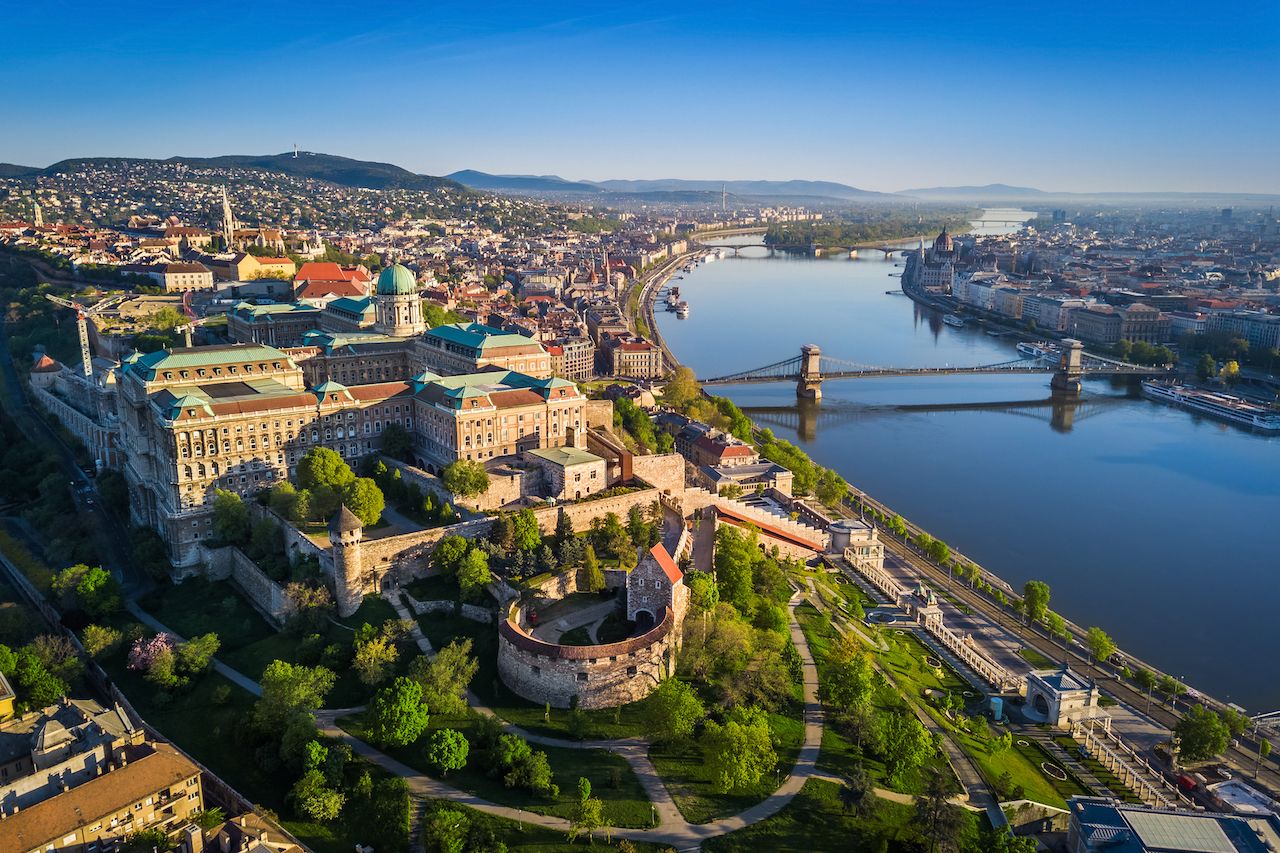 Some will argue that Budapest surpasses Prague in terms of beauty and awesome stuff to do. Fortunately, you’ll have enough cash left over when you leave Prague to decide for yourself. The capital city of Hungary is set in two parts and is uniquely affordable for a big city. A room at the five-star New York Palace hotel runs about $96 a night. On one side of the Danube River is Buda; on the other side is Pest. It is home to the gorgeous Hungarian Parliament, as well as Fishermans Bastion, which looks like a set straight out of Hogwarts. Summer is a great time to take river cruises through the Danube and Rhine, rivers and the city is home to amazing markets at Christmas time. While Budapest has amazing food and sightseeing any time of year, it’s important to understand that the city is home to some sobering history, and we’d recommend visiting these historical sites meant to honor those lost during WWII. For example, the Shoes on the Danube Bank are cast-iron replicas of those worn by the Jewish people who were killed there during the Holocaust. 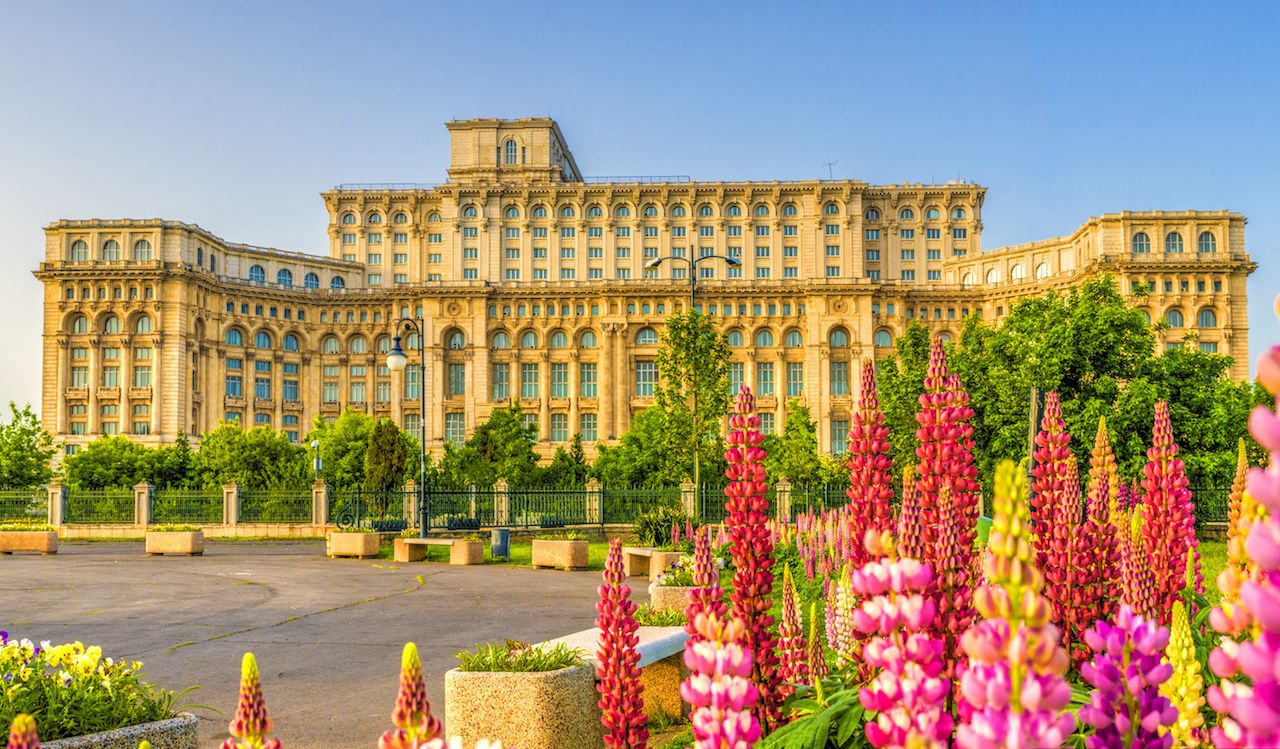 The capital of Romania is home to amazing medieval architecture including the 1,100-room Palatul Parlamentului, built under Communist rule and opened in 1997. You can find three-star accommodations in Bucharest for as low as $46 per night and five stars in the ballpark of $113. Outside of the capital, Romania’s old towns are like stepping back in time — we won’t blame you if you feel lost in the amazing history of this country. Plus, its home to Transylvania, and it’s not a visit to Romania without a visit to the castle that inspired Dracula. It was once home to Vlad III, commonly known as Vlad The Impaler. With amazing countryside, you can find yourself in Brașov skiing during the winter months. 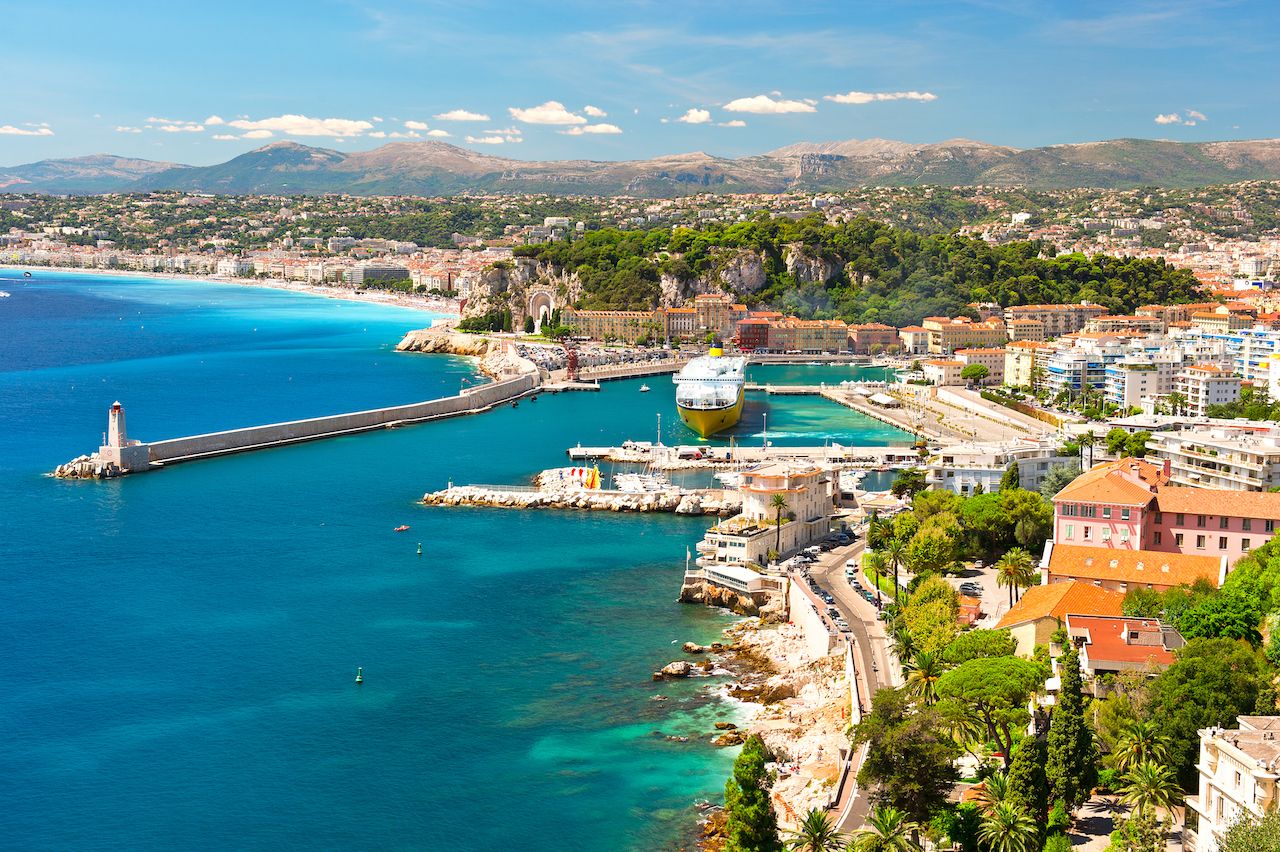 There are actually affordable cities outside of Eastern Europe, even near popular tourist centers. If you want to be closer to the ocean, Nice, France, is a strong option. A huge port city right on the ocean, Nice is easily accessed from many other locations in the south of France. The best time of year to visit is from the spring to early summer when you’ll beat most of the crowds and have amazing weather. Accommodations here at a three-star hotel will run you as low as $117 a night, and if you’re particularly flexible, you can snag a room at the four-star Windsor Hotel for about $81. Not as cheap as the previous destinations but still much better than Paris. With amazing pizza and gelato, you can also eat great without breaking the bank. Meals are typically under $10 for lunch and $20 for dinner in a typical restaurant. 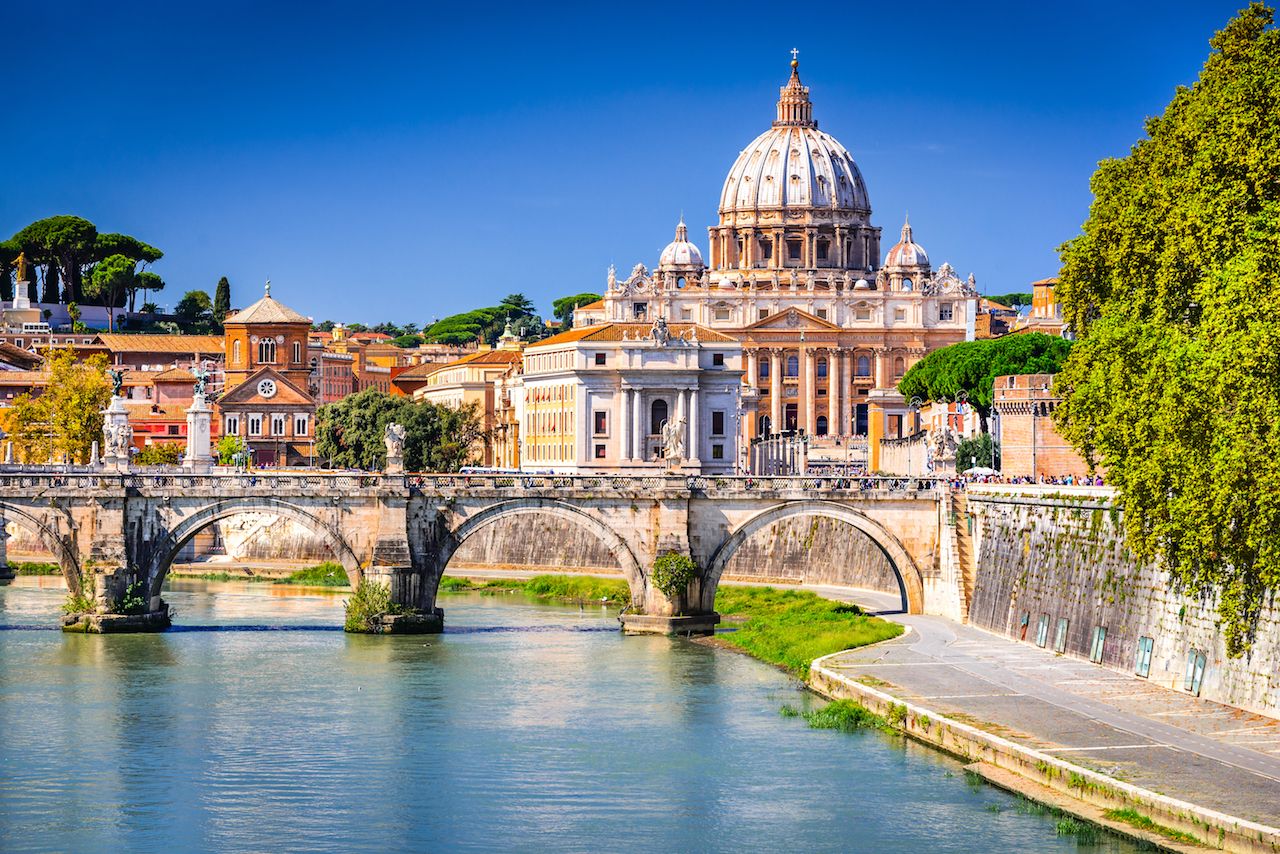 This may come as a surprise given that Italy is not always known to be cheap. But eating in Rome — among the most celebrated capital cities anywhere in the world — is actually more affordable than you might think. Coffee runs about $1.40 per cup. A takeaway meal is between $6 and $10, and a plate of pasta at a decent joint isn’t much more than that. If history is your biggest fancy, then Rome is the place for you. Many of the city’s most famous attractions are free. With countless things to see and do, it is a high bucket-list item, and by utilizing their great public transportation or walking you can see all the big-ticket items on the cheap. Home to Trevi Fountain, the Coliseum, Vatican City, and amazing pizza, you won’t run out of things to do. Although you may end up crashing in a hostel (around $30 per night) as hotels in the city do cost a pretty penny.

Travel7 Unexpected European Cities That Come To Life in the Winter
Tagged
Budget Travel Trip Planning
What did you think of this story?
Meh
Good
Awesome