Everyone knows the hassle and frustration when it comes to airports losing or mishandling luggage. No one wants to go through the process of finding lost or stolen luggage. And watching your sad, cracked-open suitcase move along the baggage claim belt, is nothing short of a nightmare. (Although, seeing raw chicken on the belt might be equally as scary.) The good news is that we’ve got a list of which US airlines you can trust with your luggage and which you’d be taking a gamble with.

According to Luggage Hero, 690,000 bags were lost or mishandled in the year’s first half. Luggage Hero collected data from 17 airlines and examined their luggage performance based on the US Department of Transportation’s numbers about Mishandled Baggage in Air Travel Consumer Reports from January 2021 to June 2021.

At the top, ranking for the third year in a row is Allegiant Air. Envoy Air seems to be the worst airline to handle luggage. Take a look at all the airports in between before you book your next flight. 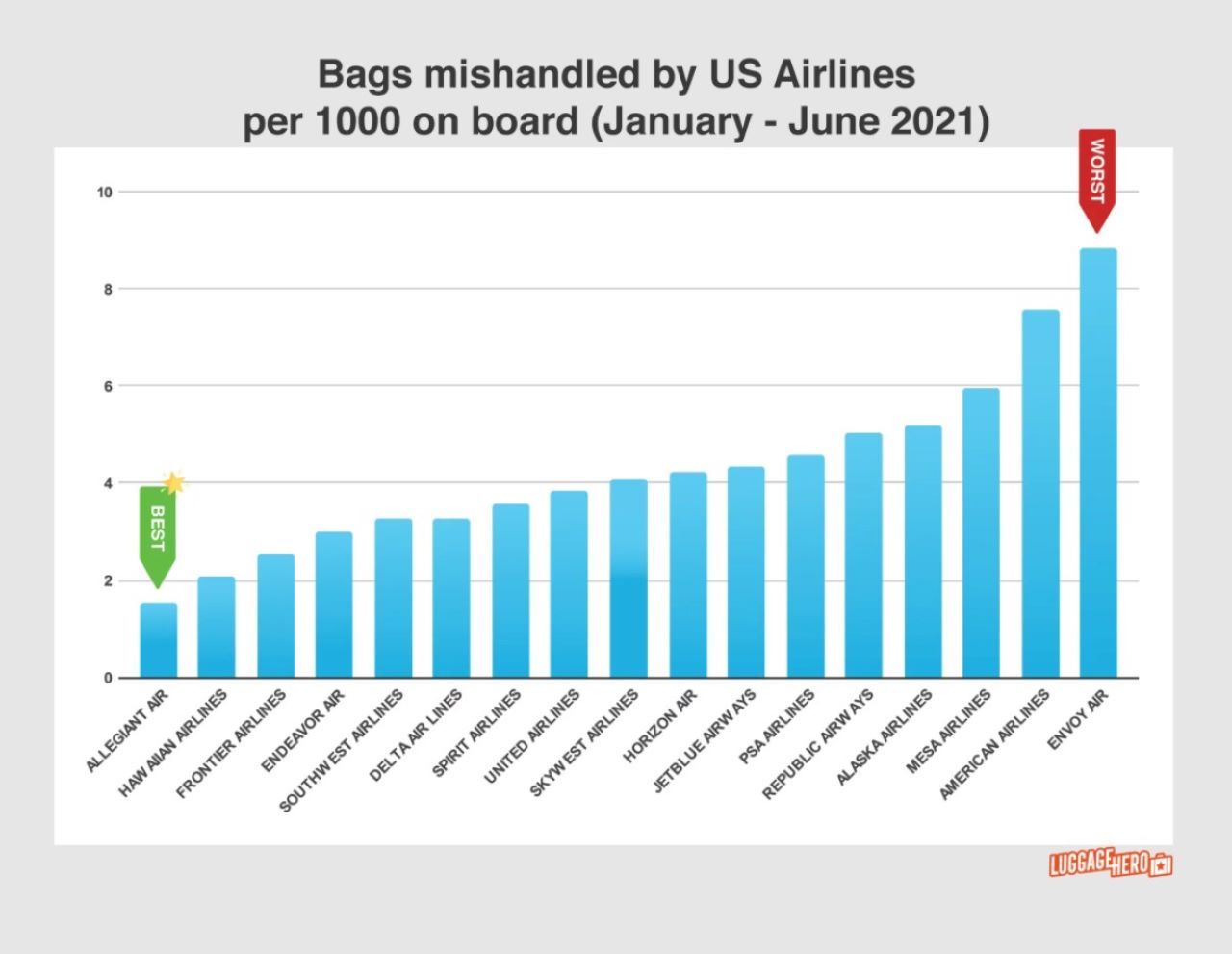 This year a person’s bag had a 0.4 percent chance of being mishandled which is lower than last year, topping at a 1.1 percent chance, according to Luggage Hero.

Overall, lost or damaged luggage doesn’t happen often, but travelers should always report it to the airline or file a claim.

NewsSurvey says these airports are the best to fly out of in 2021
Tagged
News
What did you think of this story?
Meh
Good
Awesome

Airbnb wants to set you up rent-free in a designer house in Sicily for one year
These countries will require a COVID-19 booster shot to get in
Every type of mask you’re allowed to wear while flying
Britain will no longer require COVID-19 testing for vaccinated travelers
Who owns the world’s strongest passports in 2022?