From the grizzly bear-laden rivers of Katmai to the pristine wilderness of Denali National Park, Alaska is loaded with spectacular destinations for outdoor adventurers and wildlife lovers. But it’s tough to beat the untouched natural beauty of the Alaska Arctic Circle. 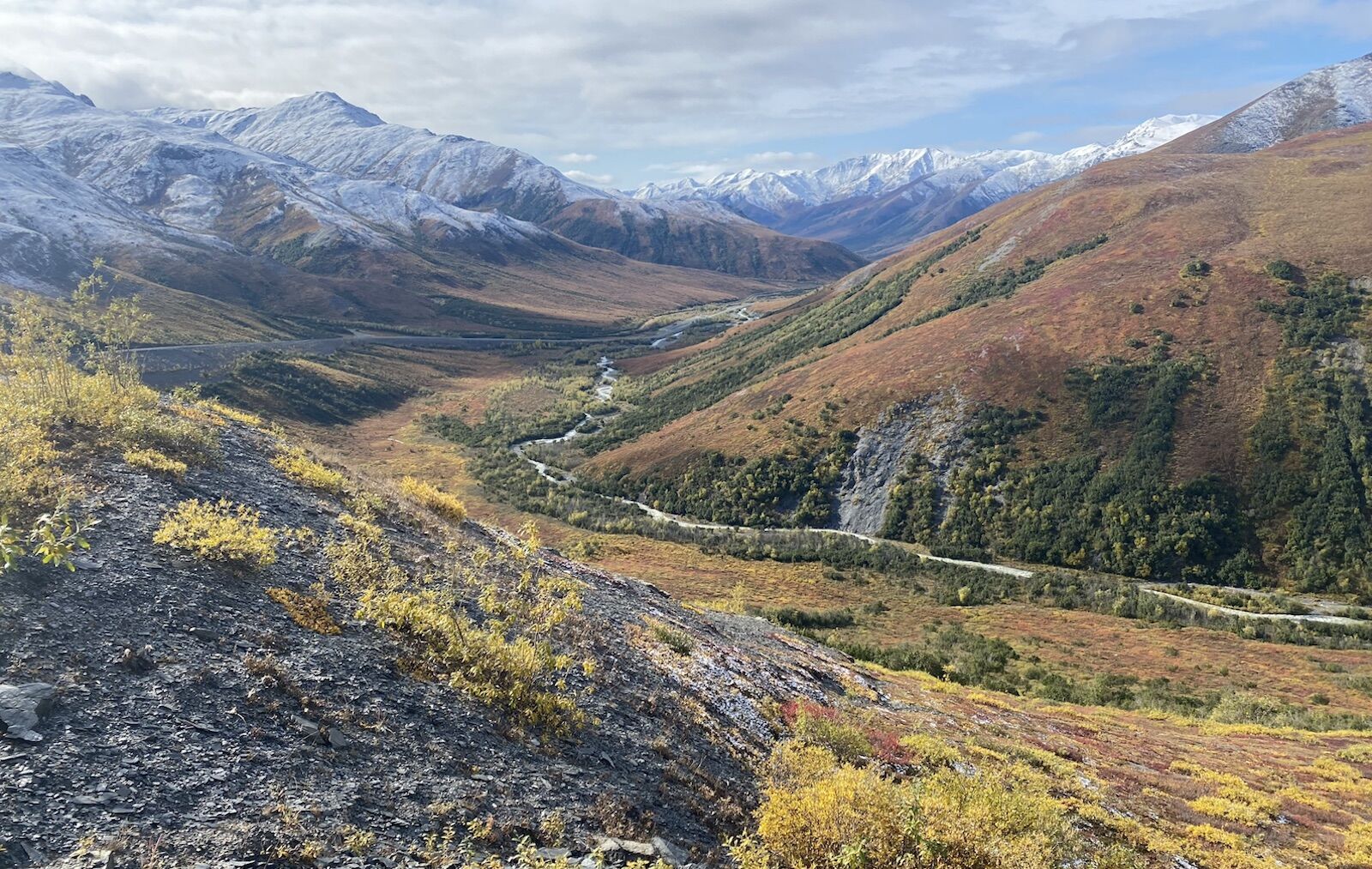 Though some travelers may be put off by the lengthy travel time and lack of luxury accommodations in towns in the Alaska Arctic Circle, those who venture north can expect a world unlike anywhere else in the US. The part of Alaska above the 66th parallel is full of staggeringly beautiful landscapes, with sweeping mountain ranges and vast expanses of tundra travelers are free to explore.

The process of planning a trip to the Arctic Circle in Alaska can be a little arduous, but once you’ve sorted out the flights, accommodations, and shuttle services and actually arrived in Alaska’s far north, you’ll realize the extra effort was worth it to access what many people call “The Last Frontier.”

What is the Arctic Circle?

As you may already know, there’s no physical demarcation of the Arctic Circle. Humans set the artificial boundary in accordance with the earth’s summer and winter solstices. In areas on the Arctic parallel, the sun shines for 24 straight hours on the first day of summer, but doesn’t rise above the horizon on the first day of winter.

On the exact boundaries of the circle, those are the only two days with such extreme light conditions. But in more northern locations, the annual periods of midnight sun and polar night are even lengthier.

Where is the Arctic Circle? 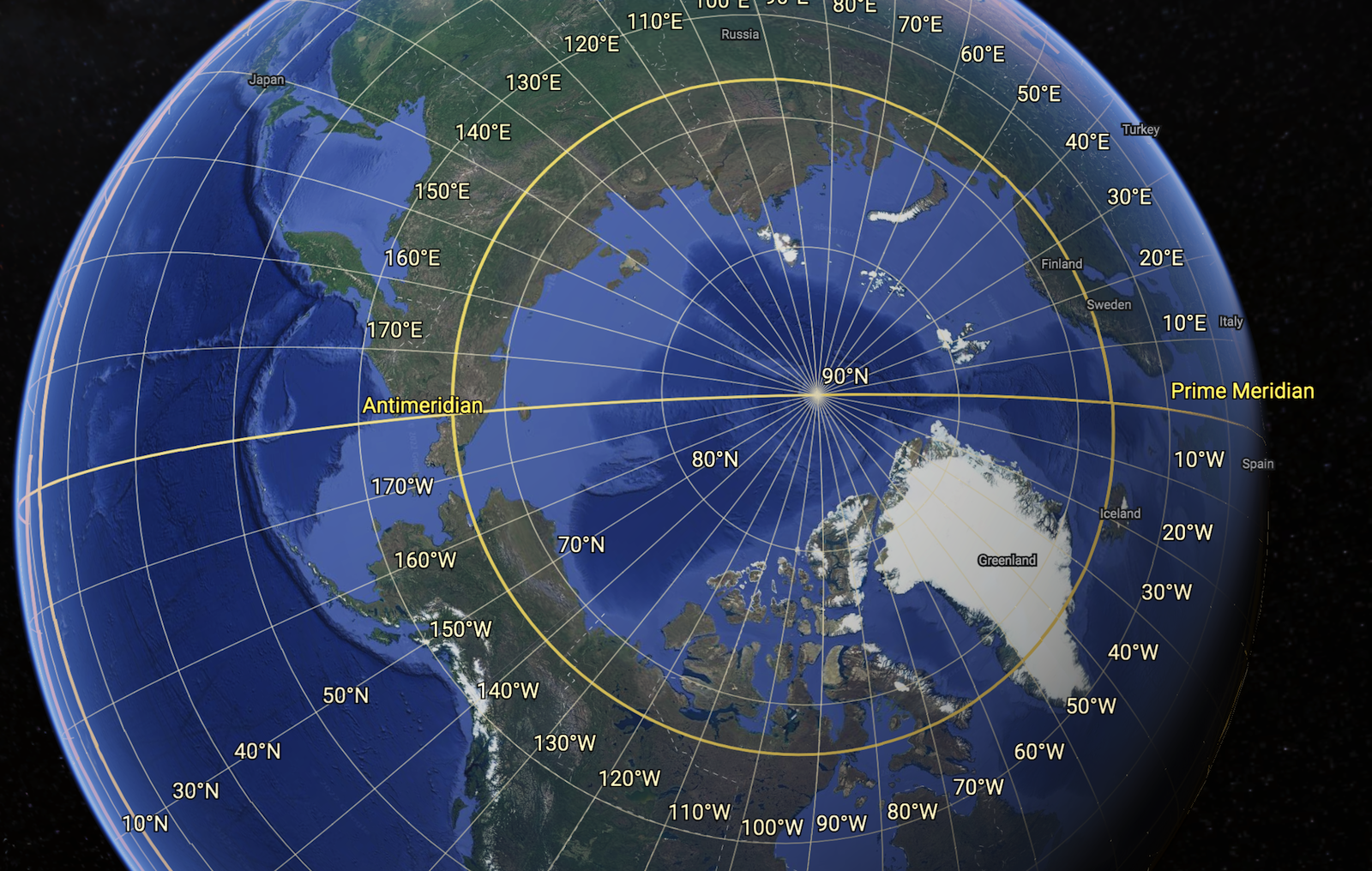 The Arctic Circle starts at roughly the 66th parallel. It’s the northernmost of the earth’s five major circles of latitude. From north to south, the others are the Tropic of Cancer, the Equator, the Tropic of Capricorn, and the Antarctic Circle.

Roughly four million people live on or above the Arctic Circle in major cities like Murmansk, Russia (the largest city north of the Arctic Circle), and Longyearbyen, Norway (the world’s northernmost settlement of 1,000 people or more).

None of the settlements in the Alaska Arctic Circle crack the top twenty in terms of population. But cities like Utqiaġvik and Kotzebue are still popular destinations for adventurous travelers. 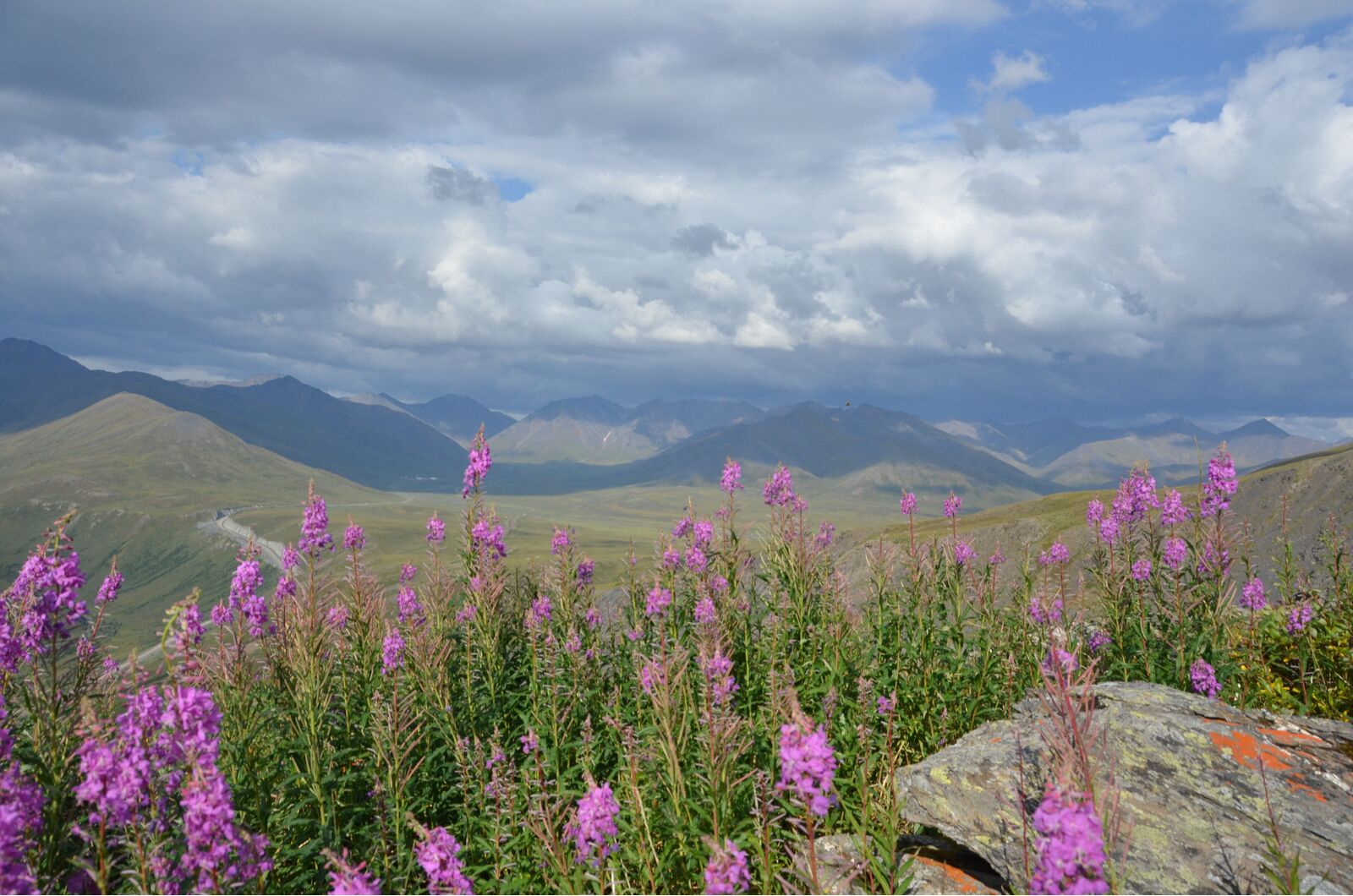 There’s no wrong season to visit the Alaska Arctic Circle, but visitors can expect vastly different experiences depending on the time of year. The warmer months bring some much-needed light and warmth to the Alaskan landscape, while travelers can encounter one spectacular celestial phenomenon only in the dimmest days of winter — the aurora borealis.

Book your visit between early May and late July if you’re hoping to spot iconic Alaskan wildlife like caribou, moose, and grizzly bears. The native flora and fauna of the Arctic are on full display around this time, with ample opportunity to spot cubs and calves enjoying their first summer.

Things to do: wildlife viewing 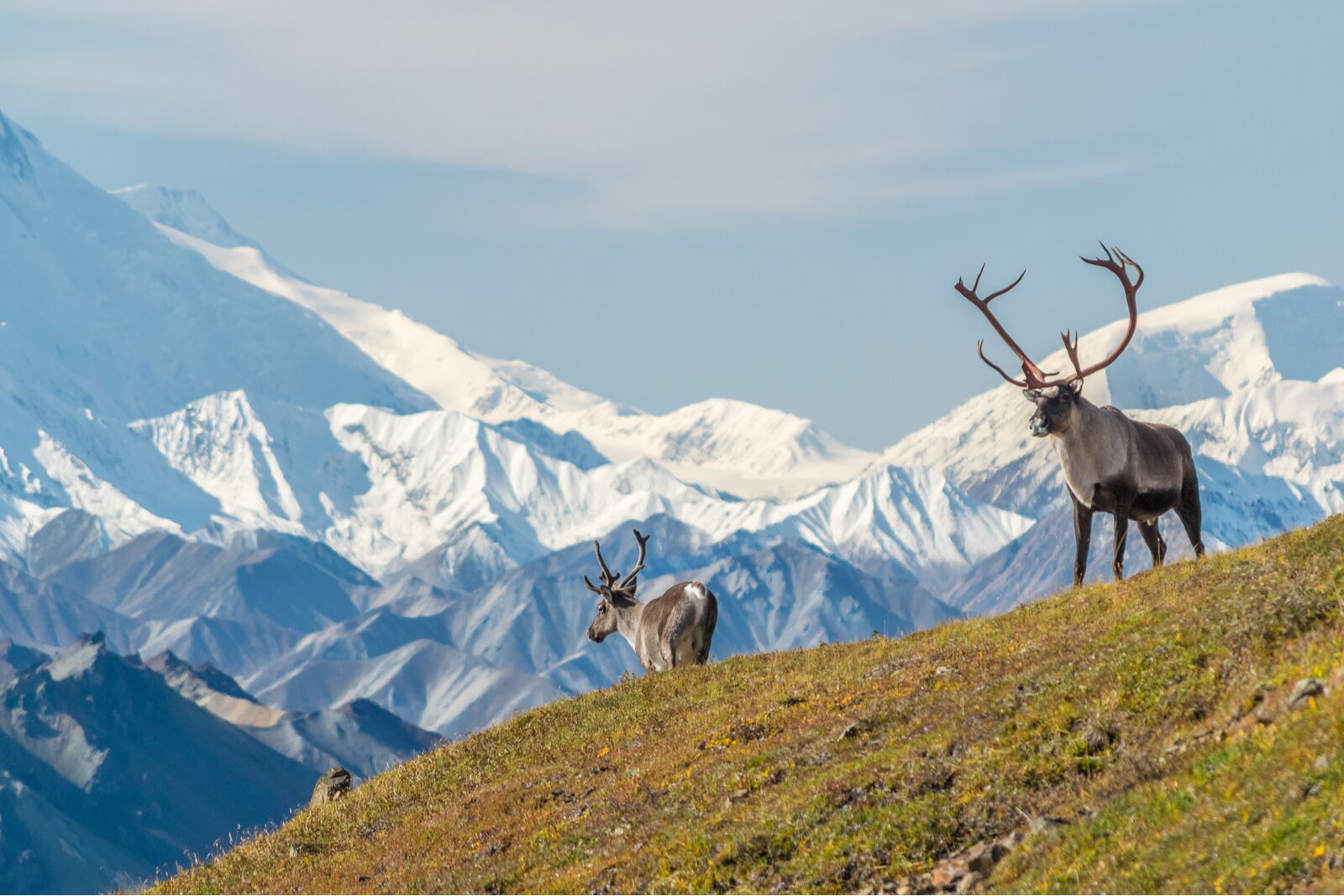 One of the most popular activities in the state is witnessing one of the state’s most spectacular natural events: the annual caribou migration. Most travelers go with guides on multi-day trips; Arctic Wild is probably the most well-known in the area. The migration only happens for two or three weeks between late June and early July, but participants will likely see tens of thousands of caribou as they traverse the pristine northern reaches of the Arctic National Wildlife Refuge.

Polar bears, on the other hand, spend the bulk of their lives prowling the Arctic sea ice for seals and tend to stay on the mainland from roughly September to November when the ice is thin. To get a close look at these fascinating creatures, book a polar bear tour near the town of Kaktovik. It’s a tiny community on the northern coast of the Arctic National Wildlife Refuge.

Planet Earth Adventures offers high-end tours that sell out usually a year or more in advance and include opportunities to spot bears from land and water. Akook Arctic Adventures runs four-hour tours ideal for travelers already in Kaktovik, and Kaktovik Tours runs two- and four-day trips that start and end from your hotel in town.

Things to do: see the aurora borealis 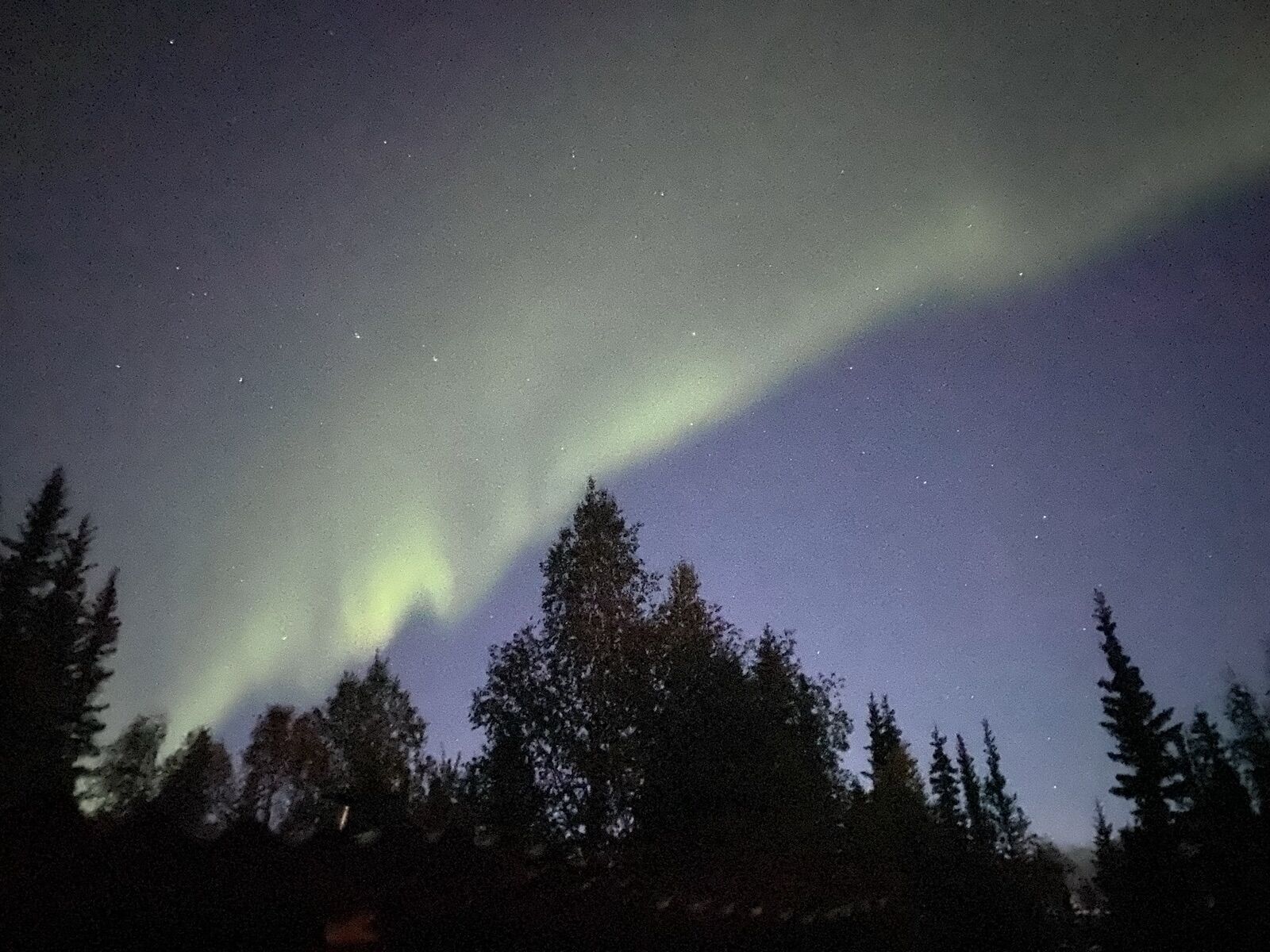 If you want to catch a glimpse of the iconic aurora borealis, a winter visit is certainly in order. This colorful lights show is technically present in the Arctic throughout the year, but it’s only visible well after sunset. And since there’s no guarantee it will appear on any given night, you’ll want to dedicate several nights to trying to see it.

Some Arctic accommodations like Coldfoot Camp offer late-night aurora borealis excursions, and Borealis Basecamp near Fairbanks has massive metallic igloos with plexiglass ceilings, allowing guests to soak in spectacular views from the comfort of a warm bed. While it’s not quite in the Alaska Arctic Circle, anybody with the Northern Lights on their bucket list should try to spend a night at one of those two lodges to start or end their trip.

Getting around the Alaska Arctic Circle 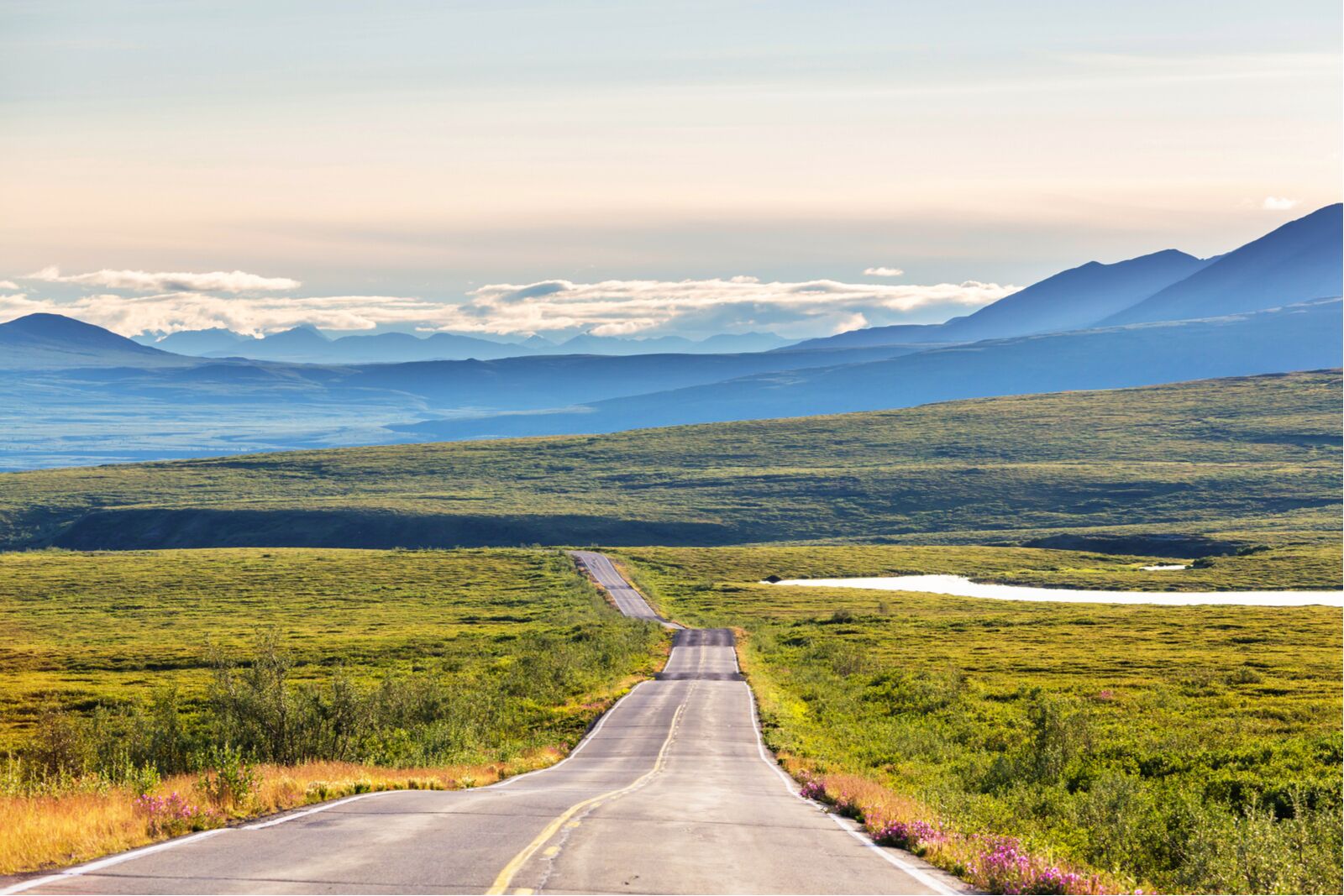 No matter how you choose to explore Alaska, there’s a significant chance that your journey will begin in either Anchorage or Fairbanks. The two are the primary gateway cities to northern Alaska, and Alaska Airlines offers daily nonstop flights to both from Seattle. It’s mostly a matter of personal preference. Anchorage is by far the largest city in the state, but Fairbanks –360 miles northeast of Fairbanks – offers a bit more in the way of access to remote reaches of interior Alaska.

Once you’ve settled on your entry point, one essential question looms: do you need to rent a car? While it’s certainly an option, you don’t need to.

Most destinations in Alaska’s Arctic Circle can only be reached by plane. And for the few towns with road access, companies like the Dalton Highway Express can take travelers from Fairbanks to the highway’s northern terminus (and it makes a few stops at essential tourist destinations along the way).

Remember that the Alaskan frontier can be an inhospitable place, even in the middle of summer. If an emergency strikes, it’s best to be in the company of professionals rather than stuck alone in a car without cell service. 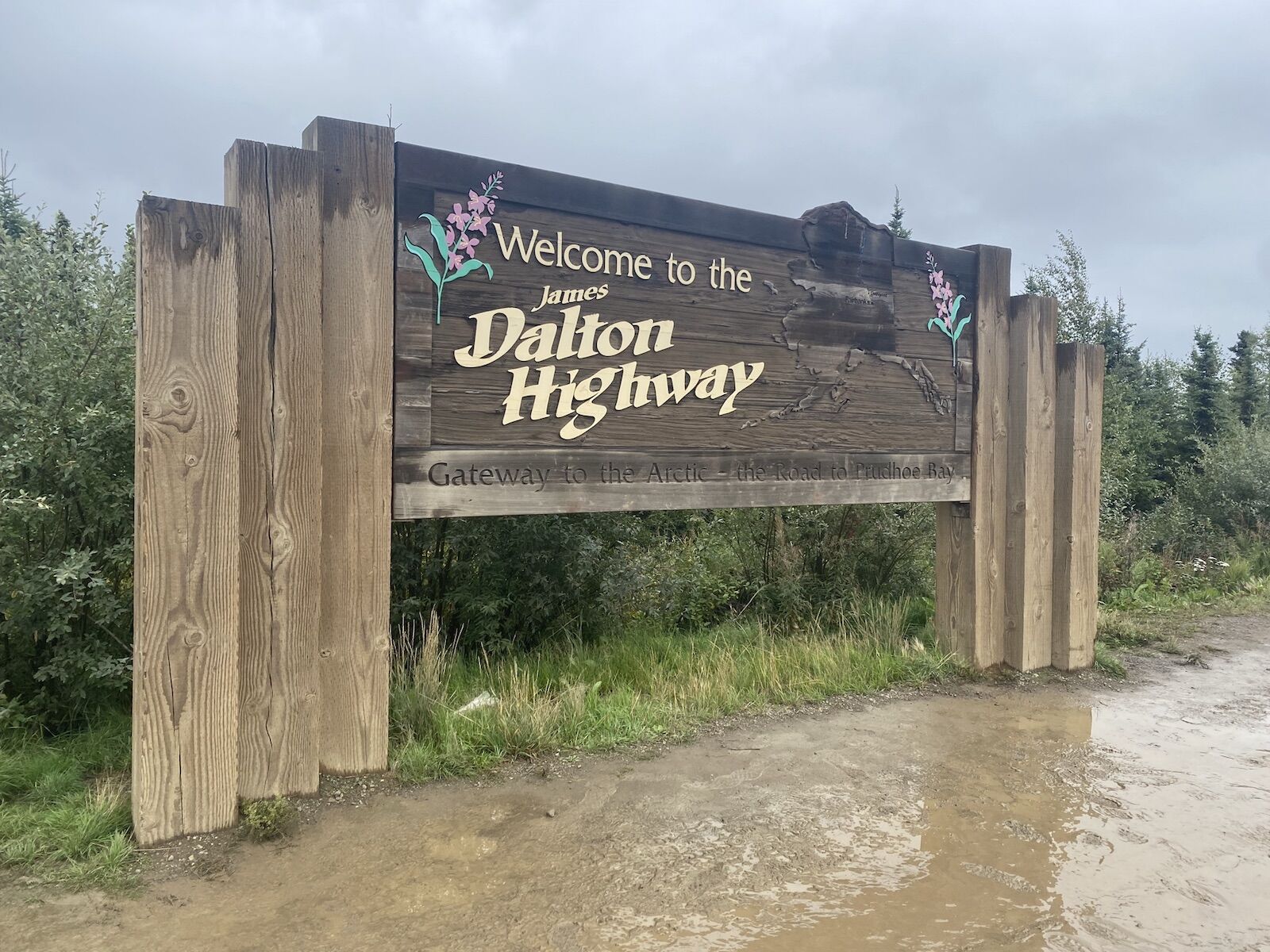 If you have your heart set on exploring the Alaskan Arctic by car, you’ll be spending a lot of personal time with the Dalton Highway, also known as Alaska Route 11. The 414-mile span was built in 1974to accommodate the Trans-Alaska Pipeline.

Despite the name, this “highway” is a far cry from a typical US road. Accommodations are few and far between and the northern reaches are little more than a bumpy gravel path. It’s a massive undertaking to travel the entire length of the Dalton Highway, so many visitors prefer to venture roughly one-third of the way up to Coldfoot, a tiny community home to the aforementioned Coldfoot Camp.

Whether you’re driving yourself or making the journey by shuttle, the trip from Fairbanks to Coldfoot Camp is sure to be a lengthy one. More than 250 miles stand in between the destinations. But fortunately, there are a couple of cool attractions along the way to break up the monotony, including the Yukon River, Finger Mountain, and the iconic Arctic Circle Sign.

After roughly eight hours on the road, you’ll reach one of the few hospitable destinations on the Dalton Highway: Coldfoot Camp.

Accommodations around Alaska’s Arctic Circle along the Dalton highway are pretty bare-bones, and Coldfoot Camp is one of the only ones along the highway. It’s not five-star lodging, but the hotel’s incredible excursions like arctic safaris, Gates of the Arctic National Park flightseeing tours, and dog sledding expeditions, to name a few, certainly make it worth a stay.

After exploring all that Coldfoot offers, it’s possible to go north, though not particularly advisable. It’s another 242 miles up to Prudhoe Bay — the northernmost settlement along the Dalton Highway — and there’s not a single store or gas station along the way. The town itself is home to some basic accommodations like Aurora Hotel and Brooks Camp, but aside from the occasional caribou herd, there’s not a lot going on in Prudhoe Bay. If you’re compelled to visit the town anyway, it may be best to charter a bush plane for your entire journey rather than take a shuttle, since the return trip to Fairbanks can take more than twelve hours.

Exploring the arctic by plane 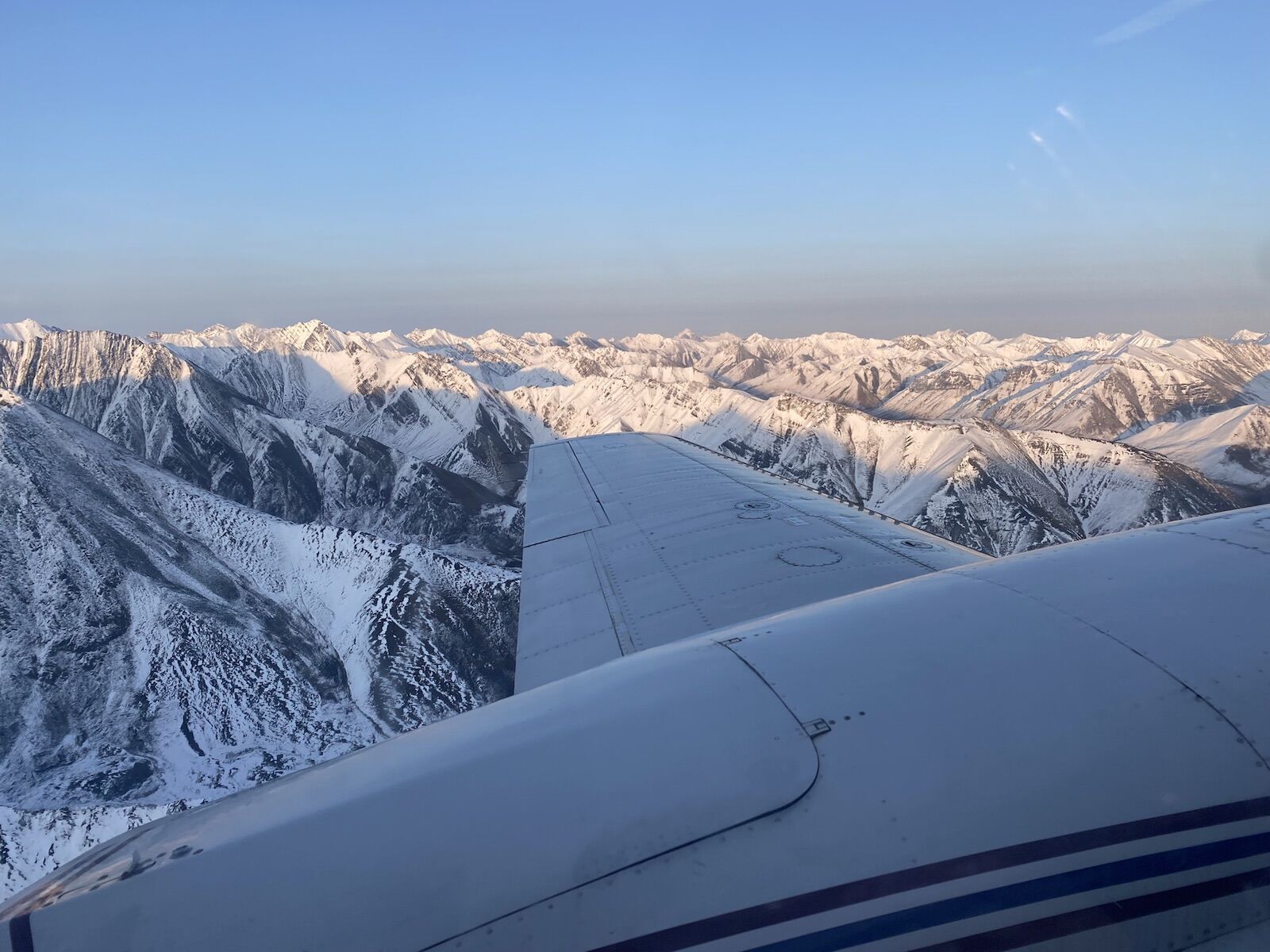 While the Dalton Highway offers a fascinating array of Arctic attractions to see, it’s far from the only area worth visiting in the region – though travel by car is no longer an option once you’ve strayed from Route 11. To reach some of the most remote settlements that the Alaskan Arctic Circle has to offer, you’ll need to fly.

In terms of commercial flights, Alaska Airlines offers daily trips from both Anchorage and Fairbanks to the coastal cities of Kotzebue and Utqiaġvik. Kotzebue is just a hair north of the Arctic Circle line and is the major population center of Alaska’s Northwest Arctic Borough. Newcomers are welcome to take a stroll around the Northwest Arctic Heritage Center, but for the bulk of visitors, Kotzebue serves as a gateway to the staggeringly large Kobuk Valley National Park, a haven for native Alaskan wildlife like Dall sheep and musk ox.

Utqiaġvik, on the other hand, is the northernmost settlement in the United States, providing visitors with stunning views of the Arctic Ocean coast. While it’s possible to fly in and explore solo, it may be best to link up with a professional tour company if you’re a first-time visitor. If Fairbanks is your base, check out the one-day Utqiaġvik (Barrow) Expedition from Northern Alaska Tour Company. The trip lets travelers access the remote reaches of Alaska without worrying about overnight accommodations.

Train TravelRiding the Alaska Railroad Is a Fun and Beautiful Way To See the 49th State
Tagged
Outdoor National Parks Road Trips Wildlife Alaska, United States
What did you think of this story?
Meh
Good
Awesome