Paris might be dubbed “The City of Lights,” but until January 20th, 2019, Amsterdam will be giving it a run for its money with some pretty impressive luminous displays.

As part of the seventh annual Amsterdam Light Festival, which officially began last month, a variety of eye-catching light installations will be on display across the city. The festival’s theme this year is “The Medium is the Message” and the festival is featuring 30 displays in total, created by artists from around the world. 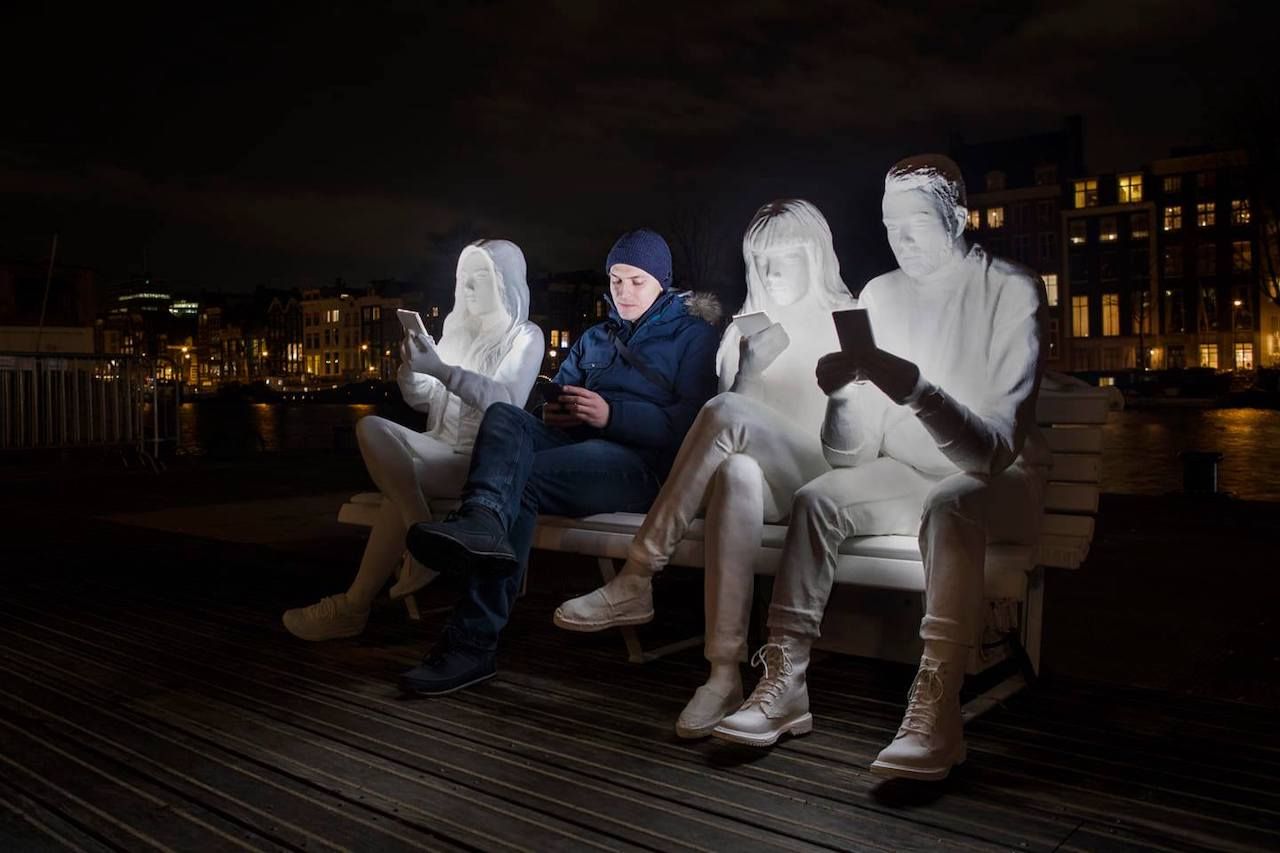 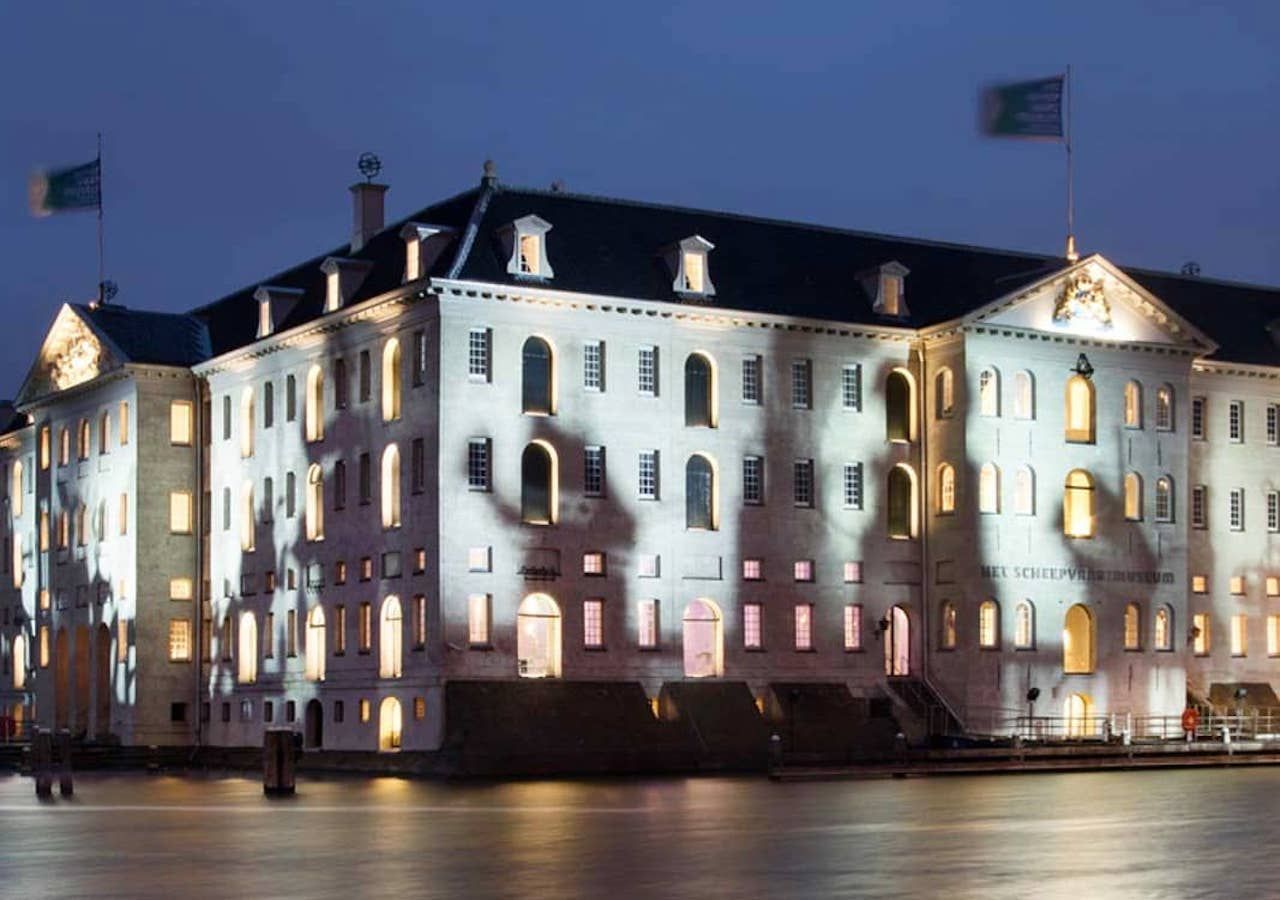 Some notable exhibits include the Two Lamps exhibition, designed by Jeroen Henneman, as well as Absorbed by Light by Gali May Lucas, a British artist. In a sharp commentary on technology dependence, Absorbed by Light features three figures sitting on a bench, heads bent down, their faces lit by smartphone screens. Visitors can even place themselves in the display, by sitting beside the figures. In Shadow Scapes by Marcus Neustetter, a South African artist, various objects from the Scheepvaartmuseum are recreated on the museum’s facade as flat, projected silhouettes. 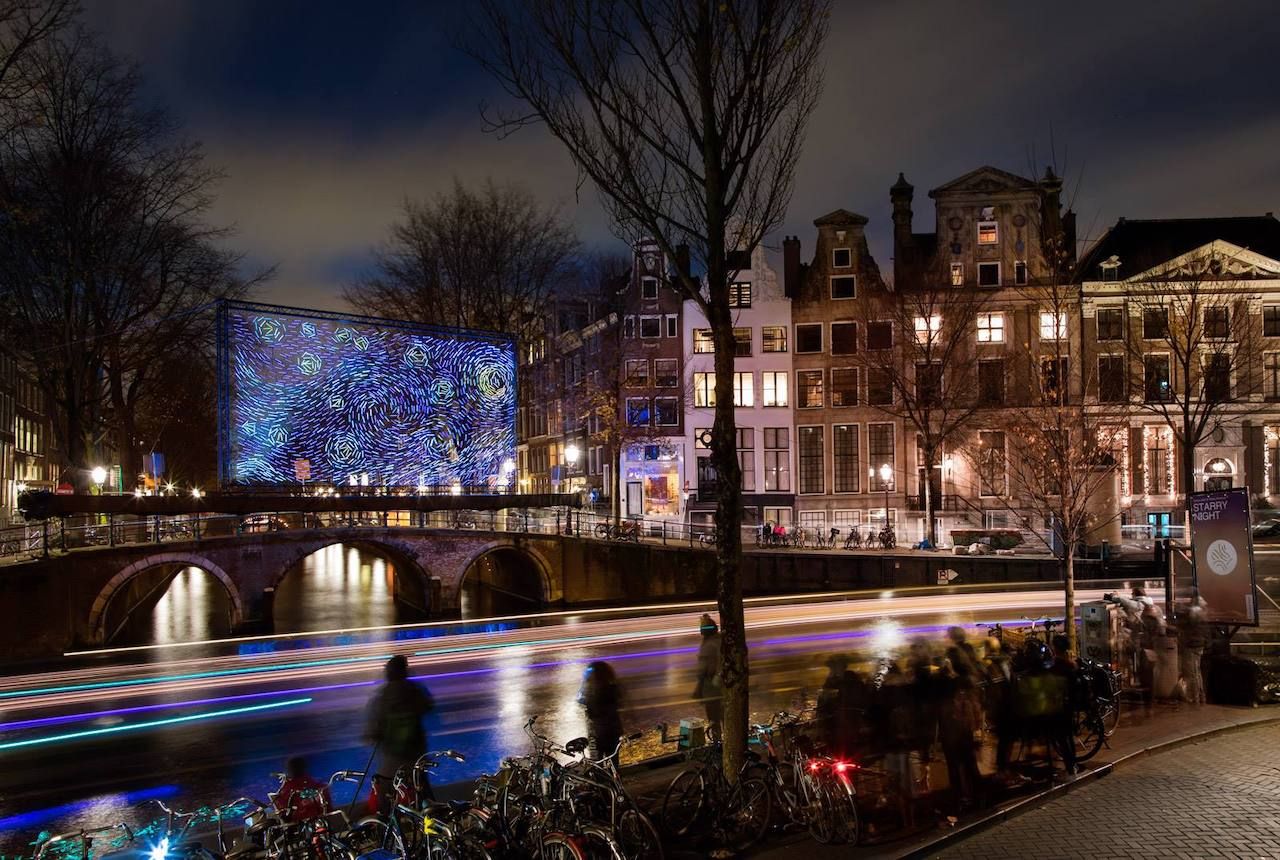 Sabrina Beek, head of digital marketing for the Amsterdam Light Festival, told Lonely Planet, “The reaction from the public has been great and extremely positive…there was even a message from a couple that got engaged underneath Starry Night, which we were overjoyed about. How many festivals can say they’ve played a tiny role in a couple’s happily ever after?” 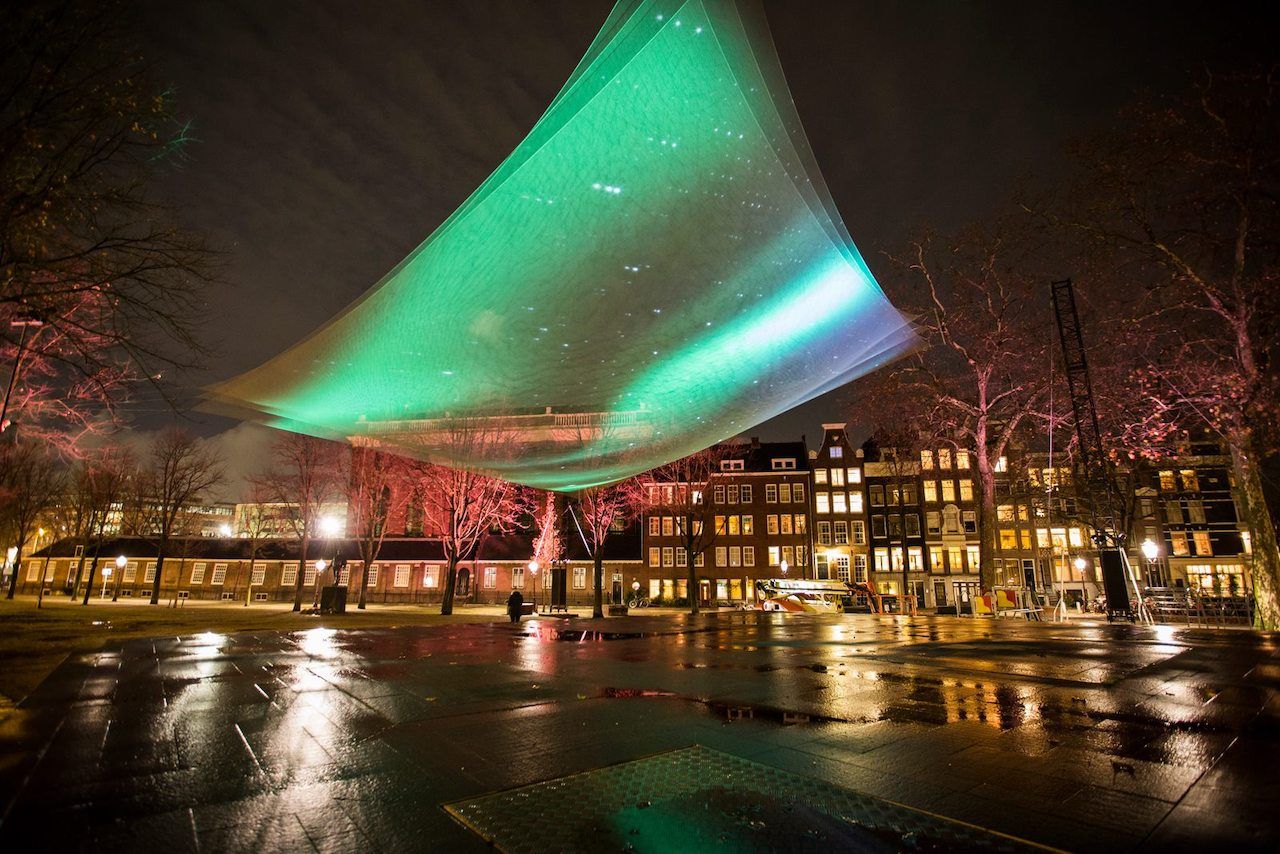 The diverse range of installations will be accessible via foot, bike, or boat, and for the first time in the festival’s history, visitors can vote on their favorite artwork to receive an award. For more information on the displays, or to book a guided tour, see the official website.

TravelEverything Tourists Miss When They Come To Amsterdam
Tagged
News Amsterdam, Netherlands
What did you think of this story?
Meh
Good
Awesome