Amsterdam is a city with a tourism problem. Fewer than one million people live there, and nearly 20 million are expected to visit by the end of 2018. That number only seems to be going up, and despite the money it brings in, locals are getting sick of the neverending flood of people from the UK, the US, and elsewhere. It’s easy to understand why: Amsterdam is often treated like an adult Disneyland with plenty of legal weed, drinking, and prostitution. Overindulgence isn’t the real Amsterdam, though.

I went to the city to spend time with distillers, bartenders, and other people who live in Amsterdam. Yes, there were plenty of drinks and a coffee shop visit or two, but there were also experiences that the average tourist normally misses. Here are the coolest, local-approved things to do in Amsterdam.

Rent a boat and explore the canals at your own pace. 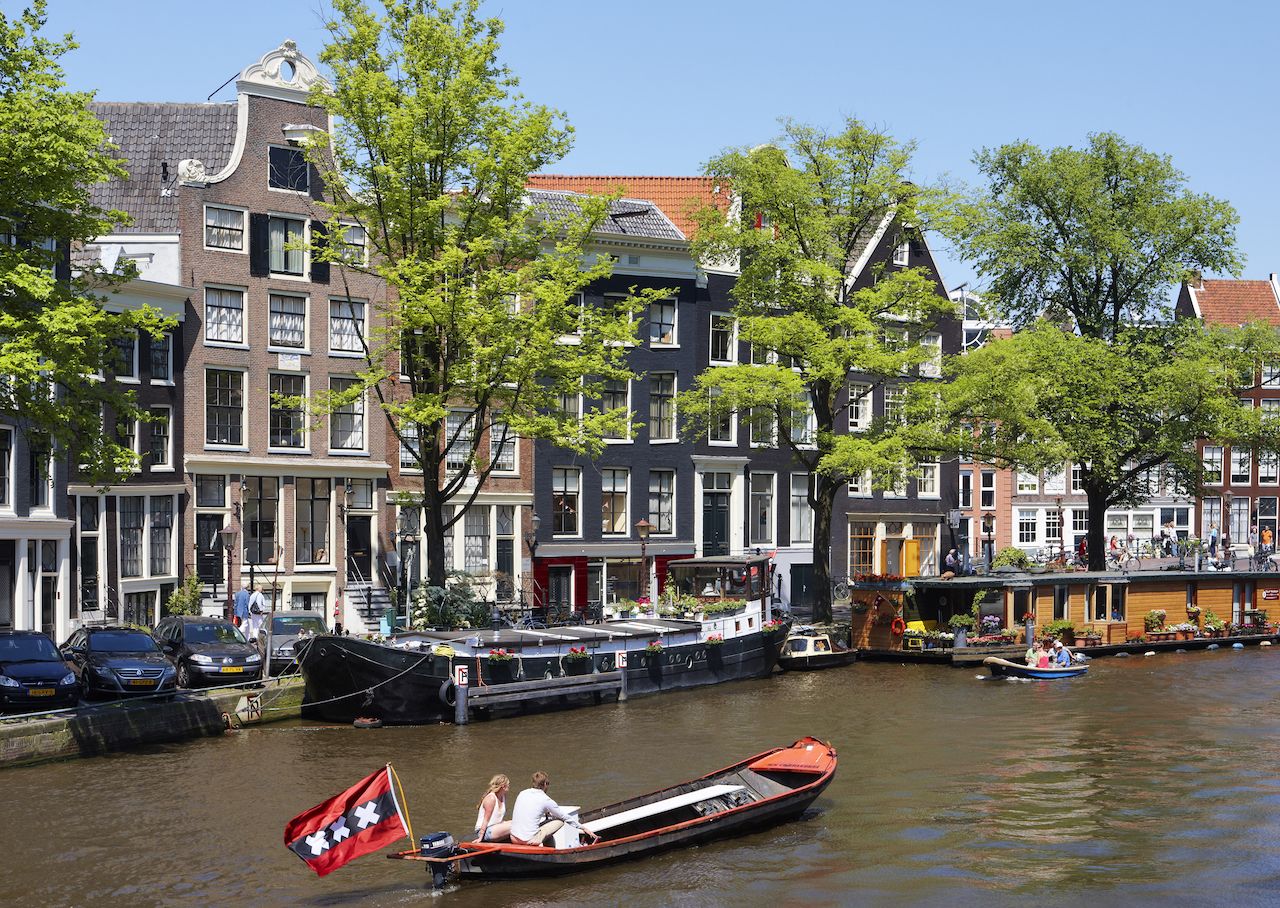 Other than perhaps Venice, Amsterdam is the most famous canal city in the world. Houseboats line the sides of the canals like water-bound shotgun houses, and stalls near bridges hawk boozy boat tours with private bartenders. The latter is for first-time tourists, and even boathouse living has become something for visitors thanks to a sort of Airbnb for houseboats. Take in the canals like a local instead by renting a whole boat for yourself and friends. Sure, you have to drive the thing and navigate on your own, but it’s surprisingly easy and affordable to get your hands on a boat (no boating license needed). Be the captain of your own ship and your own Amsterdam adventure. Avoid local holidays, however, when the city descends on canals, and it becomes more like bumper boats than a casual float.

Order rijsttafel at an Indonesian restaurant. 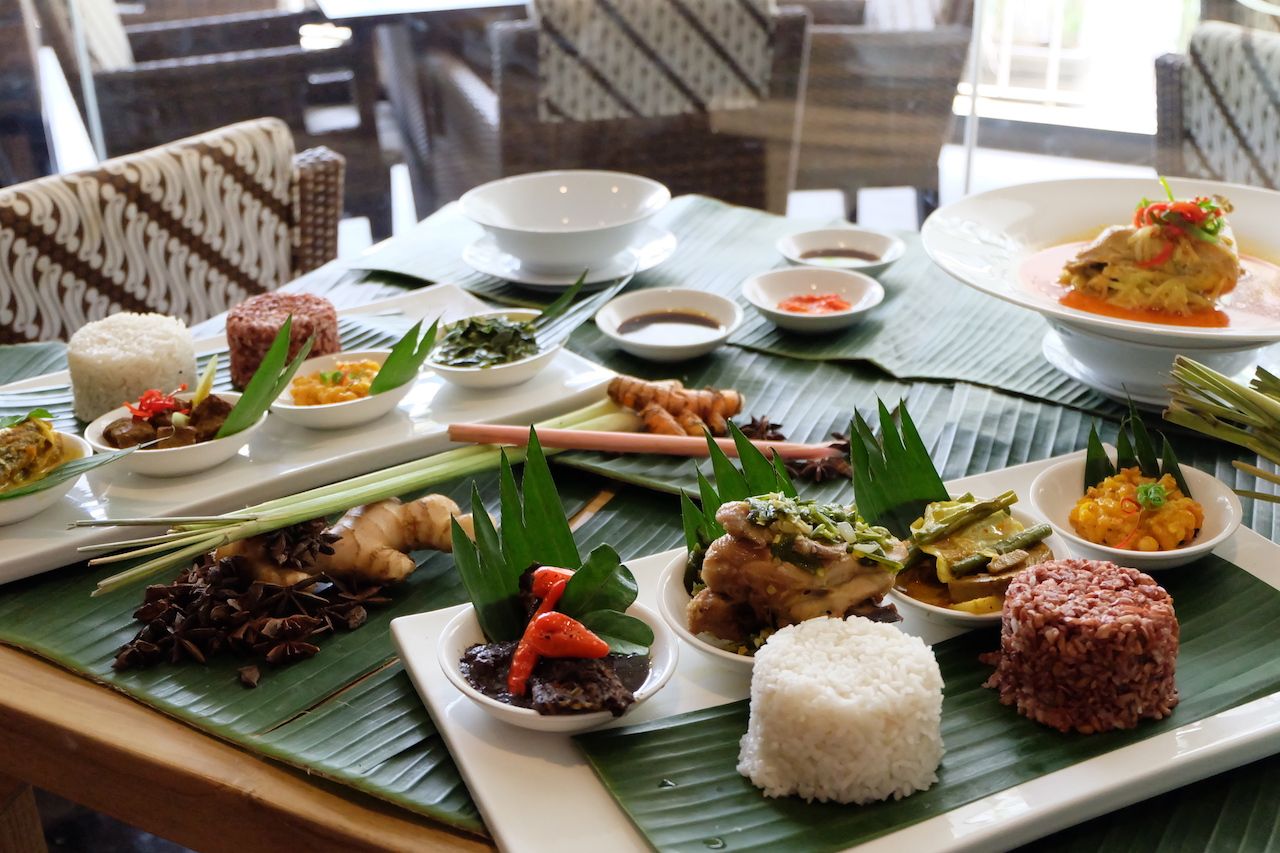 The Netherlands is and pretty much always has been a trading country. The Dutch East India Company ruled the seas for nearly 200 years starting in the 1600s, bringing spices, wealth, and culture back to the company’s headquarters in Amsterdam and beyond. Indonesia has had one of the most lasting impacts on the country, as is seen in its prevalence of Indonesian food, and you shouldn’t miss ordering rijsttafel at an Indonesian restaurant. Rijsttafel means rice table and amounts to what is essentially a tasting menu. Combine Dutch and Indonesian in your glass alongside your meal with Bobby’s Jenever, a traditional Dutch spirit that’s sort of like a mix between whiskey and gin, which gets its flavor from the same Indonesian spices and herbs that’s so prevalent in the food. Amsterdam is the best place to eat Indonesian food outside of Indonesia, so take advantage.

Eat the snacks — and lots of them. 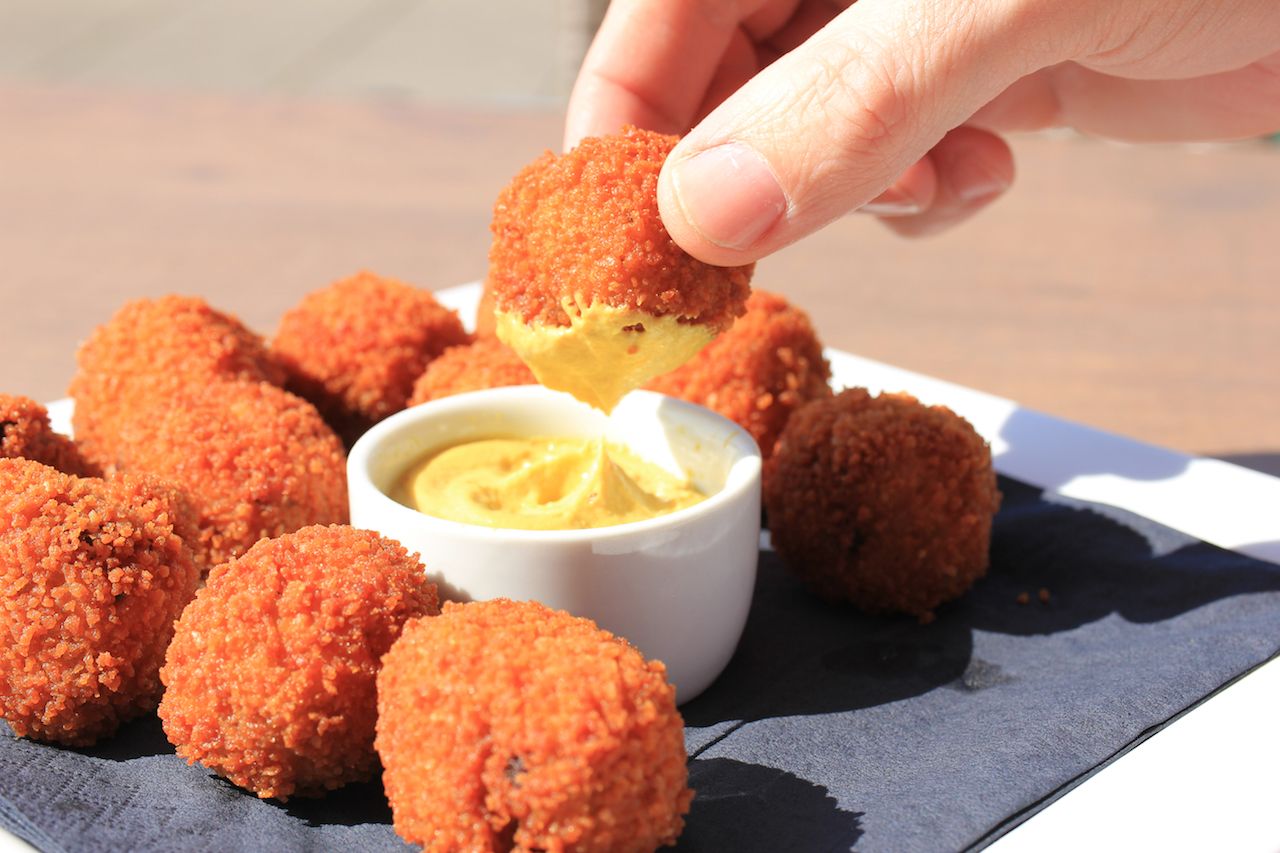 When you’re not downing Indonesian food, graze on the many different types of snacks Amsterdam has to offer around every corner. Raw herring is the most famous. Find it at stands and shops around the city served with raw onion and pickled cucumber. To eat it, pick the herring up by its tail, tilt your head back, and down the fish. You might need a drink afterward, so head to a bar and order bitterballen while you’re there. Served at countless bars, bitterballen is a deep-fried ball of meat and melted cheese. It pairs well with all of Amsterdam’s hometown beer, whether you go for a Heineken or something from one of the upstart craft breweries, like a sour or New England IPA from Brouwerij Troost. 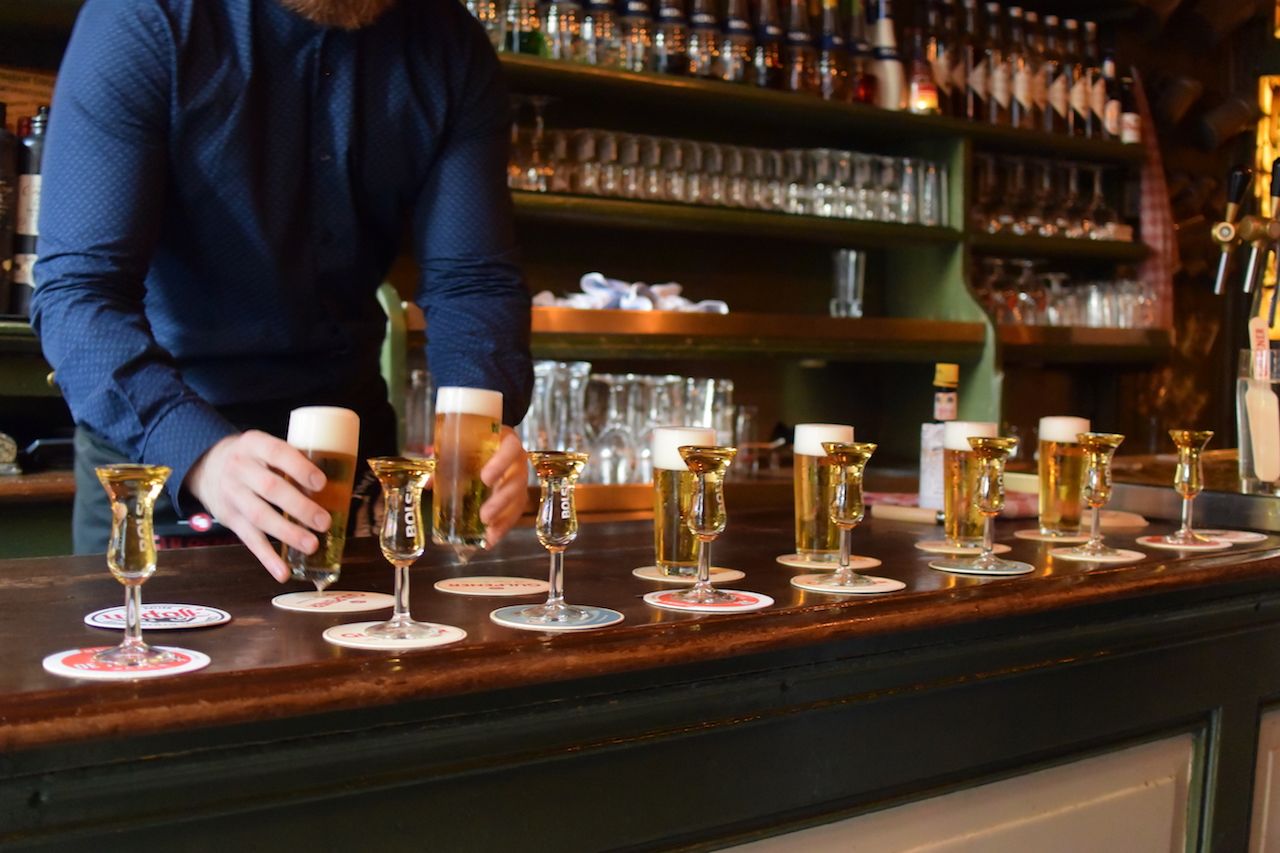 Finally, no snack tour of Amsterdam would be complete without a trip to Amsterdam’s oldest bars. De Drie Fleschjes, which dates back to 1650s, is famous for its history and its kopstoot, which translates to “headbutt” and is the Dutch version of a beer and a shot. Do enough drinking and you’ll need some food, however. There are homemade meatballs, cheese, and ossenworst (smoked sausage) on offer, but the real traditional order is a bunch of hard-boiled eggs, which you’ll find served throughout old bars in the city. 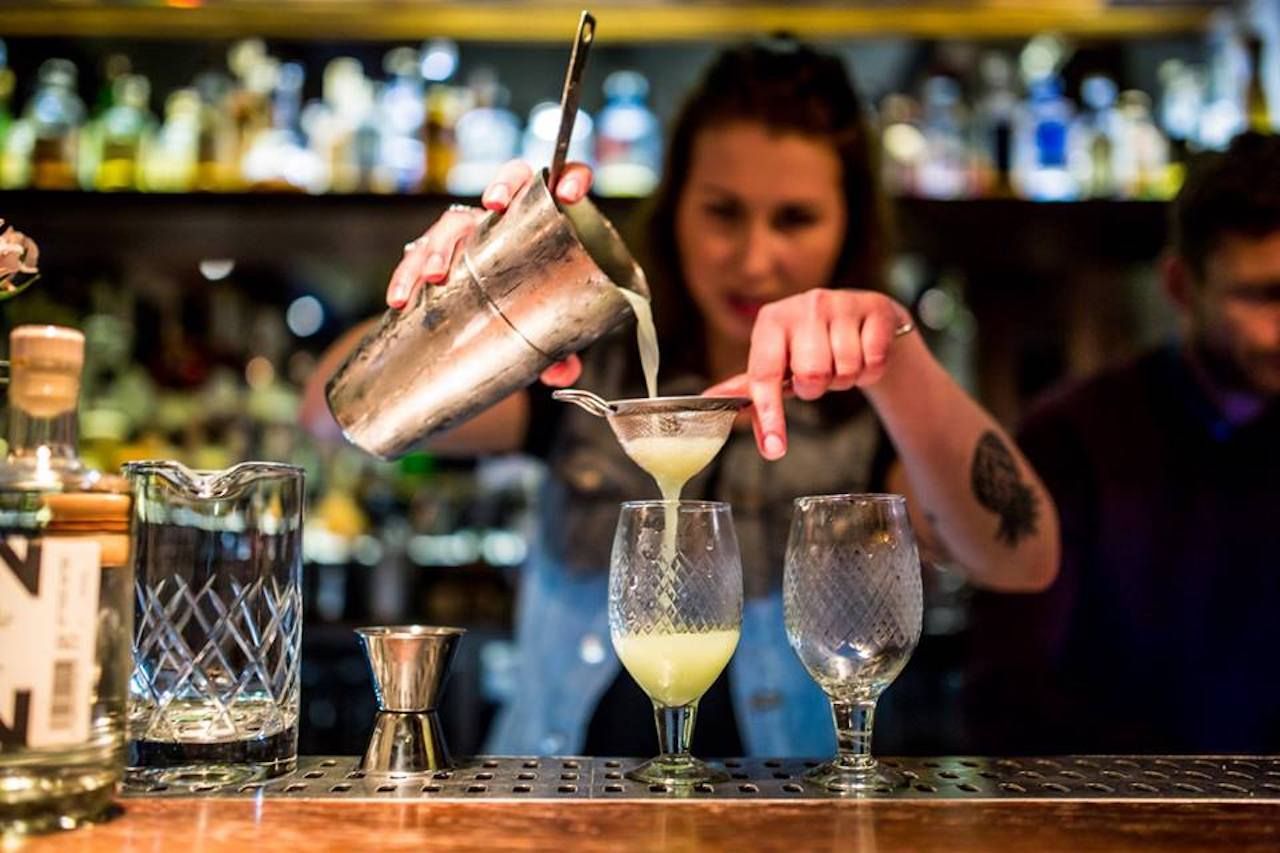 Cocktails aren’t native to Amsterdam. The city is more known as a place for beer drinkers (Heineken being the biggest local brewery) and small servings of straight liquor. Dedicated cocktail bars with Dutch flair are on the rise, though, and locals are taking notice. The Flying Dutchman has more than 500 bottles and focuses on classic cocktails served up by a knowledgeable staff. Vesper, whose name nods to James Bond’s drink of choice, has a rotating seasonal menu with milk-washed cocktails. Rosalia’s Menagerie has more than 60 local genevers and a cocktail menu that lists moods instead of ingredients. The list goes on. If you’re looking to drink like a modern local, you could do worse than hitting a cocktail bar.

Eat at a living-room restaurant.

Bypass the restaurants and bars altogether and go straight to a local’s living room for a meal. It might not be something that locals do regularly, but it is a chance to see what it’s like to live in the city and make new friends. Living room restaurants, or huiskamerrestaurants in Dutch, are exactly what they sound like: people’s homes turned into temporary restaurants. The vibe is communal and relaxed, like a dinner party with friends you just haven’t met yet. Dinner and drinks are cheaper at living-room restaurants than out in the city, and there are more chances to speak with people you’d normally never come across. You can find and reserve a spot on Sharednd.

Take a day trip out of the city. 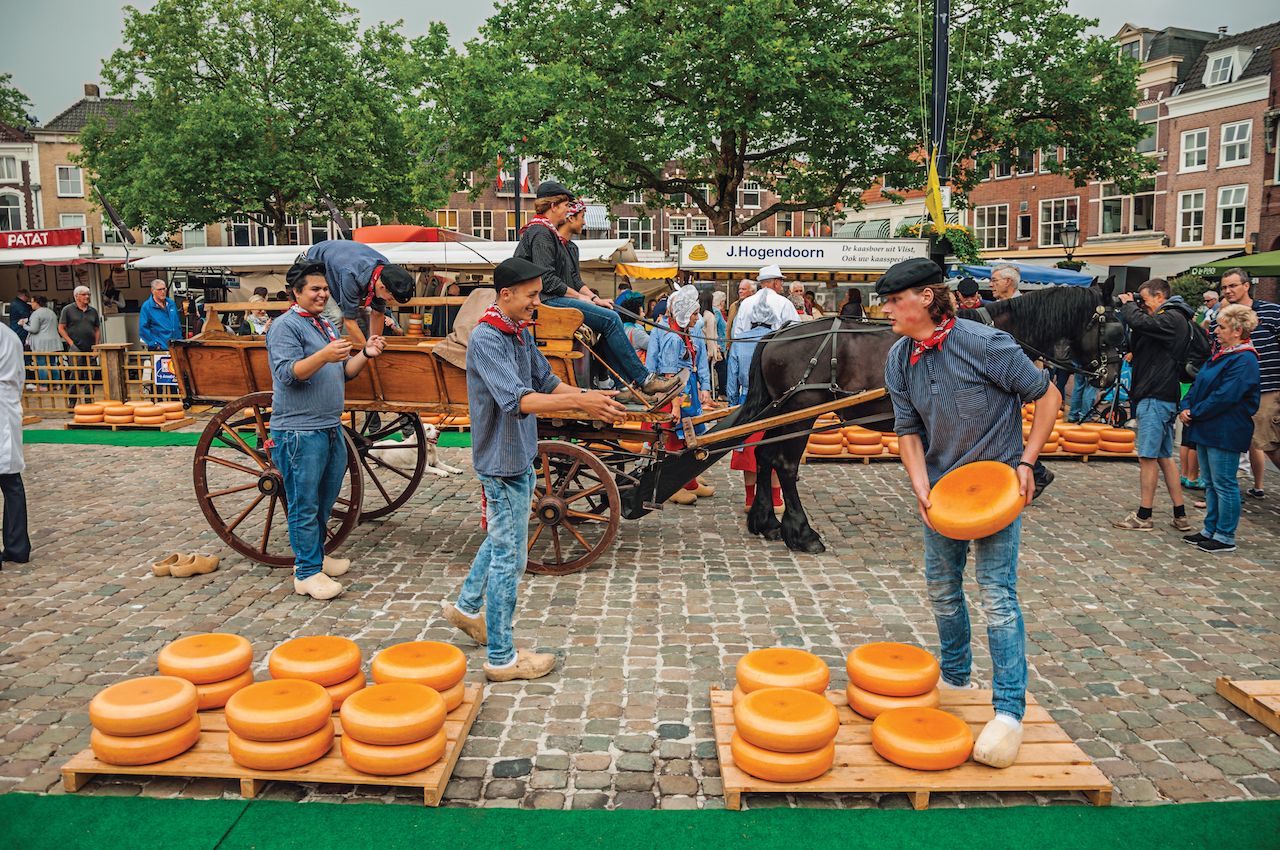 Staying in Amsterdam isn’t just about staying in Amsterdam. Thanks to the overload of tourists, the city is actually encouraging people to get out when they come for a visit — which isn’t bad advice. Go to one of Amsterdam’s many nearby beaches in the summer, or take a day trip out to a nearby distillery for a taste of the Netherlands and the chance to explore a Dutch town that has more locals than tourists. Rutte Distillers in Dordrecht is just a short train ride away, where you can sip on award-winning gin and then bike along the waterfront. Or venture out to Rotterdam and nearby Schiedam to catch modern city vibes with thinner crowds. If it’s spring or summertime when you visit and you’re a dairy fiend, take a half-hour train ride to the Alkmaar cheese market or an hour ride out to Gouda, home of gouda cheese, for an all-out cheese binge.