When it comes to using currency abroad, everything has changed with the rise of travel rewards credit cards, international ATMs, and travel-friendly bank accounts. Gone are the days when preparing for an international trip involved ordering $2,500 worth of traveler’s checks from your bank, only to find them gone a solid week before your trip ends, leaving you panicked in your hotel room with no choice but to enact your best “daddy please” voice and phone home for a wire transfer. Even the long-standing airport currency exchange booth, which for years stood as destination number one for travelers touching down abroad, is nearly obsolete in many circumstances.

When you’re far from home and the need for cash arises, the modern, globally compatible ATM is your best friend. And yet, many people still assume they’re going to get insane fees or worse, their identity stolen, for doing so. Here’s everything you need to know about ATMs abroad, when you should use them, and when you’re better off sticking with it’s often conniving, human-operated counterpart.

When an ATM is the better option 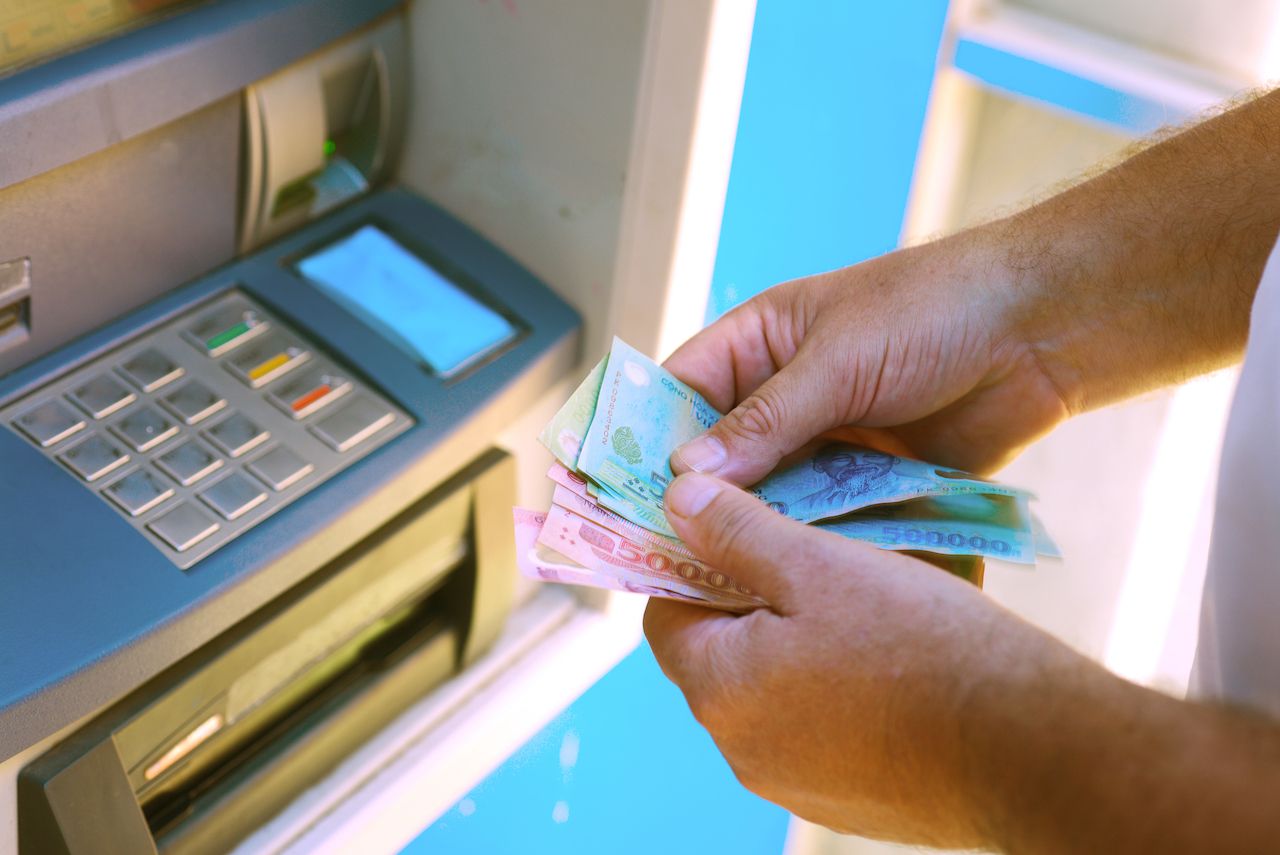 In major airport terminals the world over, rows of ATMs operated by major banks are a common site nowadays. The general best practice for international travel is to carry both a no-fee credit card and a debit card with low withdrawal fees. Using your debit card at an ATM is almost always a better option than using a money exchange service because you will get your cash with just a small international transaction fee (often not more than a couple of quarters) and avoid transaction fees and commissions entirely. Plus, you can withdraw local currency straight away when you arrive without having to fly with a bunch of USD in your pocket only to have to exchange it the moment you deplane. Check with your bank ahead of time to make sure your card can be used abroad, and you’ll be good to go.

Airport currency exchanges are often the most expensive places to change money. Think about it from their perspective — a steady stream of wide-eyed tourists deposited fresh off the tarmac, likely far more concerned with moving safely to their hotel than they are with pinching pennies en route to getting there. Of course they’re not going to mind paying $25 to exchange $250 of money — they probably won’t even notice. As a budget-conscious traveler, think of airport currency exchanges the same way you view street hagglers — with a lot of caution, and knowing that the more questions you decide to ask, the harder it gets to say no to them. Make a fast dash for the nearest bank-owned ATM and rest assured you’re getting the best possible rate.

In the European Union

Due the compatibility of the US dollar and the euro, using an ATM in European Union countries is almost as straightforward as using the ATM at any bank back home. There are a couple of small quirks, but your money is safe and you’ll walk away with the necessary cash without it costing more than your morning Americano. The impact of Brexit on handling cash in the UK is about as predictable as the impact of Brexit on anything else, but in general, the pound is stable, so using ATMs in the UK should be totally fine in a post-Brexit world.

In situations where you’re comfortable carrying cash around

Currency exchange services typically charge a commission. ATMs charge a flat fee, no matter how much money you pull out. Your bank and the local ATM where you’re making a withdrawal are likely going to charge you this fee for the international transaction, ranging from a few cents to a few bucks on each side, each time you visit the ATM. Thus, it makes sense that you’d want to withdraw as much money as you’re comfortable carrying each time, instead of heading to the ATM each morning and making a withdrawal for that day’s cash. If you bank with Charles Schwab or another travel-friendly institution, you may avoid these fees altogether, thus negating the need to carry around US $500 in yen in order to avoid paying more than one ATM fee.

Also, it’s worth noting that US-issued, travel-friendly credit and debit cards are increasingly accepted at restaurants, shopping centers, and hotels around the world — which can eliminate the need to withdraw money very often unless you’re the type who routinely kisses $300 away each time you visit a night bazaar. While this is ideal for those worried about carrying cash, expect to pay a very small charge (less than $1) on each transaction unless your bank explicitly tells you there are no international fees.

Remember that time you went to pay your tab at a cash-only bar and had to pay the $3.50 fee to use the ATM in the corner, plus an additional $2.50 because the ATM isn’t owned by your bank? Whenever possible, use the ATM of a major bank instead of an ATM managed by a store owner or other third party. Bank ATMs typically charge a lower withdrawal rate. If you’re not sure what the local bank chain is, just ask any local, including the concierge in the airport upon arrival.

When a money change service is the better option 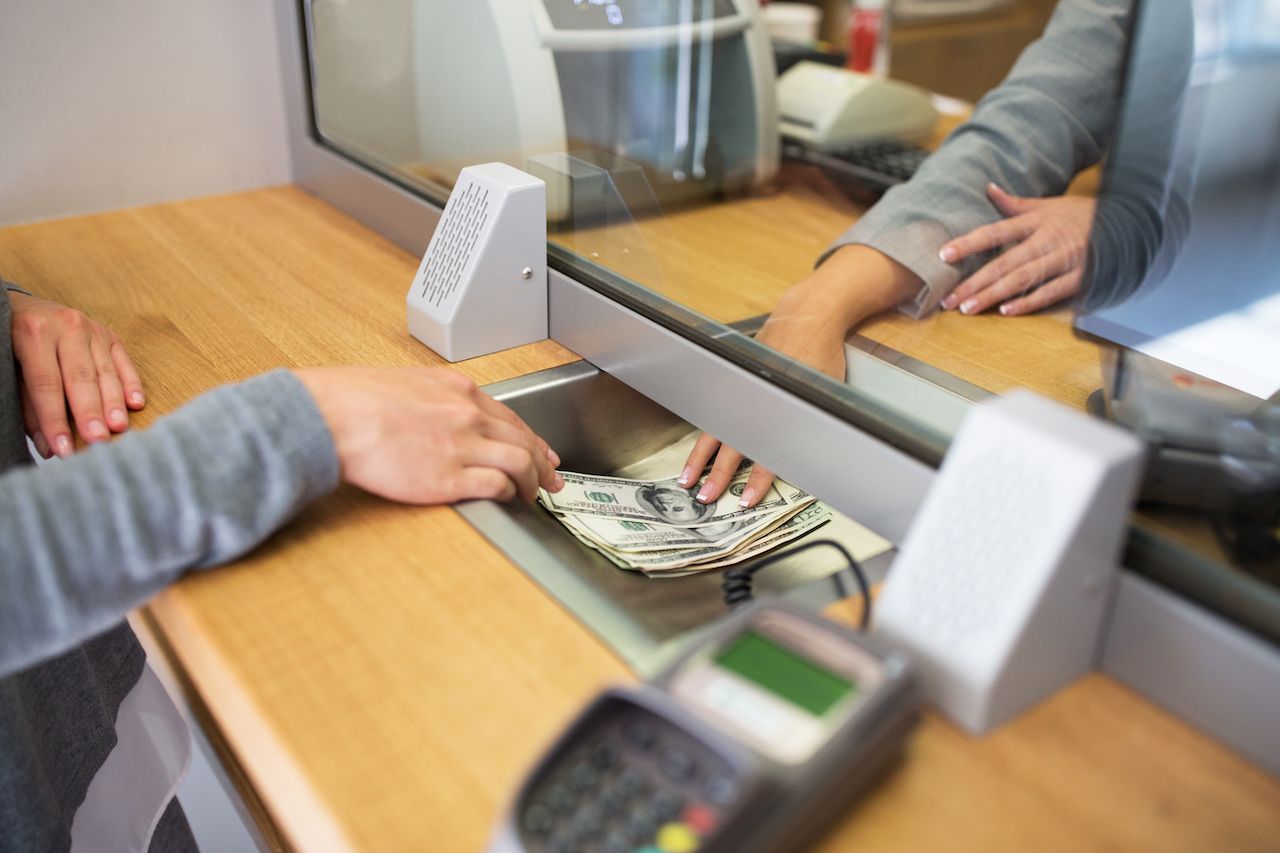 These major financial companies operate across international borders. If you bank with a tiny credit union in a small US town where global travel isn’t on the agenda of most local residents, your card may not be compatible with international ATMs, and you just might be out of luck. Call up the bank and ask if their cards work internationally. And, of course, always let the bank know when and where you’re headed — few things will ruin your day faster than heading out to ATM only to have your transaction immediately flagged as suspicious and your card locked.

In situations where an ATM is exposed

“Exposed” is a loose term, so let’s clarify. Say you touch down in a big, busy city in a country where you don’t speak the language or have the slightest clue how to read the street signs, only to find out your accommodations aren’t exactly in the best neighborhood. You notice an ATM on a nearby corner, but it’s in an enclosed glass structure that would be quite easy to trap you inside of should someone be lurking in the shadows.

This is actually quite common in many countries across Asia, and the thought of entering the capsule and pulling out your sole connection to goods and services isn’t exactly a comforting thought. A money exchanger may charge more than an ATM, but the risk of getting robbed mid-transaction is quite low. Avoid isolated ATMs and instead visit those located in bank lobbies and other well-trafficked public places.

Some people are old school. There’s no way around that. Traveler’s checks cost between one and three percent of the total purchased amount, and if you’re dead-set on using them to eliminate the risk of theft sending your trip plans into a whirlwind of disarray but still need some cash, your best option is to go into a local bank or other legit currency exchange location where you can typically do so free of charge or with only a small fee.

If this your route, adding an ATM into the mix makes about as much sense as bypassing the noodle-slinging street vendor to eat at McDonald’s in Southeast Asia. The same applies when you move from one country into another but still have cash left over from the former. Paying a currency exchange commission is far better than rendering your unspent cash useless for the rest of your trip.

Technology + GearThese Travel Apps Actually Save You Money
Tagged
Financial Savvy
What did you think of this story?
Meh
Good
Awesome