Remember that phase in American food culture when everyone was obsessed with bacon? Well it seems the trend isn’t going anywhere. A new restaurant inspired by all things bacon is opening in Las Vegas — it even features a sandwich that replaces bread with bacon. 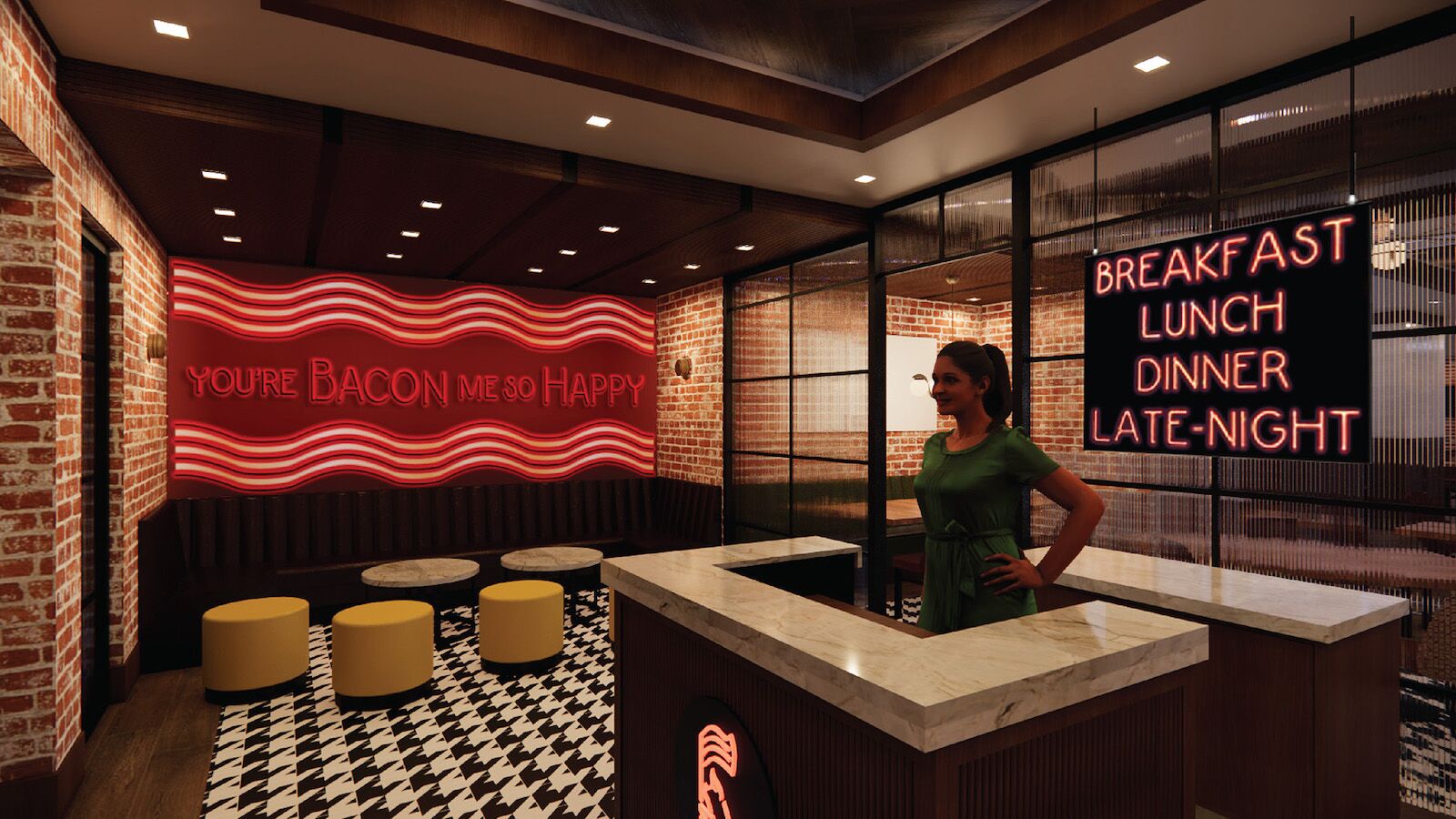 The menu is a celebration of salt-cured pork, and uses ingredient in creative ways to breathes new life into this staple of American cuisine. Dreamed up by chef Josh Green, who has worked with celebrity chef Daniel Boulud in the past, you’re sure to find new ways to appreciate bacon at this restaurant.

For instance, there’s a sandwich that uses woven strips of bacon in place of bread; a bacon flight which lets diners taste a variety of bacon flavors; and boozy milkshakes with bacon garnishes.

The bacon restaurant will seat 120 people, and feature exposed brick walls, and an open kitchen. In true Vegas fashion, Bacon Nation will be open every day, 24 hours a day, so anyone craving some late-night eats after a day of gambling, drinking, and general debauchery will be right at home here.

Most people flock to Vegas for the slot machines, and over-the-top shows and concerts, and this bacon restaurant will just add to the general excess that defines Sin City. There’s no opening date announced yet, but it’s expected to open this fall, as part of an overall renovation of the D Las Vegas.