There’s nowhere else on Earth that can satisfy our innermost desires like Las Vegas. It’s why we save all year for a few days getting dehydrated in the desert. After all, what’s the point of toiling in our daily virtues if we can’t indulge the delectable sinfulness of our vices from time to time? But we’re not interested in the ordinary here. Gambling? That’s child’s play. Round the clock booze? Yawn.

No, we’re here for the best adult shows in Las Vegas. Some of our selections have different restrictions when it comes to age limits but we’ve carefully marked those. So pay attention, cover your grandma’s eyes (or Hell, bring gram-gram along with you) because we’re going to give you all the dirty details on the best sexy shows in Las Vegas.

1. Australia’s Thunder from Down Under

Founded in 1991, Australia’s hunky imported sexy show is still setting the gold standard for male dance revues. The internationally acclaimed program remains one of the most popular adult shows in Las Vegas for many reasons including washboard abs, chiseled arms and bulging…pecs.

You’ll find it nearly impossible not to get sucked into the expertly produced, energetic shows. They are full of cheeky humor and captivating dance routines where pulsating music barely covers the lusty screams of the crowds as these golden tanned performers give the audience exactly what they came for: a visual cornucopia of gyrating, sculpted flesh. A few lucky audience members are even invited on stage to participate in the show for a once-in-a-lifetime thrill. Will you be one of the lucky ones?

Over 20 years after its debut, Fantasy still holds it down as one of the best adult shows in Las Vegas. While most sex shows in Las Vegas would call it a day and cash in their chips after this long, Fantasy made a major flex with a deluge of 2021 awards for “All-Time Best Female Revue”, “Best Production Show”, “Best Female Revue” and “Best Bachelor Party” by local media publications.

Powerhouse vocalist Lorena Peril is joined centerstage by some of the most skillful dancers that Vegas has to offer as they dazzle in 15 spectacular dance numbers. The costumes excite and tease as they bring fantasies to life: Sexy school girls, sultry burlesque, pole dancing, and feisty cowgirls will leave your jaw on the ground. And when the costumes hit the floor, well, so will you.

This Vegas adult show is a sizzling mix of daring dance routines, exhilarating acrobatics and flat-out musical talent comes directly from the mind of international movie star Channing Tatum (himself a male dancer in his early days).

Magic Mike Live invites everyone to participate as men in the audience scream just as loud as the ladies once the dancing begins. But be warned: This show is intense and not for the timid as it brings your most liberating fantasies to life with smoking hot guys, side splitting humor, and plenty of audience participation.

Taking a trip to Las Vegas? Check out Matador’s guides to the best places to stay near and around the Vegas Strip: 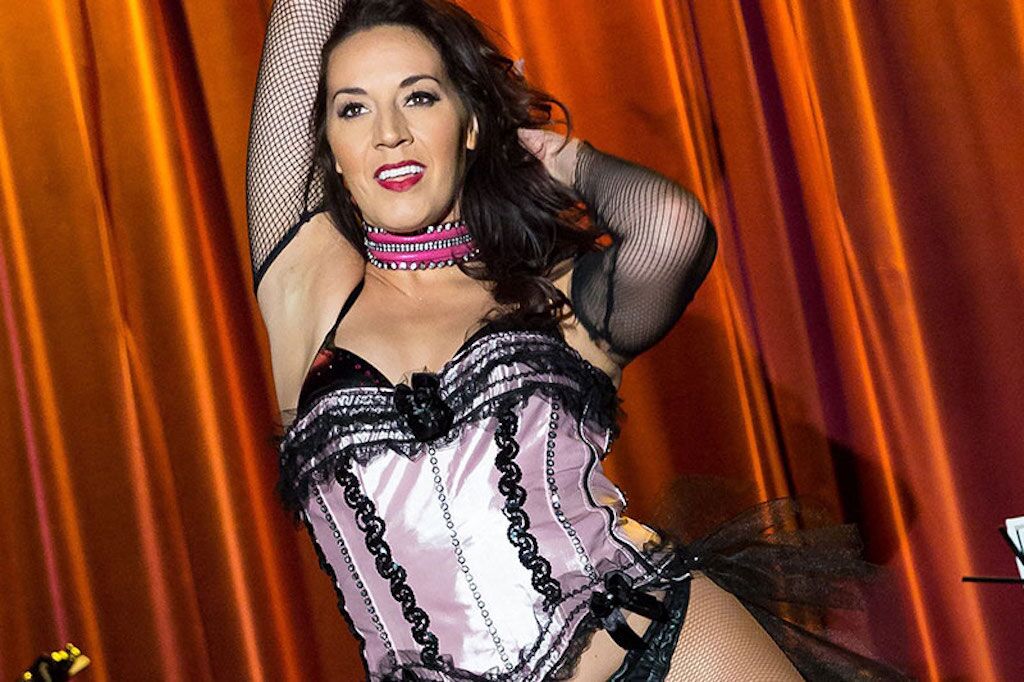 A classic throwback to the Vegas showgirls shows of the past, BurlesQ offers a fun, entertaining, and sexy modern take for audiences.

Men and women both howl with laughter as the show doesn’t dare take itself too seriously by offering up plenty of fun while scantily clad ladies dazzle in this breathtaking all-female revue.

Absinthe is often described as the very best of the adult shows in Las Vegas history, and with good reason.

It’s an intoxicating blend of circus, burlesque, and vaudeville. So if you’re one of those “seen it all before” people, or you’re traveling with one, then this is the show you’ll want to see.

The Gazillionaire reigns over the raunchy and rowdy world of Absinthe and has gathered up the most talented, madcap, and beautiful group of performers the world has to offer. They’re here to delight with a variety of offerings including breathtaking acrobatics (in lingerie!) and a host of sexy people doing very sexy things.

This isn’t the place for your overly uptight Uncle Tim. Absinthe is what Las Vegas is all about.

If your group is looking for sexy adult shows off the Strip, then you’ll find what you’re looking for at Area15.

One of Las Vegas’ newest attractions, Area15 has introduced Rated Red which is best described as a burlesque-esque dance revue that pushes the boundaries of traditional choreographed experiences.

Rated Red is raw and racy, designed to ignite passion while evoking desire, danger, and seduction. Diverse males and female dancers tease out fetishes with arousing acts that up the kinky excitement.

This is one show that has to be seen to be believed. And then seen again to make sure you weren’t dreaming to begin with. 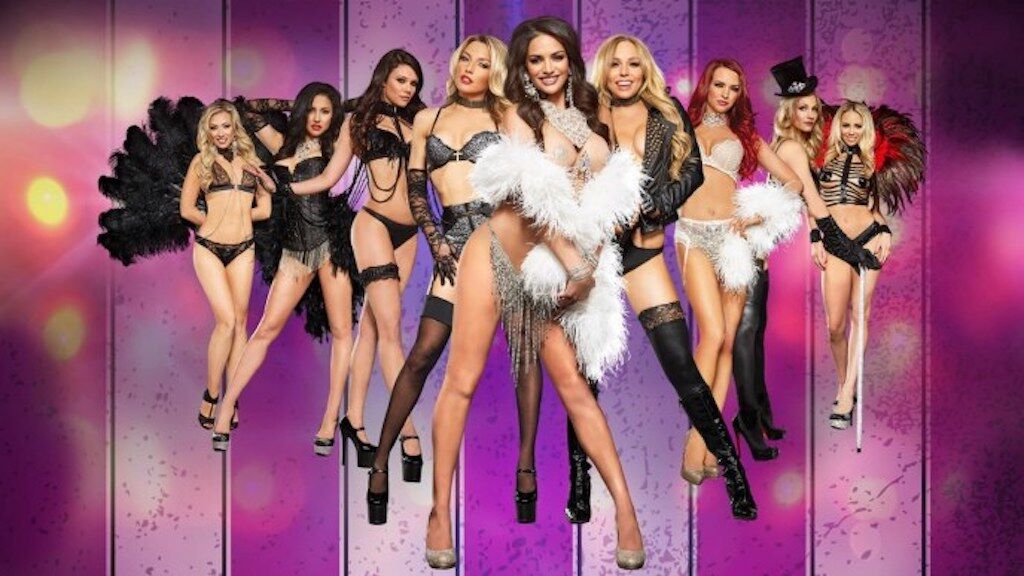 When visitors yearn for a steamy, topless adult show in Las Vegas the drop-dead gorgeous ladies of X Burlesque invite them into Bugsy’s Cabaret inside the Flamingo for a show that they’ll never forget.

The show stars the X Girls, a troupe of extremely talented topless dancers (some of them are classically trained) who entertain in an intimate setting by utilizing inventive props including bathtubs, feather boas, and guitars. Naughty choreography sends the audience into chaotic flutters as this provocative and daringly sexy show calls upon your innermost fantasies.

X Burlesque is unique in that it also invites each table to ask questions from the talented performers and breaks up its numbers with adult humor thanks to invited comedians.

This isn’t your grandma’s Chippendales.

The original world-famous Chippendales male show debuted in 1979, and while the modern men still boast the original outfit (a bow tie, wrist cuffs and dark pants) this Vegas adult show is a more modern and sexy version with new numbers, music, choreography, acrobatics and, of course, exquisite men from all corners of the world.

Bring your auntie’s blood pressure medicine and head to the Rio early because Chippendales also invites party-goers to join the cast in the Flirt Lounge next to the theater before and after the show for drinks and photo opportunities. All genders are welcomed to these sexy shows but remember no tipping is allowed.

Bottomless drinks and wild performances brought to life by the award-winning reality show RuPaul’s Drag Race Queens ignite Señor Frog’s at TI to give audiences one of the best sexy shows in Las Vegas.

The finest female impersonators get the crowd moving and singing along with high energy numbers and tongue-in-cheek fun enjoyed over delicious food. And did we mention the bottomless cocktails?

You’ll want to book your tickets far in advance for one of the best adult shows Vegas has to offer as some unlucky visitors have been left waiting in the casino while the crowds roar inside.

As the show says, “Get ready for wigs and swigs!”

Adult shows in Las Vegas seem to be rooted in Australia.

Once you get a hint of the humorous wit and bedeviling charm of these classically trained Australian dancers you’ll understand why no one is complaining. When the shirts come off and the granite bodies start to shine, you’ll forget what we were talking about completely.

Aussie Heat is a high-energy male revue that stands out from others on the Strip with its pop-centric music offerings and hip-hop dance numbers as these eight studs entertain with jaw-dropping choreography.

The group has been featured on “Australia’s Got Talent” and “So You Think You Can Dance Australia.”

11. Puppetry of the Penis 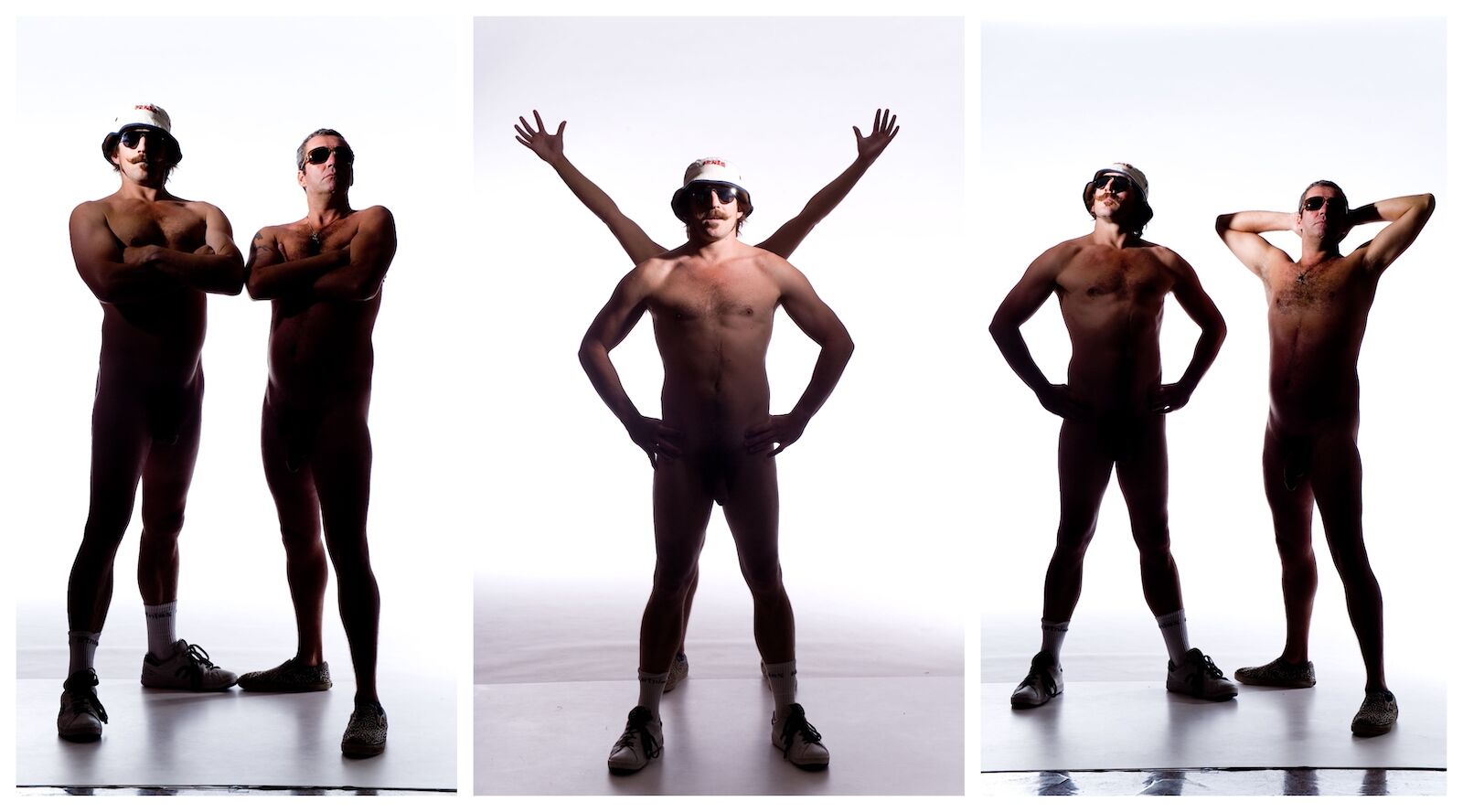 Photo: Puppetry of the Penis

Since 1998, Puppetry of the Penis has the distinction of having performed for millions of people in over 35 countries and in five different languages.

Born from the wicked genius of Australia’s own Simon Morley and his partner David “Friendy” Friend, this adult show is flat out hilarious.

Let’s be clear: This show is performed by very talented entertainers in just tennis shoes and a smile. So you’ll be staring down the barrel of the gun so to speak.

But once you’ve accepted that fact, you’ll relax enough to enjoy a night of comedy that you won’t find anywhere else as the show’s nutty performers contort their junk into such creations like “The Pelican”, “The Eiffel Tower” and “The Lochness Monster.”

Yeah, you’ll have questions, but you’re also going to have one hell of a good time.