Seattle’s been called a “city of neighborhoods,” — and for good reason. Each area of the Emerald City has its own distinct personality. Seattle is one of the fastest-growing cities in the US, and to truly get to know it on an intimate level, you’ve got to explore inside and out and all around the edges.
Most people have a favorite neighborhood, and feel at home-away-from-home somewhere; it’s just a matter of finding your place. The following guide to the city and the selection of the best Airbnbs available should help you do that.

Downtown and the Waterfront

If you’re looking for your own slice of New York City on the West Coast, downtown Seattle is a great place to start. Everything you could ever want from a big city is packed into Seattle’s geographically manageable downtown. Catch a concert at Benaroya Hall; enjoy a book in the Louvre Pyramid-esque reading room of the Central Library; take in plays and musicals at the many theaters; shop everything from upscale designer stores such as Luly Yang to quirky Seattle staples like Ye Olde Curiosity Shop; buy fresh ingredients for dinner at Pike Place Market; and eat out at unique restaurants like Miller’s Guild and the Steelhead Diner.

All this, and you’ll find many areas perfect for appreciating the impressive natural setting of Seattle. On downtown’s western edge, right on Elliott Bay, is the Waterfront — urban, meet nature. Head here for an excellent view of the bay and islands, or listen to local buskers in the green oasis of Victor Steinbrueck Park. 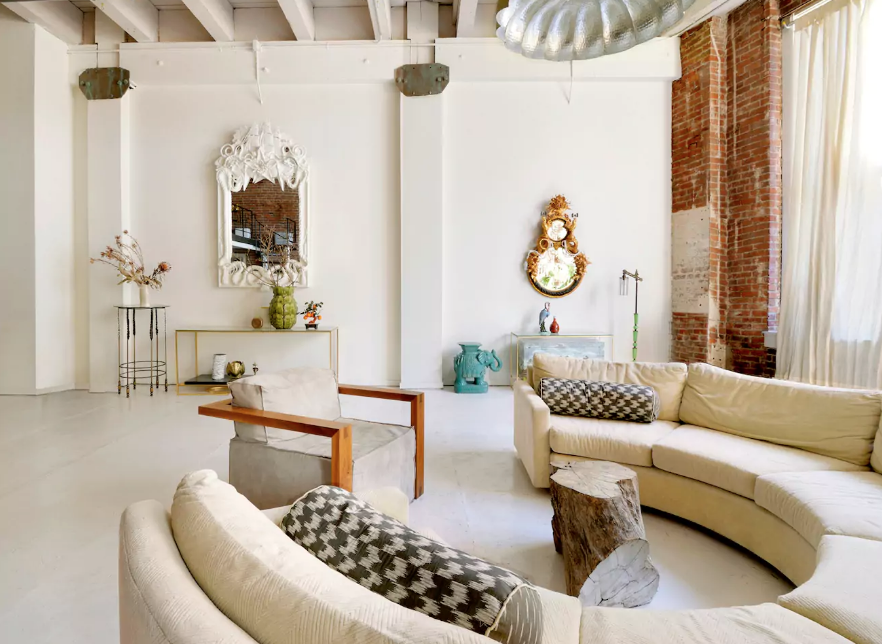 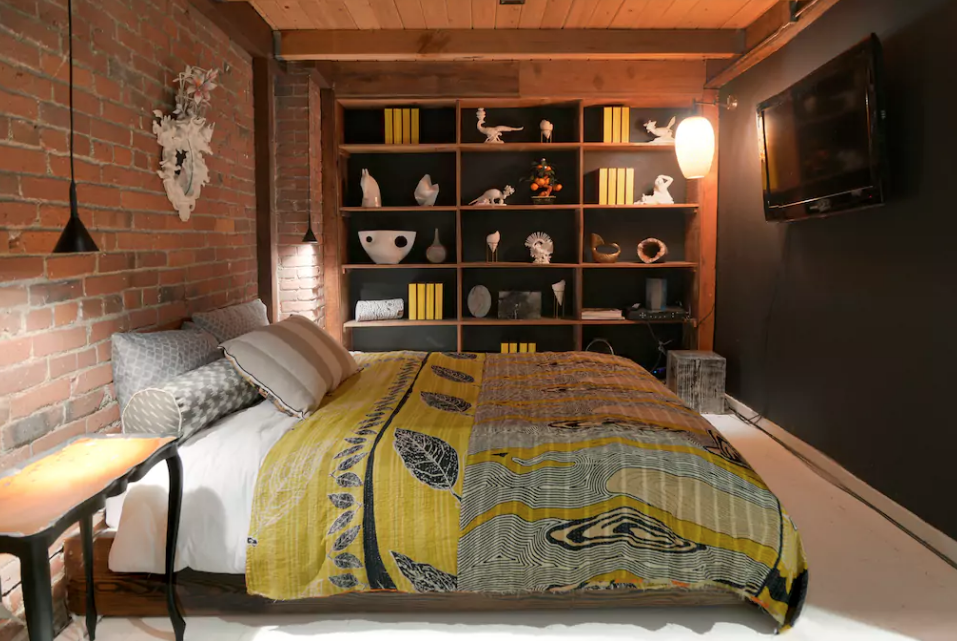 Capitol Hill, located east of and just up the hill from downtown, acts as a sort of culture and entertainment center for the residential neighborhoods surrounding it. If you like nightlife, theaters, music, and living loud, Capitol Hill is your stop.

There’s always something good on at the Broadway Performance Hall, and the SIFF (Seattle International Film Festival)-owned Egyptian Theater is a beautiful example of architecture that deserves a visit on its own merits. You can get your classy dance on at the Century Ballroom, or your sassy dance on at gay clubs like Neighbours. For live indie, hip-hop, and just about every other genre, there’s Neumos. And, of course, you can find excellent food in any price range — check out Mamnoon for modern Middle Eastern or Terra Plata for rooftop dining — as well as great beer scenes Pine Box and Stumbling Monk. 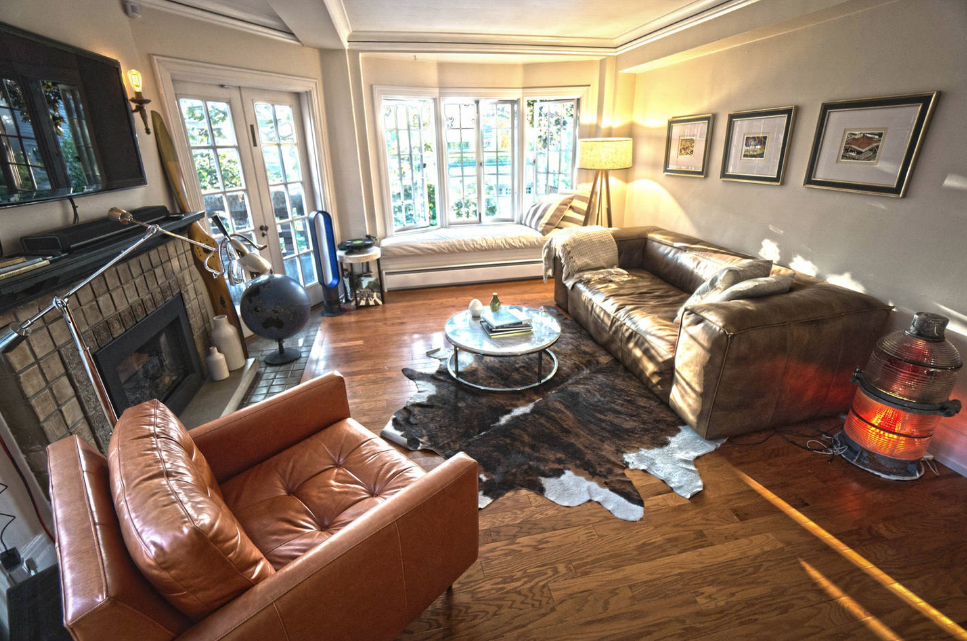 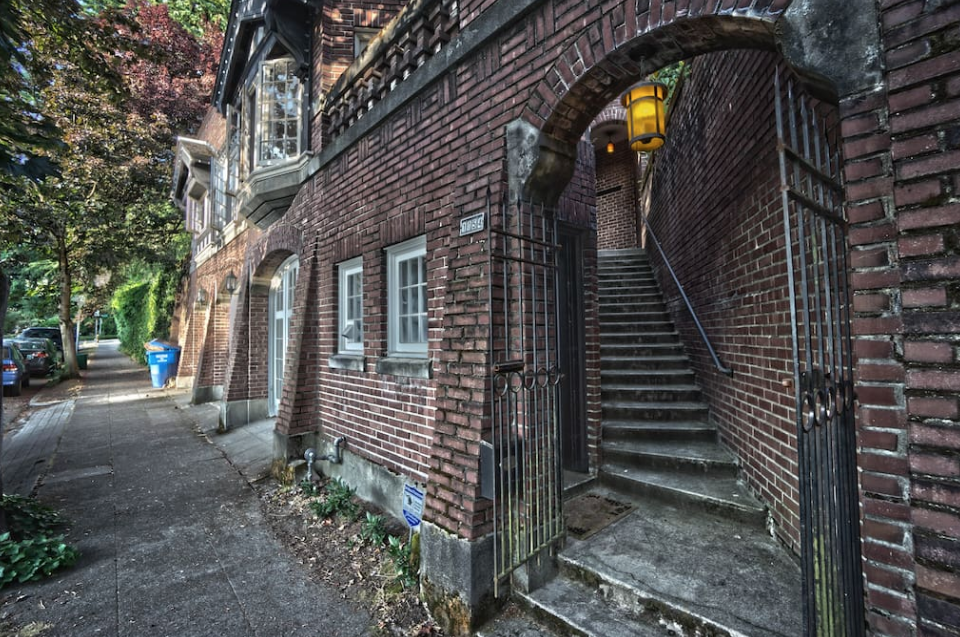 These are two small neighborhoods right next to each other, just south of downtown, with super easy Light Rail access. Pioneer Square has become the beating heart of Seattle’s art scene (and was the original downtown before being devastated by fire in 1889). Visit for the First Thursday Art Walk; there are loads of galleries to check out, including the super-niche (e.g., the Mariane Ibrahim Gallery, featuring global art with a focus on contemporary Africa). You’ll find great drinks and food at Damn the Weather and the secret bar in the back of E. Smith Mercantile, or enjoy the local coffee at places like Zeitgeist, which roasts the legit kind of coffee you expect from Seattle.

The Chinatown-International District is Seattle’s “Chinatown,” though it’s more like Japantown, Chinatown, and Little Saigon all in one. Check out Uwajimaya, the massive Asian grocery store, for unusual items, great produce, and loads of amazing prepared food. Afterwards, enjoy shopping at quirky shops like Momo, or Kobo at Higo, two Japanese-influenced gift/boutique shops next door to each other. Added bonus: If you have tickets for a Seahawks, Sounders, or Mariners game, the stadiums are right here — grab some actually-authentic pregame pho or pork dumplings to power up for all that foam-finger waving you’ll be doing. 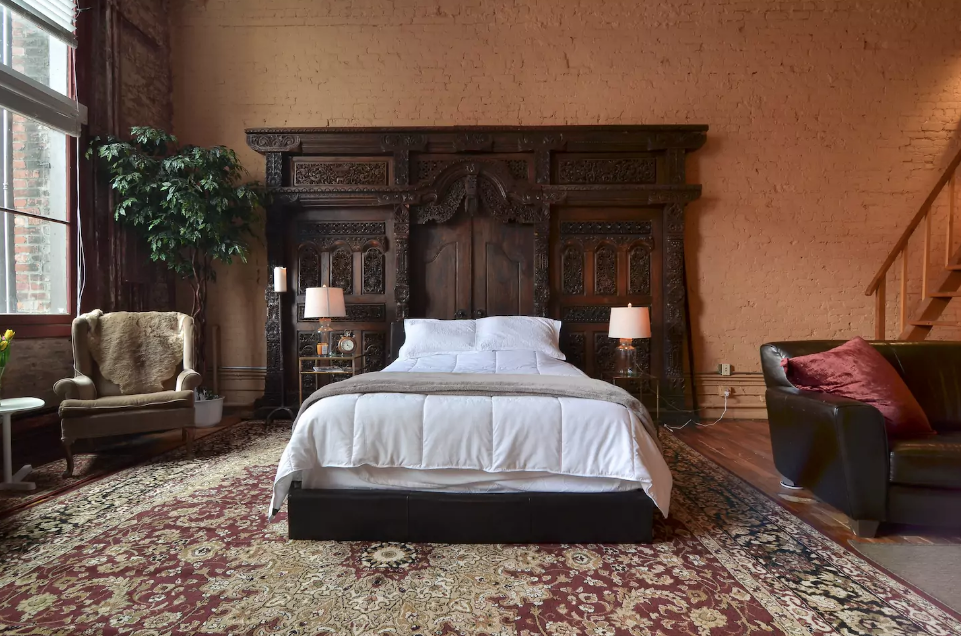 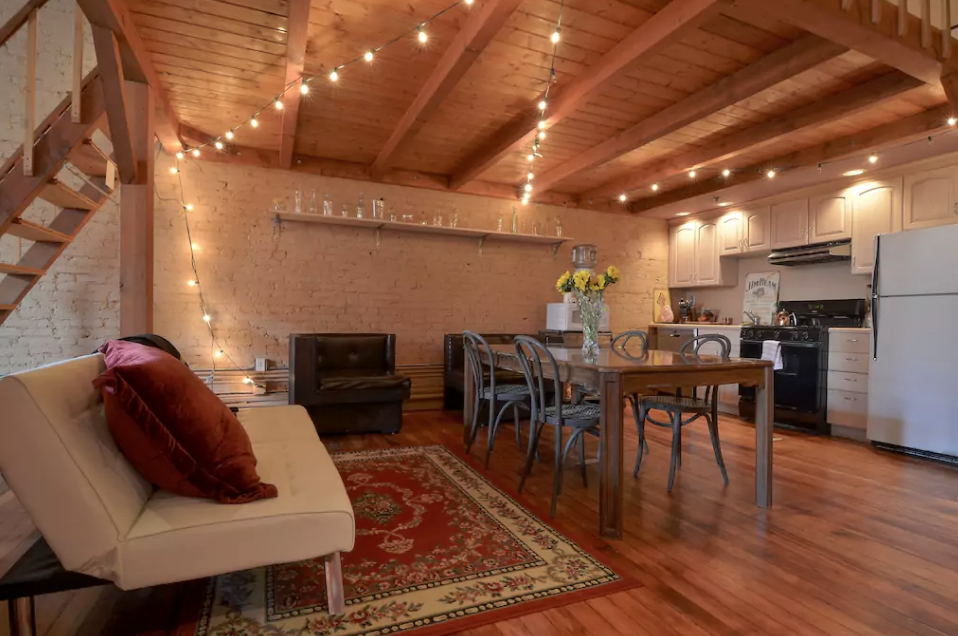 Found southeast of downtown and south of Capitol Hill, Columbia City has historically been a neighborhood of immigrant communities and, although it’s fast becoming hipsterfied, remains one of the most diverse zip codes in the US. Make sure to hit up Ezell’s Famous Chicken (which is apparently a favorite of Oprah’s) and any other great places to eat, most with an international focus. Central Cinema serves serve food and drink in front of the big screen, and show old movies for cheap. 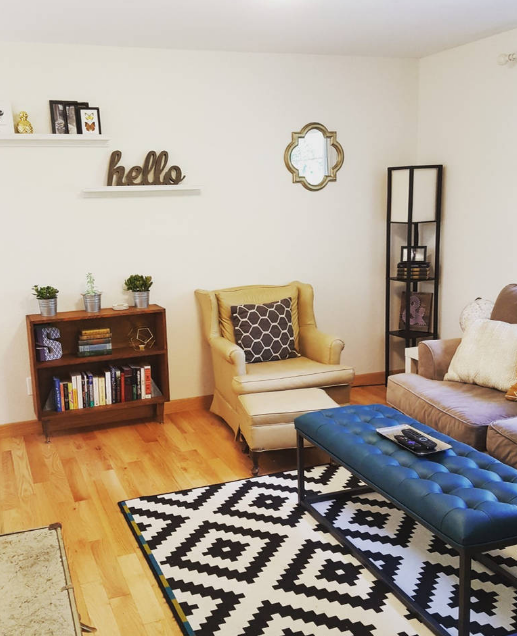 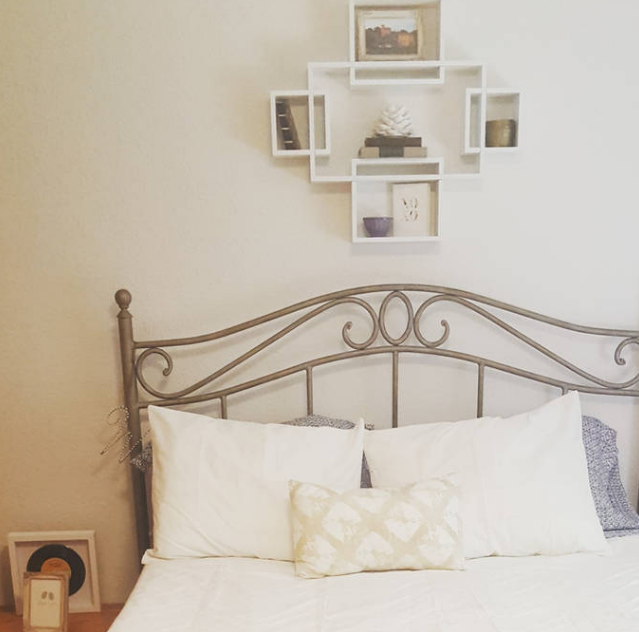 Queen Anne is on its own little peninsula, jutting northwest from downtown and South Lake Union. It’s mostly upscale and pretty posh, but is a sweet place to hang out. If you’re the book-with-your-coffee and cocktails-with-a-few-friends type, this is your neighborhood. It’s family- friendly too, with loads of parks and places to go for a walk.
Queen Anne is famous for its hidden staircases (a neighborhood made for exploration on foot) and has Kerry Park, home to the “classic” view of Seattle. From here you’re a quick walk to the Seattle International Film Festival theater (the SIFF Uptown), the Space Needle, EMP, and all that Seattle Center has to offer. You also need to check out Dick’s, Seattle’s local answer to McDonald’s. Or, for a dining experience that can’t be matched, try Toulouse Petit, but plan on an Uber ride home because…that cocktail menu. Oh man, that cocktail menu. 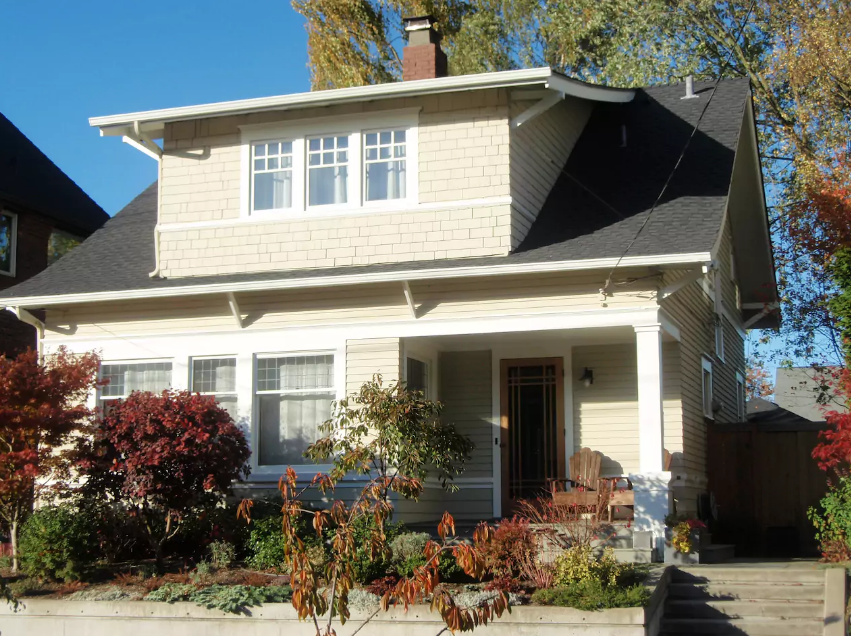 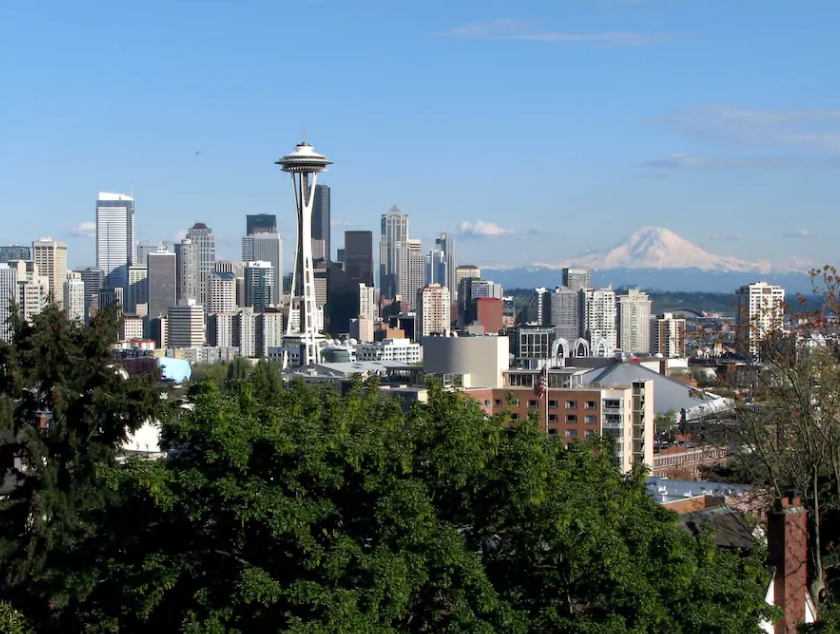 On the north shore opposite Queen Anne, you’ll find Ballard. It was once a separate city of Scandinavian immigrants, centered around fishing. These days, it’s a good example of a historic area that honors its heritage while moving forward into a new era. Ballard is an incredible mix of old, European-style brick buildings and new-construction condos. It’s upscale and very trendy, with a hopping nightlife for the 18-to-35 crowd. You’ll find a maze of great places to eat, quirky shops, the year-round Ballard Sunday Market, and historic buildings to explore.
Try Hot Cakes Molten Chocolate Cakery for lunch (a grilled chocolate sandwich is lunch, right?) and Bastille Cafe (you’ll feel like you’re in Paris) or Señor Moose Cafe (their horchata will change your life) for dinner. 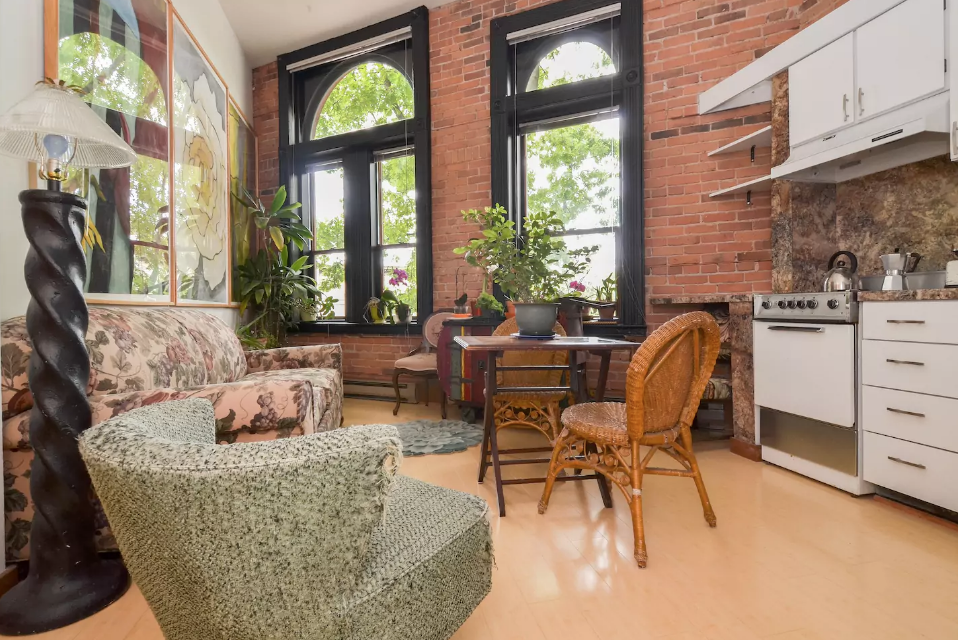 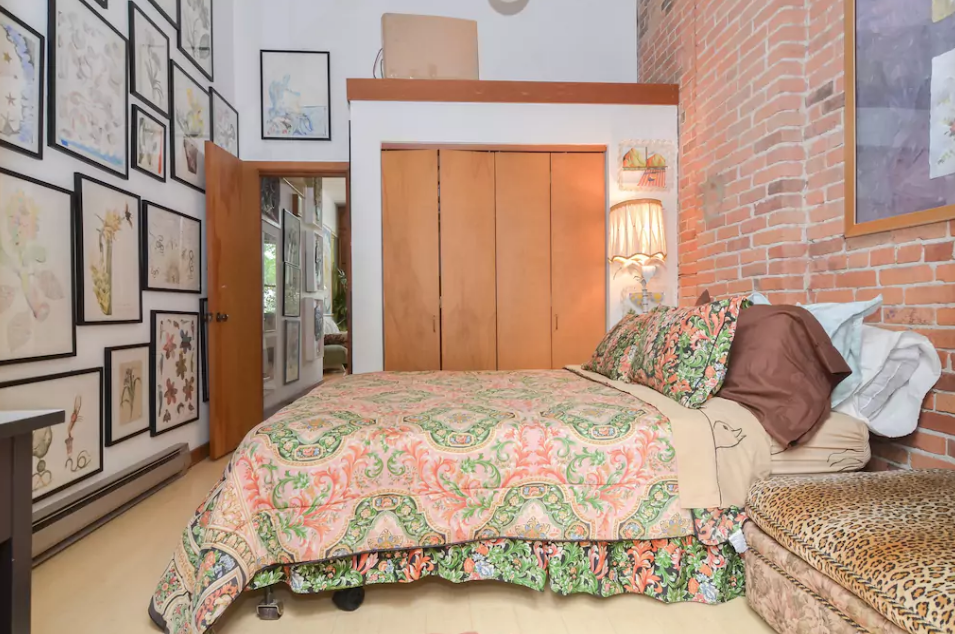 Wallingford and Fremont are north of downtown, making up most of the north shore of the always bustling Lake Union. These neighborhoods are residential, quiet, and peaceful, full of beautiful ultra-modern condos and craftsman houses (along with one super cool, under-the-bridge-dwelling troll).

Fremont is more about things to do, chief among them the famous Fremont Sunday Market, where you can buy much more than food. Wallingford, meanwhile, is all about things to eat. Drive down N 45th St, the neighborhood’s main drag, and you’ll be find a nonstop line of excellent restaurants. You’ll also find the Woodland Park Zoo, kiddo friendly, and beautiful enough to make for a nice date location. 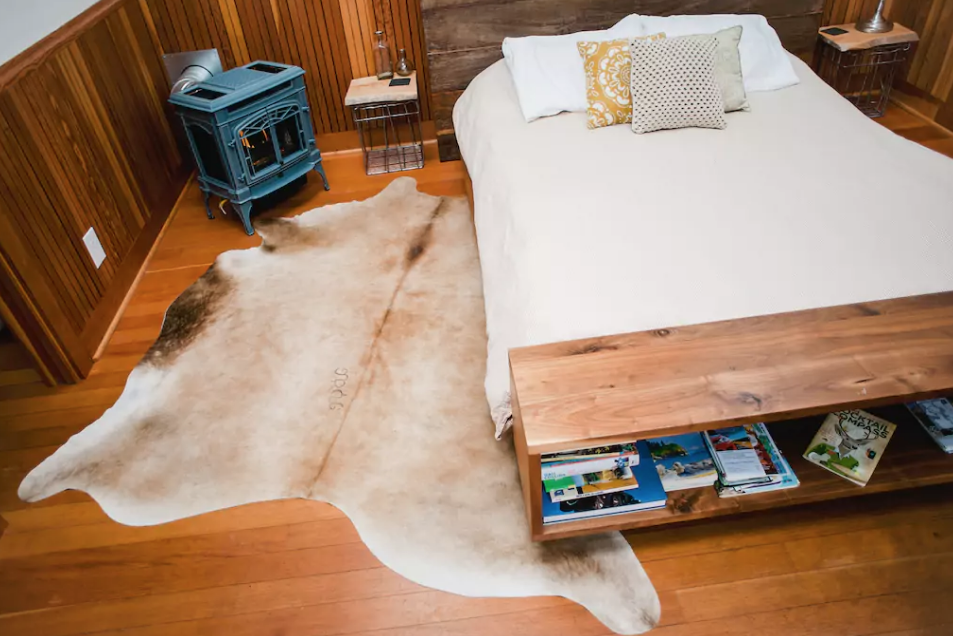 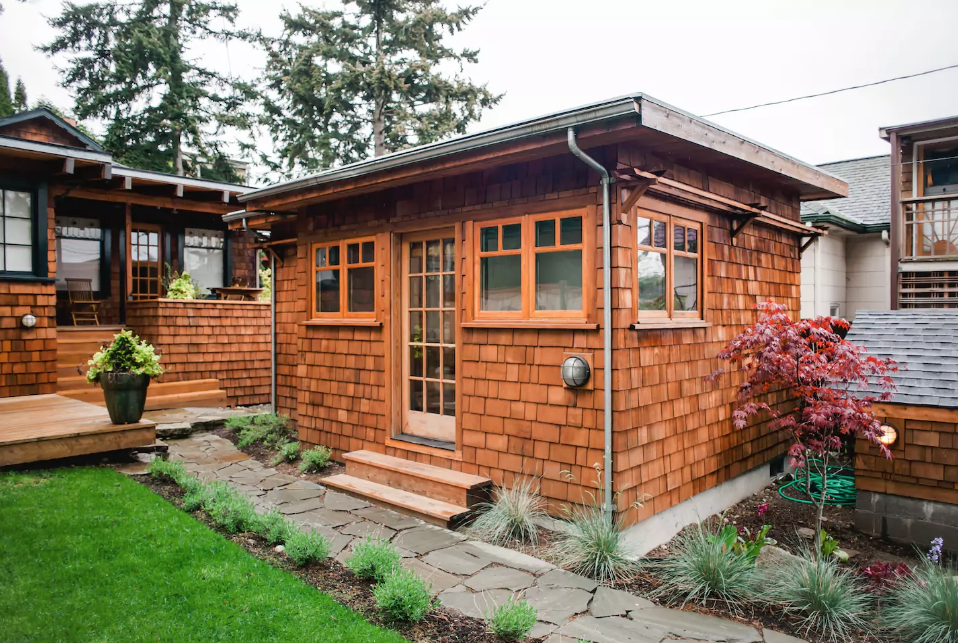 The University District (or U District, more commonly) is the neighborhood for anyone with curiosity and enthusiasm. Located north of Capitol Hill, across the I-5 bridge, the U District is home to the University of Washington campus — but don’t assume it only caters to students. It’s safe, friendly, and beautiful to boot; the campus has historic buildings and cherry trees, Greek Row’s mansions are nothing short of gorgeous, and there’s always some kind of action to be found on “The Ave” (University Way). You’ll find lots of hole-in-the-wall places to eat and quirky shops to browse. If you’re a vintage clothing addict, the U District is definitely a great area to head to. 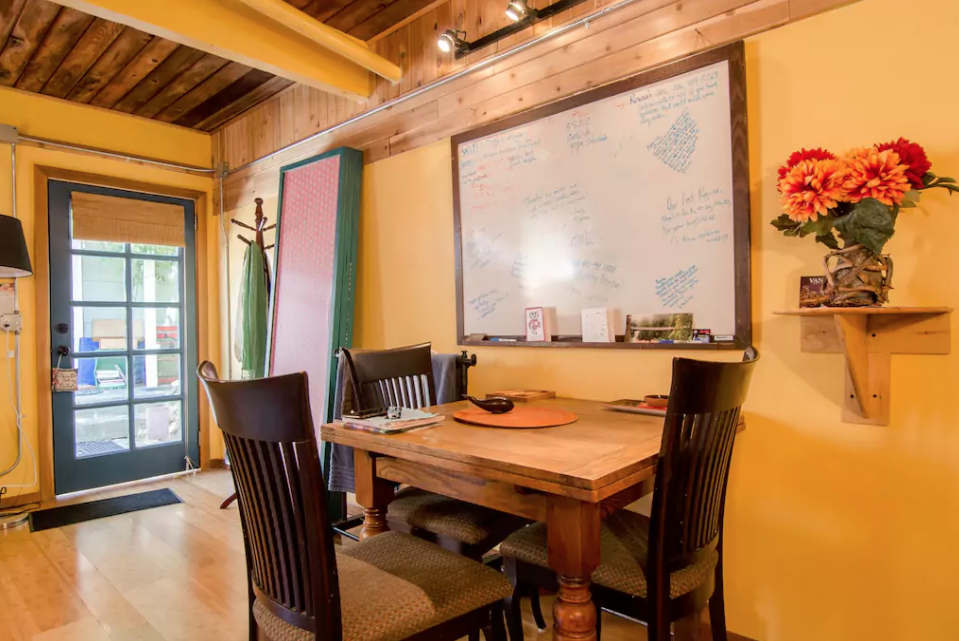 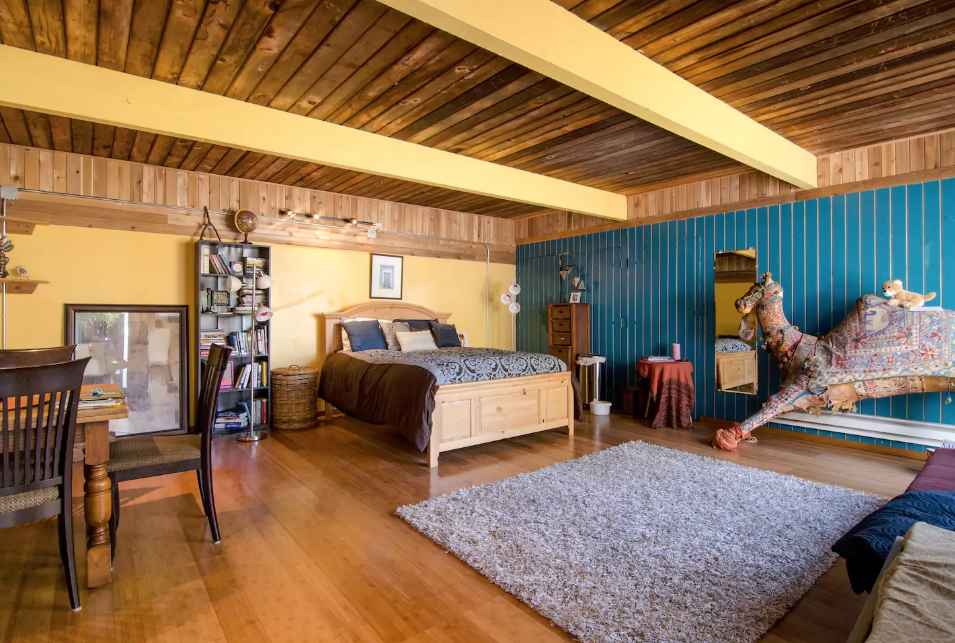 Greenwood and Green Lake are residential areas just north of Wallingford and Fremont. Greenwood is where you’ll find plenty of restaurants and shops. It’s the kind of neighborhood that’s great for walking around on the weekends or weeknights with friends.

Green Lake shares its name with the fantastic Green Lake Park, which encircles a large lake with boardwalks, benches, and coffee shops. And, you can line dance at Little Red Hen or enjoy a few rounds of golf at Pitch and Putt. 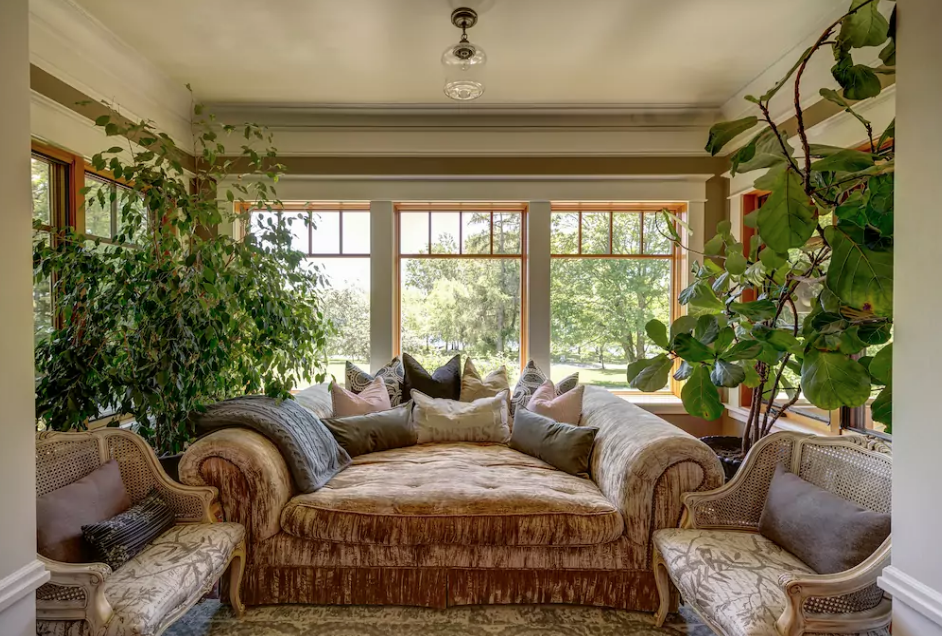 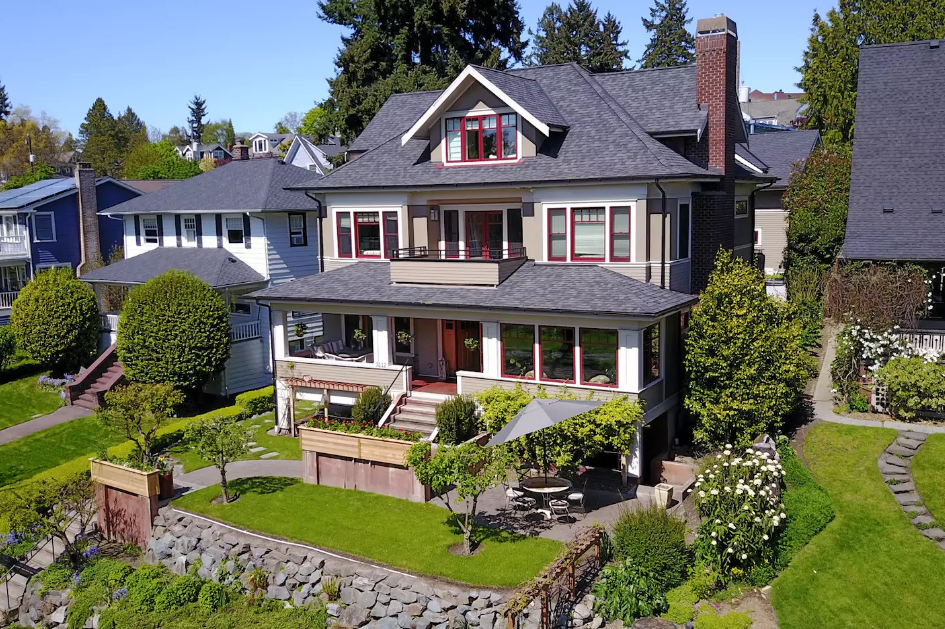 West Seattle can be hard to comprehend, simply because it’s Seattle’s largest neighborhood, sprawling between the Duwamish River to the east and Puget Sound to the west. It makes sense, then, that there’s also a whole lot do here. Hit up foods spots like local favorites Mashiko for seafood, or Bakery Nouveau for sweet stuff. Shop for hip footwear at The Sneakery, and music at Easy Street Records.

But West Seattle is also special for the access it gives you to some of Seattle’s top natural landscapes. The 2.5-mile Alki Beach is right here, and from pretty much any western-facing vantage point in this part of town, you’ll get gorgeous sunsets over the Olympic Mountain. 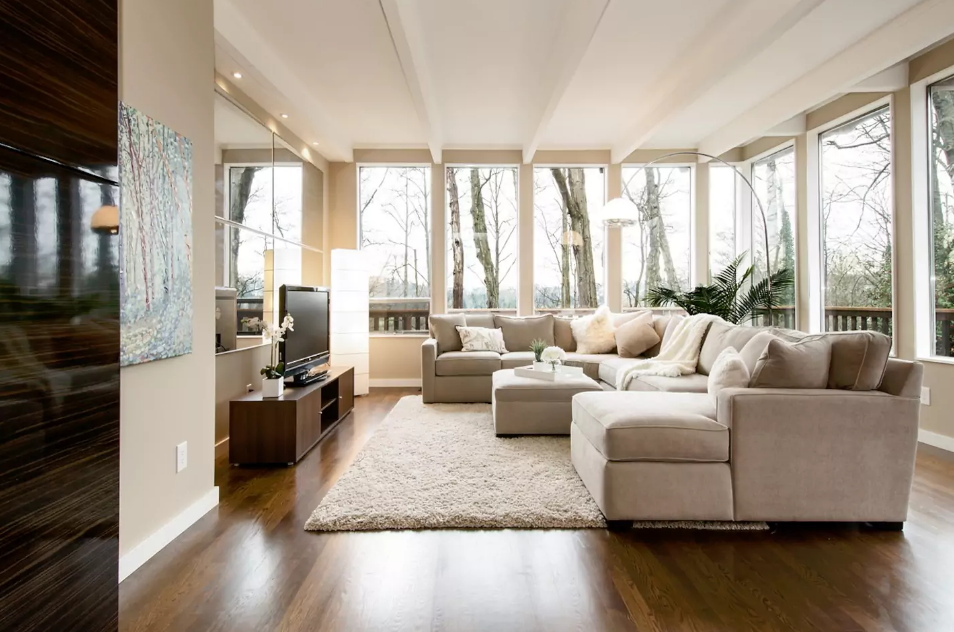 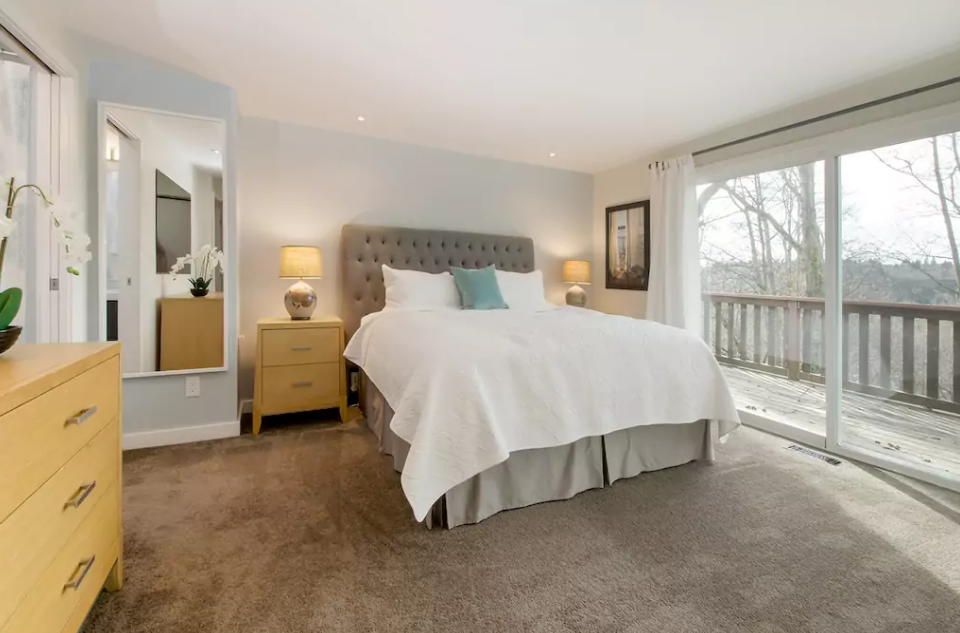 Tagged
Where to Stay Trip Planning Seattle, WA, United States
What did you think of this story?
Meh
Good
Awesome

You can rent a hot tub boat in Seattle, and it looks glorious

The 7 best cafes in Seattle to get work done

Think Seattle is grey in the winter? Think again.

How to save money on your trip to Seattle