Many of Seattle’s top attractions can be seen along a two-mile stretch, through five of its neighborhoods. Second Avenue takes you from the Space Needle in Lower Queen Anne; through Belltown and downtown with their restaurants, bars, music venues, and Pike Place Market; and into the historic core of Seattle in Pioneer Square and the Chinatown-International District. Here’s everything you need to know about Seattle’s most popular neighborhoods. 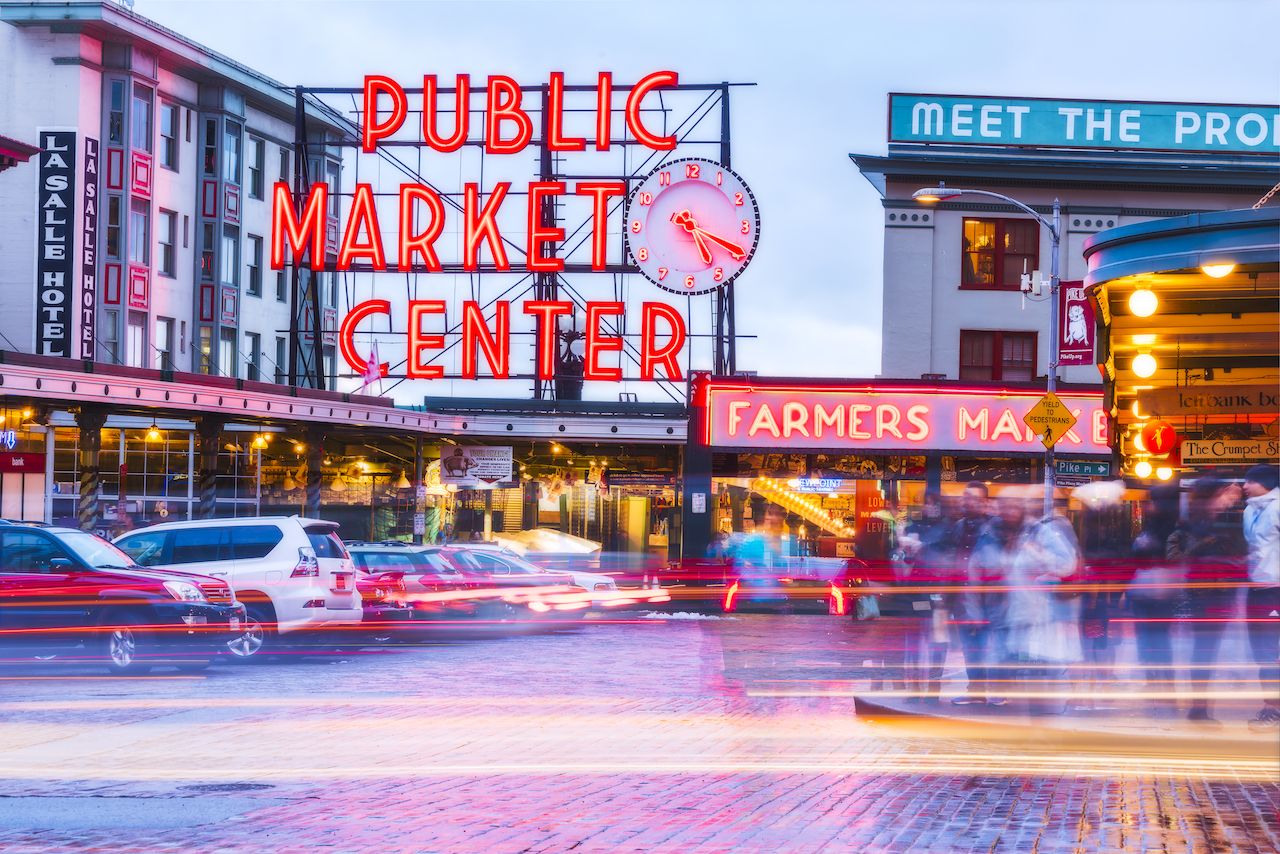 Downtown Seattle — In the heart of downtown Seattle you’ll find several of the city’s main attractions. Pike Place Market, Seattle’s oldest public market, sells fresh produce, seafood, flowers, and crafts. From the market, you have a bird’s-eye view of the waterfront and its restaurants, tourist shops, and the Seattle Great Wheel. Back up on First Avenue, the Seattle Art Museum (SAM) showcases over 25,000 pieces of art with rotating exhibits throughout the year. Music venues in the neighborhood include Showbox, a local favorite; The Triple Door, with live bands and dining; and Benaroya Hall, with special events from Eddie Vedder to the Seattle Symphony. For shopping, head up Pine Street to the Retail Core District and find brands like Louis Vuitton, Barneys New York, and Tiffany & Co. Further up Pine Street, the ornate Paramount Theatre hosts off-Broadway stage shows and top artists in concert. 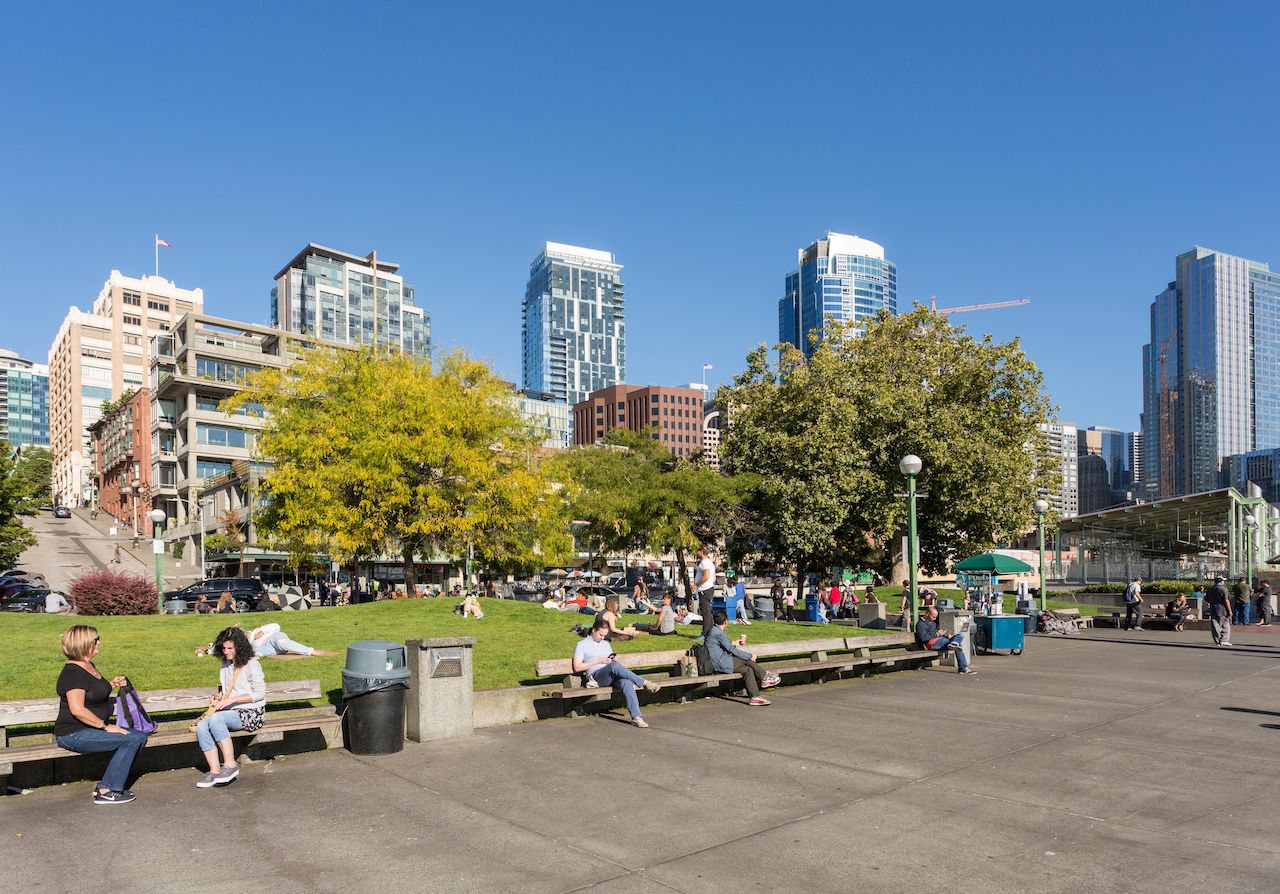 Belltown — Over the years, Belltown has morphed from an industrial warehouse district to a mixture of glass box residential apartments and classic Seattle terracotta and stone architecture with views of Puget Sound. A very walkable neighborhood, Belltown keep locals and visitors entertained with bars, restaurants, and live music venues. Most of the happening spots are located on First or Second avenues between Lenora and Wall streets. Local staples like Shorty’s (bar), Mama’s Cantina (restaurant), and Crocodile (live music) are at the heart of Belltown. If you’re looking for a convenient place to stay in the neighborhood, there’s City Hostel on Second Avenue and Ace Hotel on First Avenue. 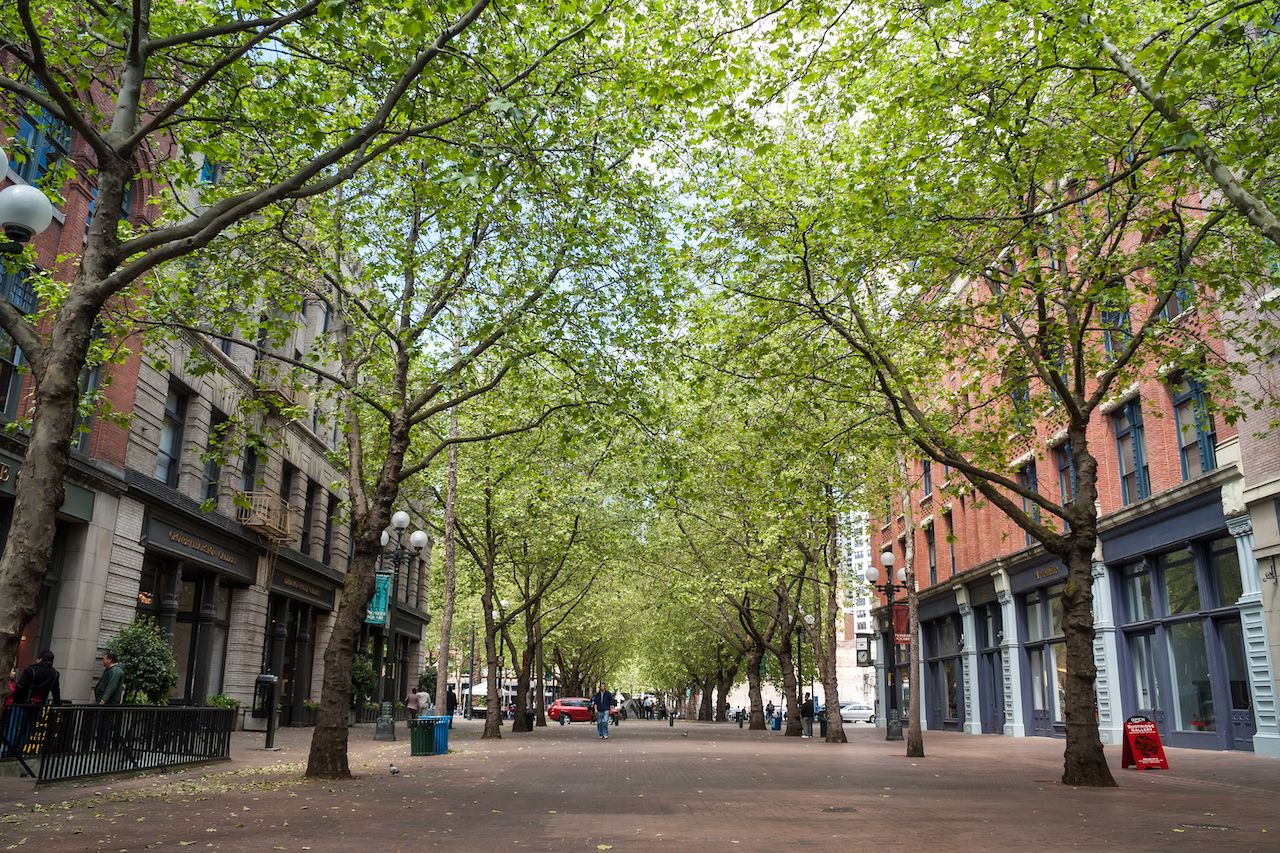 Pioneer Square — Pioneer Square is one of Seattle’s historic neighborhoods, with stone buildings dating from the 1880s. Starting at First Avenue and Yesler Way, Pioneer Square is visually more of a triangle plaza. In the Pioneer Building, Bill Speidel’s Underground Tour will teach you the ins and outs of underground Seattle. Smith Tower, completed in 1914 at Second Avenue and Yesler Way, was the tallest building on the West Coast until the Space Needle was built in 1962. When you’re ready for a break, pop into one of the many restaurants and historic saloons in the area. Try Mediterranean Mix for the best falafels in Seattle; Salumi Artisan Cured Meats for sandwiches; and the Central, Merchants Cafe and Saloon, and J&M Cafe for sandwiches, burgers, salads, and drinks. If you’re in town over the first Thursday of a month, enjoy an evening visiting the many art galleries during the First Thursday Art Walk. 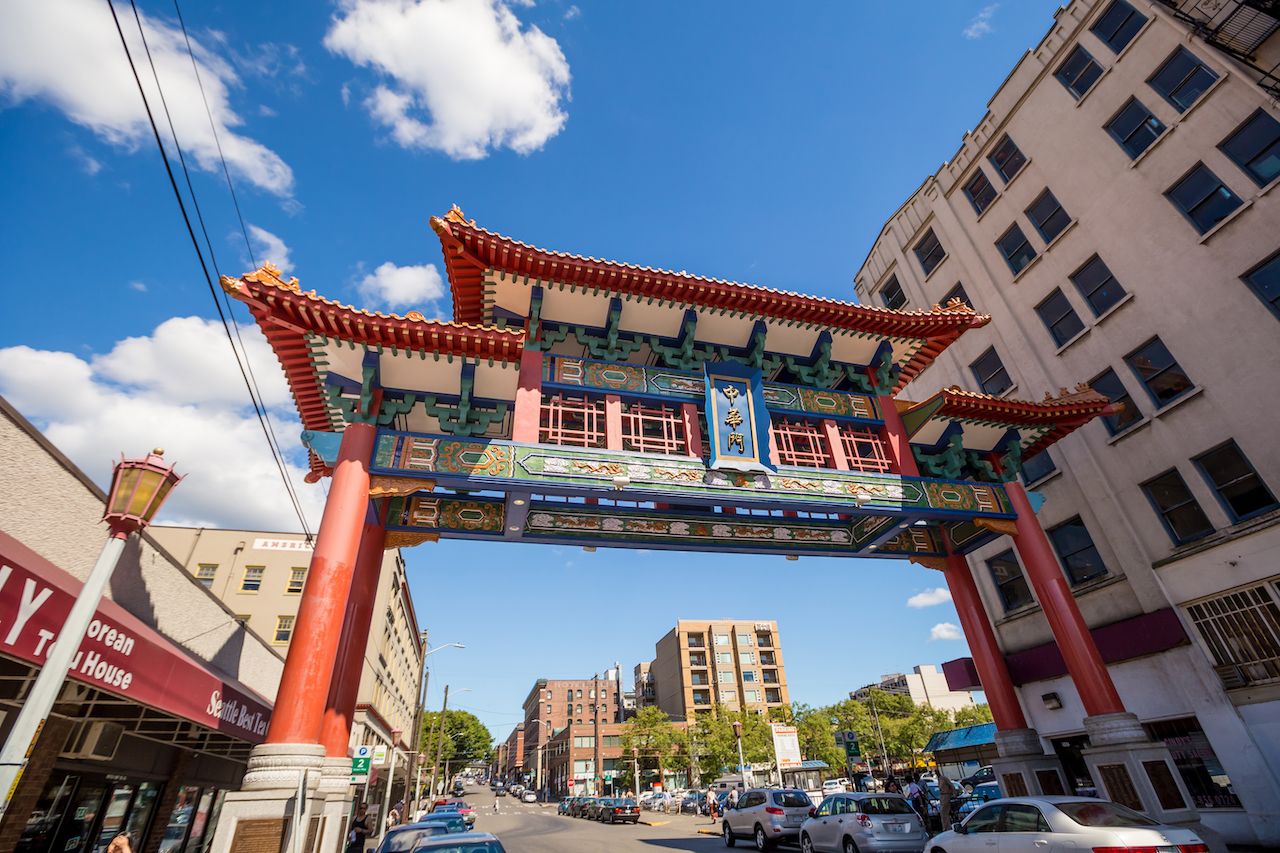 Chinatown-International District — East of Pioneer Square, the historic home of Asian-Americans in Seattle is known as Chinatown-International District, or just the ID. The neighborhood is filled with Chinese restaurants, noodle houses, and bubble tea shops. A 45-foot-tall traditional Chinese archway hangs over South King Street near the underground Link light rail station. Hostelling International Seattle at the American Hotel is just a few doors east of the archway for those who want a cheap place to stay in the heart of the city. To get a feeling of how early Asian-Americans in Seattle lived, visit the Wing Luke Museum and take the Historic Hotel Tour. The museum also has special exhibitions about martial artist and actor Bruce Lee, who once lived and worked in the area. 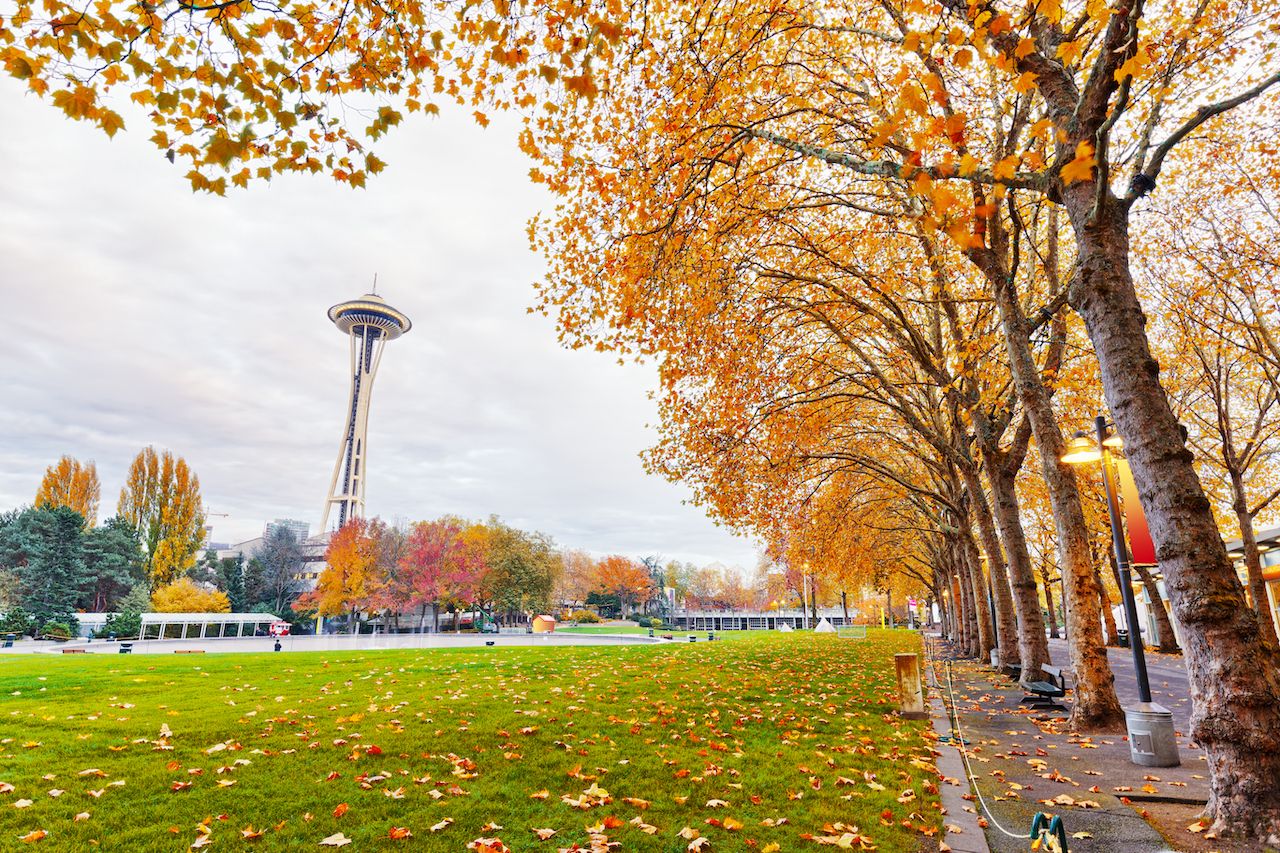 Lower Queen Anne — On the edge of Belltown and South Lake Union, Lower Queen Anne is home to the Seattle Center, a 74-acre open space with some of Seattle’s biggest attractions — the Space Needle, Chihuly Garden and Glass, the Museum of Pop Culture (MoPOP), and the International Fountain. Catch a performance from the Seattle Opera or Pacific Northwest Ballet at McCaw Hall on Mercer Street. Make sure to stop at famous Dick’s Drive-In for a deluxe burger, fries, and a shake. For an iconic view of Seattle, go midway up Queen Anne Hill and visit Kerry Park where you’ll see the Space Needle, downtown Seattle, Puget Sound and, on a clear day, 14,441-foot Mount Rainier 60 miles away. 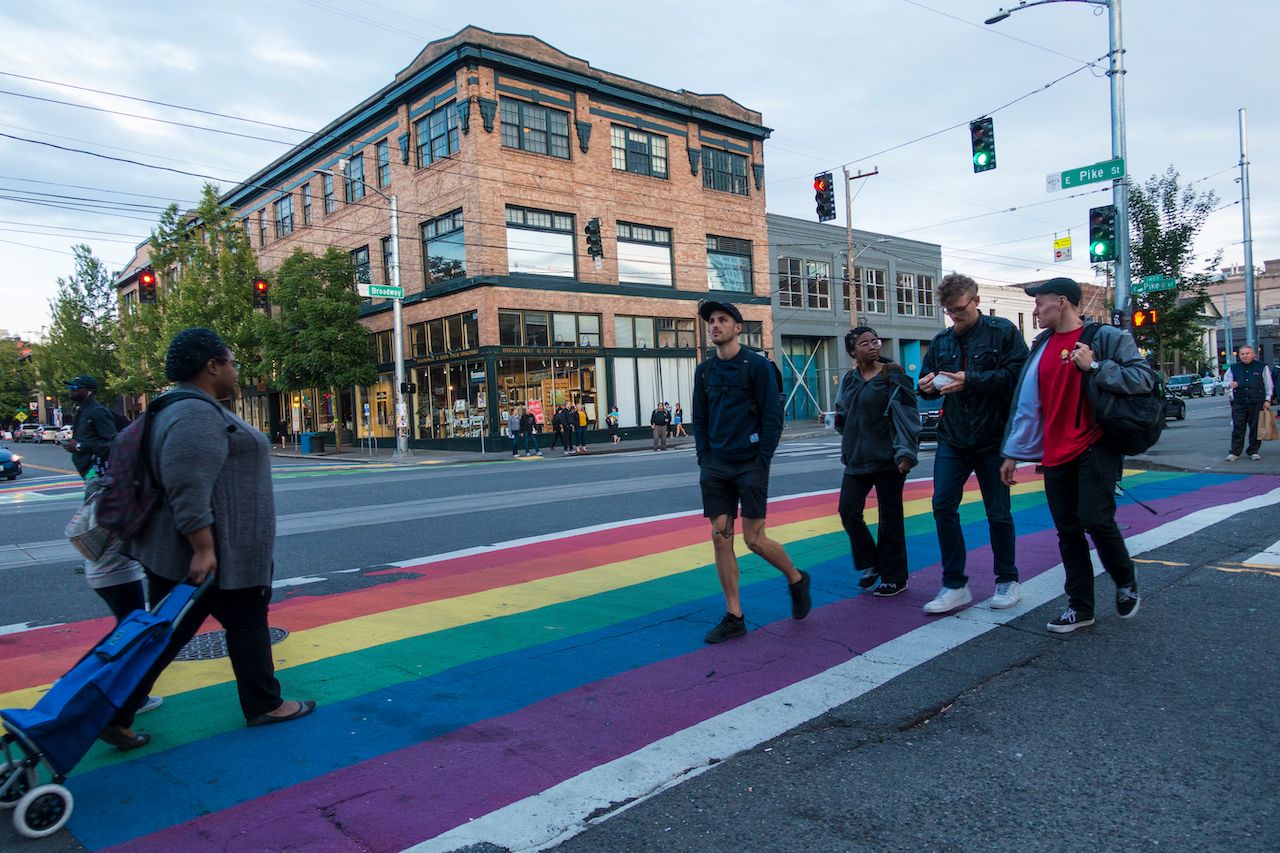 Capitol Hill — Once an alternative neighborhood in Seattle, Capitol Hill has become gentrified with the demolition of old buildings and the pricing out of locals. That said, it’s still an area for the independent-minded and is home to Seattle’s LGBTQ community. For nightlife, stick to the lower end of Capitol Hill along Pike Street — Neumos has live music and the Comet Tavern is a longstanding bar in the area. Other highlights include the Elliott Bay Book Company, an independent bookstore with over 150,000 titles serving Seattle since 1973, the sprawling Volunteer Park with 48-acres of green grass, the glasshouse Volunteer Park Conservatory, and the Seattle Asian Art Museum housed in a 1933 Art Deco building.