Since its early days of grunge, Seattle has grown to attract a following that expects to be impressed by the edgy creative power of the city — and they’re never disappointed. Dozens of museums and galleries dot the city. Countless displays of unique, modern architecture pushing the boundaries of gravity and form are found in its streets. There are iconic theaters dating as far back as the early 1900s and beloved local clubs that have been cranking out music for 80 years. Check out the Seattle CityPASS to save money on top attractions such as the Space Needle, Seattle Aquarium, Museum of Pop Culture, and Chihuly Garden and Glass. You can visit five top attractions over nine days for one price ($99). 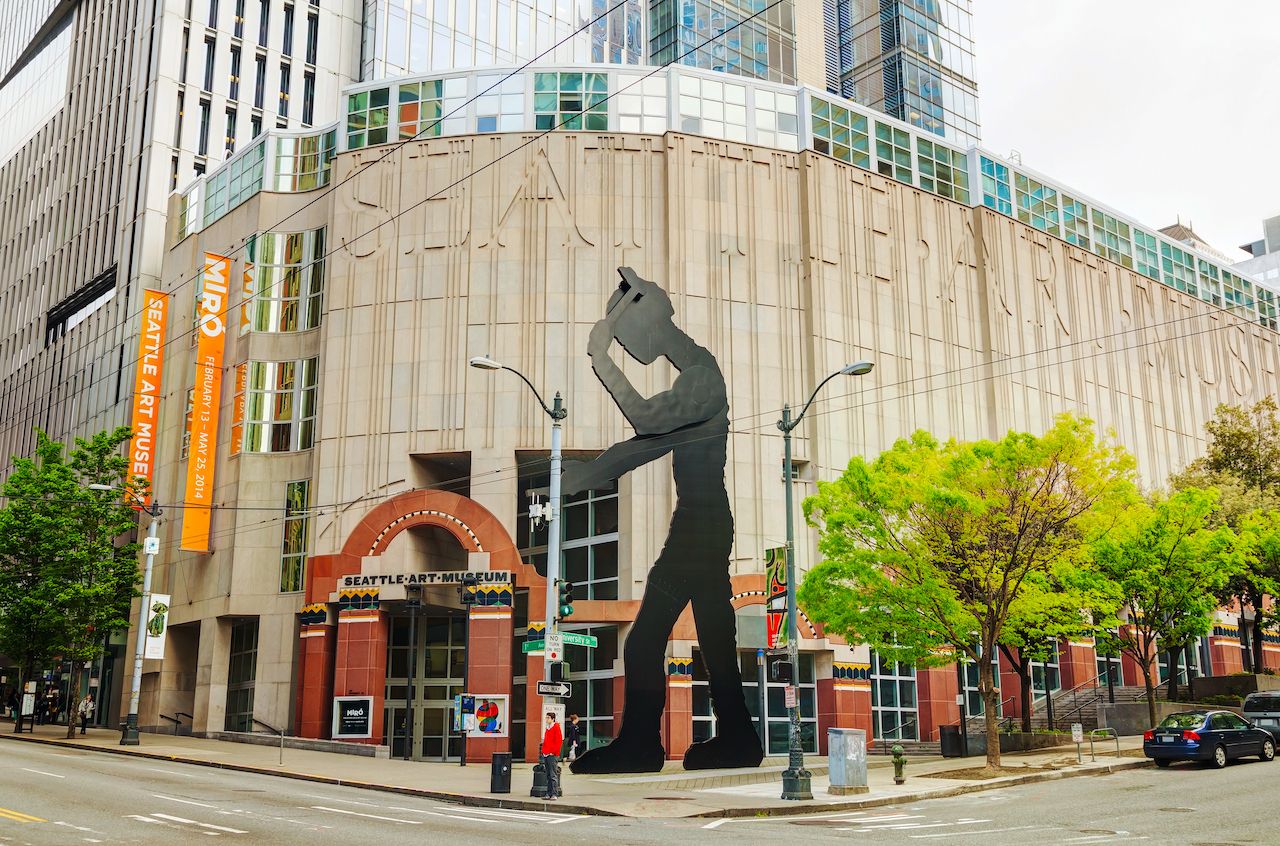 Seattle Art Museum (SAM) — Centrally located in downtown Seattle, the Seattle Art Museum is just a block away from Pike Place Market. Its collection of 25,000 pieces includes African, Asian, American, ancient American, ancient Mediterranean, European, Islamic, Native American, and contemporary art. Rotating exhibitions lasting roughly three months are featured throughout the year. The SAM is closed on Mondays and Tuesdays. There’s a set admission fee, but visitors can pay what they can afford to view the SAM’s collections, excluding special exhibits. The first Thursday of the month is free museum day in Seattle with half off special exhibits. 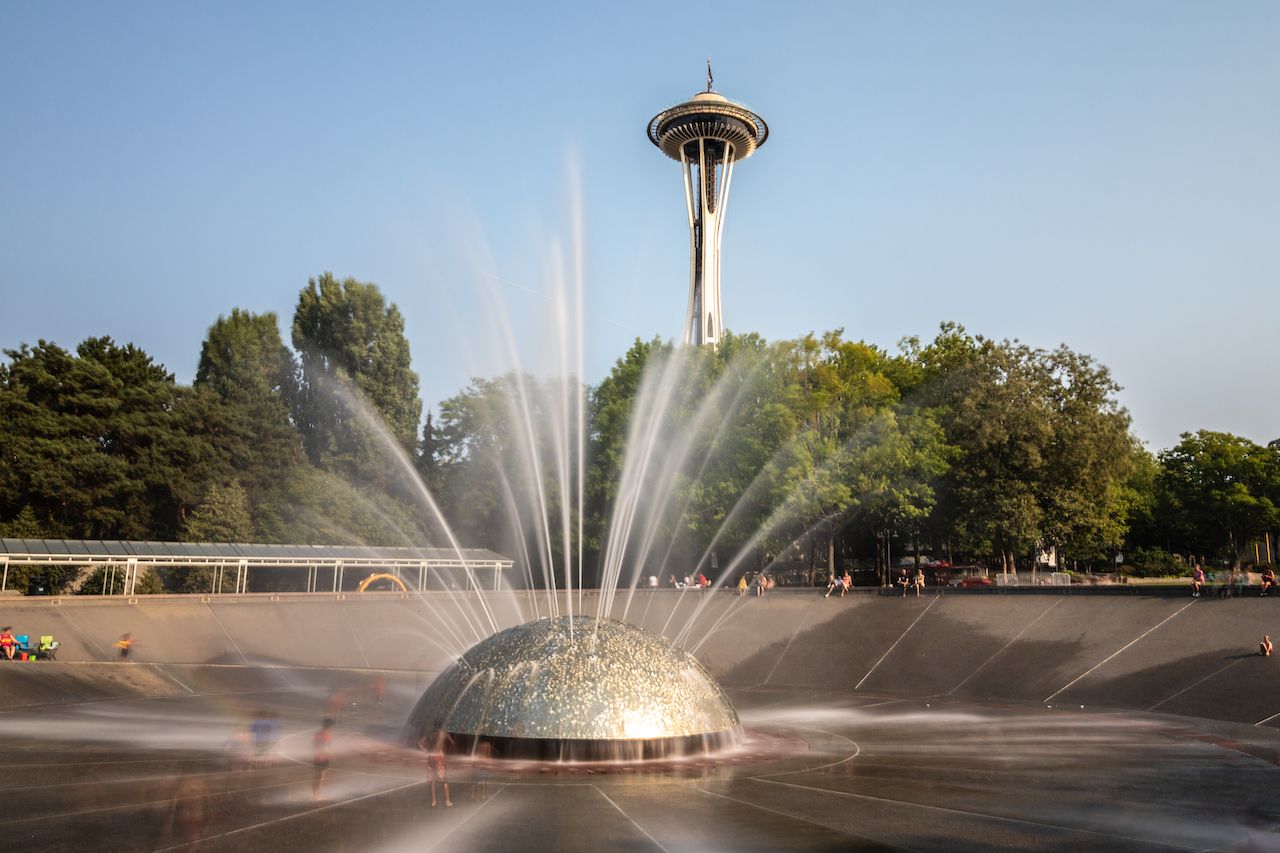 Seattle Center International Fountain — The International Fountain is a gathering place at the heart of the Seattle Center. Set in a sloping bowl, the domed fountain has 137 jets shooting water into the air. The jets are choreographed to music playing through the speakers in the bowl’s walls. High above, the Space Needle watches over it all. It’s a relaxing atmosphere on a sunny day, full of families, couples, individuals, and kids playing in the shooting water jets. Those who dare, run and touch the side of the metal fountain, as is the tradition at the Seattle Center. 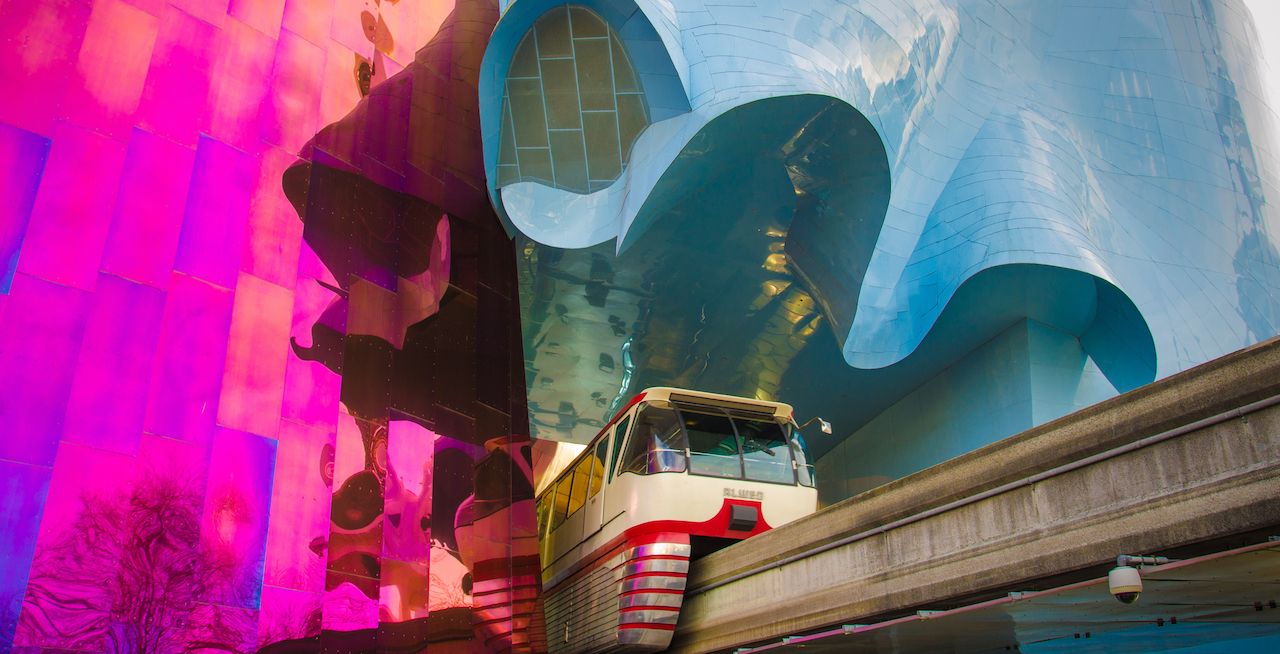 MoPOP — The Museum of Pop Culture, or MoPOP for short, offers exhibits on Seattle musicians like Nirvana, Pearl Jam, and Jimi Hendrix; curates films shown in its Sky Church on a 33-foot-by-60 foot high definition LED screen; and teaches you about the history of indie gaming with stories from over 40 designers and developers. Located on Fifth Avenue near the base of the Space Needle, the colorful and twisted metal building designed by Frank Gehry with the monorail running through it is a piece of art in itself, so take the time to check it out. Admission is included in the Seattle CityPASS. 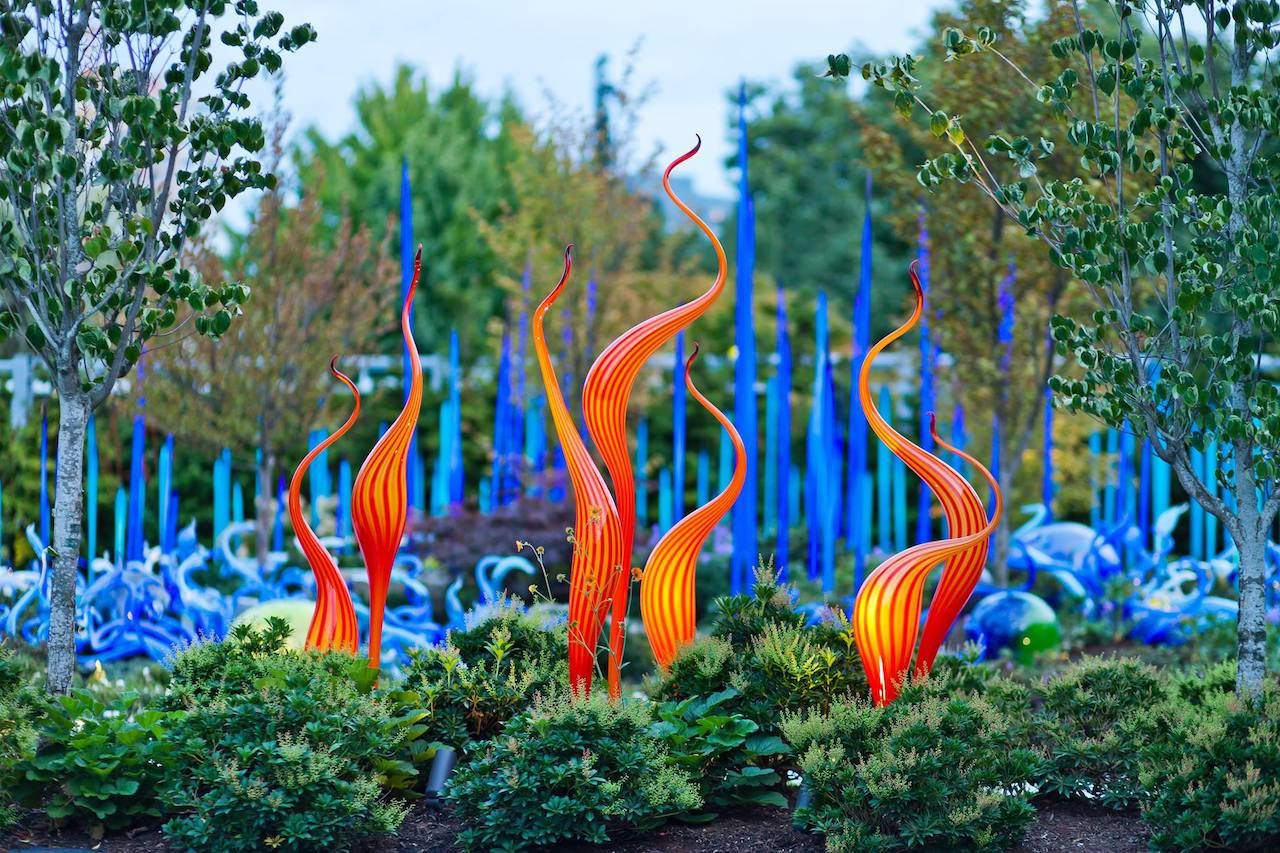 Chihuly Garden and Glass — Located at the base of the Space Needle, Chihuly Garden and Glass exhibits blown glass sculptures from Tacoma-native, Dale Chihuly. This striking display takes you through eight galleries culminating with sculptures in the garden and a specially built glass house inspired by London’s Crystal Palace. Try for a day with clear skies or a visit at night for the best views of the Space Needle through the Glasshouse. Yoga Under Glass is a special event yoga class offered in the Glasshouse a few times a month. Admission is included in the Seattle CityPASS. 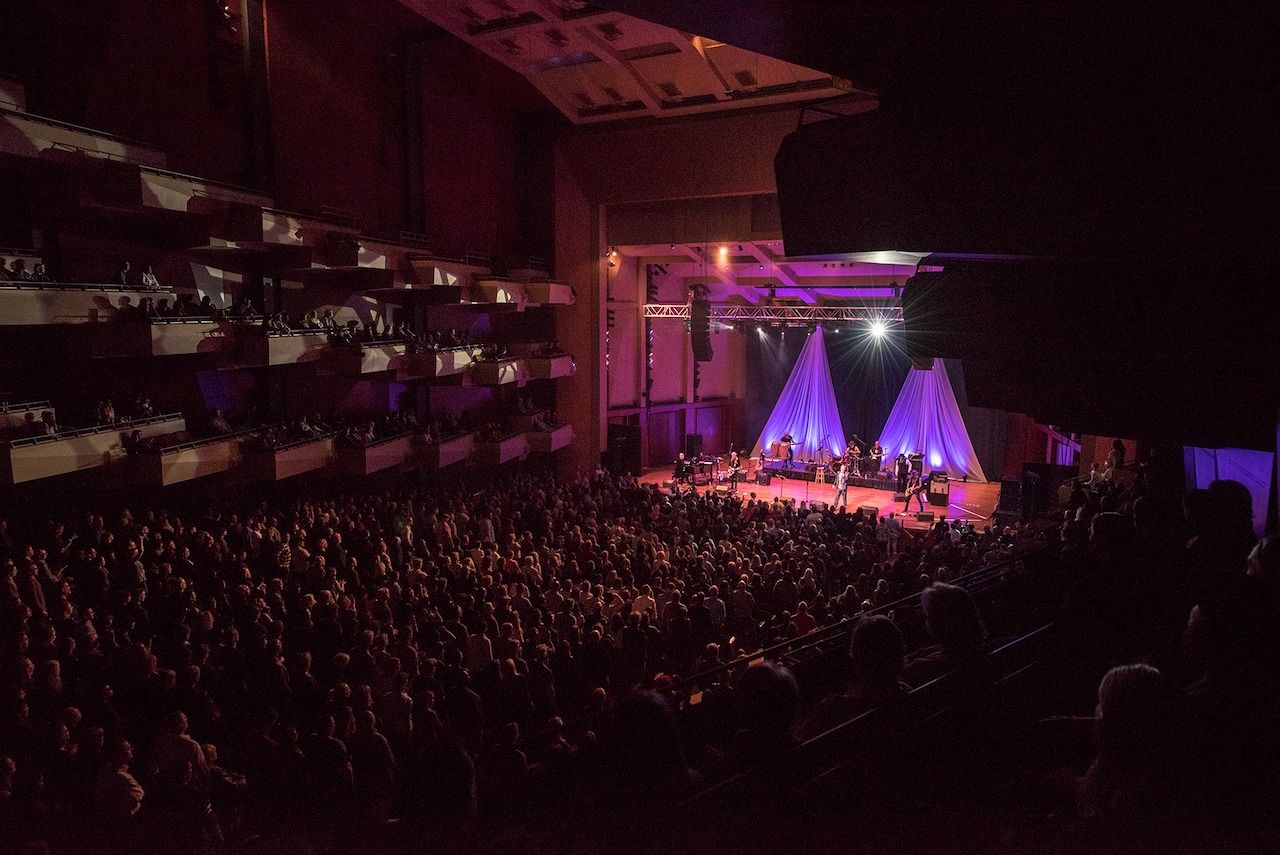 Benaroya Hall — The Benaroya Hall complex fills an entire city block in the heart of downtown at Third Avenue and University Street. With two performance halls, a vibrant lobby with a massive Chihuly glass sculpture hanging near the entrance, and a rounded multi-story glass waiting area, Benaroya Hall features an eclectic lineup of classical, jazz, blues, pop, and rock performances. The S. Mark Taper Foundation Auditorium is known for its world-class acoustics, which allows the music to flow through the wood-lined auditorium and up into the balcony. Aesthetically, the cream-colored side box seating contrasts with the dark wood of the walls. Free tours of the venue are offered once a month. 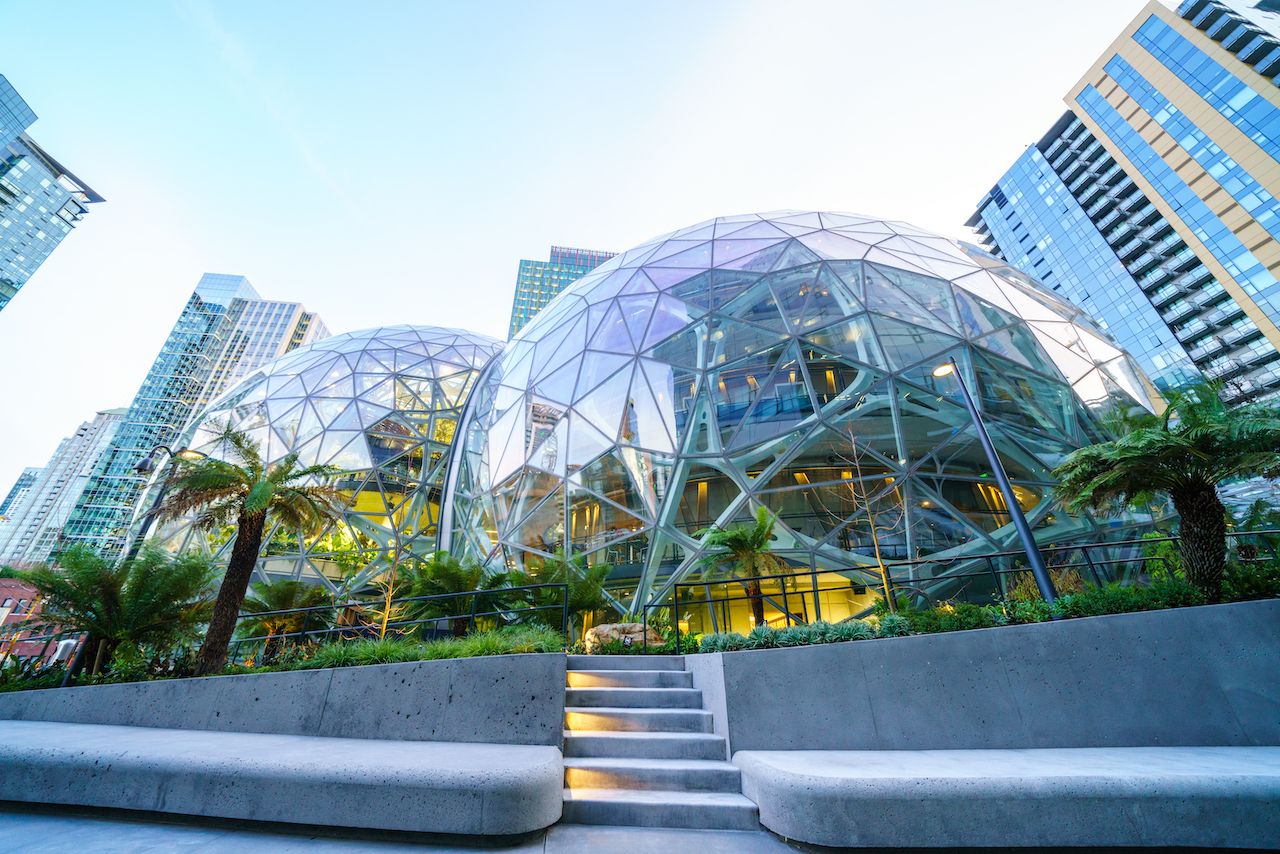 Seattle Spheres — Designed as part of Amazon’s campus to give its employees a natural place to think, the Spheres are a conservatory housing 40,000 plants from over 30 countries. The three steel and glass buildings are maintained at 72 degrees during the day and offer plenty of light for the plants. To help with biodiversity, plants are rotated out seasonally to a greenhouse north of Seattle in Woodinville. The public is welcome to visit the Spheres on the first and third Saturday of the month from 10:00 AM to 6:00 PM. Reservations are required and can be booked up to 30 days in advance.