Seattle has a diverse array of nightlife options. It’s well known as the birthplace of grunge, and you can go to the bars and live music venues where Pearl Jam, Soundgarden, and Alice in Chains played. Seattle is also a beer city. There are more than 170 breweries in the Seattle-Tacoma metro area, and plenty of craft-beer bars and gastropubs as well. Dancers can find their own scene at the nightclubs while those looking for a chill night with friends will be at home at the many dive bars with pool, pinball, and skee-ball. And the city is increasingly earning its spot on the craft-cocktail map of America. 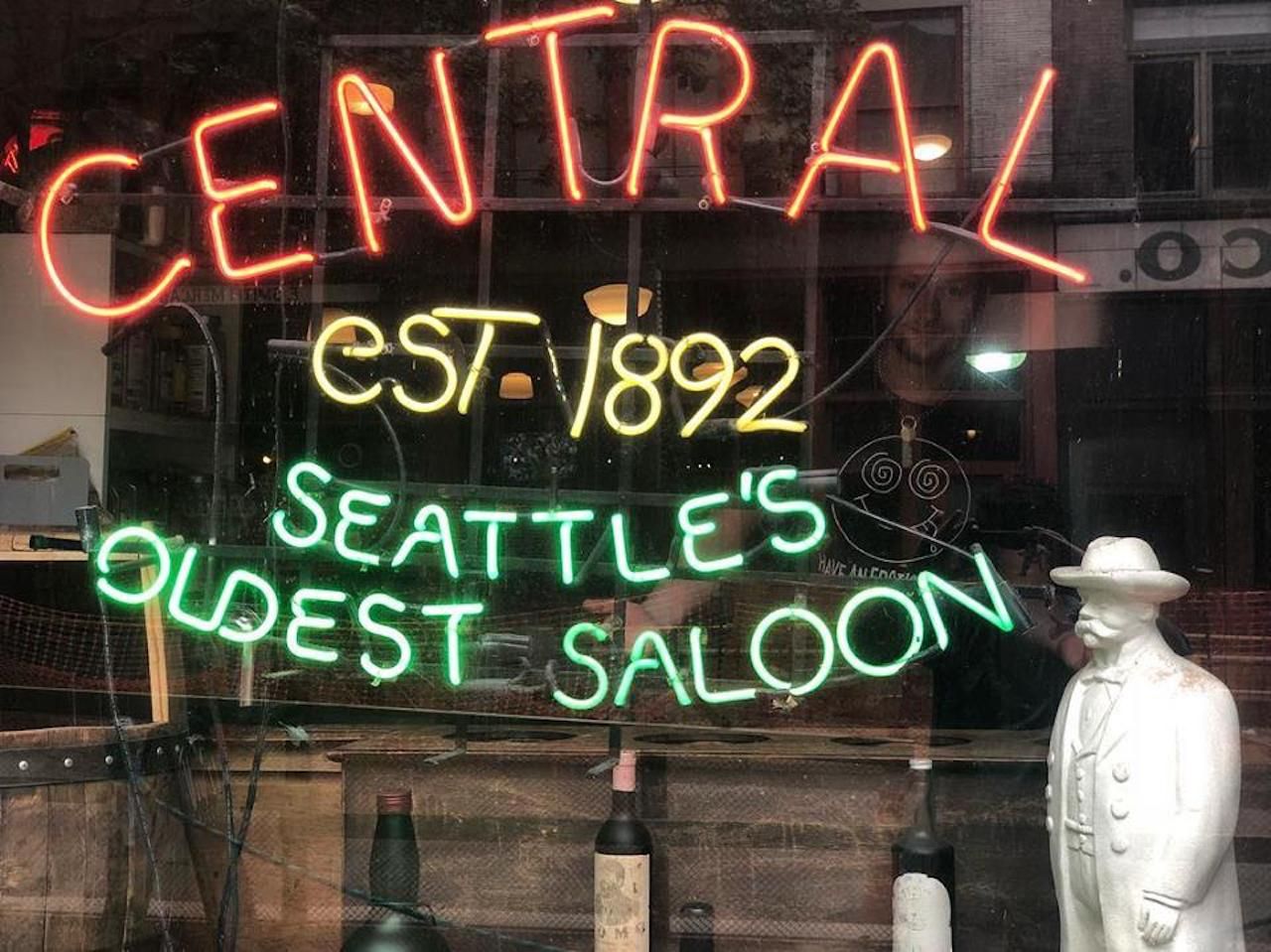 Central Saloon — The Central dates back to 1892 and is one of Seattle’s oldest saloons. It’s also where bands like Soundgarden, Nirvana, and Alice in Chains played in the early days of grunge. The Central continues its music tradition with new bands rocking out most nights of the week. Inside, you can tip back drinks at the long dark wood bar. A full kitchen serves up burgers, pesto chicken sandwiches, BBQ pulled pork, and cobb and caesar salads. There’s a food happy hour from 3:00 to 7:00 PM, and the music cover charge goes up to $10 at the door.

Trinity Nightclub — The party starts after 9:00 PM at this nightclub in the heart of historic Pioneer Square. The main room has a vintage feel while the Blue Room is mid-century modern with a computer-controlled LED light system. Acclaimed DJs spin records for guests dancing on the two large dance floors. Theme nights include Throwback Thursdays (’90s and 2000s) and Reload Saturdays, where DJs play EDM and the bar sells $1 well drinks from 9:00 to 10:00 PM. Open Thursday, Friday, and Saturday nights. 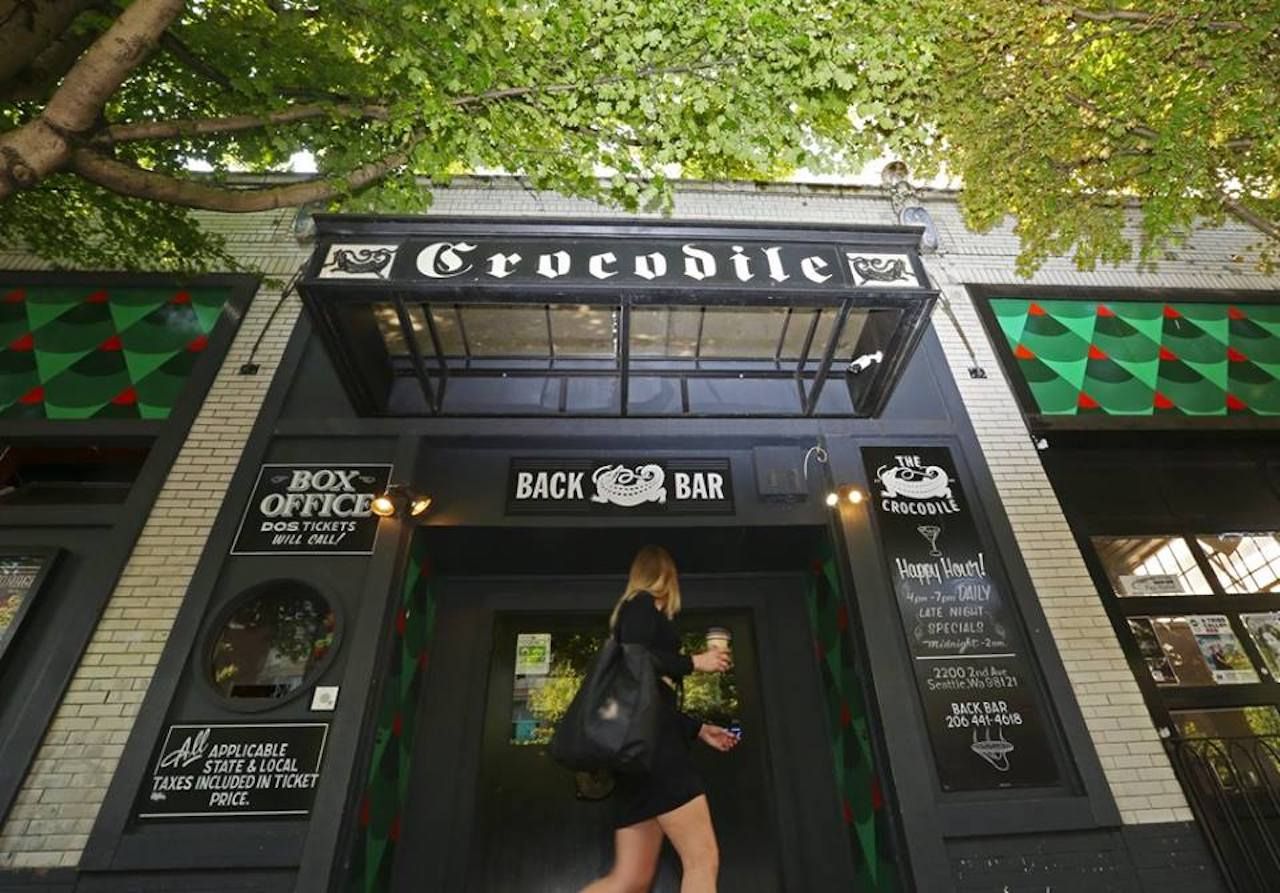 The Crocodile — A spot embedded in Seattle’s grunge music history thanks to past performances by the likes of Nirvana, Pearl Jam, and Mudhoney. Opened in 1991, The Crocodile has live music nearly every night of the week, with local, national, and international acts performing rock, hip-hop, metal, electronic music, and more. Grab a seat at a high-backed booth in the attached Back Bar, and enjoy one of their wood-fired pizzas.

Black Bottle Gastrotavern — This bar and restaurant serves up custom cocktails, wine, and draft beer paired with healthy and sustainable shareable plates. Cocktails range from classics to originals like the Slow Magic made with lychee tequila and sloe gin, and a long rotating wine list covers the Pacific Northwest essentials, as well as options from Europe. For food, try the premium local hanger steak, spice-seared sashimi yellowfin with asparagus salad, and spicy coconut lemon-ginger ceviche. The happy hour from 4:00 to 6:00 PM features budget small plates, $5.50 glasses of wine, and $1 off cocktails and beer.

Shorty’s — Come for the games, entertainment, and simple drinks. Like any good dive bar with a circus theme, Shorty’s has a food menu that specializes in hot dogs and nachos. The Pinball Cove has an entire room with 16 themed pinball machines, including Star Wars, Pirates of the Caribbean, and Iron Maiden Premium. Shorty’s also has classic arcade games like Galaga, Centipede, and Pac-Man. The full-service bar has you covered for your beverages. 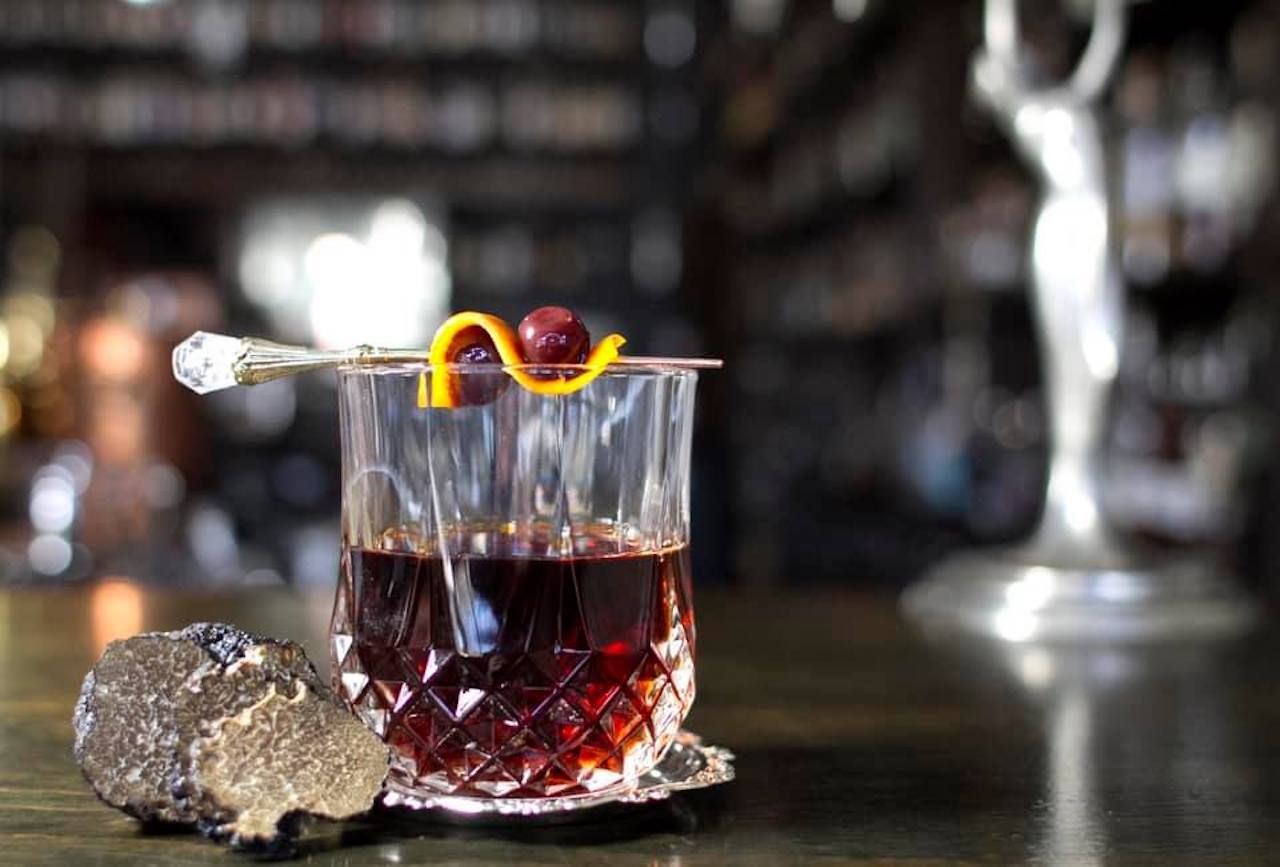 Canon — This isn’t just a notable Seattle bar; it’s a notable bar, period. It claims the largest spirit collection in the US with 4,000 different options that are always changing and growing. There’s rare whiskey, spirits you’ve never heard off, and plenty of cocktails that incorporate it all. If you’re really looking to splurge, get a taste of the rare spirits on offer — just know you’re going to be paying into the hundreds of dollars.

Neumos — This medium-sized venue is a happening spot with live music five to six nights a week. Originally opened in 1994 as Moe’s, it reappeared in 2003 as Neumos. The bar’s stage has seen the likes of Adele, The Raconteurs, and The Yeah Yeah Yeahs. The main room has three bars, a balcony with a view of the stage, and a second-floor mezzanine.

Comet Tavern — A longstanding dive bar, The Comet is in a prime location on Pike Street directly across from Neumos. The interior is inviting with a long wood bar, booths, and wood floors. There’s no shortage of things to do with a pool table, vintage pinball machines, and skee-ball. Cheap beer is the move here. Food comes from Lost Lake Cafe and includes burgers, sandwiches, nachos, and beer-battered deep-fried cheese curds with roasted garlic aioli. The long happy hour runs from 4:00 to 9:00 PM Monday through Friday, with pitchers from $4 to $6 and well drinks at $4. 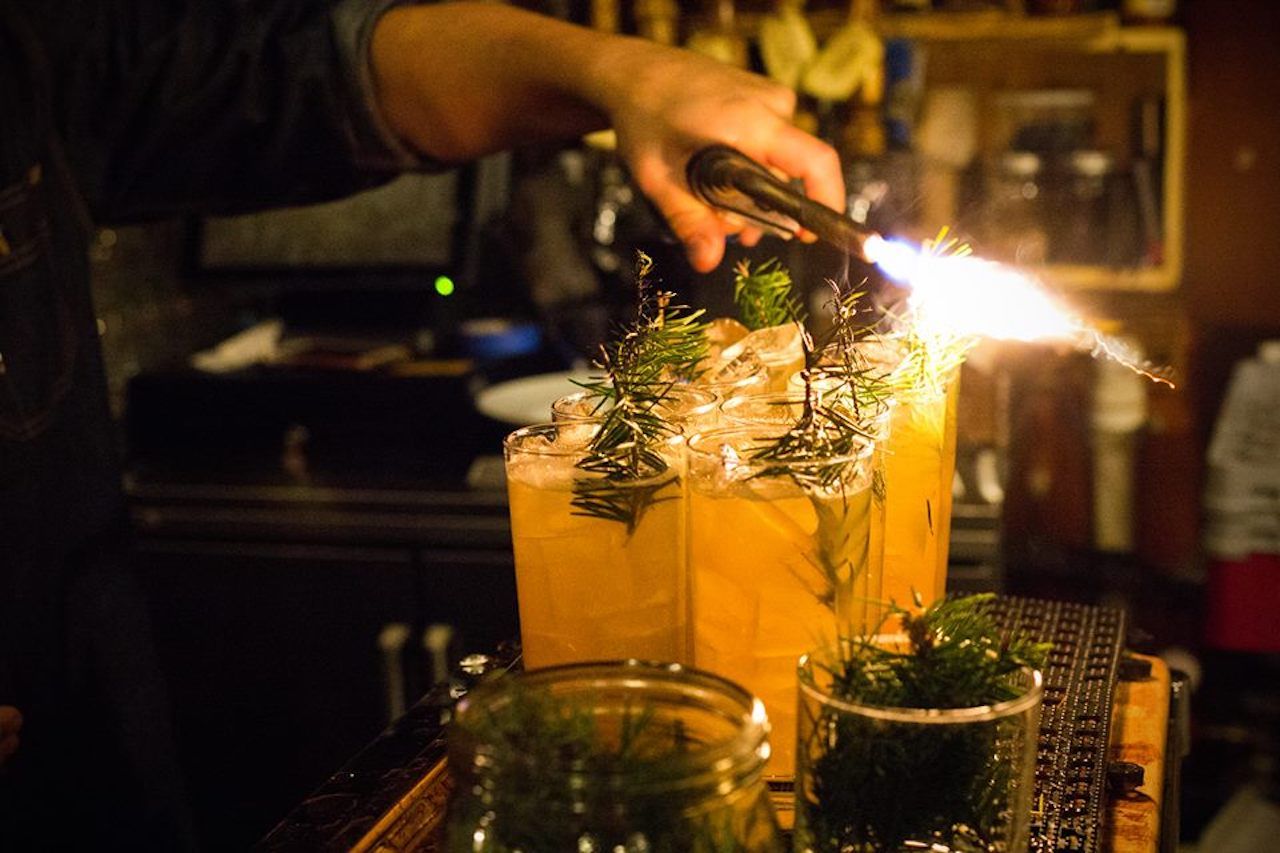 Radiator Whiskey — Located across from the clock at Pike Place, Radiator has an expansive whiskey list and meat-focused bar food like a smoked pig’s head (be sure to order in advance if you want a taste, which you do). If you like your whiskey mixed rather than neat, the bar features whiskey cocktails that blend mezcal, bourbon, Scotch, amari, pisco, and more.

El Corazón — Pearl Jam’s first ever official show was in this room. Soundgarden, Alice In Chains, and Mudhoney all played here when it was known as the Off Ramp Cafe in the ’90s. El Corazón continues to feature local upcoming Seattle bands, as well as national and international artists. This small club becomes one communal party as the band starts rockin’ just feet away from you. Catch your breath in the adjoining bar near the entrance. Don’t miss more live bands just next door at the sister venue, The Fun House. 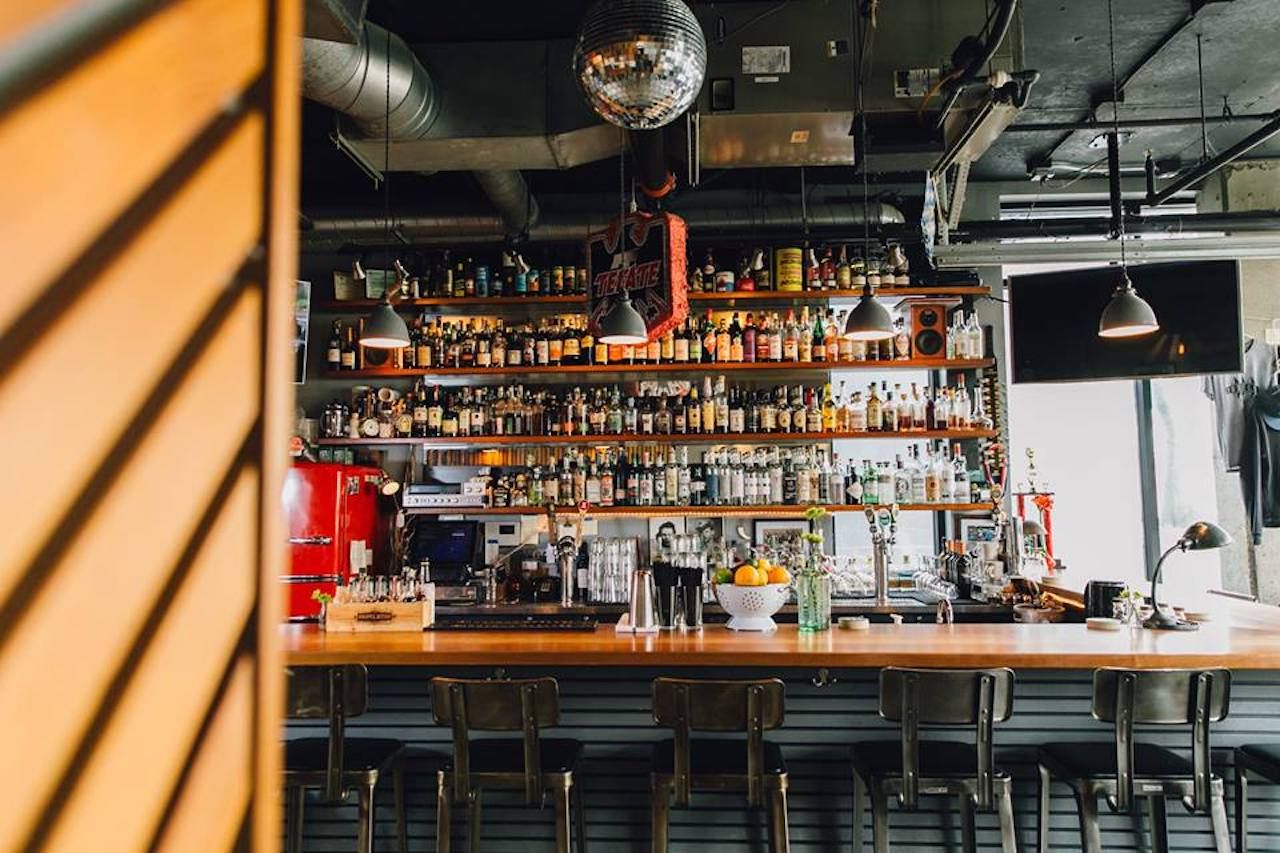 Russell’s — A locally loved bar with a craft beer and cocktail focus. The cocktails tend toward classic riffs while the beers span from locals on tap to beloved macro beers. The decor is a throwback with wood booths, and there are bar snacks like pork sliders and pretzels and beer cheese.

Barrel Thief — A wine and whiskey bar with more than 150 wine options and more than 350 whiskey options. Wine lovers will be drawn to the extensive by-the-glass and by-the-bottle menus, while spirits and cocktail fans will be more than satisfied with the options here. Barrel Thief keeps the prices reasonable even with all of the quality selections.

Schilling Cider House — More than 30 taps devoted to cider, along with bottle and can options. Schilling doesn’t serve any macro ciders, choosing instead to focus solely on independent and craft producers (as well as its own house ciders). This is the type of place that will win over even people who don’t think they like cider. Food isn’t sold on site, but you can bring your own or order delivery. 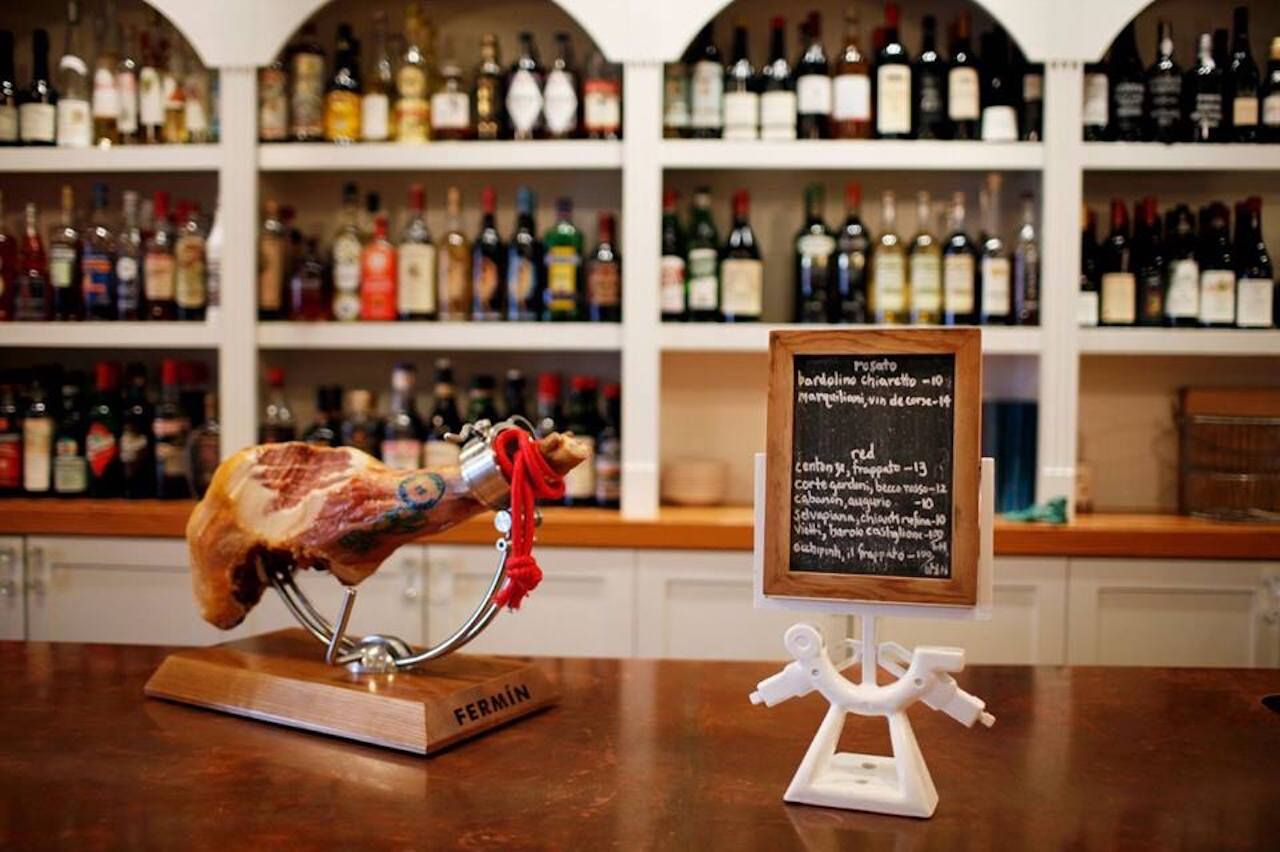 Barnacle — A small bar with the best amari menu in Seattle. Try them solo or in a cocktail — either way you’ll be impressed (despite the likely wait). Mediterranean-style small bites can take the edge off your hunger.

Reuben’s Brews — A hyper-transparent brewery that regularly wins best brewery awards. It’s family-owned, and the intimate indoor-outdoor space is worth a visit for the beer as well as the atmosphere.

Maritime Pacific Brewing — Today, Ballard is Seattle’s brewery district. A taste of old Ballard before it was filled with about a dozen breweries (depending on where you draw the neighborhood boundary) can be found at Maritime Pacific, which started in 1990. Try the beers in the Jolly Roger Taproom, which is decked out like a classic sailor’s pub. 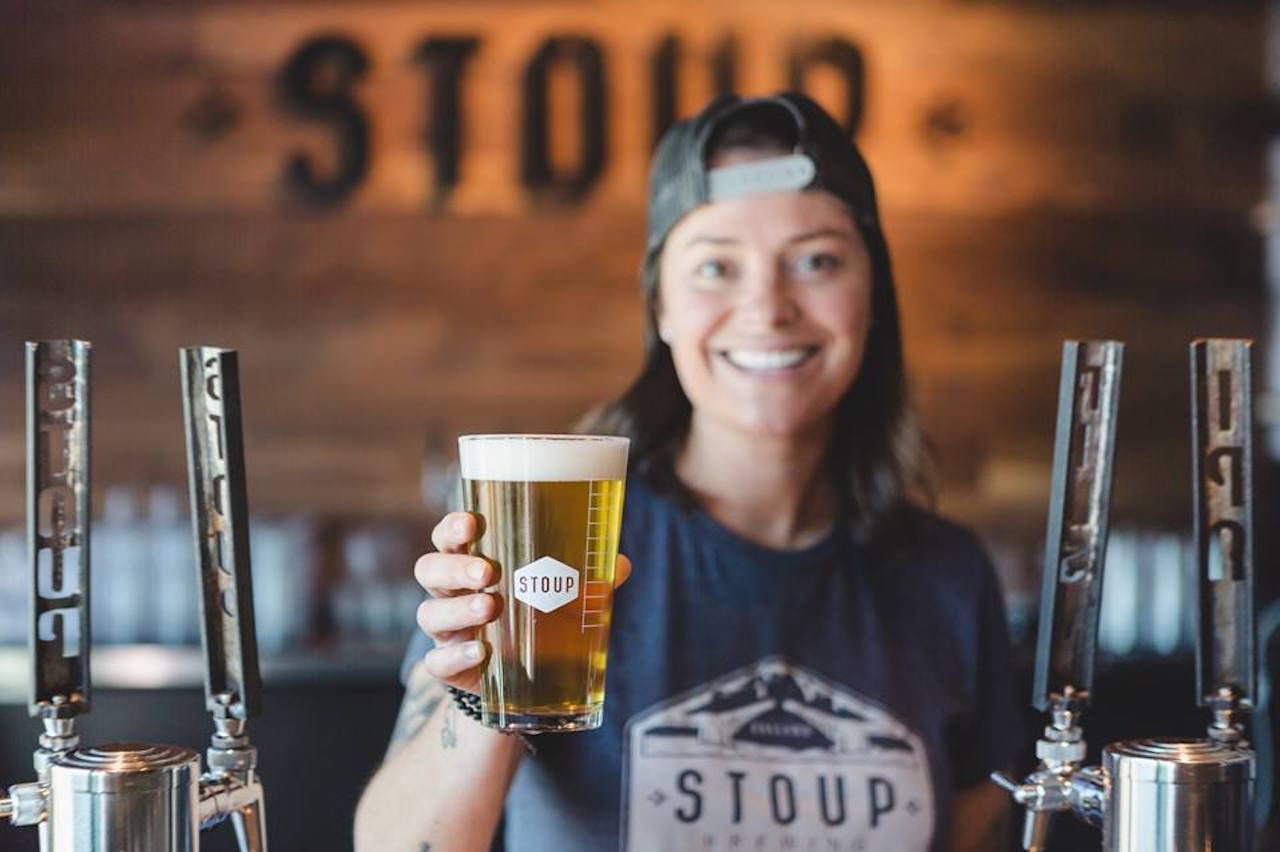 Stoup — Find balanced IPAs, stouts, porters, and more in this brewery that was started by a former biology teacher and a chemist. A rotating cast of food trucks will satisfy your hunger in between brews.

Populuxe — This brewery won Washington’s best small brewery of 2018 for good reason. The nine-beer selection rotates, but there’s always something hoppy, something light, and something malty. The name comes from a mashup of popular and deluxe, and after you’ve had a few of these popular and deluxe beers, you can order some eats from the food truck of the day.