If you only have a day in Seattle, you’ll still have plenty of time to see some of its best sights, which are conveniently located just a few minutes away from each other. You can take in views of the entire city, experience the works of some of Seattle’s best artists, and savor a taste of its incredible food scene. From Pike Place Market to the Space Needle, here’s how to spend your first, or only, day in Seattle. 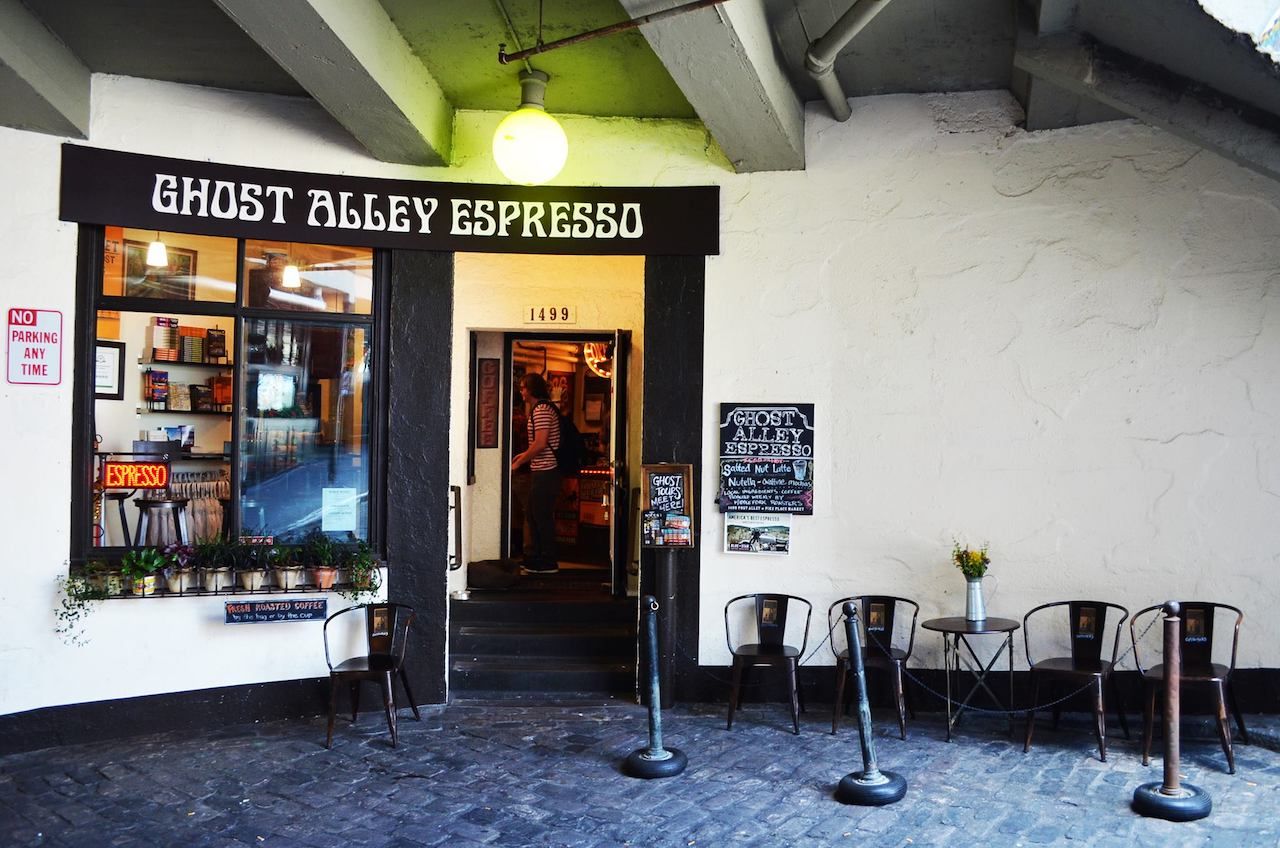 Start your day in Pike Place Market at Los Agaves. Tucked just inside the building, the walk-up food stall serves authentic Mexican street food. Try one of its breakfast burritos, huevos rancheros, or breakfast bowls with eggs, potatoes, your choice of meat, salsa, and guacamole.

Since the market is packed with good food to try, you could also start with just a coffee drink at Ghost Alley Espresso and save your appetite for the many pastries and goodies you’ll pass by. 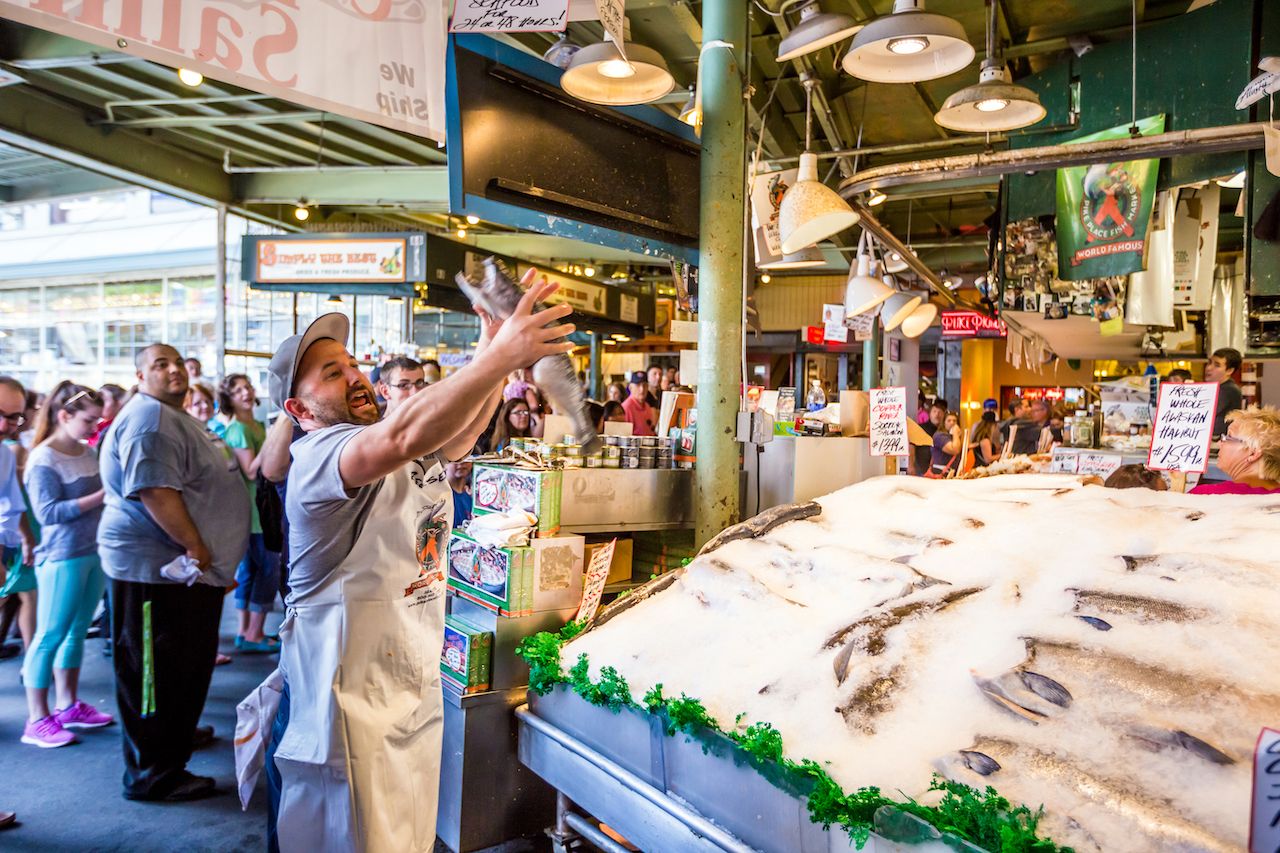 Continue exploring Pike Place Market, Seattle’s oldest public market. Started in 1907, it was under threat of demolition in the early 1970s but was saved by local activists. Wander through its corridors and take in the morning sights of the market getting ready for the day. Fresh flowers, produce, and seafood are brought in every morning. After watching the fishmongers toss huge fish long distances, look out the windows for a view of the waterfront and Elliott Bay. Have an early lunch at whatever strikes your fancy in the market. One of our favorites is the French bistro Café Campagne on Post Alley, which has daily changing quiches and excellent lamb burgers. 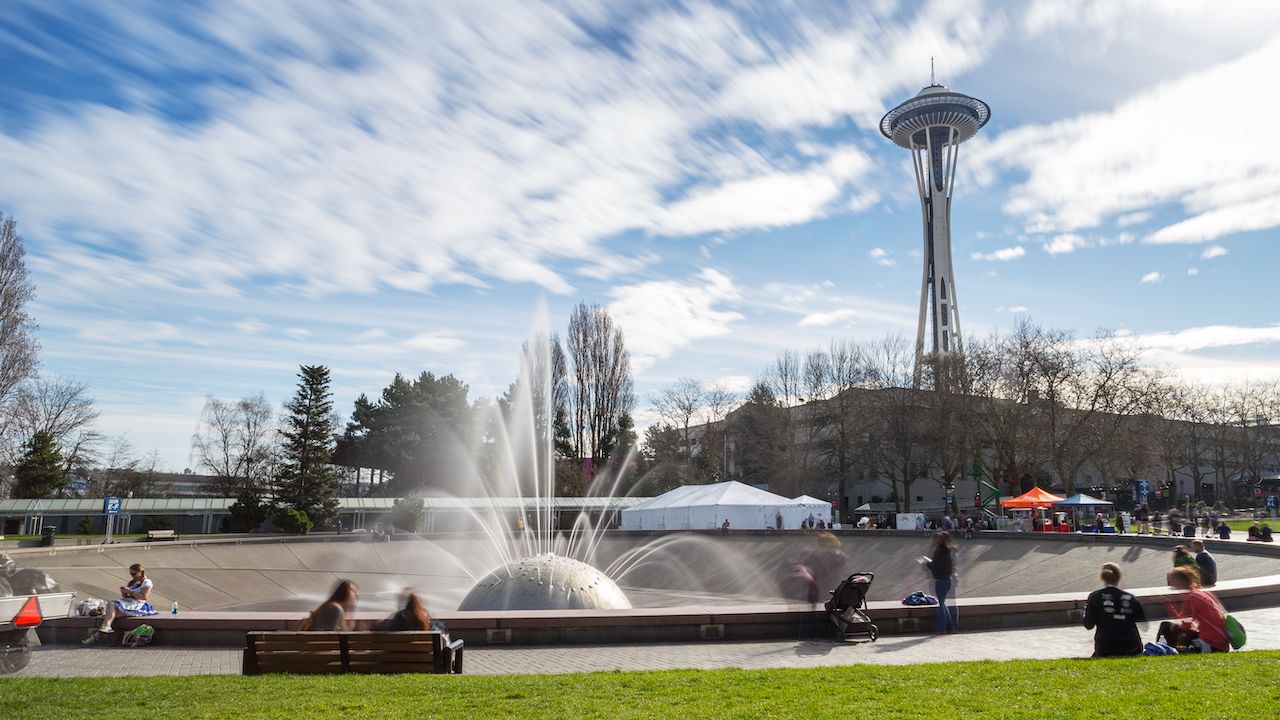 The Seattle Center will keep you busy for hours. Built for the 1962 World’s Fair, it has continued to delight locals and tourists for decades. Read on for details about the Space Needle, Chihuly Garden and Glass, MoPOP, and the monorail, all located at the Seattle Center. 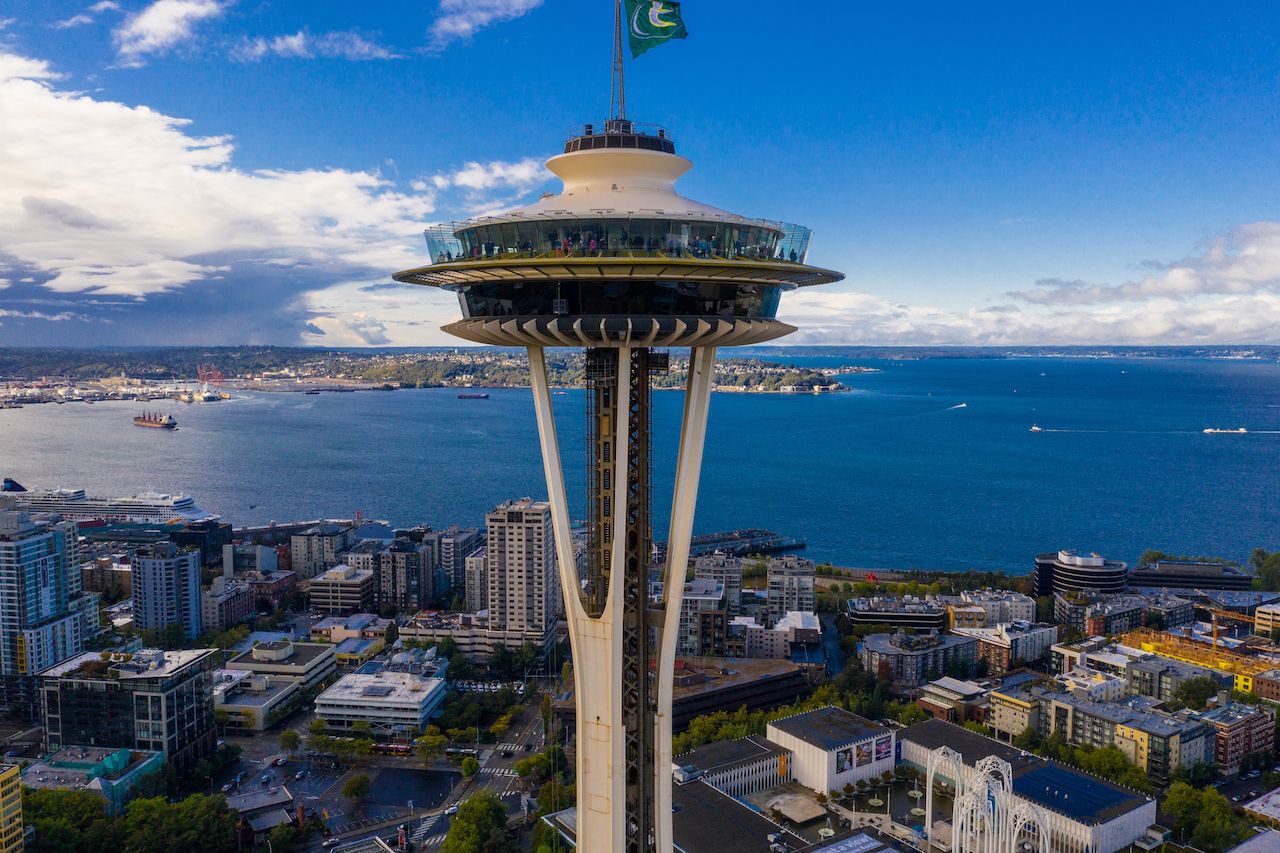 The 605-foot-tall Space Needle will give you an incredible view of the surrounding Seattle area and on a clear day, views of Mount Rainier and the Olympic Mountains on the peninsula. The revamped observation deck has floor-to-ceiling glass walls for an unobstructed view. Downstairs on the second level, look through the glass floor to the Seattle Center below. 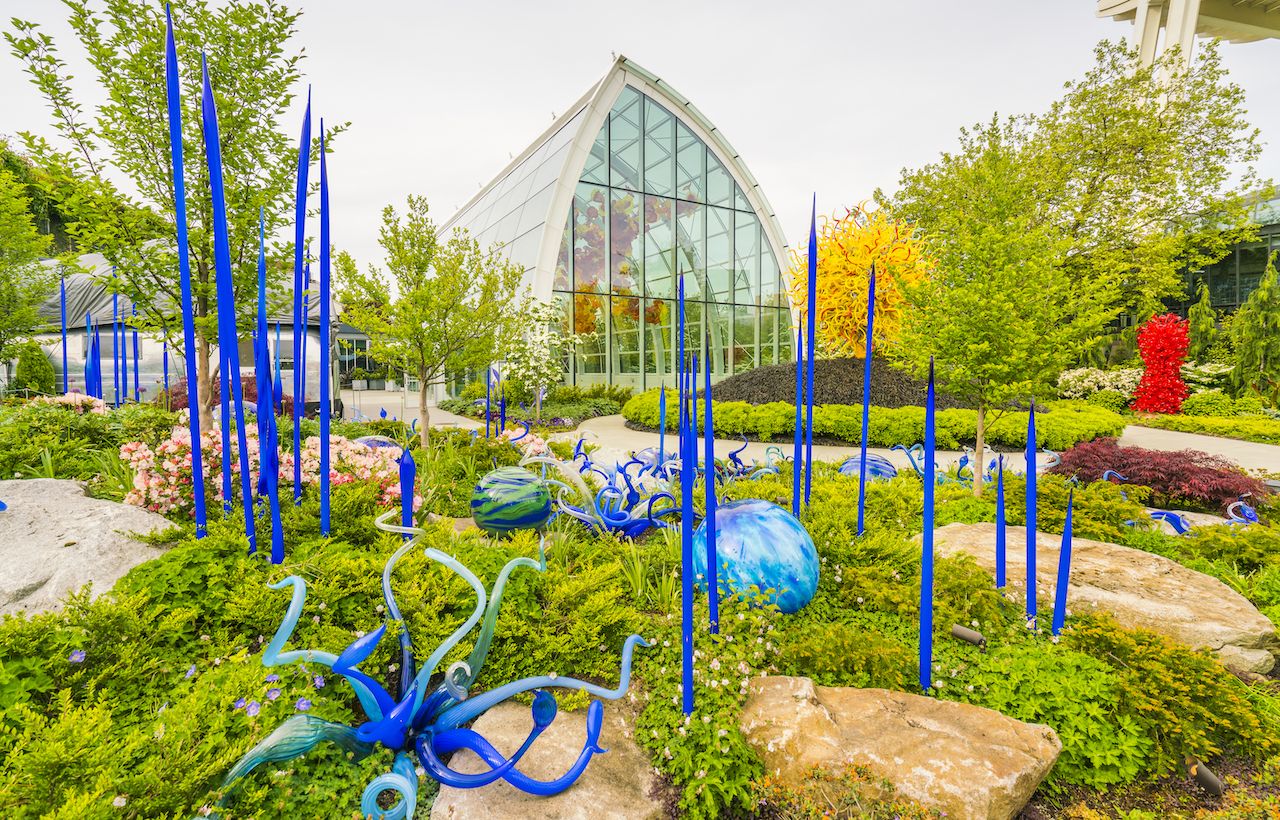 Right below the Space Needle, Chihuly Garden and Glass displays large blown-glass sculptures by Tacoma-native, Dale Chihuly. Mostly indoors, the exhibit includes several rooms with different themes spanning his career. The end of the exhibit will take you outside to a garden and the impressive Glasshouse with a view looking up to the Space Needle high above. 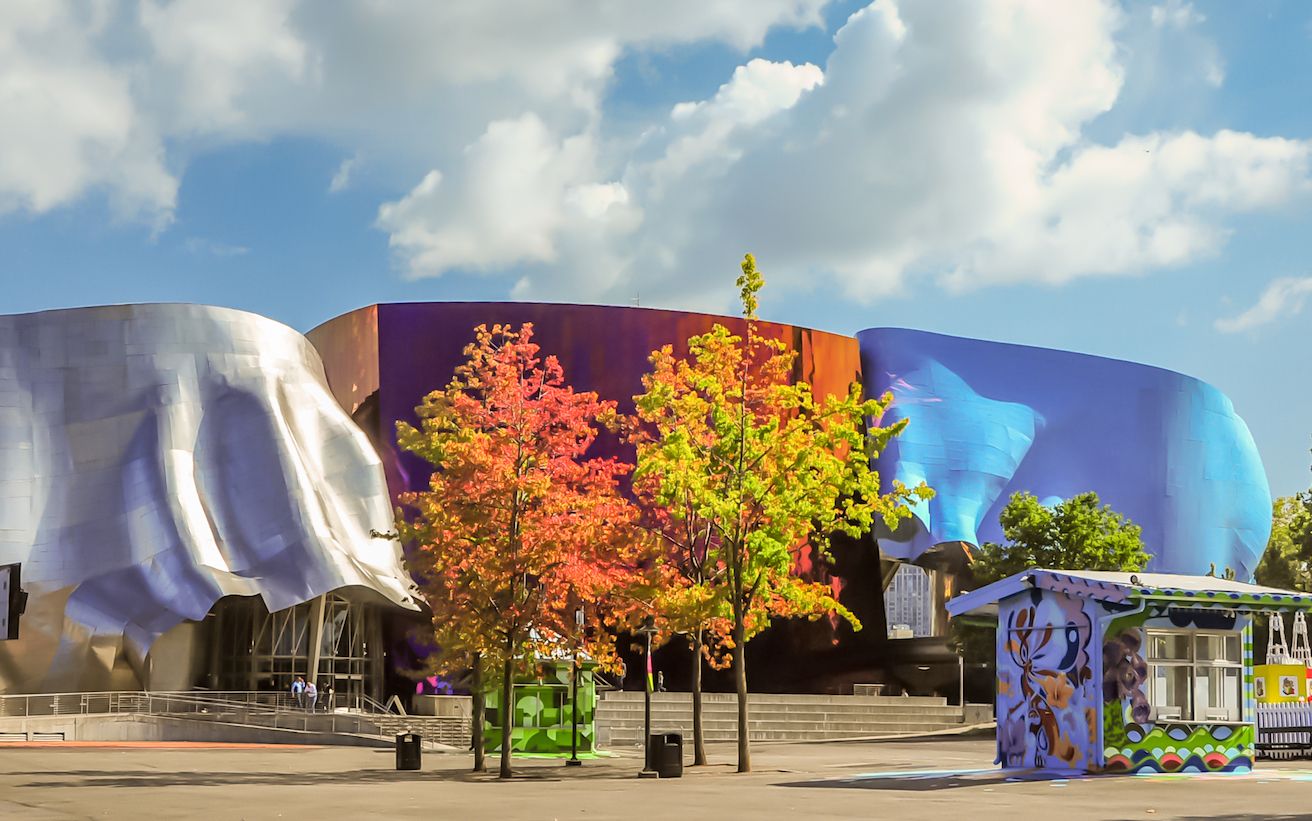 The brainchild of Paul Allen, Microsoft’s co-founder, the Museum of Pop Culture, or MoPOP for short, highlights some of Seattle’s great musicians like Jimi Hendrix, Pearl Jam, and Nirvana. It also has exhibits on gaming and shows films in its SkyChurch venue. The fantastical building, designed by architect Frank Gehry, is alone worth checking out — 21,000 shingles of brightly hued metal come together to create an image of colorful, undulating waves. 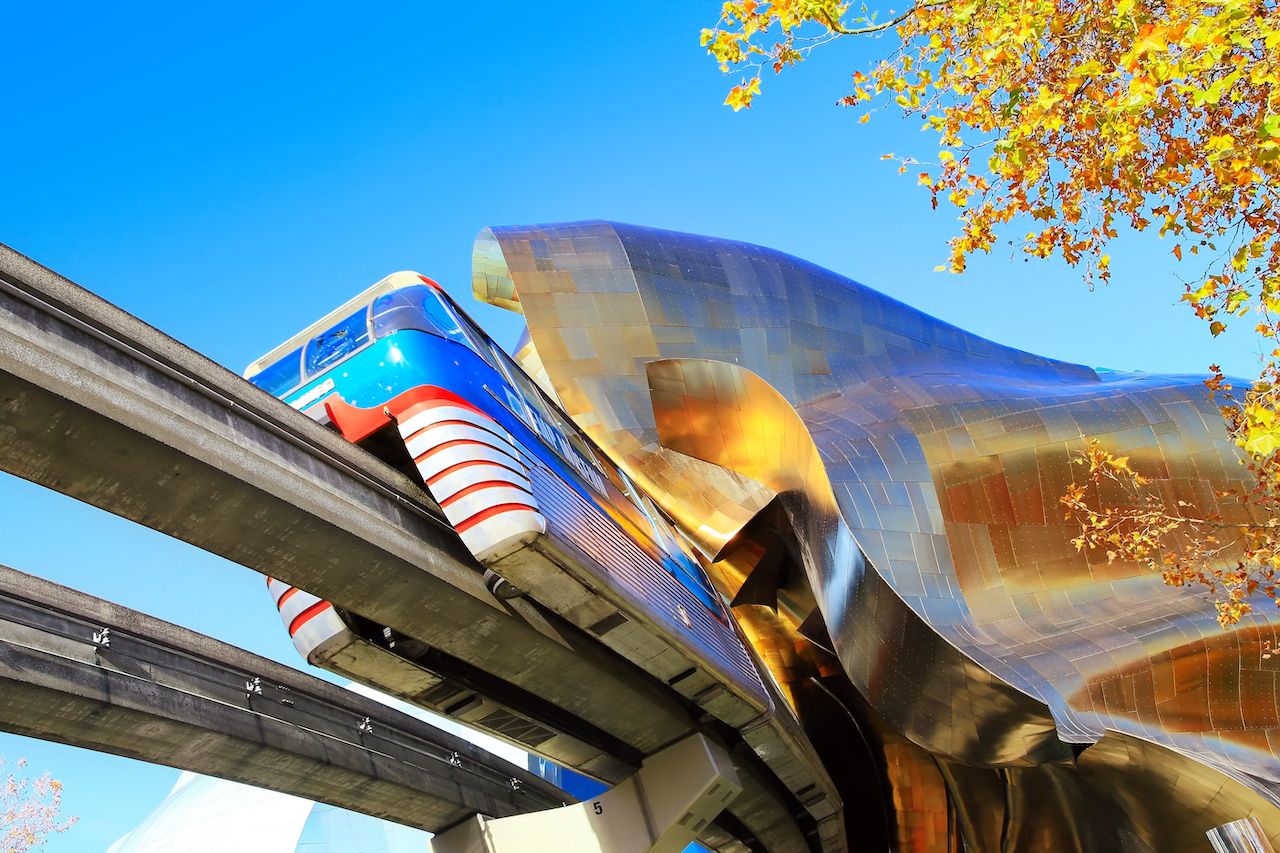 When you’re ready to leave the Seattle Center, hop on the “space-aged” Seattle Monorail. Built for the 1962 World’s Fair, it only has two stops, the Seattle Center and, two minutes away, the stop at Westlake Center in downtown’s retail core shopping area. Along the way, you’ll see a one-of-a-kind view of Seattle and Puget Sound peeking through the street as you pass.

Dinner on the waterfront 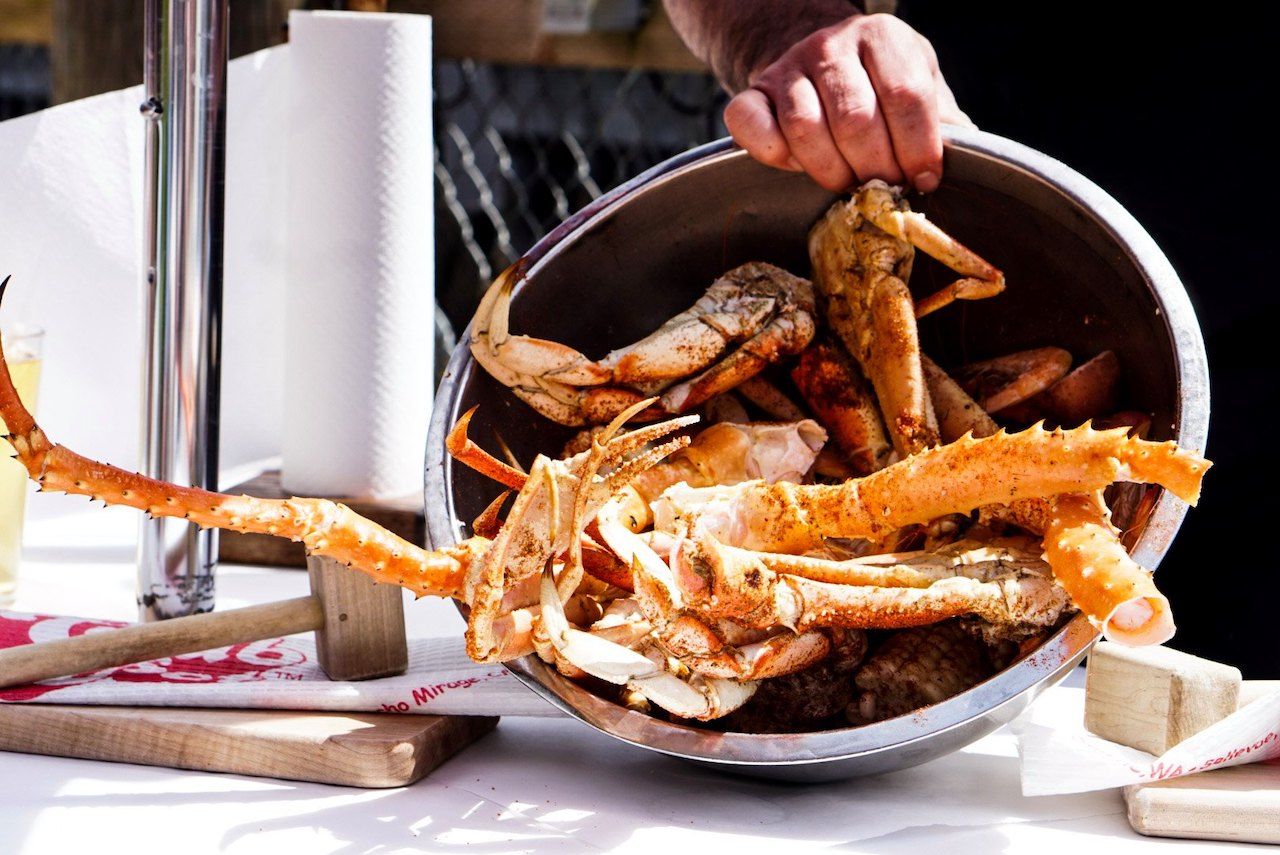 From the Westlake Center, walk down Pine Street to First Avenue. Head south on First and turn right at University Street to head down the stairs to the waterfront. The Crab Pot restaurant is directly ahead on Pier 57. Its Seafeasts offer steamed and seasoned seafood poured on butcher paper directly onto your table, ready for you to crack open.

After you take in the sunset at the waterfront, head back up to Second Avenue in Belltown. Stop in for drinks, Skee-ball, and arcade games at the dive bar, Shorty’s. The Rendezvous, established in 1926, has the Jewelbox Theater with comedy, magic shows, and music, or you can chill with some cocktails in its Red Velvet Lounge. The Crocodile, where Nirvana and Pearl Jam once played, has live music and the Back Bar, which serves drinks and wood-fired pizza.