When the sun comes out, Seattle is awash with music festivals, parades, street fairs, and food and beer festivals, many of which are free or inexpensive. Northwest Folklife takes over the Seattle Center over Memorial Day weekend, bringing 250,000 guests to its grounds. The Seattle Street Food Festival is the city’s largest gathering of local and chain restaurants with nearly 100 vendors to choose from. In the summer, events pop up throughout the city every weekend and Seattle Center is always a great place to check out for free, fun cultural events throughout the year. If you are visiting Seattle here are some events and festivals not to miss. 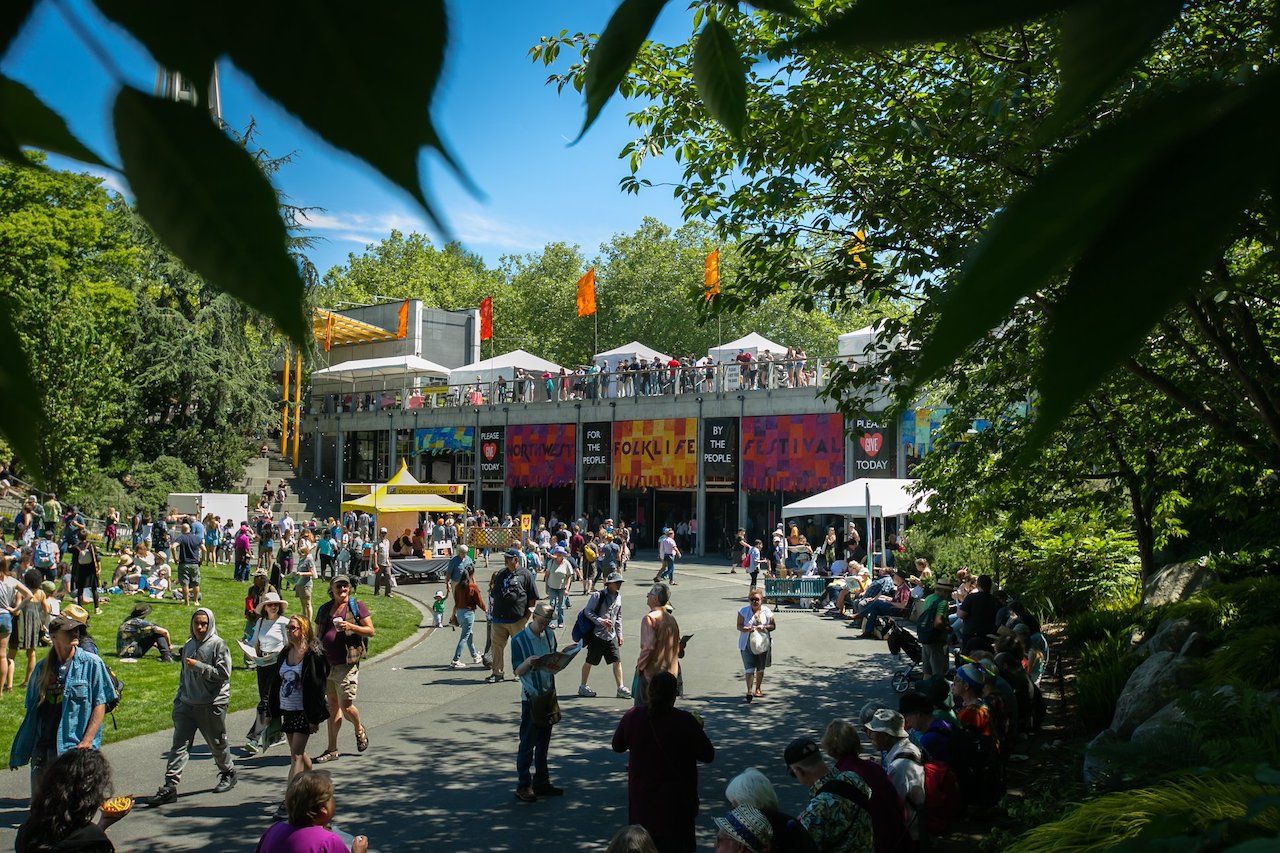 Northwest Folklife — At the end of May, over the long Memorial Day weekend, nearly all of the 74-acre Seattle Center complex is transformed into one big artistic cultural party. The schedule for the four-day extravaganza includes live music and dance performances representing the diverse communities in Puget Sound, hands-on music demonstrations, and family activities, all in the shadow of the Space Needle. It showcases over 5,000 performers and welcomes 250,000 visitors over the weekend. Northwest Folklife suggests a donation of just $10 per person per day, but any amount is welcome.

When: end of May

When: third weekend of May 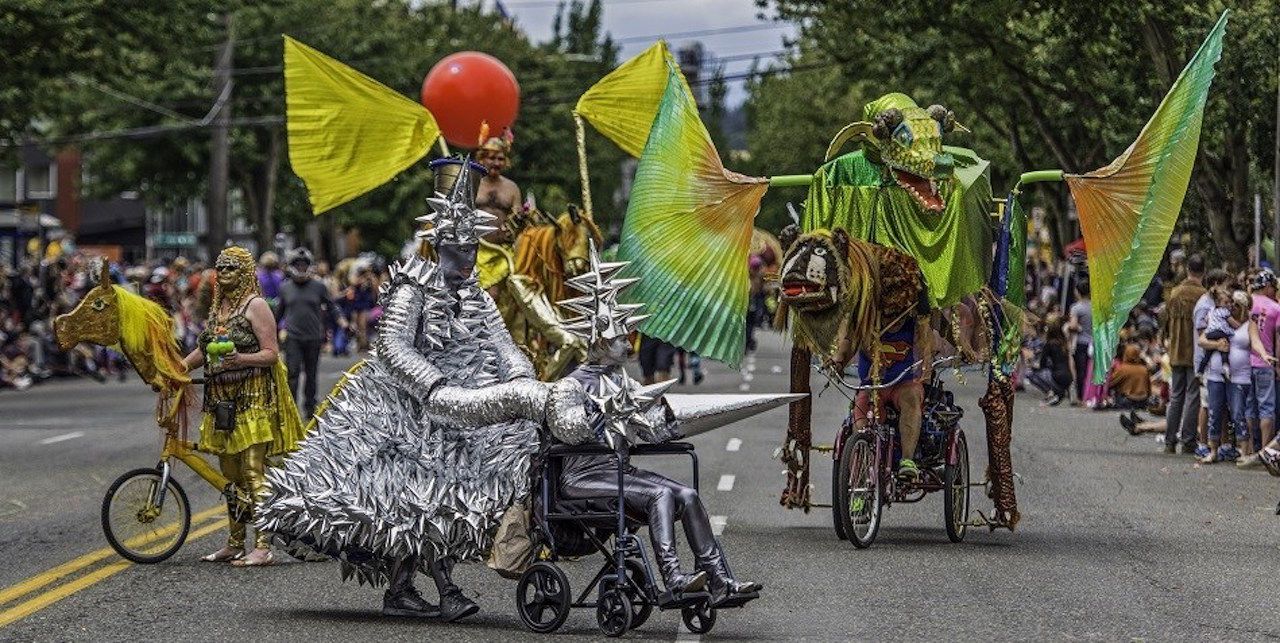 Fremont Solstice Parade — Annually held on the Saturday nearest to the summer solstice in June, the Solstice Parade was created by the Fremont Arts Council (FAC) to encourage locals to display their creative side publicly. Taking place in the Fremont neighborhood of Seattle, the parade includes costumed street performers, stilt walkers, parade floats, and the Solstice Cyclists — a group of body painted, naked or semi-naked Seattleites cycling through the streets of Fremont. All are welcome to walk in the parade. Just join an ensemble or volunteer with the FAC. The parade ends with a huge party at Gas Works Park at the edge of Lake Union.

When: end of June

Seattle International Beerfest — Seattle International Beerfest is held over a glorious three-day weekend in July at the Seattle Center. This indoor and outdoor event offers samples of over 200 beers from around the world. Multiple beer tents and food booths are set up throughout the lawn area. Bring a blanket for lawn seating. Your entry pass includes either 10 or 30 beer tickets for samples, a Beerfest glass, and wristband with free re-entry all weekend long (don’t forget your wristband and glass, no re-entry without it). This event is for ages 21 and over only. For tickets at the gate, it’s cash only. Bonus: It is a pet-friendly event. 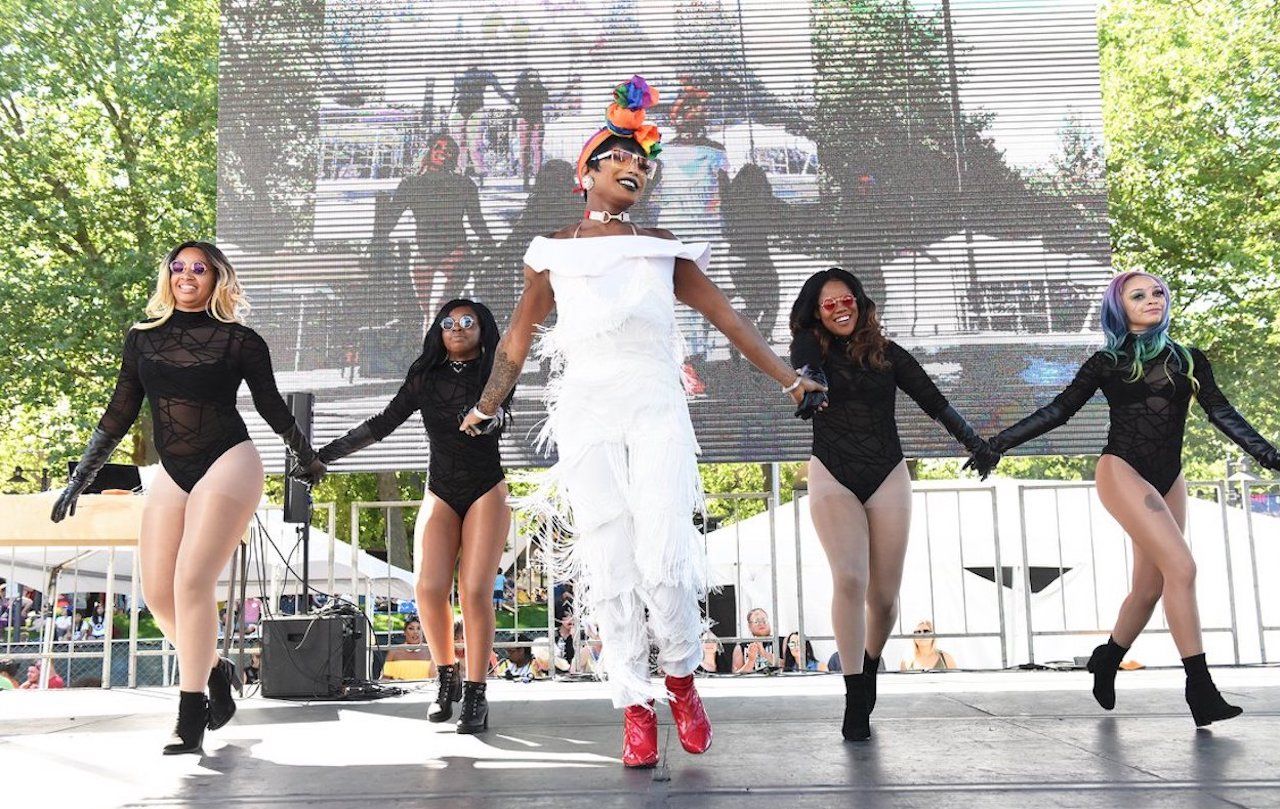 PrideFest — At the end of June, Seattle celebrates its LGBTQ community with two separate eight-hour events over the course of one weekend. The first PrideFest is held in the traditional LGBTQ neighborhood of Capitol Hill. The following day PrideFest moves to the Seattle Center to continue the party. Both events are free, with performances on multiple stages.

When: end of June

Bumbershoot — Bumbershoot rocks the end of summer at the Seattle Center over Labor Day weekend, drawing dozens of top international artists to headline its stages. Revelers travel across the country to experience this event that started in 1972. Along with music, you’ll also find comedy, dance performances, visual arts, theater, and film. When you’re looking for some munchies, don’t worry, a dozen or so of Seattle’s best restaurants have brought in food for the event. Purchase tickets ahead of time with its early bird discount on three-day weekend passes.

When: end of August 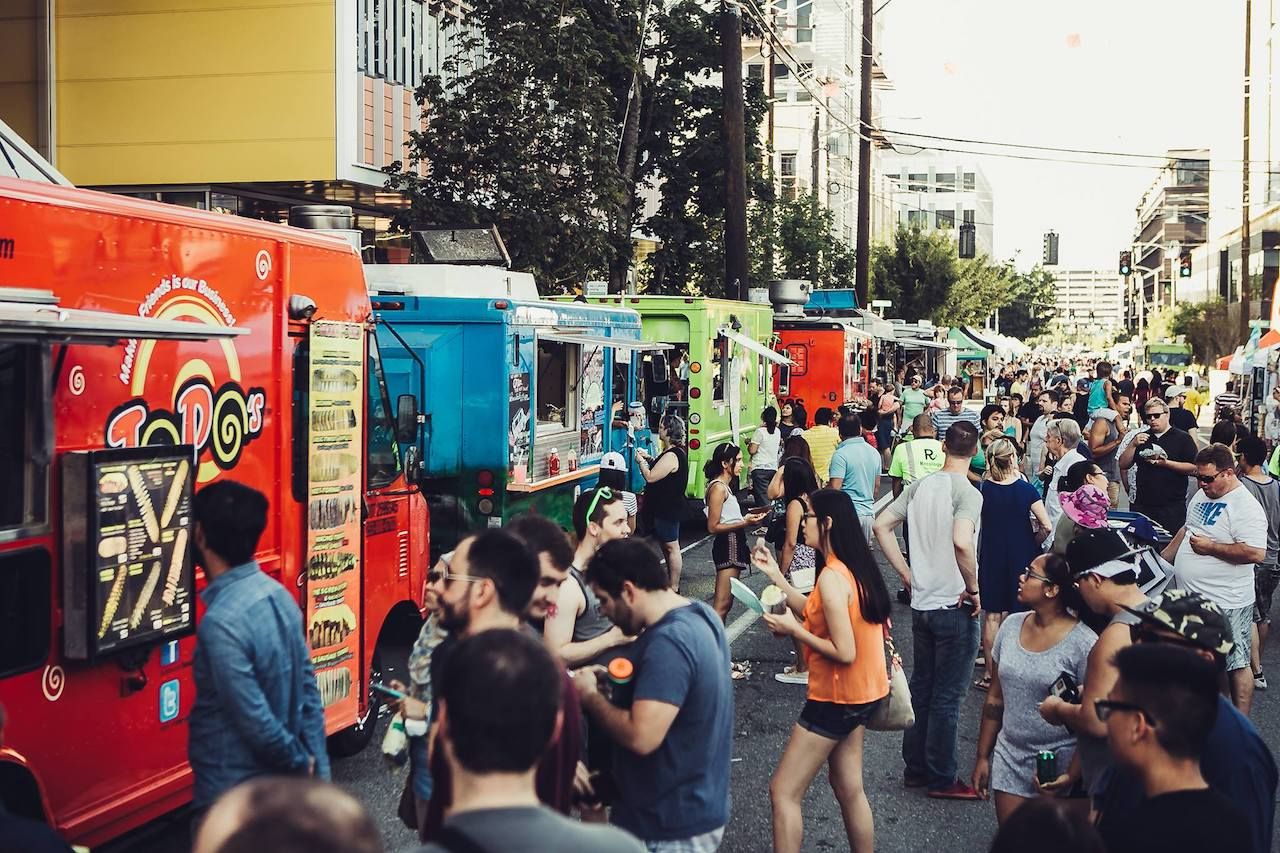 Seattle Street Food Festival — It is food trucks and tents galore at the Seattle Street Food Festival in South Lake Union. Held in July over a Saturday and Sunday, there are offerings from over 75 local and chain eateries along five blocks of food stalls. Grab some friends and divide and conquer the food lines. Live music performances, DJs, a craft beer hall, and a night market round out the event. Stay late on Saturday for an evening meal under the lights and the cityscape twilight. There is free admission to the festival, but bring cash just in case some stalls don’t accept card.

When: beginning of July