There are few types of destinations that can match the magic of a ski town. Every winter, ski resorts big and small turn into something near unrecognizable from the other half of the year as they’re flooded with skiers, snowboarders, and people who just want to soak up the atmosphere. Skiing or snowboarding is the main draw, but not the only. While it’s always advised to keep a clear head on the slopes, a relaxing cannabis indulgence can cap off a long day of snow sports like few other things.

Aprés ski opportunities can be found at just about every ski resort, but it takes a special set of circumstances for a good cannabis-friendly ski town. Some of the most famous located in parts of the world where recreational cannabis is legal, like Whistler, lack any nearby dispensaries. Others, like Taos in New Mexico, have yet to set up a recreational cannabis system, but have plenty of future potential. Still, anyone who is looking to sample both the mountain and some cannabis have no lack of options.

As of now, these are some of the best cannabis-friendly ski resorts in North America.

Editor’s note: While some dispensaries are called out here, it’s by no means is this a complete list of every local dispensary. Check Weedmaps for full availability 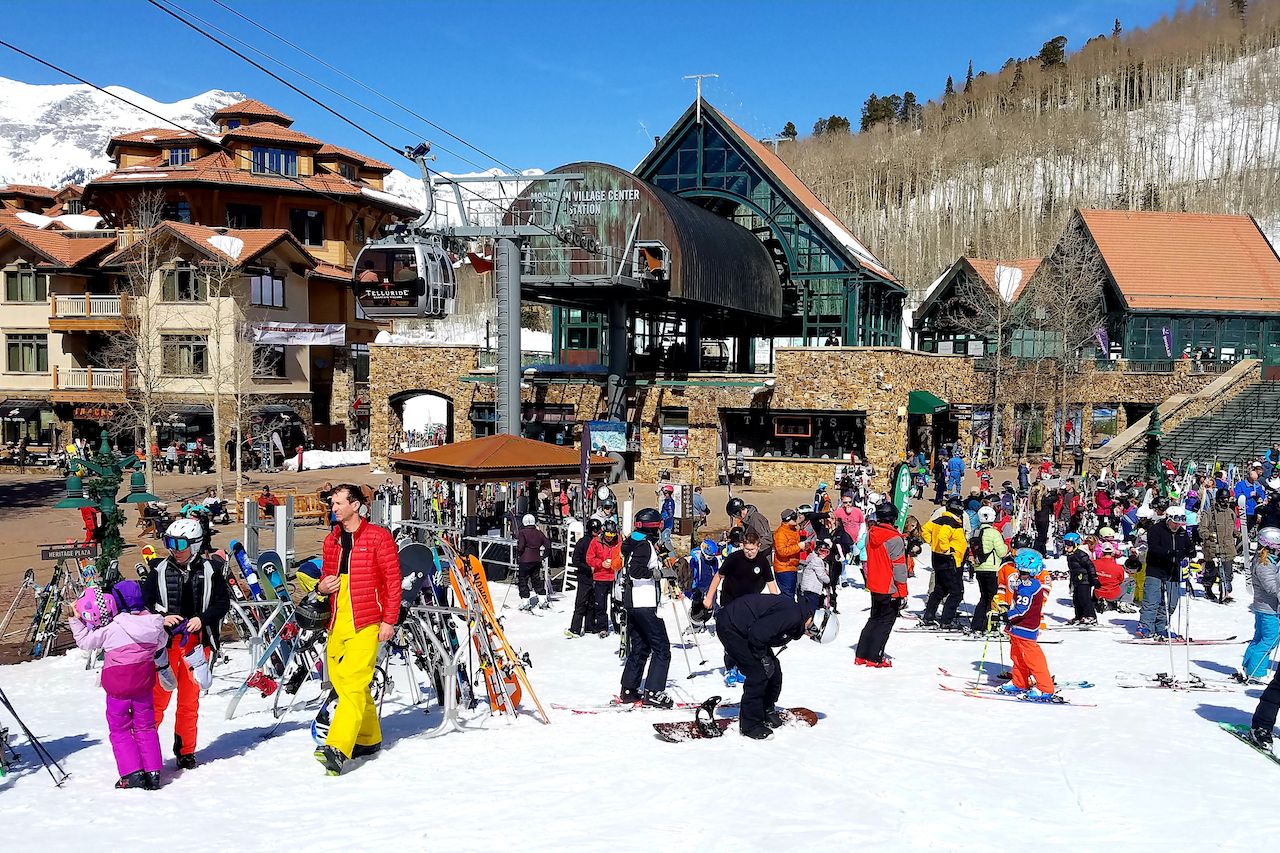 Widely considered among the best ski towns in North America, Telluride (and the resort town Mountain Village) has just about all that avid skiers and snowboarders could ask for. Its spot in the San Juan Mountains has nearly 150 trails and slopes that drop thousands of feet. Even non-skiers will enjoy the Telluride Mountain Village gondola, which is a free ride between Mountain Village and Telluride that reaches more than 10,500 feet elevation and offers 360-degree views. And in terms of relaxation, the state’s largest spa, a 42,000-square-foot relaxation center, can be found at Peaks Resort & Spa.

Cannabis in Telluride: Find all the cannabis you need to relax your muscles after the slopes (or even if you skipped the slopes) at two Telluride dispensaries: Alpine Wellness and Telluride Bud Company. Both have all that you need, though you will have to leave Mountain Village to get them if you’re staying at one of the resorts. Thankfully, there’s a wonderful gondola for that. 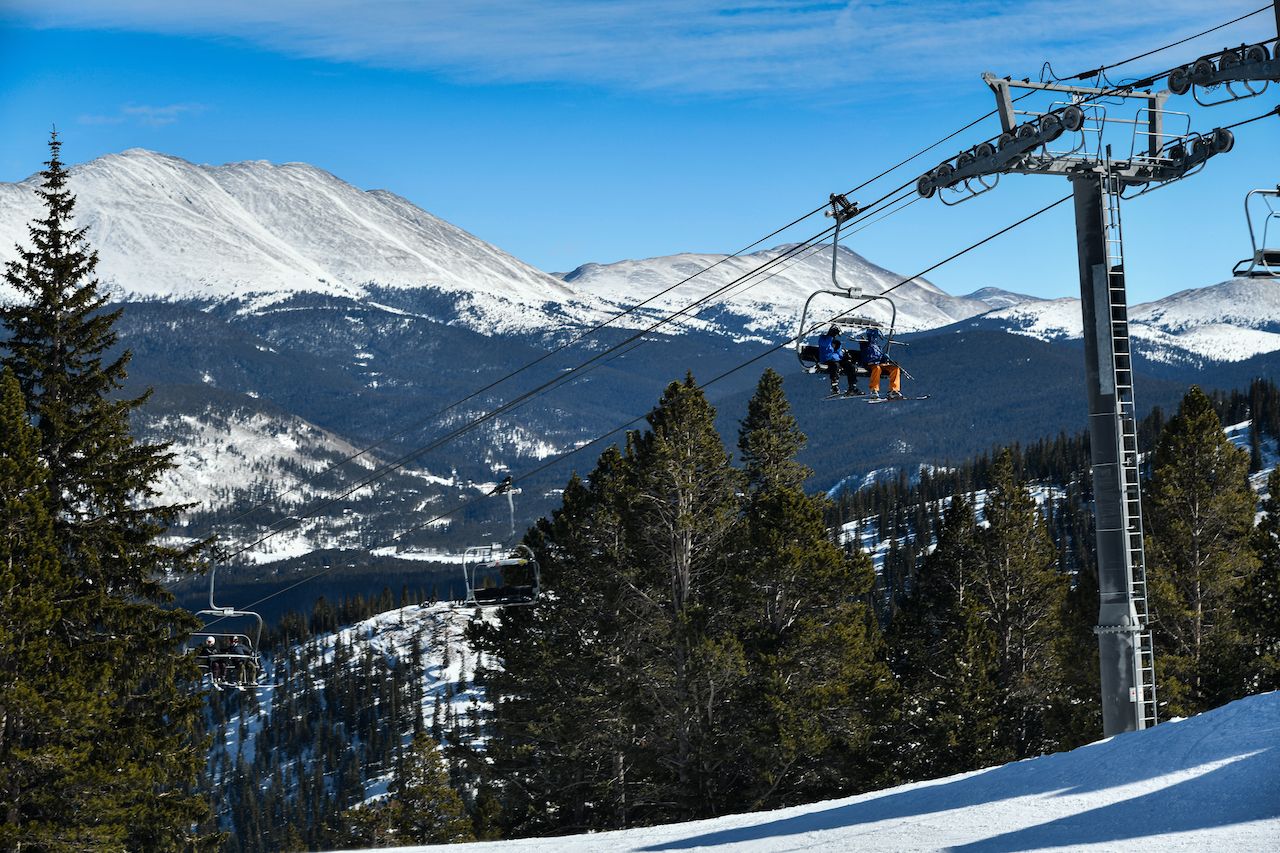 Breckenridge is the heart of Summit County, which is where you’ll find lots of incredible hotels (including group-friendly Airbnbs) and five ski resorts: Arapahoe Basin, Breckenridge, Copper Mountain, Loveland, and Keystone. Of these, Breck is where to stay if you’re looking to easily add cannabis into your trip (though if you’re closer to I-70, there are a couple of dispensaries in Frisco and Silverthorne as well). Breckenridge is home to two cross-country skiing centers with 30 miles of manicured and dedicated cross-country trails, and anyone looking for downhill action will enjoy the five peaks, 187 trails, and nearly 3,000 skiable acres. 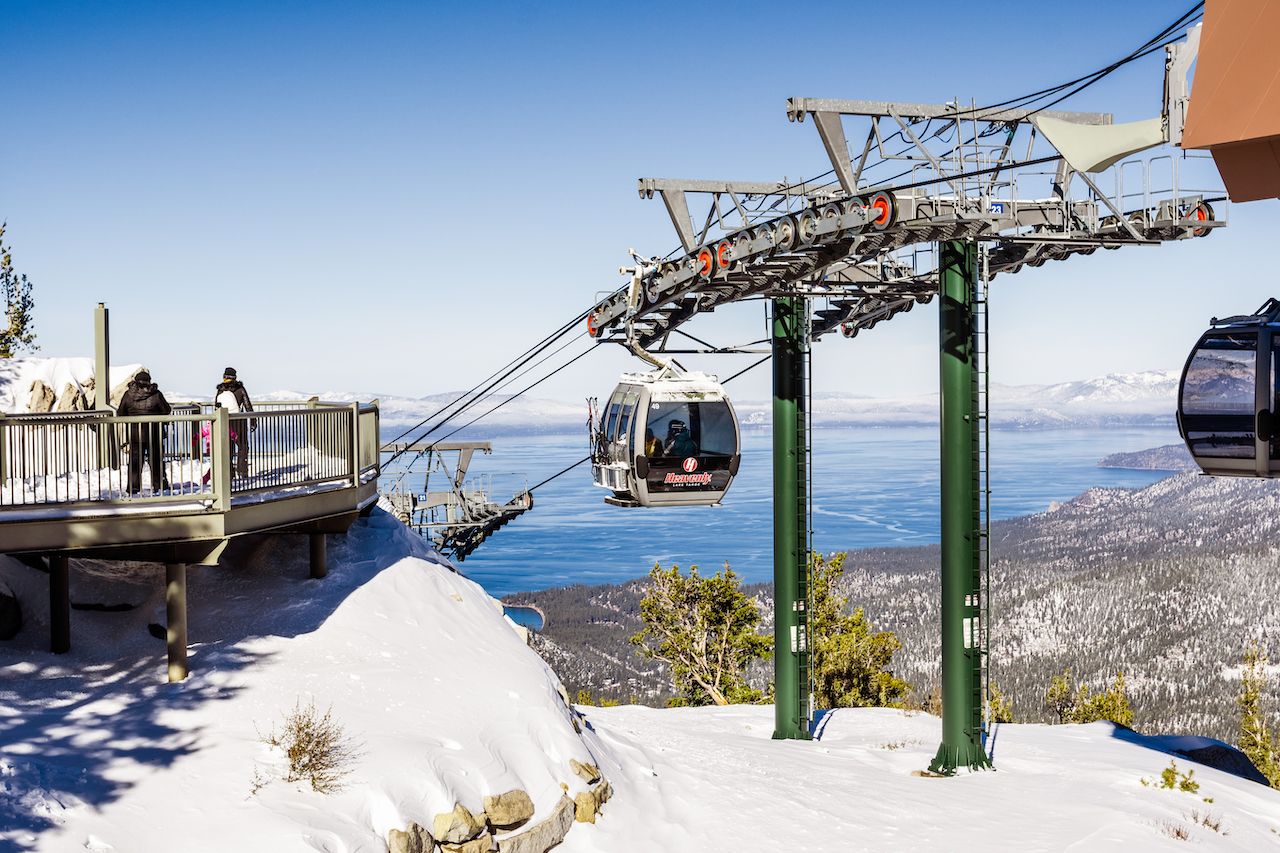 Located right on the state line between California and Nevada, Heavenly is, well, heavenly. Ninety-seven runs — nearly equally split between beginner and advanced — on over 4,800 acres of skiable terrain speaks for itself. Not to mention all of the views that come with being up against gorgeous Lake Tahoe. Plus, it has the best access to dispensaries among the six Lake Tahoe ski resorts (both sides of the state line allow recreational cannabis, just as Heavenly spans both states). And while there’s plenty of winter activities in North Lake Tahoe, head south for a better cannabis access.

Cannabis in Heavenly, Lake Tahoe: Find three dispensaries along Lake Tahoe Boulevard right down the road from the lifts: Tahoe Wellness Center (a locally owned spot open since 2009), Tahoe Green (another locally owned dispensary with a wide selection from edibles to flower to concentrates), and Embarc. 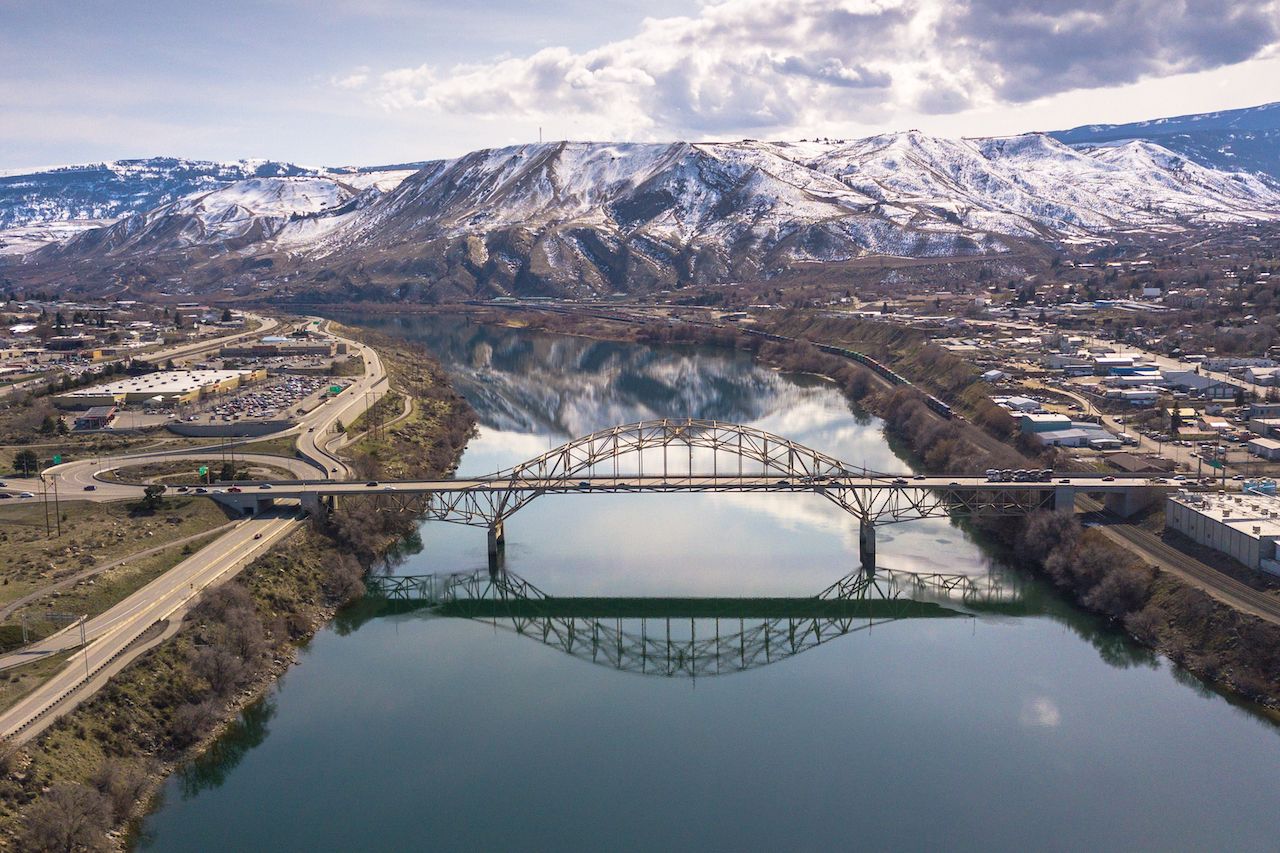 Stay in Wenatchee by the Cascade Mountains for nearby access to Mission Ridge. The resort is 12 miles away from Wenatchee and is known for its advanced runs, sunlight, and light, powdery snow that covers 36 runs and accessible backcountry skiing. If you’re looking for another resort on a longer stay, Wenatchee isn’t all that far from Steven’s Pass, either, where you’ll find 56 runs (including night skiing), bowls, and glades that mostly trend toward the intermediate and advanced levels. Not into the slopes? Check to see if the local hockey team, the Wenatchee Wild, are playing while you’re there.

Cannabis in Wenatchee: This small town of 34,000 people is home to more than a half-dozen dispensaries. Most are located on North Wenatchee Avenue, including The Back Porch, The Happy Crop, Craft Cannabis, and Cannabis Provisions. Other options are on the other side of the Columbia River, as well as a few on the road that leads to Steven’s Pass. 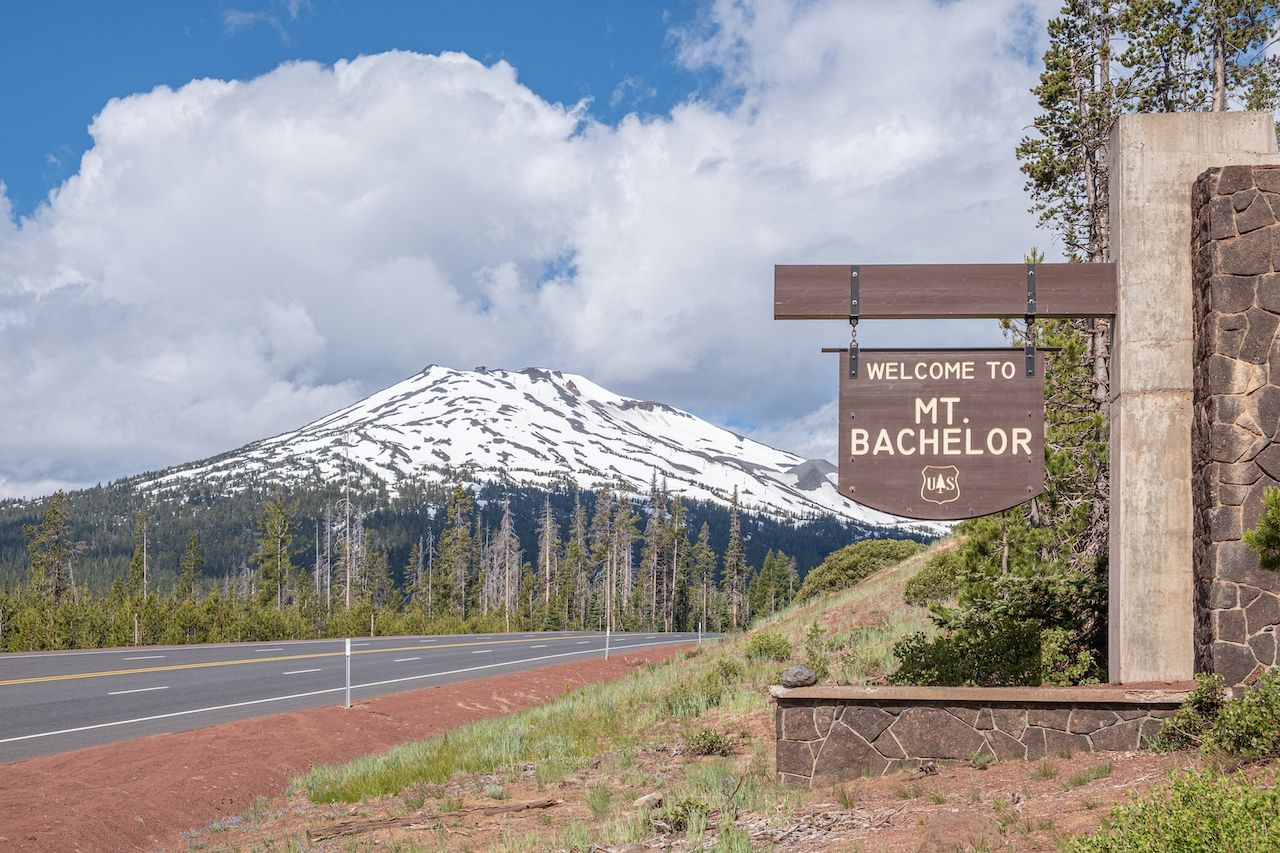 Bend may be more known for its breweries than its cannabis — and rightly so, considering it has one of the highest breweries per capita in the country. That reputation is rivaled only by its outdoor cred, and in ski season that means Mt. Bachelor, located about 20 miles away. There’s plenty of space to spread out, as it’s the sixth largest six resort in the country with 4,300 acres of terrain, runs up to four miles long, and 101 total runs (not to mention backcountry and sidecountry options). This spot on the Cascade Mountain range centers around a 9,000-feet-high volcano that averages more than 460 inches of snow per year.

Cannabis in Bend: While you’re out of luck if you’re looking for cannabis right next to Mt. Bachelor, there’s no lack of dispensaries in Bend itself. Walk just about anywhere in town, particularly along Bend Parkway and 3rd Street, and you’ll find a range of dispensaries offering every type of cannabis under the sun. 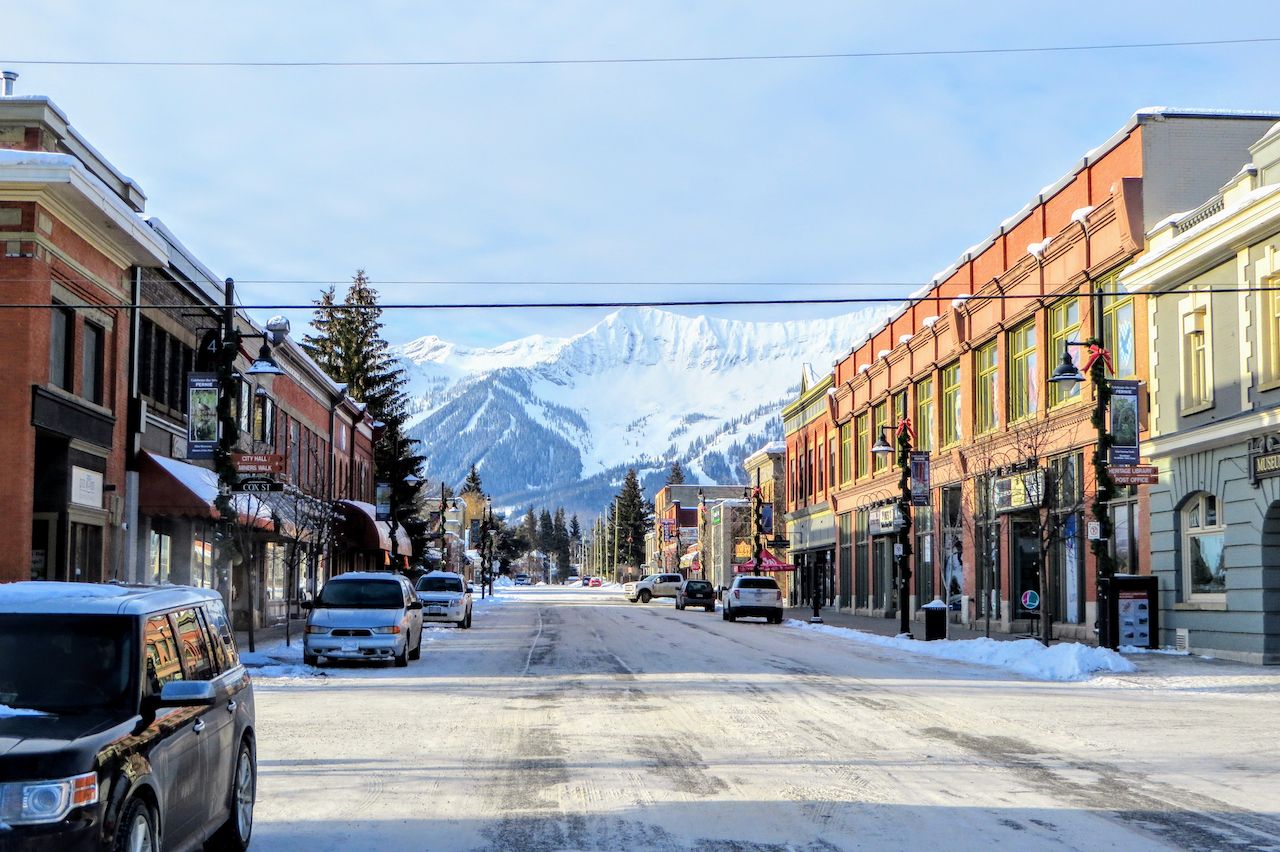 What Fernie lacks in easy accessibility, it makes up for in quality skiing. The Fernie Alpine Resort. More than 140 runs spread across 2,500-plus acres of skiable terrain are complimented by five alpine bowls. It’s beginner and expert friendly, so you’ll have somewhere to go no matter your level (including the biggest vertical in the Rockies). And the nearby town of Fernie is the perfect home base filled with hockey (there’s a full-sized outdoor NHL rink), history, and, of course, cannabis.