Travelers who love reading can do better than carry a novel in their suitcase and pull it out at the beach or on the train to satisfy their literary cravings. Instead, they can plan trips according to their taste in literature and visit the sites of their favorite stories or drink in pubs where their go-to authors once conceived their fictional worlds. Whether it’s having a pint in Oxford, with the ghosts of J.R.R. Tolkien and C.S. Lewis, or daydreaming about Dostoevsky’s masterpieces on the streets of St. Petersburg, some cities are just made for literary buffs to visit. Here are a few of the best cities in the world for book lovers. 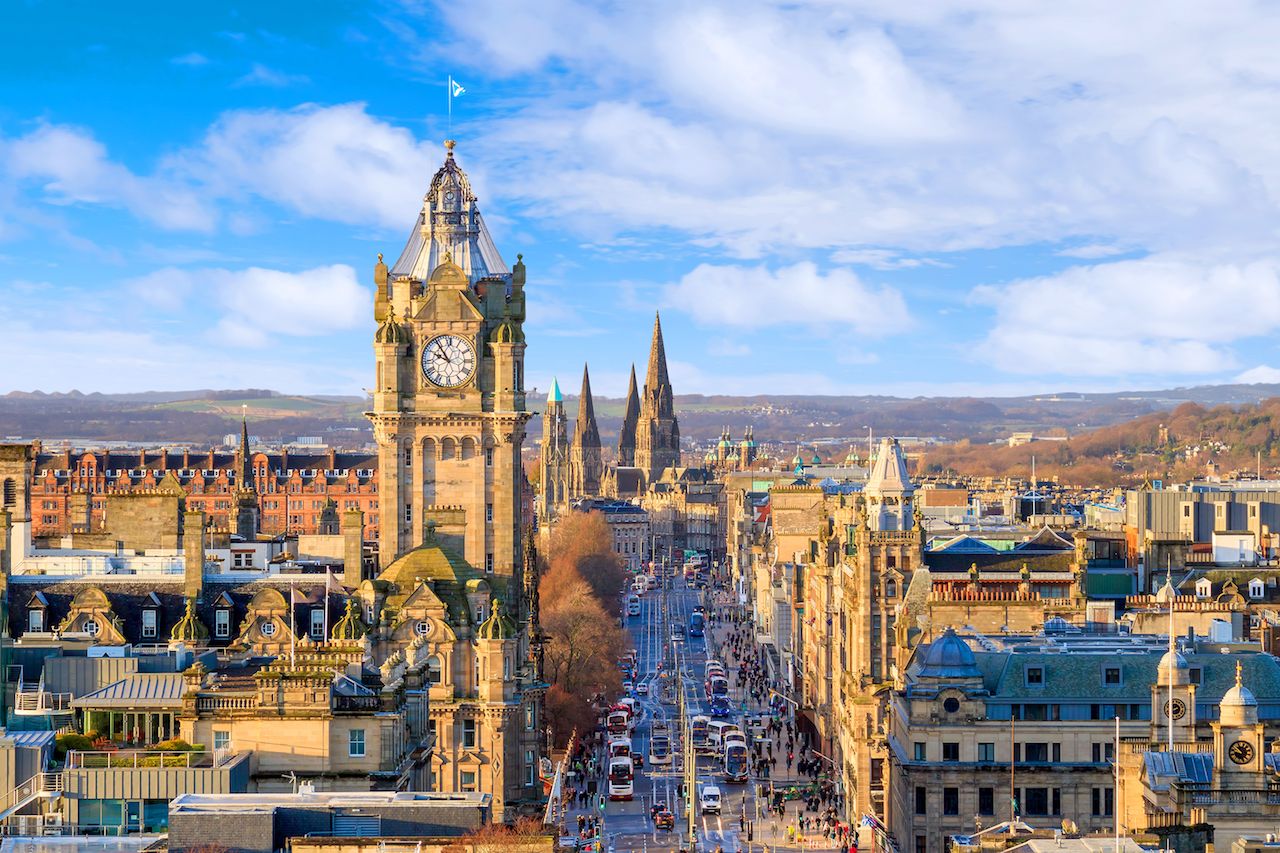 Edinburgh was the first city designated as a UNESCO City of Literature in 2004 and was home to some of Scotland’s most famous writers, including Sir Arthur Conan Doyle, creator of Sherlock Holmes, and Sir Walter Scott, author of Ivanhoe and more. The Scott Monument, located right on busy Princes street, is one of Edinburgh’s most recognizable landmarks, second only to Edinburgh Castle. Even if you’ve never read Scott, you’ve probably heard of the most famous author associated with Edinburgh: J.K. Rowling. Harry Potter fans will want to make their first stop at The Elephant House, which advertises itself as “the birthplace of Harry Potter” in its window front and whose bathroom is entirely covered in Harry Potter graffiti.

For a comprehensive view of Edinburgh’s literary history, you can visit the Writer’s Museum or take a guided walking tour of all the sites associated with the city’s literary legends. You’ll visit cafes, pubs, and other locations that inspired writers from Scott and Stevenson to J.M. Barrie, Ian Rankin, and Alexander McCall Smith.

And if you happen to be in Edinburgh in August, you can even catch the Edinburgh International Book Festival August 10-26. It’s billed as the “largest public celebration of the written word in the world,” bringing around 1000 writers and thinkers from around the world. 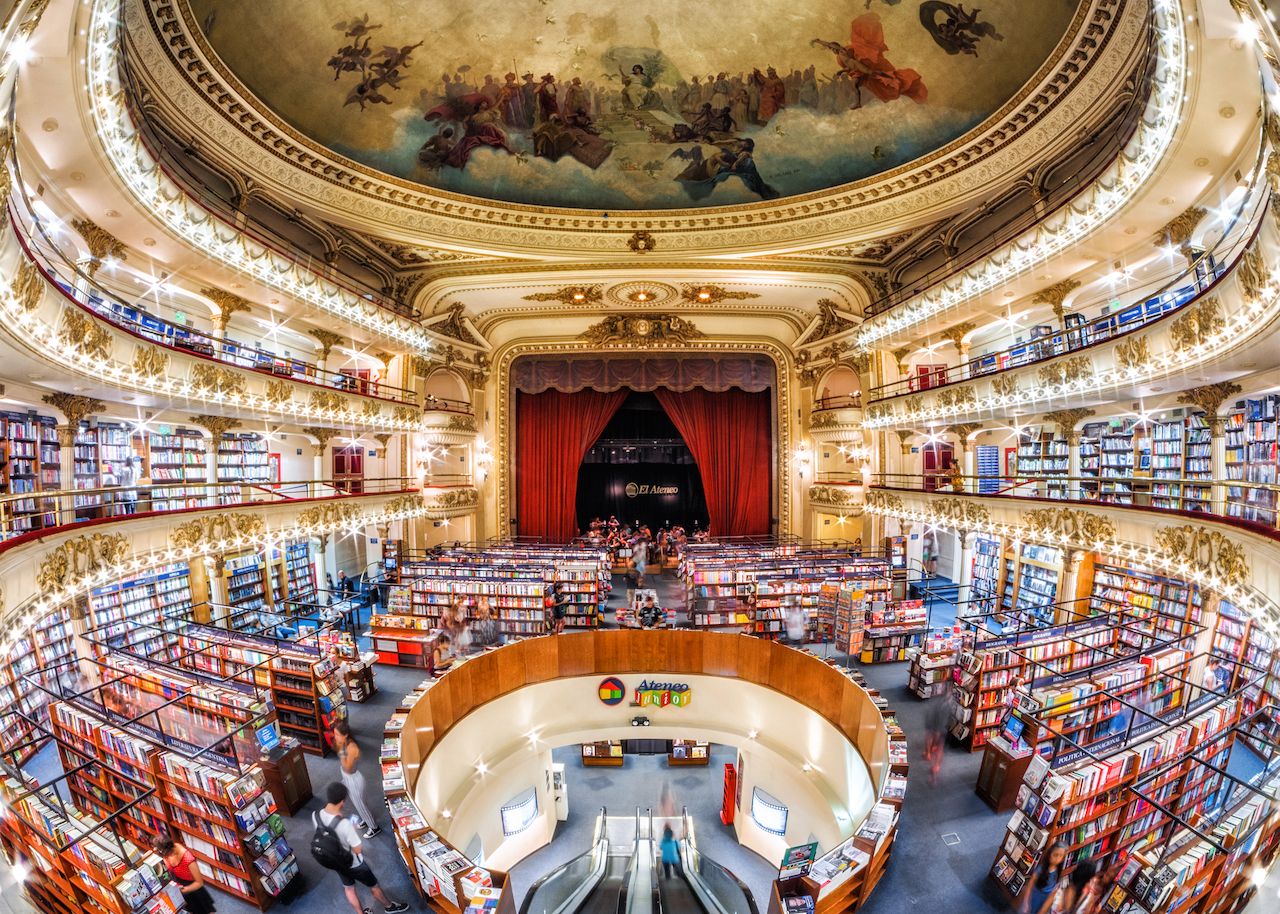 With the advent of e-readers, physical bookstores have been slowly and sadly slipping into oblivion. In Buenos Aires, however, the tradition of reading paper books is alive and well. The city has approximately 23 bookshops for every 100,000 inhabitants, the third highest ratio in the world behind Melbourne and Lisbon. A bookstore tour of Buenos Aires is a must for literary aficionados, especially El Ateneo Grand Splendid, which is considered to be the most beautiful in the world. Spanning 22,000 square feet, with frescoed ceilings, red stage curtains, and audience boxes, it initially served as a center for tango when it was built in 1919 before its conversion into a bookstore in 2000.

The city is also well known as the home of internationally renowned writers like Jorge Luis Borges, Julio Cortazar, Roberto Arlt, and Adolfo Bioy Casares. Their tradition is kept alive by the annual Buenos Aires Book Fair, which lasts a whopping 20 days and is full of readings, workshops, book presentations, and conferences. This year, the fair begins on April 25 and ends on May 13. 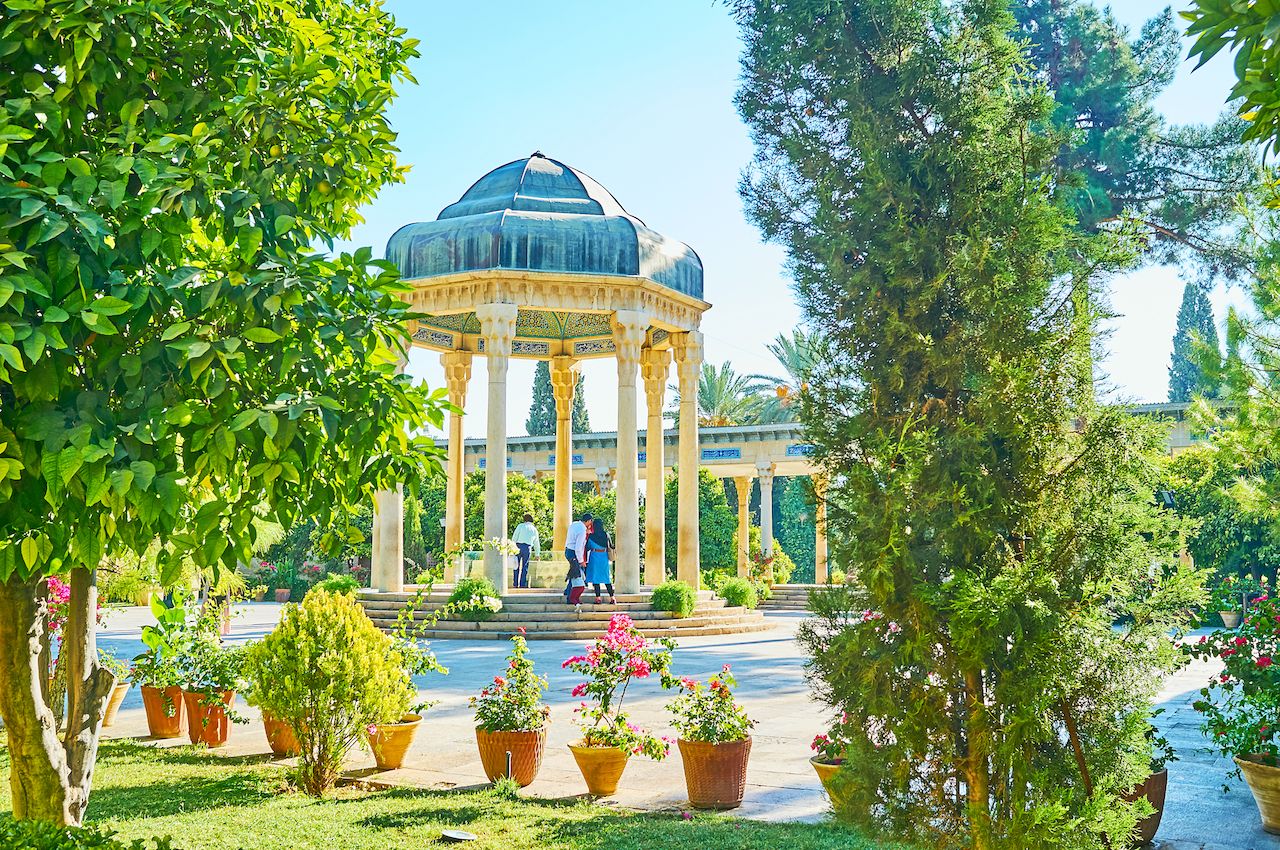 Iran isn’t typically considered one of the world’s literary capitals, but that’s likely due to the Western bias in our canon. The truth is, Iran’s literary tradition stretches back thousands of years. Persian poets hold an important place in the history and culture of Iran, particularly Abolqasem Ferdowsi, Khwaju Kermani, Saadi, and Hafez. The tombs of Hafez, Saadi, and Khwaju Kermani reside in Shiraz, and these tombs — particularly the Tomb of Hafez — are incredibly popular sites. Hafez’s tomb sits in the middle of a garden and attracts widespread attention from both locals and tourists coming to pay their respects.

Citing its status as a “city of poets,” Shiraz was nominated by the UN back in 2006 to be the year’s “second city of literature” behind Edinburgh. 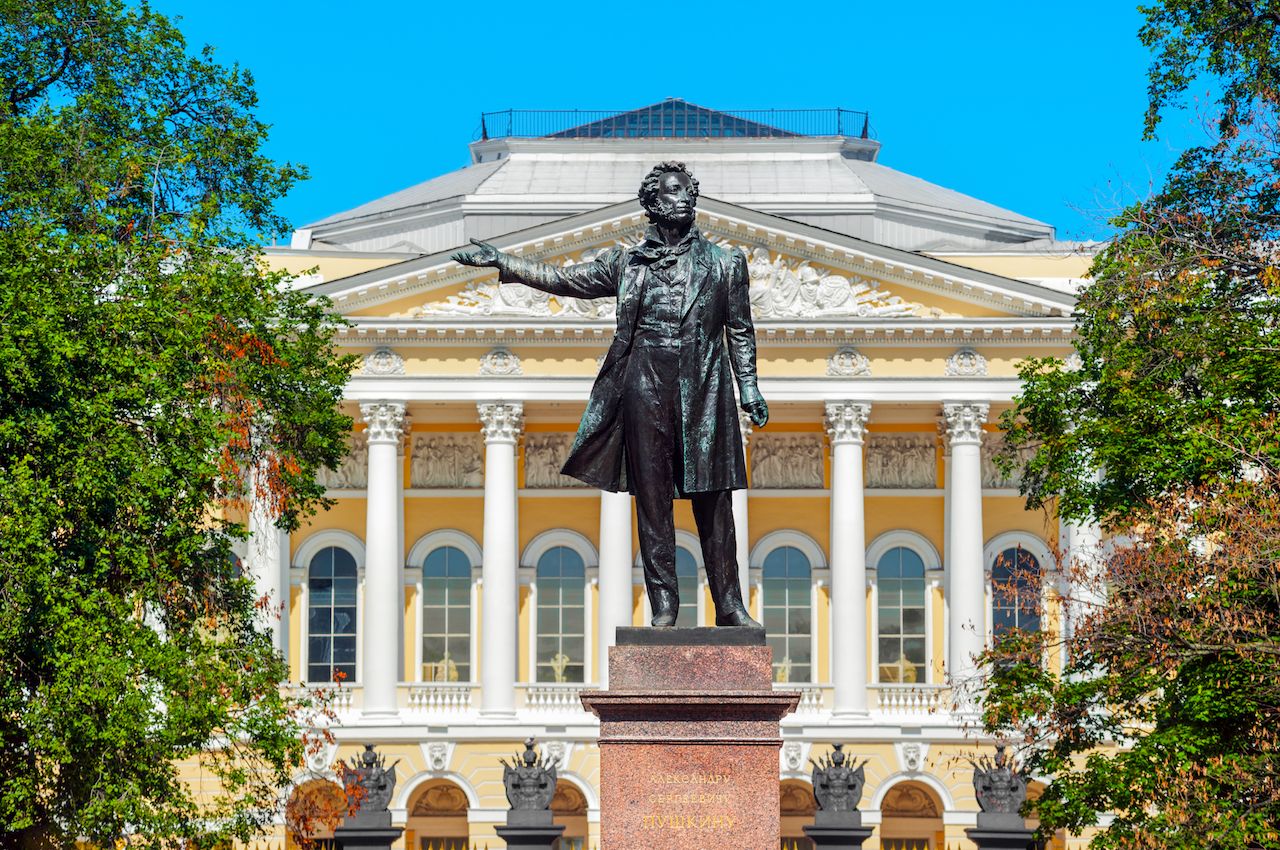 Any fan of Russian literature is familiar with St. Petersburg, even if you’ve never been there yourself. It’s where Raskolnikov grapples with morality in Crime and Punishment, where an officer’s nose famously leaves his face in Gogol’s surrealist The Nose, and where Vronsky and Anna Karenina navigate their taboo affair. From Dostoevsky to Nabokov, St. Petersburg has been home not only to some of the greatest stories in the world but also the greatest authors.

Given the city’s rich literary history, there are several tours available that revolve around its fictional associations. One tour centers on Dostoevsky, stopping at key locations where he lived and worked, before diving into the real-world backdrops for his fictional stories. There’s even a “Dostoevsky Zone” — a collection of areas near Sennaya Square associated with his work. Other tours explore the worlds of Pushkin, Gogol, Brodsky, and others, taking visitors on a journey through the aesthetic inspiration for their work. The Pushkin Museum will be of particular interest to any Russian literature buff as this is where the famous author lived until he was killed in a duel. 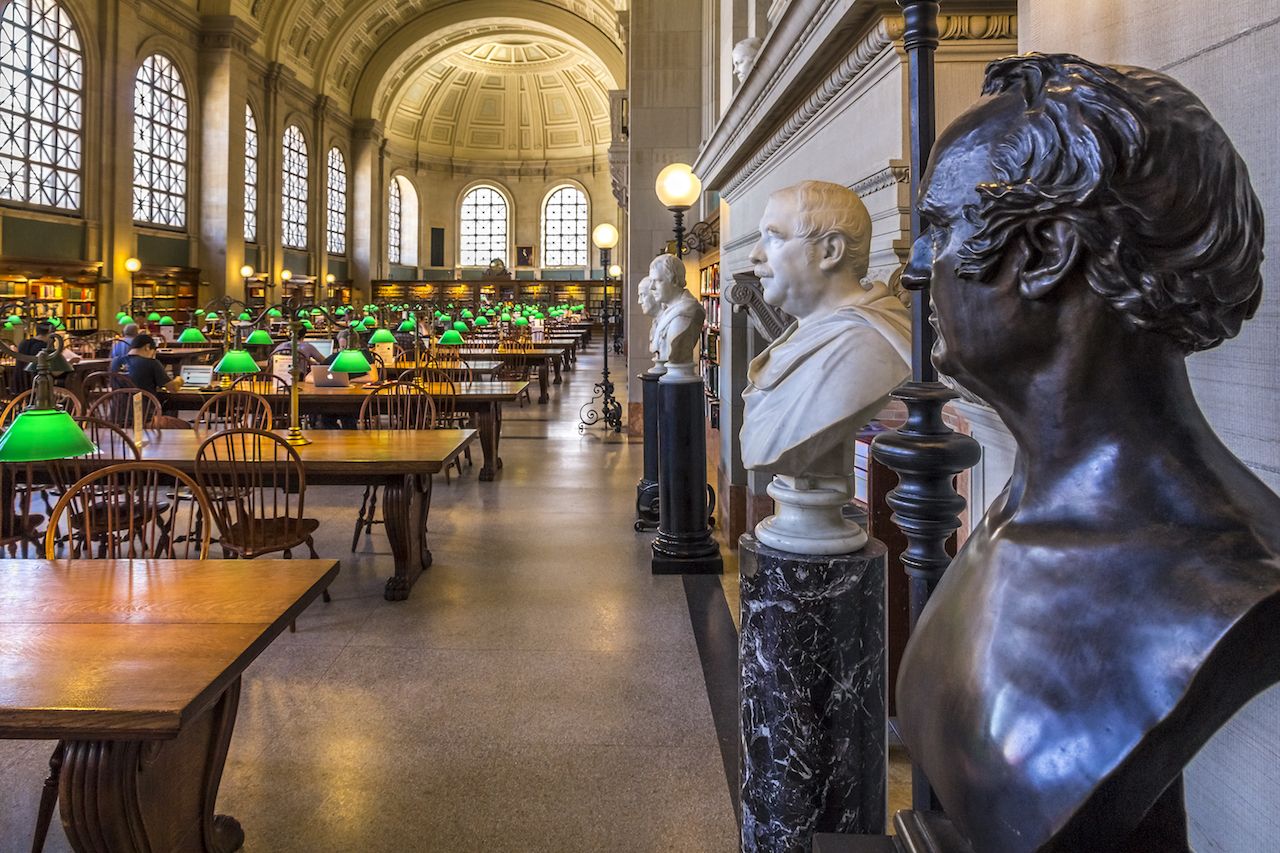 Since the inception of the United States, Boston has been the heart of the country’s literary and cultural scene. Classic American authors were known to gather in Boston bookshops to write and discuss their work. Nathaniel Hawthorne, Oliver Wendell Holmes, Henry Wadsworth Longfellow, and Ralph Waldo Emerson are particularly famous for their association with the Old Corner Bookstore, one of Boston’s oldest brick structures and a former publisher of some of the 19th century’s most famous authors.

The city is also known as the home of the Boston Athenaeum. Built in 1807, it’s one of the oldest and largest independent libraries in the country. The Boston Public Library is also notable as one of the first free libraries in the US. Literary buffs converge on the city every fall for the Boston Book Festival, which hosts bestselling authors and a range of readings and workshops. This year’s festival takes place October 19-20. 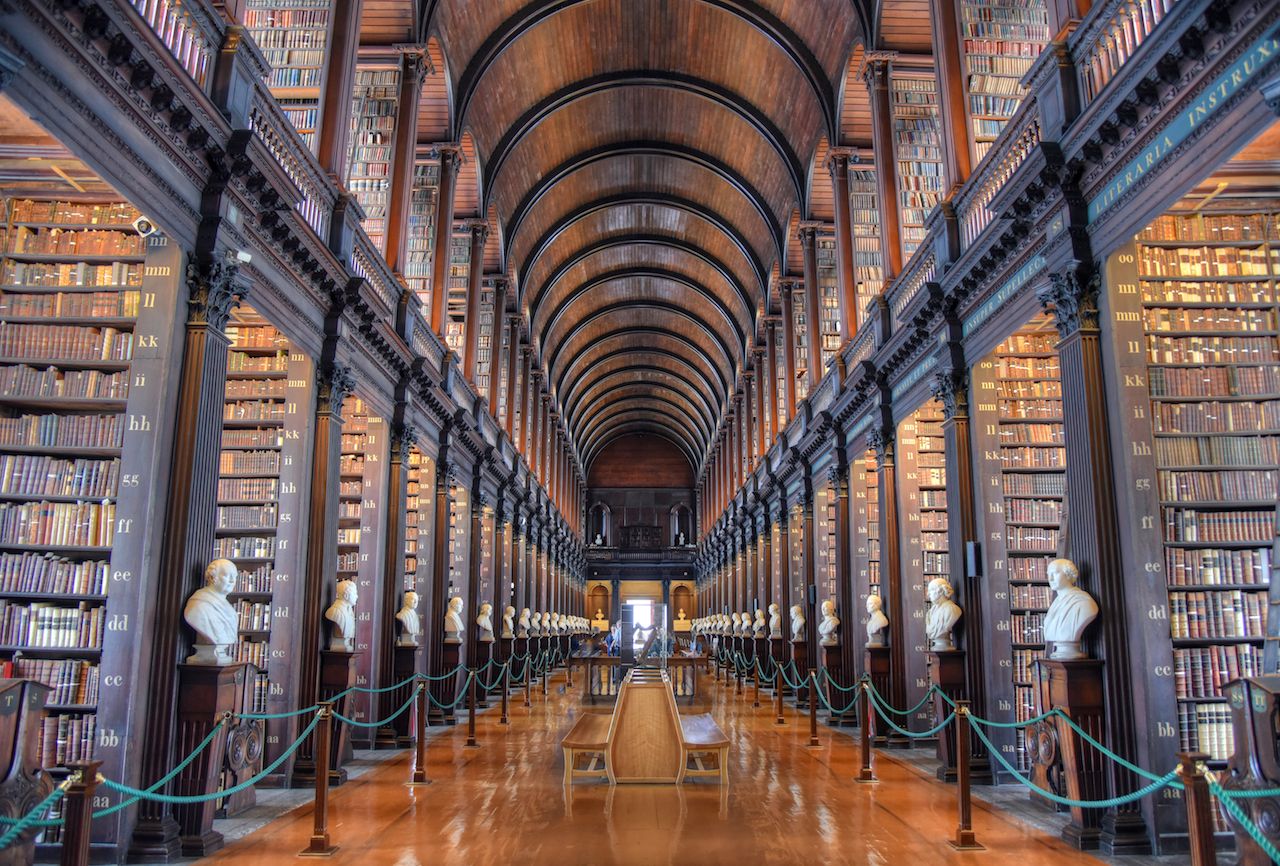 It’s no surprise that one of Dublin’s most iconic sites is a library. Apart from being visually stunning, the Trinity College Library is home to some of the world’s most ancient and valuable literary works — most famously the illuminated Book of Kells medieval manuscript. In the city’s streets, there are many homages to Dublin’s literary legends in the form of plaques, busts, and monuments. There is also a Writers Museum in Parnell Square dedicated to Dublin’s rich literary history, with a huge collection of works from writers like Oscar Wilde, James Joyce, Brendan Behan, and W.B. Yeats. There’s also a Dublin Literary Pub Crawl, for those who prefer to mix their literary history with a little Irish whiskey.

The author most closely associated with Dublin is, of course, James Joyce, and there are several tours available that allow you to see the city through the eyes of Joyce’s characters. The most popular tour is probably the walking tour inspired by Joyce’s Ulysees, starting at The Palace Bar and ending at Sweny’s Pharmacy. 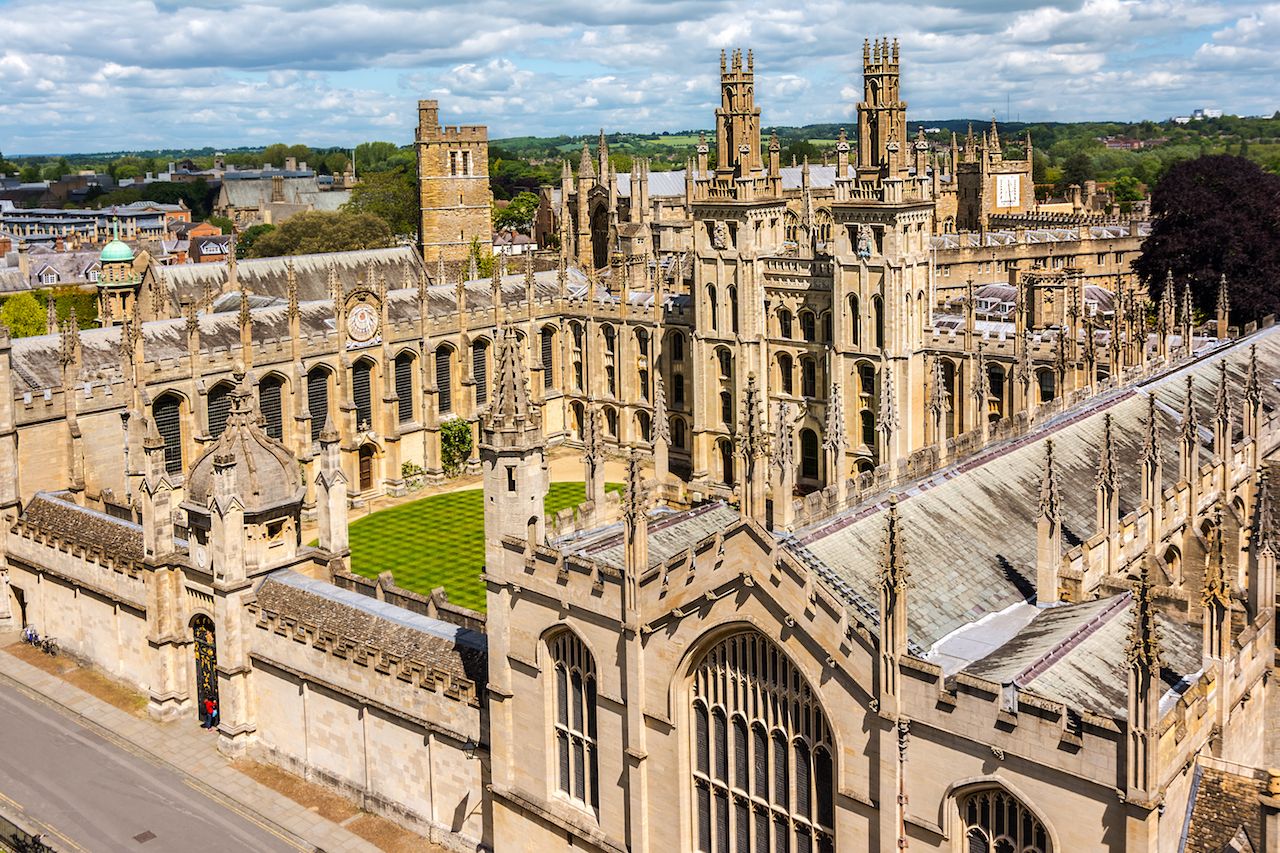 If libraries are a vital organ of any true literary city, then Oxford has more beating hearts than most any other. With over 100 libraries across the small city, there is quite literally nothing you can’t learn in an Oxford library. The Bodleian Library alone houses over 12 million books and receives around 1,000 new volumes each day. From contemporary buildings to 12th-century churches, libraries come in all forms in Oxford.

Given the abundance of books in the city, it’s no surprise that Oxford produced some of the world’s greatest writers. Lord of the Rings author J.R.R. Tolkien was a student at Oxford’s Exeter College and later returned to live and work in the city for the majority of his life. C.S. Lewis, his close friend and author of The Chronicles of Narnia, had been an alumni of University College, Oscar Wilde was a student at Magdalen College, and Lewis Carroll — author of Alice in Wonderland — taught mathematics at Christ Church College.

The list of famous authors, intellectuals, and politicians produced by Oxford is incredibly long, but the Inklings stand out from the rest. The Inklings were an informal literary group formed in the 1930s, composed of Oxford-based authors who would meet frequently at the Eagle and Child Pub to discuss their work. Tolkien and Lewis were its most famous members, but it also included Owen Barfield, Hugo Dyson, Robert Harvard, Lord David Cecil, and Charles Williams. There’s even a picture of the whole crew hanging on the wall, so it’s pretty easy to imagine yourself sharing a pint with legends.

Books7 Destinations That Were Forever Changed by Famous Books
Tagged
Books Insider Guides
What did you think of this story?
Meh
Good
Awesome