In a city hyped for its cuisine and its craft beer, the real down-low is Vancouver’s coffee. Firmly into the third wave, Vancouver roasts, pours, and pulls as well as the top coffee cities in the world. And even still, Vancouver’s already mature coffee culture is growing better by the moment.

If you’re just starting to learn about the intricacies of coffee and are moving slowly away from milk drinks and burnt dark roasts, Vancouver is a super place to learn more. If you’re an insufferable coffee snob, there’s no need to be ashamed around here.

While some Vancouverites tend toward the taciturn, it’s possible to strike up a good conversation with a barista or a fellow enthusiast while you sip. One of the easiest places to meet people who share a coffee passion is at the annual Hopwired Festival, which blends the best of two compatible worlds: beer and coffee. Hopwired showcases both small-batch roasters in British Columbia plus the BC brewers who use bespoke beans in their beer.

If you can’t make it to the festival, you can do worse than going to any one of the following places.

The best coffee shops in Vancouver 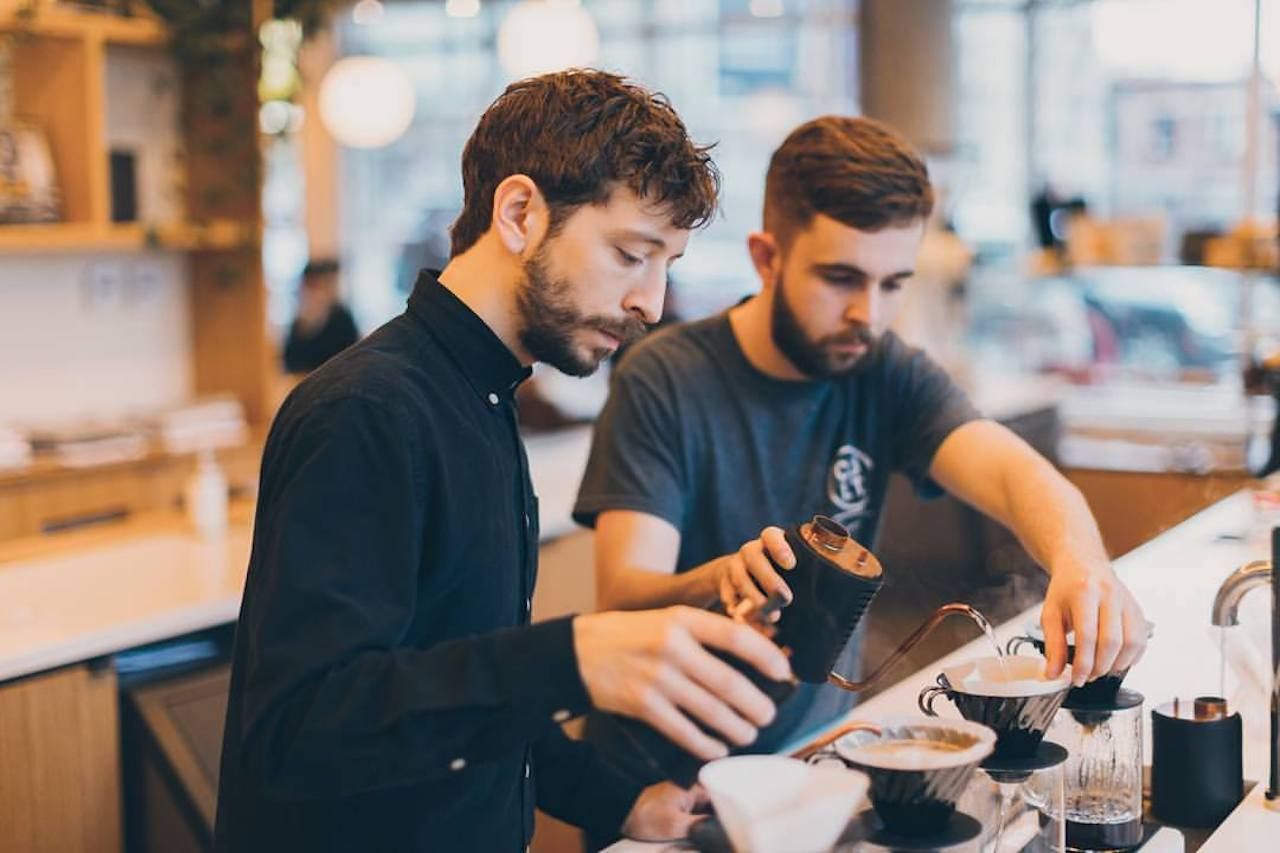 Revolver: Known around the world for carrying an elite selection of boutique beans, Revolver deserves a lot of credit for putting Vancouver on the third wave coffee map. When you walk in, the space feels tight, but there’s a sizable second room where you can sip. All the prep methods, including espresso, are fantastic, but the real beauty here is the array of bagged beans from roasters in places like Sweden and South Korea.

Nemesis: Pulling one of the better shots in town, Nemesis offers a minimalist aesthetic in an airy open space that’s great for working or catching up with friends. As with Revolver, beans come from all over the world.

Aubade: You’d think Vancouver invented cool when you pop into Aubade, which is little more than a kitchen counter plopped inside a cluttered antique store in the heart of Chinatown. Browsing bric-a-brac while the barista brews is part of the charm at this one-man operation. As if all that isn’t enough, the preferred brewing method here is the Aeropress. It’s close to Matchstick Roasters, so you can caffeinate your way through Chinatown.

The best coffee roasters in Vancouver 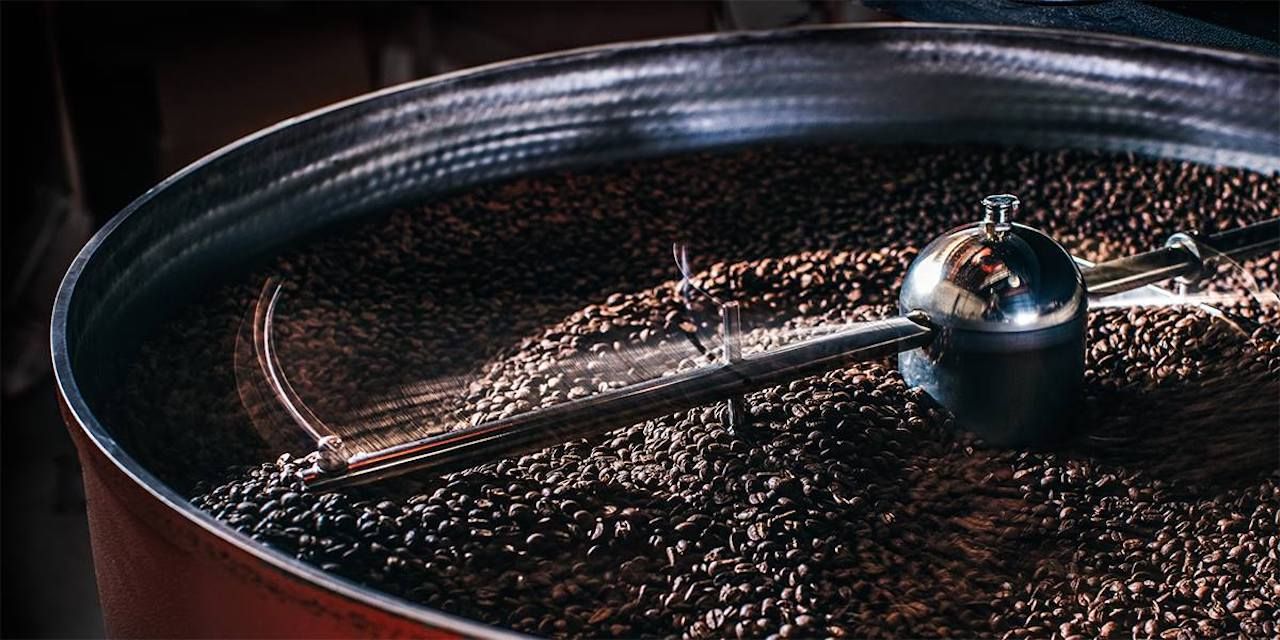 Coffee lovers visiting Vancouver have to check out at least one of the city’s micro-roasters. Roaster outlets are as accessible to noobs as they are to nerds, so take a shot at one of these.

Rocanini: Rocanini sets itself apart by offering beans from countries you don’t normally see represented on shelves — like Yemen, Rwanda, and Burundi. The only real drawback with Rocanini is that the beans tend to cost more than all competitors in Vancouver, but that won’t stop enthusiasts from buying a bag or stopping in for an espresso shot. If you have the time, visit the flagship cafe and roaster out in the cute fishing village of Steveston.

Elysian: Despite having expanded to several locations around Vancouver, Elysian has not even come close to losing its character and penchant for near-perfect roasting. Locals love the ever-changing selection of single-origin beans. Locations tend to be conveniently located all about town, including in Kits, Downtown, Cambie & Broadway, and Mount Pleasant.

Matchstick: The coffee here is on par with the other local roasters in Vancouver, but it also happens to bake a dark sourdough that’s one of the best loaves of bread in the city. Plus, Matchstick has craft beer on tap. The flagship Matchstick is in Chinatown, but Fraser Street, Yaletown, and Riley Park are also blessed with outposts. Beer, bread, and beans: Matchstick has it all.

Modus: In a part of town that can feel aloof, you’ll breathe a sigh of relief when you step into this comfy shop located on Broadway just a few blocks west of Main Street. Modus is charming with only a few places to sit, but the beans are meticulously roasted each Monday to bring out the finest features in each variety.

Moving Coffee: If you want to soar straight to heaven, saunter on down to Moving Coffee. This is the quintessential new-gen nano-roaster. Forget about the laptop or even moving in this teensy tiny place that shares space with an equally wee bakery in Mount Pleasant. Moving has managed to stay cool under the radar, but people who live or work in the area know about it well enough. There is nary a place to sit here, but coffee geeks will love it for the genuine enthusiasm for coffee the owner/roaster/bean-grader/barista will share when you start talking shop.

The best bars and nightlife in Vancouver right now
Tagged
Coffee + Tea
What did you think of this story?
Meh
Good
Awesome

The Best Coffee Cities in the World, According To a World Barista Championship Winner