When it comes to movies that show the beauty of Asia, we’re spoiled for choice — yet only a few original language creations make it through to mainstream status here in the United Status. Some Hollywood productions show off the sights, but most end up just feeling like extended travel ads: pretty, but inauthentic. There’s a lot more to discover beyond Hollywood’s depiction of Asia. From steamy ramen bars and bamboo forests to the streets of Riyadh and the vast Gobi Desert, here are 10 films that show off the true beauty of this enormous continent. 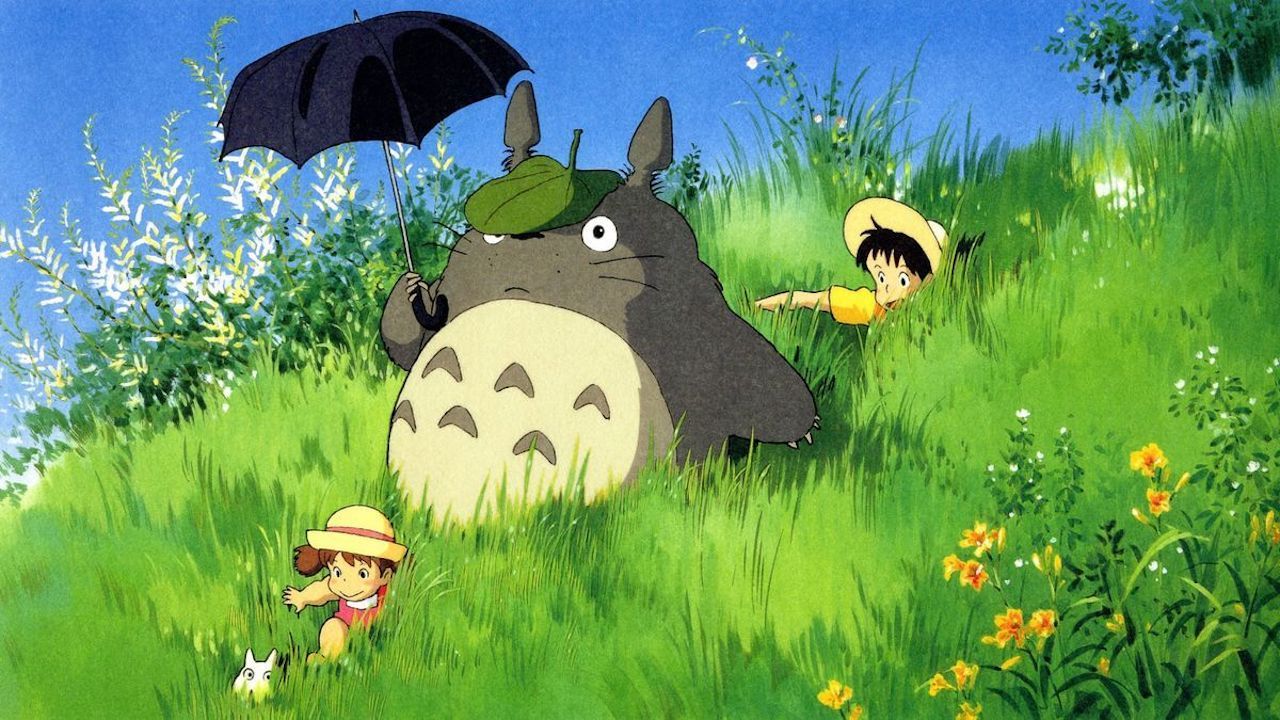 Yes, it’s an animated movie, but Hayao Miyazaki has a way of capturing Japanese landscapes (and food) in a way that makes you want to book a plane ticket immediately. Released in 1988, My Neighbor Totoro fast became Japan’s most beloved family film, and Totoro — the film’s big fluffy star — is as popular in Japan as Mickey is in the US. The story follows two young sisters who move into an old house in the countryside where they meet a forest spirit called Totoro who lives under a tree in their garden. With an abundance of visual beauty, each hand-drawn frame evocatively depicts Japan in the summertime, from rice field harvests and shady woodland shrines to sprawling camphor trees that shimmer in the breeze.

For more stunning animated films that show Japan’s beauty, check out The Tale of Princess Kaguya, which is full of pastel-hued cherry blossom trees, and Princess Mononoke, an environmental epic that feels relevant now more than ever. 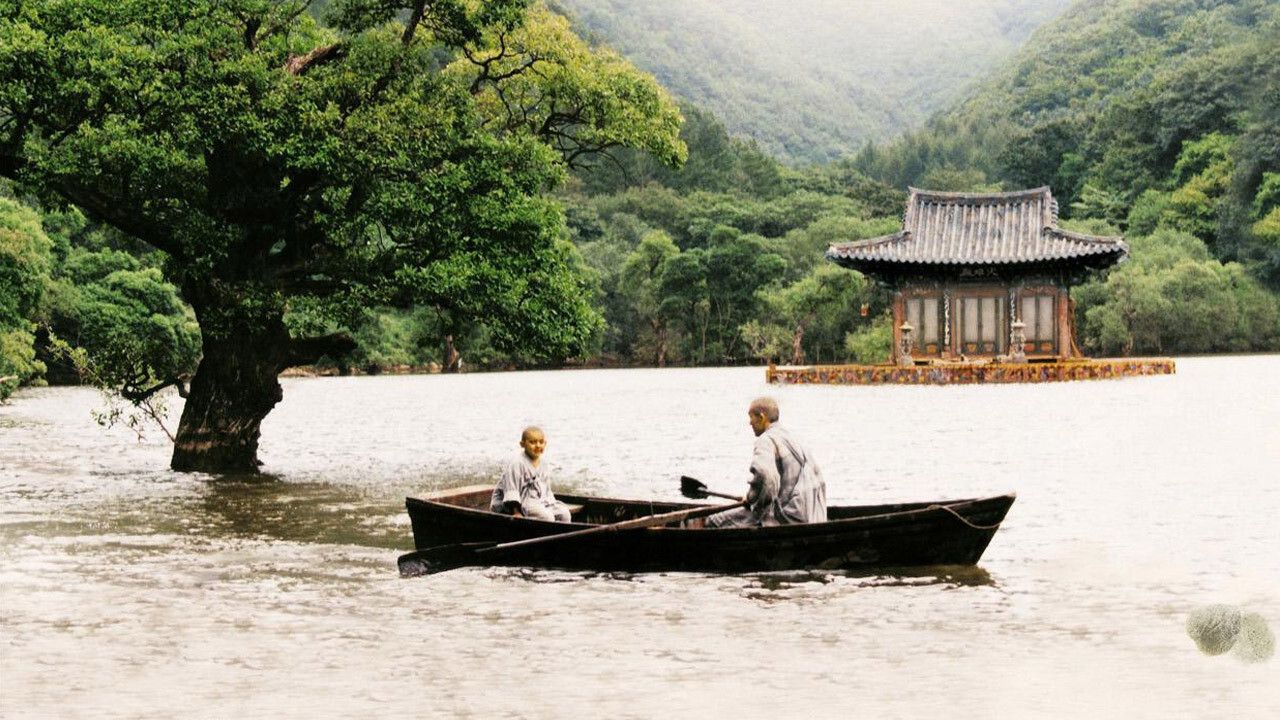 Kim Ki-duk’s film takes place within and around a small house floating on a lake surrounded by steep cliffs of forest and stone. The little hut is occupied by a monk (Oh Young Soo) and a boy (Seo Jae Kyung) who’s learning to follow in his footsteps.

Don’t let the simplicity of the plot fool you into thinking it’ll be dull. It covers the whole spectrum of human experience, from faith and lust to cruelty, love, and redemption. Watch it for some of the most gorgeous imagery committed to film, including a monk hand-carving Chinese pictograms into a wooden floor, and the surrounding forest transforming through the seasons.

The movie was filmed at Jusanji Pond in Cheongsong County, North Gyeongsang Province, which you can visit yourself — although the small wooden house was part of the set and has long since gone. 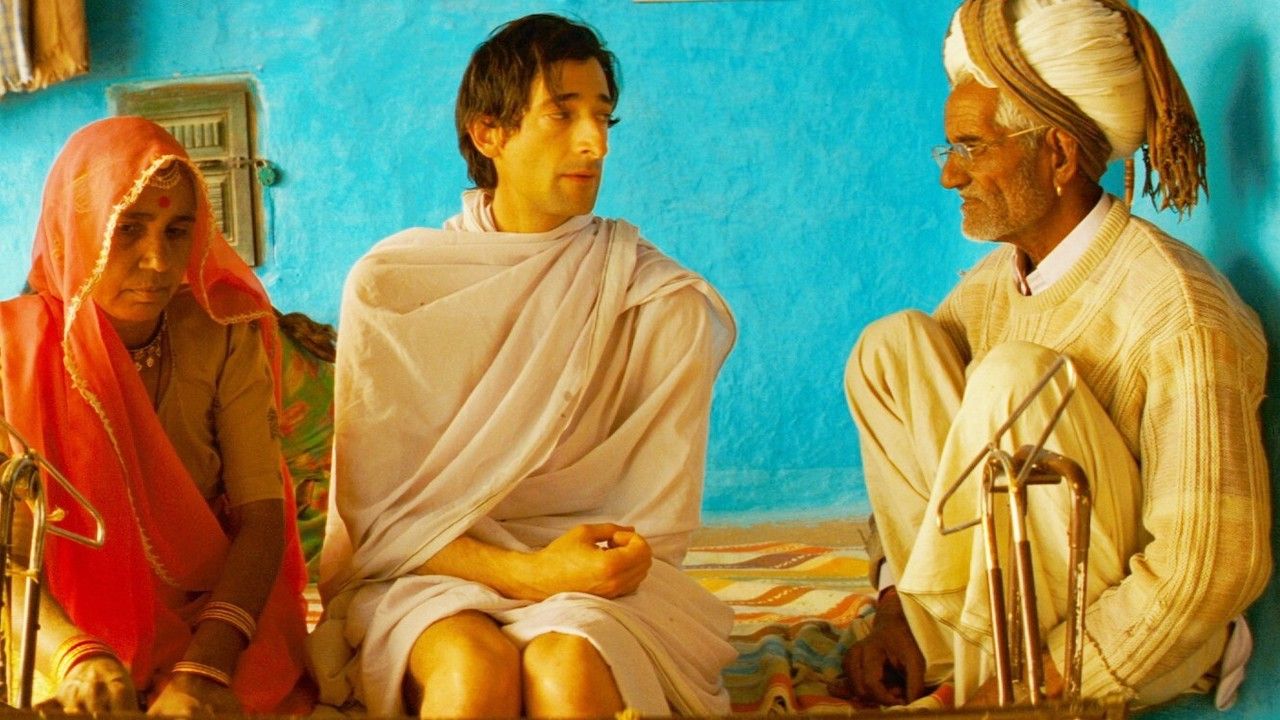 The Darjeeling Limited follows three brothers on a train journey across India in an attempt to reconnect with each other. It has everything you’d expect from a Wes Anderson movie, including a palette of pastel hues, eye-pleasing symmetry and plenty of eccentric characters.

Thankfully, it skirts around exoticism and cliché themes of spiritual enlightenment and instead opts for a more introspective journey for the protagonists. Watch it for the charming shots of old Jodhpur, the faded grandeur of Rajasthan’s imperial architecture, and a dreamy train I wish existed in real life — sadly, it’s a creation of Mr. Anderson’s film team. 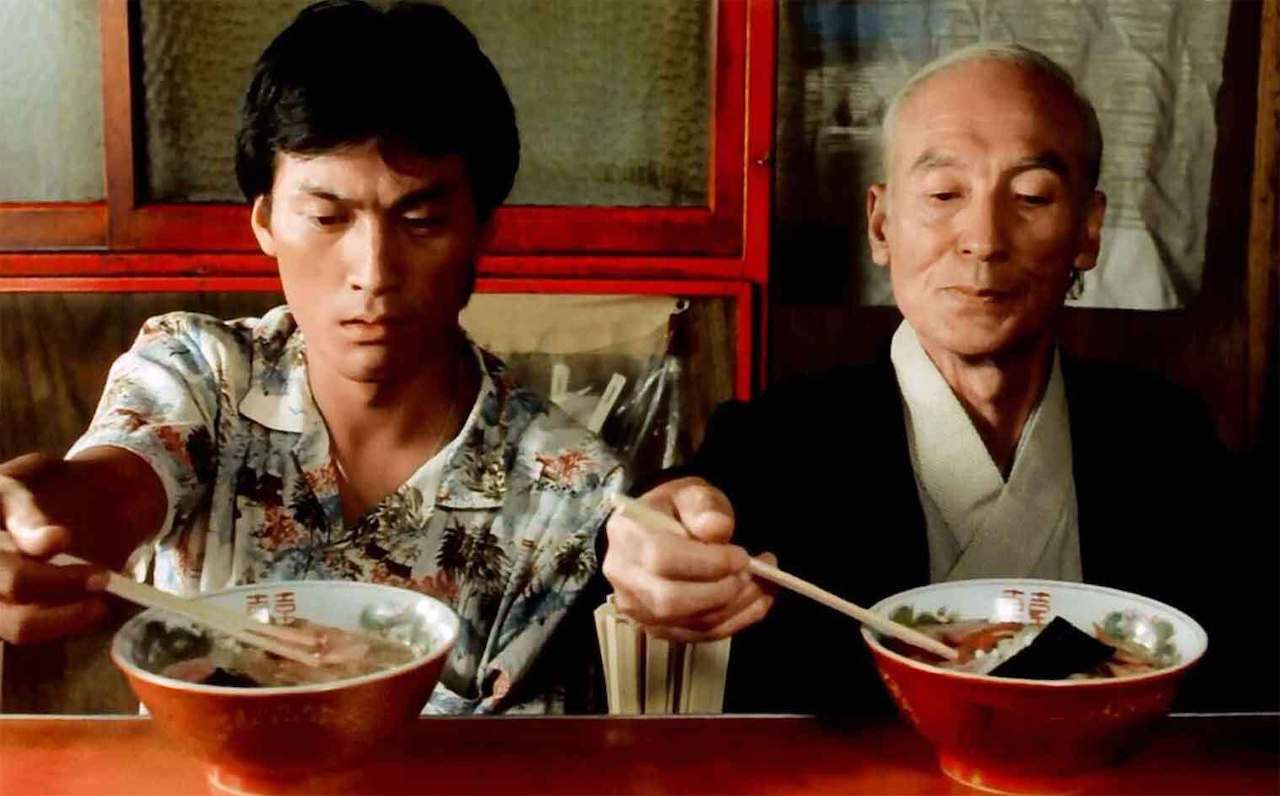 Mount Fuji, cherry blossoms, and bamboo forests are gorgeous, but you know what’s just as good? Ramen. Big bowls of steaming broth filled with noodles and topped with pork, scallions and a sliver of fishcake.

Japan’s popular soupy dish is the muse and star of Tampopo, a comedy about two milk-truck drivers (Tsutomu Yamazaki and Ken Watanabe) who help a restaurant owner (Nobuko Miyamoto) learn “the art of noodle soup-making.” The main story is interspersed with vignettes about food, including a raunchy moment involving a raw egg yolk, and another in which a noodle master explains the correct ritual for eating ramen: how to cook it, address it, think of it, approach it, smell it, eat it, thank it, and remember it. We challenge you to watch this one and not immediately crave a big bowl of noodly goodness yourself. For more India on film, check out Satyajit Ray’s Apu Trilogy, which shows rural life and Calcutta in the 1950s. The trilogy follows Apu from a boy living in his ancestral village to Calcutta as a young man, where he marries and is then devastated by the deaths of his mother and new wife. After drifting, he returns to take up the responsibility of his son.

Considered among the greatest films of all time, the trilogy rightly swept up the top prizes at the Cannes, Venice, and London film festivals. Incidentally, the music used in this trilogy features heavily in Wes Anderson’s The Darjeeling Limited soundtrack. 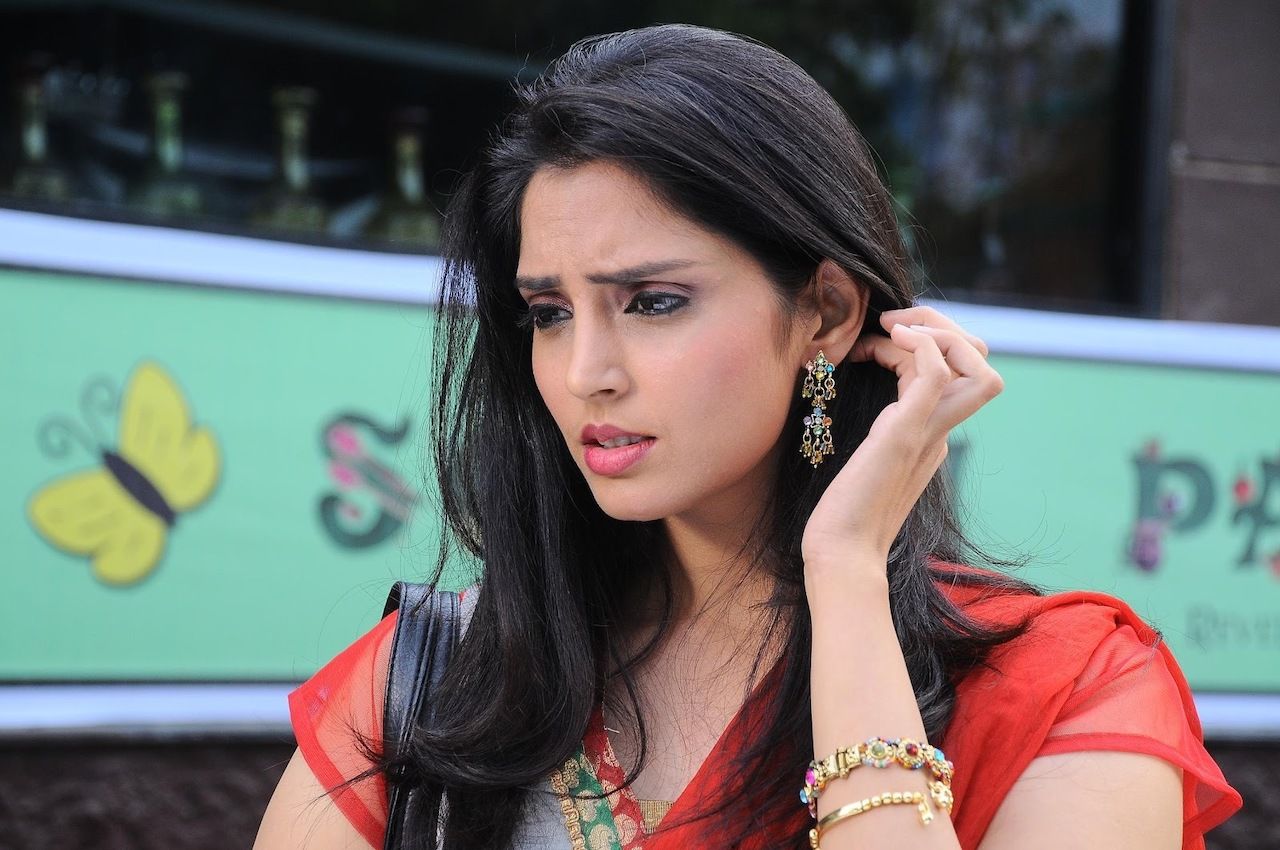 Ron Fricke’s mesmerizing non-narrative documentary film has to be one of the greatest travel films ever made. The director’s camera captures the spectrum of humanity and life on our planet, from Japanese subways and sprawling factories to the Himalayas and the oilfields of Kuwait. There are monks, kabuki dancers, steelworkers, and tribespeople. Scenes of worshippers in Mecca sit alongside images of scavengers atop an enormous Indian rubbish heap, apes bathing in hot springs, and sex workers huddled outside a brothel.

The film shows us that while not everything we encounter is picturesque or joyful, it is sad and beautiful in its own way. As the film critic Roger Ebert said in his 2008 review, “If man sends another Voyager to the distant stars and it can carry only one film on board, that film might be Baraka.” 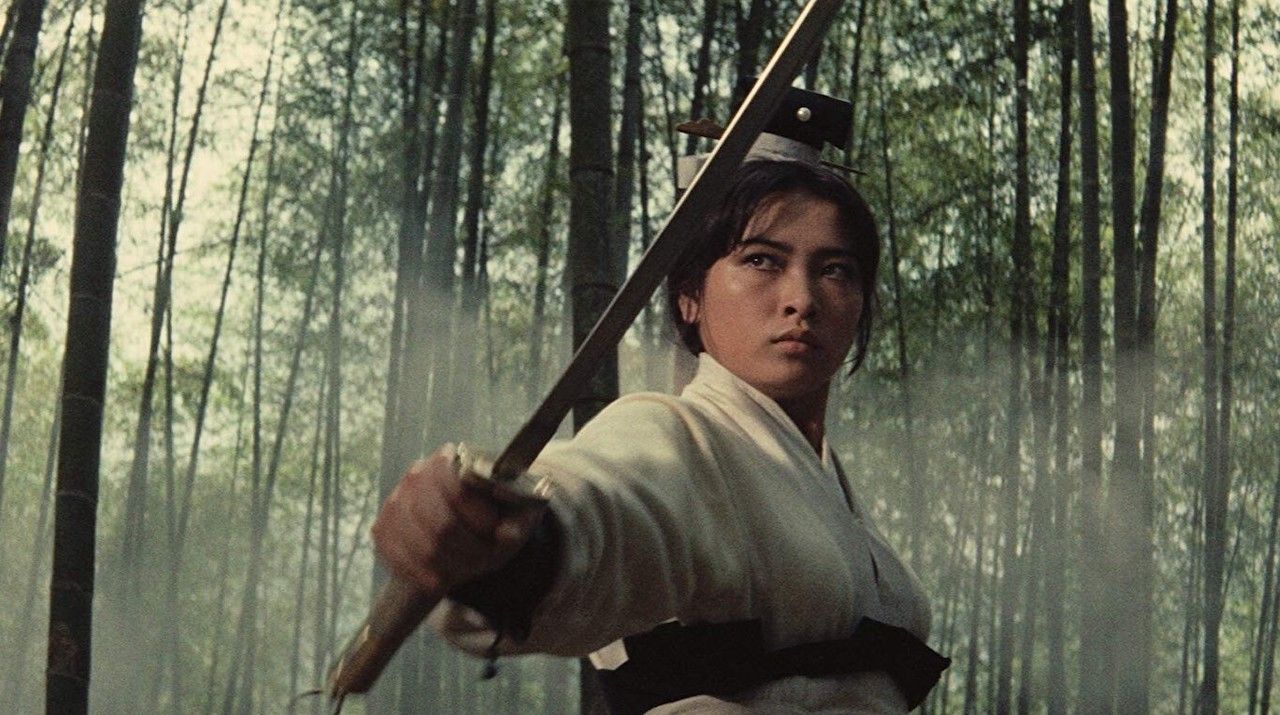 King Hu’s grand-scale wuxia film A Touch of Zen (Xia nu) follows Yang (Hsu Feng), a fugitive princess seeking refuge in a remote, and apparently haunted, village. She and her three companions share a hut with a clumsy artist. All is fine until a swordsman uncovers her identity, pitting the group against scores of blade-wielding opponents. Watch it for the cinematic fighting scenes and epic widescreen shots of the mountains, serene forests, and towering cliffs of Taroko National Park, which makes a stunning backdrop to the protagonist’s spiritual quest. 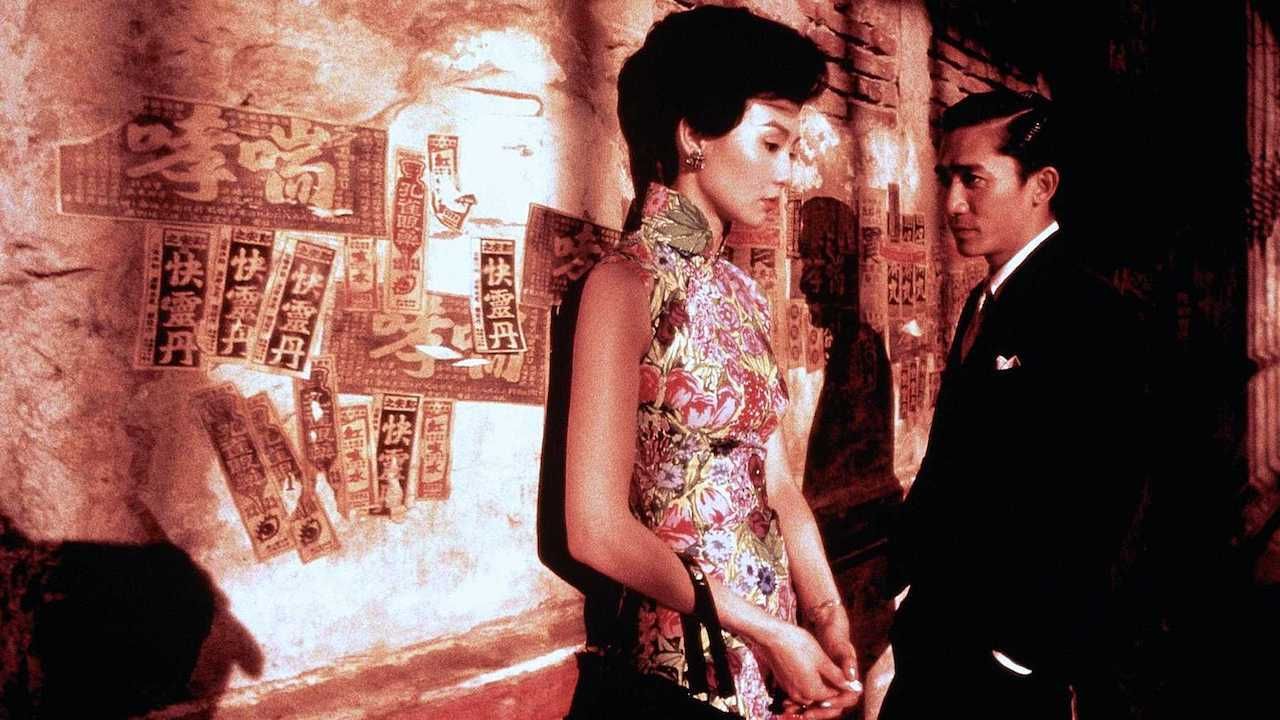 All of Wong Kar-wai’s films are unbelievably seductive, but In The Mood For Love is arguably the most gorgeous. Chow Mo-wan (Tony Leung Chiu-wai) and Su Le-Zhen (Maggie Cheung) move into neighboring rooms in a cramped apartment block. Their fleeting meetings are charged with chemistry yet remain polite and distant — until the mutual discovery of cheating spouses sparks an achingly restrained platonic love affair. The camera picks out elegant details: deep reds and velvety shadows, a lipstick-stained cigarette and steam rising from hot noodles, which blend perfectly with the deep baritone soundtrack of Nat King Cole’s voice. Watch it for the silk cheongsam dresses, a beautiful on-screen couple and snippets of life in British Hong Kong in the ‘60s. 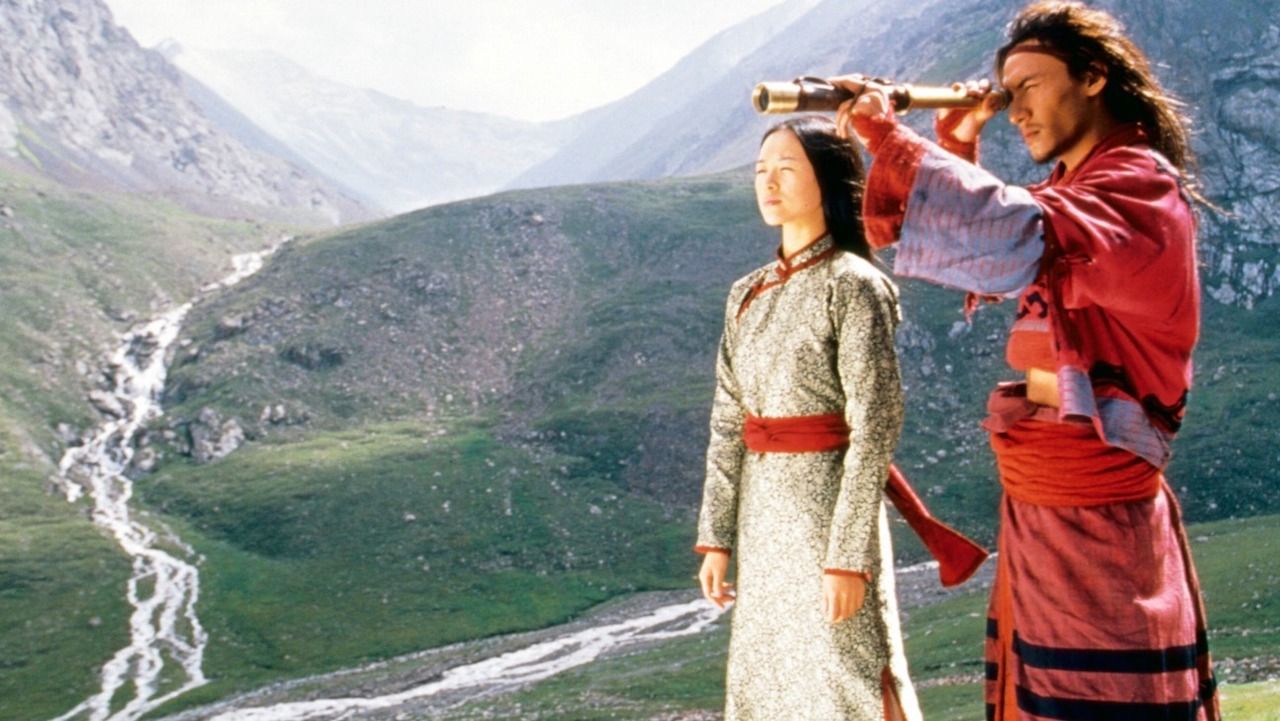 Ang Lee’s martial arts epic follows Master Li (Chow Yun-fat), a warrior who gives his jade sword to his lover Yu Shu Lien (Michelle Leoh) for safekeeping. When the sword is stolen, Li sets off on a journey to recover it. Expect lots of graceful fighting (choreographed by Yuen Wo-Ping of The Matrix fame) and ravishing cinematography that takes in some of China’s most stunning, yet lesser-seen sights — including the Taklamakan Plateau, the Gobi Desert, and Qing Ming Song Village. As for the famous bamboo forest battle scene, it was filmed in the Southern Sichuan Bamboo Sea near the border of Changning and Jiang’an. 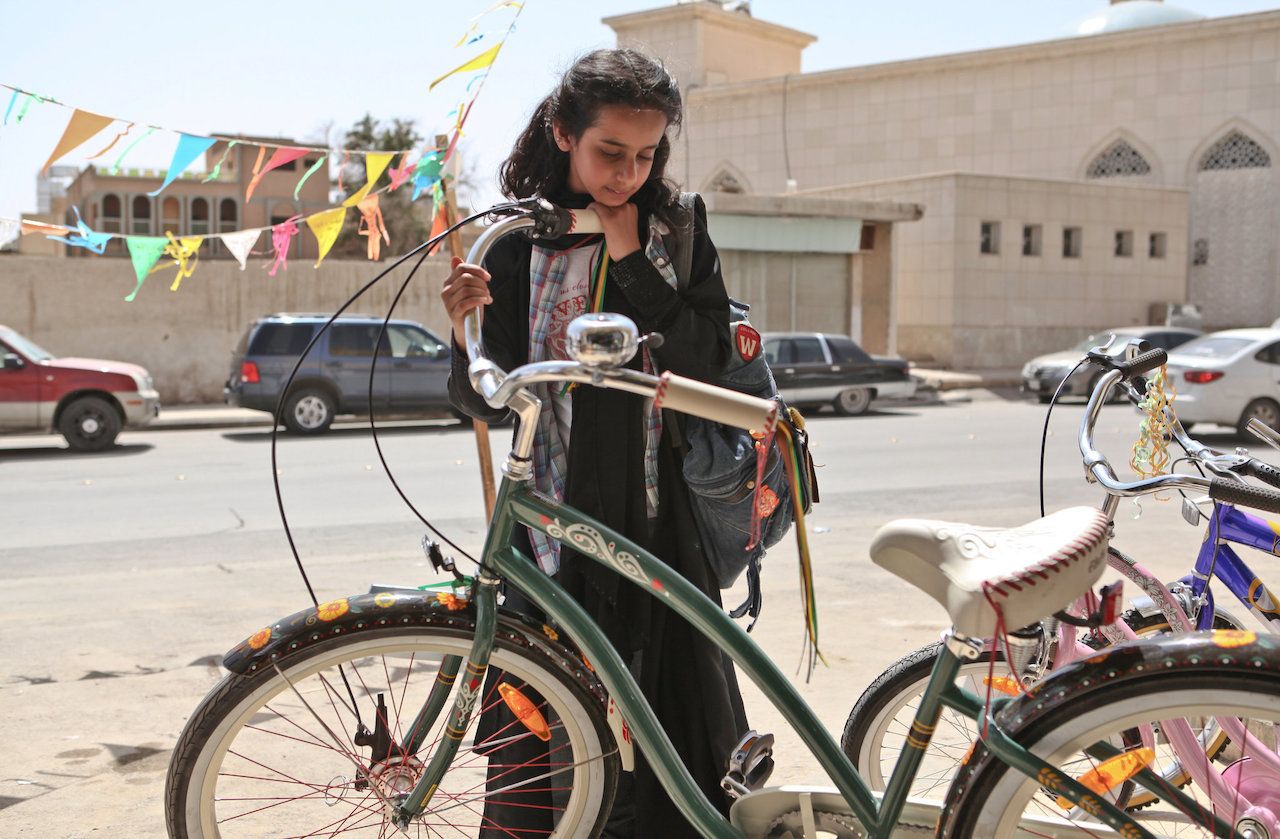 Some films depict beauty; others are beautiful just because they exist. Wadjda, directed by Haifaa al-Mansour, is both. It’s not only the first feature film shot entirely in Saudi Arabia but also the first feature-length film made by a female Saudi director — and it throws the doors wide open on life and culture in this famously secretive country.

The genuinely heartwarming film follows 11-year-old Wadjda (Waad Mohammed), a girl in a middle-class family who pushes back against the rules that stifle her: she listens to Western music, loves bike racing, and wears skinny jeans underneath her abaya. After spotting a green bicycle on her way home one day, she decides to save up and buy it, so she enters a Quran recitation competition in the hopes of winning the grand prize.

Though businessman and Saudi royal Prince Alwaleed bin Talal supported the production, he did not make the working conditions easier for al-Mansour. The government ban on women working with men in public meant she had to communicate with the cast from inside a van using a walkie-talkie and computer screens. Despite the difficulties, the film was made, well-received and went on to win awards around the world.

Movies10 Films That Show the Beauty of Europe
Tagged
Entertainment Movies
What did you think of this story?
Meh
Good
Awesome