When bar owners Anand Virmani and Vaibhav Singh of Nao Spirits set out to create India’s first craft London Dry gin in 2015, they were perhaps unwittingly setting the stage for a surge in craft spirits revolution in India. The pair wanted a gin that paid tribute to the abundance of herbs and produce in the country, and one that could stand out from the available mass-produced versions from abroad. The first gin they released in 2017, a London Dry gin named Greater Than, features warm spices sourced from across India.

Nao Spirits is part of a new wave of India-based craft alcohol brands, and today the country enjoys a thriving homegrown spirits scene that includes producers like Stranger & Sons and Tickle Gin. What many of these companies have in common is their place of origin: Goa, a small state on India’s western coast.

Goa is known for its laid-back atmosphere, good food, beautiful beaches, and a fascinating blend of history and culture. Here, you’ll find both the buzz of a big city alongside the quiet of smaller villages.

It’s where liquor entrepreneurs like Nao Spirits are setting up shop, eager to cash in on friendly excise policies and the availability of botanicals like juniper, lemons, ginger, coriander seeds, fennel, and chamomile.

It’s not just entrepreneurs favoring gin who are turning to Goa as their first-choice destination. Today, this region is home to a widening portfolio of craft beer, vodka, whiskey, agave spirits, and more. Craft liquor has made its way to shops, supermarkets, bars, restaurants, flea markets — you name it. Each one offers a taste of India’s diverse herbs, plants, produce, and flowers.

Here are five more Goan-made spirits (and one exceptional craft beer) to try on your travels. 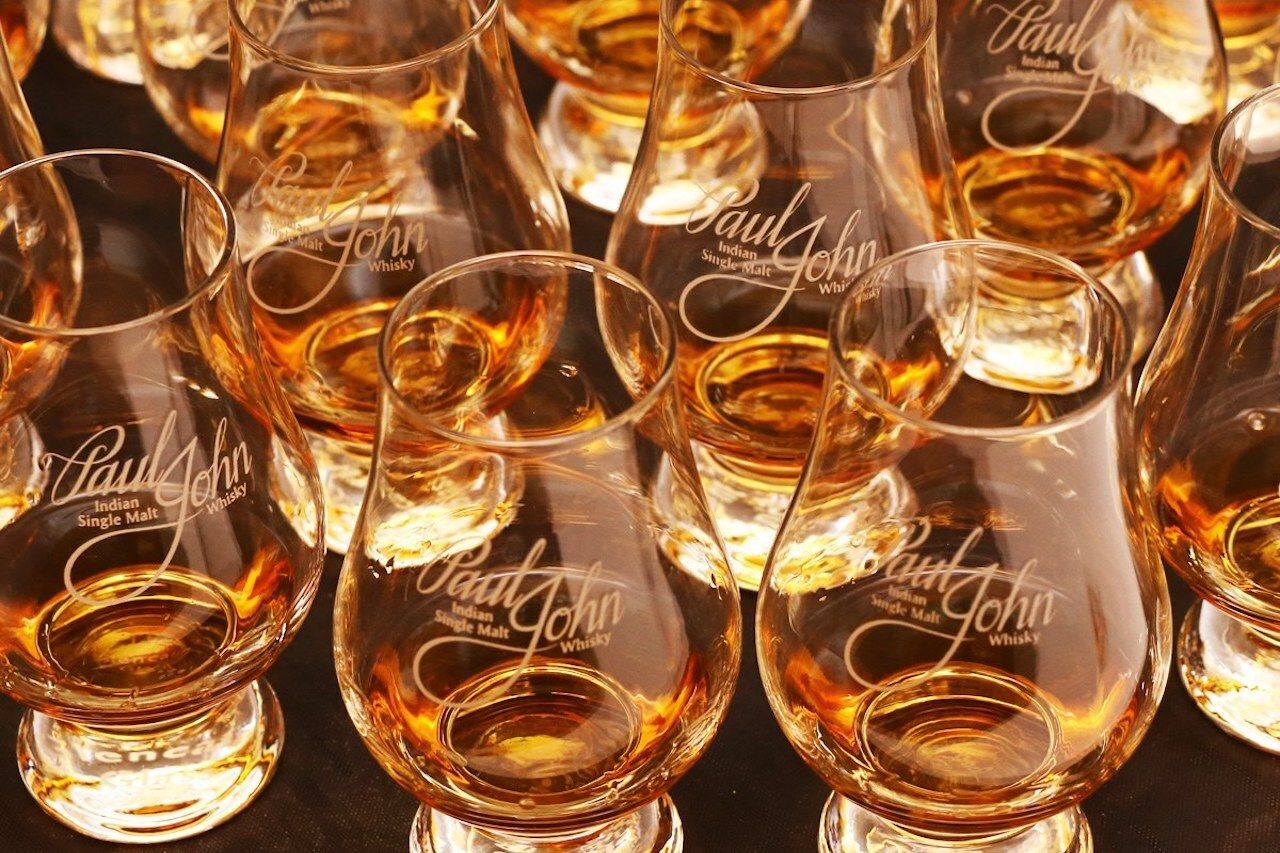 From 1992 until 2012, Paul John Distilleries sold only Indian-made foreign liquor, which are cane spirits designed to mimic the flavors of whisky and other liquors that aren’t historically tied to India, like arrack and feni. The distillery launched its own line of single malt whisky in 2012 and has quickly become an internationally known brand with a range of expressions — the best of which might be a single malt whisky named Nirvana.

Nirvana joined the Paul John stable in April 2019, and its flavor profile includes notes of honey, dried apricots, vanilla, and toffee. Nirvana is made with six-row barley grown in northern Indian. Once the barley is malted and fermented, it’s distilled twice in copper pot stills and aged in charred American casks. It’s tasty sipped neat, and is refreshing when it takes center stage in a Goan Highball made with Nirvana and sparkling water. 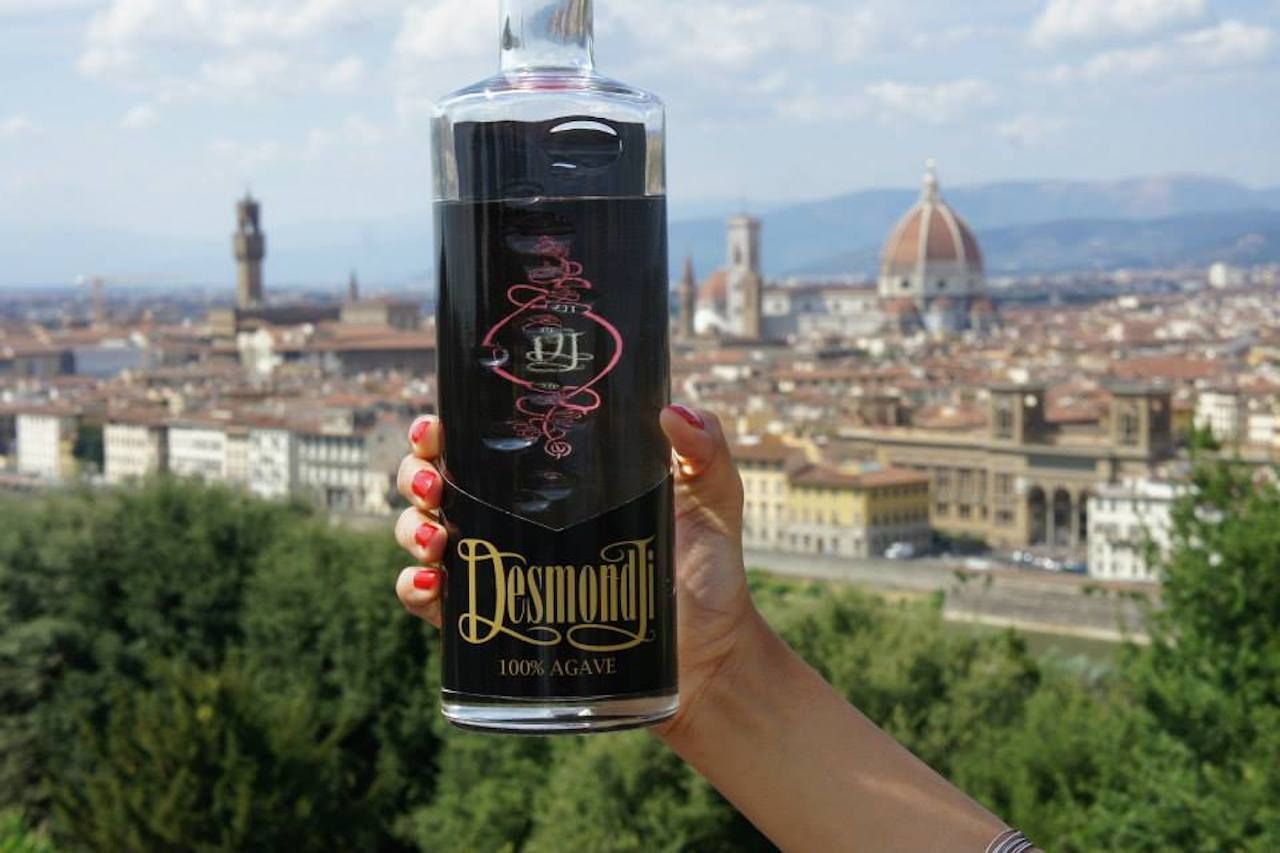 Desmond Nazareth, the founder of Agave India, wanted to make good margaritas. A search through market shelves didn’t give him the ingredients he desired, so he set out to make his own agave spirit to use as a base.

In 2011, Agave India launched a line of agave-based products. Like with many of the more prominent tequila brands, Agave India makes spirits that are 100 percent agave (the Desmondji) and that are part agave and part neutral spirit (Desmondji Agave and Desmondji Agave Gold, both of which are made with 51 percent of liquor from agave).

The company recommends enjoying its agave spirits neat, as a shot, or mixed into cocktails like Nazareth’s favorite, the margarita. 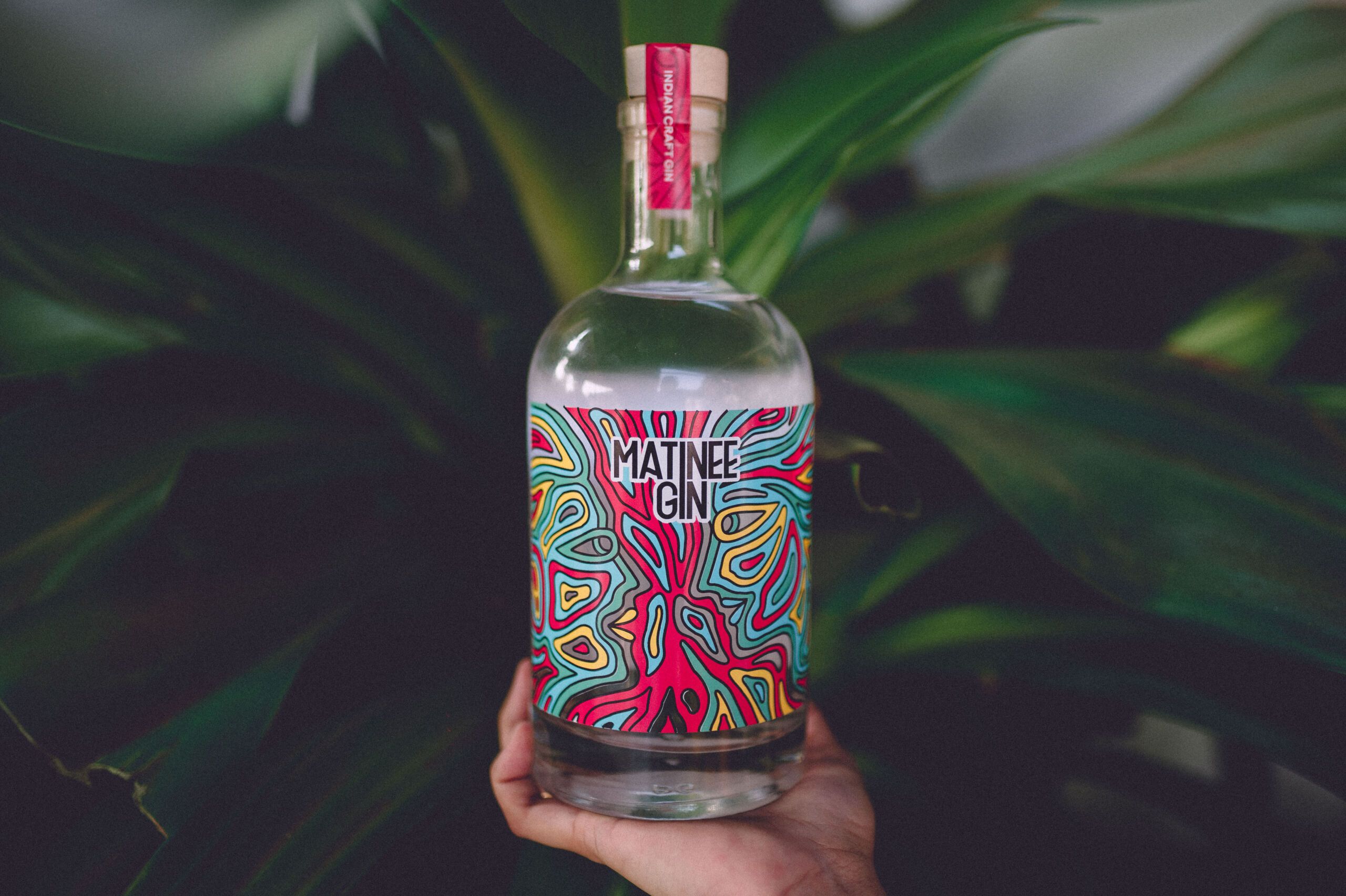 Lavanya Jayashankar and Anjali Shahi’s 18-year friendship is based on their mutual love of gin. The pair are the owners of Matinee Gin, India’s first female-owned gin company. They bonded over the liquor while studying for their business degrees in 2003 in Singapore. In 2017, Shahi Shahi called her friend, and they decided to cash in on India’s growing love affair with gin by crafting their own. After 42 distillations with spices and herbs sourced across Mumbai, they finalized their recipe and moved distilling operations to Goa. 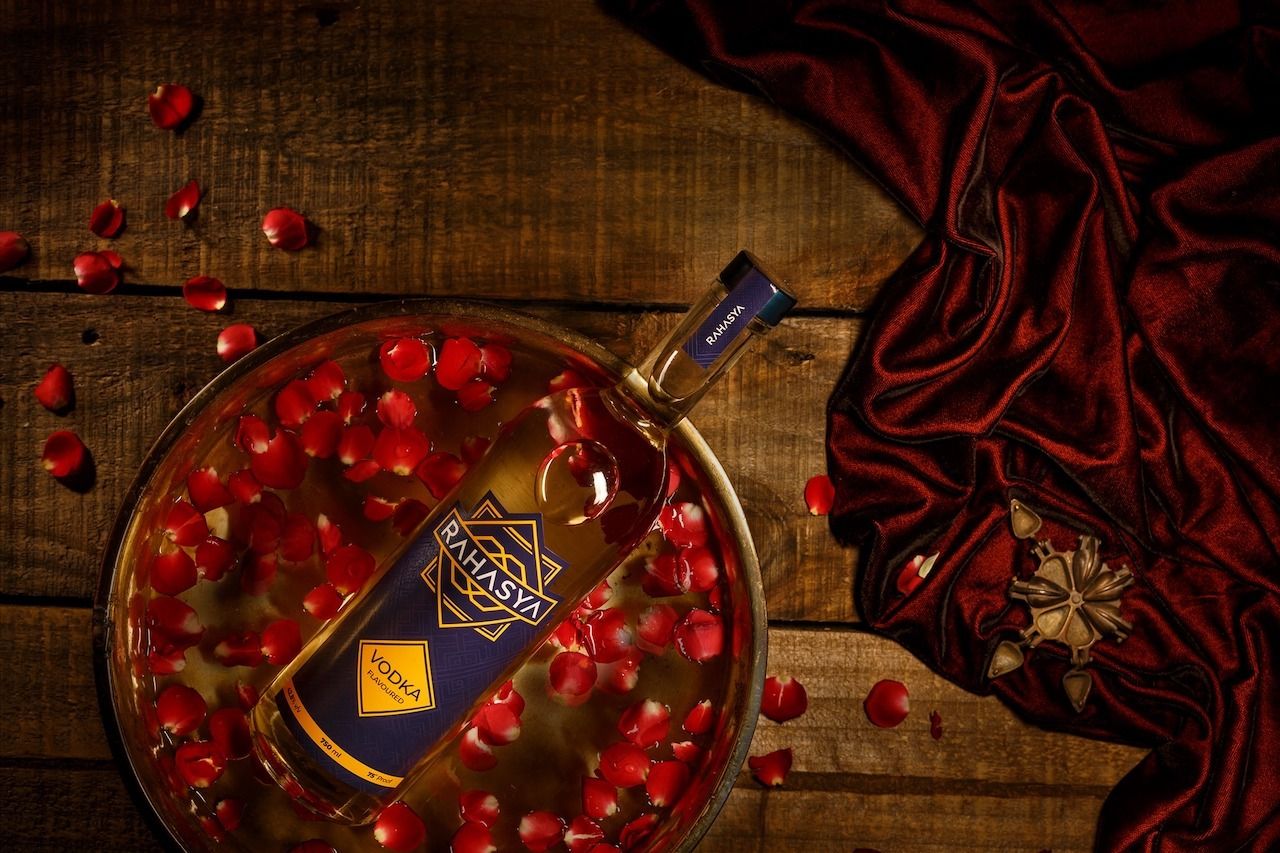 Three years ago, entrepreneur Varna Bhat set out to create a spirit that represented the tastes and flavors of India. In January 2021, she launched her vodka blend, Rahasya. In an interview with Gurgl, Bhat revealed that she felt motivated to create the vodka because there was no “alcoholic drink that could truly be called pan-Indian,” on the market, and Bhat wanted Rahasya to feel “inherently Indian without falling back to the cliché of masalas.”

It took two years of research and traveling across Europe to meet with blenders and mixologists to create her secret blend. Rahasya means mystery in Hindi, and Bhat leaves it to her customers to guess the drink’s ingredients. Conde Nast Traveller India reports that though the distillery is based in Goa, the vodka is made from “high-quality corn and wheat grains” imported from Punjab, adding that the resulting liquor is a “crisp vodka with a refreshing aftertaste.” 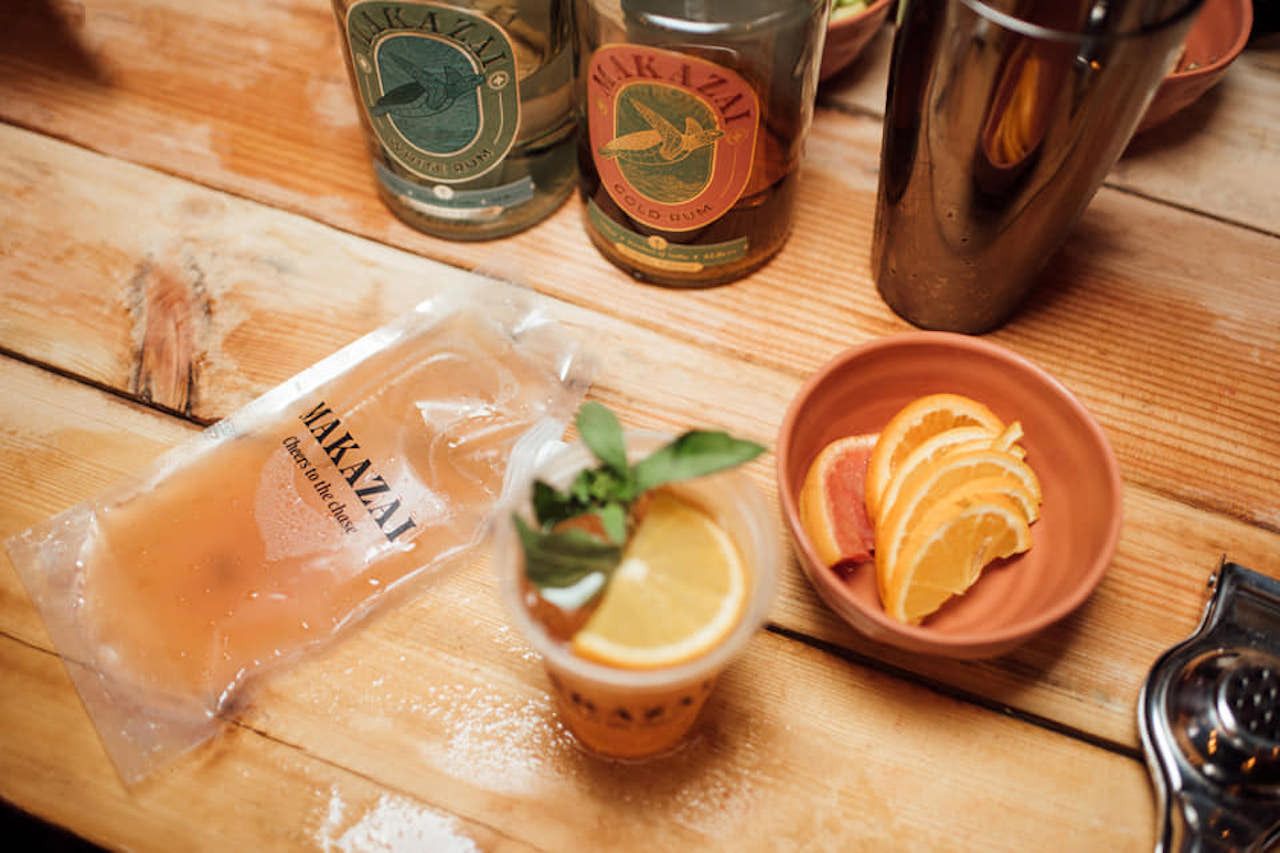 Kasturi Banerjee left her banking job to follow her passion for bartending. From there, she decided to make the leap from bartender to distiller. In January 2021, Banerjee launched Maka Zai rum (which translates to the phrase “I want” in the local language, Konkani) under her company Still Distilling Spirits.

According to the Still Distilling website, the rum is “nourished by the sweet waters of Goa,” which cultivate flavor notes of “finest praline, dry dates, figs, caramel, cinnamon, and honey” and a “creamy mouthfeel.”

The rum comes in two variants: Maka Zai Gold Rum, a dessert and sipping rum, and Maka Zai White Rum, which is produced with sugarcane that grows along the Panchganga River in India’s state of Maharashtra. The bottle’s labels bear the native Olive Ridley turtle, which has many nesting sites in Goa. 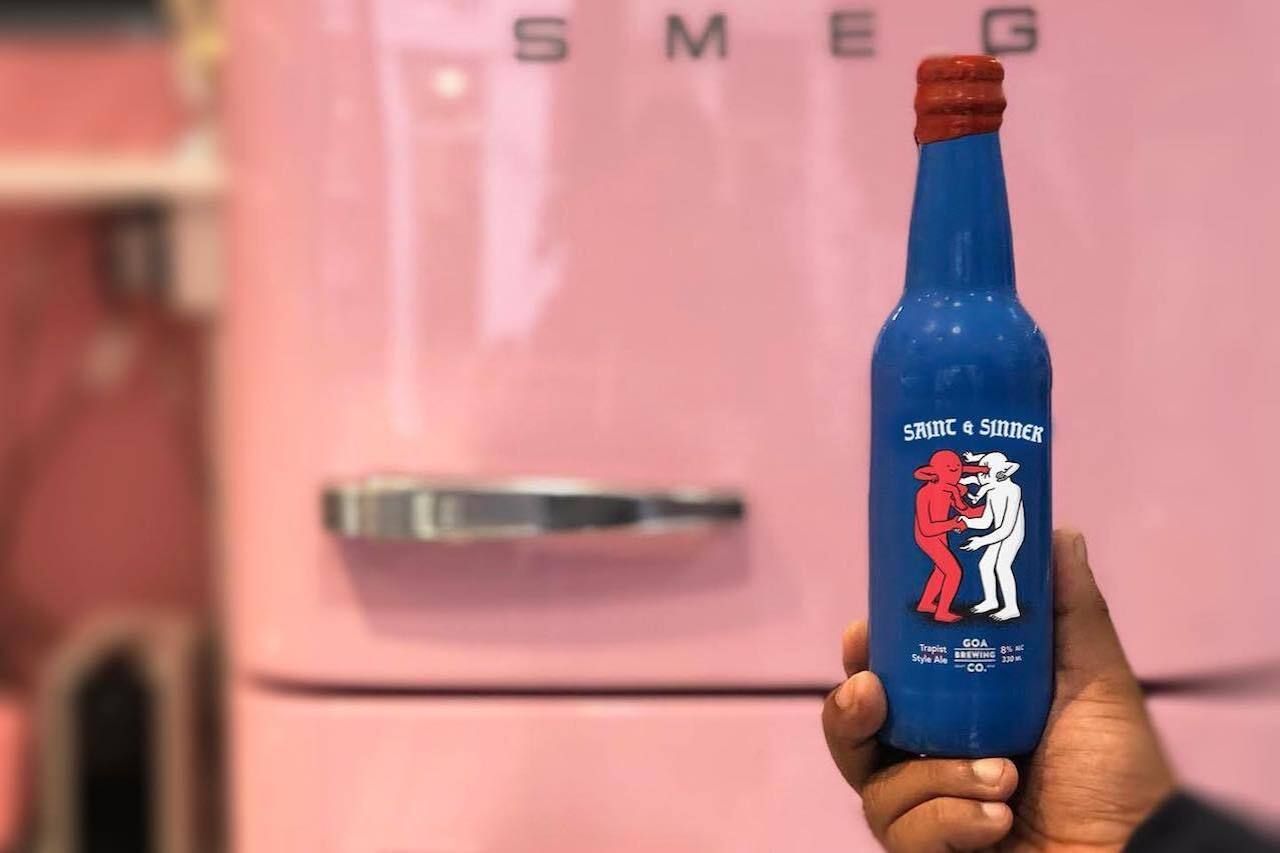 In 1964, an American named Yertward Mazamanian arrived at Anjuna beach in Goa. He soon became a legend in the area, fondly nicknamed Eight Finger Eddie, who was beloved for his hippie lifestyle. He would eventually be credited with popularizing Goa as a tourist destination. When Suraj Shenai of Goa Brewing Co. launched his first beer, he called it Eight Finger Eddie as a tribute.

Eight Finger Eddie is an IPA, a double-dry hopped oat cream ale, with fruity aromas, a creamy finish and a hint of bitterness. It is made using two-row malted barley from Europe and American hops from the Yakima Valley. Goa Brewing Co. also brews a Pineapple Siason, Saint & Sinner (a Trappist ale) and a Breakfast Cereal Stout. The brewery produces its beer in a 250-year-old bungalow, which contains a laboratory where they experiment with flavors and malts.

The most popular cocktail in almost every country