Summer is the season of plenty. It’s when you can get strawberries so sweet that sprinkling sugar on them is completely unnecessary; tomatoes so plump they look like they’ll burst from their skin; and peaches, melons, zucchinis, and eggplants galore — to name just a few fruits and vegetables that are at their best this time of year.

It’s also the season when people around the world live on a diet of salad and barbecues, all washed down with plenty of rosé. This isn’t necessarily a bad thing. If you have beautiful, fresh, flavorsome ingredients, it makes sense to rustle up simple food that lets your wonderful ingredients shine. Also, let’s face it, it’s not summer without rosé.

But there are more exciting ways to showcase summer’s delicious produce. Look to these cookbooks from around the world for some summer meal inspiration.

1. Tortellini at Midnight: and other heirloom family recipes from Taranto to Turin to Tuscany by Emiko Davies 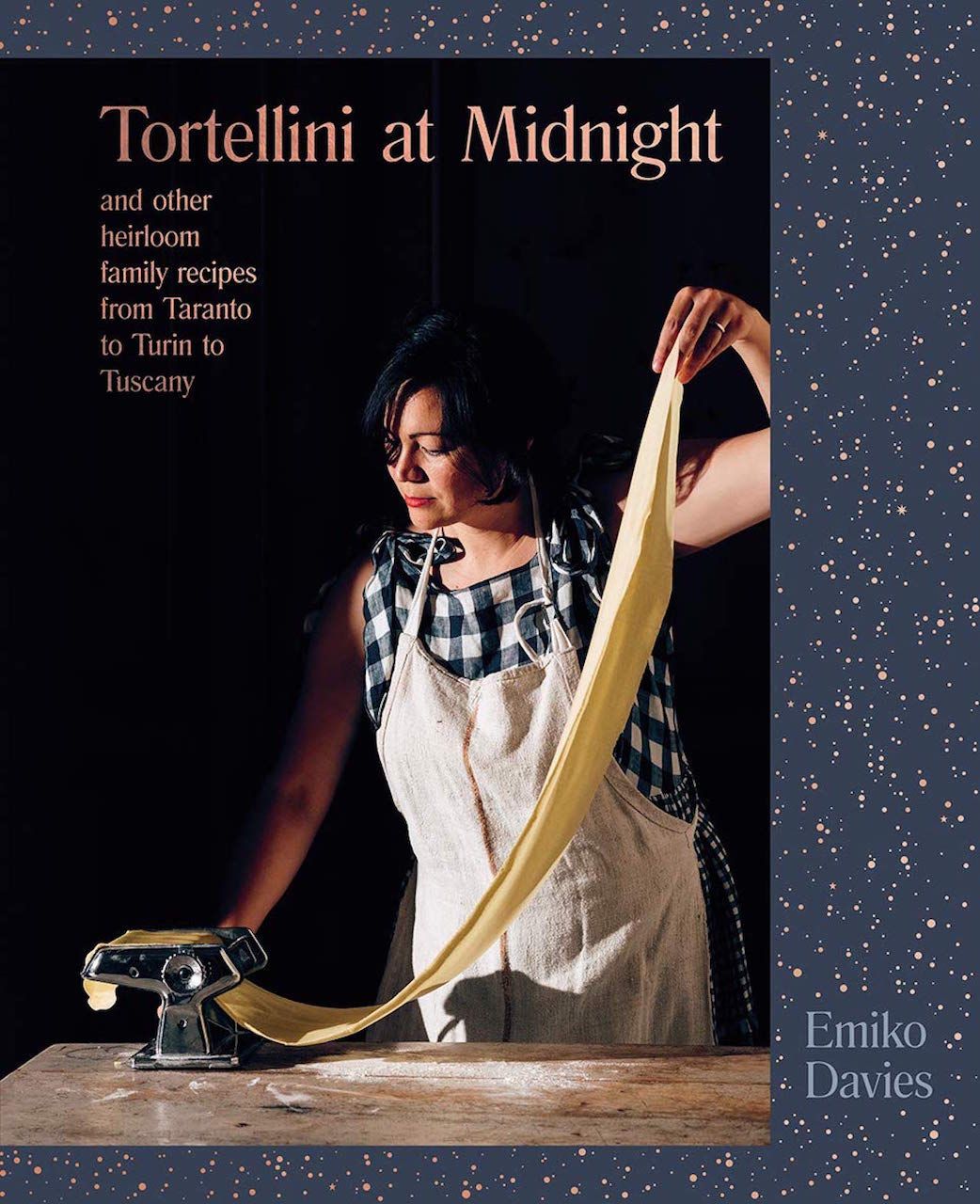 It would be impossible to write an article about summer food without writing about Italy, the birthplace of the heavenly trio: tomato, basil, and mozzarella. It would also be a crime not to mention Tortellini at Midnight, Emiko Davies’ latest book.

Part travel guide, part history book, and part family photo album, Davies traces her Italian husband’s family history through a series of recipes in Tortellini at Midnight. Some, such as polpette di Nonna Anna, are heirloom family recipes. Others, like the recipe for Bonet, a chocolate and amaretti flan, are classics from the country’s different regions.

All of the dishes are impeccable, but it’s not the recipes that make this a wonderful cookbook. Or rather, it’s not just the recipes. By including suggestions, menu guides, and detailed histories of many of the recipes, Davies has created a window into the traditional Italian kitchen. It’s impossible to look through without dreaming of steaming bowls of fresh homemade pasta. 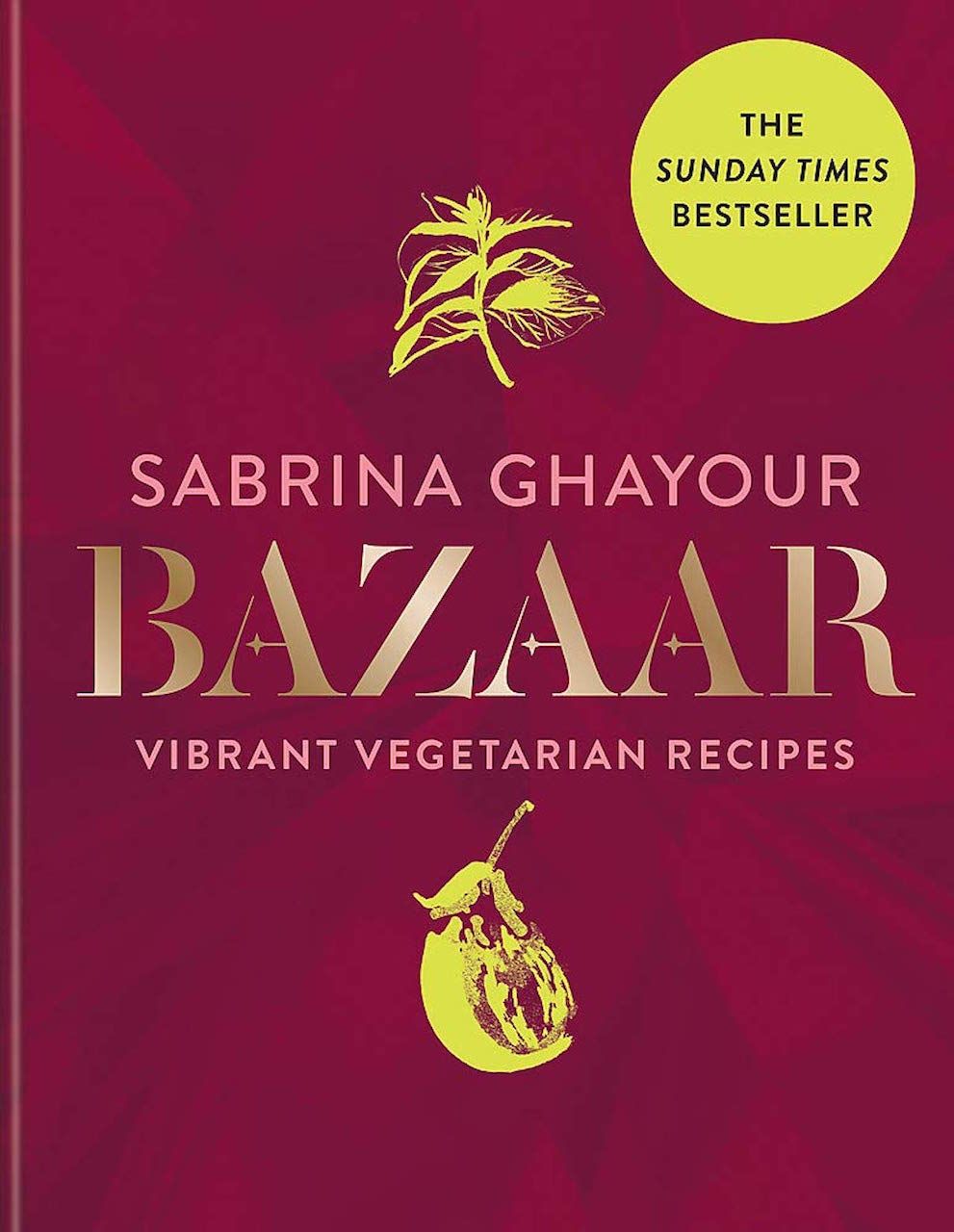 Starring recipes such as eggplant with tomato and tamarind sauce and courgettes stuffed with preserved lemons, pine nuts, and feta, Bazaar is a riotous celebration of summer produce. The fourth book from cooking teacher and supper club host Sabrina Ghayour, this cookbook is a further exploration of the Persian and Middle Eastern cuisine Ghayour is known for.

Bazaar is Ghayour’s first vegetarian cookbook, but don’t let that you put you off, carnivores. Ghayour wrote Bazaar with meat-eaters in mind. The result is a range of recipes that go beyond just a unique take on Middle Eastern food. The book celebrates the fresh, light ingredients summer days were made for. If you don’t believe me, try the cucumber and feta bruschetta. 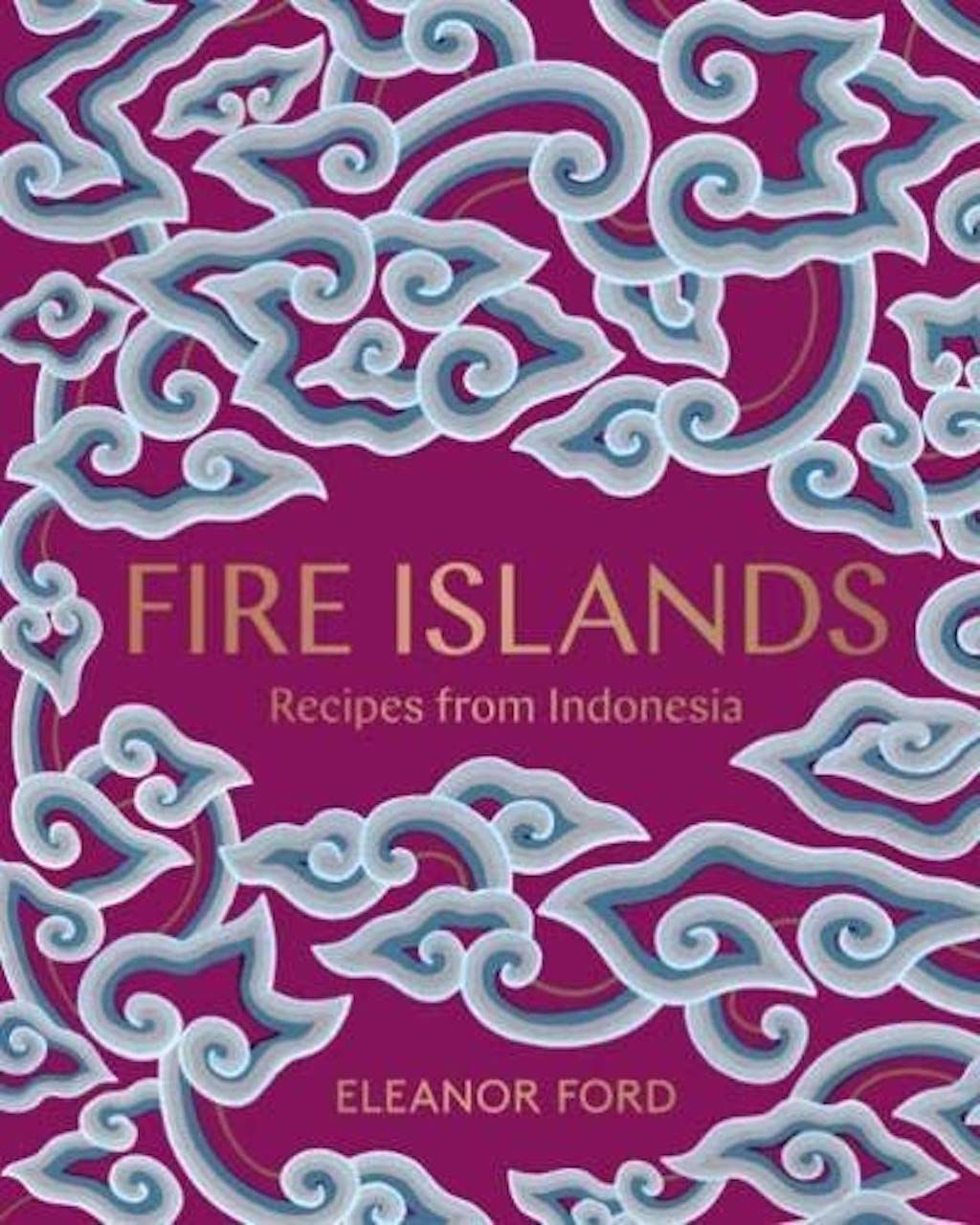 If summer was a postcard, it would have a photo of a beach in Indonesia on the front and a message that reads, “Drinking from a coconut on the beach in a hammock, wishing you were here!” on the back. The islands are a paradise and, as food writer Eleanor Ford proves, a culinary treasure chest.

Fire Islands is more than just a recipe book. An intimate view of the original “spice islands,” it’s a love letter to an archipelago where ginger, cinnamon, tamarind, lemongrass, and lime flavor everything from sweet and spicy mushroom tongseng to green coconut pancakes.

Within Fire Islands’ pages, Ford brings the tastes of Indonesia to life, detailing recipes with genuine affection and peppering in her anecdotes from living there. The Indonesian fried chicken recipe, for example, is from Yogyakarta. Ford explains that it’s the best of countless recipes she’s tried across the islands although, of course, it’s worth traveling there yourself to make sure.

4. My Mexico City Kitchen, Recipes and Convictions by Gabriela Cámara 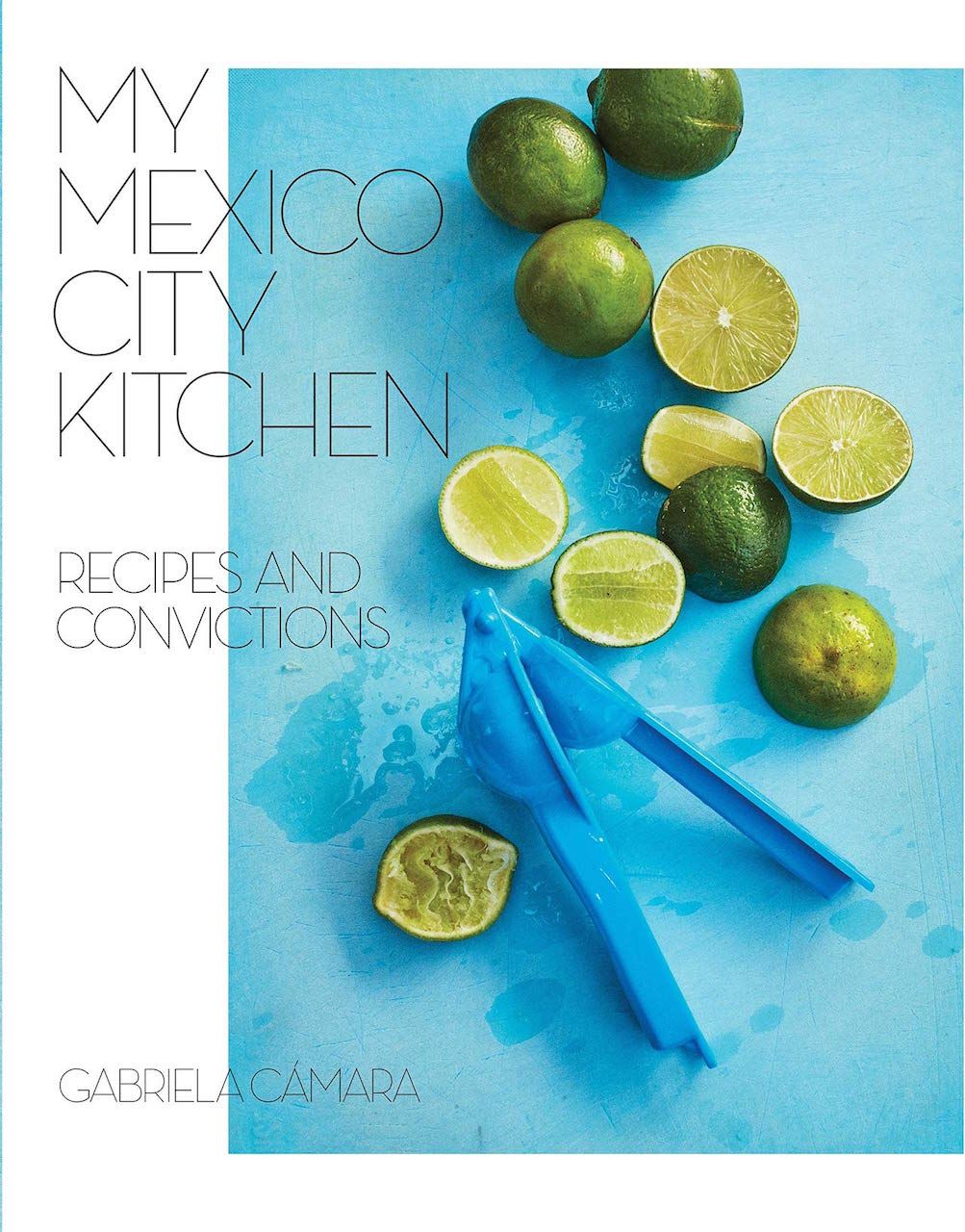 You can’t go wrong at a summer get together when serving Mexican food. With its repertoire of mouthwatering recipes, from classic ceviche to huevos en camisa, you certainly can’t go wrong with My Mexico City Kitchen, Recipes and Convictions, Gabriela Cámara’s first book.

Cámara is the chef behind Contramar in Mexico City and Cala in San Francisco. In My Mexico City Kitchen, she combines 150 home, restaurant, and traditional recipes. The book includes 12 of her own essays on Mexican food and the food industry as a whole. These are the “convictions” referenced in the book’s title, covering topics from sustainability to lime juice.

The real stars of the book are the recipes, which include a selection of refreshing drinks like the Pepino Mezcal made with mezcal and cucumber. 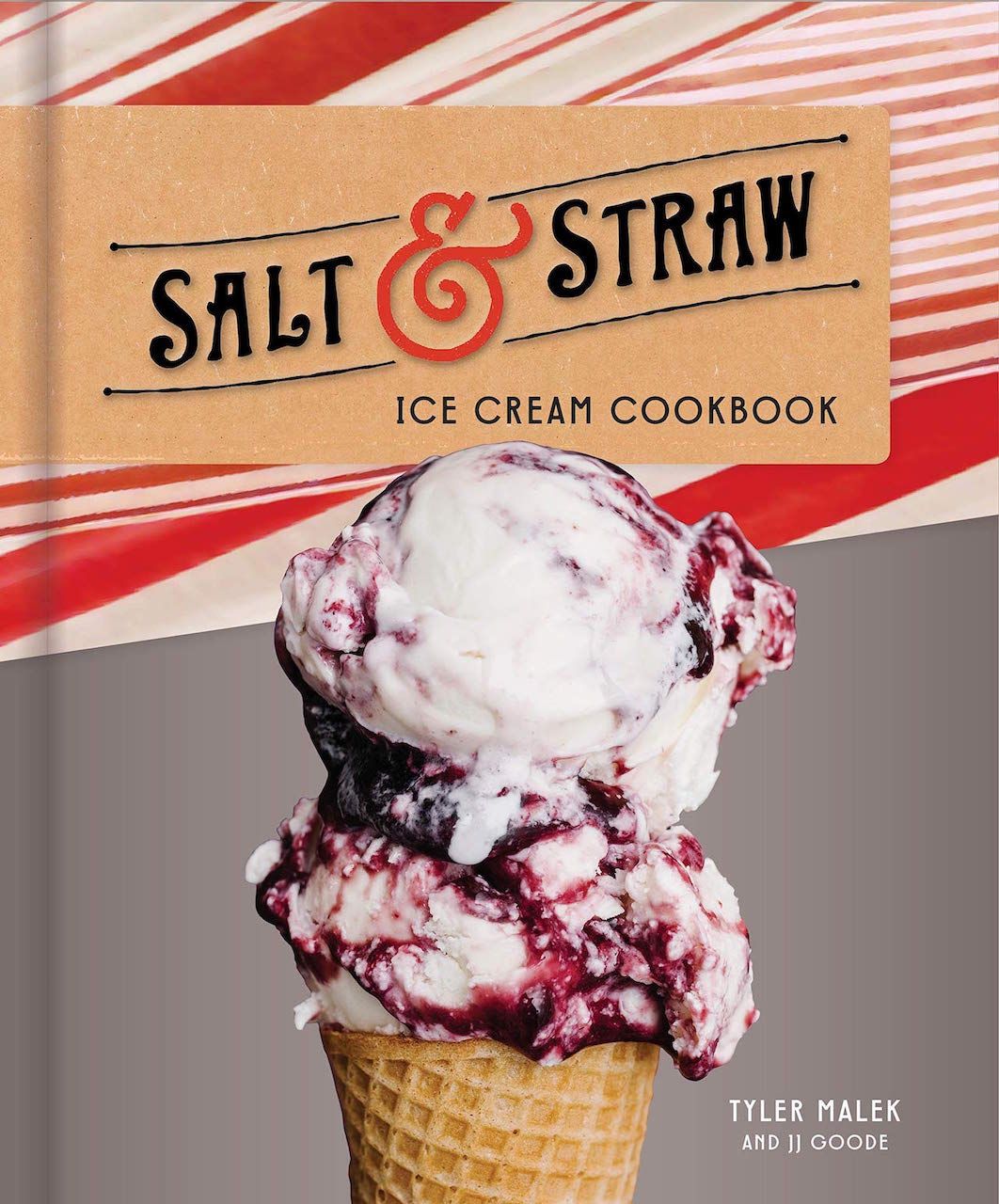 Ice cream is the ultimate summer treat whether you’re relaxing on the beach, strolling through the city, or chilling out at home. There aren’t many ice creams like the ones from Salt and Straw’s in Portland, Oregon. The ice cream chain is famous for its obscure flavors, like buttered mashed potatoes and gravy alongside classics such as double-fold vanilla.

Admittedly, few of us are likely to try recipes like Swedish fish tartar or garam masala cauliflower, but the genius of Salt and Straw lies not in the recipes themselves, despite the phenomenal innovation behind their flavor combinations. Instead, this book is a must-have for ice-cream lovers due to its explanation of processes and flavor.

Revealing what Tyler Malek and his co-founder and cousin Kim Malek have learned from a host of different food-experts, Salt and Straw explains how to make a perfect ice-cream base in just five minutes. This base can then be used as a stepping stone to any flavor combination you want, although it’s probably best to save mashed potato and gravy for winter.

Books5 Underrated Books That’ll Convince You Travel Is Good for the Soul
Tagged
Books Food + Drink
What did you think of this story?
Meh
Good
Awesome