Portugal is on everyone’s European travel itinerary these days, but while travelers focus on Lisbon’s colorful architecture and cool trams, or the amazing beaches with great surfing potential that dot the country’s coast, one of the most underrated features of the country is its cuisine, and more specifically, its pastries. Although France and Italy are the European countries people associate the most with baked goods, Portugal is a serious contender. There are bakeries on just about every block in Portugal, so let yourself be seduced and walk inside to try one of the following seven delicious sweet treats you can find in the country. 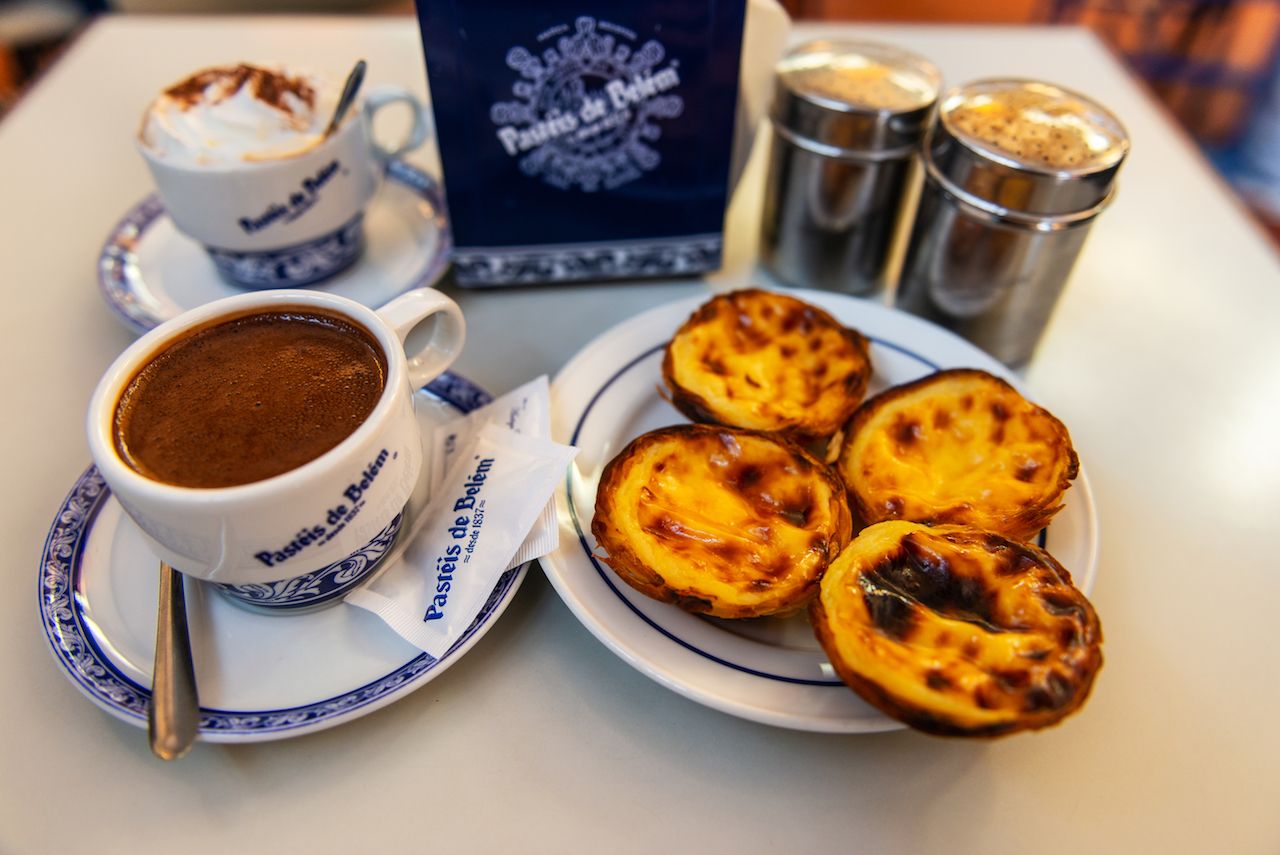 Probably the Portuguese food scene’s biggest claim to international fame, the Pastel de Belèm is a custard pie (egg custard poured in a flaky pastry crust and cooked to perfection) originally from the Belém District of Lisbon. The pastry’s secret recipe was created by Catholic monks in 1837 and is still used to this day at the Pastéis de Belèm pastry factory and café in Lisbon. Because the pastry was a hit all over Portugal, copycats came out of the woodworks with Pastel de Nata, but don’t be fooled — if the goodies don’t come from Pastéis de Belém, they’re not the real deal. To enjoy Pastel de Belém like a local, it’s best to have it warm with a cup of strong espresso on the side. 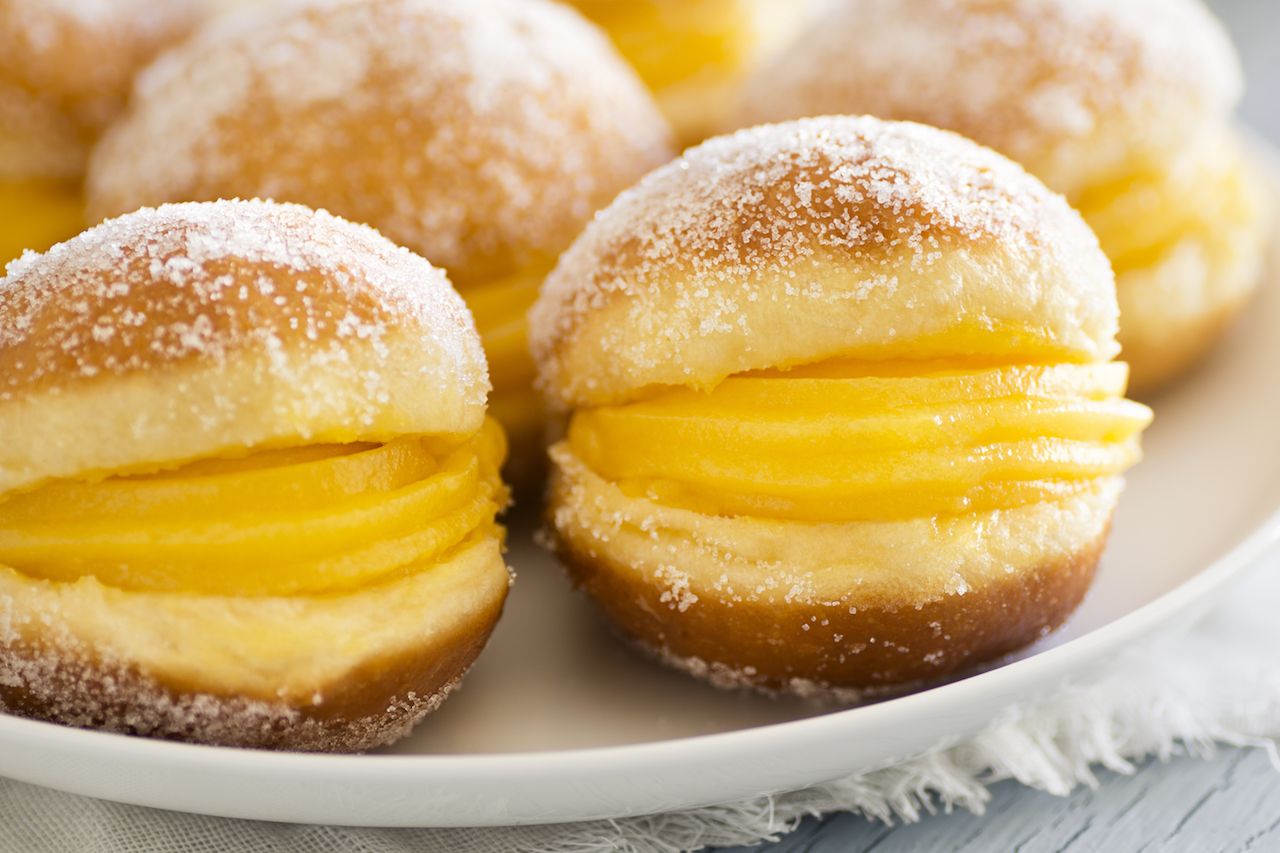 Bola de Berlim is Portugal’s version of a Berliner, a German doughnut without a central hole. But what makes Bola de Berlim really stand out from the regular fried treat we all know is that the dough is rolled in sugar and filled with sweet custard cream. It’s said that the best place in all of Portugal to get a Bola de Berlim is in the town of Viana do Castelo at Pastelaria-Confeitaria Manuel Natário, but you’ll be able to find this tasty treat all over the country. 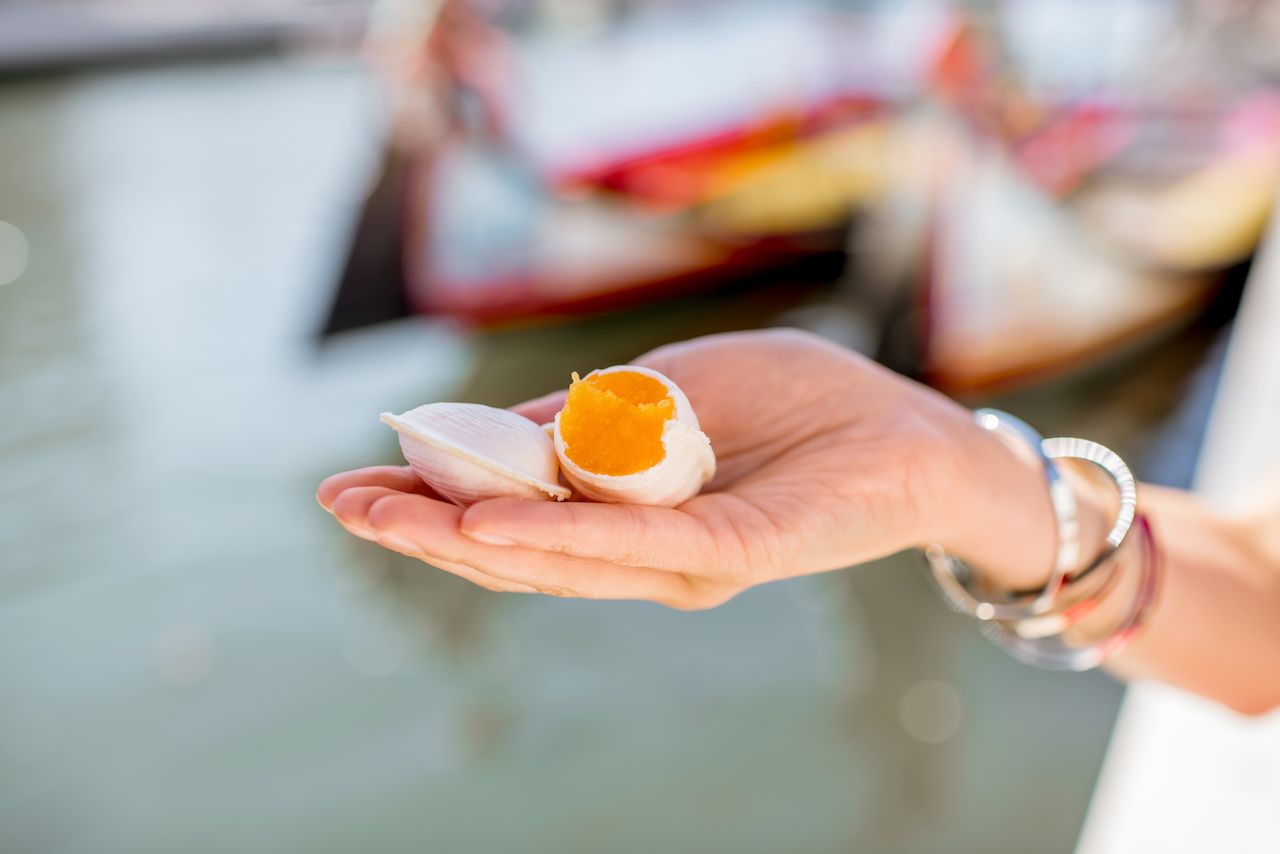 Ovos Moles or “soft eggs” are typically Portuguese treats made of communion wafers filled with a creamy mixture of egg yolks and sugar that drips in your mouth as you bite into it. Created by nuns living in the town of Aveiro (located 45 minutes south of Porto), Ovos Moles hold the title of Protected Geographical Indication, given by the European Union, which ensures the pastry’s authenticity and the quality of its ingredients. Inspired by the Aveiro Lagoon, confectioners traditionally shape the wafers like shells, fish, or clams. If you want to learn how to make this Portuguese treat, several pastry shops in Aveiro organize oficinas do doce (pastry workshops), so you can recreate the flavors of Portugal at home. 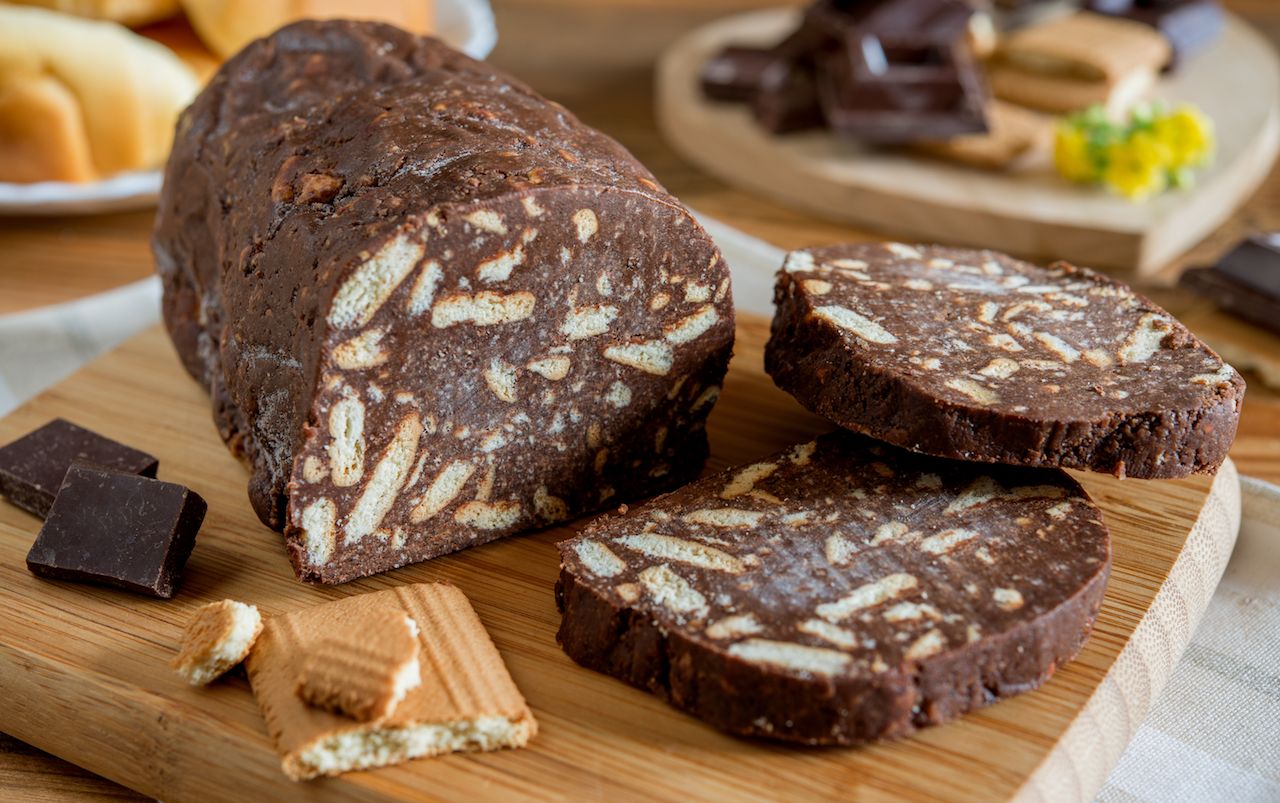 Although it looks like black pudding, this long and thin chocolate log is Portuguese kids’ favorite treat. It’s made with cocoa, broken Maria biscuits, eggs, and butter, mixed in a big bowl and shaped like salami. Nuts, such as pistachios, almonds, or hazelnuts, are often added for extra crunch and flavor. It might not seem like a very sophisticated treat, but it’s so darn good that nobody cares about its appearance. 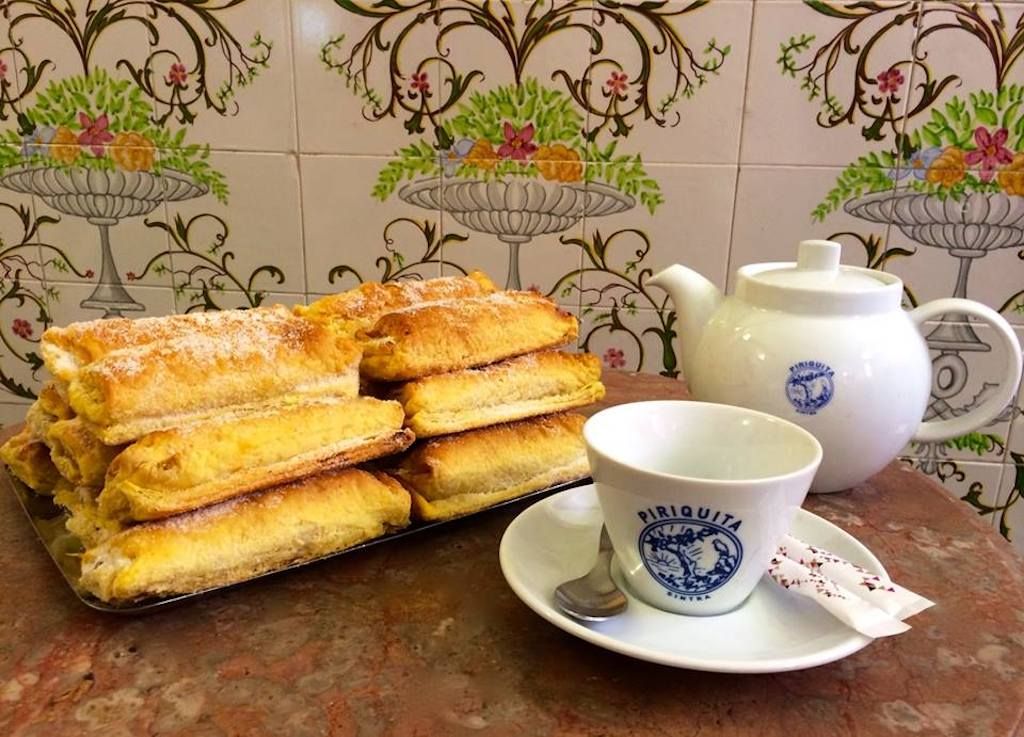 Travesseiro de Sintra, literally translating as “Sintra’s pillow”, is a stick-shaped, dough-based pastry filled with an egg cream and almonds. (There’s something else in there as well, but it’s being kept secret). As indicated by its name, this pastry originally hails from the town of Sintra, located 30 minutes west of Lisbon. The pastry shop Casa Piriquita, in Sintra, is said to be the best spot to get your travesseiro fix. 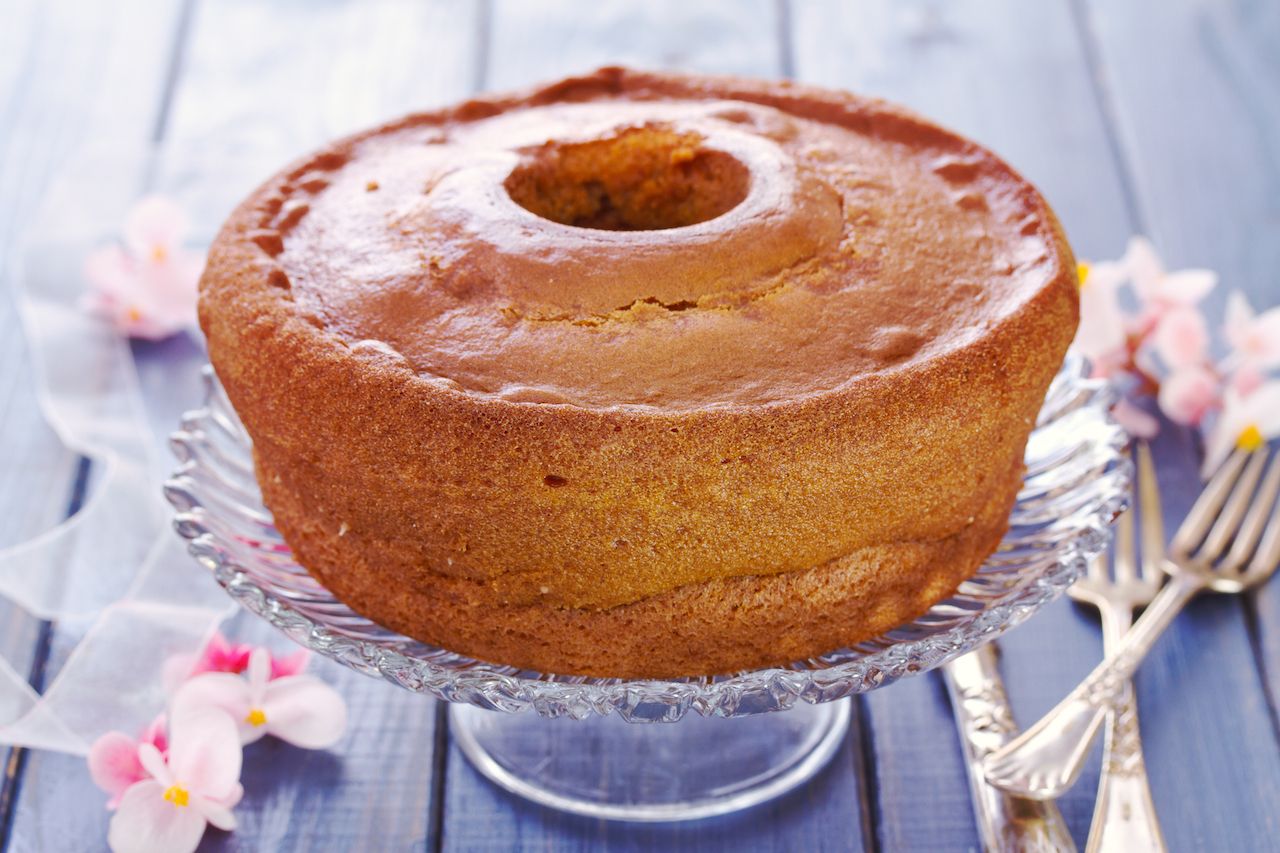 Pão de Ló is a 15th-century sponge cake that is typically served on Catholic holidays (like Christmas and Easter) in Portugal. The ingredients are simple: eggs, flour, and sugar, but the result is quite delicious. Often, Pão de Ló is underbaked to give it a creamy inside that you can eat with a spoon. 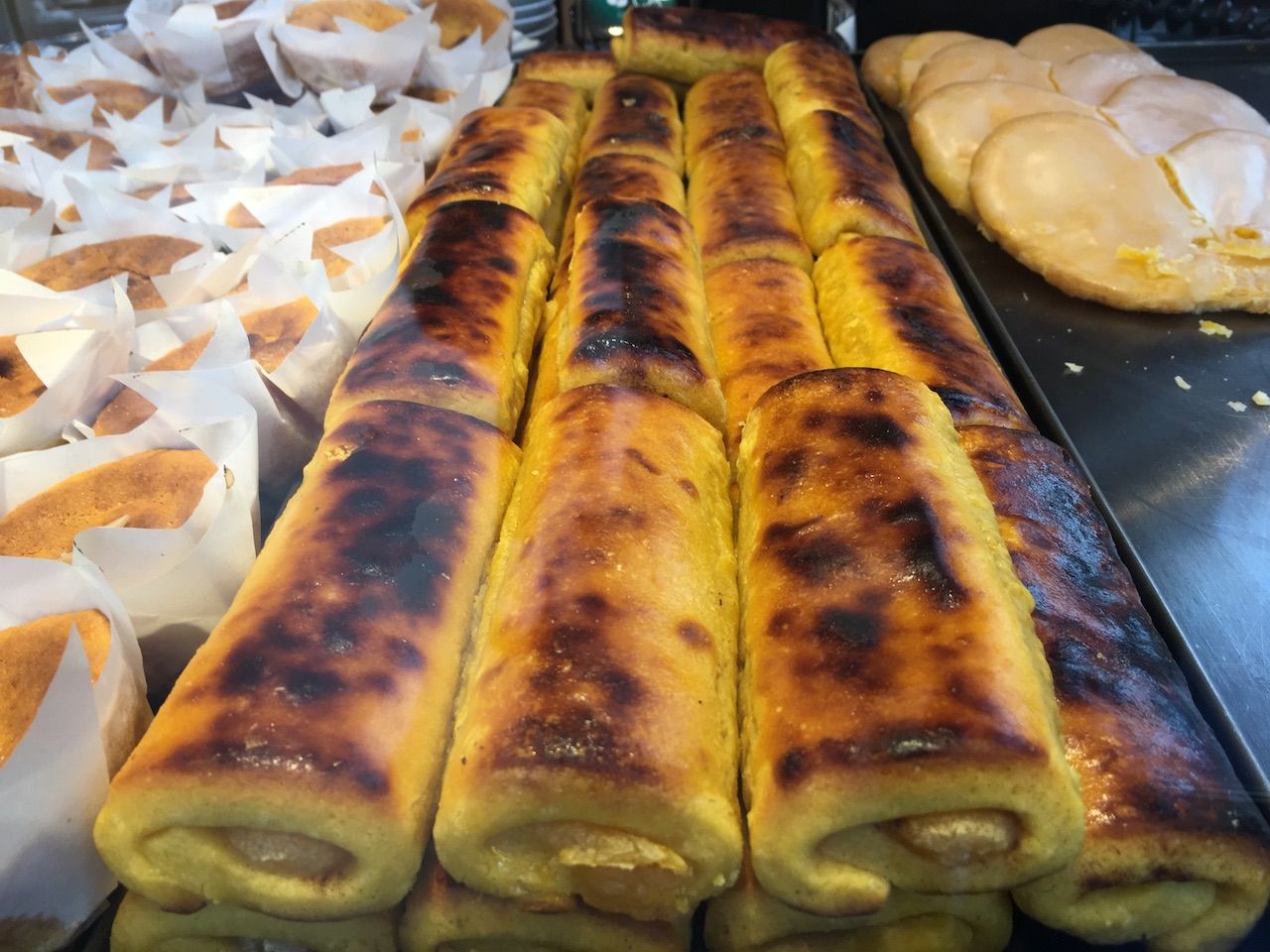 The Pampilho is a cake originally from Santarem, a city one hour north of Lisbon. This sweet confection resembles a pampilho, a stick campinos (Portuguese cowboys) used to move their herds through the fields around Santarem, hence its name. This traditional treat is a thin sponge cake rolled into an elongated shape and filled with a sweet mixture of egg yolk, sugar, and cinnamon. Although you can find Pampilhos in Lisbon, the best ones are said to come from Pastelaria Bijou in Santarem. Note that you can also find Pampilhos made of chocolate.

Galleries14 Eye-Popping Images That Will Make You Fall in Love With Portugal
Tagged
Dessert Food + Drink Insider Guides Portugal
What did you think of this story?
Meh
Good
Awesome