Remote work and the digital nomad lifestyle is now an option for an increasing number of people, so it may be time for those in need of an escape to consider their future destinations. To help future expats make a decision, InterNations has released its ranking of the best and worst cities for expats to live in, based on surveys on 25 aspects of urban life, such as Leisure & Climate, Local Friendliness, Housing, Transportation, Job & Career, Finance, Health & Environment, Work-Life Balance, Safety & Politics, and more. 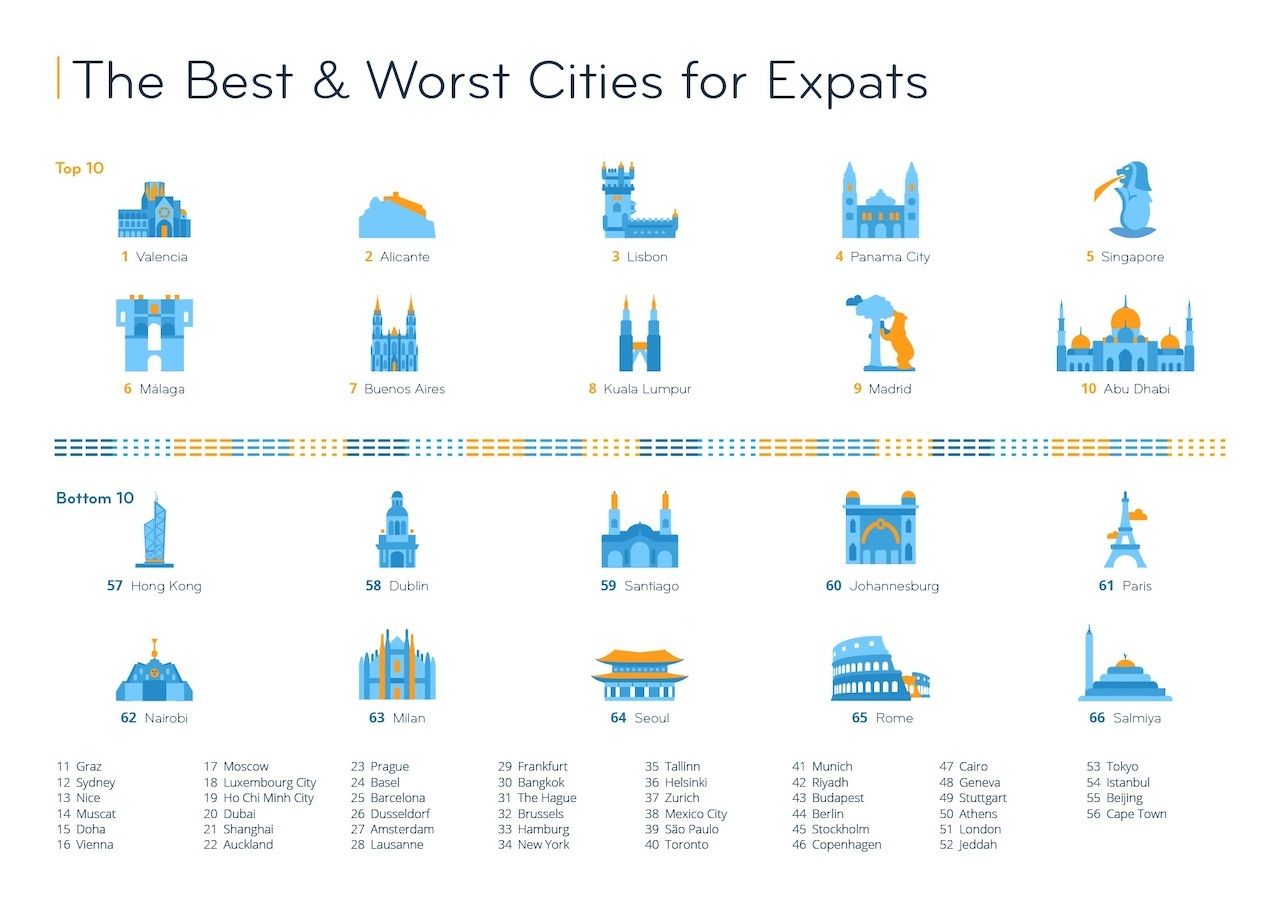 It’s immediately obvious from looking at the list that warm-weather destinations are dominating. The Iberian Peninsula scores 5 of the top 10 spots, with Valencia, Alicante, and Lisbon ranking first, second, and third respectively. Malaga and Madrid come in at the sixth and ninth spots.

The 10 best cities in the world for expats according to InterNations:

At the other end of the scale, Salmiya in Kuwait came at the bottom of the list, at 66th, largely due to issues with quality of life and difficulties for expats to get settled. Rome didn’t do much better, at 65th, receiving low scores for Quality of Urban Living and in the Urban Work Life Index. Seoul also ranked poorly, at 64th, due to the difficulty of getting settled into the busy South Korean city. It also ranked last for work-life balance.

The 10 worst cities in the world for expats according to InterNations:

For more information, check out the complete and detailed report.

Expat LifeThe 21 Best Digital Nomad Visas From Around the World
Tagged
Expat Life News
What did you think of this story?
Meh
Good
Awesome