Colleen Cooley remembers hauling water from wells on the Navajo Nation back to her family’s home as a child. Her family followed water, for both livestock and domestic purposes, and its abundance or scarcity was — and still is — an integral part of each day. Without running water in their home, the family had to retrieve water from its source, some of which has now been contaminated by uranium mining and fracking. For Cooley and her family, water conservation wasn’t a statement or a cause; it was a way of life.

“Our elders and relatives taught us that we are born in water,” Cooley says. “We have all these different connections to water. It really taught my siblings and I, and a number of other families on the Navajo Nation, to really conserve water and to appreciate it. Because we have to haul the water and make it last.”

Climate change has made the duty of finding and hauling water more challenging, as the springs and washes of the Navajo Nation don’t hold nearly the amount of water that they used to. Their lifeblood, the Colorado, San Juan, and other major rivers across the west, face additional threats from development to overuse.

Now Cooley, and other water advocates from Indigenous communities, are sounding the alarm through film, and outdoor gear suppliers NRS and Orvis, along with American Rivers and Under Solen Media, are helping to get the word out through the Just Add Water Project.

A necessity that turned into a lifelong passion 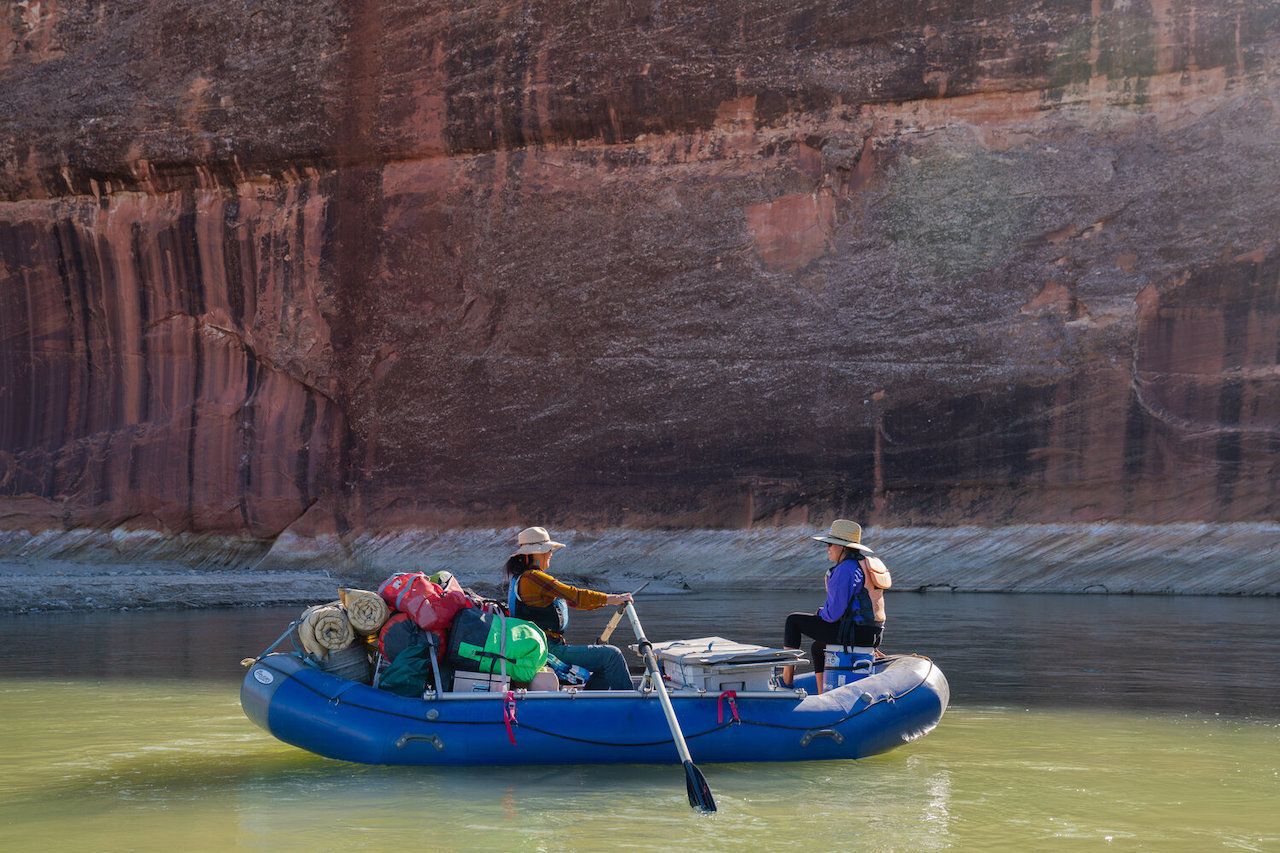 The Cooley family has been particularly passionate about rivers in the Southwest. Colleen’s sister Nikki founded the Native American River Guide and Cultural Interpretation Program at Northern Arizona University in Flagstaff in 2007. It was through this program that Colleen fell in love with rafting and eventually became a river guide herself.

“I felt an immediate connection with the San Juan River, and I just kept on going back,” Cooley says.

She joined as an assistant with operator Wild Expeditions in Bluff, Utah, eventually becoming a lead guide. She has guided the San Juan on and off for the past 10 years and remains captivated by the landscape, the geology, and the calm feeling she gets while on the water.

Now, Cooley and other river recreationists and conservationists are telling their stories through film. The film Water Flows Together, from SpruceTone Films, follows Cooley as she journeys down the San Juan River as it winds past Bears Ears National Monument in Utah. Water Flows Together was recently screened as part of the Just Add Water Project, a series of short films from adventurers and outdoors brands furthering the effort to make the outdoors more inclusive.

The films celebrate diversity in America’s river systems and tackle the issues that face them. They also highlight the role of nature and wild places in shaping the culture of indigenous communities, and the Just Add Water project and its sponsors amplify these voices to highlight the economic impact of America’s waterways — where it is now, and where it could be.

Each film is available to view free of charge: 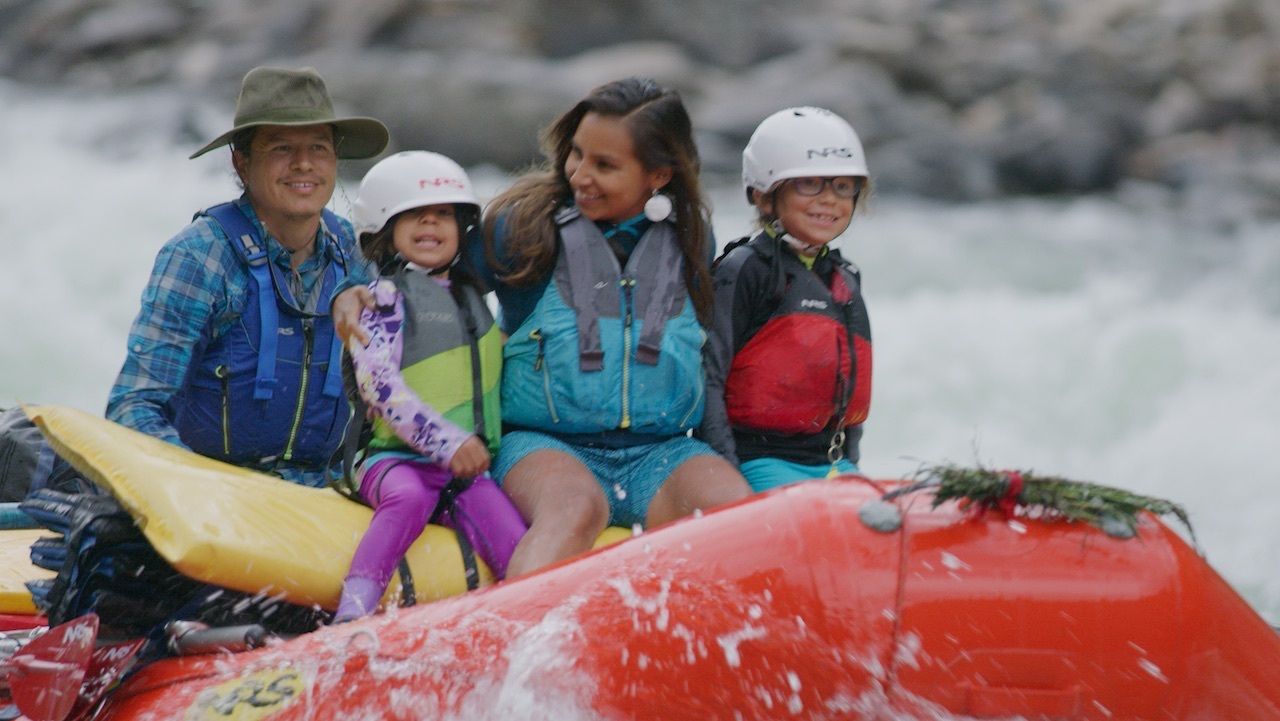 Outdoor retailer NRS and Under Solen Media developed the idea as a way to not only highlight rivers that need protection but also bring forward inclusivity in both the river and conservation communities. American Rivers, which works to protect and restore Americas’ wild rivers, came on board as a sponsor.

“We’ve got to expand the audience for conservation; we’ve got to connect everyone with their rivers and the outdoors,” says Amy Kober, Vice President of Communications at American Rivers. “Representation matters when it comes to who you’re seeing and advertising.”

The original plan was a multi-city tour, but then COVID-19 happened. The project shifted to the web, with proceeds still benefiting local groups, and the online screenings were a hit. More than 200 people attended each, followed by intimate conversations about inclusivity in the outdoors. The videos are now available for free online streaming.

“I think we’ve started some important dialogue, I think we’ve challenged assumptions,” Kober says. “I think we’re getting people to think about the outdoors in a new way.” 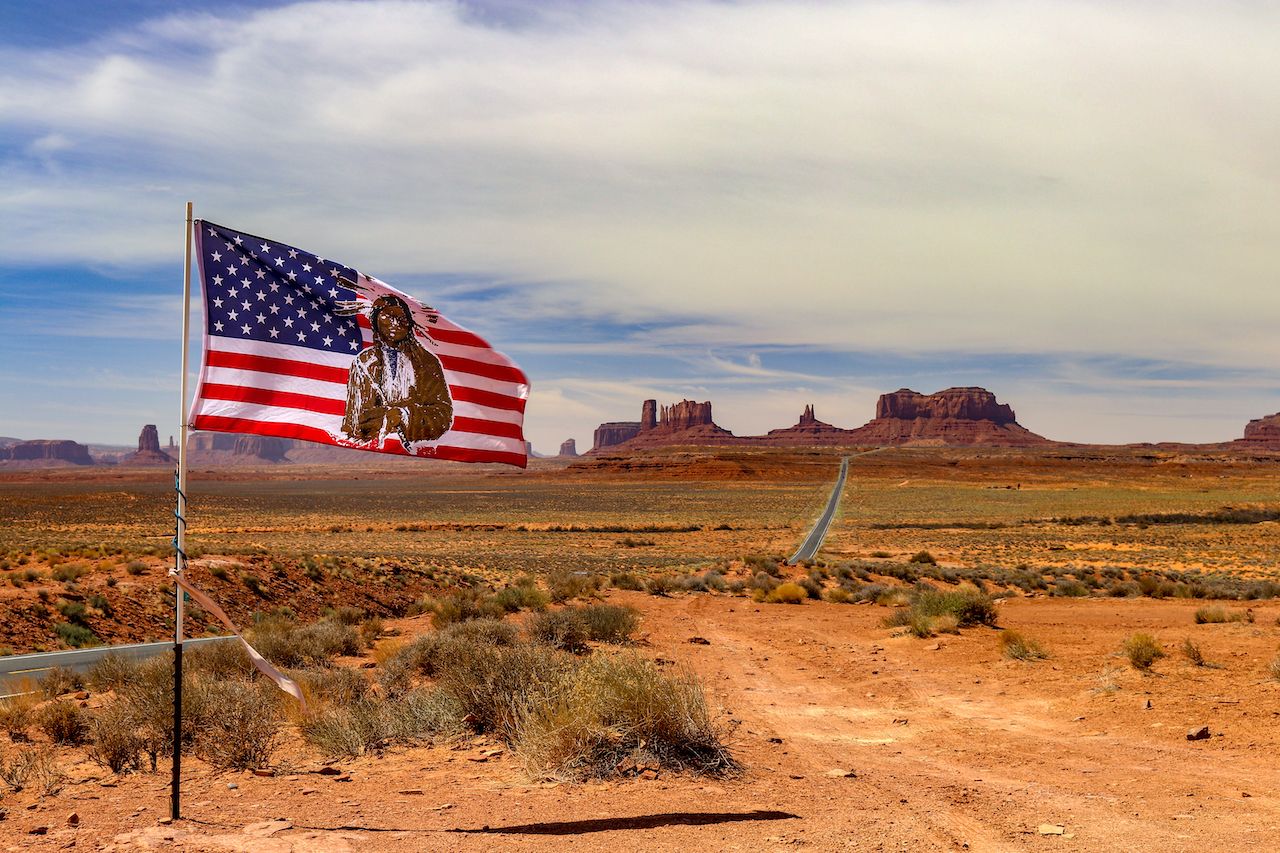 The overall goal of the Just Add Water Project, and of the individual films, is to fight for environmental justice for the communities depending on America’s waterways for their livelihood, their food, and their culture. Many don’t realize that water issues are environmental justice issues, much in the way that energy and carbon emissions are.

“This is absolutely an issue of environmental justice,” Kober says. “It involves treaty rights; it involves many different tribes and their rights to salmon.”

The Snake River in Idaho is a striking example. Four dams on the lower Snake pose a particular threat to these communities and the salmon they depend on. American Rivers is working to have them removed.
“When you look at the cost of those four dams and the benefits they provide, it’s totally imbalanced,” Kober says. “Yes, there are benefits, but there has been study after study showing that you can replace those benefits in a cost-effective way, with energy, irrigation, and barge transportation.”

The river, she says, is key to the region’s entire economy. Recreators flock to the Snake River to raft, kayak, and fish. The communities living on its banks depend on the river for food and irrigation.

“It’s not just about removing dams,” Kober says. “It’s about restoring the river flowing through Nez Perce land and treaty rights, and all that it means. And, the fact that we can make our economy and our infrastructure stronger.”

Where you can go to help 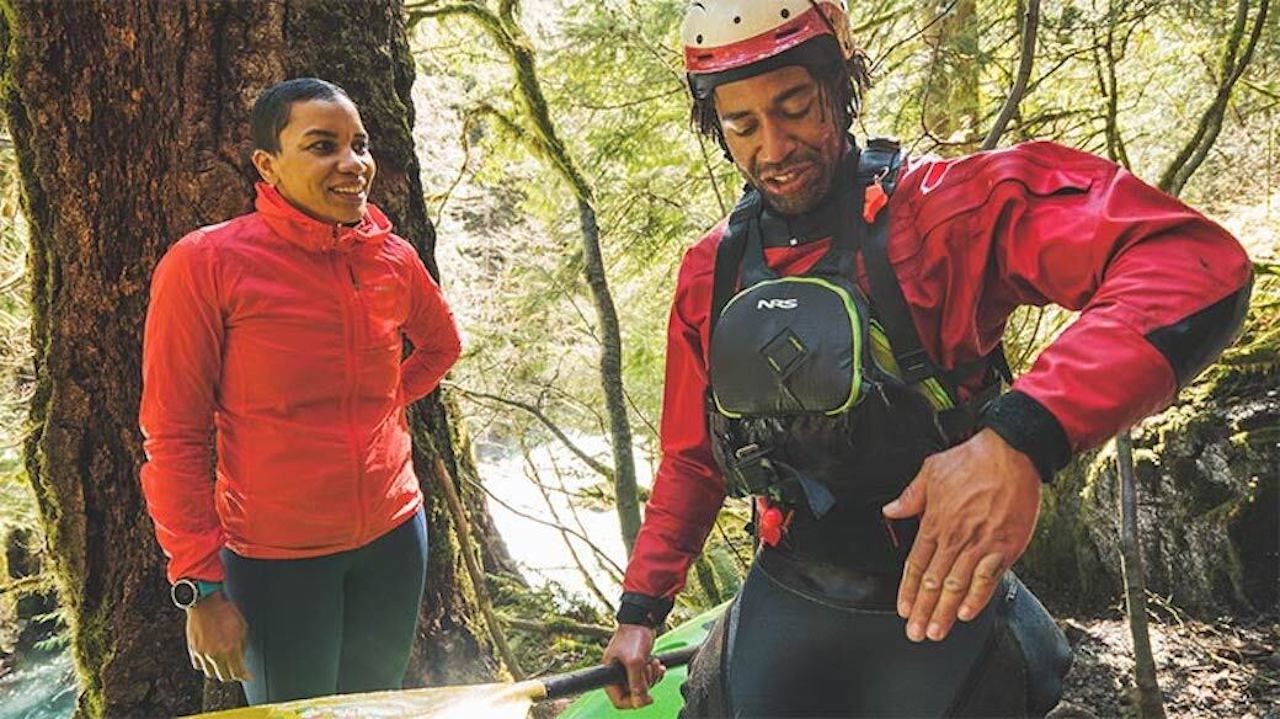 Beyond the power of film, multiple non-profit organizations are working to conserve and protect America’s waterways.

“We’re looking at the future of Just Add Water and asking, ‘Is this something we can keep going?’” Kober says. “As an outdoor industry, there’s a lot of opportunities for learning going on.”

American Rivers has been working for the past couple of years on an inclusivity plan, to be released later this year. It has also developed an ongoing plan for helping the Snake River grow back into the country’s best salmon river.

“There’s no finish line. This is a commitment and it’s going to take everyone working together.”

In this vein, American Rivers released a report to Congress in early July, “Invest in Rivers,” that breaks down the economic benefit of rivers. The report asks Congress to invest $500 billion over the coming decade to support water infrastructure and river restoration, citing the economic benefit in terms of job creation, recreation potential, and environmental restoration to minimize maintenance and emergency services. The numbers are huge — river recreation and restoration currently support more than 130,000 jobs in Colorado alone. You can support the initiative by signing this petition.

A few non-profits work directly with the Navajo Nation and other Native tribes to address the issues that Indigenous communities face, specifically. Referring to the COVID-19 pandemic, Cooley says, “Our communities are vulnerable and affected by this pandemic because we don’t have easy access to water.”

Two organizations Cooley cites as working to address the issue are Dig Deep from the Navajo Water Project, which is raising money to deliver water to Navajo families who do not have tap water in their homes, and Red Feather Development Group, an organization building handwashing stations across the Navajo Nation for families without running water. Additionally, the groups Navajo Yes and Adventures for Hopi work to empower Indigenous youth and hosts a number of educational events.

Cross-sector initiatives like the Colorado River Basin Drought Contingency Plan have long-term routes to conservation, reclamation, and addressing Indigenous water rights — giving a voice to communities that had previously been left out of the conversation.

“A lot of these problems are disproportionately impacting Black, Latinx, and Indigenous communities,” Kober says. “We all need to understand these connections. You can’t just talk about rivers without talking about water equity. If you work together, that’s how we’re going to get these solutions. We’ve been playing defense for a long time, but now it’s time to look forward. What kind of future do we want? Let’s build it.”