Around dawn on Wednesday, July 15, artist Marc Quinn secretly erected a sculpture of Black Lives Matter activist Jen Reid on the plinth in Bristol, England, where last month protestors toppled a statue of 17th-century slave trader Edward Colston. By evening on the same day, Mayor Marvin Rees had announced the Bristol City Council’s plans to take down the sculpture, which was moved to the city council’s museum this morning. 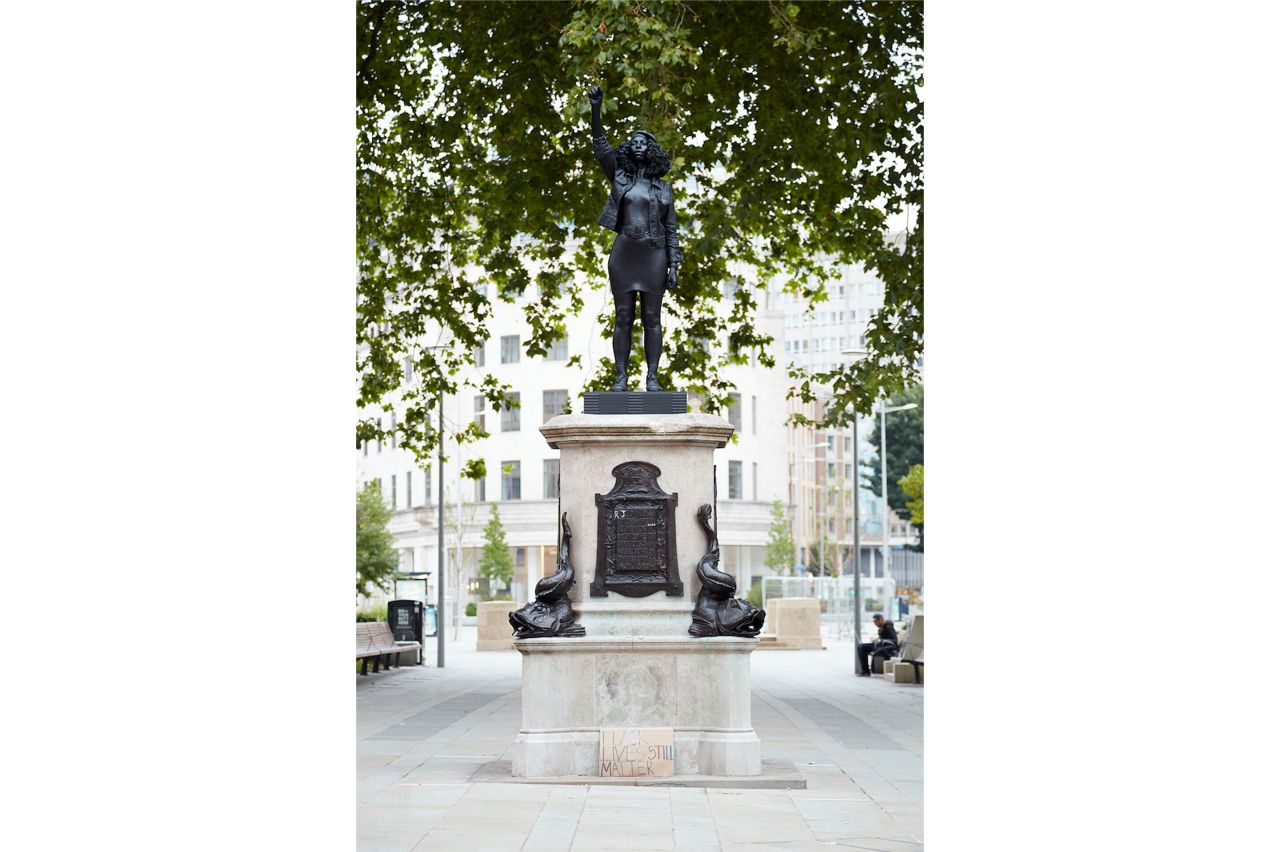 Quinn was inspired to sculpt Jen Reid after seeing an image of her standing atop the empty plinth and raising a Black Power fist after the original statue was torn down. The sculpture, titled “A Surge of Power,” was unveiled to mixed reactions. Most Bristol residents seemed supportive, according to the BBC, with crowds gathering and some taking a knee. Others protested the sculpture, describing it as vandalism.

While the tribute to the Black Lives Matter movement was removed on the grounds that it was installed without permission, Rees said in a statement that it’s ultimately up to Bristol residents what should take its place permanently.

“My relentless commitment is to build a city for all Bristolians, with all our differences,” Rees said. “To this end, the future of the plinth and what is installed on it must be decided by the people of Bristol. This will be critical to building a city that is home to those who are elated at the statue being pulled down, those who sympathise with its removal but are dismayed at how it happened and those who feel that in its removal, they’ve lost a piece of the Bristol they knew and therefore themselves.”