The idea of seeing several major cities like New York City and Los Angeles in a week’s vacation is unimaginable to North Americans, but it’s not laughable for those who reside across the pond, where you can drive between entire countries in less time than it takes to drive the California coast. Overly eager border hoppers run the risk of blowing past some great cities, however, some of which will even make them feel like they’re seeing two countries at once. These European border cities offer twice as much character as more easily defined locales, taking traits and traditions from both their home countries and neighboring nations. Jettison them to the top of your to-travel list if you want to double down on culture and cuisine next time you fancy a trip to the Old Continent. 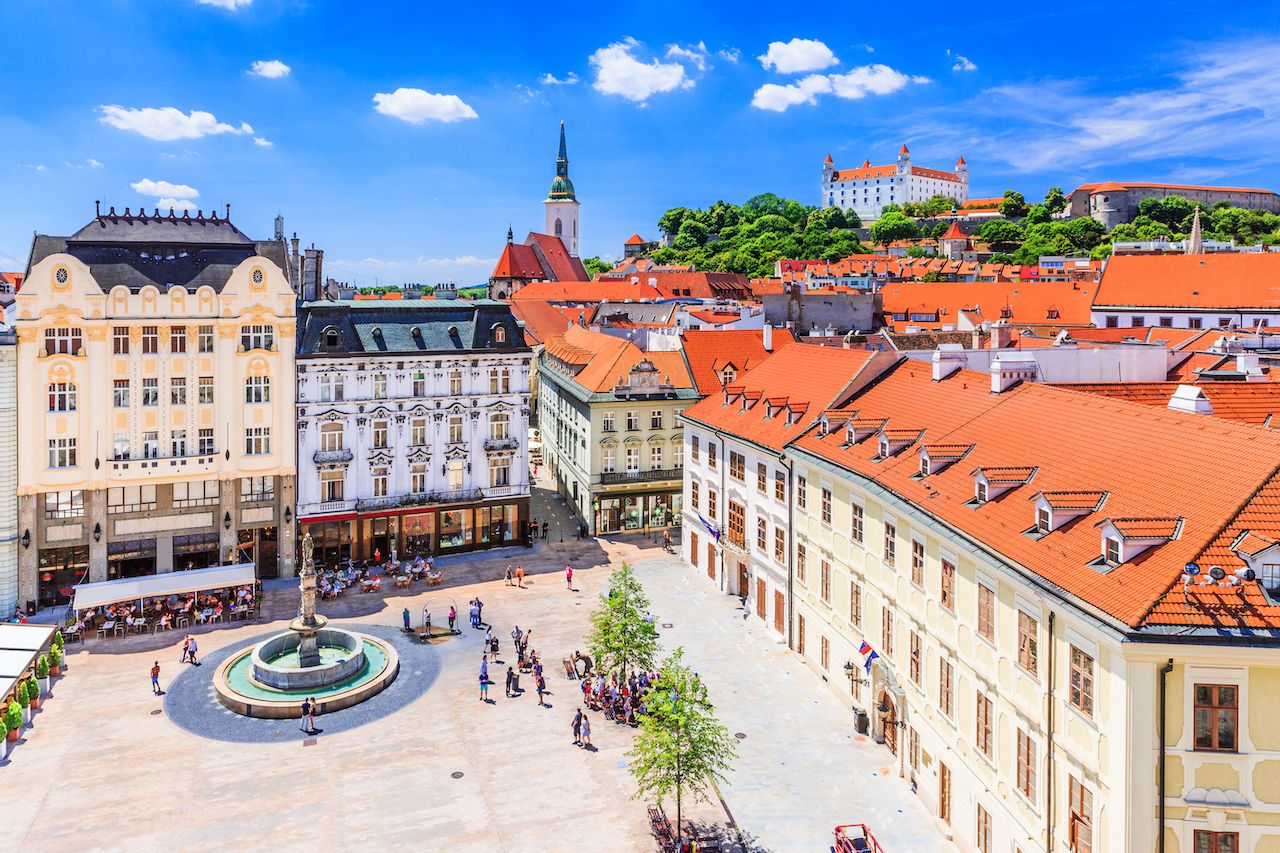 Slovakia’s culture-melding capital borders not one but two nations: Austria and Hungary. It’s only an hour to Vienna by car and roughly two to Budapest. On the Slovakian side, all three countries meet about 15 miles south of Bratislava in a village called Čunovo, where a small monument stamped with an insignia from each nation marks the tripoint. For years, both German and Hungarian were more widely spoken than Slovak in Bratislava, and today, a majority of the older generation still speaks German as a second language.

Nothing betrays Bratislava’s crossroads location more than its architecture and cuisine. Meals tend to be meat-heavy, featuring everything from schnitzel and goulash to potatoes, dumplings, and fresh sheep’s cheese. It’s a flavor profile anyone who has traveled through Central Europe will recognize, yet there’s nowhere better to try a Bratislava roll, a cross between a soft pretzel and a croissant, than in the city that gave it its name. After touring castles, cathedrals, and palaces built by Hungarian nobles, bite into Bratislava’s signature baked good at a cafe, which no doubt lives up to nearby Vienna’s famed coffee culture. Better yet, take dessert down to the Danube at sundown. 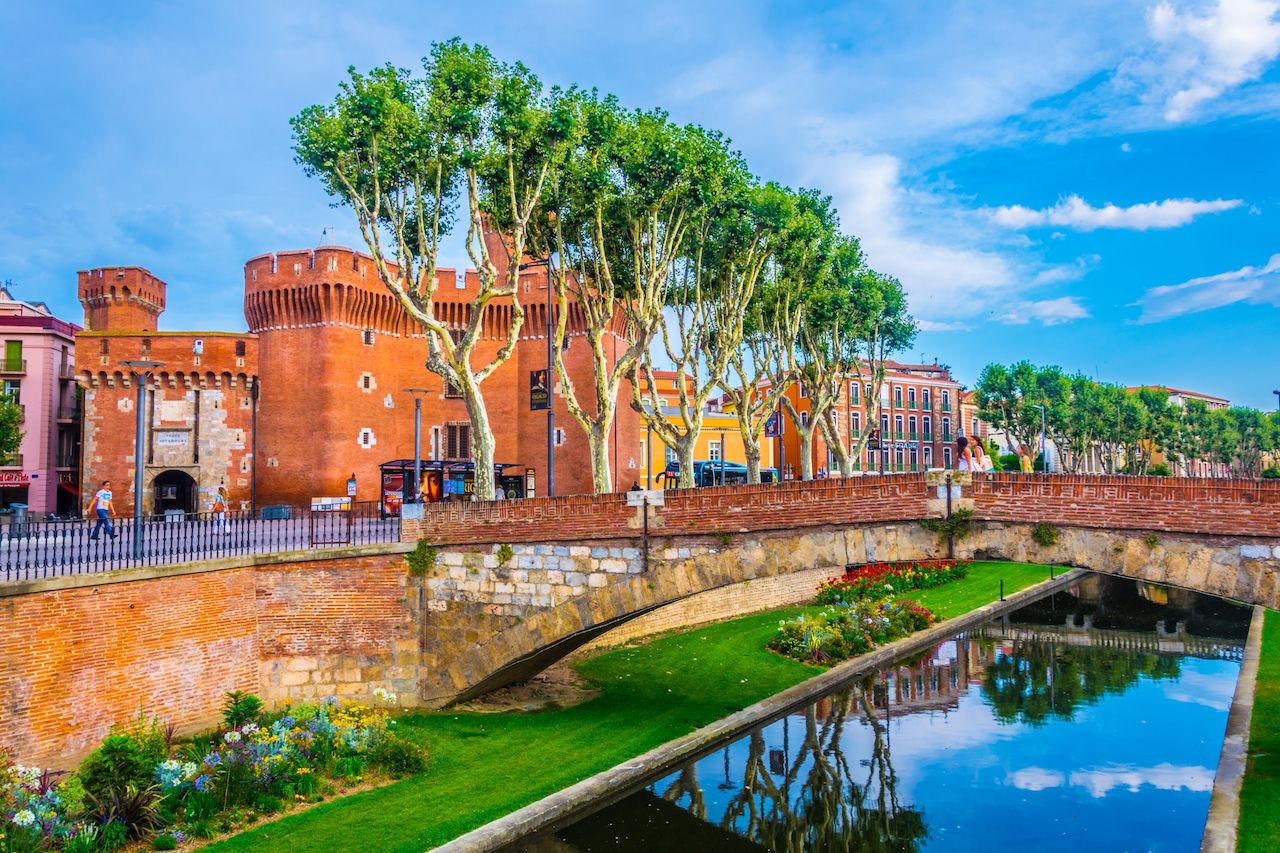 If someone dropped you off in Perpignan blindfolded, you might take one look at the rose-brick Le Castillet fortress when the cover comes off and guess you were somewhere outside Seville. And you wouldn’t actually be that far off, geographically or historically. About 20 minutes from the Spanish border by car, and three hours to Barcelona by train, Perpignan was the capital of the Kingdom of Majorca during the 13th and 14th centuries. To date, the Palace of the Kings of Majorca stands like a sentinel in the old town under the watchful gaze of the Pyrenees, and Catalan structures like Le Castillet showcase the city’s Spanish heritage.

Taking a cue from their fun-loving neighbors, the people of Perpignan are no stranger to a fiesta. The city’s events calendar is full throughout the year, with lively festivals like Les Jeudis de Perpignan, a summer arts fest during which music, dance, and even minor acrobatics take over the city’s bars, bistros, and entire streets. When they aren’t setting the stage for local celebrations, Perpignan’s eateries plate up rustic French cuisine with Catalan influences. 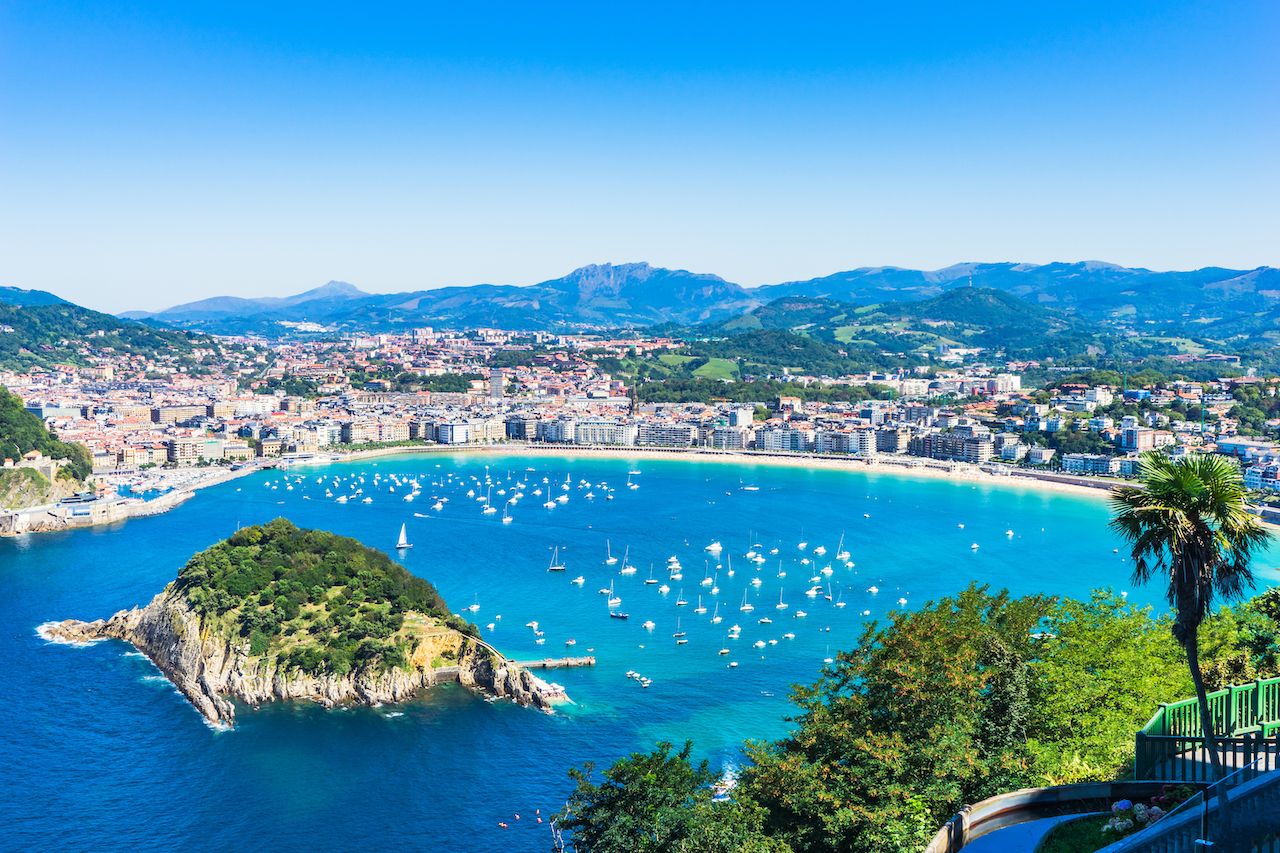 San Sebastián is located in Basque Country, a special slice of Europe where northern Spain meets France that has its own language, heritage, and customs. The city has a fine museum on Basque culture, the San Telmo Museum, though many visitors prefer to make a beeline for the beach. San Sebastián sits on a golden, circular bay that could easily pass for the French Riviera — in part because of its hefty prices by Spanish standards. (It helps that there’s an esteemed international film festival held here every September, too.)

The city rose to fame during the Belle Epoque, when the Parisian architecture of the day left its mark on the city, gifting it grand buildings like the Teatro Victoria Eugenia and Hotel Maria Cristina. Between sightseeing excursions, fill up on pintxos, or Basque tapas, then put on your fanciest stretchy pants for French fine dining at night. San Sebastián has more Michelin-starred restaurants per capita than anywhere else in the world, much of which pays homage to the world-class culinary traditions from right across the border. 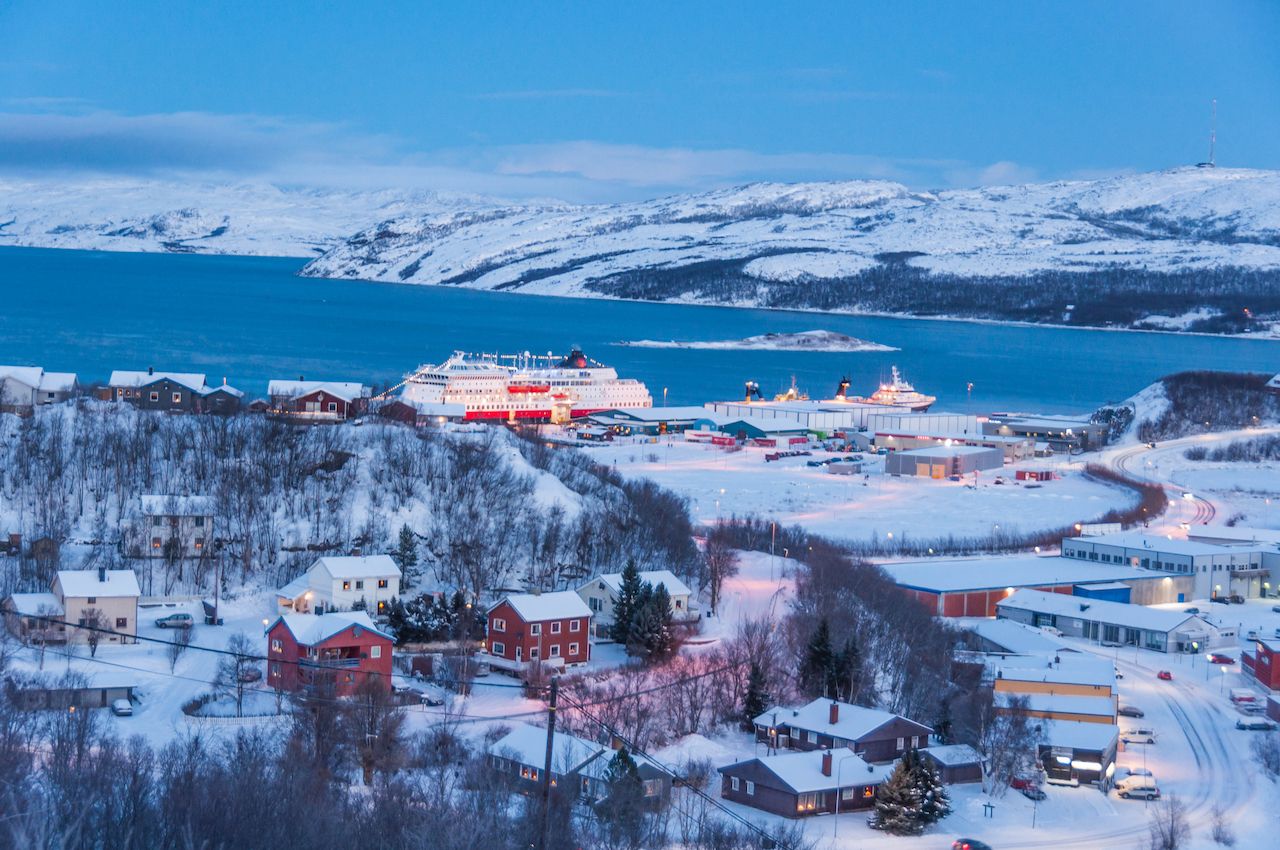 Kirkenes sits just above the Arctic Circle, a stone’s throw from the Russian border and not much farther to Finland. Unsurprisingly, there’s a large Russian population in Kirkenes; on the last Thursday of the month, a Russian market takes over the city’s main square where vendors peddle linens, crystals, and porcelain like you’d see in St. Petersburg alongside quintessential matryoshkas, or nesting dolls. Every year, the proud border city also hosts a border-crossing festival called Barents Spektakel filled with music, cinema, seminars, markets, and more, all in celebration of a border that was closed until the end of the Cold War.

A visit to the Sør-Varanger museum will teach visitors everything they need to know about Kirkenes and its history, shaped largely by Russian rule and conflict, as well as Finnish immigration. When all of that learning makes you hungry, enjoy the city’s mix of Nordic and Russian dishes, as well as Sámi cuisine from the traditional inhabitants of Lapland. 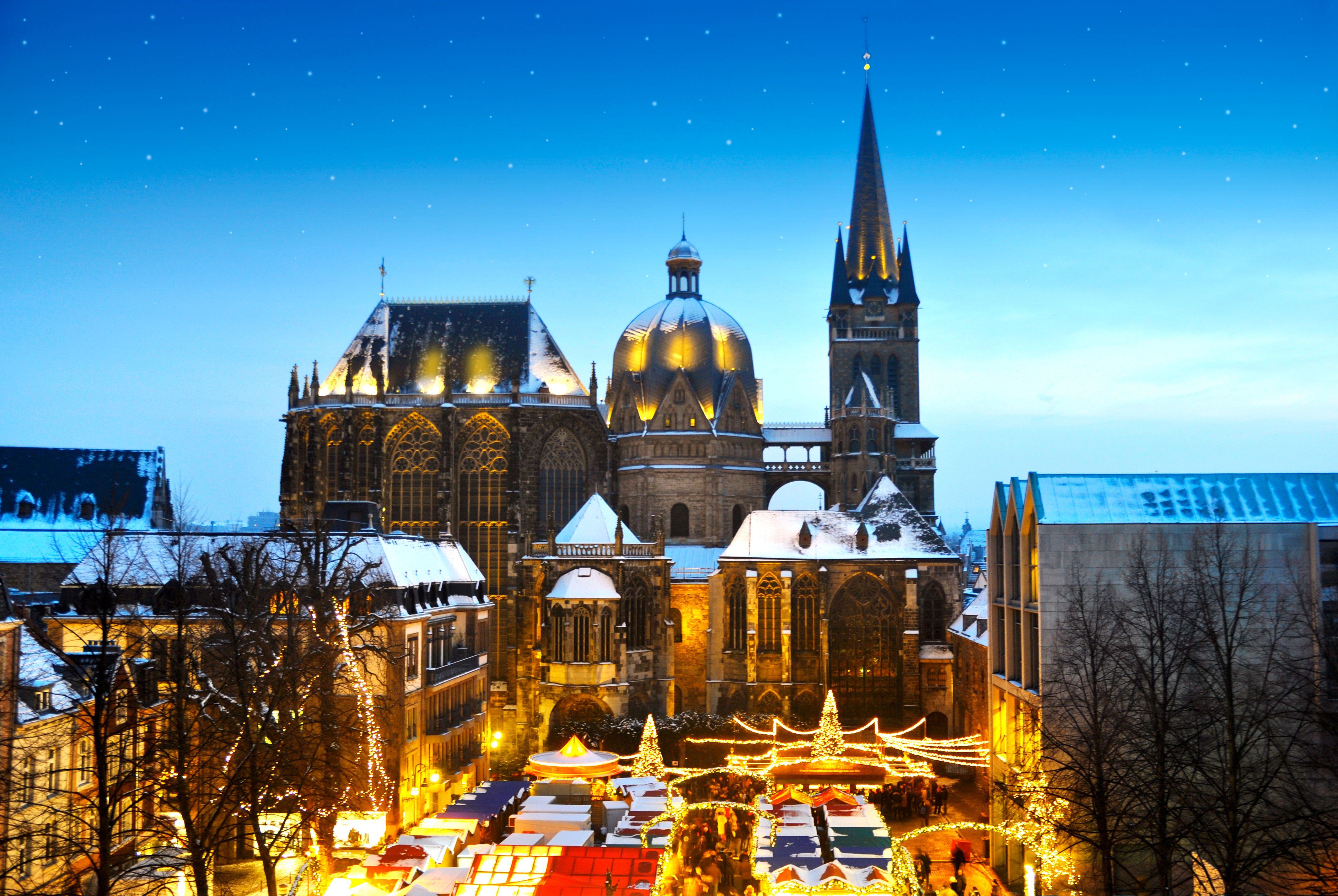 Like Bratislava, Aachen is near a tripoint — only here you’ll see the German, Belgian, and Dutch flags flying. To make a day trip of seeing where the three countries meet, check out the Labyrint Drielandenpunt maze and recreation area, complete with an observation tower on the Netherlands side where you can soak in the scenery of all three nations at once.

The westernmost city in Germany, Aachen can trace its history back beyond Charlemagne, who commissioned the Aachen Cathedral in the late eighth century. It’s a spa town created from an ancient Roman settlement that today houses not only one of the oldest cathedrals in Northern Europe but also an impressive collection of medieval religious artworks at the Aachen Cathedral Treasury. After sightseeing, slip into one of the city’s thermal baths, and before you leave, be sure to try an Aachener Printen. The ubiquitous, gingerbread-like cookie is thought to have been brought over by Belgians in the 15th century and shouldn’t be missed, no matter its origin. 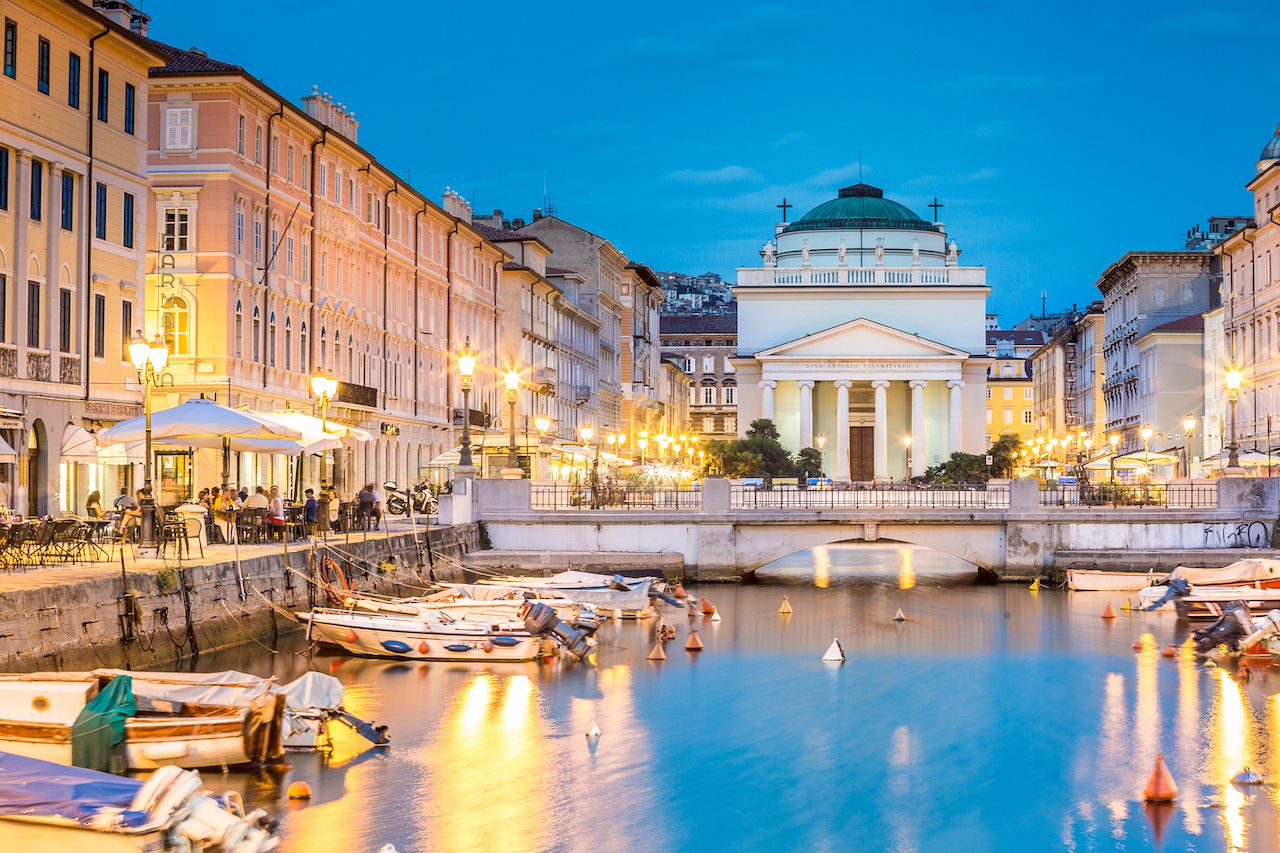 Trieste borders the thin section of Slovenia that juts out into the Adriatic. Immediately south is Croatia, which is under an hour from Trieste in its own right. The city changed hands many times over the years, belonging at different times to the Romans and the Habsburgs, when it was a major seaport during the Austro-Hungarian Empire. Following World War II, Trieste also became a goalpost of the Iron Curtain that divided the Eastern and Western blocs, and it was only annexed by Italy in 1954.

In the glory days of its art scene, Trieste was a literary city. Today, it’s filled with cafes where philosophers and writers from across Europe once mingled, as well as several venues where you can take in theater and opera. Slovenian and Austrian influences aside, Trieste is a veritable melting pot where Serbian Orthodox churches sit around the corner from synagogues and Roman cathedrals. Then, just when you’ve forgotten where in Europe you are, there’s always a wide piazza that’ll remind you you’re in Italy. 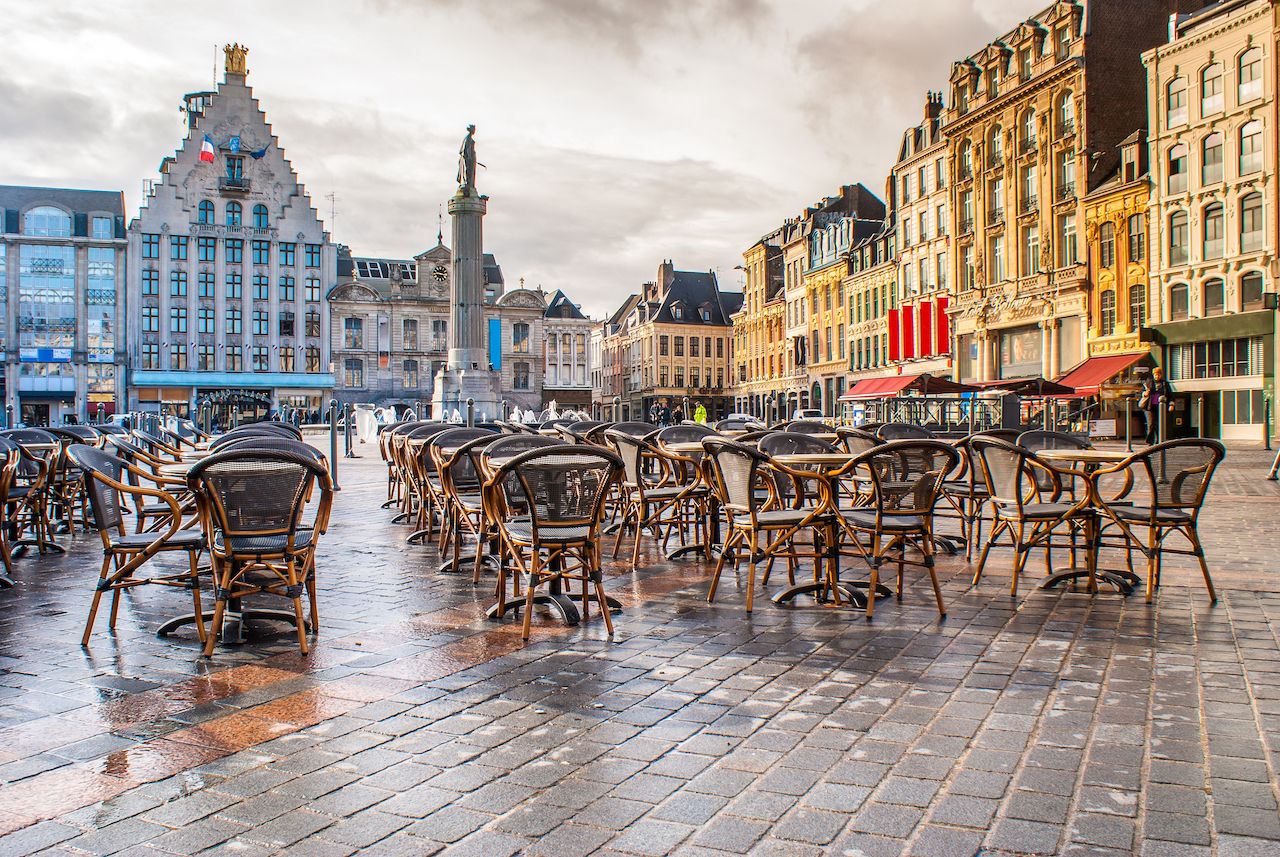 Long overlooked as a mere stopover between Paris and Brussels, Lille is slowly coming into its own as a destination, serving up French city life with a side of Belgian flourish. One of the tastiest ways to experience the culture anywhere is to see what’s cooking. Lille’s kitchens are usually busy stewing things in beer: beef, rabbit, mussels, and so on. Though most think wine when they think of France, the city’s Flemish roots win out in the beverage arena, with blonde ales and malty lagers overwhelming most drink menus. After sampling the city’s favorite cheese, Maroilles, sate your sweet tooth with a Belgian waffle or French crêpe if you prefer pancakes.

When it’s time to sightsee, lean into the city’s cycling culture for an on-the-go tour of the old town, where red bricks and belfries add Flemish flair to the cityscape. Then, just outside the center, visit the Palais des Beaux Arts de Lille to see one of the largest collections of fine arts and antiquities in all of France, followed by a market tour. Lille also has a large student population, which not only makes it feel even more cosmopolitan but also guarantees some good nightlife. Don’t fret if you’re a bit eager with those Belgian beers: There’s plenty of friteries, or French fry stands, open late around the city.

Culture6 Places Where You Can Be in Two Countries at Once
Tagged
Culture Travel Insider Guides Europe
What did you think of this story?
Meh
Good
Awesome