If you think there’s no way you can be in two places at once unless you have access to some Harry Potter-level of witchcraft, you’d be wrong. You can absolutely be in two places at once, and these various locations prove it. Whether it’s an island that manages to be in both the US and Canada simultaneously, or a restaurant sitting directly on the border of France and Switzerland, some places around the world aren’t happy with just one address. Many have complex controversies surrounding their ownership, while others simply take it in stride and embrace their quirky situation. Here are six places around the world where you can literally be in two places at once. 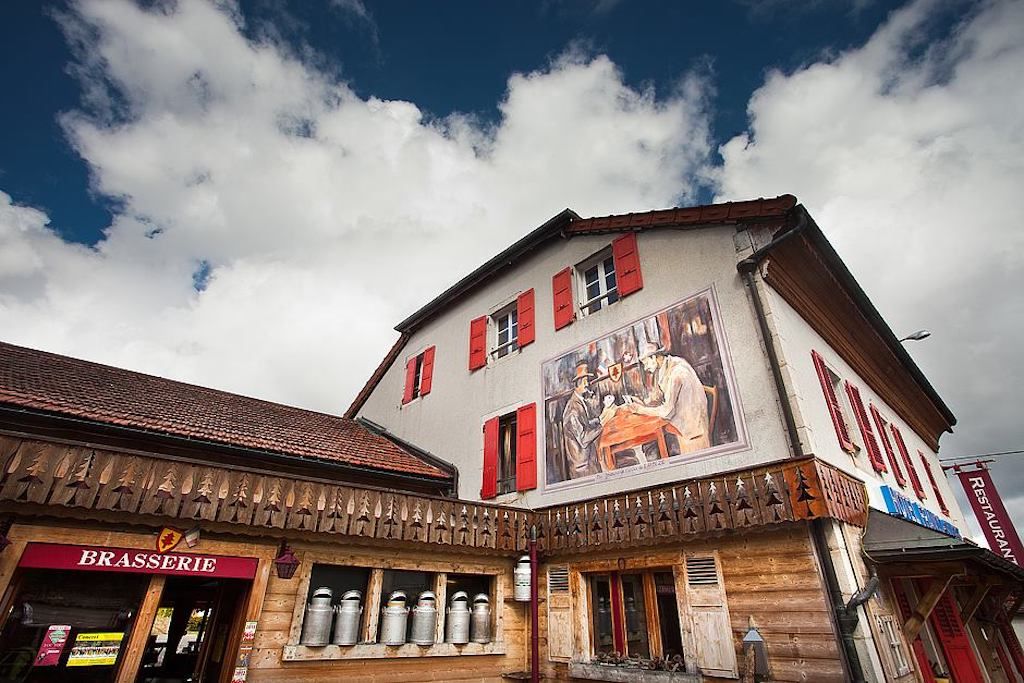 If you can’t quite decide between French or Swiss cuisine, this hotel and restaurant is the perfect compromise. Located directly on the border between France and Switzerland, on the plateau des Rousses, the hotel restaurant L’Arbézie Franco-Suisse is indeed in both countries at the same time. The hotel’s staircase begins in France, but at the 13th step guests will find themselves in Switzerland. Depending on your room, and its orientation, you might even be sleeping in France and showering in Switzerland. And if this eccentricity does not seem confusing enough for you, just wait until you sit down to dinner. The restaurant is split into two parts — a French side and a Swiss side — and you can choose your preference. The French side is a more informal brasserie, while the Swiss side serves gourmet dishes. The truly indecisive, however, can sit at the bar in the middle.

Originally built as a shop in 1863, the hotel ended up straddling the demarcation line after World War II, at the crossroads of neutral Switzerland, the free zone, and the occupied zone. Germans would frequently dine at the downstairs restaurant, on the French side, while the hotel’s owners would hide fugitives upstairs (technically on the “Swiss side”). After peace returned to the area, the hotel and restaurant retained its extraterritoriality.

2. Pettigo — Northern Ireland and the Republic of Ireland 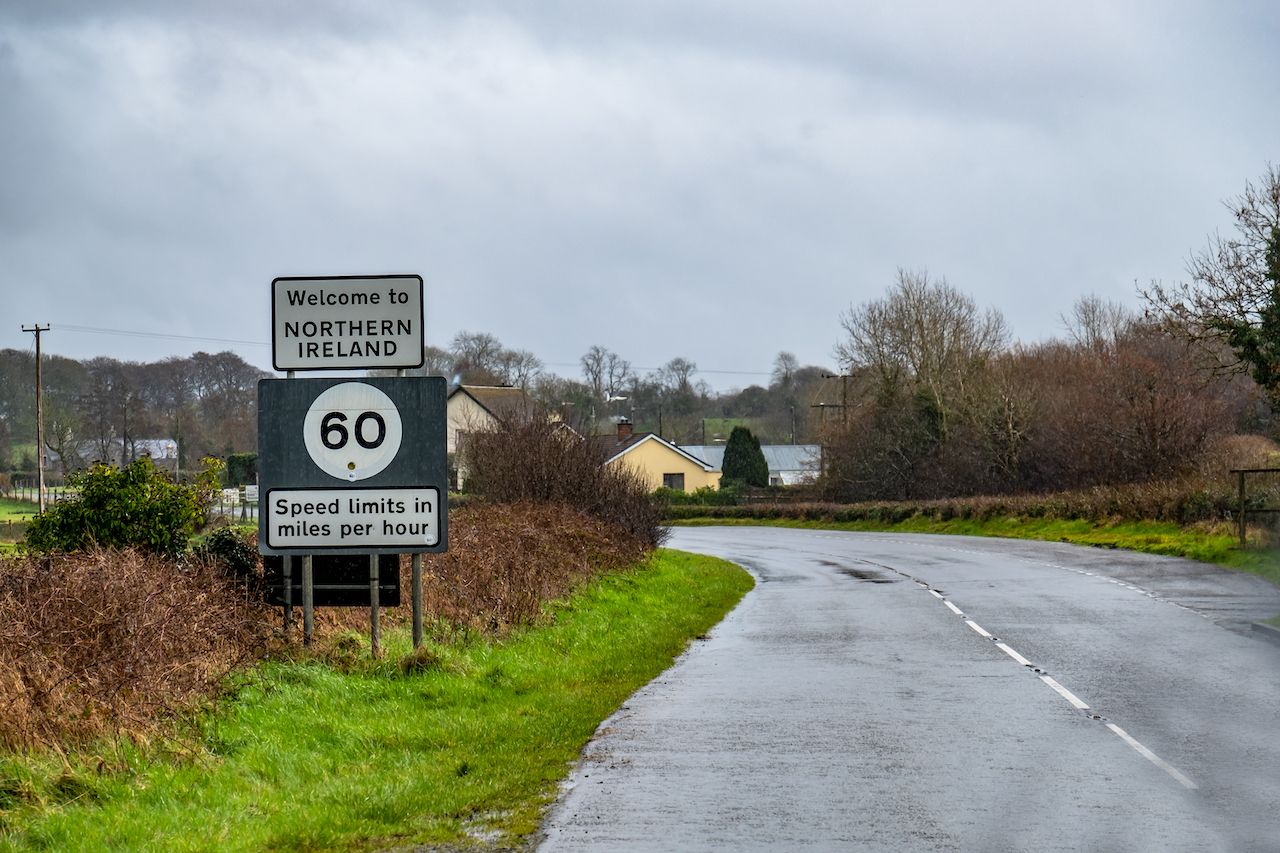 Northern Ireland and the Republic of Ireland have a divisive history, but you could argue that no single town is more divided than Pettigo. The Termon River splits the town in two, with one half belonging to the Republic of Ireland, and the other to Ulster. The 1925 Boundary Commission designated the river as the dividing line between the two countries; it didn’t seem to care that it ran right through the middle of a town.

Despite sharing a name, the two sides of the town are quite different. On the side belonging to Northern Ireland, the British flag waves, iconic red phone boxes dot the streets, and the pound sterling is the official currency. On the other side, the Irish tricolor flag is flown, phone booths are white and blue, and the euro is what will get you a pint of the black stuff.

While no physical border exists between the two sides, it actually came quite close to being a reality back in 1971. Bomb scares had British authorities erect a small wall on the Northern Irish side of a bridge to prevent vehicles from crossing, though this wall was not permanent. Now, the current borer “doesn’t impinge on people’s lives,” according to Queen’s University Belfast professor Margaret O’Callaghan. “Yes, they are two different territorial units, but they were within the EU, and it doesn’t affect the day-to-day living.” This harmonious coexistence may change, however, with the passage of Brexit.

3. Baarle — Belgium and the Netherlands 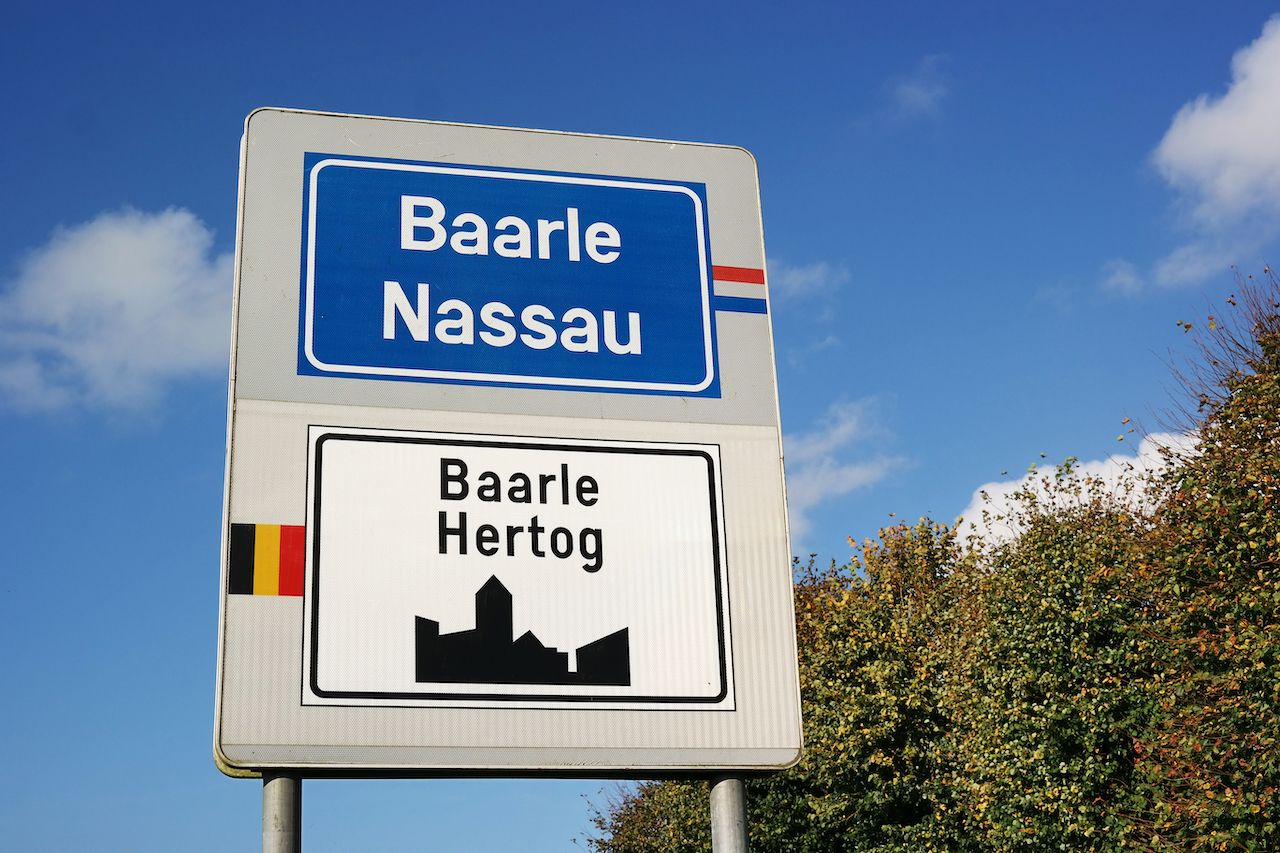 Baarle is probably the most complicated border town in the world. Baarle consists of over 20 separate pieces of land, some incredibly small, with each belonging to either Belgium or the Netherlands. Some enclaves belonging to one country are entirely surrounded by those belonging to the other country.

Reportedly, the confusing borders are the result of various land-swapping treaties between medieval dukes, wherein parcels of land were divided up arbitrarily. These treaties caused borderlines to run directly through some contemporary houses and buildings, and splitting backyards and businesses in half. Each of the two sections are served by their own mayor, police, and fire station. Homes and businesses that do occupy both countries pay their taxes according to where their front door is situated, and some restaurants even have tiles marking the boundary between the two countries.

4. Cornwall Island — Canada and the US 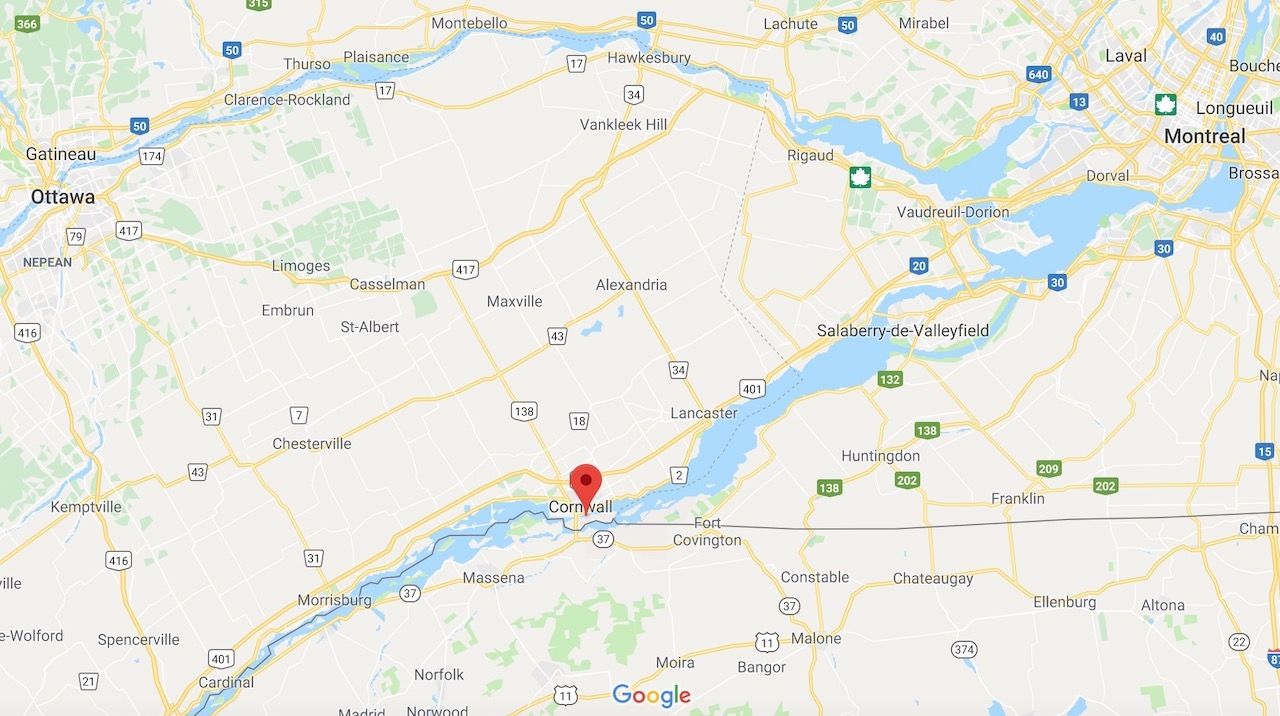 Part of Akwesasne Mohawk Nation territory, Cornwall Island is located in the middle of the St. Lawrence River, which winds through a few different territories. Given Cornwall Island’s unique position, it actually straddles a no man’s land between Ontario, Quebec, and Hogansburg, New York. For Americans seeking to visit the island — and be in two Canadian provinces at once — it’s actually rather difficult. Customs and immigration was moved from the island in 2009, after the Mohawks protested Canada’s decision to arm their officers. As a result, US tourists must drive over a bridge to reach the island, another to go through customs, and a third to return home. A small interpretive center on the island has artwork, literature, and informational panels for visitors to learn more about the Akwesasne Mohawk Nation. There’s also the Native North America Travelling College, which hosts workshops on native crafts, as well as festivals and other gatherings in its amphitheater. 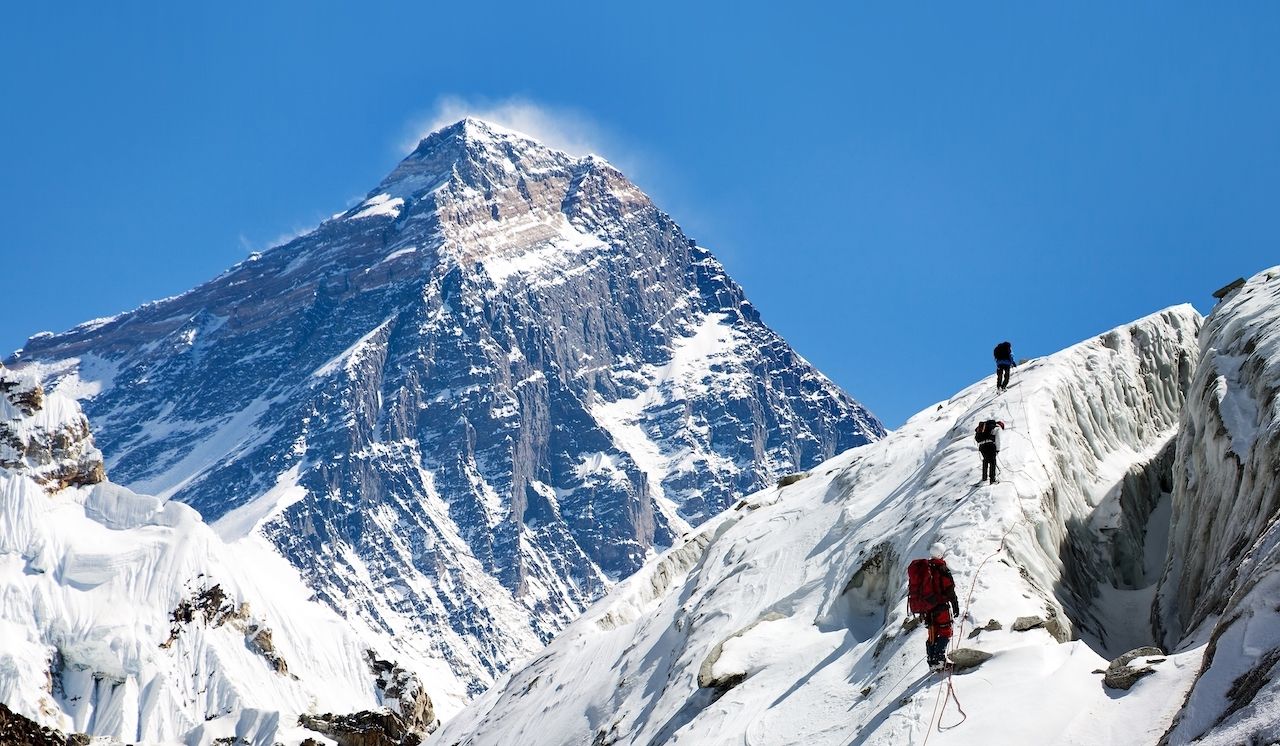 The world’s highest mountain is so massive it spans two countries, and its peak is actually in both at the same time. If you’ve ever looked into hiking Everest, you know that you can tackle the mountain from either the north side in China or the southern side in Nepal.

Neither is easy to access. The Nepalese trek will cost you about $11,000 for a climbing permit, and though obtaining permits from China is cheaper, it’s also known to be far stingier with the number of permits it issues. Regardless of which route you take, once you reach the peak, you will actually be standing in both countries at the same time. So if scaling the mountain itself wasn’t accomplishment enough, you can also brag that you had one foot in China and the other in Nepal. 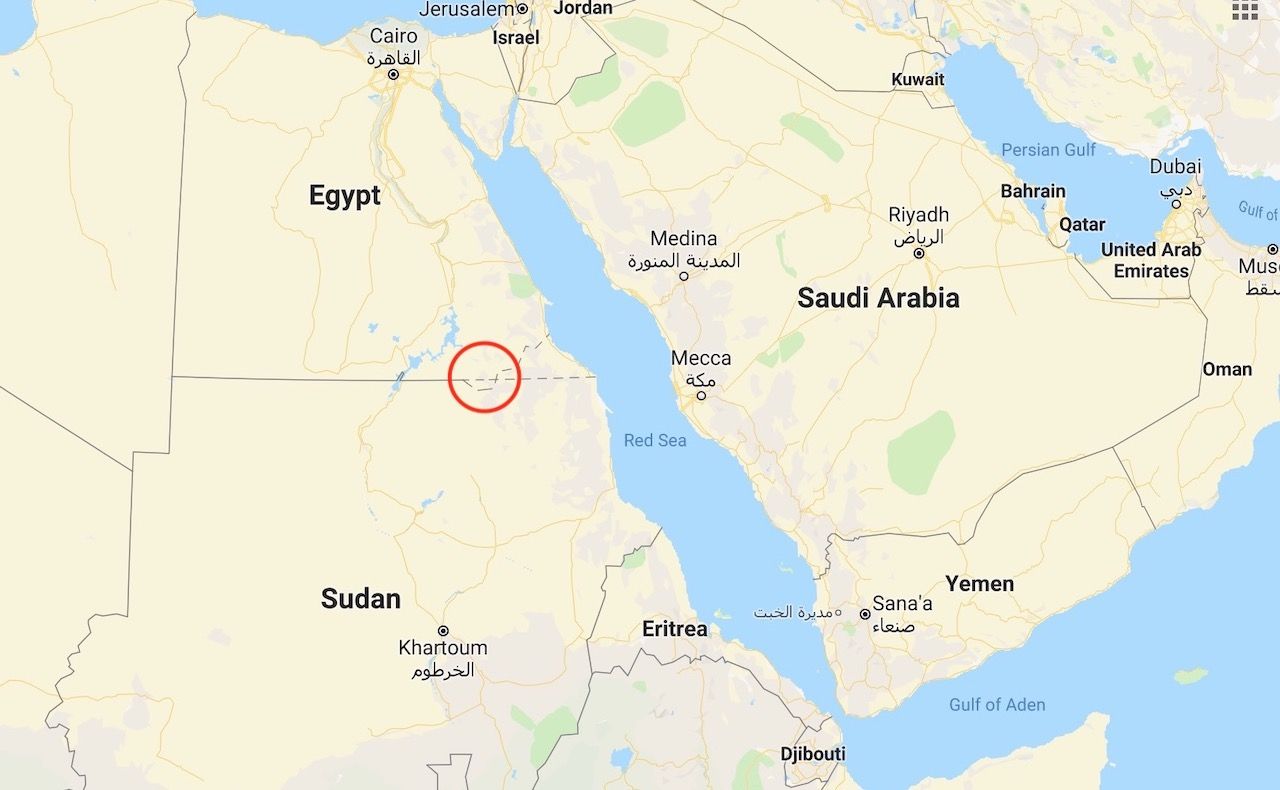 Whereas most territorial disputes involve countries’ competing claims to the same town or piece of land, this particular dispute is exactly the opposite. The conflict over Bir Tawil, an 800-square mile plot of land between Egypt and Sudan, isn’t over which country owns the territory, but over which country doesn’t own it. This is because Bir Tawil is basically a chunk of desert, and owning it is useless.

Back in 1902, a revised map of the region was drawn up by the British, which awarded Egypt Bir Tawil and Sudan the Hala’ib Triangle — a fertile area coveted by both countries. Since Bir Tawil is a pretty useless, infertile piece of land, Egypt has been fighting this arbitrary territory designation for years and laying claim to the Hala’ib Triangle. Egypt has renounced all rights to Bir Tawil, and Sudan doesn’t want it either. This makes Bir Tawil one of the last truly unclaimed pieces of land on Earth. Not because it’s hard to access or multiple countries are vying for ownership, but because countries are battling over who doesn’t own it. If being in two countries at once is considered unique, being in zero is downright impressive.

National Parks7 Psychedelic Places in Nature That Look Like They Could Be on Another Planet
Tagged
Culture Travel Trip Planning
What did you think of this story?
Meh
Good
Awesome