Brazil is a country that keeps on surprising us with its natural wonders. It doesn’t just have lush rainforest, island-dotted archipelagos, beach towns, and the world’s largest tropical wetland. Brazil is also home to the largest dune field on the continent, a vast expanse of pale sand knolls that, for half the year, contain tens of thousands of lakes — some a piercing blue, others a vibrant green. Despite its stunning beauty, Lençóis Maranhenses still receives relatively few tourists compared to locations in Brazil’s southern regions. It’s a place where you could lose yourself in a landscape that looks like it belongs on another planet.

How the Lençóis Maranhenses’ dunes formed 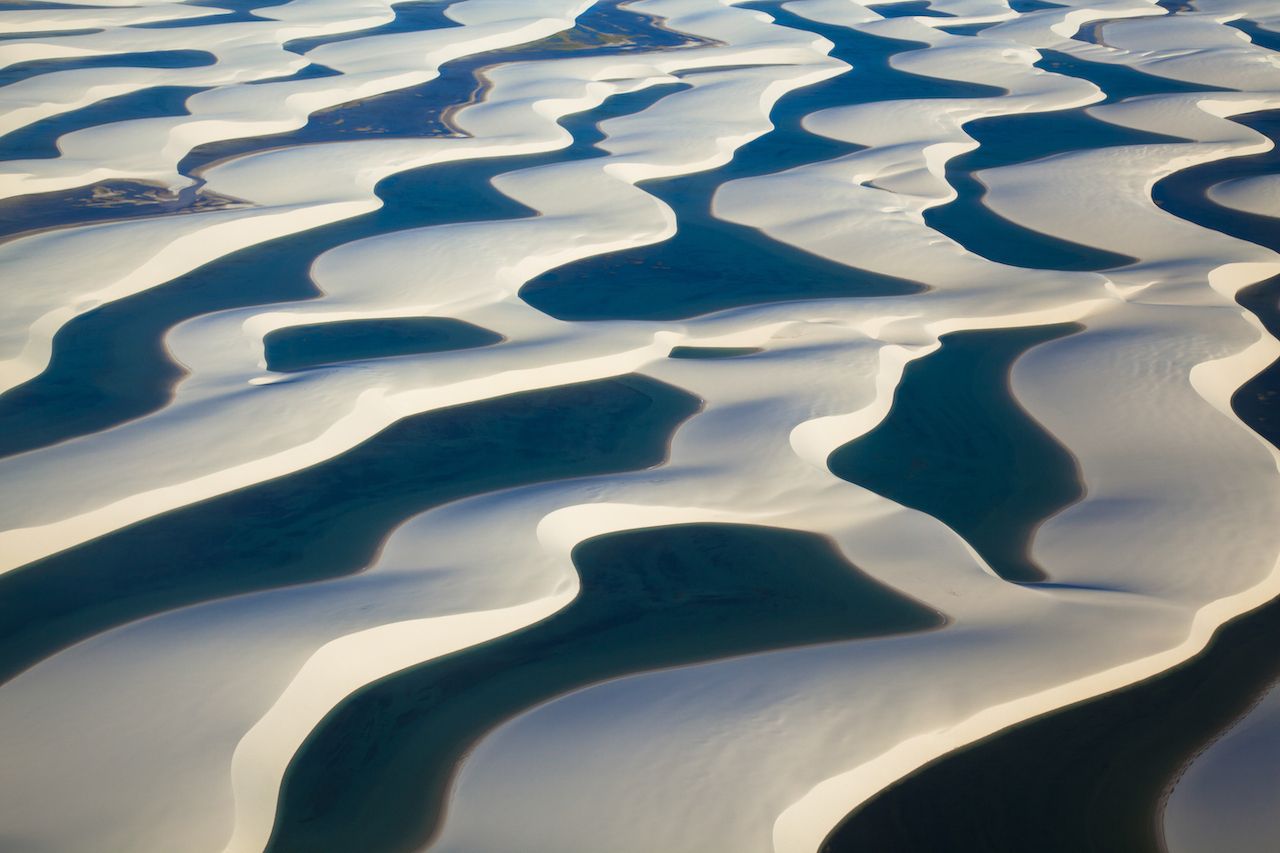 Lençóis Maranhenses literally translates to “sheets of Maranhão,” Maranhão being the northeastern Brazilian state where the dunes are located. The “sheets” part comes from the fact that, seen from above, the dunescape looks like a huge crumpled bed sheet.

Measuring 350 square miles, the dune-filled expanse is formed by a particular accumulation of sand brought in on westerly ocean currents. The sand sediments are composed of up to 95 percent quartz (silica), meaning they are very loose and light. The strong seasonal winds here mean the sands are continuously moving and shifting. In high winds, the dunes can move up to four inches a day.

Over thousands of years, strong winds have blown the sands inwards as far as 30 miles. Despite, at first glance, looking like a desert — with sand as far as the eye can see and not much vegetation — the Lençóis Maranhenses area is anything but. While deserts by definition get fewer than 10 inches of annual rain, this area gets nearly 50 inches of rain, mostly in the first half of the year.

So much rain falls between February and May that fresh water can get up to 15 feet deep. The humidity during these rainy months keeps the dunes from moving much, allowing nearly 40,000 lakes to form — although the exact number varies by year. The dunes are part of a larger area that encompasses the Lençóis Maranhenses National Park. Beyond the dunes, the park, established in 1981 and measuring 600 square miles, also contains beaches and mangrove wetlands that are home to dozens of species of reptiles and migratory birds. 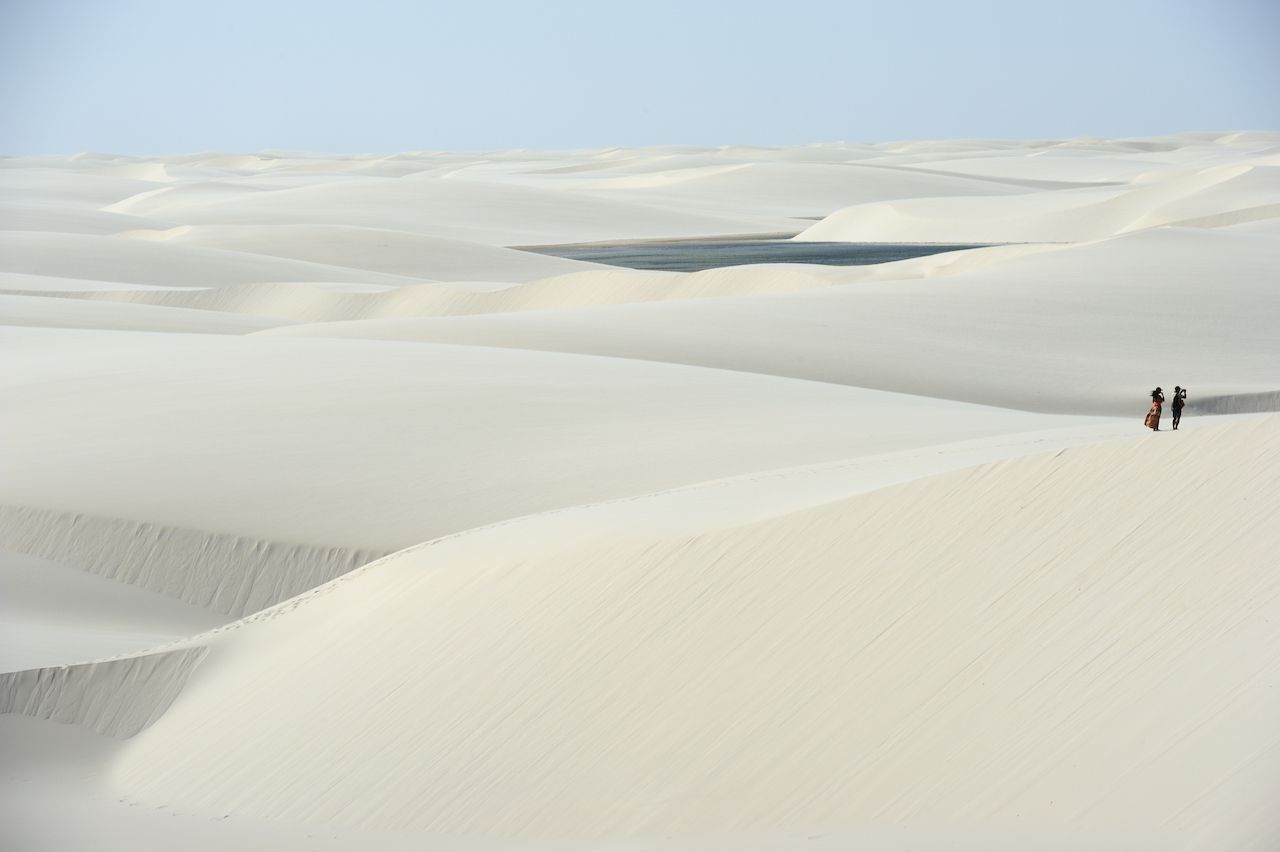 No roads run through the park, so the best way to get an overview of the dunes is via a ride on 4×4 vehicles especially outfitted for the sand and lakes, including with snorkels. You can book excursions through local guides such as Miratur Viagens. Other options for exploring include by horse or ATVs.

Another incredible way to visit the park is on a multi-day trekking tour where you sleep in tents in the park. In fact, you may even start walking before dawn to avoid the hottest hours of the day. Given that you are literally two degrees south of the equator, you will appreciate a break from the intense sun. You are far from cities here, so the stars can be quite spectacular; on the other hand, when the moon is full over the pale sand, it feels like you could read a book under the moonlight.

You can go with an international company like Amazon Adventures or find one of many local operators based in the town of Barreirinhas. No matter what, be sure to take a guide with you rather than trekking on their own: The vastness of the dunes can be disorienting and travelers have been known to get lost there. No matter how you walk, apply copious sunscreen and bring plenty of water. Also, paradoxically, you may find that the easiest way to work your way across the dunes is actually barefoot. Despite the relentless sun overhead, at the right time of year the continuous winds blow off the top, hot layer of sand — leaving the dunes perfectly walkable without shoes. 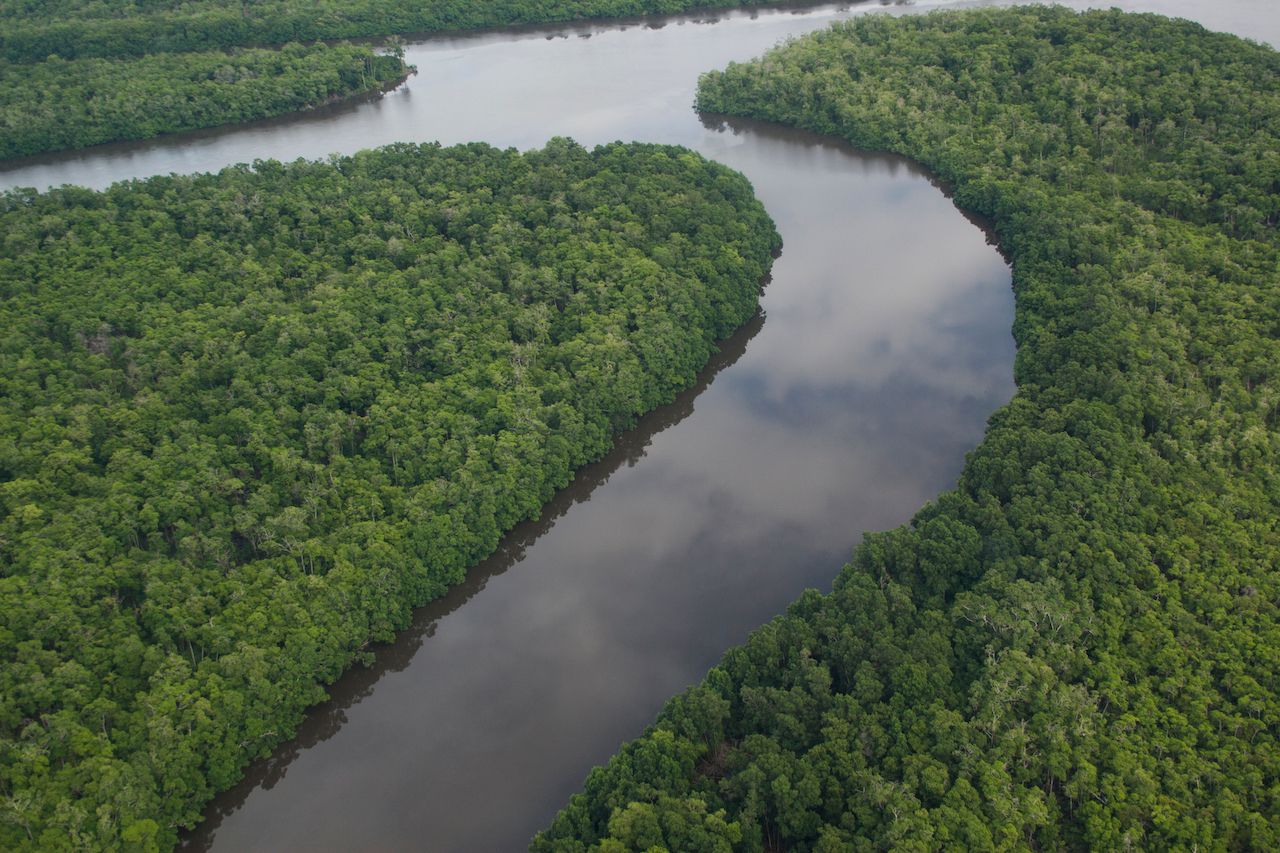 When the water level is high, you can also swim in the clear lakes. A nice way to do so is to slide or run down the dune right into the refreshing, sometimes rather warm, water. Surprisingly, several of the lakes have fish. Sometimes it’s because they interconnect with other lakes, but it can also happen because of a species of fish that lies dormant below the sand during the dry season. There’s freshwater below the dunes — a source of well water for local villagers — which creates a nice muddy home for the dormant fish.

Also, at the south end of the dunes lies the Rio Preguiça, or Sloth River, named after the slow-moving mammals native to the region, which winds its way alongside mangrove swamps. You can rent kayaks or paddleboards to explore the river in the nearby fishing village of Atins, dotted with coconut palms. Beyond all of the unexpected fish in the lagoons, the national park is also a part-time home to a variety of migratory birds. You’ll see slider turtles and sea turtles, and while kayaking through the mangroves you may spot alligators as well.

In recent years, Atins has seen the arrival of kite surfers from around the world. Given the consistent winds from June through to January, the area has become one of the most popular places on the continent for kitesurfing. Beginner and expert kiters can practice on calm lagoons that appear when the tide goes out, at the rivermouth, or out on the ocean itself. Plenty of kiteboarding schools and rental shops have popped up in Atins.

When to go and where to stay near Lençóis Maranhenses 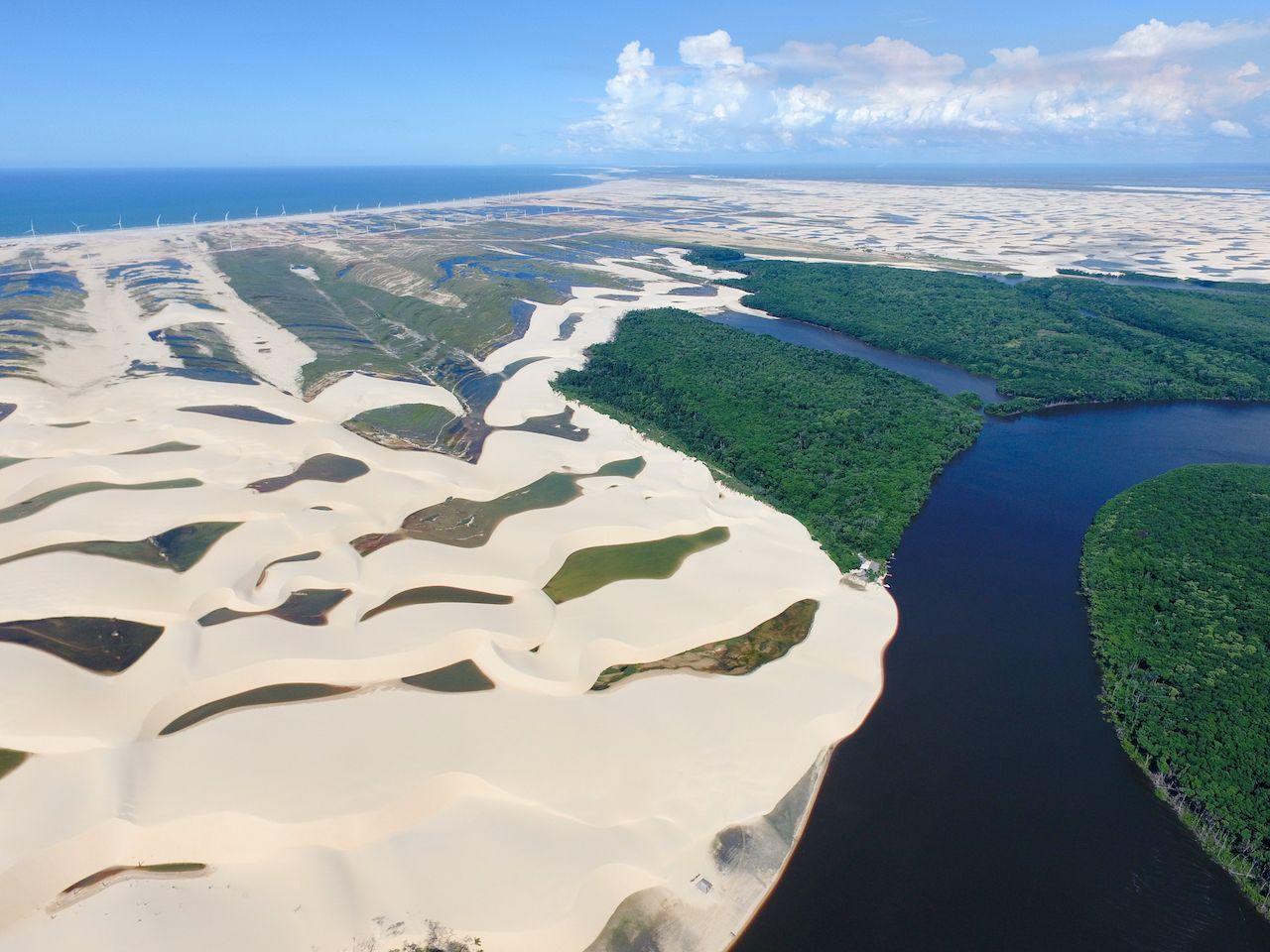 After the rains begin to dry in June, the water level on the lakes slowly begins to diminish, and by November, only two lakes are left: the Lagoa do Peixe (Fish Lake) and the Lagoa da Esperança (Lake of Hope). The winds start to pick up in July, eventually reaching over 40 mph. May to September is the best window to visit the park, with June, July, and August being the optimal months — in terms of cooler weather, less rain, and still plenty of water in the lakes.

Flights arrive into the city of São Luis from other Brazilian cities and even from the US. From there you can take a very small prop plane to Barreirinhas or just take the four-hour drive.

The best way to reach the park is to get to São Luís, a former colonial city about four hours from Lençóis Maranhenses. If you are staying in Barreirinhas, your accommodations can arrange a pickup from the São Luis airport.

Barreirinhas, located on the south side of the Preguiça River, is a convenient hub as several tours depart from there, and there are many hotel options. For more rustic charm in less developed locations, you could consider the villages of Atins — on the south side of the park and across the river from Barreirinhas — or Santo Amaro on the north side of the park. If you plan on trekking across the park, Atins or Santo Amaro might be good options, as guides often lead the treks from one village to the other.

Art + ArchitectureThe 8 Most Beautiful Small Towns in Brazil
Tagged
Parks + Wilderness Brazil
What did you think of this story?
Meh
Good
Awesome