The bad thing about watching Shark Tank is that you come away from each episode feeling like an idiot.

Oh, you thought your invention idea was cool? Well, these guys invented a sustainable water bottle that regenerates water out of thin air, sold 100,000 units to NGOs helping Sudanese children, and they still didn’t get a deal because Mark Cuban found a tiny hole in their business plan. Shows like Shark Tank makes people believe that to be successful inventors, they have to be accomplished businessmen, salesmen, and creative geniuses — you don’t. In fact, it probably helps to be an amateur.

The Japanese have mastered the art of Chindōgu — simple inventions made from everyday gadgets, and which look almost too simple to function. That’s right, there’s a whole word dedicated to useful inventions that would be handily rejected on Shark Tank. Created by magazine editor Kenji Kawakami, Chindōgu refers to Japanese inventions that solve everyday problems, but which appear completely useless. We’ll let you be the judge. Whether it’s a special plastic “butter stick” to help you spread butter or a suitcase that folds into a desk, these are the brilliantly simplistic Japanese inventions you should put on your wish list. 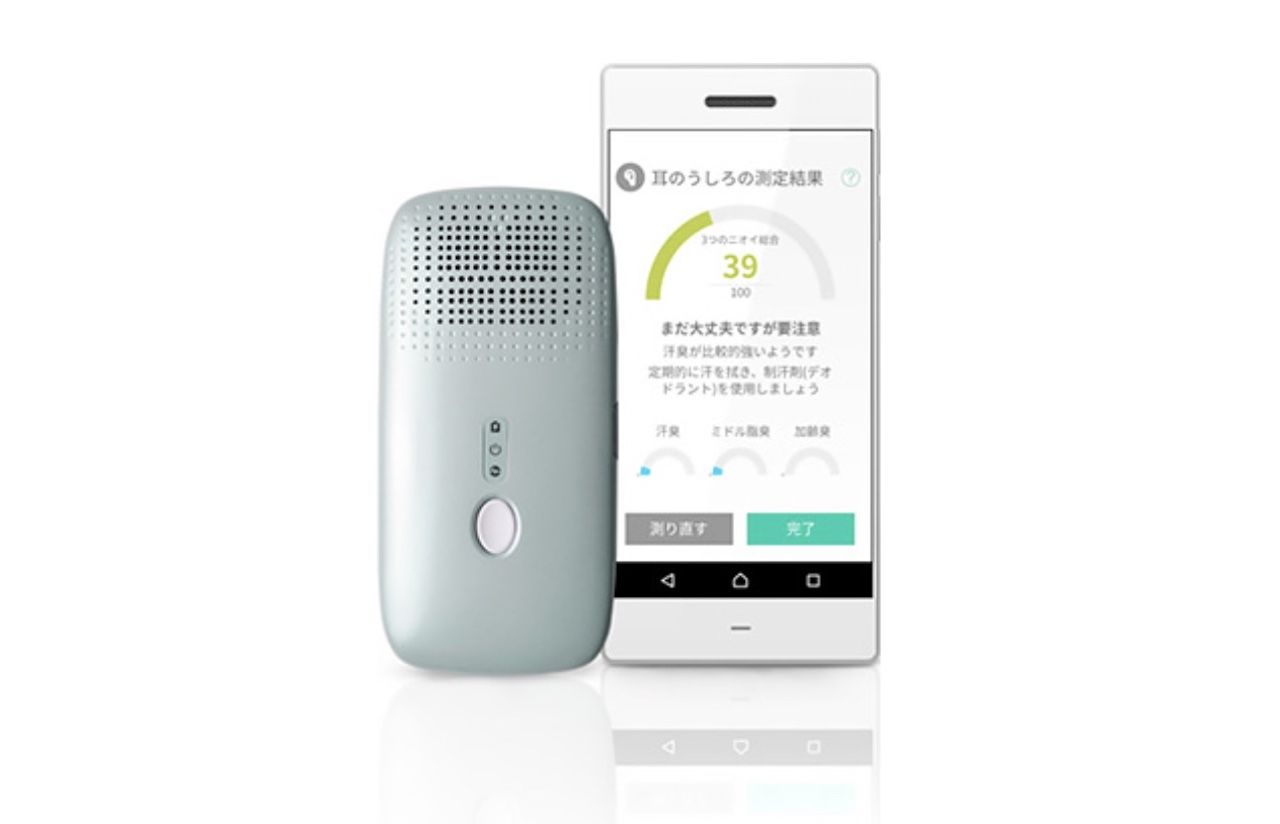 Travel is a sweaty business. Sit on a plane for four hours, and you’ll find yourself drenched in sweat for no apparent reason. Since embarrassing yourself in front of the complete stranger next to you would be social suicide, you’d better check if you’re emitting a foul stench. You can’t sniff yourself, obviously, or everyone would assume the worst. The only rational way to figure out if your sweat is producing a smell is by purchasing this Body Odor Checker. It links to an iOS and Android app that helps you measure your odor levels, to make sure you’re not being a silent nuisance to those around you. Or you could just, you know, apply deodorant in the morning. 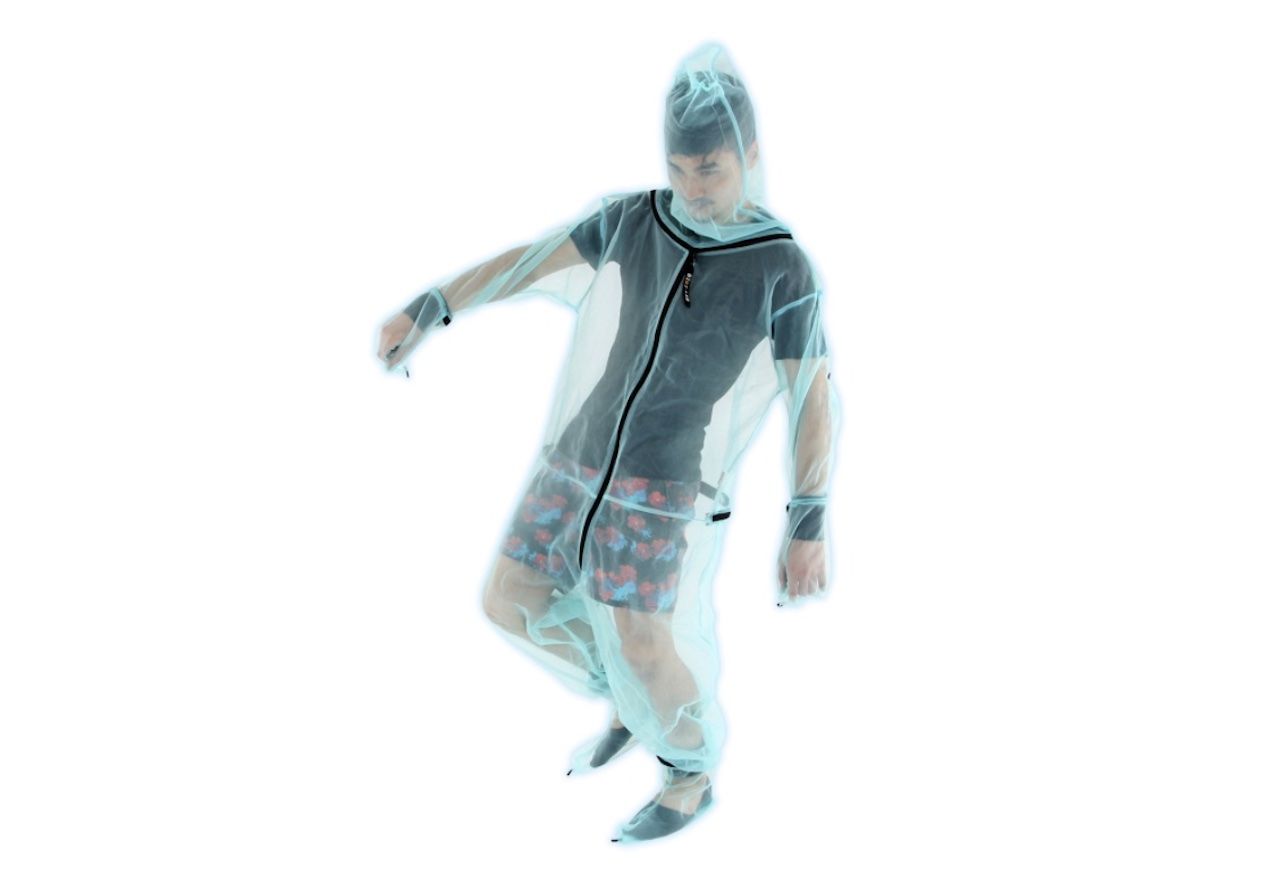 This one’s perfect for anyone who lives in a muggy climate, is traveling to a mosquito-plagued region, or wants to get ahead of next year’s Met Gala fashion trends. Rather than taking 30 seconds to apply bug spray, now you can don a full-fledged, foolproof suit to keep the mosquitoes away. The full body polyester mesh suit might not be the most comfortable to sleep in, but at least you won’t have to worry about mosquito netting anymore. And you’d better hope a bee doesn’t somehow sneak its way inside, or you’re pretty much screwed. 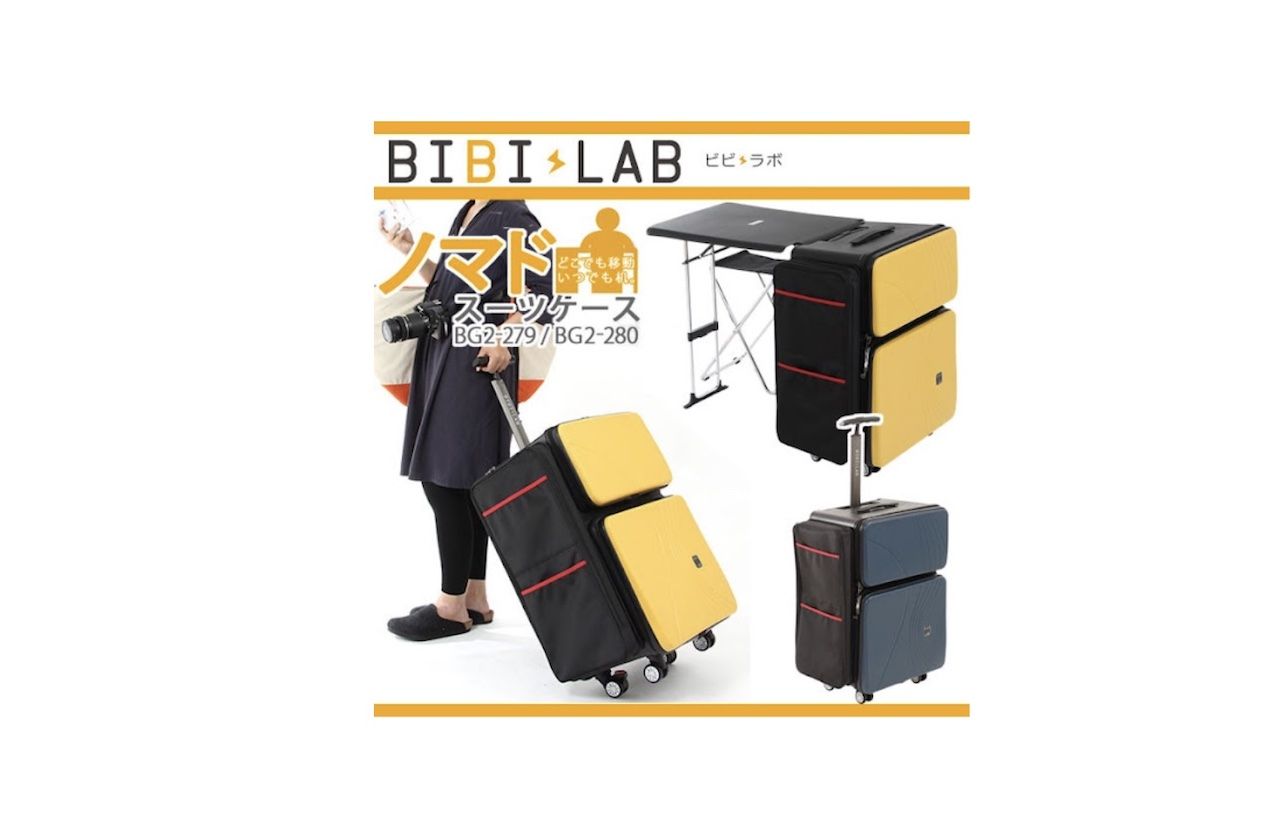 Some things make so much sense, it’s hard to believe they don’t already exist. The Suitcase Desk is one of those things. A prime example of the simple genius of Chindōgu, the Suitcase Desk is exactly what it sounds like — a suitcase with a foldable piece that forms a desk. Is it the most nimble piece of luggage? Probably not. Is it heavier than the typical business traveler would like? Almost definitely. 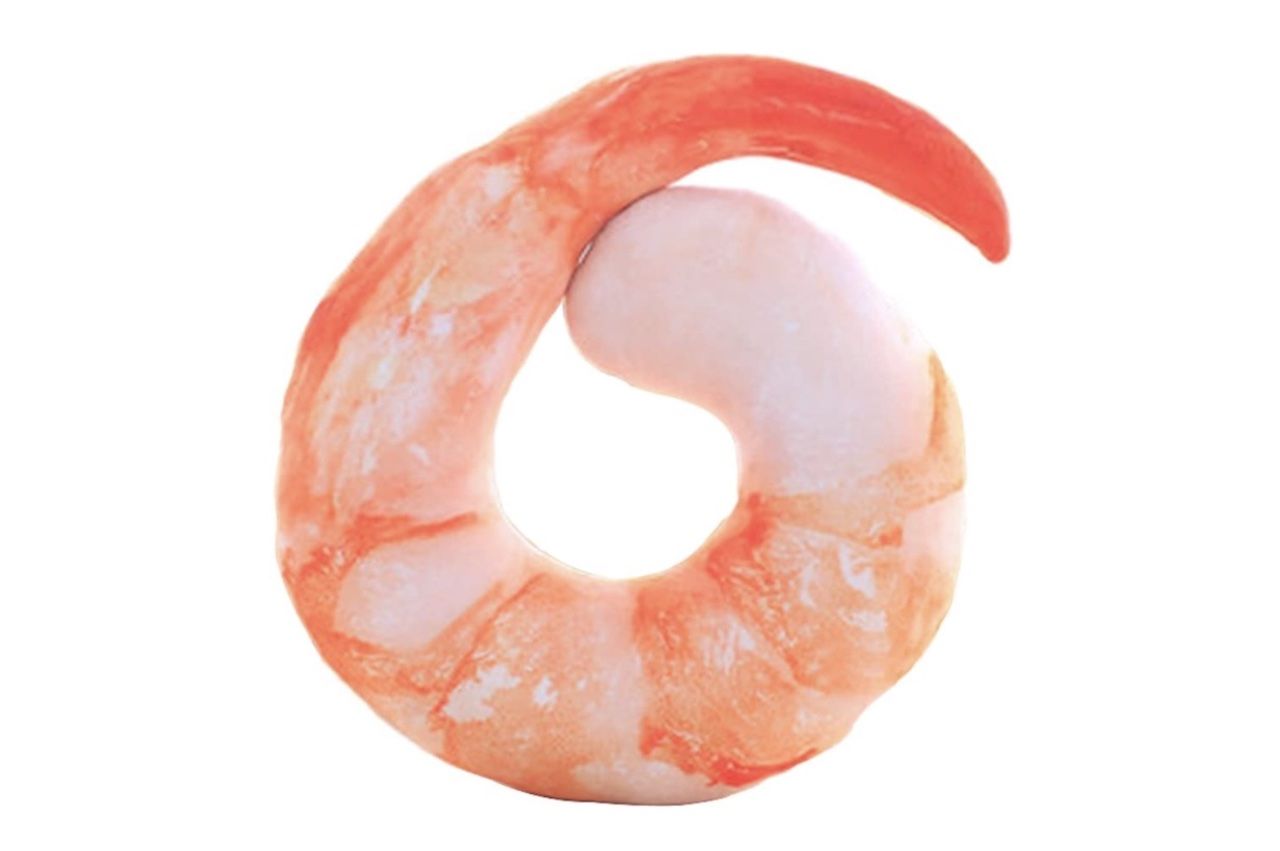 You might say that a neck pillow shaped like a piece of shrimp is the last thing you want to see at 30,000 feet. Seafood isn’t exactly known as the most appetizing inflight meal. But once you learn the neck pillow was made in Japan — which is known for its seafood — it ceases to be a gag-inducing novelty and suddenly becomes a cultural accessory. There’s not too much else to say here, except a shrimp neck pillow works just as well as a regular neck pillow. You’ll just draw a few more stares. 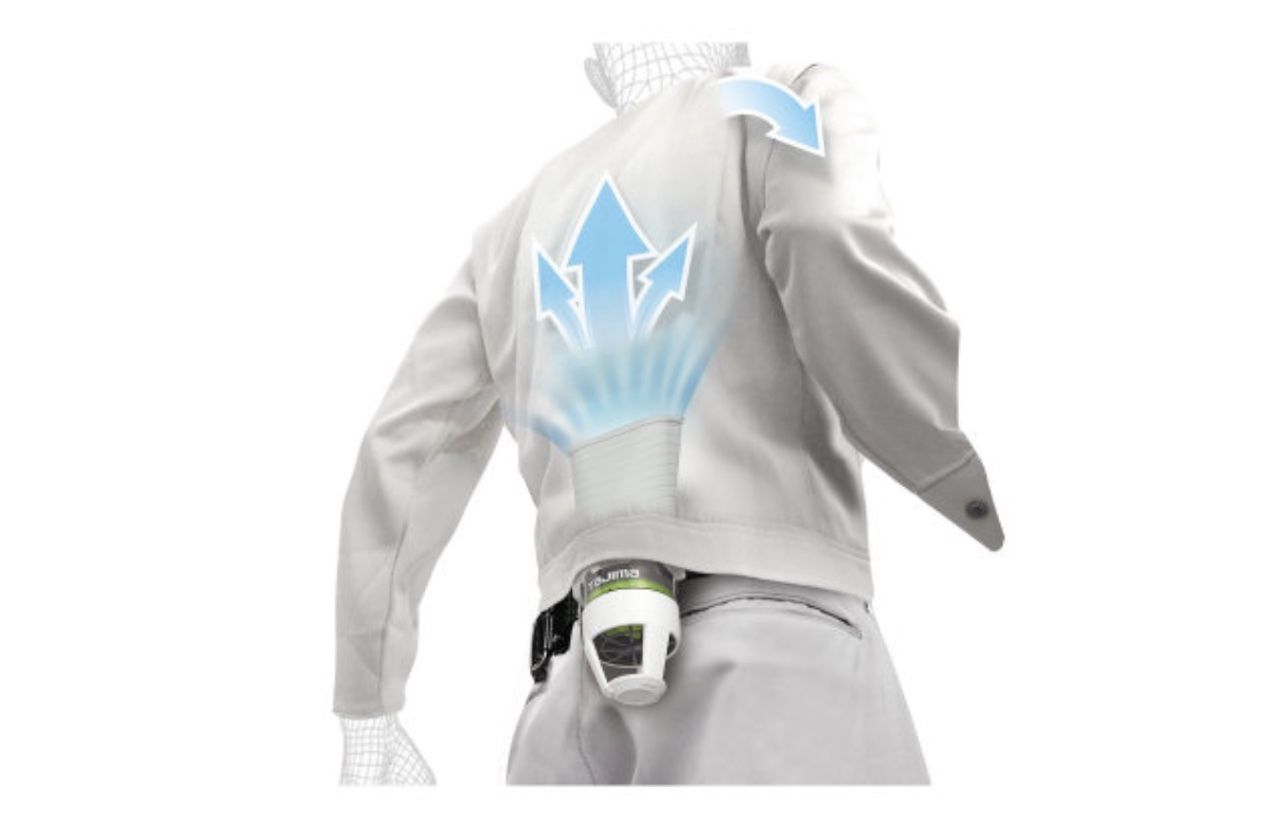 There’s nothing worse than checking into a hotel in the middle of summer only to realize it doesn’t have air conditioning. To hedge your bets, you might as well bring some AC with you. No, that doesn’t mean lugging a portable air conditioner through the lobby — it means wearing this handy and not-at-all cumbersome air conditioned jacket. This jacket has built-in air conditioning fans, chargeable with AA batteries or a USB charger. The portable AC unit clips onto your belt and slips under your shirt or jacket to circulate cool air around your body.The best part? It won’t even drive up your electric bill. 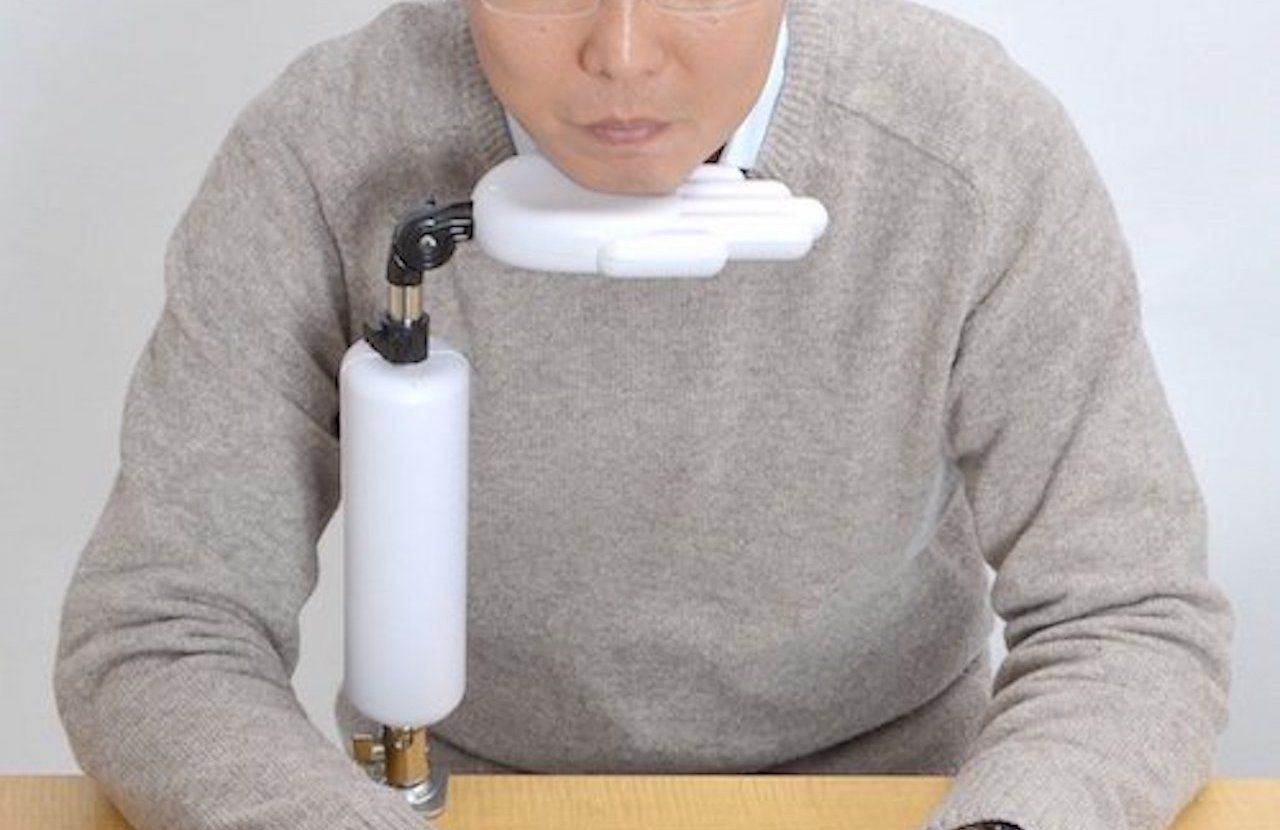 There’s lazy, and then there’s not even having the energy to hold your own head up. Whether you’re at work or in an airport waiting for your flight, we’ve all occasionally found ourselves with our head in our hands. Now you can assume this popular position without sacrificing one of your own hands. The Chin Rest Arm attaches to a desk or table, and has a hand made of soft urethane that holds your cheek. It’s no replacement for a pillow, but it can at least keep you from slouching at work. 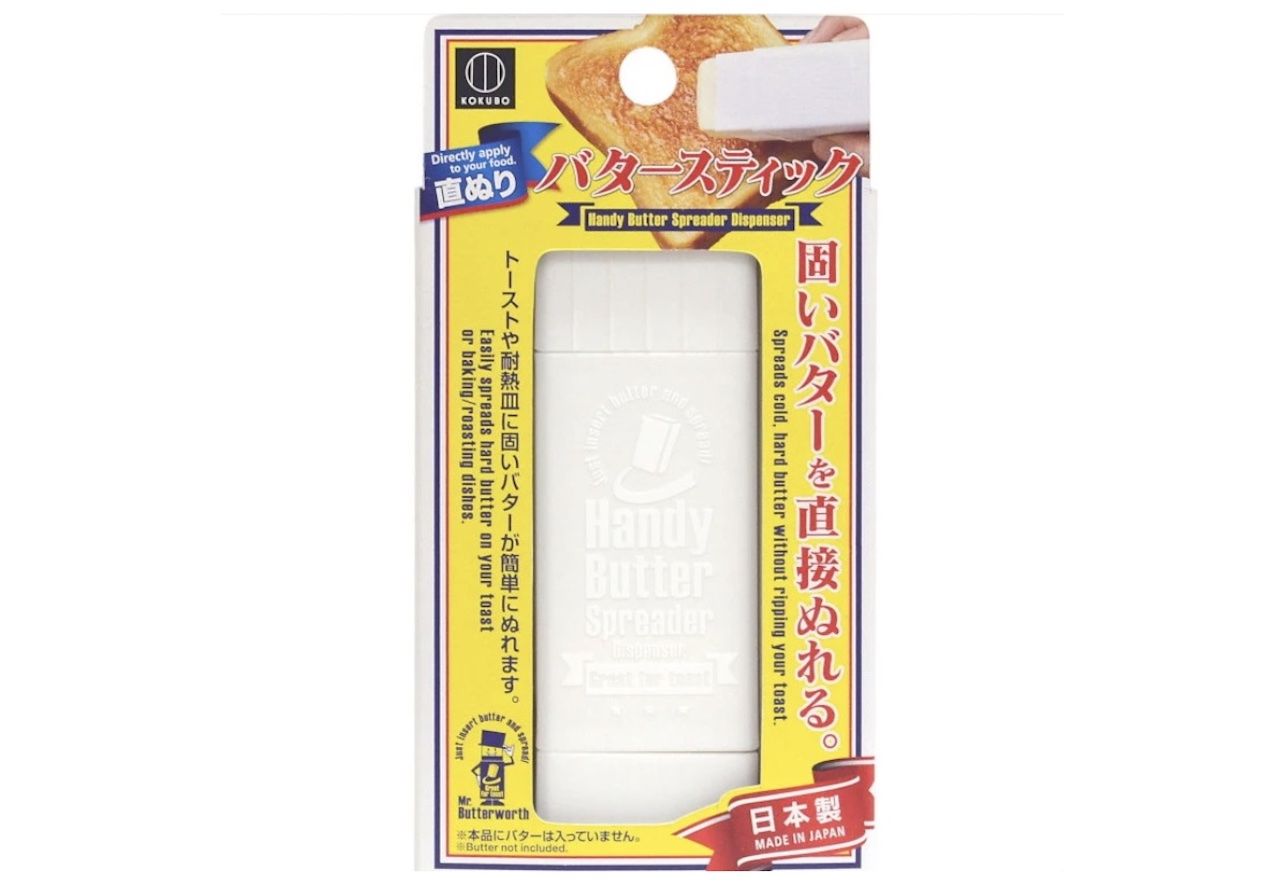 The Butter Stick really represents the nearly-but-not-quite-useless character of Japanese inventions. A compact square tube, the butter stick holds a stick of butter and makes it easy to apply it to whatever you wish. It resembles those Elmer’s glue sticks you probably used in 3rd grade. The stick can be placed either vertically or horizontally in the refrigerator, and can be easily cleaned between uses.