Western Europe might be famous for its staggering number of castles, but that doesn’t mean that France, the UK, and Germany should snag all of the glory. Some of the world’s most beautiful, unique castles are located in places you might not expect, such as Latvia. Although it takes under four hours to drive from one end of the Baltic nation to another, there are around 140 castles in the country, and it’s very much worth the detours to see as many as you can on your trip. From the more modern 18th-century Rundale Palace to the 13th-century Sigulda Castle, the breadth and variety of Latvia’s castles is staggering. Here are the six castles we recommend you check out while visiting Latvia. 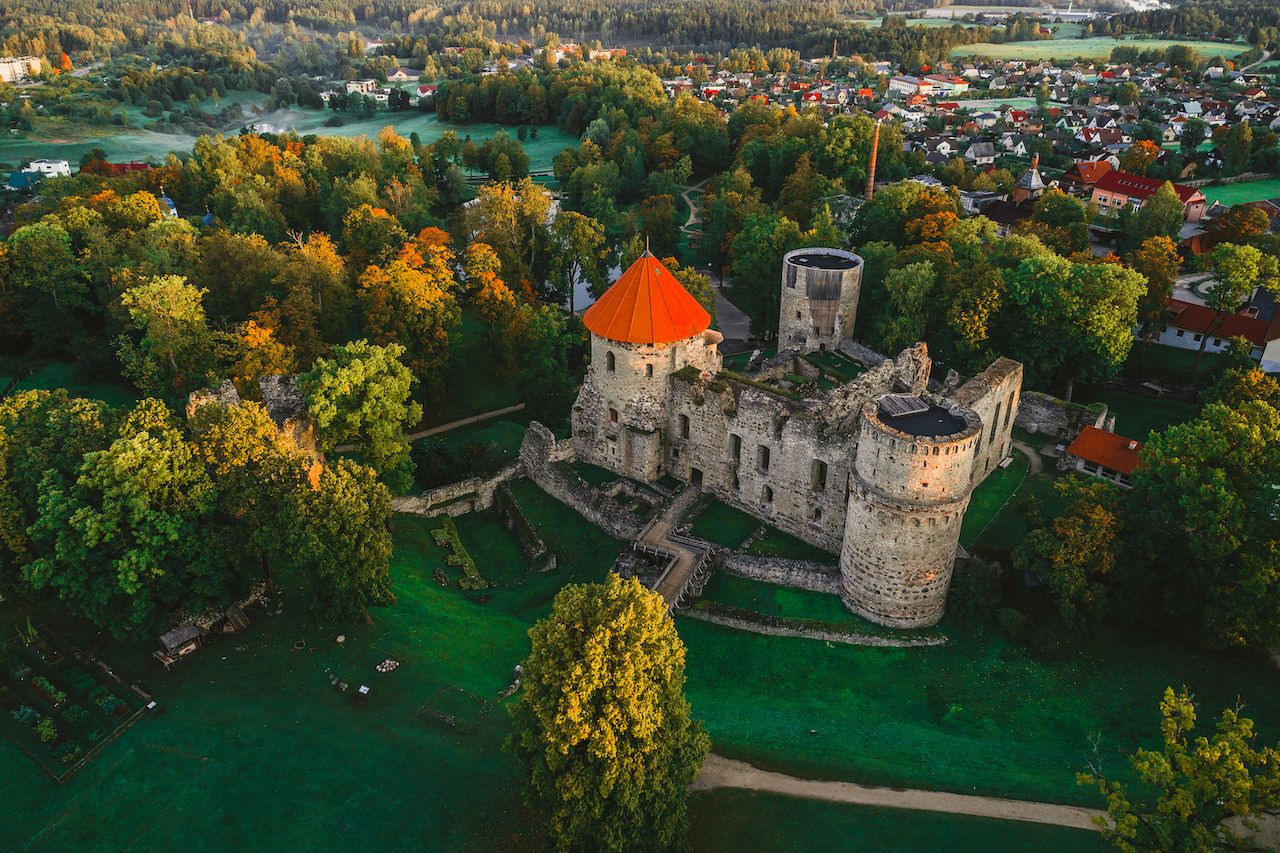 Located in the heart of Gauja National Park, Cesis Castle dates back to the 13th century. Originally built by the Livonian Brothers of the Sword — a Catholic military order — before falling into the hands of the Teutonic Order (another religious order), it was besieged in 1577 by Russia’s Ivan the Terrible, and sustained serious damage during the attack. All things considered, the castle is relatively well preserved, and has become among the most-visited castles in the Baltics. It has a high tower that visitors can climb for a great view of the surrounding town of Cesis, especially the picturesque and colorful Old Town, as well as creepy dungeons down below, where prisoners were kept, for tourists to get their dose of macabre.

Nowadays, the castle is used not only for tours, but as a venue for theatrical shows, games for children, medieval-style dinners, and historical reenactments.

2 and 3. Old and New Sigulda castles 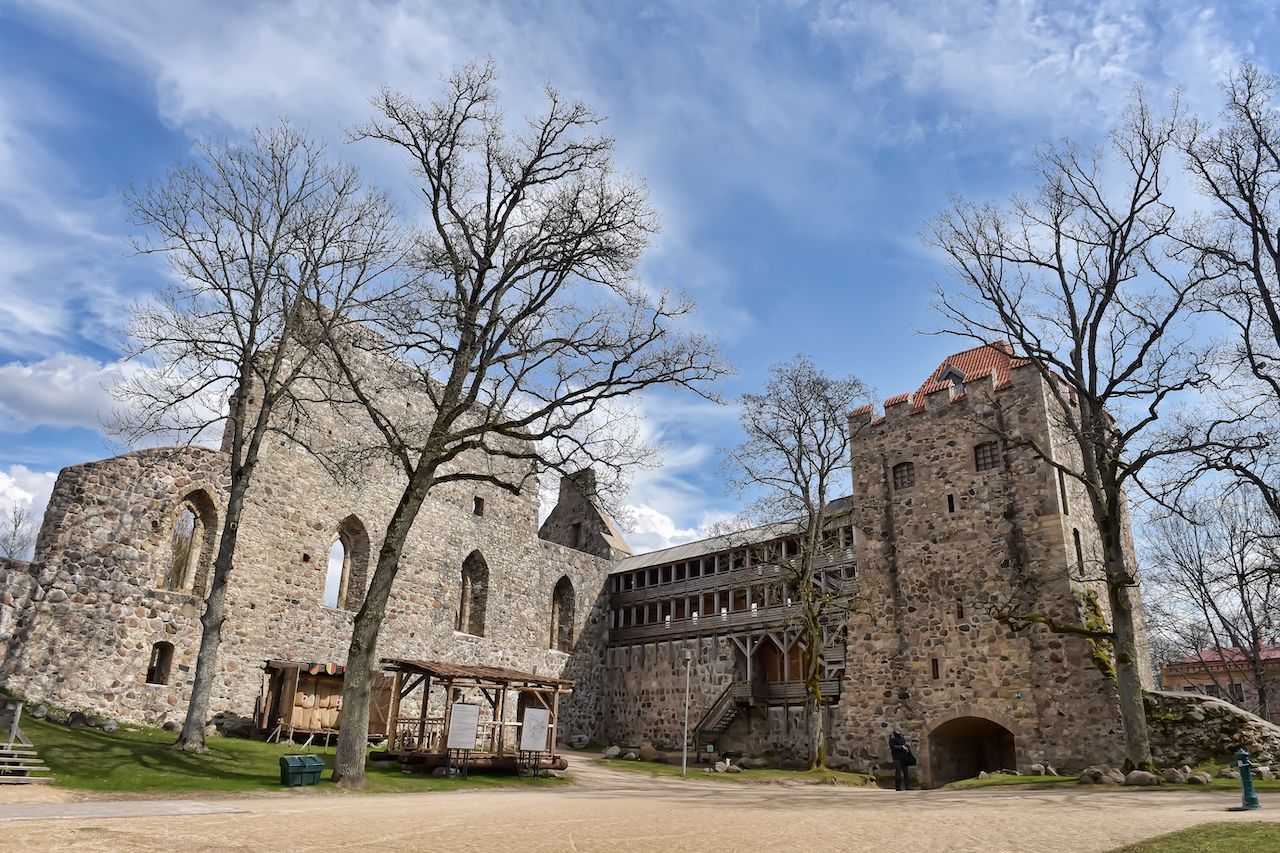 Although technically two separate castles, the Sigulda Medieval Castle and New Castle of Sigulda are right next to each other, and incredibly easy to visit in tandem. The Castle of the Livonian Order in Sigulda — or Sigulda Medieval Castle — was built in 1207 as an outpost on the waterways of the Gauja Valley, and then converted into a convent home by William of Modena, the Pope’s official representative. At this time, a church was built inside the structure and Sigulda Castle was designated its own parish. An important defensive stronghold and now a popular attraction for visitors, the castle’s walls have been fortified and restored many times, and the building hosts an exhibition of medieval weapons in its northern tower. 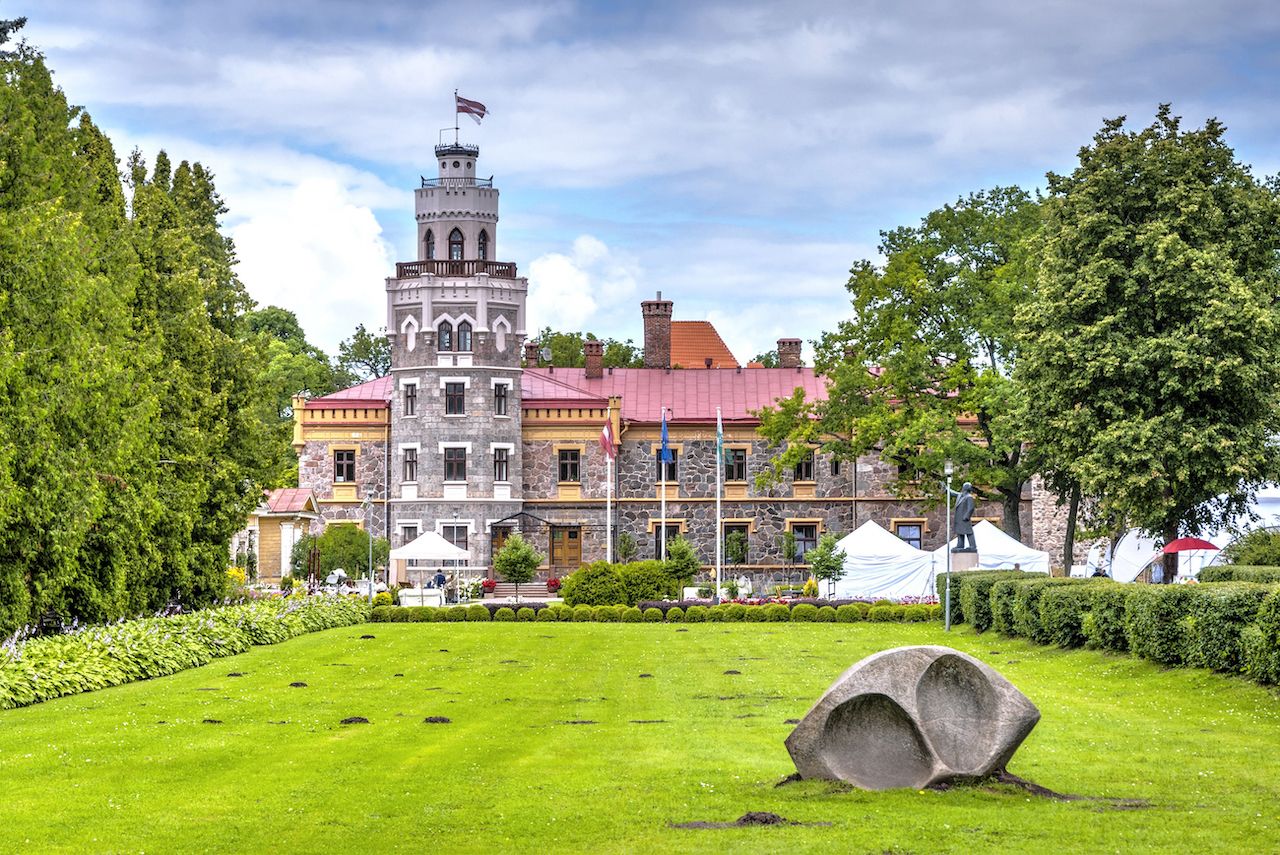 The New Castle of Sigulda was built in 1878 in the Neo-Gothic style. It originally served as the home of the noble Russian Kropotkin family, and in 1922 it became a retreat for authors and other literary types. Significant restorations were done in 1934, when the castle was acquired by the Latvian Press Society, including the expansion of the terrace and addition of a new balcony. During World War II, the castle was used as a headquarters for a division of the German army, and later as a recreation house for USSR state officials. Now it’s home to the Sigulda Region Council. 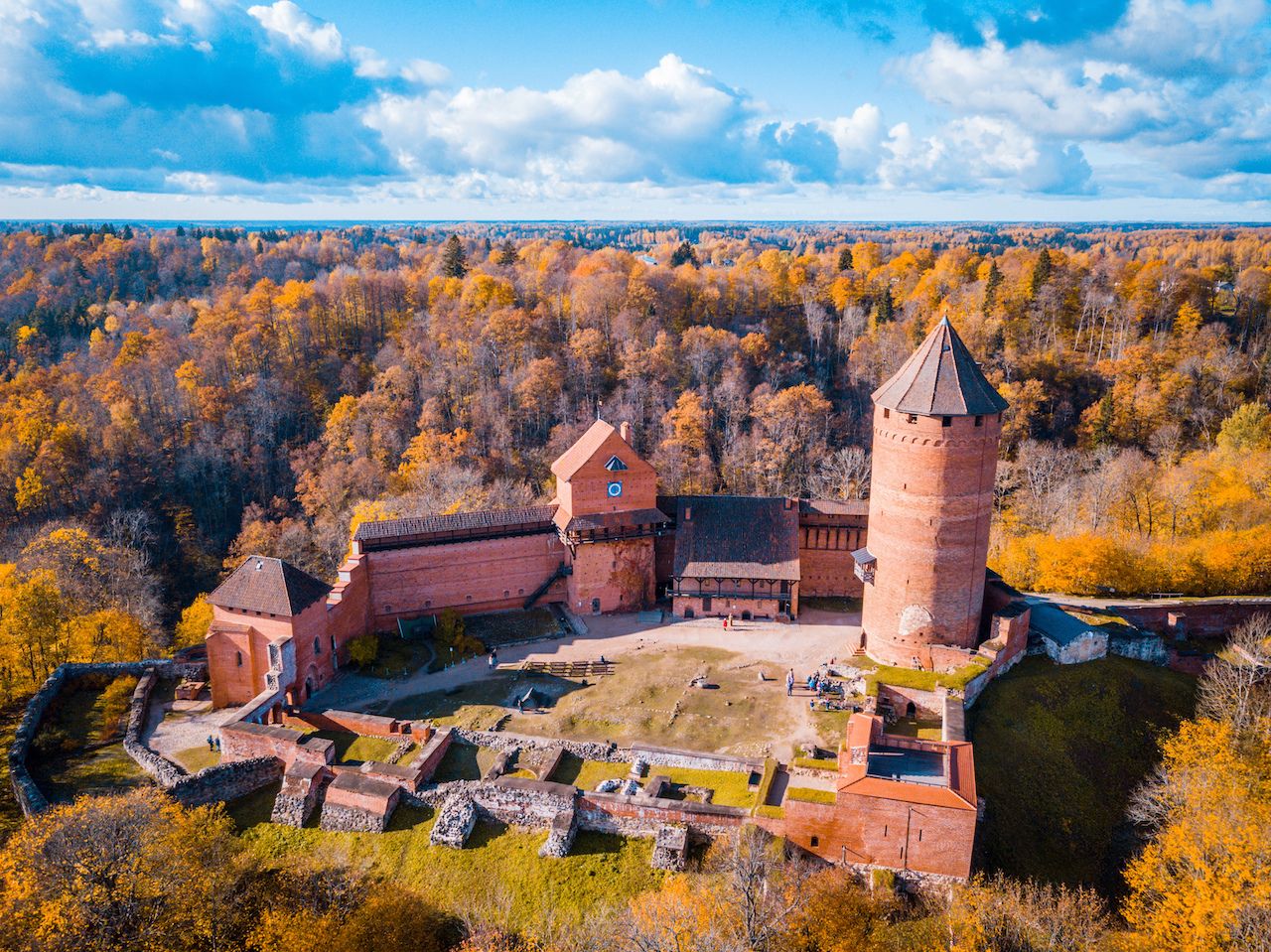 Also located in Sigulda, about eight minutes down the road from the two Sigulda castles, Turaida Castle dates back to 1214. The stone castle, initially constructed for Albert of Riga — the alleged founder of Latvia’s capital of Riga — sits on a 260-foot cliff between two ravines, and you can climb up the 88-foot tower for sweeping views of the Gauja Valley. Although time took its toll on the castle in its original form, the structure was restored in 1976 and now hosts exhibitions dedicated to its history. 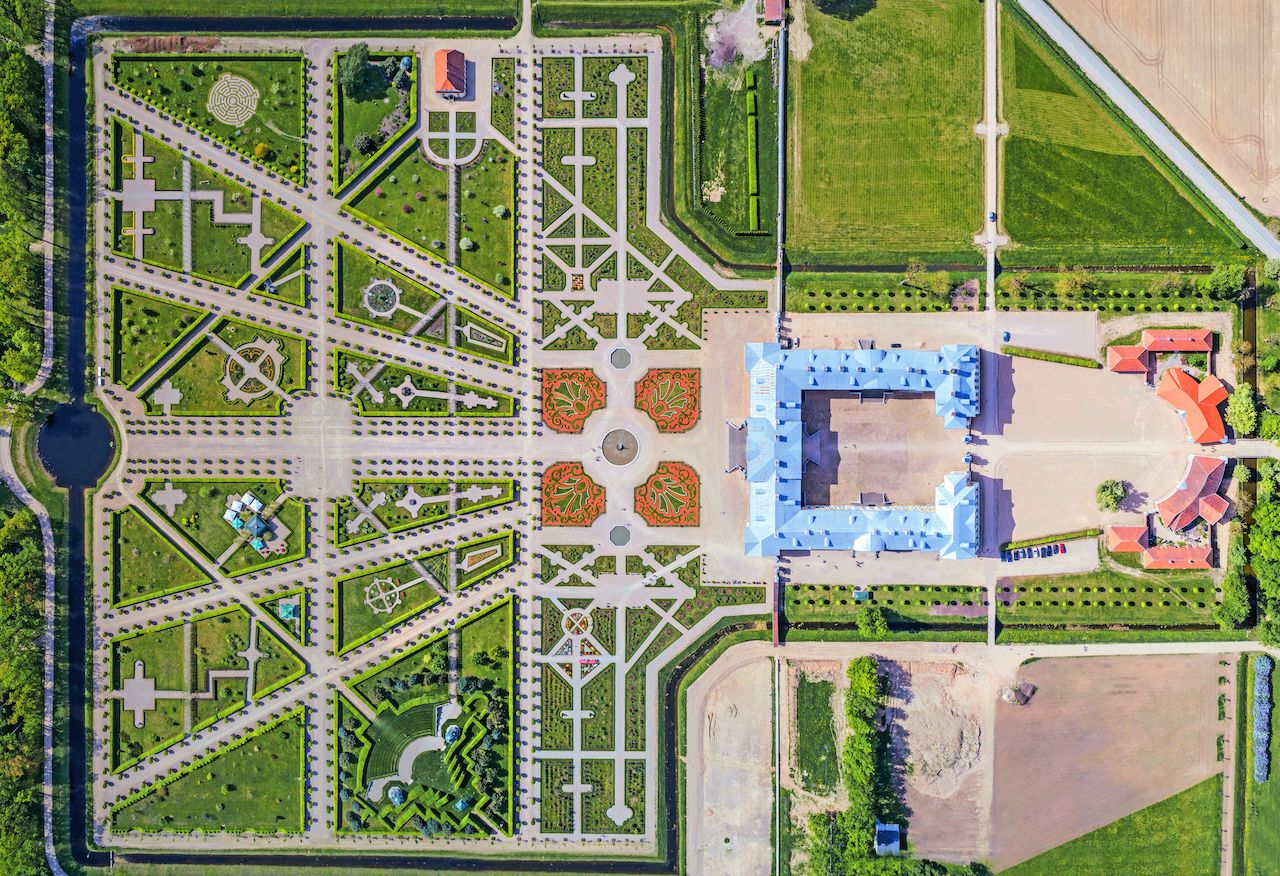 Just an hour south of Riga, Rundale Palace, reminiscent of France’s Versailles, might be Latvia’s most stately castle. The Baroque edifice was built in the late 18th century for the Duke of Courland. If you thought the castle’s sprawling French gardens and imposing exterior were impressive, just wait until you see the inside. Adorned with art and sculptures by German and Italian artists, the White Hall, Gilt Hall, and Great Gallery in the castle’s eastern wing are open to the public; there’s even a museum that educates visitors on Latvian history.

The palace is now used as a venue for music festivals, as well as accommodations for foreign dignitaries. 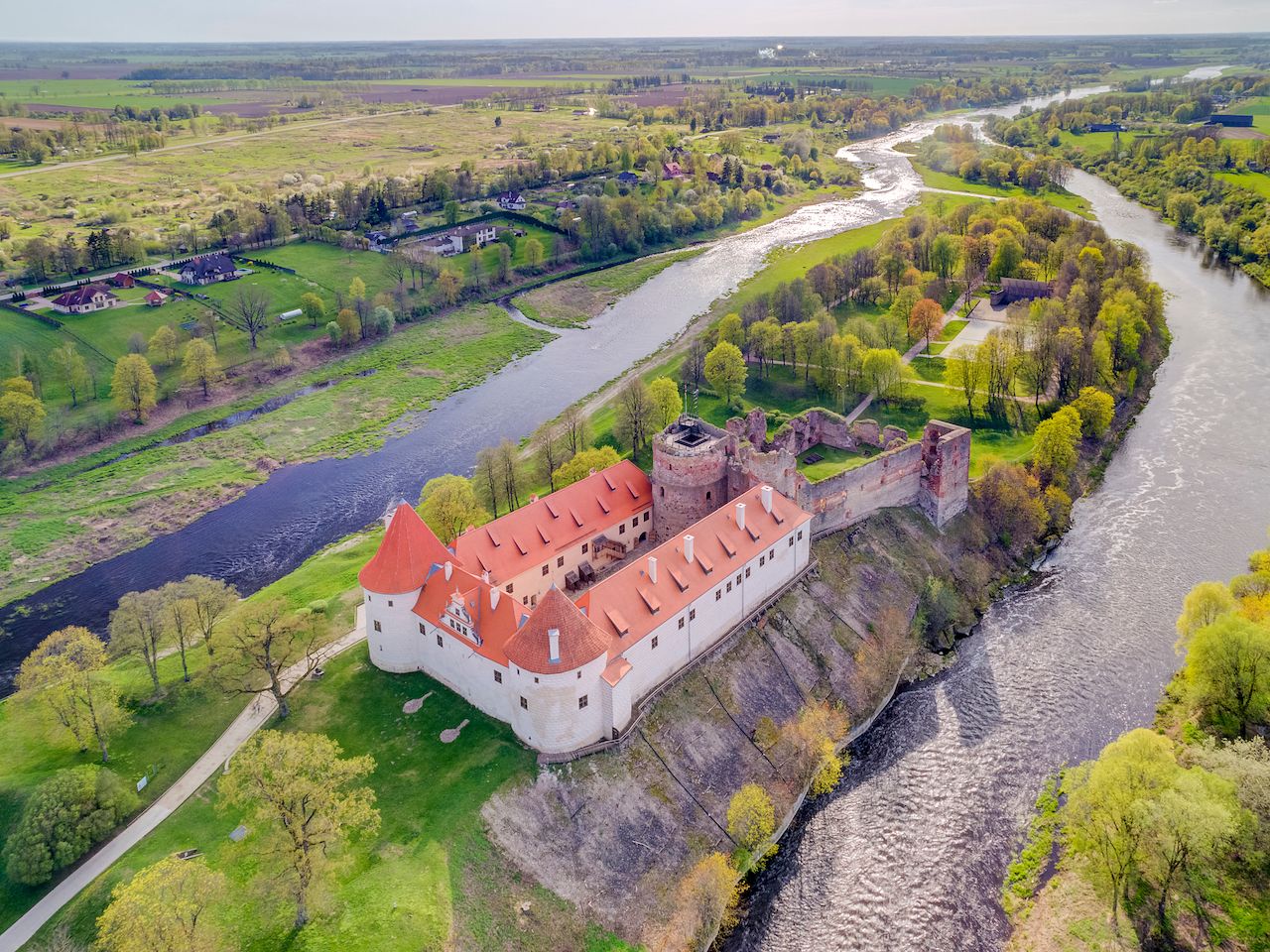 Located on the outskirts of the small Latvian town of Bauska, Bauska Castle stands on a slice of land where the rivers Musa and Melemele meet to form the Lielupe. The castle itself is divided into two sections — the old castle of the Livonian Order, built during the 15th century, and the newer part of the castle that served as a residence for the Dukes of Courland, built in the 16th century. The castle was an important defensive outpost — a collection of canons should make that clear. While only ruins remain from the original Livonian castle, the palace has been fully restored, and even has a cafe and museum.

To Experience the Best of Latvia, Leave Riga Behind and Head To the Countryside

How To Bobsled Like a Professional: Riga's Sigulda Bobsleigh Track

Traveling in Putin’s Shadow: A Visit To Riga, Latvia

How To Piss Off a Latvian