Kentucky is synonymous with a few classic all-American staples: the Kentucky Derby, fried chicken, and baseball bats. So threatening your Derby betting bookie with a Louisville Slugger while simultaneously chowing down on KFC might sound like the ultimate Kentucky experience. You would, however, be missing out on one of the most beautiful and underrated pastimes in the state: exploring the many caves in Kentucky.

Thanks to a unique topography and significant underground erosion, there are more than 130 caves in Kentucky. These caves have served a variety of purposes, from criminal shelters to burial sites and places for medicinal research. Today, many are open for visitors.

Mammoth Cave National Park is the state’s largest and most well-known cave system, with over 412 miles of mapped caverns, but there are plenty of other subterranean grottos just waiting to be explored. From the Outlaw Cave where Jesse James once hid to the surreal, glittering rock formations in Diamond Caverns, these are the must-do adventures in caves in Kentucky. 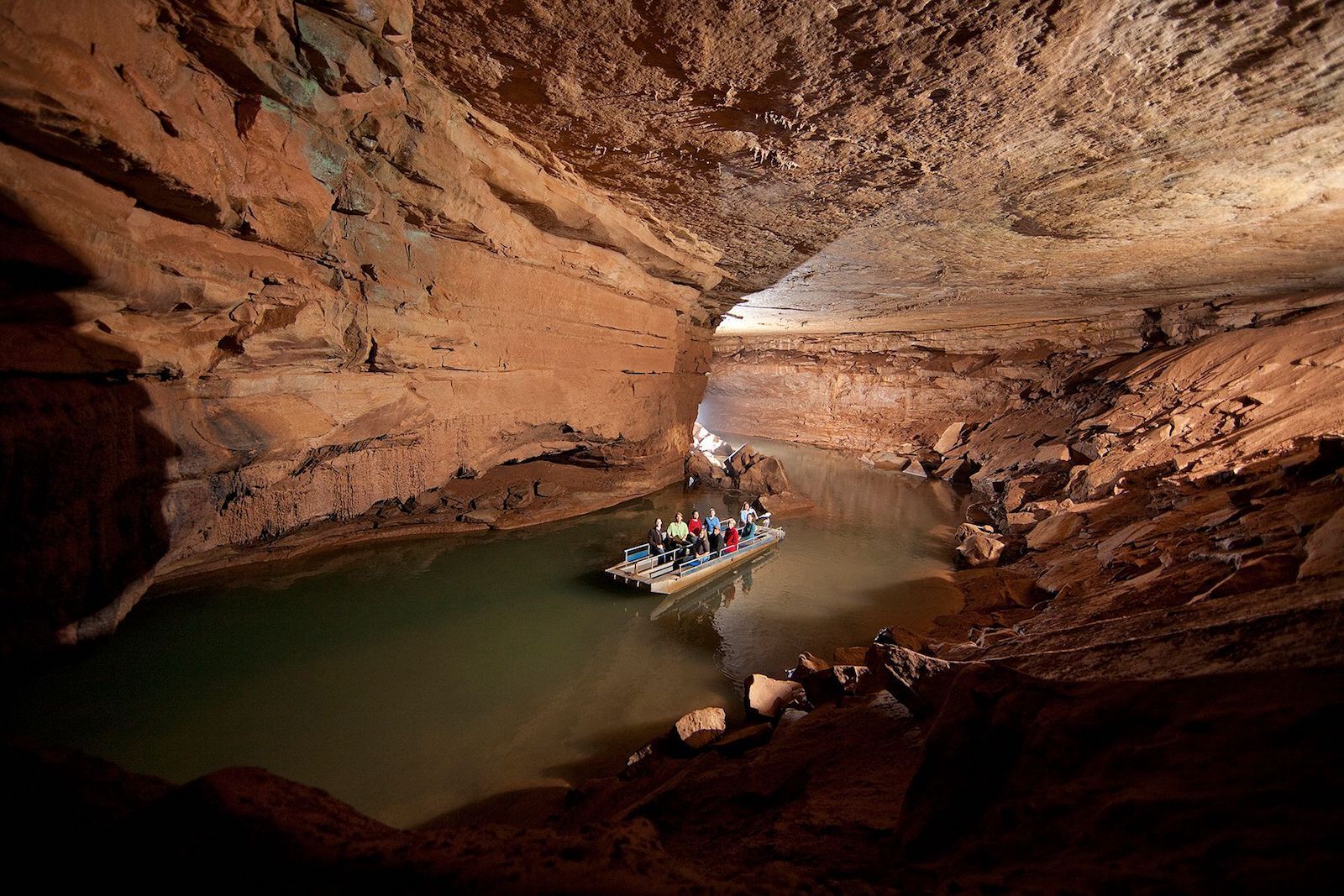 If cruising through a subterranean cavern on a boat is your idea of the ideal cave experience, head to Bowling Green’s Lost River Cave. The seven-mile-long cave system is home to Kentucky’s only natural cave boat tour, ending in a dramatic cathedral-like cavern. You can also take a walking tour instead along the edge of the underground river. Whether you choose to explore by land or by water, you’ll learn all about the cave’s historical use by Native Americans, European settlers, and Civil War soldiers.

There’s plenty to do above ground, too. Visitors will find a 72-acre park with a large network of hiking trails, a seasonal butterfly habitat, and an education center where you can learn more about the cave. 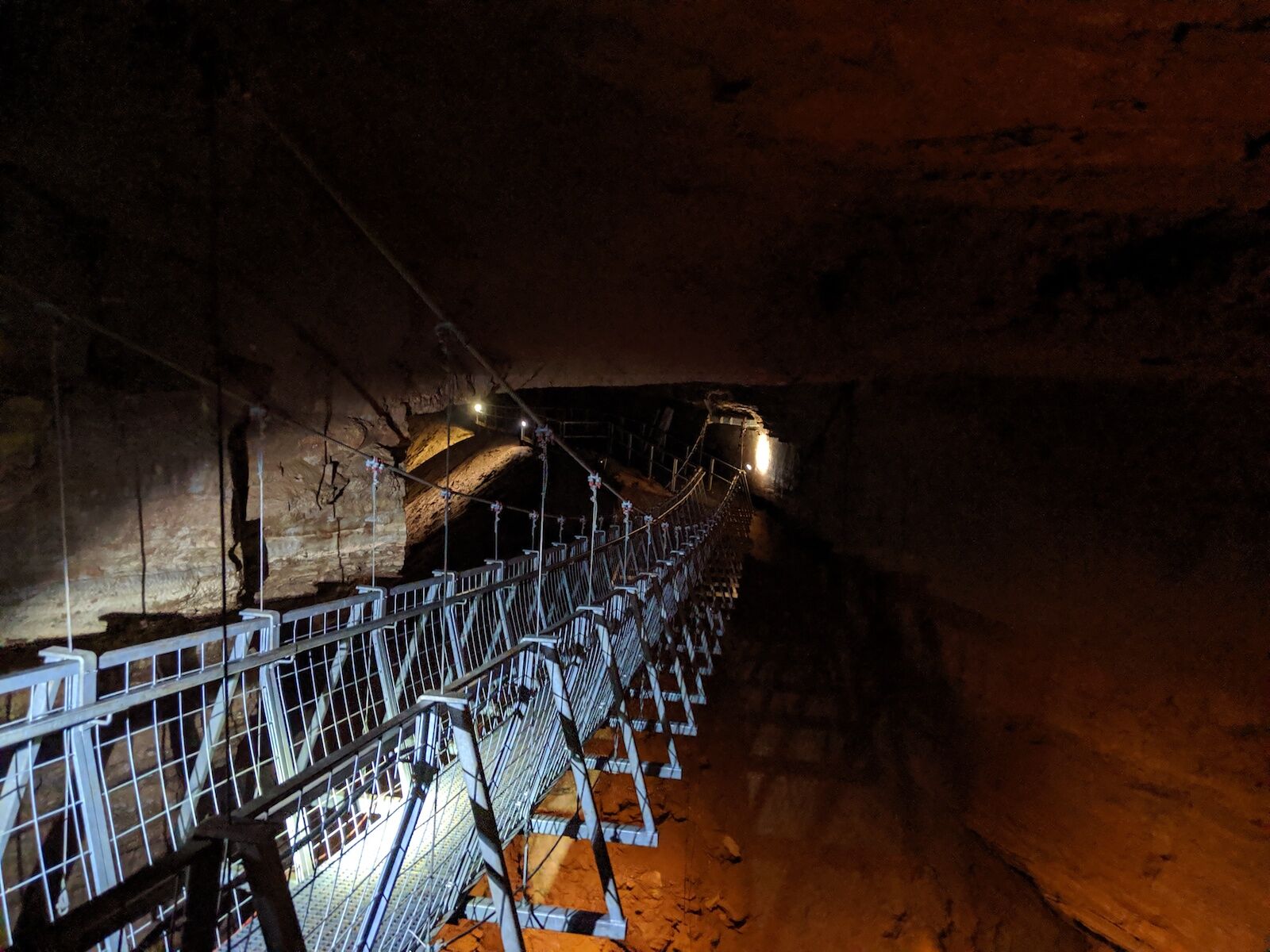 Adjacent to Mammoth Cave, Hidden River Cave is one of the largest caves in the state at around 10 miles long. It’s under the town of Hose Cave and was once a source of drinking water for the town, until its commercialization (and subsequent pollution) resulted in its decades-long closure. The cave reopened in the 1980s thanks to the American Cave Conservation Association, which implemented conservation and environmental protections and opened a museum for visitors.

Now, it’s one of the top caves in Kentucky is home to 21 types of flora and fauna, making it a global hotspot for underground biodiversity and one of the most biologically diverse cave ecosystems in the world. The cave also has the world’s longest suspension bridge inside a cave system and is the largest single cave room in the Mammoth Cave region. 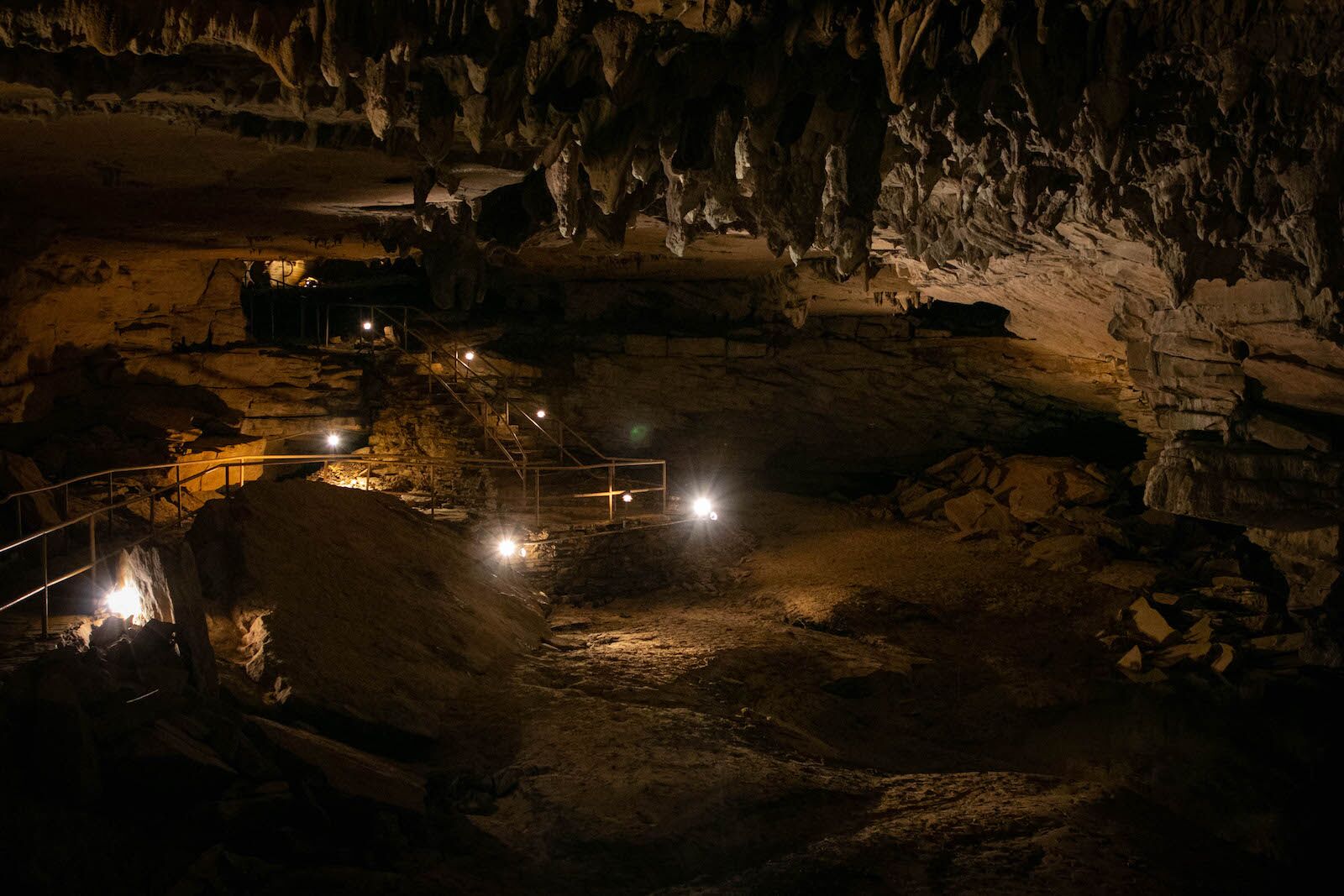 Carter County has the highest concentration of caves in Kentucky, making it a perfect basecamp if your goal is to visit as many caves in Kentucky as possible. You’ll. find more than 20 caves in Carter Caves State Resort Park alone, including Cascade Cave (with its 30-foot waterfall), Saltpetre Cave, and X-Cave. For a true spelunking experience, sign up for a cave crawl, where you’ll explore the caves by squeezing through narrow, unlit passages. More claustrophobic visitors might want to choose a more leisurely, self-guided walking tour instead. Or stay entirely above ground, where you can take advantage of more than 26 miles of hiking and biking trails. 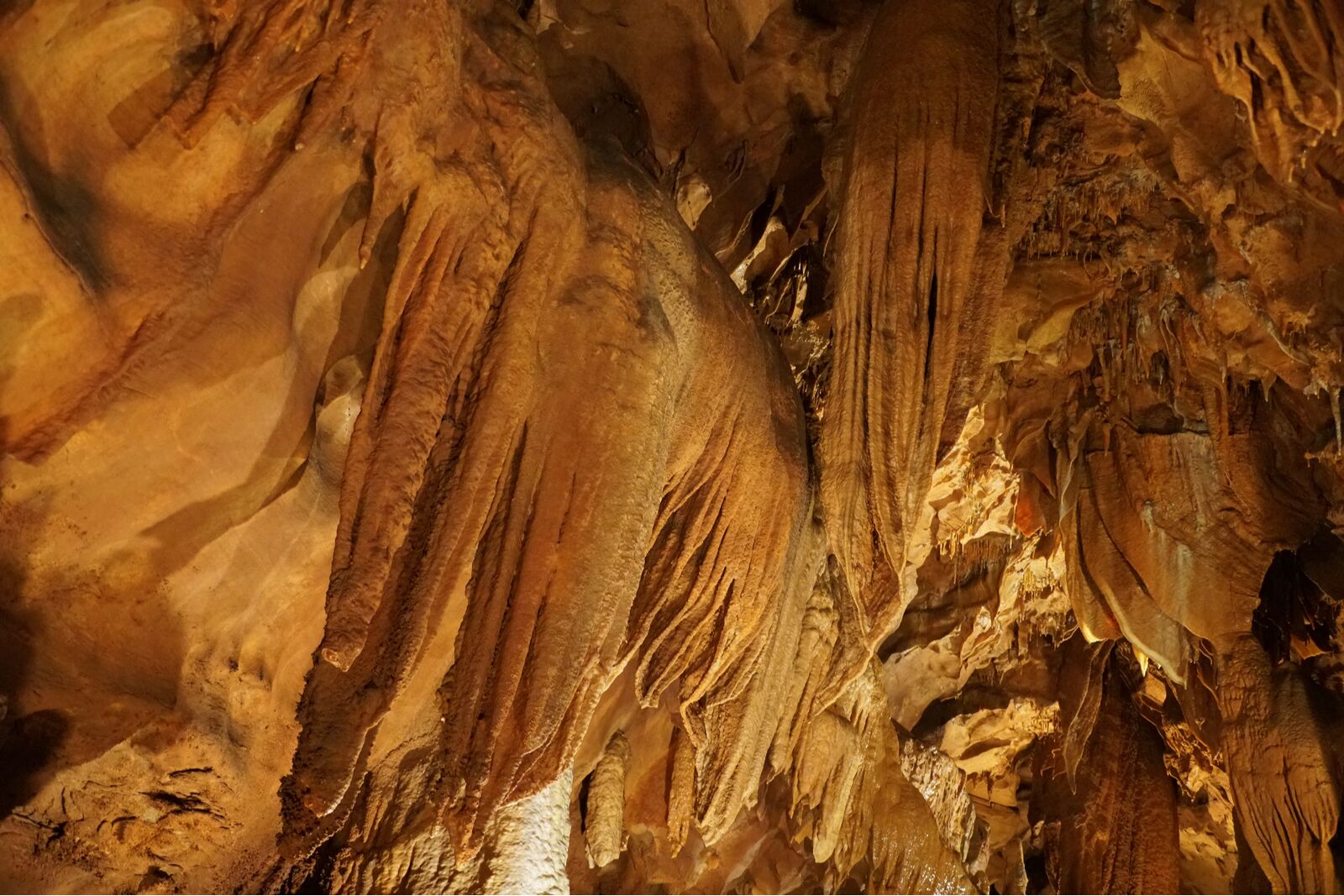 While you shouldn’t enter Diamond Caverns expecting to see shimmering diamond-encrusted walls, it’s pretty much the next best thing. When the cave was discovered in 1859, early explorers thought the calcite formations looked like glittering diamonds, making for a truly resplendent sight. The cave is known for its cathedral-like chambers of impressive rock formations, including columns, curtain deposits, and colorful calcite. It also has a sophisticated lighting system, illuminating a half-mile of tunnels.

The cave is two levels and requires visitors to climb around 350 steps, so take that into account before adding it to your Kentucky caves list.

Outlaw Cave: see where Jesse James hid from the law

The aptly-named Outlaw Cave is infamous for its use as a shelter by notorious outlaws, the most notable of whom was Jesse James. But apart from its criminal past, the cave is known for the mist perpetually hanging in the air and colorful rock formations, including massive floor-to-ceiling columns.  To keep the cave as natural as possible, no boardwalks or stairs have been added, though it’s still wheelchair accessible. ONE OTHER THING HERE 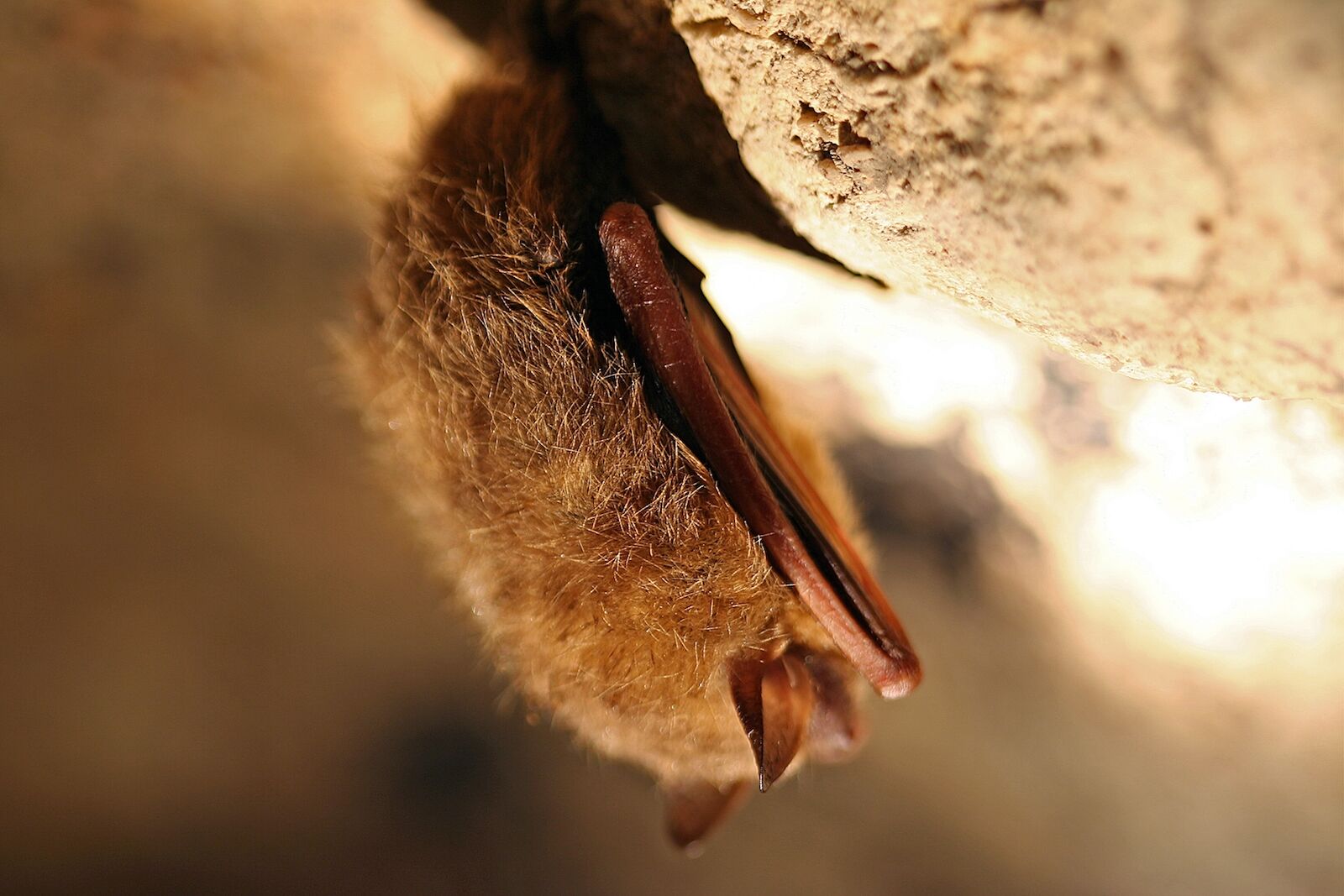 Inside Cumberland Gap National Historical Park, Gap Cave is between three and five million years old, formed by natural water erosion that continues to impact the cave’s evolution. And in that time, this Kentucky cave has developed quite the history. It was a meeting place in prehistoric Native American life and to visited by Civil War soldiers in the 1800s, more than 300 of whom etched their names in the rock. Both the Union and the Confederacy occupied the site at various times, and there’s even a smaller “Soldier’s Cave” that once served as a battlefield hospital.

Inside the cave, you’ll find stalagmites, stalactites, flowstone (a thin rock sheet created by flowing water), and soda straws (spaghetti-like hanging rock formations), as well as wildlife like cave flies, crickets, salamanders, crayfish, bats, and more. The best way to explore the 1.5-mile cave is on a guided tour, which lasts about two hours.

Crystal Onyx Cave: climb into the cave through a sinkhole 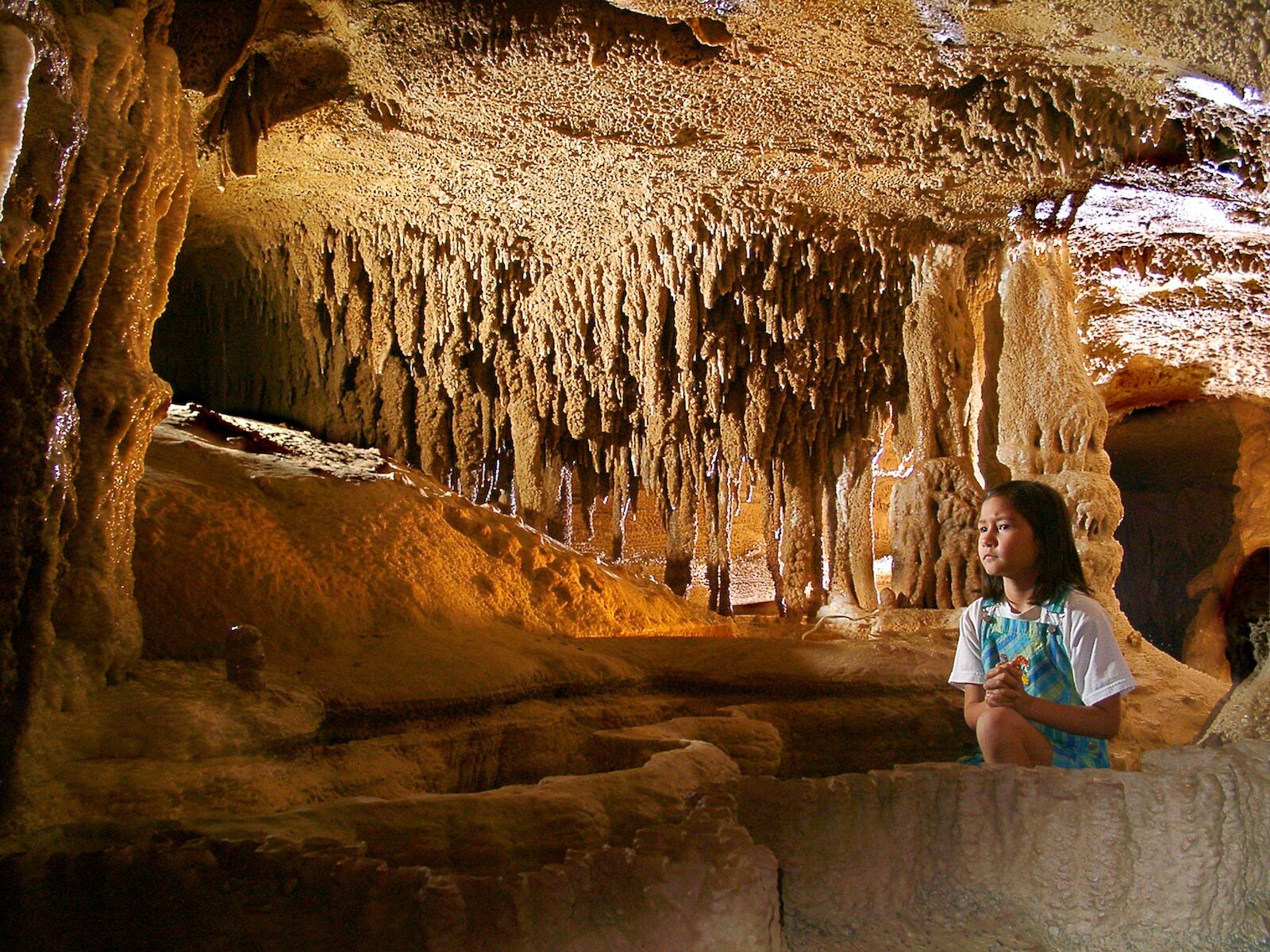 With prehistoric origins, Crystal Onyx Cave is known for its curtains of stalactites, domes, sinkholes, and speleothems (accumulations of mineral deposits). Your journey through the cave will begin with a short walk to one of the many sinkholes, where you will descend a set of stairs into the cave. The trails throughout the cave have been recently renovated with crushed limestone and handrails, and you can explore approximately a half-mile of the cave’s tunnels. To add another layer of adventure to the experience, camp nearby at Yogi Bear’s Jellystone Park, which offers a variety of campsites with access to hiking trails and kayaking.

Ski & SnowIceland’s Ice Caves Could Last for Decades — or Be Gone Next Month. Here’s How To See Them.
Tagged
Outdoor National Parks Kentucky, United States
What did you think of this story?
Meh
Good
Awesome