February 2021 marked the five-year anniversary of a big day for US public lands. In February, 2016, President Barack Obama extended a national monument designation to three Mojave Desert sites in eastern California: the Mojave Trails, Sand to Snow, and Castle Mountains.

Collectively, these areas make up the California Desert Monuments, covering roughly 1.7 million acres of desert landscape originally inhabited thousands of years ago by the Chemehuevi, Kawaiisu, Mohave, Serrano, Cahuilla, Southern Paiute, and other Native American tribes. While they’re not national parks, the designation does give them the federal protection of the National Park Service and brings the total amount of national monument sites in the US to 130.

The three California national monuments in the Mohave are some of the most vast and arid in the United States — and the least-visited. That makes a road trip between the Sand to Snow, Mojave Trails, and Castle Mountains national monuments one of the best trips you can take outside of summer in the Golden State. (Or in summer, but it’s quite a bit hotter). All three of the newest California national monuments have free admission and established trails and facilities. But all three are still in the desert, and in true desert fashion, the trails can be rugged and wayfinding can be tricky. Here’s how to plan a three-monument road trip through the stunning-but-rugged scenery of California’s new protected sites.

The best way to see all three sites is on a roadtrip starting in Las Vegas, Nevada, and ending in Palm Springs, California (or the other way around). If you follow the map above, expect just under seven hours of driving time — but remember that driving in the parks is usually much slower, as the map uses the entry points of the monuments. You may also want to consider adding on additional outdoorsy destinations with more lodging options, like Joshua Tree National Park or Big Bear Lake, both in California. 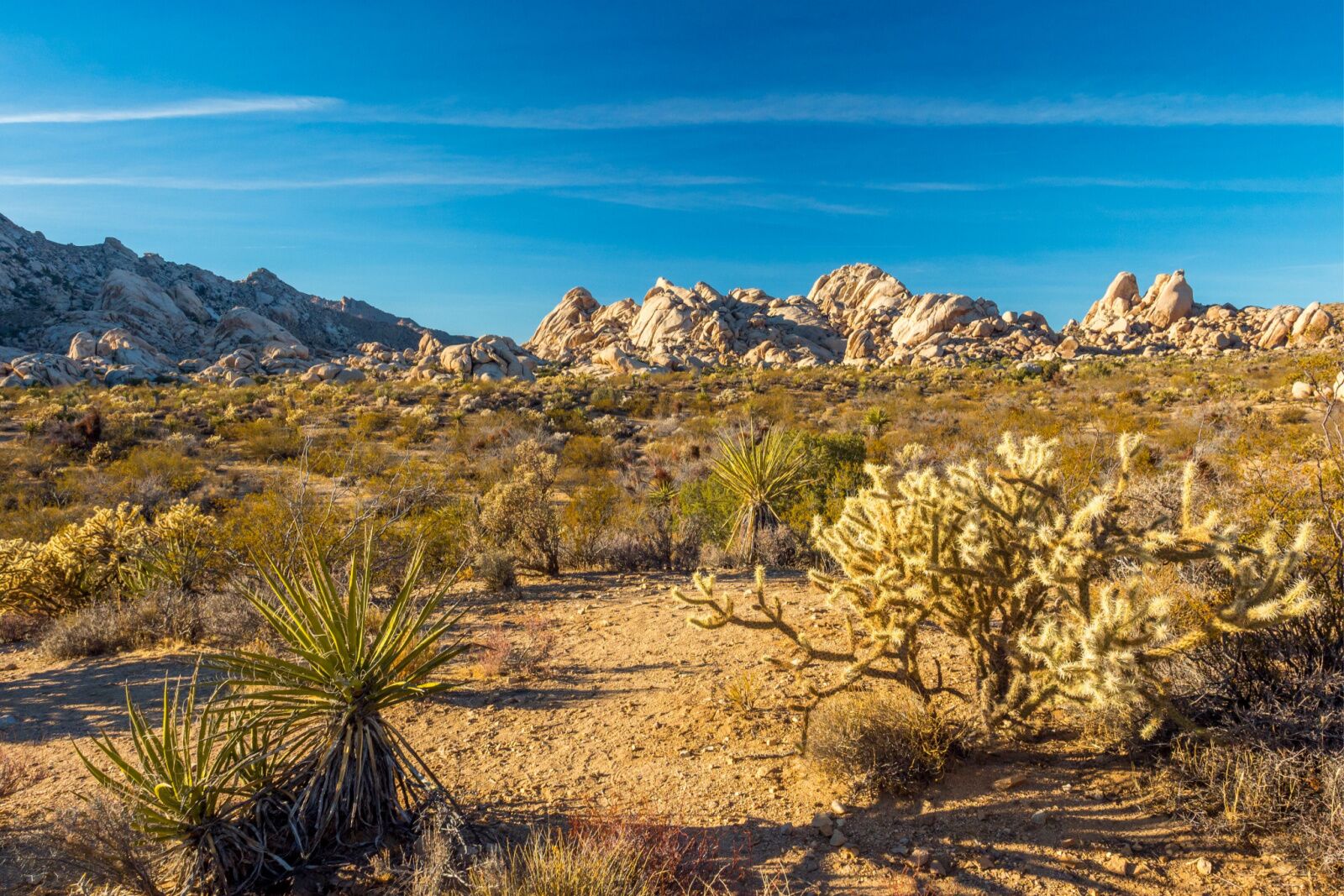 Castle Mountains National Monument is very close to the Mojave National Preserve and has Joshua Tree forests, just like nearby Joshua Tree National Park. Part of the monument’s appeal is it’s nothingness, and there are no visitors centers, maps, or facilities (so bring everything you’ll need). The only infrastructure is a rough dirt road, which makes driving through the monument the primary activity of choice. Though there are no trails, you can explore on foot anywhere you’d like — just be careful of potential dangers like cacti, scorpions, rough brush, and more.

While driving (or hiking) keep an eye out for wildlife like bighorn sheep and golden eagles, plus burst of color from the early spring wildflower blooms. Remember that there is truly nothing in the reserve, including cell service, so have everything you need — and don’t count on finding any restrooms or water fill-up stations on the road’s halfway point. But what do you get in exchange? According to the 2017 proclamation, “The remoteness of the Castle Mountains area offers visitors the chance to experience the solitude of the desert and its increasingly rare natural soundscapes and dark night skies. The area’s native desert grassland is a hotspot of botanical diversity.  The unique plant assemblage includes 28 species of native grasses, about half of which are rare, including burrograss and false buffalograss.” 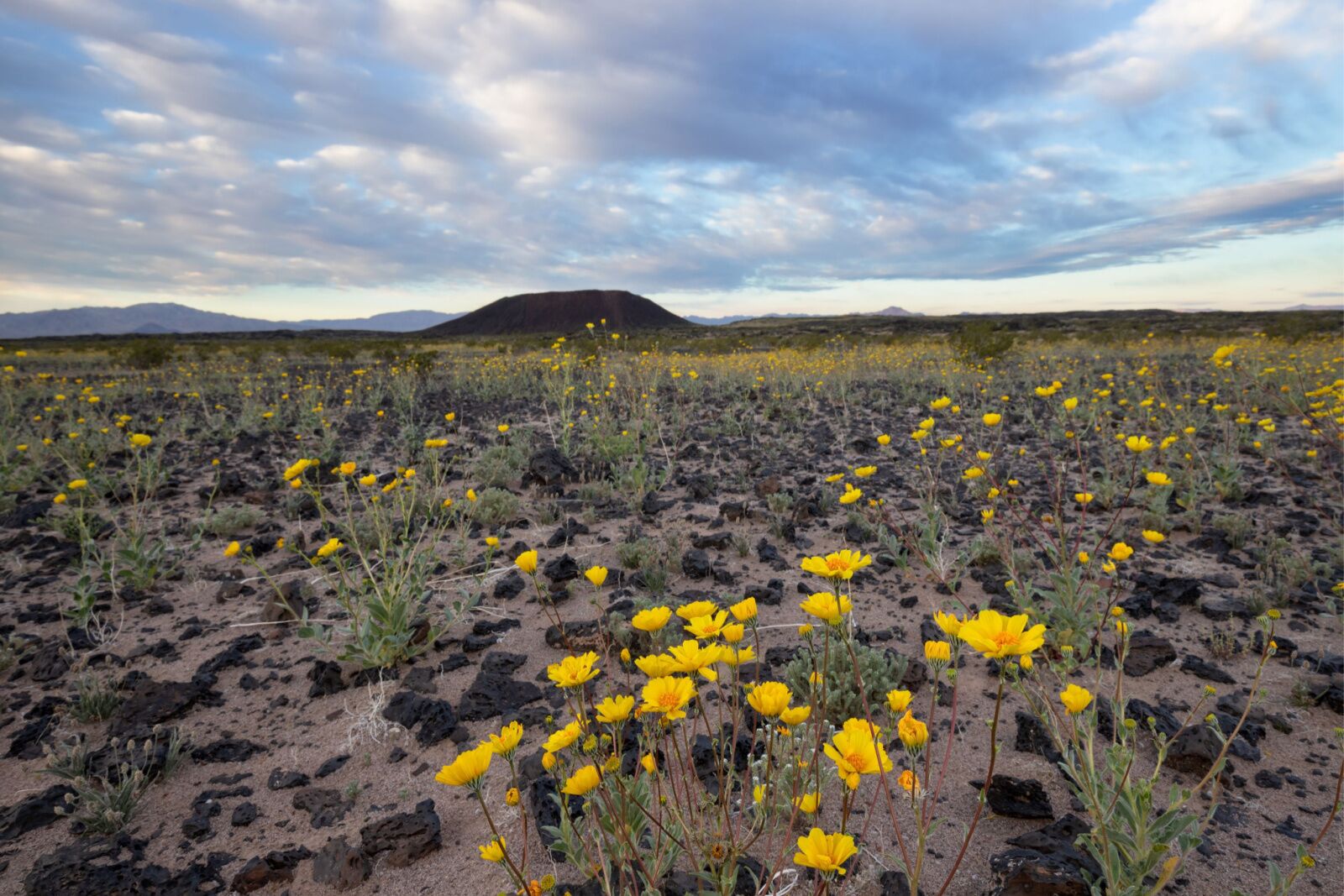 Mojave Trails National Monument spans 1.6 million acres, making it the national monument in the lower 48. Its designation spurred the nearby town of 29 Palms to advocate to protect and promote the monument, and leaning into tourism as the monuments gateway town.

“The town of 29 Palms recently voted to become an official gateway to Mojave Trails National Monument,” Jessica Dacey, director of communications at the Mojave Desert Land Trust, told Matador. “To the town’s citizens it’s a source of great pride that they are home to the biggest national monument in the contiguous 48 states. Over the last five years, tourism to the California desert region has steadily grown, and there has been a direct economic benefit for gateway communities like 29 Palms. There is a growing recognition of the importance of preserving these places.”

There is no shortage of options for foot-powered exploration once you arrive. Mojave Trails National Monument, managed by the Bureau of Land Management, epitomizes desert hiking in the western United States. It’s dry but beautiful, with year-round trail access and a diverse collection of wildlife including coyotes, jackrabbits, and even roadrunners (meep-meep).

A nice beginner hike is the three-mile round-trip hike to Amboy Crater, one of the country’s youngest volcanoes. Or go further out into the Bigelow Cholla Garden Wilderness to hike Afton Canyon for expansive desert sky views and rock formations. You’ll likely stumble across ancient fossils along the way, a popular collector’s item within the monument (watch this US Department of the Interior video for info on how and where to fossil hunt). 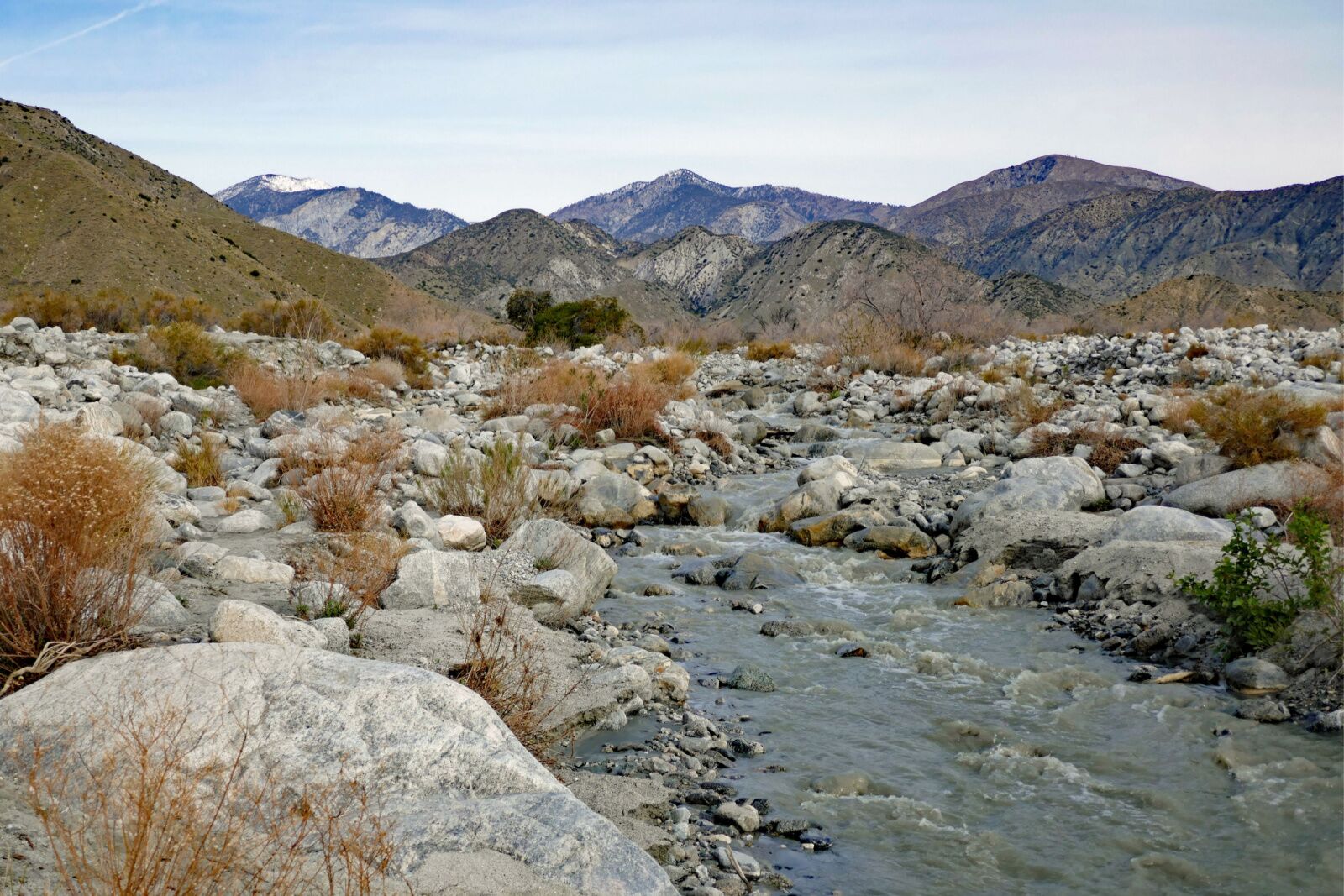 Within the monument are 30 miles of the famed Pacific Crest Trail, which you can check out on a day hike or backpacking trip. For an extremely challenging but extremely beautiful hike, take the 16-mile San Bernardino Peak Trail, which gains more than 4,000 feet while offering views of San Gorgonio Mountain (the highest peak in Southern California). It’s usually only passable in the summer and early fall, but if there’s still snow when you go, you can cross country ski in the San Gorgonio Mountains within the monument. Good options for exploring on snowshoes or on foot include the .7-mile Marsh Trail and the 11-mile Morongo Canyon Trail. While hiking, keep your eyes peeled for the more than 240 types of birds that migrate throughout the monument.

Preparing for California national monuments in the desert

No matter which part of these California national monuments you visit, come prepared for solitude. Bring water, food, cold-weather clothing (yes, it gets quite cold in the desert at night), a good pair of hiking boots, and a GPS map such as Gaia GPS. You will definitely want to download your map in advance as most of the monuments do not have cell service.

All three of these new California national monuments are free to enter. So since you don’t have to spring for a parks pass, consider instead donating to one of the organizations that worked to get the national designation (and continues to work to protect the landscapes). That includes the Mojave Land Trust, which relies on donations to acquire and protect land and advocate for responsible recreating. The trust runs a clean-up day each year in the area in September. Consider also supporting the Wildlands Conservancy, which lobbied the Obama Administration to protect the three sites.

Of course, another way to support the California desert monuments is to pay them a visit (following Leave No Trace guidelines).

This article was originally published in February 2021 and updated with current details by Matador’s editorial team in November 2022.

OutdoorCalifornia Has 280 State Parks. These Are the 10 Most Beautiful To Visit.
Tagged
National Parks Road Trips California, United States
What did you think of this story?
Meh
Good
Awesome