Give your friends five chances to guess which city has the fastest internet in the nation, and there’s a good chance each and every one will go 0-for-5. So it goes for the often-overlooked area of Chattanooga, Tennessee, a small-but-sprouting city of less than 200,000 people sandwiched between Nashville and Atlanta along the state’s border with Georgia. Despite offering one of the country’s best environments for start-ups and remote workers, and an array of world-class outdoor offerings just minutes from downtown, Chattanooga still doesn’t quite pop off the map for most people.

But as it continues to attract new residents and develop a legit metropolitan scene to complement its rivers and mountains, that anonymity will be a thing of the past before long — especially in a post-pandemic, work-from-home world that craves the type of mountain-to-metro vibes found in Chattanooga.

World-class rafting and kayaking on the Ocoee River 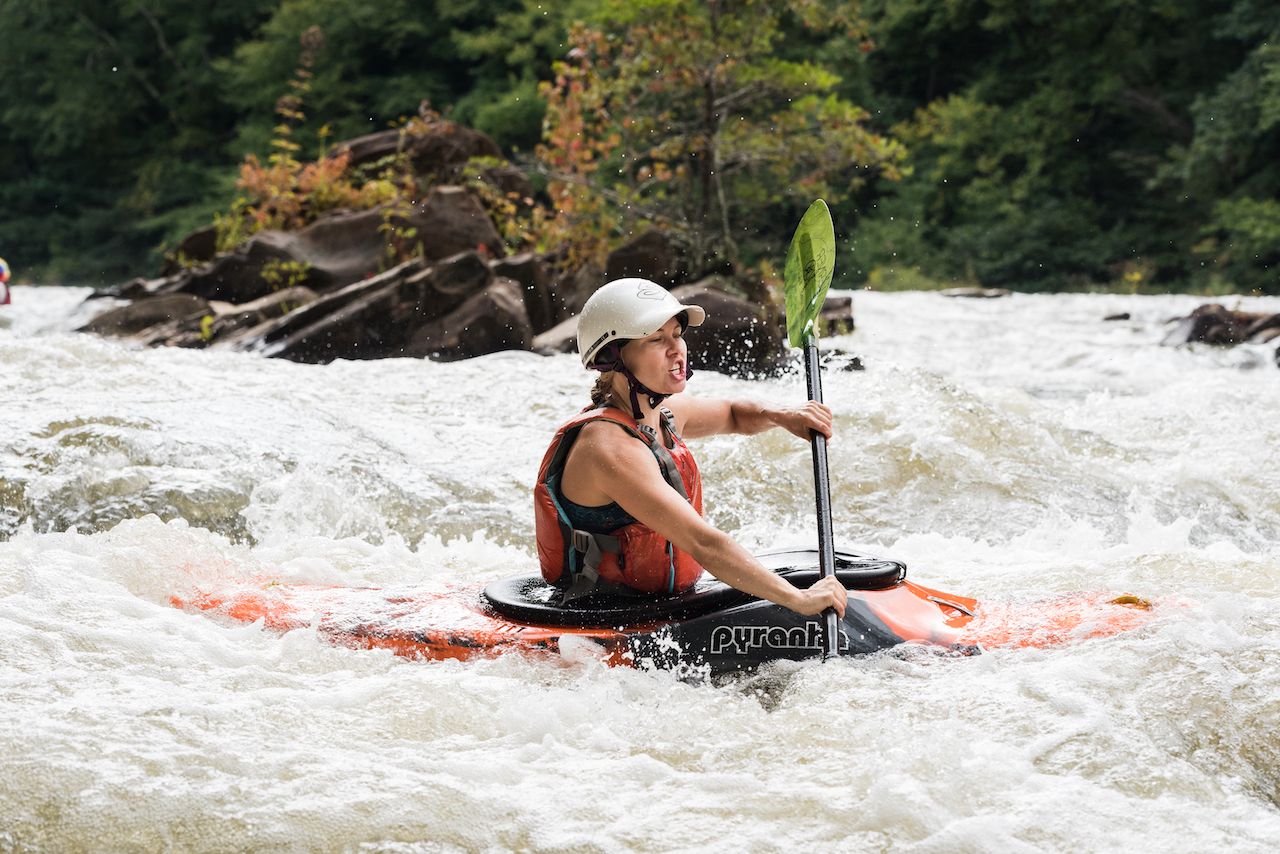 Much of the world has already laid eyes on what makes Chattanooga special, albeit probably without even knowing. The nearby Ocoee River in Cherokee National Forest — just 45 minutes from downtown — hosted the Summer Olympics Whitewater Competition in 1996. Flush with class four and five rapids, it was the first time a natural river had ever hosted an Olympic whitewater event (although its width was modified in the Olympic section to increase the power and speed of the water).

Today, multiple sections of the river are served by rafting companies, like Ocoee Rafting, for half- and full-day trips. It’s also a playground for local whitewater kayakers. A former river guide I spoke with referred to the Ocoee as “the Six Flags of whitewater sports,” a fitting moniker given its rapids and features, and the river’s popularity with locals and river rats along the Appalachian South.

Hiking, climbing, mountain biking, and electric-powered recreation are all easily accessible from downtown 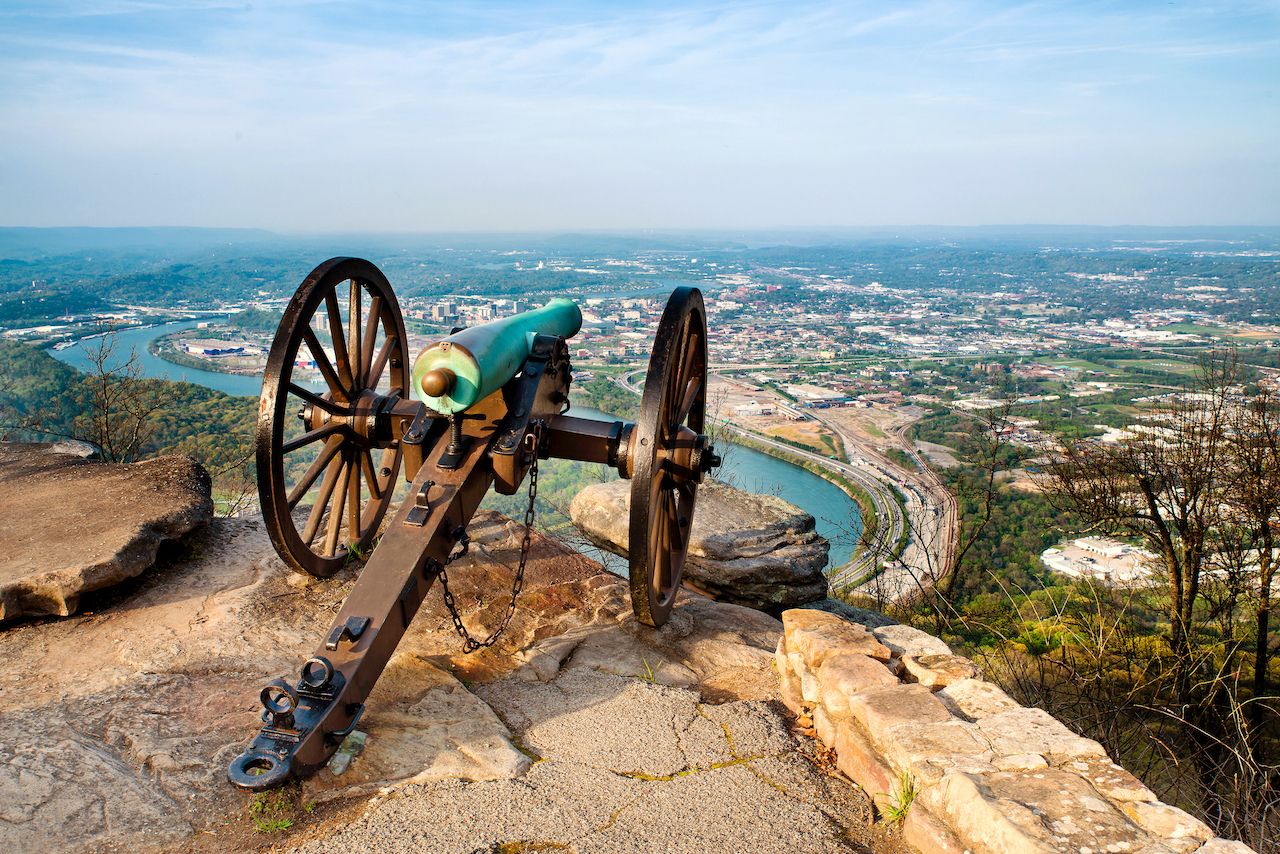 Hikers, bikers, and climbers need not go far from the city for adventure. Just a 15-minute drive will get you to Lookout Mountain, where the five-mile Bluff Trail leads to views over the river. There’s also Middle Creek, where you can hike alongside boulder-filled mountain streams. Racoon Mountain, also a short drive from downtown, is full of rocky downhill bike trails.

There are two climbing gyms in downtown Chattanooga where locals train to tackle the nearby Tennessee Wall, one of the most popular trad climbing routes in the southeast. Road bikers have it the easiest, though, as the after-work crowd makes use of the 16-mile riverwalk trail along the Tennessee River.

The area also has more progressive and non-traditional opportunities. Chattanooga is at the forefront of electric outdoor recreation. In August, Chattanooga will host the annual Get Off the Grid Fest, a three-day art and music festival run entirely on solar power that will include keynote speakers on sustainability and the outdoors.

To see the potential of electric vehicles in the wilderness firsthand, head over to Adventure Sports Innovation. It was the first US importer of the “Swincar,” an electric ATV created in France. The pendulum seating and arachnoid legs keep you vertical as the battery-powered motor climbs and scrambles through the region’s thick forests. Though it currently lacks the power and speed of its gas-powered competitors (the Swincar tops out at 20 mph), it’s essentially silent as it roams the forest — something that most backcountry-goers can appreciate. 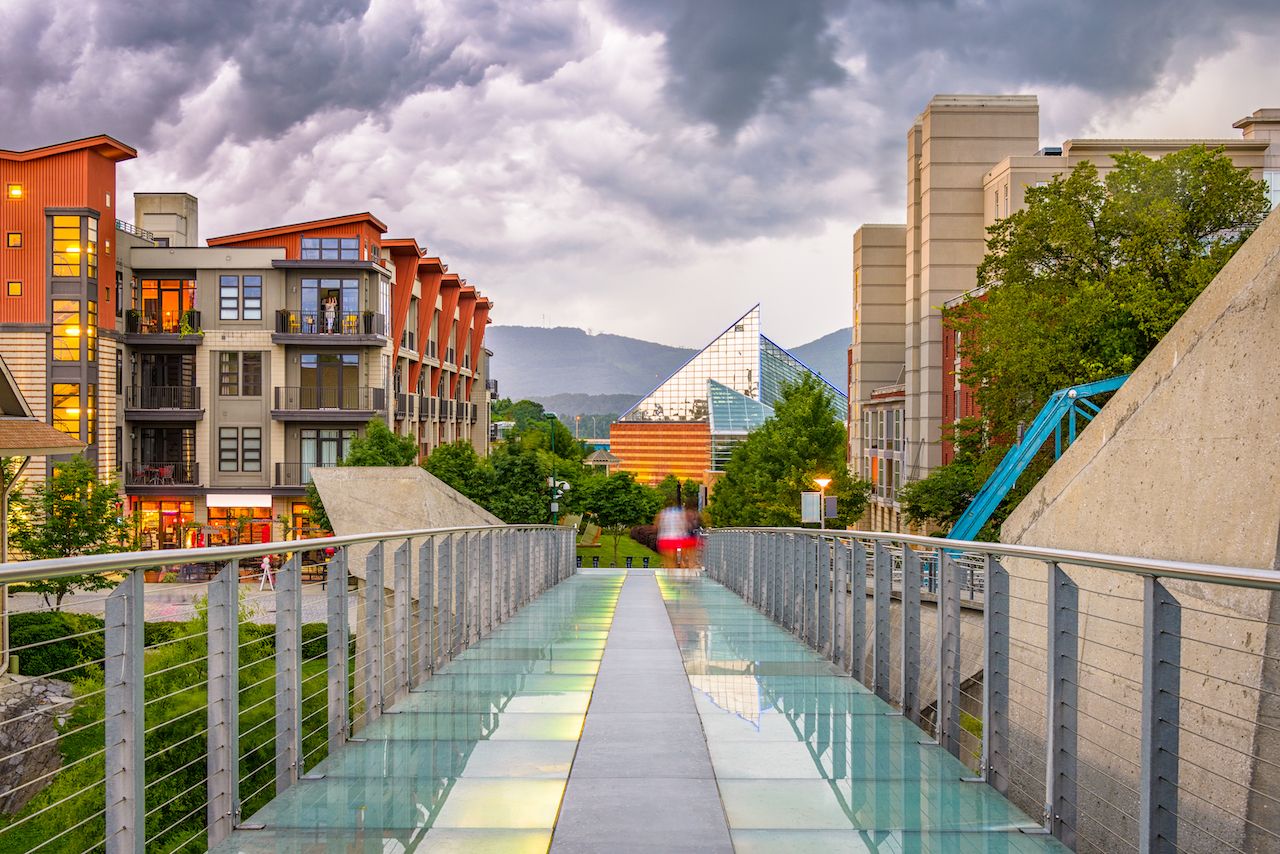 The increase in remote work has allowed people to swap dense urban areas for open trails and less traffic. However, Chattanooga’s metropolitan transformation began more than a decade ago.

Known as Gig City, Chattanooga became the first place in the US to introduce a citywide gigabit network in 2010. The result is the country’s fastest internet connection. Its continued focus on technological infrastructure has resulted in a steady influx of businesses and residents, namely tech startups and millennials moving to the area from bigger markets like Nashville and Atlanta who are seeking a lifestyle change and a community to invest in. Proof of this can be found at Five Wits Brewery. On one visit, our bartender had moved to the city from Nashville two years ago and still has never been hiking or camping — but wants to get into both. 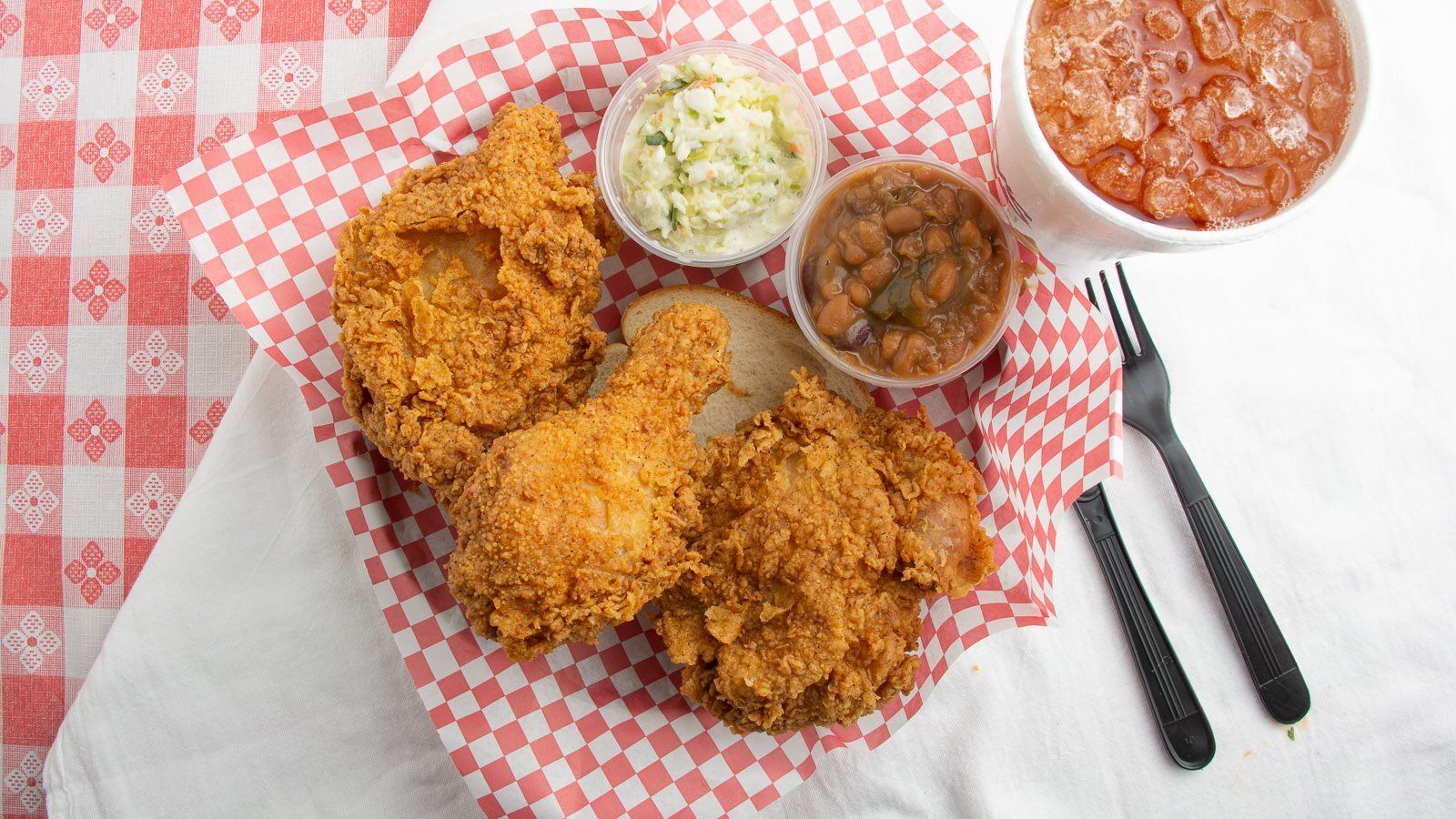 With the tech boom has come a revitalized downtown Chattanooga, including the restoration of historic buildings, breweries, restaurants, and designated open-container friendly streets. The latter center around the downtown Chattanooga Choo Choo train station, which has been reimagined into a multi-use facility that accommodates a hotel (Chattanooga Choo Choo), restaurants (try Stir for incredible oysters), and bars (be sure to hit American Draft, a pour-your-own-beer joint located inside an old train car). Before you even get into town, though, the barbecue brisket and homemade sauces at Chatter Box Cafe, a food truck permanently parked outside a defunct auto sales building across from a gas station near the city limits, is a great introduction to Tennessee barbecue.

Elsewhere in town, check out the one-restaurant, multi-chef concept at Proof, a restaurant and incubator that features dishes from startup restaurants, and Main Street Meats, a butcher, deli, and restaurant all in one that brings the smoked and grilled flavors of rural Tennessee into the city limits. If you like neighborhood bars with rooftops, Pickle Barrel’s burger selection and location in a flatiron building are sure to impress.

A must-eat in Chattanooga are the Southern-style fried chicken sandwiches at Champy’s. University of Tennessee Chattanooga students pair these with a 40-ounce bottle of beer, though they’re just as satisfying with a regular 12-ounce beer or even a glass of ice water on a hot day.

Get outdoors by day and take in live music at night 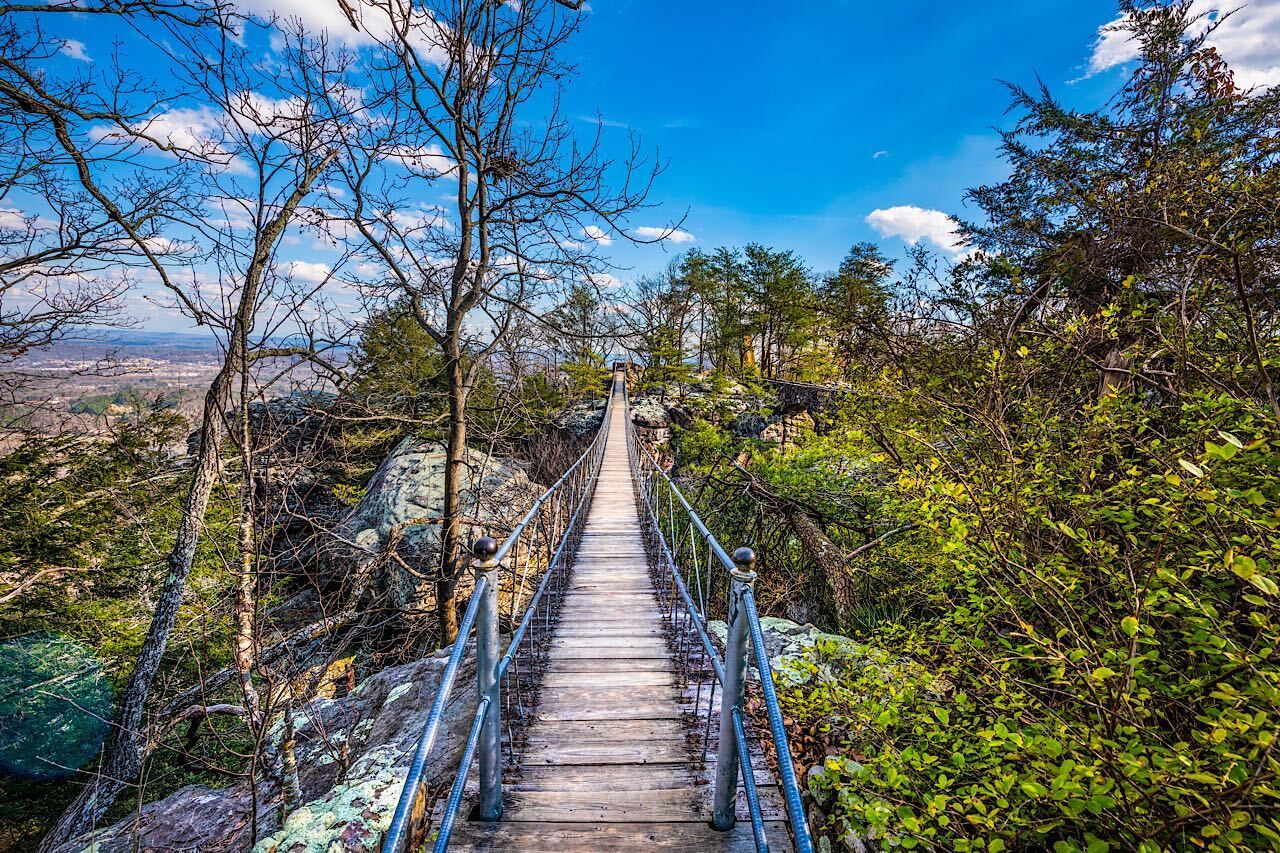 Move over Nashville and New Orleans. Okay, not quite, but Chattanooga’s nightlife and music scenes are surprisingly diverse, walkable, and innovative. Every Friday in summer, Chattanooga puts on a free multi-band concert series called Nightfall at Miller Plaza, featuring local beer (try anything and everything from Hutton and Smith) and food trucks. On Saturdays, there’s another free concert series, Riverfront Night, this one taking place on the banks of the Tennessee River downtown. Need a drink on Sunday? Check out Station Street. It’s open-container friendly, is lined by bars, and has live outdoor shows to close out the weekend.

All these events give preference to local bands and artists, as do a collection of self-described “weird venues” like JJ’s Bohemia, neighborhood hangouts like Cherry Street Tavern, and craft breweries like Wanderlinger.

“What I love about [Chattanooga] is this,” said Chris Hettinger, a young professional who moved from Arkansas a year ago, during a 1:00 AM show break at JJ’s. “Here I am out at night, drinking until late with my friends, and I know we’ll still go rafting or biking tomorrow even if we sleep in, because it’s only a short drive, and getting outside is not a big effort here.”