Indoor skiing and training facilities are nothing new in a destination ski location like Colorado, where skiers can learn the basics at SnoBahn just outside of Denver, or master their freestyle technique at Woodward at Copper without ever stepping into nature. But the indoor ski industry is being driven forward by warm-weather destinations such as Dubai, which opened Ski Dubai in 2005, hoping to snatch a piece of the multi-billion dollar industry. Dubai’s 5.5-acre ski area brought slopes and terrain features, as well as the industry-standard high-end lodging to the sun-baked Middle East.

Now, the Chinese are breaking into the industry in a momentous way by announcing Wintastar, the world’s largest indoor ski and snowboard resort located in Lingang City, just outside of Shanghai. The facility, set to operate as a full-scale ski resort, will feature a “Ski & Snow Park” covering more than 22 acres with three separate ski slopes, including a training facility matching Olympic standards, as reported by The Points Guy. 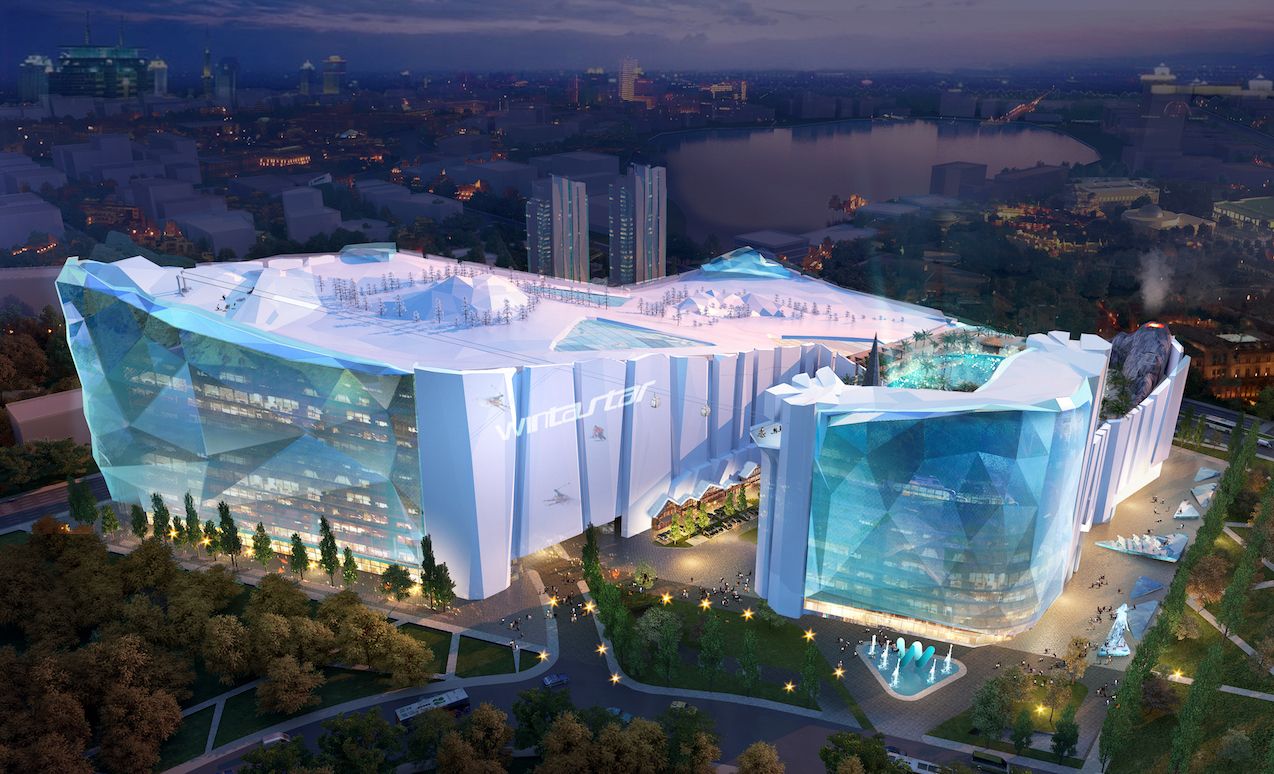 There will be retail and entertainment facilities on-site including movie and production theaters. Checking out Wintasar will be worth it even if skiing isn’t your thing, as the forthcoming resort will host more than 25 on-snow activities for non-skiers. No open date has yet been set, but it’s safe to say that it’ll take at least a few years to build such a large project.

Extreme Sports5 Extreme Sports for People Who Hate To Go Outside
Tagged
News China
What did you think of this story?
Meh
Good
Awesome