California is in the process of building a bullet train that will eventually run all the way from San Diego to Sacramento and San Francisco along about 1,300 km (800 miles) of track, with trains running at speeds exceeding 320 km (200 miles) per hour. The first phase of the plan will connect San Francisco to Los Angeles and Anaheim at an estimated cost of over $60 billion with expected completion in 2029. However, a recent increase of $2.8 billion to the budget for construction in the Central Valley has some (short-sighted) people questioning the future of the project.

High-speed rail is the infrastructure that the United States needs to renew its ailing transportation system and California’s project can show Americans what twenty-first century transport infrastructure looks like. Unfortunately, detractors have been criticizing high-speed rail since it was initially proposed and will use any excuse to try to justify its cancellation. It’s odd that so many are against investing in their country, state, and community, especially when compared with Europe and China.

The sad truth is that, far from being a leader, the United States is way behind on building a modern transportation network. Compare the train maps of the United States, Europe, and China, and you’ll see how devoid of both regular and high-speed trains the United States is in comparison to the latter two regions. Nearly all the existing higher speed lines noted on the US map would still fall in the standard gray category of the European map. 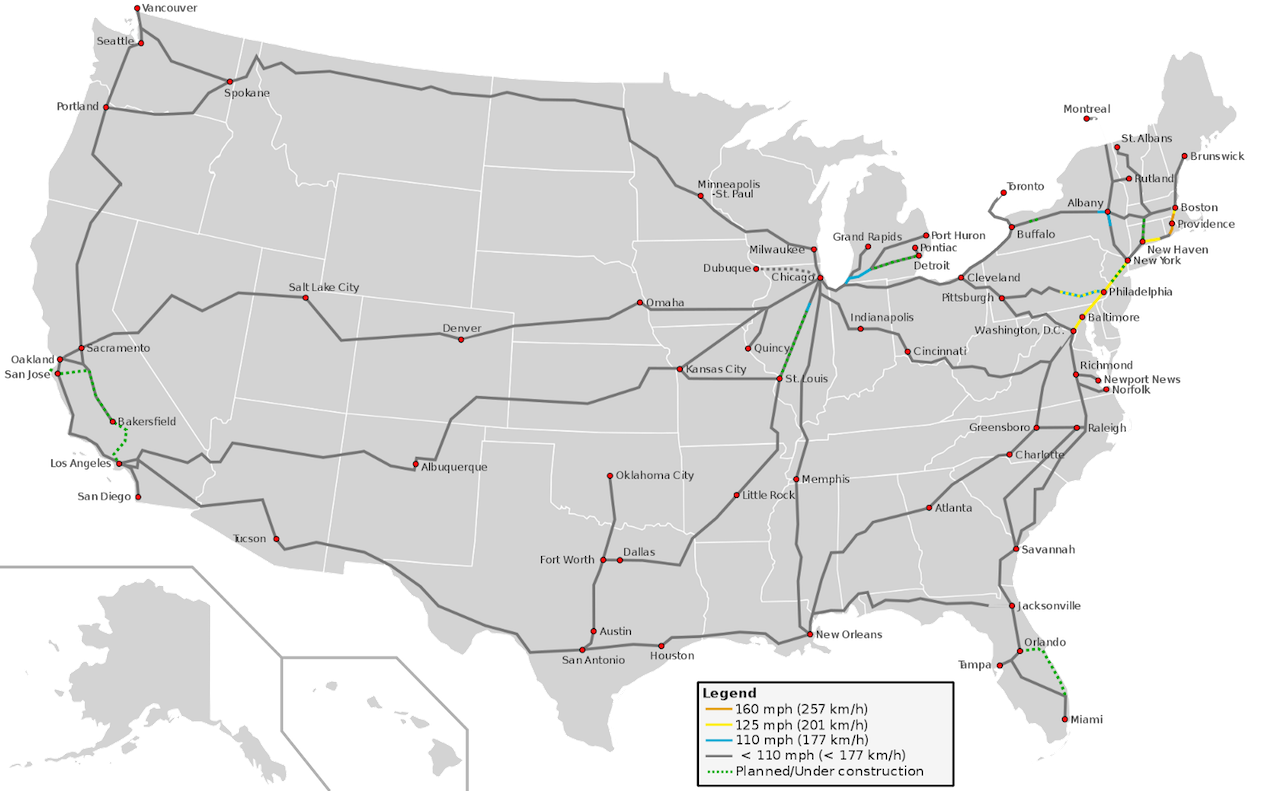 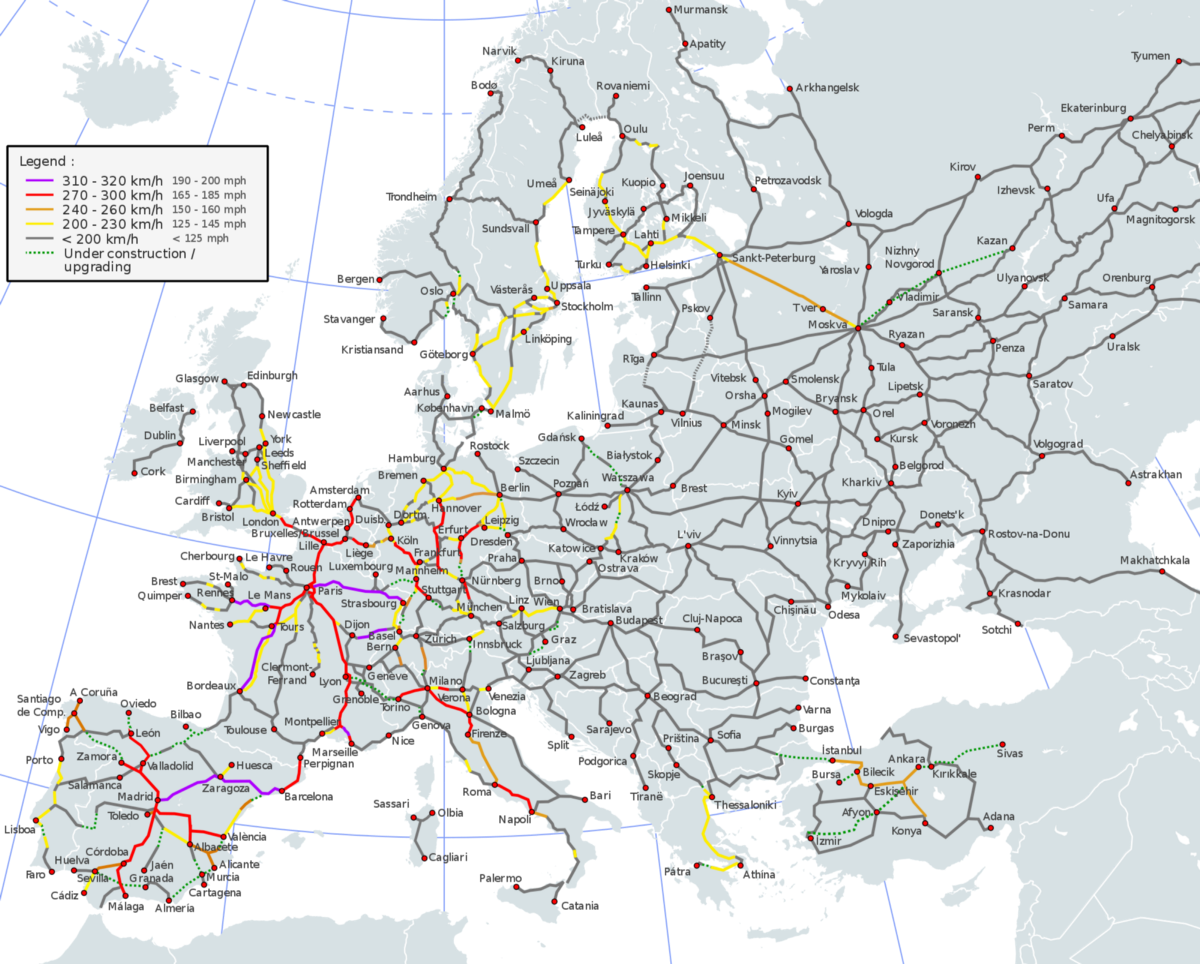 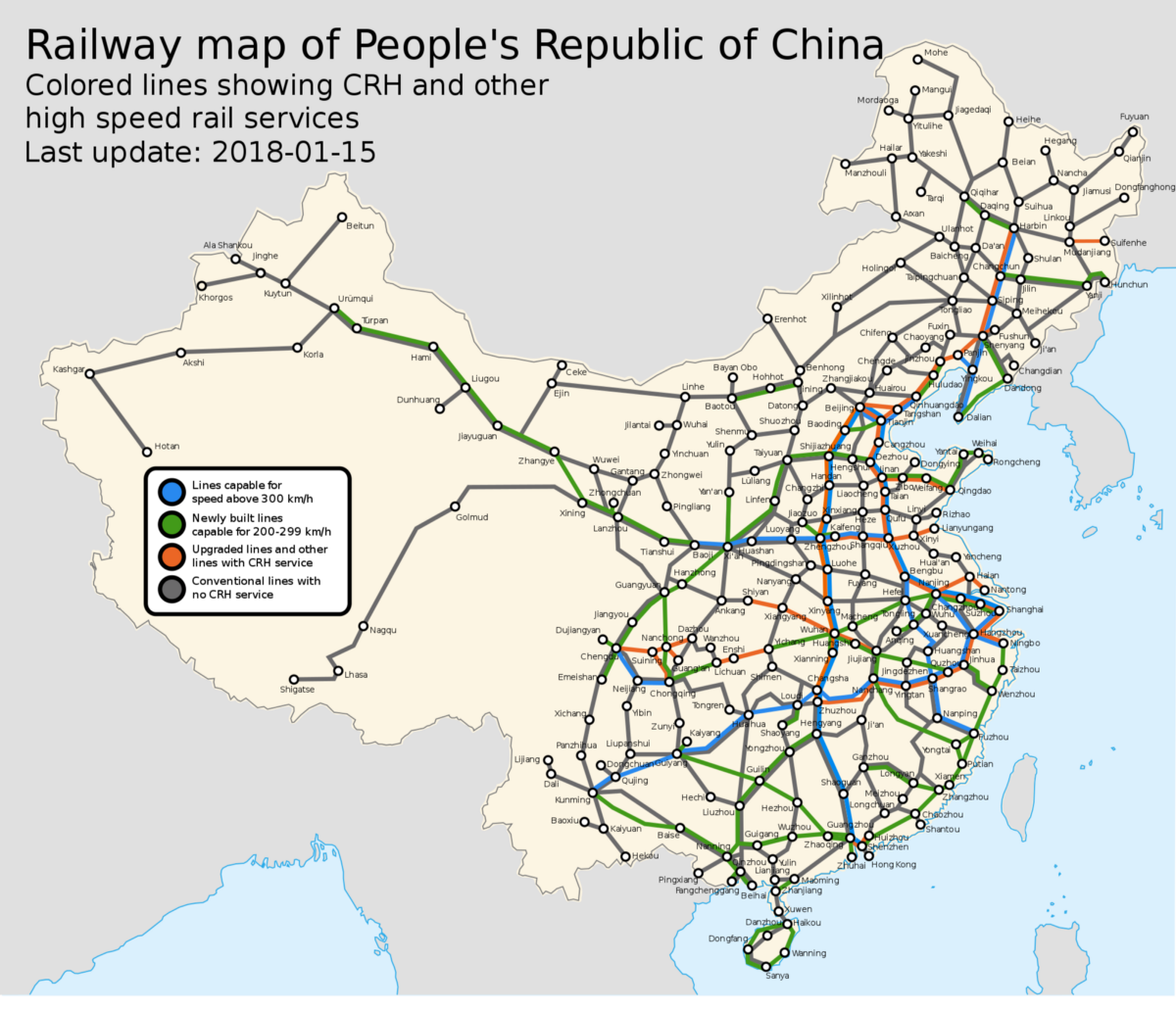 China opened its first high-speed rail line to connect Beijing and Tianjin in 2008 – the same year that California voters approved the state’s high-speed rail project. Since then, China has spent an estimated $360 billion to build 22,000 km (13,670 miles) of high-speed rail – more than every other country combined – and is expected to add another 15,000 km (9,321 miles) by 2025. This investment has transformed the way Chinese people travel and has had massive economic benefits, but there have been other notable expansions.

In the 1990s, there were hardly any subway systems in Chinese cities, but now twenty-five cities have them. There are more than 5,000 km (3,100 miles) of subway lines – more than four times what exists in the United States – and that number is expected to double by 2020. There are also nearly 1,000 km (620 miles) of bus rapid transit and hundreds of kilometres of tramways. China has seven of the twelve longest subway systems in the world, with Beijing and Shanghai being by far the longest. 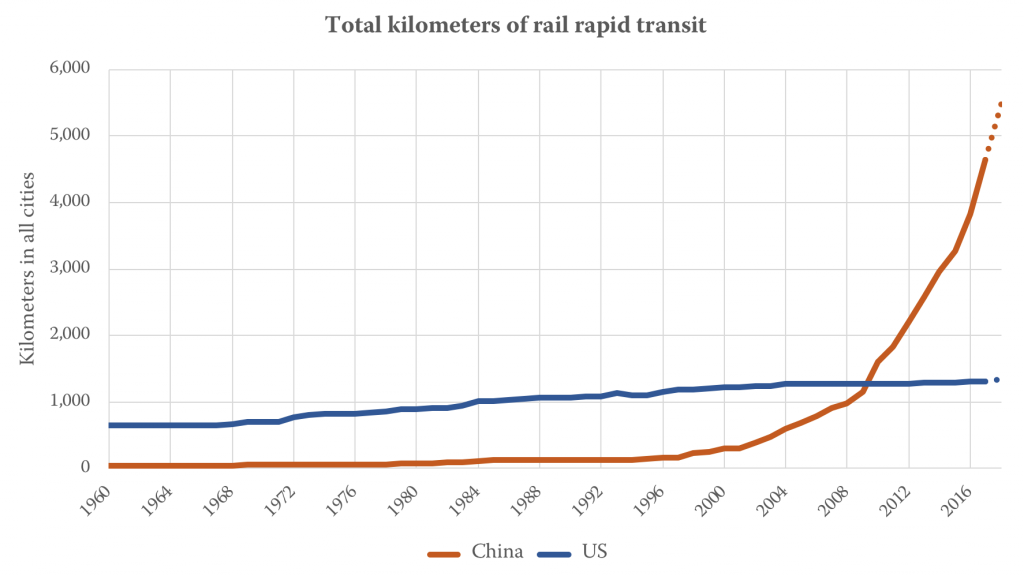 This is made by possible by the massive investment in transit by the Chinese government. It spent $189 billion on metro lines from 2010 to 2015, and is expected to spend up to $308 billion more from 2016 to 2020. In comparison, the US federal government spends just $2.3 billion per year on transit.

While the United States is busy talking about making itself “great again” by demonizing immigrants and trans people, while it continues to decline as a world power, Europe and China are expanding their forward-looking systems of high-quality transportation to position their regions to challenge American power, and prosper in the coming century. The United States, on the other hand, is stuck with its eyes on the past.

Does that mean there’s no hope for the United States? Of course not. California’s bullet train is a step in the right direction, as are the many transit ballot initiatives approved across the country which amounted to nearly $200 billion in 2016 alone, though much of that money will be spent over many years, if not decades, not in the five-year timeframes common in China. The United States’ big challenge is that it’s still way behind Europe and China on transport infrastructure, and many of its political leaders, particularly at the federal level, either do not see a role for government in building the infrastructure of the future or are in the pocket of the automotive and fossil fuel lobbies which want the status quo to continue as long as possible, regardless of the societal consequences.

The United States is still the richest country in the world. It could have a twenty-first century transportation network if it wanted one. There’s no use waiting for Silicon Valley’s transportation pipe dreams; Americans need to demand a radical change from their politicians: an end to the mindset that tax breaks for the rich and cuts to spending on social goods and infrastructure produce prosperity – they don’t. And if politicians won’t change, they need to be replaced with a new generation of lawmakers – maybe even a president – that will make the investments the country needs.

TravelEurostar Announces Non-Stop Service Between London and Amsterdam
Tagged
Activism
What did you think of this story?
Meh
Good
Awesome