The Negroni — a straight-forward mix of gin, Campari, and sweet vermouth — is one of those drinks that any self respecting bartender knows how to make whether it’s on the menu or not. It’s a go-to cocktail for those precious hours between work and dinner, an Italian import that’s as popular as pizza and, in some circles, as prevalent as pepperoni.

The cocktail turns 100 in 2019 (at least according to the most widely accepted origin story), and the centenarian is peaking in its old age in the US. Once something solely made by bartenders, for bartenders, the Negroni is now part of the common drinker’s lexicon. There’s even an entire week in June dedicated to the Negroni called Negroni Week. More than 12,000 bars are participating in 2019, and the event has raised nearly $2 million for charitable causes since starting in 2013.

With this popularity in the US has come change to the cocktail that started it all. It’s no longer surprising to see on cocktail menus barrel-aged Negronis, Negronis made with coffee, and Negronis that swap in mezcal, Scotch, sloe gin, or any other spirit the bartender feels like.

But the original Negroni has a level of Italian chic that’s on par with Italian exports like Prada, Versace, and Armani. “For Italy, Negronis are a part of their history and culture,” says Anne Louise Marquis, national portfolio brand ambassador for Campari America. “The Negroni cocktail is imbedded within the Italian lifestyle, and it’s iconic status is celebrated and loved.”

Italians like simple classics that let the ingredients shine, Marquis adds, like a Negroni made solely with Campari, sweet vermouth, and gin. An orange garnish is the final touch. “In Italy, the sign of a great bartender is how well they can execute a classic.”

How the Negroni took over America 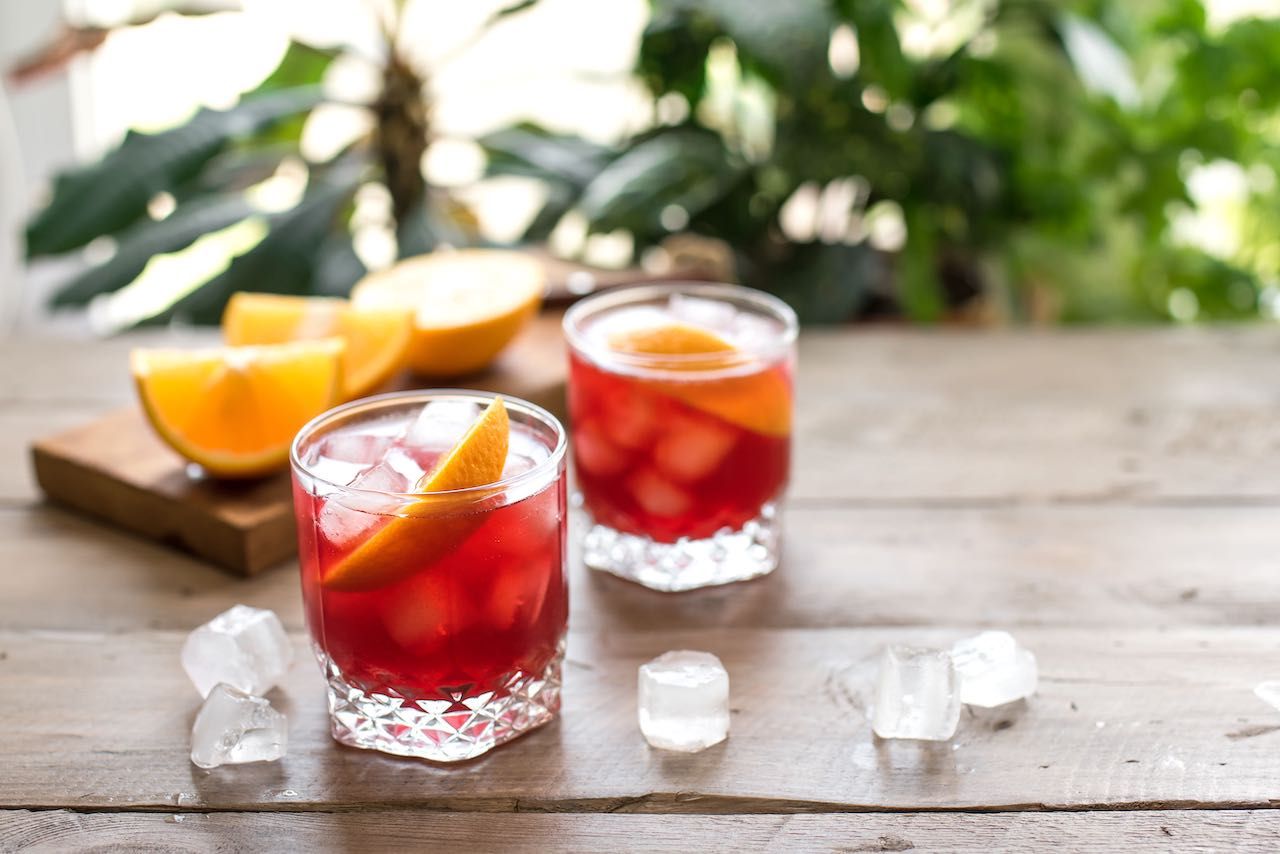 Most cocktail origin stories — take the Margarita, for example — are murky at best. The Negroni is not most cocktails. Bartender and drink historian Luca Picchi writes of the famous formulation in his book Negroni Cocktail: An Italian Legend. The story goes that a Florentine Count named Camillo Negroni walked into a bar in Florence called Casoni and asked for an Americano, a cocktail made with vermouth, bitters, and soda. He asked the bartender, Fosco Scarselli, to fortify his drink with some gin. This fortification sealed the deal and led to the modern Negroni.

(A less common theory is that it was created in Senegal in 1870 by General Pascal Olivier Comte de Negroni, as noted by the New York Times.)

Widespread written documentation of the Negroni doesn’t pop up until 1947, cocktail writer and historian David Wondrich writes in The Daily Beast. The ruling Fascist party banned the word cocktail, so the slow spread of the Negroni was more a problem of drinking styles and disastrous politics than of taste. Negronis and variations on the drink found a brief home in Paris during the 1920s thanks to Campari marketing events, but Negronis really took off in the years following World War II.

This postwar period was known as dopoguerra, then later took on the moniker la dolce vita. Campari was right there moving that sweet life forward from Rome to New York, and even had Orson Welles singing its praises. Welles wrote of the drink, “The bitters are excellent for your liver, the gin is bad for you. They balance each other.” While the health balance isn’t true, the taste balance is.

“Its perfect balance of bitter and sweet has made it the ambassador of ‘la dolce vita’ around the world,” Marquis says. “In its three simple ingredients it communicates so much about the Italian point of view: bitter yet sweet, simple yet complex, traditional yet adaptable. Of course, the heart of the Negroni is Campari, which is one of the most important and iconic brands in all of Italy. Ask any bartender how they make their Negroni. The gin and vermouth might change, but the heart is always Campari.”

Having the backing of Campari surely helped the drink become a phenomenon. Few things reach stardom without marketing, and the Negroni is no exception. The brand printed the cocktail recipe on the back of the bottle, something it does to this day. Negronis became a symbol of the sweet Italian life and a way to channel the Italian ethos no matter where you are.

The Negroni hit mainstream consciousness in the last 15 years in craft cocktail bars. Bartenders would order it, and then Americans, eager to look cool and order the cool drinks that bartenders order, followed suit. Cocktail bars across the country added it to menus along with Old Fashioneds, Martinis, and Manhattans.

Yet the flavor profile of the Negroni wasn’t natural to modern Americans. That bitterness of the Campari took some getting used to.

“We like to say it takes three tries to fall in love with a Negroni,” Marquis says, “but once you do, you are hooked for life.”

The case for the classic Negroni 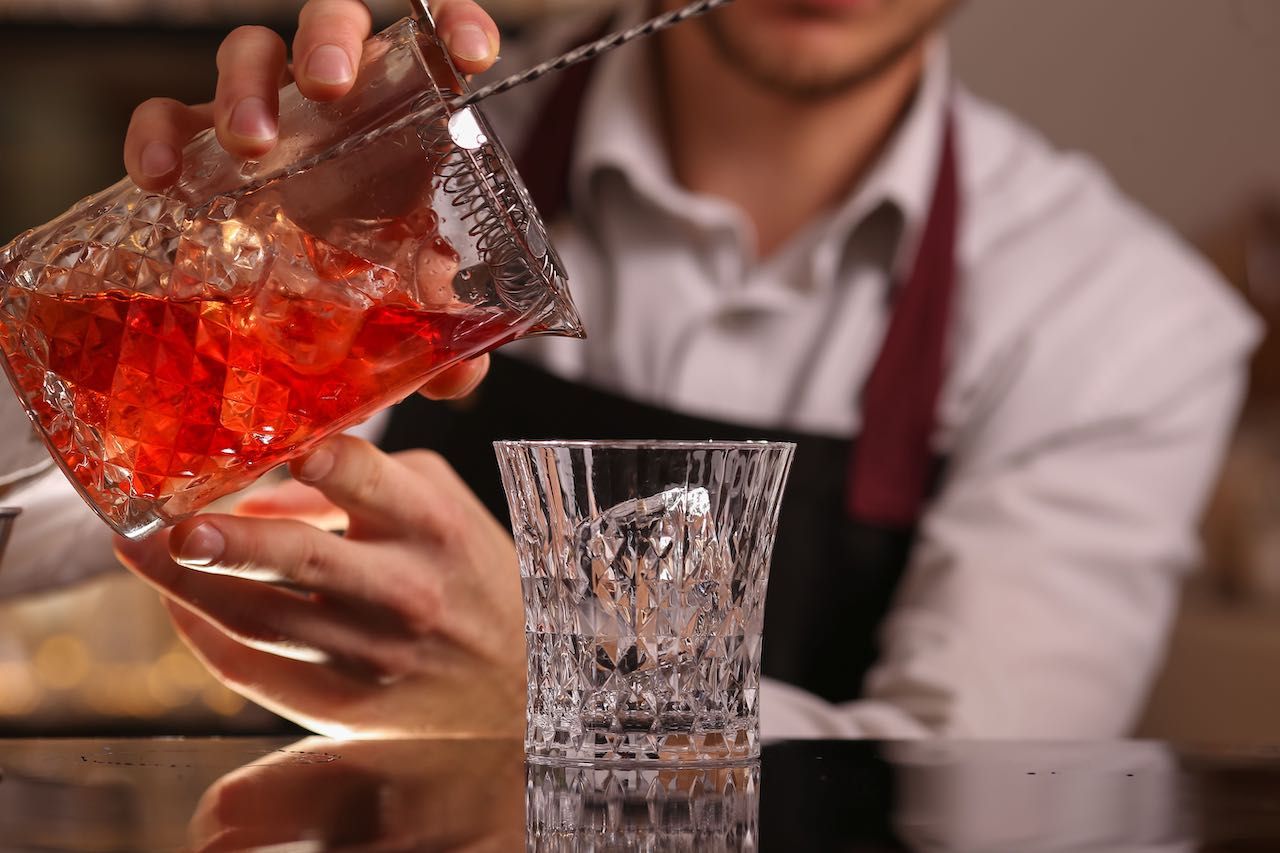 “Even though this cocktail has been around for a century, in the US, we are still discovering and rediscovering the Negroni,” Marquis says. “American bartenders like to innovate, to swap out ingredients and push the edges of what a Negroni can be. In fact, in the past few years we’ve seen the meaning of ‘Negroni’ shift from just one drink to a whole family of drinks that we now call ‘The Negroni Family Tree.’ Negroni is more than a drink now; it’s become a category.”

The Negroni has always inspired variations, evidenced by the cocktail competitions Campari held in Paris in the 1920s. But if you want to evoke those same Italian vibes that the Negroni drinkers of the past were searching for, all you have to do is stick with the original.

“The Italian cocktail cannon is much smaller than that of other countries, but what it does do, it does very well,” Marquis says. “In general, Italians like classics — simple dishes and drinks that let their ingredients shine. The Negroni cocktail is an exercise in simplicity, sophistication, and restraint.”

One hundred years after its invention, the original Negroni is all you need for a mini vacation to the heyday of modern Italian culture.

What Your Bartender Really Thinks of Your Cocktail Order
Tagged
Food + Drink Italy
What did you think of this story?
Meh
Good
Awesome