Coffee is essential for most people when they’re traveling, and thankfully it’s usually easy to find. But the price of coffee can vary widely depending on where you are. Recently, te website SavingsSpot put together a handy chart of the cities and states in America with the most, and least, expensive cup of coffee.

Coffee aficionados might not be surprised to learn that Seattle, Washington, takes the crown for the most expensive cup of coffee in America, coming in at an average of $3.46. But this is no gas station coffee on offer — Seattle is well known for its many gourmet coffee shops. Seattle isn’t the only city int he state with a high price tag. Washington state is home to the top five most expensive cities for coffee on the list: Seattle, followed by Olympia, Kennewick, Tacoma, and Bremerton. When it comes to pure coffeeshop access, however, Hawaii has the most coffee shops per capita, with about 41 coffee shops per 100,000 people. 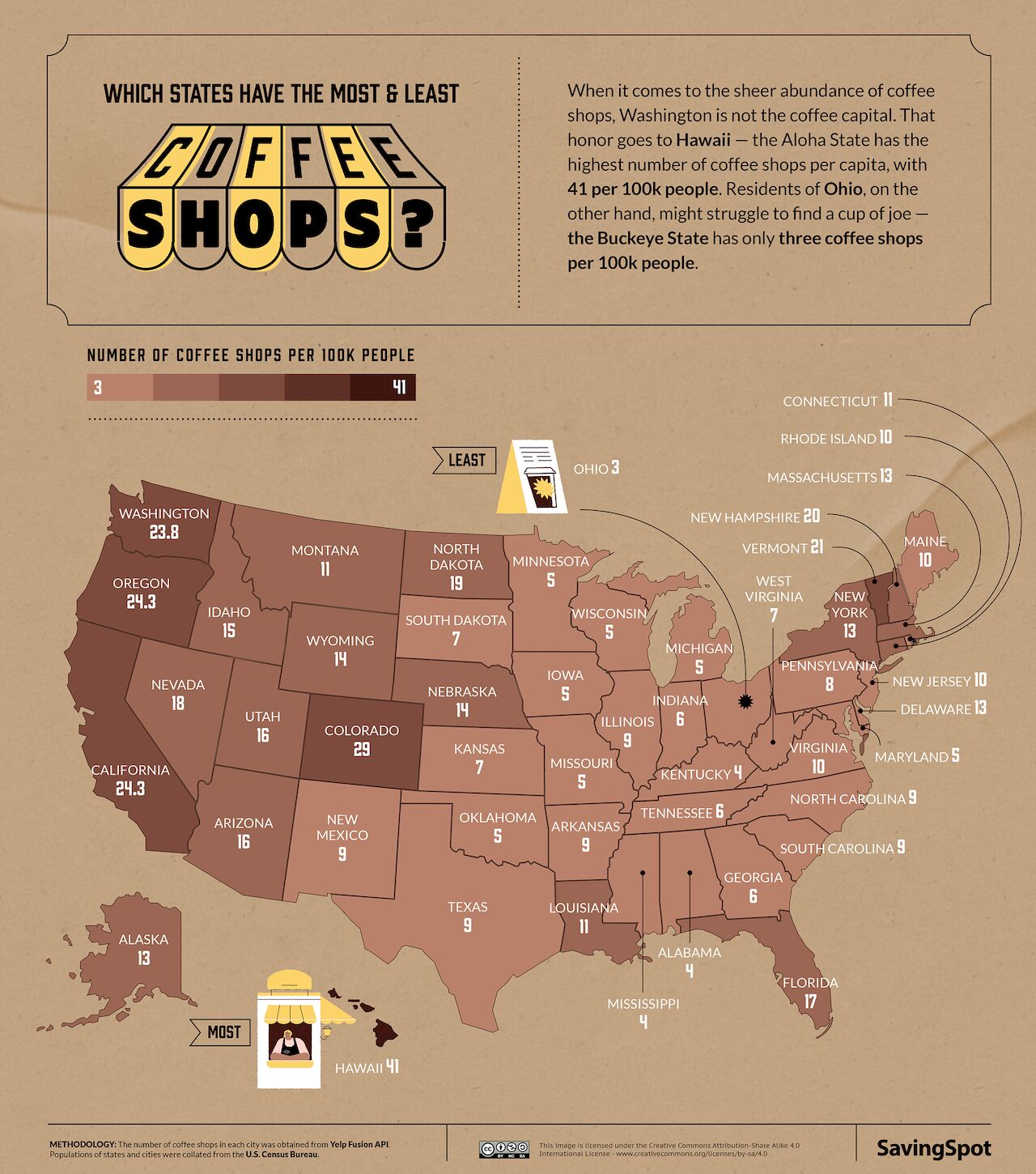 You’ll find the most affordable cup of coffee in Iowa, where a caffeinated pick-me-up costs, on average, $1.38. New Jersey, New Hampshire, and Rhode Island all have similarly inexpensive cups of coffee on hand. 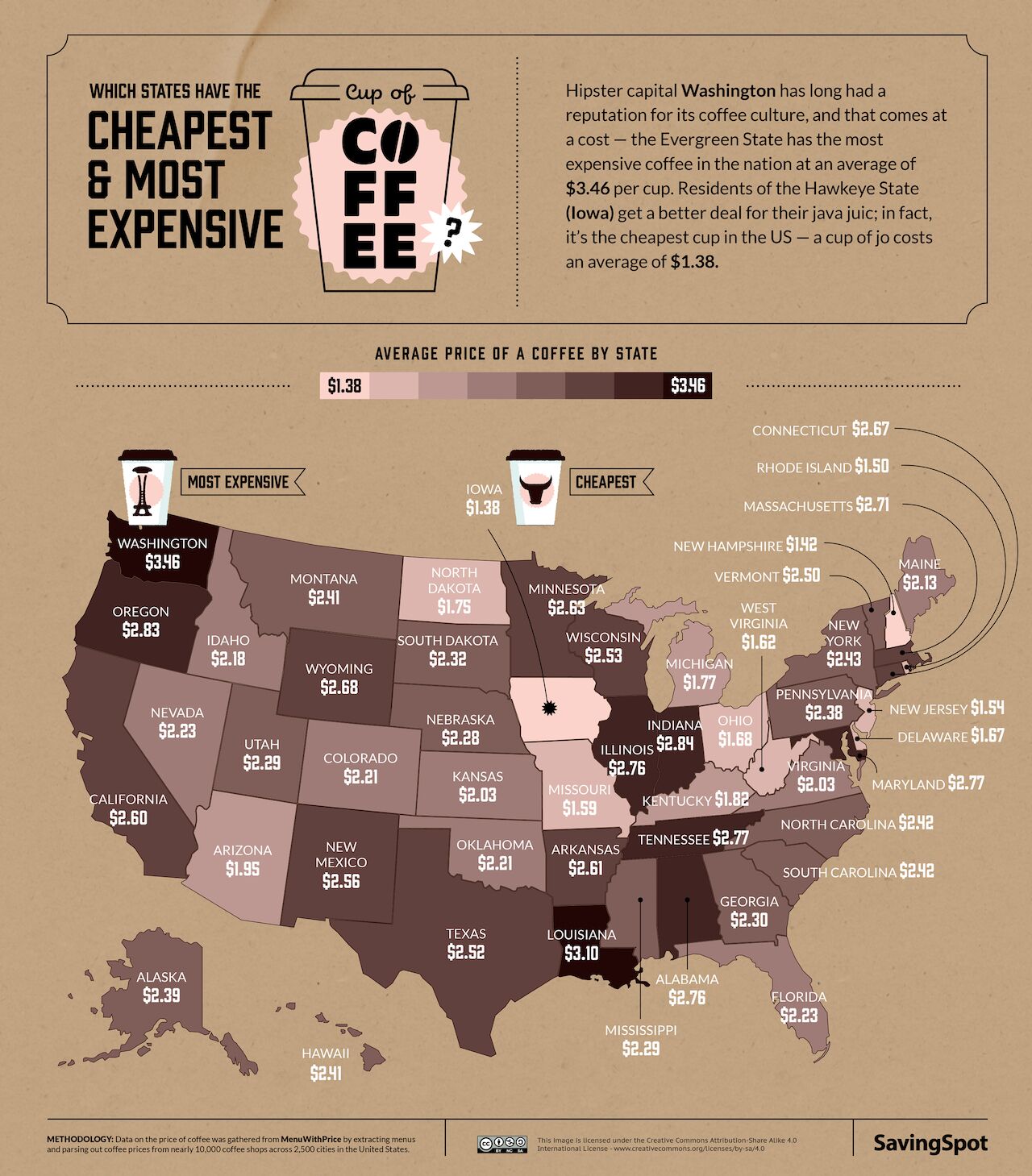 The city with the least expensive coffee in the country is Harrisburg, Pennsylvania, where your latte or cold brew will cost around $1.18. However, folks in cities in the Midwest are especially lucky when it comes to cheap coffee: The cost for a cup of coffee in Des Moines, Ann Arbor, and Dayton all hover around $1.38. 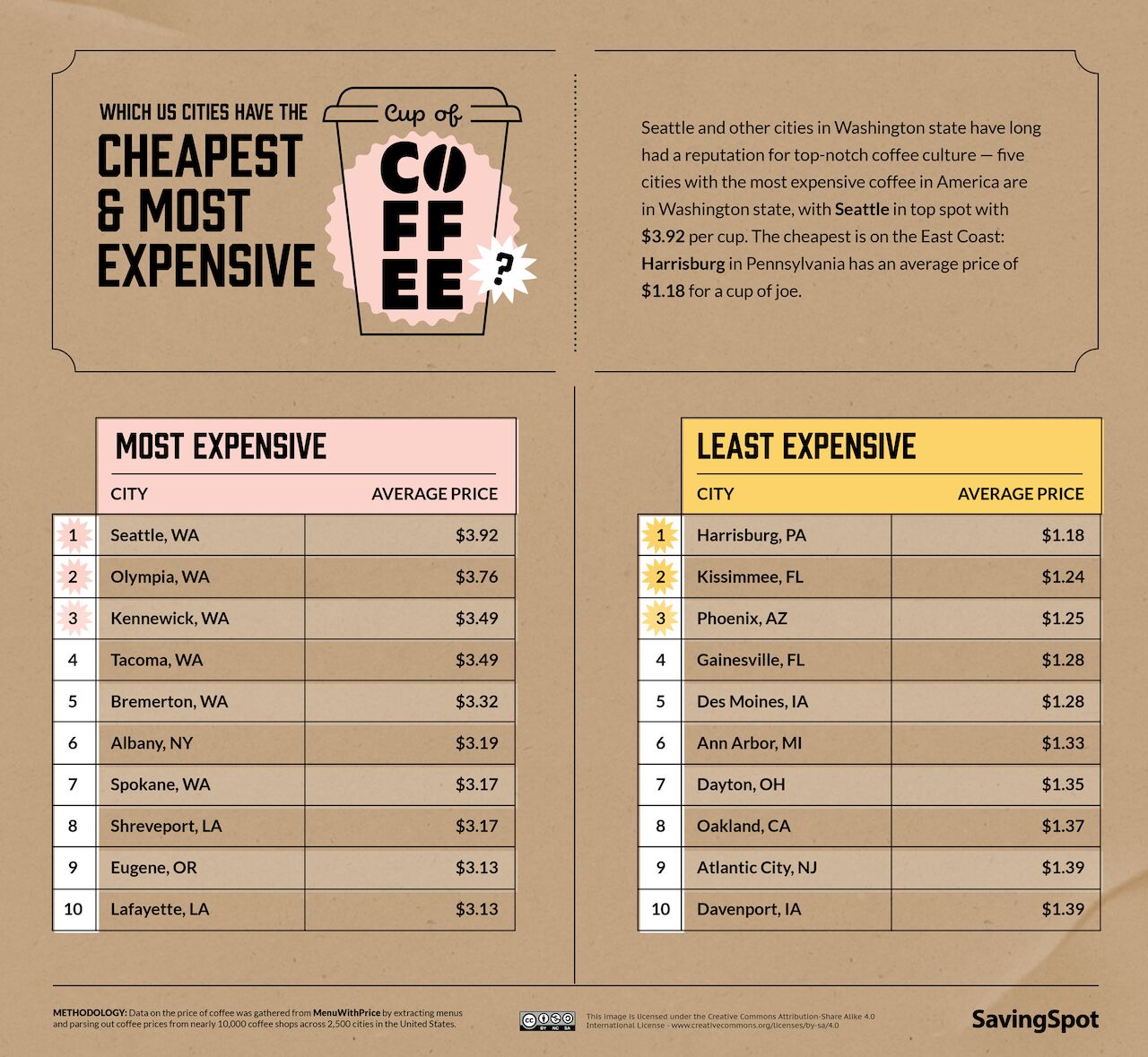 If you’re interested in how coffee prices stack up to income levels, look to Louisiana, which is the state with “the least affordable coffee compared to income — $3.10, which is 18% of the median hourly pay in that state,” according to SavingsSpot. 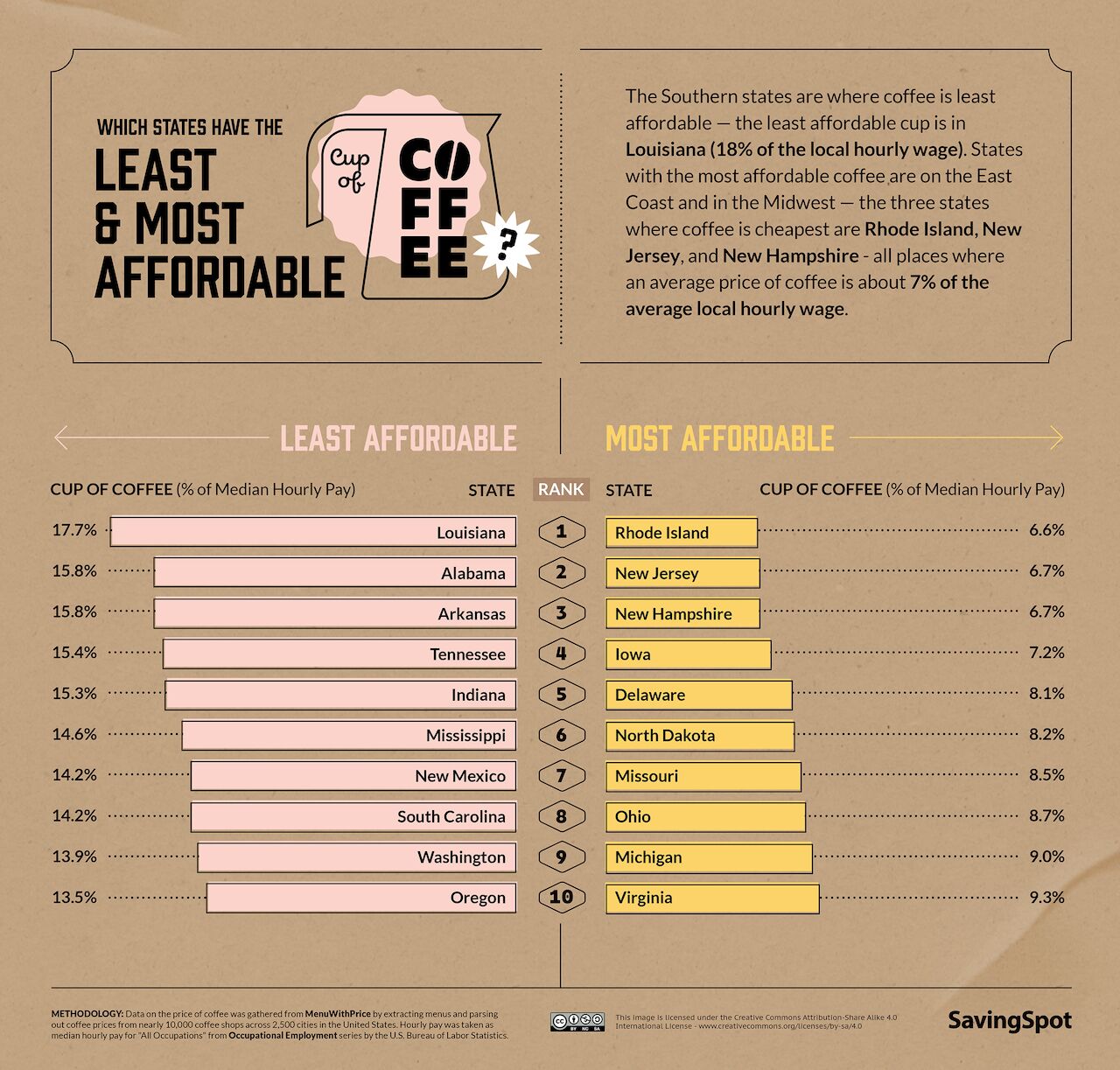 You can read the rest of the SavingSpot coffee findings here.

NewsA New Study Found the 10 Best Coffee Cities in the United States
Tagged
Coffee + Tea News
What did you think of this story?
Meh
Good
Awesome

This Coffee Will Be Shot Into Space on Tuesday. But You Can Try It Here on Earth, Too.