Cartagena, on Colombia’s northern coast, is one of South America’s loveliest cities and Colombia’s most-visited location. So you, too, may find yourself in this special city. However, after a few days, you may want an escape from the heat and crowds. That’s a perfect opportunity to head to the Rosario Islands, a rustic national park surrounded by the pale blue Carribean Sea. We recommend spending at least one night there to really savor the islands’ more relaxed pace of life.

Getting to the Rosario Islands 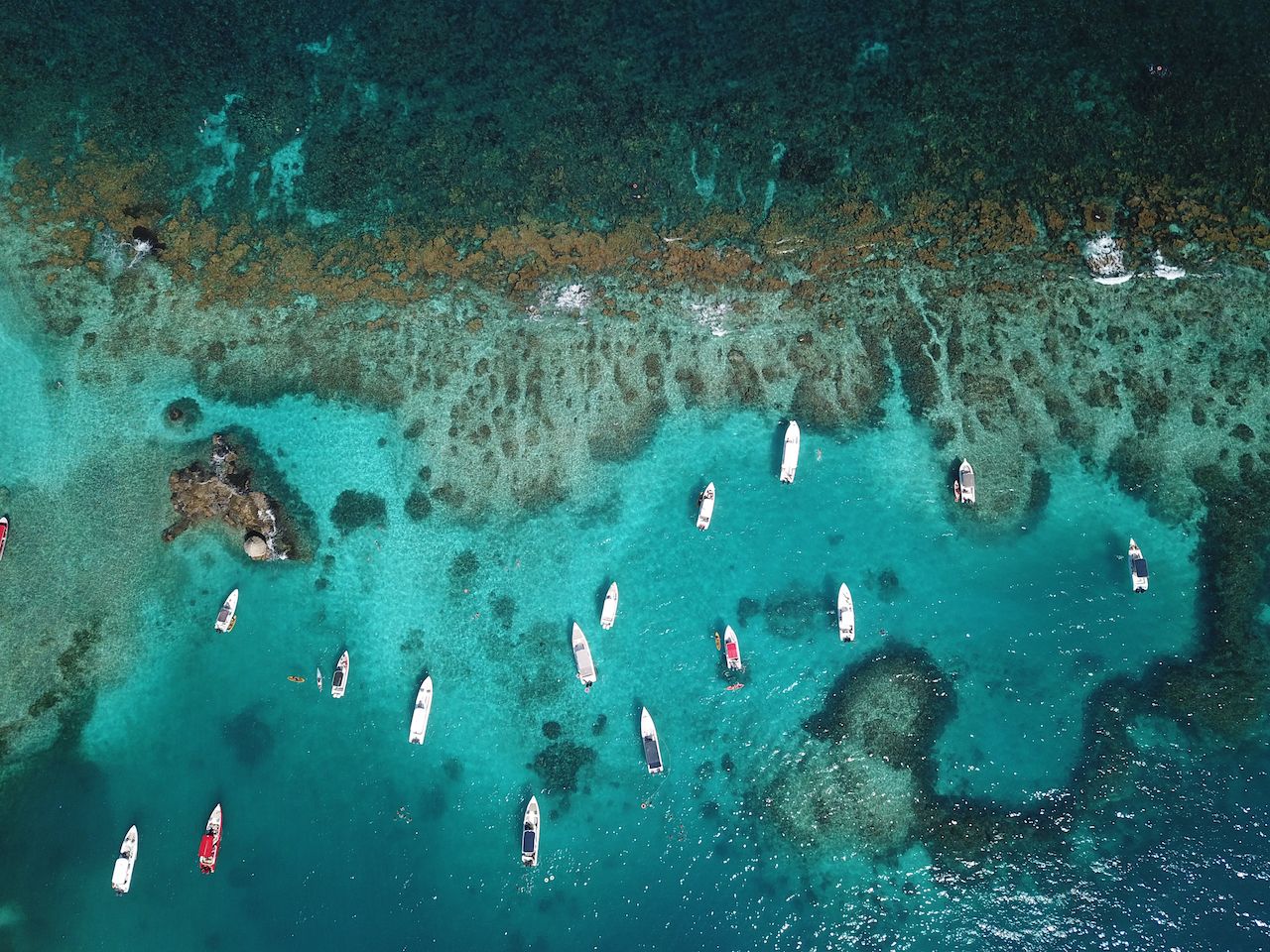 The Rosario Islands are a protected archipelago of 28 islands located about 25 miles off the shore from Cartagena. In 1988, the Colombian Government declared the Rosario Islands a national park to preserve the coral reefs, seagrasses, mangroves, and great biodiversity of these islands, which has also turned them into a destination in their own right.

Access from Cartagena is an easy 45-minute boat ride from the town’s main dock, La Bodeguita. After leaving sweaty, busy Cartagena, you’ll find the islands’ cerulean waters and sea breeze a welcome change. If you’re pressed for time, a day trip is an opportunity to see the islands, but be warned that guided tours follow the same path, stopping at beaches with vendors hawking goods and working to upsell you. If you’re looking for peace and tranquility, skip the day trip and opt to stay at least one night, and preferably three. 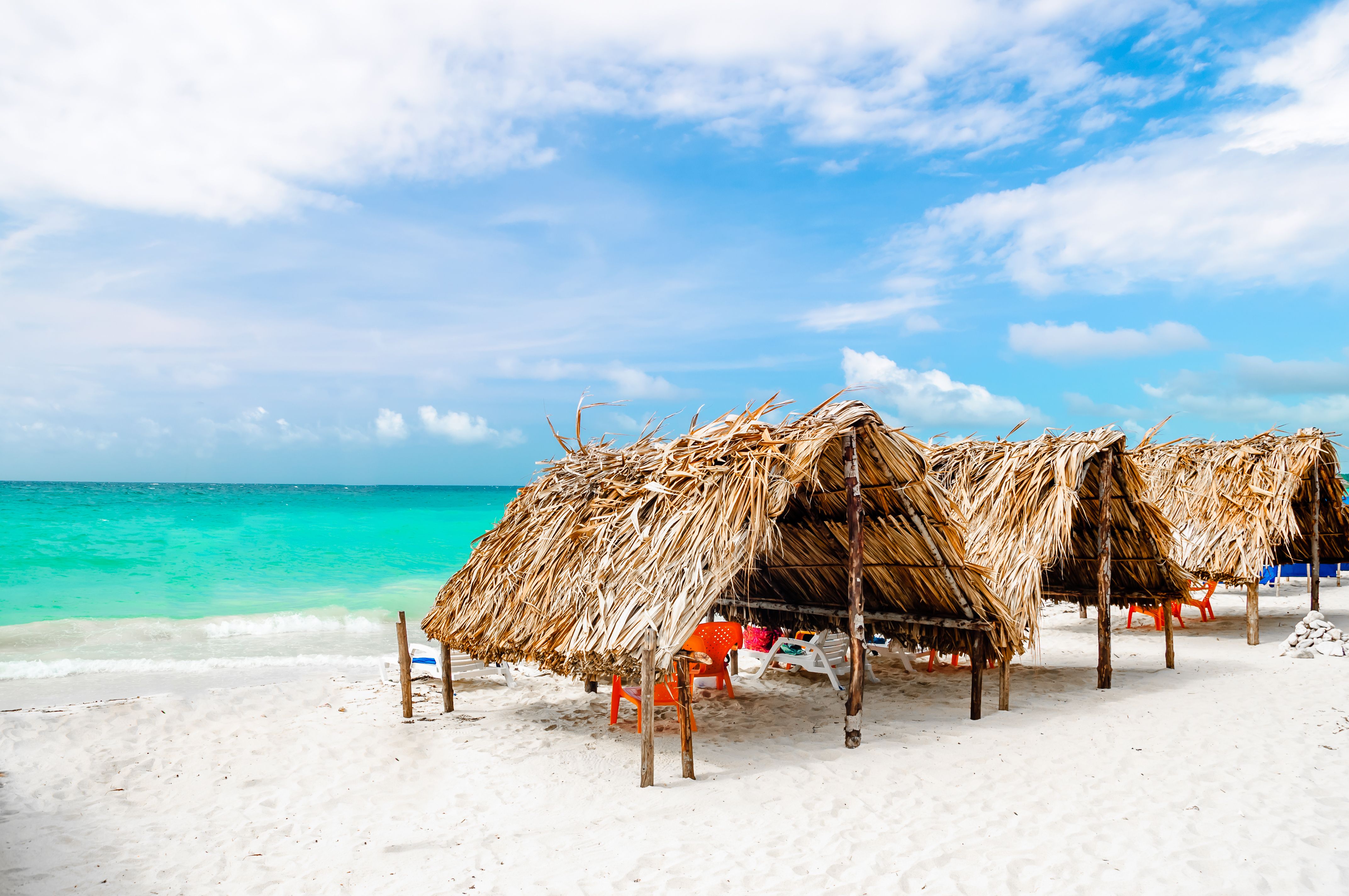 For accommodations, book early. The Rosario Islands are not one of those places where you can just show up and book a room upon arrival. Cheap lodging fills up quickly, so plan accordingly. In terms of hostels, Casa Lola Eco Hostel on Isla Grande ranks highest online. Off Isla Grande, many eco-hotels and lodges are also located on Isla Marina.

If you’re with a group of friends or have some money to spend, Airbnb is definitely the way to go. You can get a sprawling place for a little over $100 per night with meals included, like La Reina Mora on Isla Marina. This semi-private home sleeps 12 comfortably with two on-site caretakers to cook your meals and make any other arrangements you need.

This archipelago and national park are, unsurprisingly, quite rustic. Power goes out regularly or is limited to the evening, even in some of the nicer accommodations. WiFi is also limited, but service is available with a Colombian SIM card. As frustrating as this may be at first, it’s the perfect chance to relax and enjoy some time unplugged. You can post to the ‘gram and respond to emails when you’re back in Cartagena in a few days’ time.

Also, note that when it comes to buying sundries like beer and snacks, the Rosario Islands are more expensive than shops in Cartagena. Bring your own booze, sunscreen, and anything else you’ll need for the trip with you, along with plenty of cash — ATMs can be hard to come by on Isla Grande, and even when you do find them, they may have run out of money.

Eat as much seafood as possible 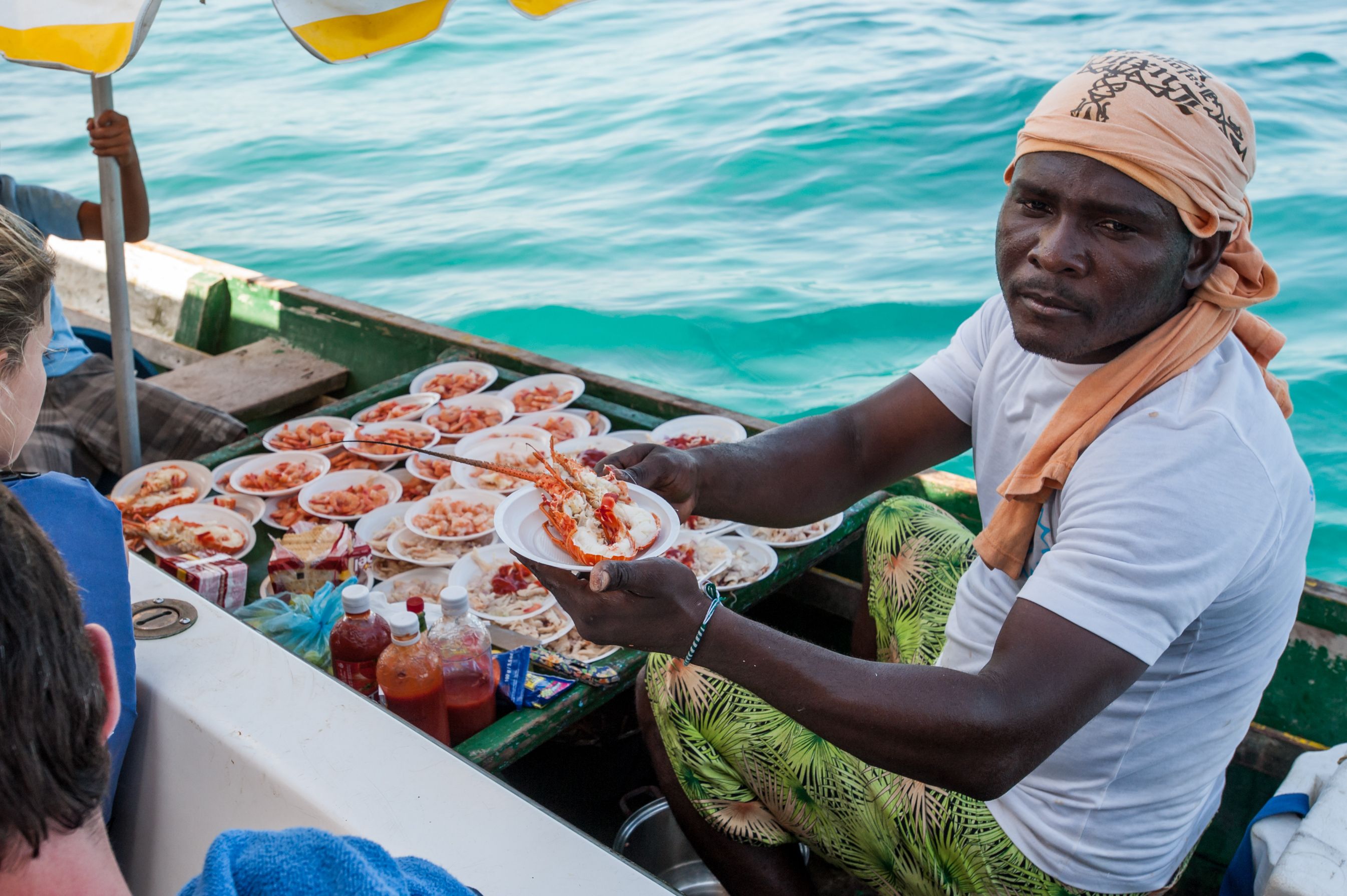 The Rosario Islands are rich with mariscos — or seafood — like fresh fish, lobster, crab, octopus, and shrimp. You’ll see a lot of pescado de temporada, fish of the day, which is usually a white fish like dorado, or mahi-mahi. Seafood is prepared simply here, grilled or lightly fried, with coconut rice, fried starchy plantains, and a few wedges of lime for an acidic bite. Keep an eye out for fishermen going dock to dock, as they’ll be selling freshly caught lobsters, crab, or octopus. 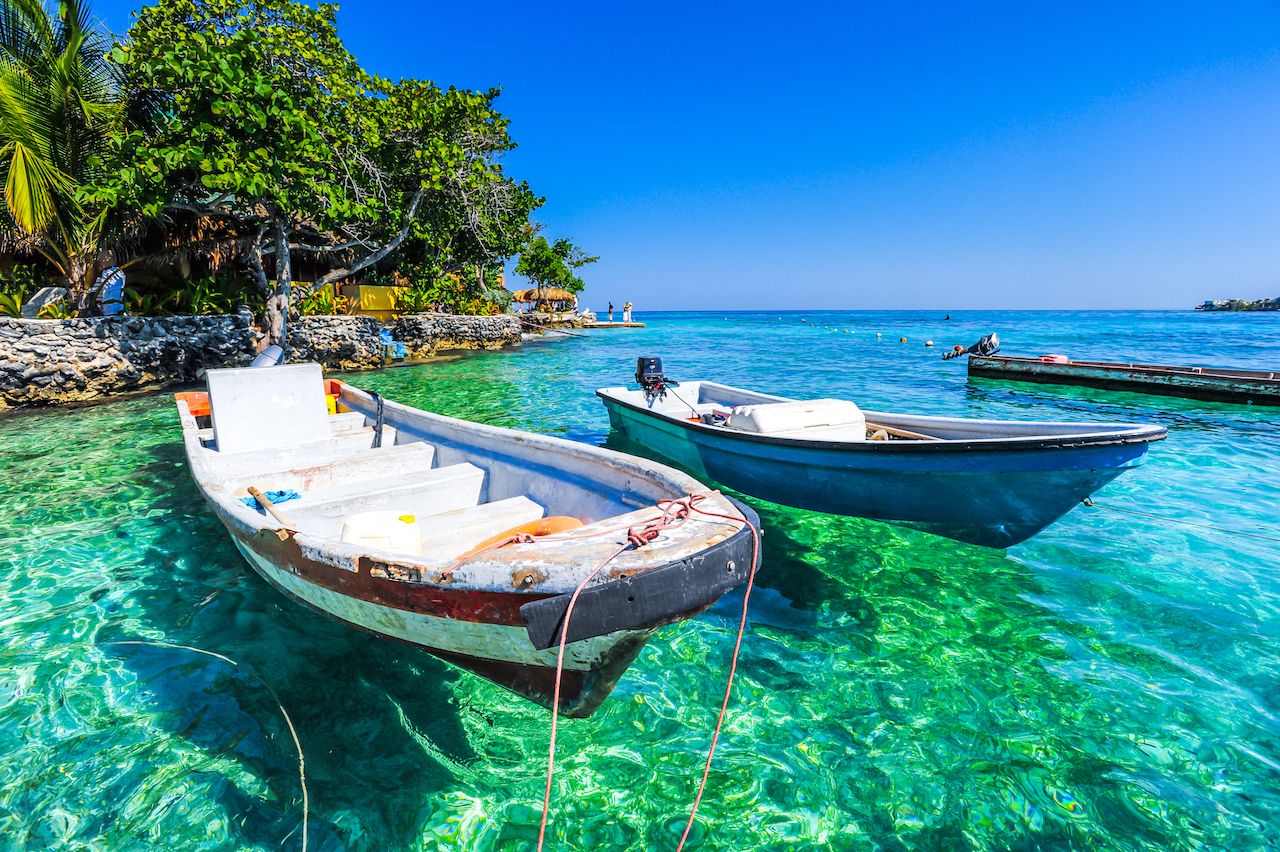 Paddleboards and kayaks are widely available to rent at accommodations throughout the islands. Get your abs and arms workouts in as you spend a relaxing afternoon seeing the islands. Meander through the intertidal mangrove forests of Isla Grande, and be sure to spend an evening watching the sunset from your kayak. Beach access is easily available across Isla Grande, and you’ll see people prepping gear at the popular spots to push out from the shore throughout the day.

Some good news for those on a budget or who aren’t certified: Snorkeling is actually better than diving in the Rosarios. The islands’ more than 1,300 species of marine animals and plants are best viewed underwater, from above, and much can generally be seen near shore.

The reviews for diving in the Rosario Islands are iffy at best, as much of the coral reef is in poor condition. Snorkeling is comparatively cheap and overall a better option. Snorkel solo along the coastline of the small islands to see colorful shellfish, reef fish, and sea crabs, or book a snorkeling tour through your accommodation for a more orchestrated experience with lunch included.

Whatever you do, make sure you don’t further stress the coral when you snorkel. Make sure that neither you nor your fins touches the coral. Never stand on coral. Also, don’t block the path of sea creatures as they swim. 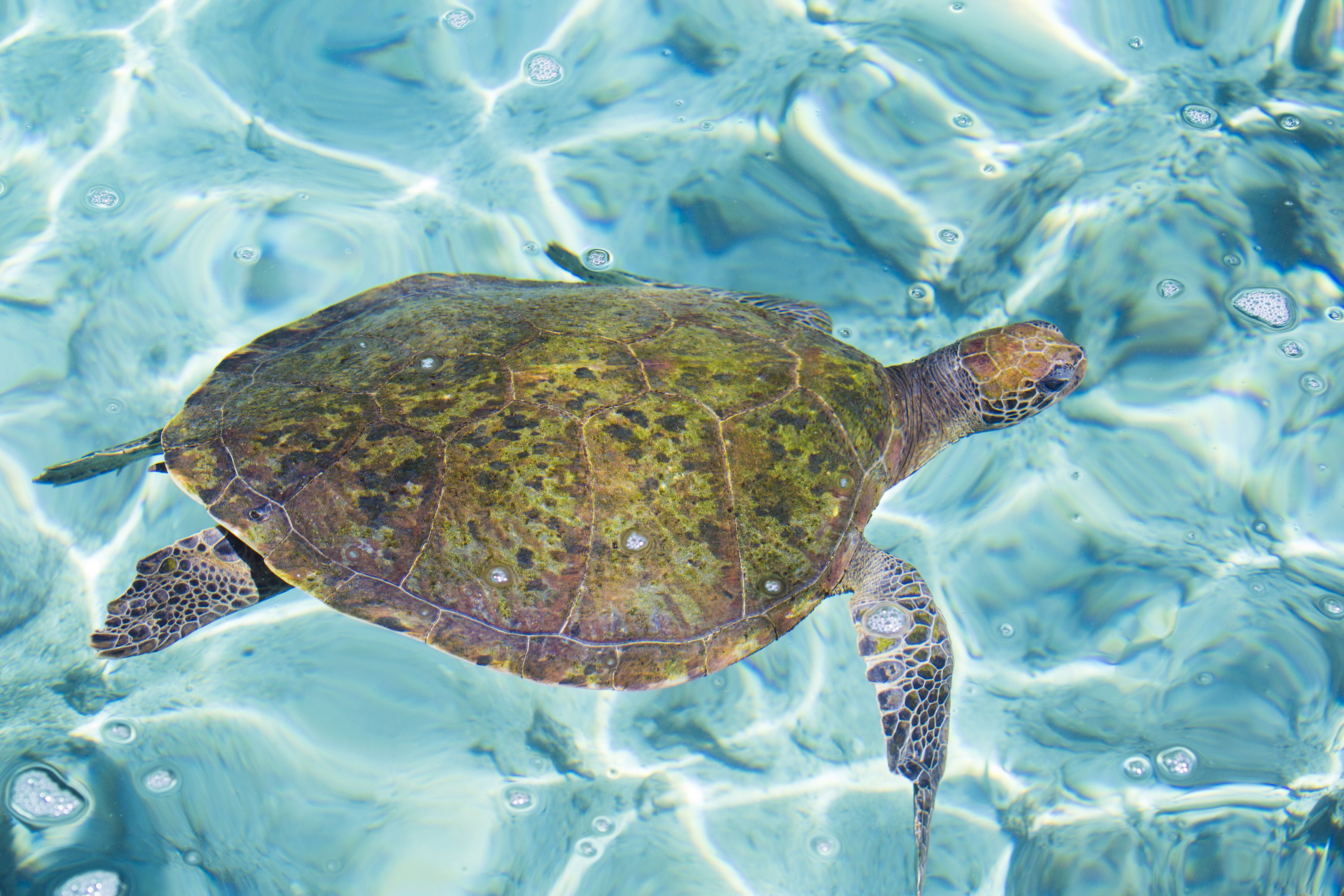 On San Martin de Pajarales, the Oceanarium offers an easy walk through much of the islands’ ocean life. Many of the varieties of fish that populate the reefs and waters throughout the national park can be found here, along with larger sea life like sea turtles, dolphins, and sharks.

Isla Grande has a swimming hole known as the Laguna Encantada, or Enchanted Lagoon, where you can swim with bioluminescent plankton. A bit of an unofficial sightseeing spot, the best way to find the lagoon is to ask about it at your accommodation.

Touring the park beyond Isla Grande 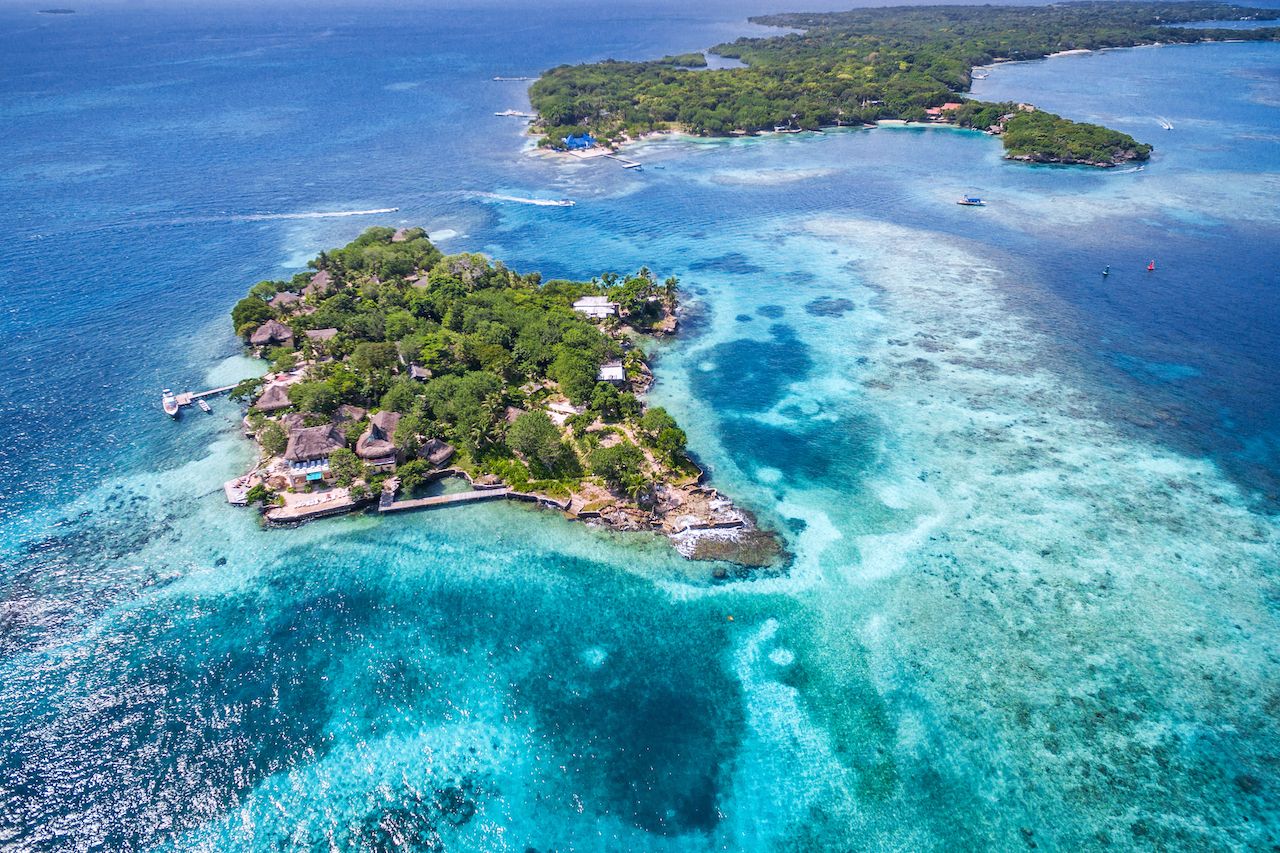 Isla Grande is the heart of the park and where most development has occurred. But it’s hardly the only island worth seeing. Hiring a boat tour allows you to visit smaller islands including Isla del Pirata, or Pirate’s Island. The island is named as such because it was a hub for regional pirates, though unlike what its name suggests, it is one of the more relaxing spots in the park and ideal for kids. There’s little infrastructure, but what’s there is built to accommodate families who want to get into the water for a snorkel or spend some time on the sand.

Viator offers daily tours that give you the option of posting up on Isla del Pirata with a quick stop on San Martin de Pajarales to visit the aquarium or doing a three-island tour that heads to Barú, Cholon, and includes time at Playa Blanca, the whitest of white-sand beaches in the region.

Also worth seeing is Isla Fuerte, a tiny island that gives you the chance to bike through its old-growth mangrove forests to vacant beaches in just a couple of hours, hopefully seeing some of the nearly 80 species of birds that live there. Isla Majaga is a popular honeymoon destination because of the San Pedro de Majagua hotel, though beyond what happens inside its rooms, you won’t find much action on the island beyond some simple snorkeling.

HikingWhy you should do Colombia’s most famous hike in reverse
Tagged
Outdoor Beaches and Islands Trip Planning Colombia
What did you think of this story?
Meh
Good
Awesome

How to learn salsa in Cali, Colombia, the Salsa Capital of the World

Feel the rhythm: How to tap into the true spirit of Colombia

Colombia might just be the best place in the world for birdwatching. Here’s why.

Cartagena’s upscale scene is on the rise, but it still has a wild side