Most of us quickly learned that it was nearly impossible to take a good picture of it. For one thing, it’s incredibly bad for your eyes to look directly at the sun, so it was hard to even get the sun in the frame. For another, the sun is really, really bright, and cameras don’t do well with that much brightness. So most people consoled themselves with grainy photos of the totality, or with pictures of the projections the eclipse made through pinholes.

With that said, a few photographers came prepared with the right equipment. Naturally, some of the best pictures came from NASA and the International Space Station. But plenty of people on the ground (including Matador’s own Scott Sporleder) got amazing images. Here are some of the best. 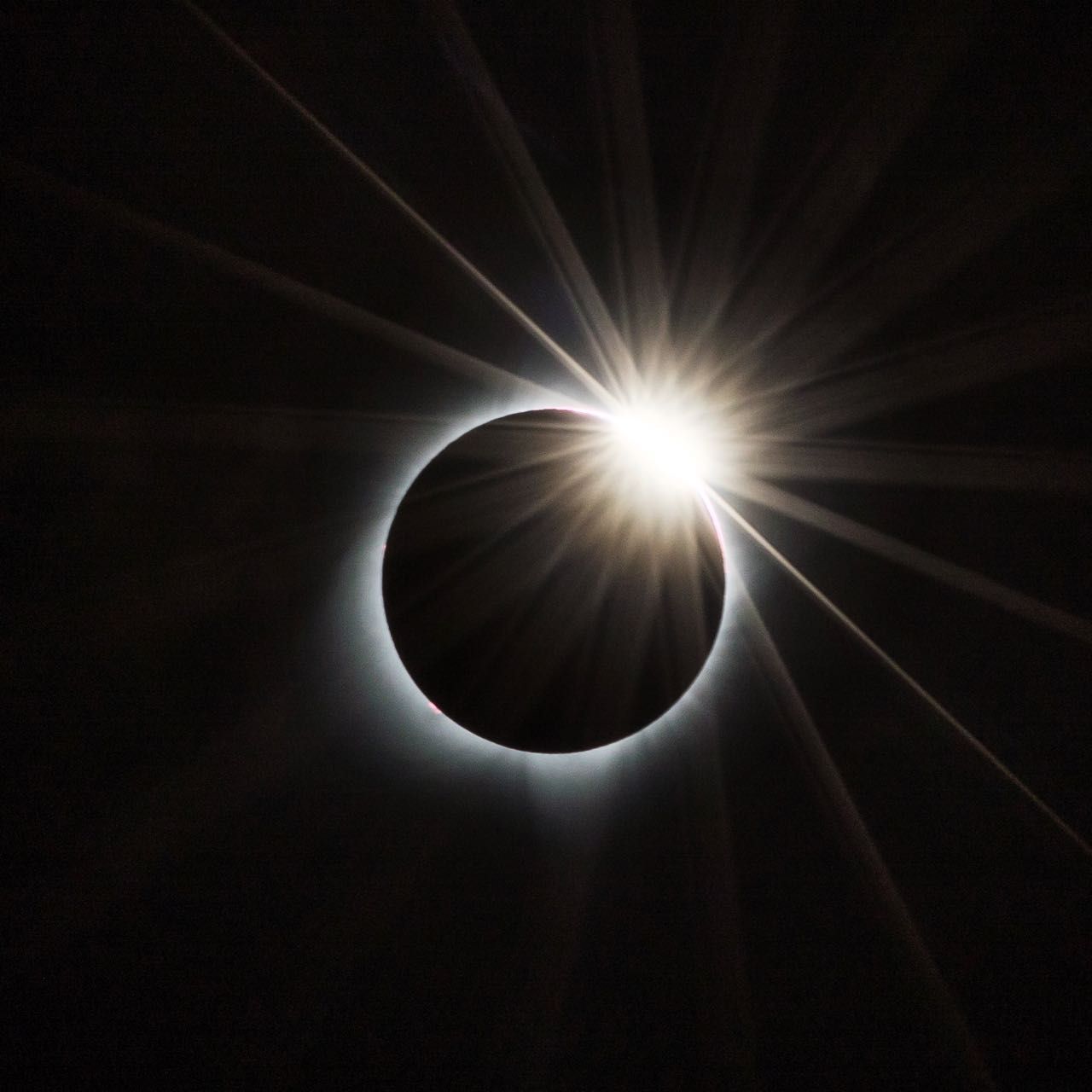 One of the cooler videos was of the International Space Station’s transit across the sun — you can also make out some sunspots in this video.

The space station transits the sun at 5 miles per second during the #Eclipse2017 in this video captured at 1,500 frames per second with a high-speed camera and taken from Banner, Wyoming. #nasa #sun #eclipse #international #space #station #moon #solareclipse #solar

One of the most unusual (and spectacular) images was taken from the International Space Station, which was able to catch the progress of the moon’s shadow along the earth.

Many who were viewing weren’t able to find eclipse glasses at the last minute, and were forced instead to use the “pinhole method.” The pinhole method is basically where you punch a hole into a piece of paper and let the sun shine through that hole onto another piece of paper. What appears is a basic projection of the eclipse. The strange implication of this method, though, is that whenever we see smatterings of sunlight on the ground, they’re all actual projections of the sun. We don’t usually notice them because they’re perfectly round, but when we have an eclipse, the effect is pretty striking.

Projections of the eclipse through the leaves. Photo: Jay Cross

For those who watched the eclipse in person, perhaps most remarkable was not what was happening in the stars, but what was happening on the ground. Strangers shared glasses, giddily discussed the slow dimming of the lights, and came together in a strange moment of human unity.

Experiencing an eclipse changes the way we feel about space and how we are connected. I hope this moment reminds us all that we share a common origin among the stars, and that we are all citizens of the same planet. #solareclipse

The response during totality was one of total elation. It’s hard to describe if you’re not there, but Matador’s video team captured some of the excitement.

If you missed this year’s eclipse, don’t worry — it’s not going to be quite as long to wait for the next one. There will be a total eclipse extending from Texas to Maine on April 8, 2024.