In less than a couple of weeks, your social media will be inundated with inspirational memes that are all some iteration of “new year, new me.” Yay. But your motivational Instagram friends aren’t the only ones excited about new things in 2019. All around the world cities are welcoming new attractions, parks, art installations, and museums that create exciting reasons to jump on a plane and visit. Whether it’s a Star Wars-themed park in Disneyland, a newly discovered cenote with a zip-line in Mexico, or an urban jungle in Kuala Lumpur, here are the coolest things opening around the world in 2019.

1. The best view to ever hit Bangkok
Bangkok, Thailand — Opening TBD in 2019 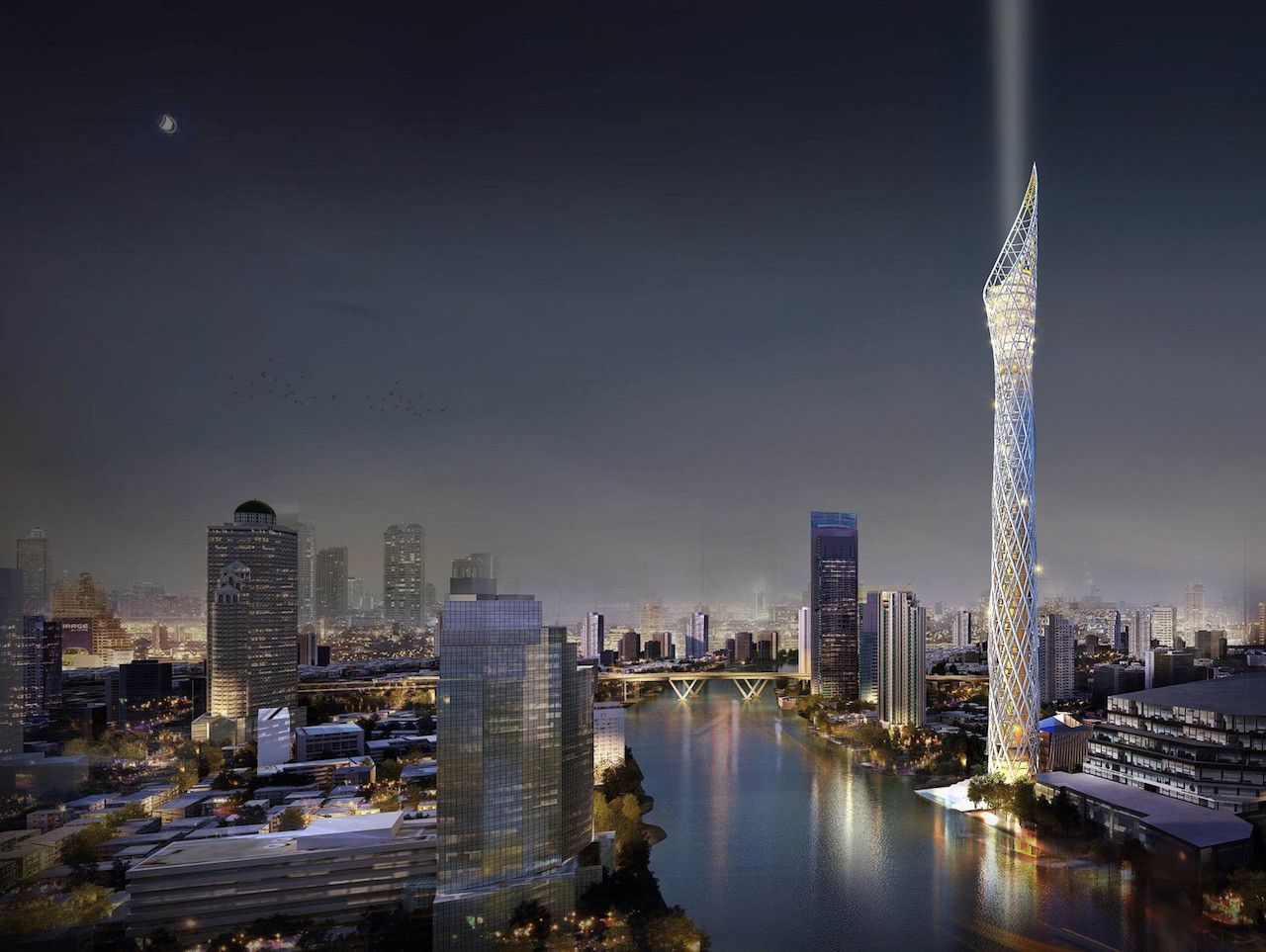 You know a city’s arrived when it has an aggressively tall tower sticking up from an otherwise respectable skyline for no apparent reason. Welcome to the big leagues, Bangkok. This year it opens its 1,500-foot Bangkok Observation Tower, set on the up-and-coming Chao Phraya riverfront. It will be the sixth largest tower in the world and the largest in the region, and it will give the city an iconic tourism draw that people can still discuss with their families. 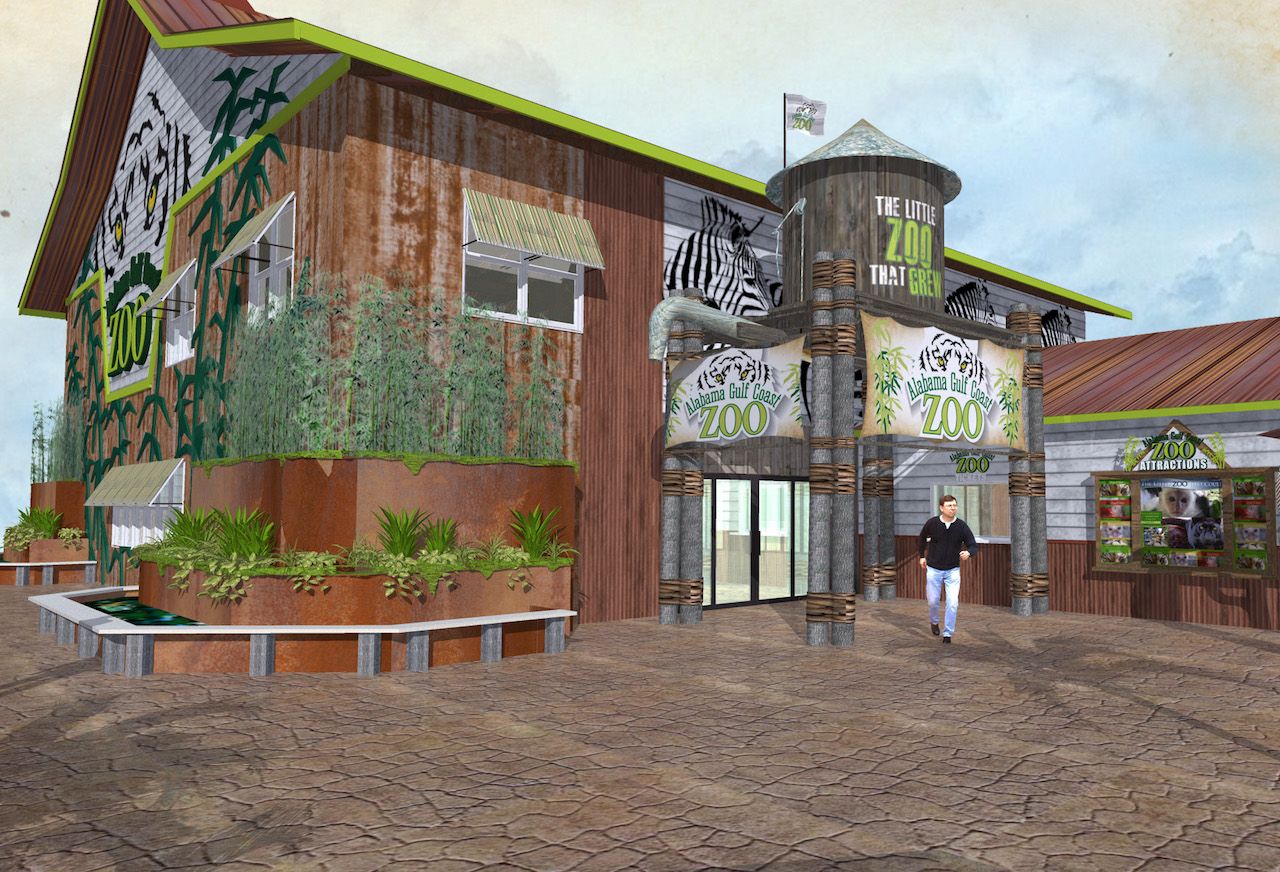 In fairness, the Alabama Gulf Coast Zoo has been one of the best small city zoos in America for years, known as the “little zoo that could,” offering animal encounters that cost less and last longer than most big-city alternatives. Its popularity — and Gulf Shores’ place as one of the most affordable beach towns in America — have outgrown the space, and this year the “little zoo that grew” will move into a spacious new 25-acre park north of the coastline.

It’s the first American zoo built fully from the ground up in over 20 years, and it will center around a tranquil lake, crossed by zip-lines and walking paths. It’ll also rent paddle boats to get from exhibit to exhibit, boast a giraffe observation tower where guests can hand-feed these gentle giants at eye level, and run electric jeep safari rides where guests can cruise past some of the smaller animals. The zoo plans to have a strong emphasis on animal conservation through educational experiences, and the Sustainable Life Center will feature demonstrations, organic gardening, rainwater harvestings and other sustainable techniques for conserving the environment. 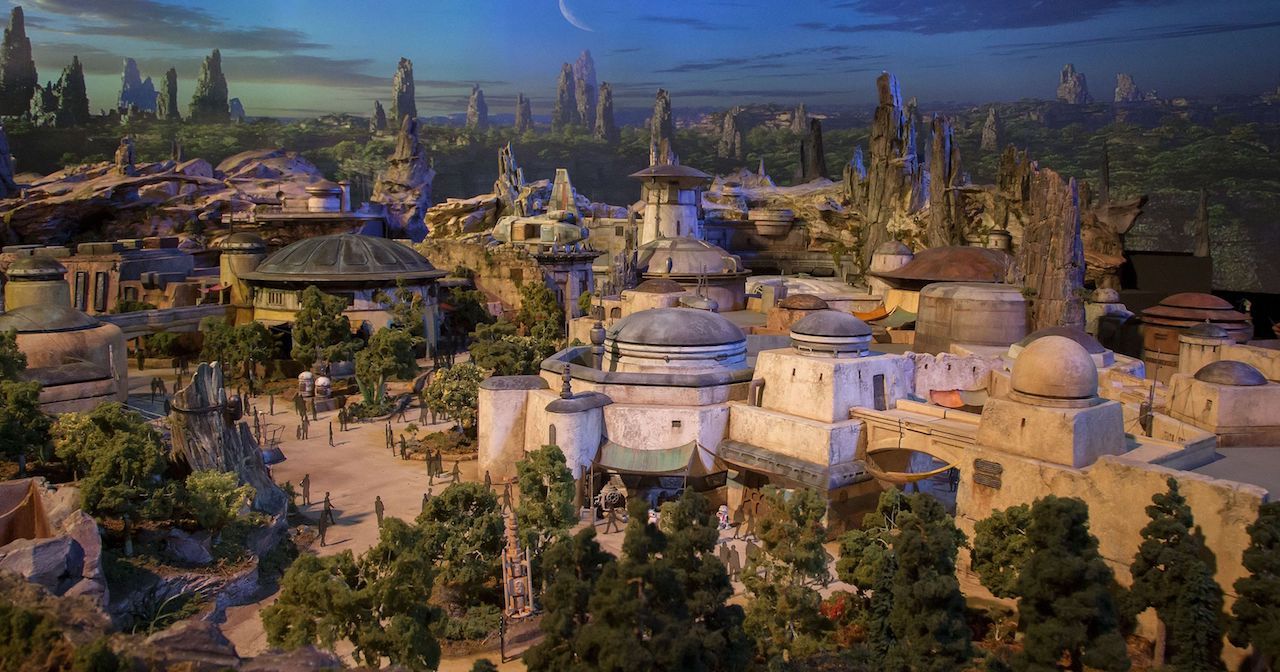 After the runaway success of the new Toy Story land at Walt Disney World this year, the original Disneyland is bringing us Star Wars: Galaxy Edge. The new land will inhabit the fictional planet Batuu where guests will begin their visit by hitting the Black Spire Outpost, an intergalactic home for traders, smugglers, and adventurers. Or as it’s known here on Earth — the gift shop. It’ll also have two new Star Wars rides: “Millennium Falcon: Smuggler’s Run,” which lets you take controls of the famous star ship, and “Star Wars: Rise of the Resistance.” 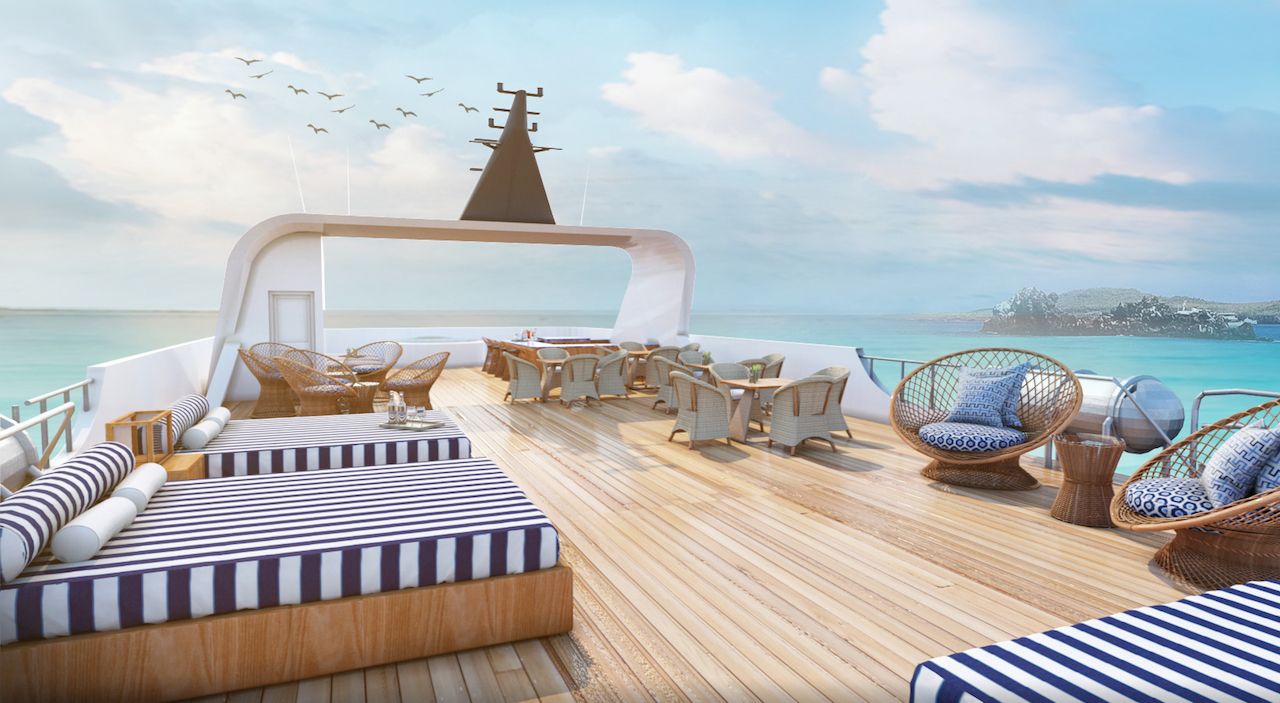 The Galapagos Islands are a magical place where you can stroll next to giant tortoises and sea lions in the morning, swim with hammerhead sharks in the afternoon, and eat dinner next to soaring blue-footed boobies in the evening. Getting from island to island, however, often involves a jaw-clenching boat ride or a white-knuckle air taxi. This spring, the sustainable cruise line Ecoventura is offering a way to see all the islands, without the pain of transportation. Or unpacking. The new MV Theory cruise ship will begin voyages in March, and the 10 cabins aboard will feature rainfall showers, panoramic windows, hammocks, jacuzzis, and naturalist guides. The larger ship will minimize the often-agonizing swells one experiences sailing between islands. And though they can’t promise you won’t get seasick, at least you’ll have a luxurious bathroom if you do. 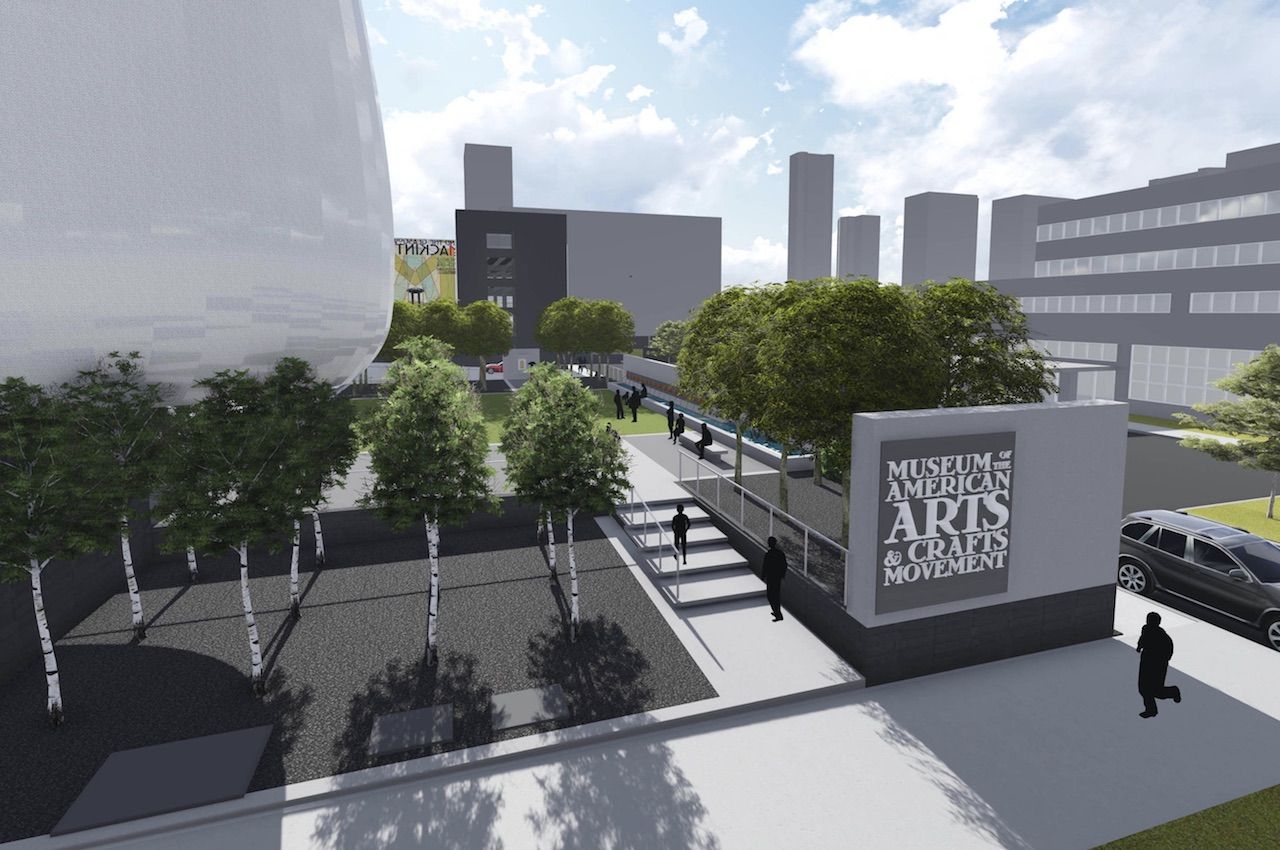 If you’ve ever tried to find a parking spot within six blocks of a Michael’s on Saturday morning, you know crafting has become overwhelmingly popular. And all those people crowding the aisles will have a new pilgrimage to make this summer when the Museum of the American Arts and Crafts Movement opens its doors. The $90-million, 137,000-square-foot granite temple will fill five stories with furniture, pottery, tile, metalwork, lighting, photography, and other decorative arts from the American Arts and Crafts movement of the late 19th and early 20th centuries. It will include 40,000 square feet of gallery space, a 100-seat auditorium, and a 9,000-square-foot restaurant and cafe.

6. A luxury resort in the Caribbean’s most rugged paradise
Dominica — October 2019

Dominica — not to be confused with the Dominican Republic — is the untouched Caribbean paradise of your physically fit fantasies. An island where you’ll take the toughest hike of your life through a steamy jungle up muddy cliffs, only to arrive at a 200-foot waterfall dropping into a pristine river, with no one else to share it with. The problem is that most of the accommodations were as rough as the terrain, so it was hard to find a nice luxury spa to relax in after said tropical tour de force. That changes in October when the Cabrits Resort & Spa Kempinski Dominica finally opens its doors. Delayed about a year because of Hurricane Maria, the island’s first beachfront five-star resort is surrounded by Cabrits National Park and allows guests a comfortable place to enjoy a seaside sunset after a rough day in the mountains. 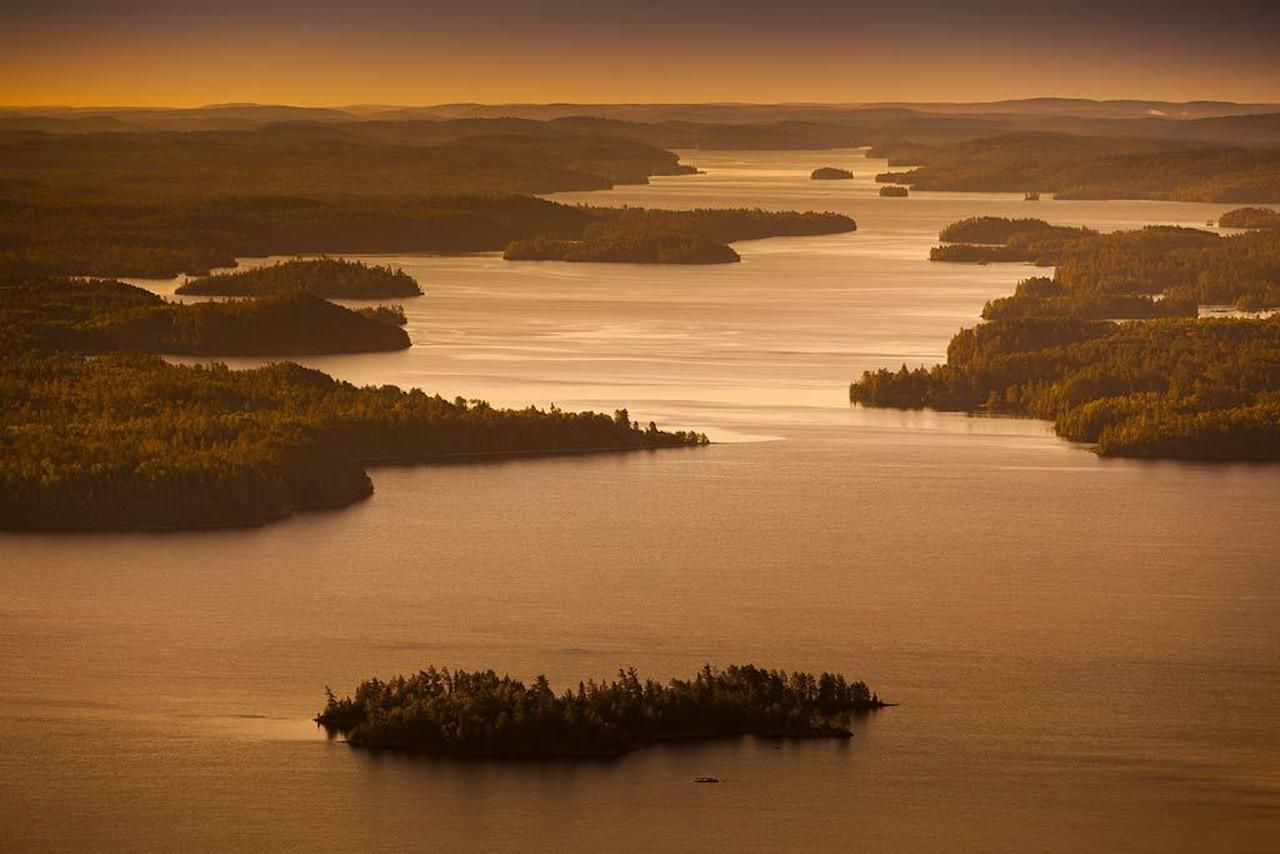 The rivers, lakes, and rugged rock faces of the Laurentians region of Quebec are some of the most underrated wilderness in North America. This summer, Canada showcases it at its newest national park, Parc National d’Opémican. Towering red and white pines dominate the landscape, and visitors will be able to travel up the Kipawa river, float through the trees, and arrive at the pristine lake of the same name. They’ll also be able to climb the challenging cliffs at Lake Timiskaming where guests can rent four Étoile A-frame units then hike to Lac Témiscamingue and Rivière Kipawa over brand new hiking trails.

8. A new Mexican cenote with rappelling and a zip-line
Valladolid, Yucatan, Mexico — January 2019 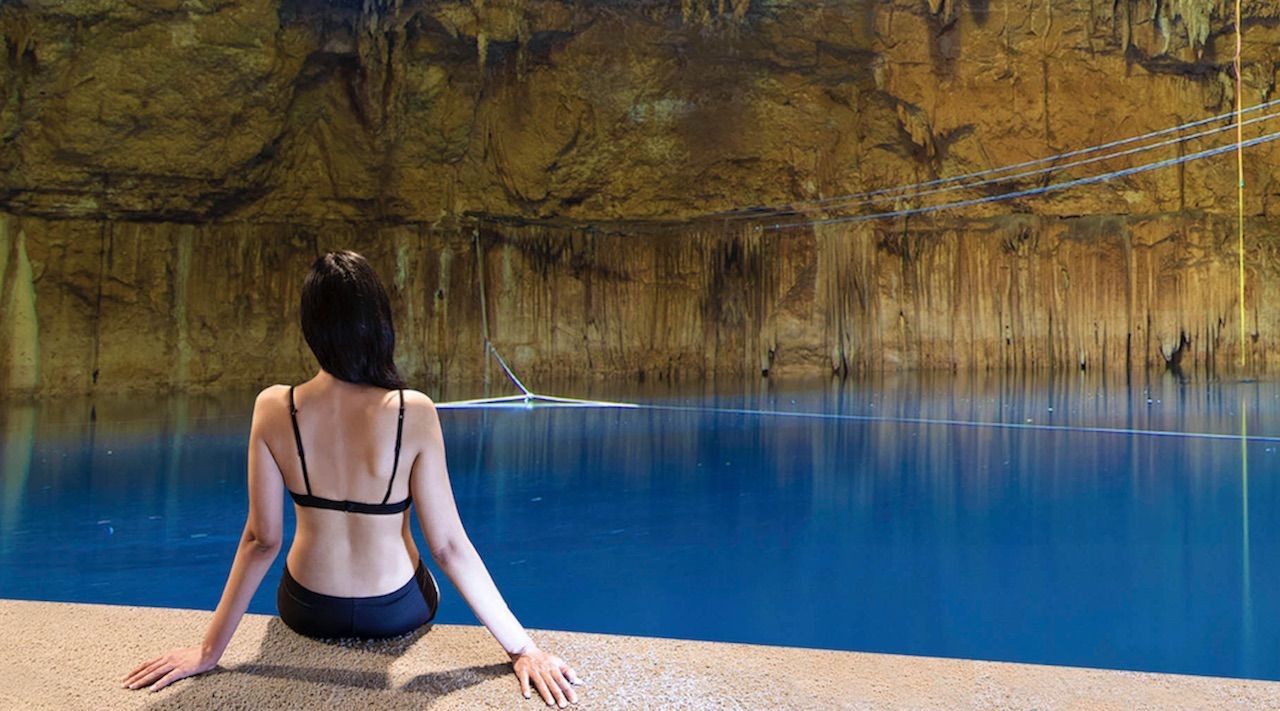 The magical natural sinkholes that look like gateways to the underworld are among Mexico’s most popular natural attractions. The tour company Aventuras Mayas discovered a new one recently, and this January it’s set to open for business between Cancun and Chichen Itza. Dubbed Hacienda Chukum, the round, golden cavern is filled with bright blue water and will offer rappelling from the entrance, as well as zip-lines and diving platforms. And though this may be the most tourist-friendly cenote to ever open to the public, it has still been blessed by a local shaman to keep evil spirits from emerging from the underworld. What we’re saying is… your kids are safe. 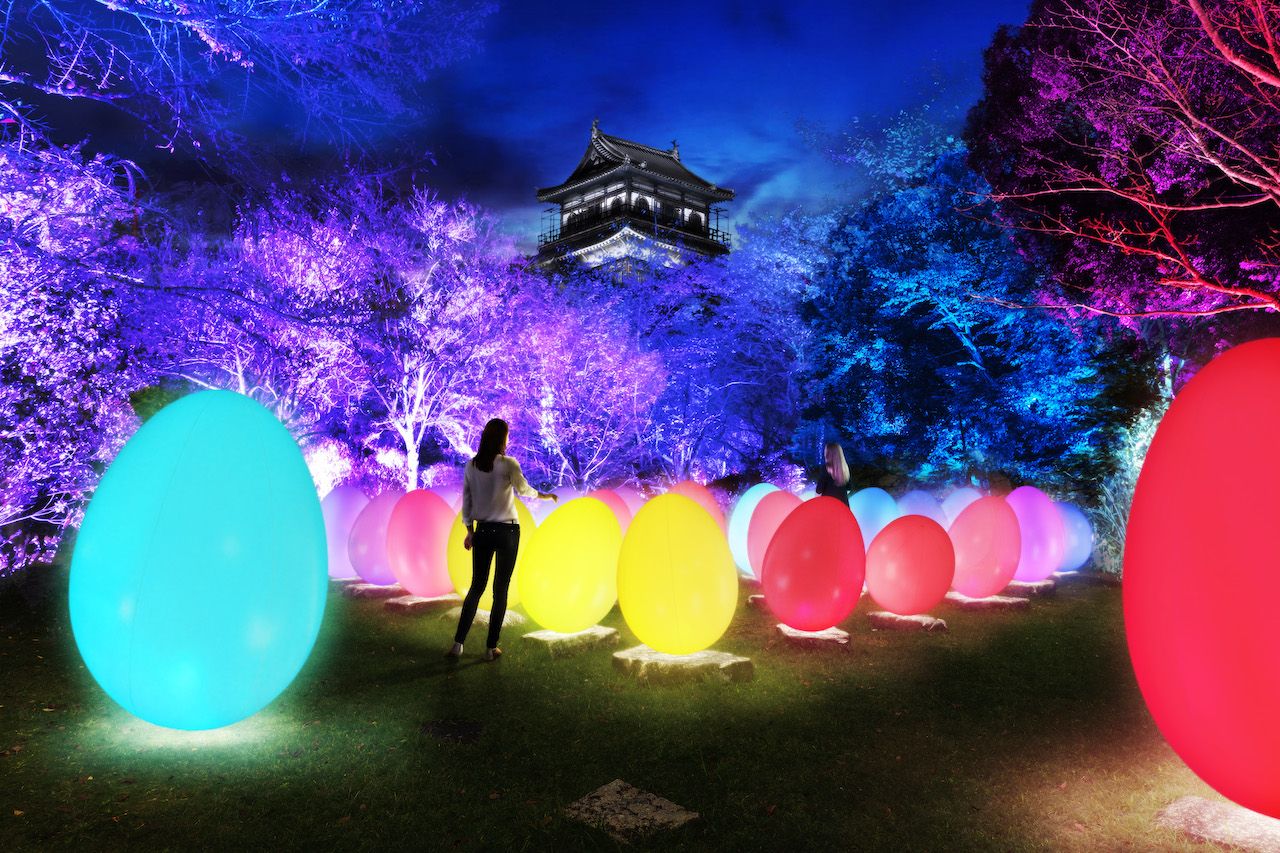 Hiroshima Castle, a 1589 landmark destroyed in the nuclear attack then rebuilt in the 1950s, is one of the most photographed sites in Japan and the cultural center of the city. This spring, the famed digital art collective teamLab — which already has massively popular installations in Tokyo, Paris, and Singapore — turns the castle into a giant art installation filled with human-sized illuminated eggs called ovoids. The ovoids will dot the historic property and change color when touched, “emitting a tone unique to that color which resonates to other surrounding ovoids,” according to organizers. It’s one of the most compelling art installations slated to open in 2019 and worth a visit if you’re in Japan.

10. One of the most opulent museums ever constructed
Doha, Qatar — March 2019 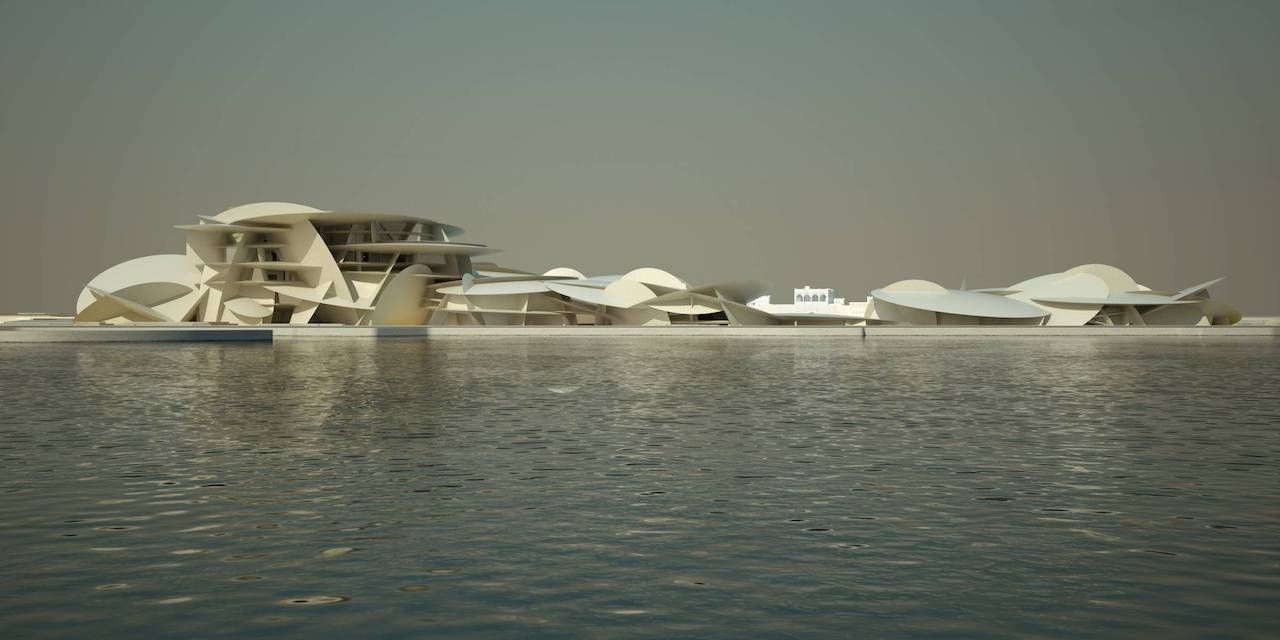 In anticipation of the entire world coming to this country the size of Connecticut for the 2022 World Cup, Qatar is opening the new National Museum of Qatar, a 450,000-square-foot showplace that tells the story of the country over 1.7 miles of exhibits. The space is set around the Palace of Sheikh Abdullah bin Jassim Al Thani, which was once the home of the royal family and seat of the Qatari government. Now it’s the centerpiece of this massive Jean Nouvel-designed space, which looks a little like a pile of saucers set on the side of the Gulf. Inside you’ll see how Qatar developed from the a before humans to the global destination it is today, mixing modern artwork with stuff like the Pearl Carpet of Baroda, an 1865 work that includes over 1.5 million pearls. 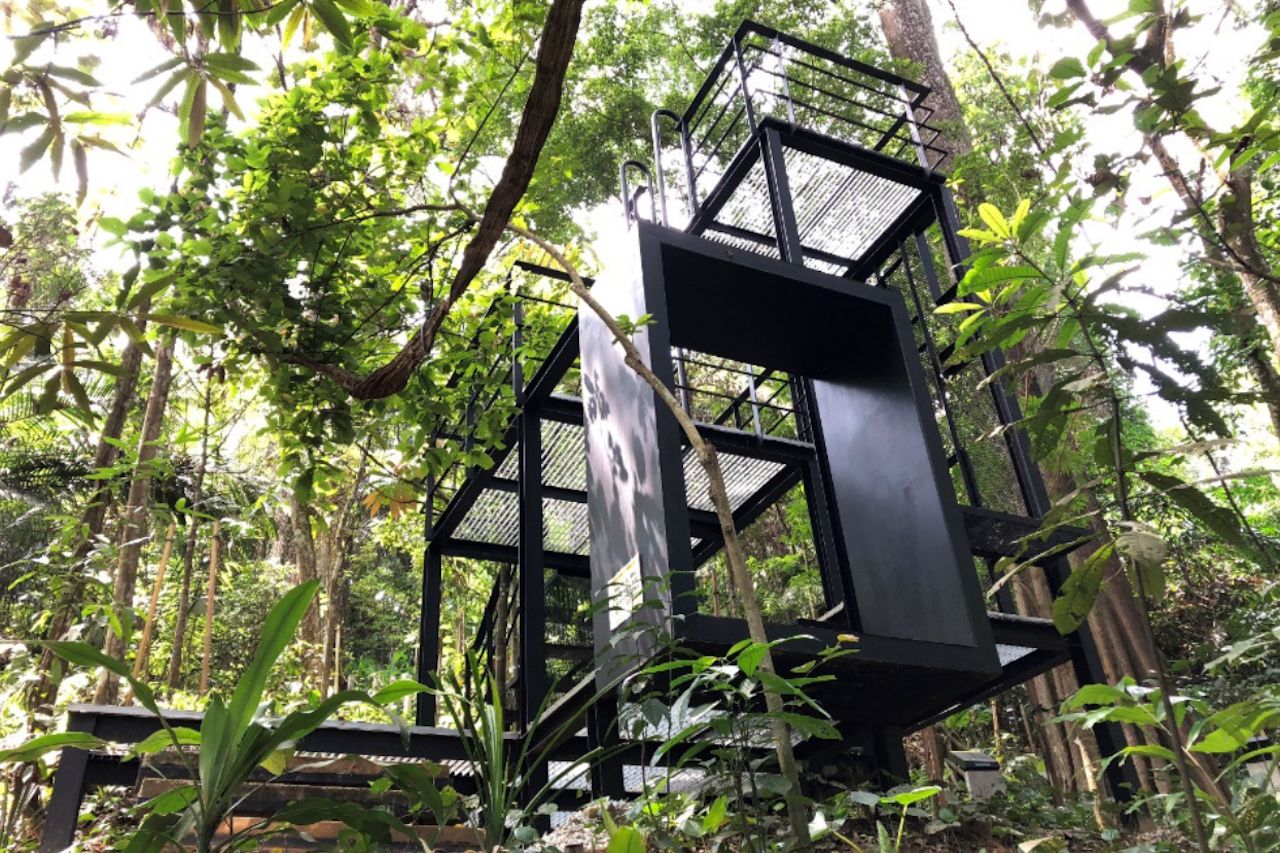 The Malaysian megalopolis that is Kuala Lumpur is a brilliant cultural destination full of some of the coolest architecture, food, and communities you’ll ever see. It’s also just a little on the crowded side. So this year the not-for-profit Khazanah Nasional Berhad is bringing a little bit of the rainforest to the city with the 27-hectare jungle park Taman Tugu. It will include over 5,000 indigenous trees, 1,000 species of plants and animals, campsites and event spaces. A section of the park is open already with about two miles of jungle trails, but by the end of the year, it’ll all be open to the public with nearly twice the distance in running and walking paths.

TravelThe best places to travel this January
Tagged
Trip Planning
What did you think of this story?
Meh
Good
Awesome