For some, January seems like the end of the party. The holidays are over, and unless you’re a Patriots fan, there’s not much to look forward to other than slogging your way to work until spring. But some places around the world take a much shinier outlook to January — some that are probably a lot colder than wherever you live. To get a bright new outlook on the dead of winter, or to escape it all together and dive headfirst into a sunny escape, here are a dozen places we think are the best to travel this January. 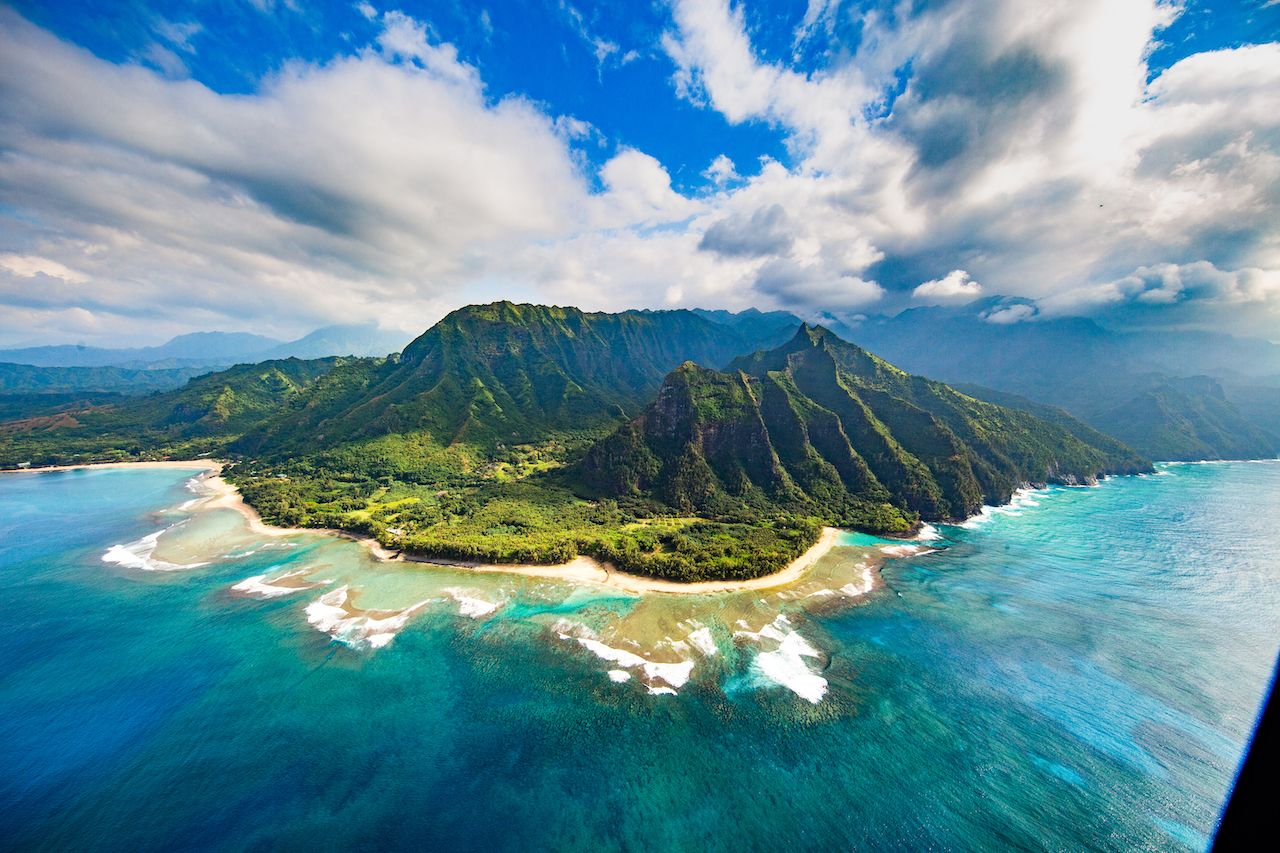 Though the spectacular tropical cascades of Wailua Falls and the 3,000-foot cliffs of Waimea Canyon have always made the Garden Island one of the most sought-after destinations in the world, getting there was not always so straightforward. Not the case beginning in January, when Southwest Airlines begins nonstop service to the island from Oakland and San Jose, and adds a short hop to the Big Island. In addition to new flights, Kauai just welcomed a gleaming new resort in the Sheraton Kauai Coconut Beach, a 314-room behemoth that’s a perfect jumping-off point to the Na Pali coastline on the island’s north shore. 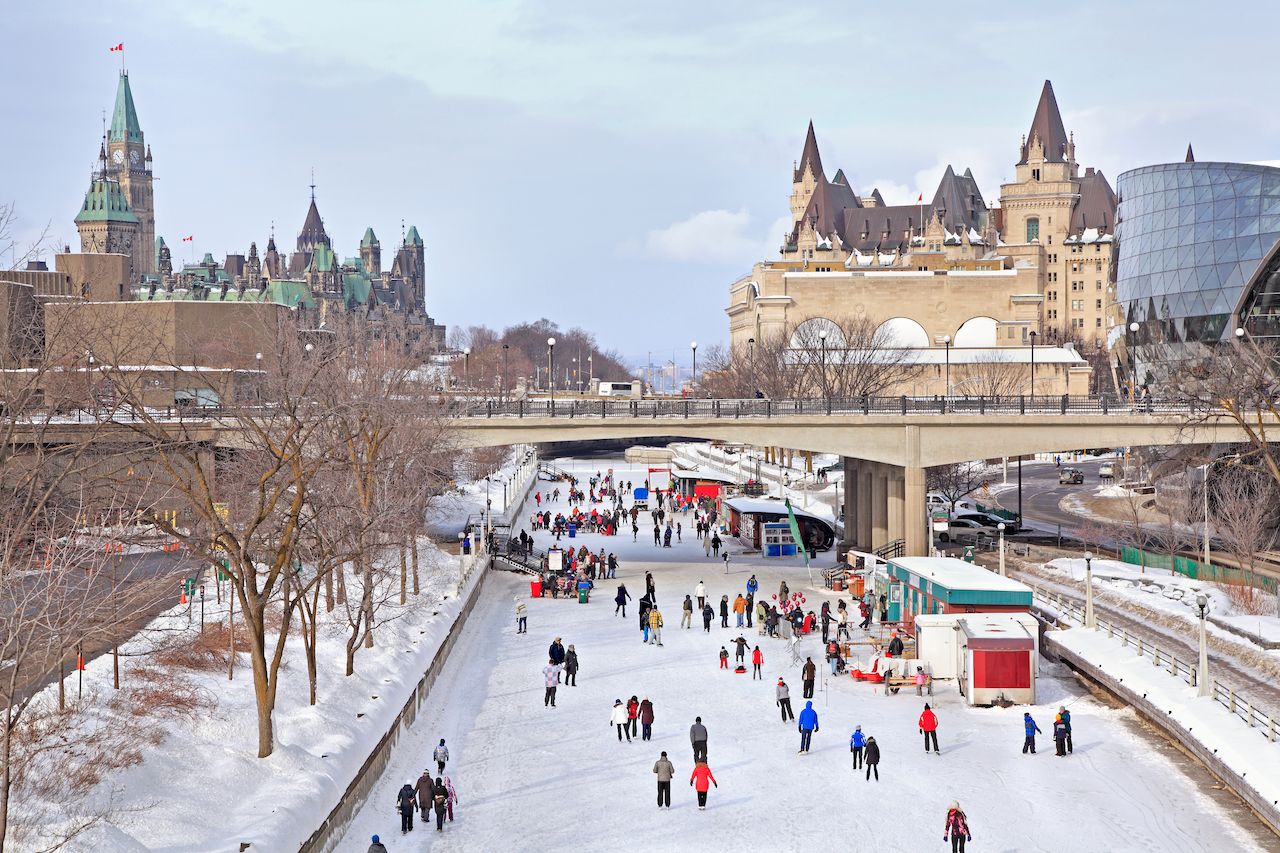 Fun fact: The world’s largest outdoor skating rink is in the Canadian capital of Ottawa, where the frozen-over Rideau Canal makes for a nearly five-mile skating trail through the heart of downtown. But there’s more to January in Ottawa than skating. You can ski, snowshoe, fat-tire bike, or find other ways of getting down the Sir John A. Macdonald Winter Trail. You can also hit the slopes and fresh snow at Camp Fortune about 15 minutes out of town. The end of the month brings the annual Winterlude, the city’s winter carnival that runs from January 31 to February 14. January also sees the Canadian Culinary Championships, Winter Capital Pride, and the Anda Ice Bar. 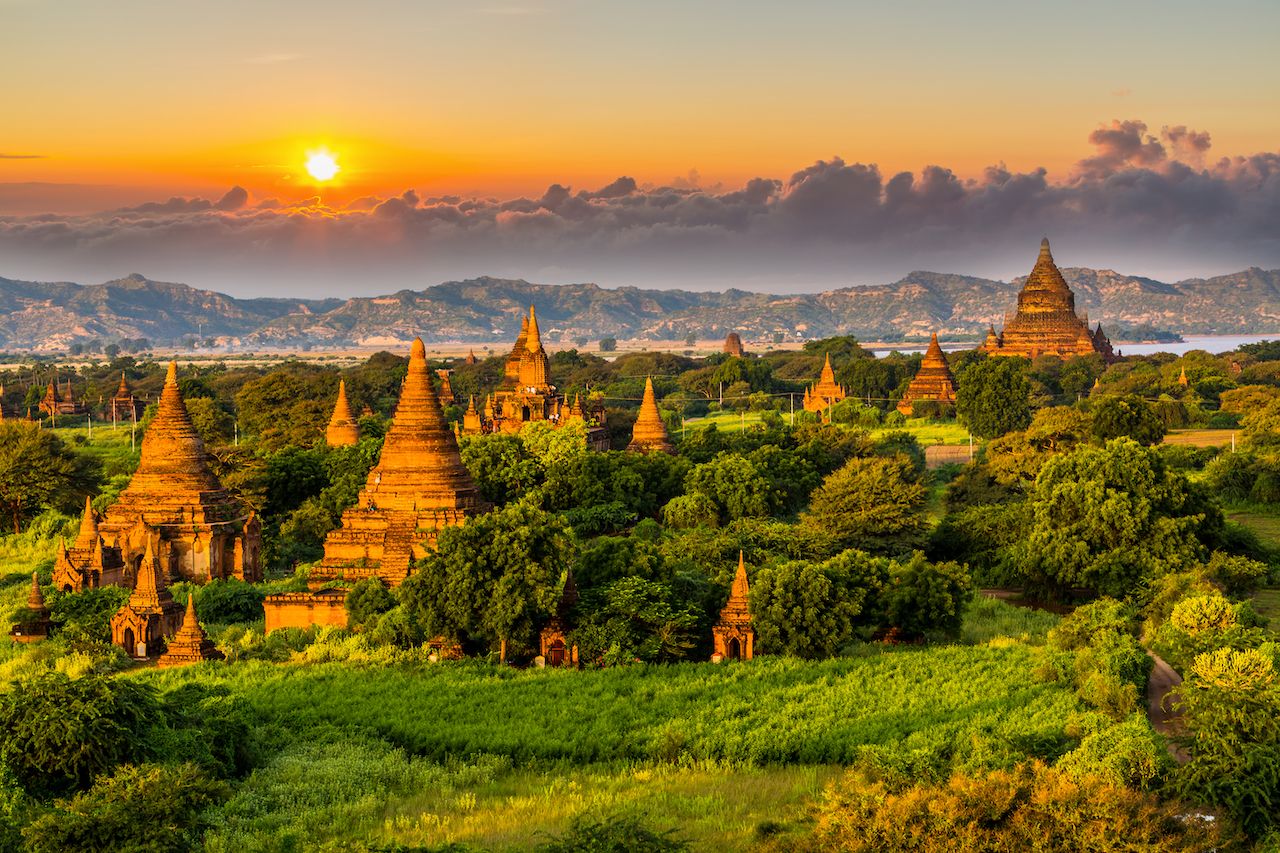 It’s no big secret than January is the best month to visit southeast Asia, and while the bulk of US travelers gravitate toward Thailand, Cambodia, and Vietnam, they’re missing one of the coolest festivals in the region. January 9-24, the Ananda Pagoda Festival takes over the old city of Bagan, and for 22 days the streets are filled with bullock carts as people come to bask in the wisdom of Buddha. It also allows the diverse foods and crafts from all over Myanmar to come to you rather than you traversing the country.

If you’d like to explore more pagodas, jungles, and ancient cities — and float above the festival in a hot-air balloon — consider jumping on Remote Lands Travel’s 12-day Journey Through the Sacred Sites of Myanmar tour. It’ll take you to Mangon, Mawlamyine, and other parts of the country before ending the trip in Bagan. 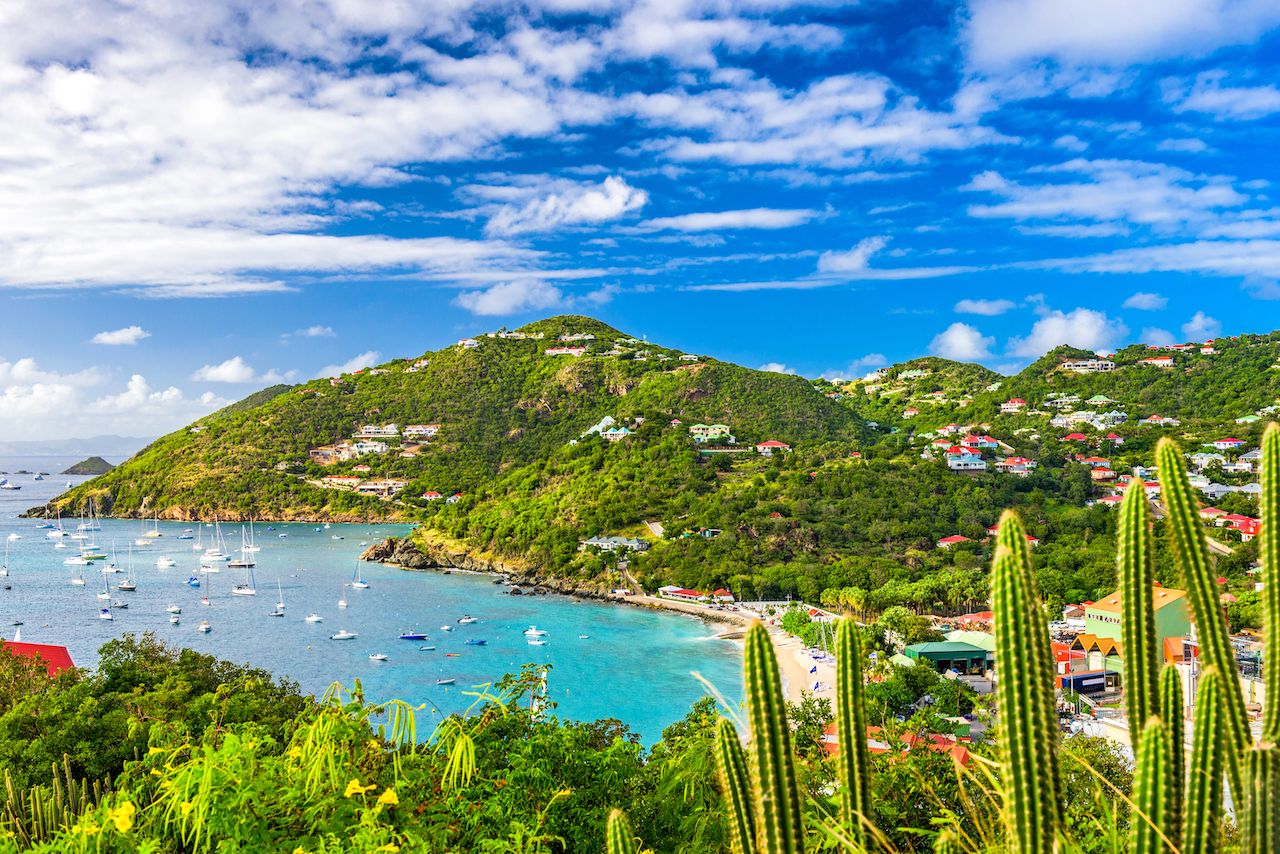 Suggesting someone travel to St. Bart’s is like the travel equivalent of suggesting someone might enjoy driving a Phantom. But if you can swing the price tag, January is absolutely the best time to go. This star-studded island in the French Caribbean has one of the top New Year’s shows in the islands, and the views of the fireworks over Gustavia Harbor from above Cour Vendome or on the docks General de Gaul are tough to beat. After 2020 is ushered in, the St. Bart’s Music Festival runs the rest of the month, where pop-up performances from the New York City Ballet and waterside shows from acclaimed jazz guitarists are the norm. Also, the renowned Eden Rock is finally reopening after a two-year hiatus following Hurricane Irma, with 37 fully redesigned rooms and food from culinary legend Jean-Georges. 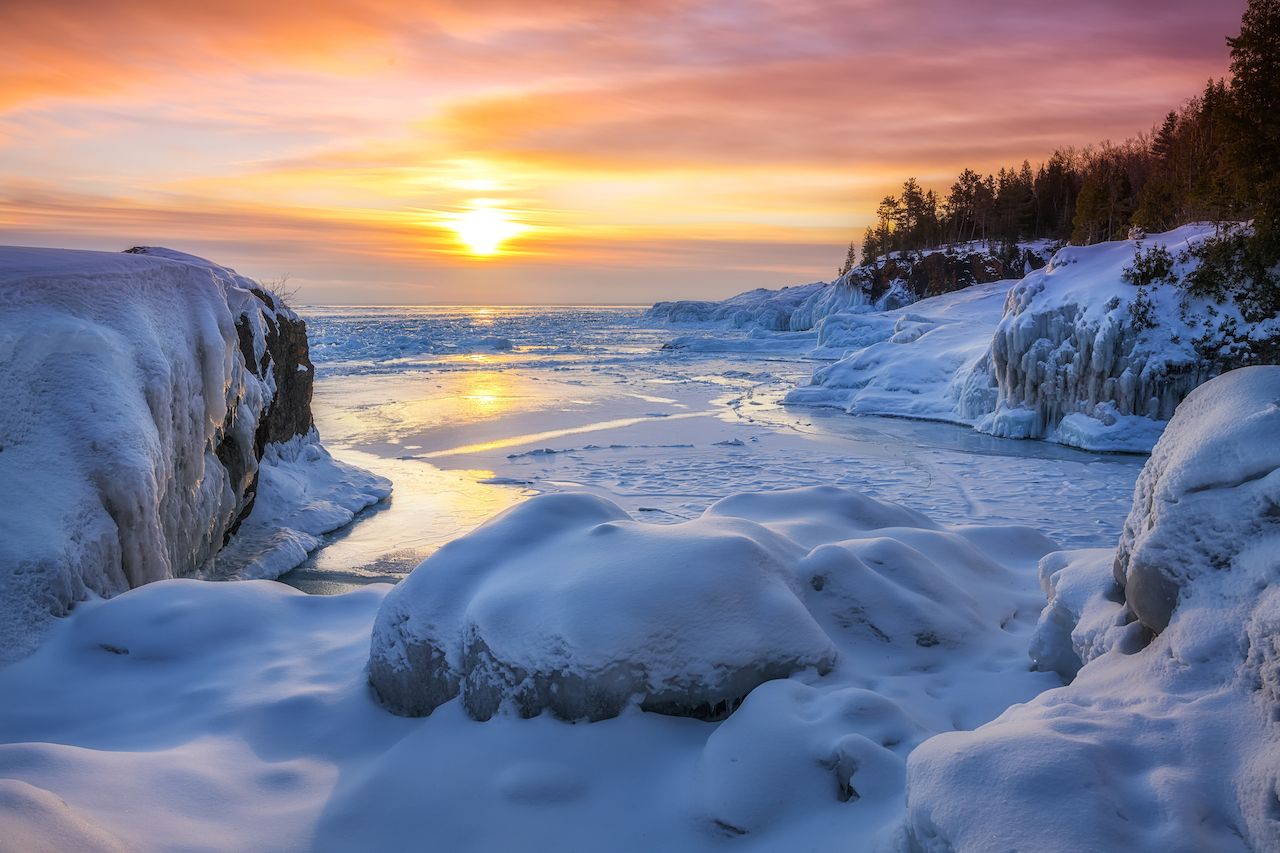 What, the shores of Lake Superior weren’t at the top of your January travel to-do list? Well, if you’re a hard-core skier they should be, as Marquette offers two of the toughest winter ski events in the nation. On January 21, the intensely named Suicide Hill Ski Tournament comes to town, where the best ski jumpers in the world take turns defying gravity from the 90-meter Suicide Hill Ski Jump. Then, from January 24-26, you can participate in the Noque Ski Marathon, where 1,200 competitors race in everything from a 50k ski to 10k sled dog race. Need something a little speedier? The Upper Peninsula Luge Club is open to the public in January and will happily rent you equipment and teach you how to careen down a luge track at speeds that would make your mother cry. 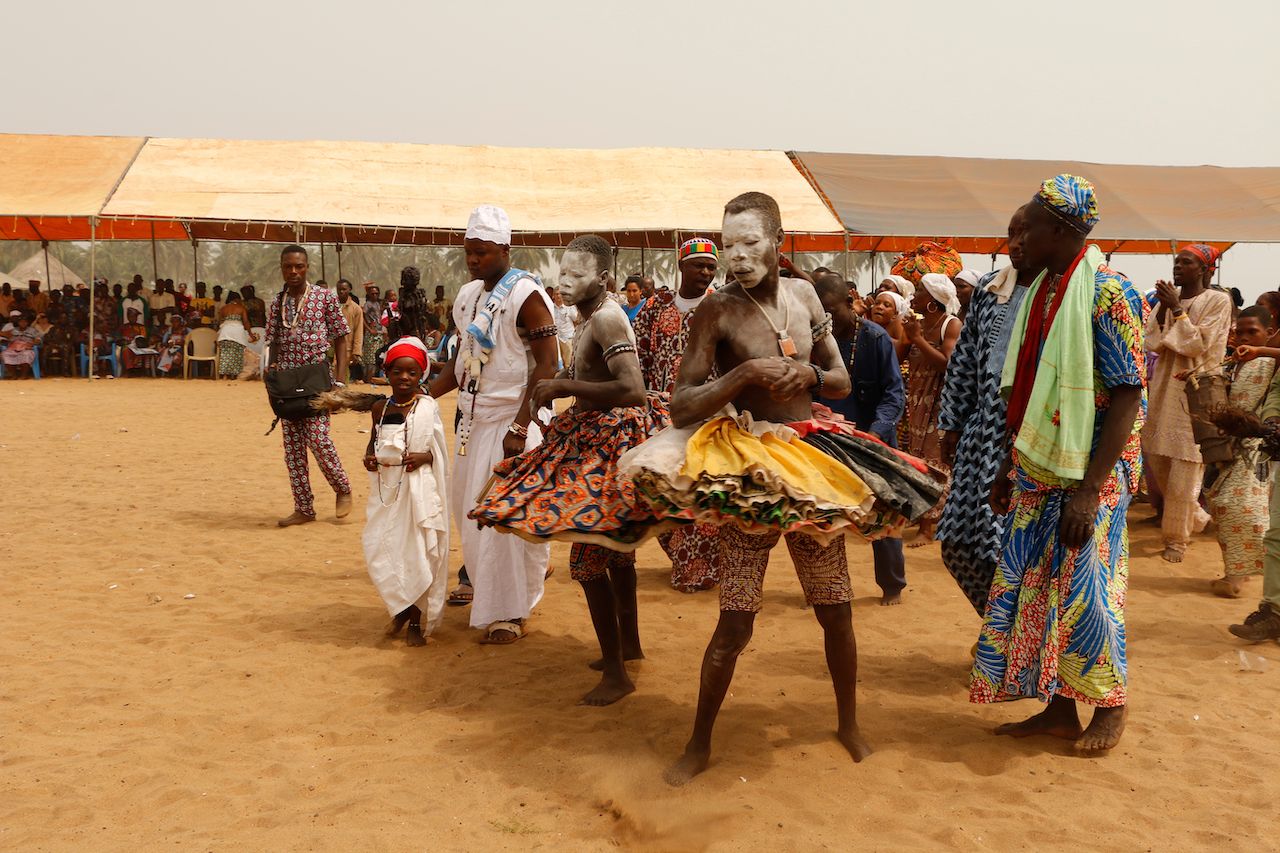 Nowhere will you learn more about the voodoo religion than in this coastal town in the West African nation of Benin. Oidah is the country’s epicenter for voodoo, the widely misunderstood Afro-Caribbean religion that’s spawned many a New Orleans ghost story. In Ouidah, you’ll get the real deal during the annual Festival of the Voodoo on the 10th, when 10,000 people descend on the Temple of the Pythons and march towards the Door of No Return, where over a million Africans were abducted into slavery. The festival also includes voodoo rituals and cultural performances. If you’d like someone to hold your hand during this trip down the voodoo rabbit hole, Intrepid Travel offers an 11-day trip through Benin, Togo, and Ghana that includes a day at the festival. 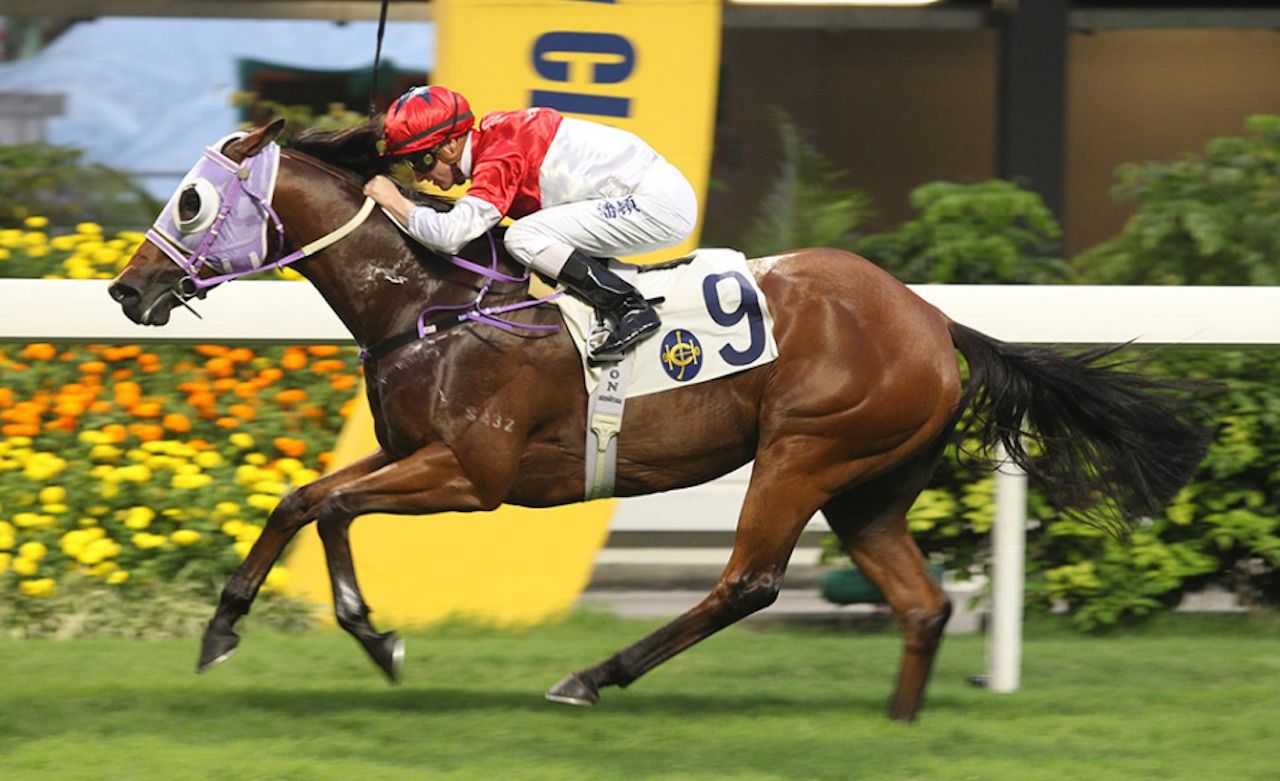 The bad news is that even during the height of Kiwi summer, Wellington is most likely going to be gray and windy. The good news: January brings the Wellington Cup Day, best described as New Zealand’s equivalent of the Kentucky Derby. The festival runs over multiple racing weekends, beginning on the 11th with Classic Day, where a carnival atmosphere engulfs Trentham Race Course and three of the biggest races of the year go off. The following weekend brings the best trainers, jockeys, and horses to the track for the Wellington Cup, joined by people from all over New Zealand — and the world — in their finest suits and crazy hats. It’s one of the biggest parties of the year in Wellington and the best day of horse racing you’ll find until May. 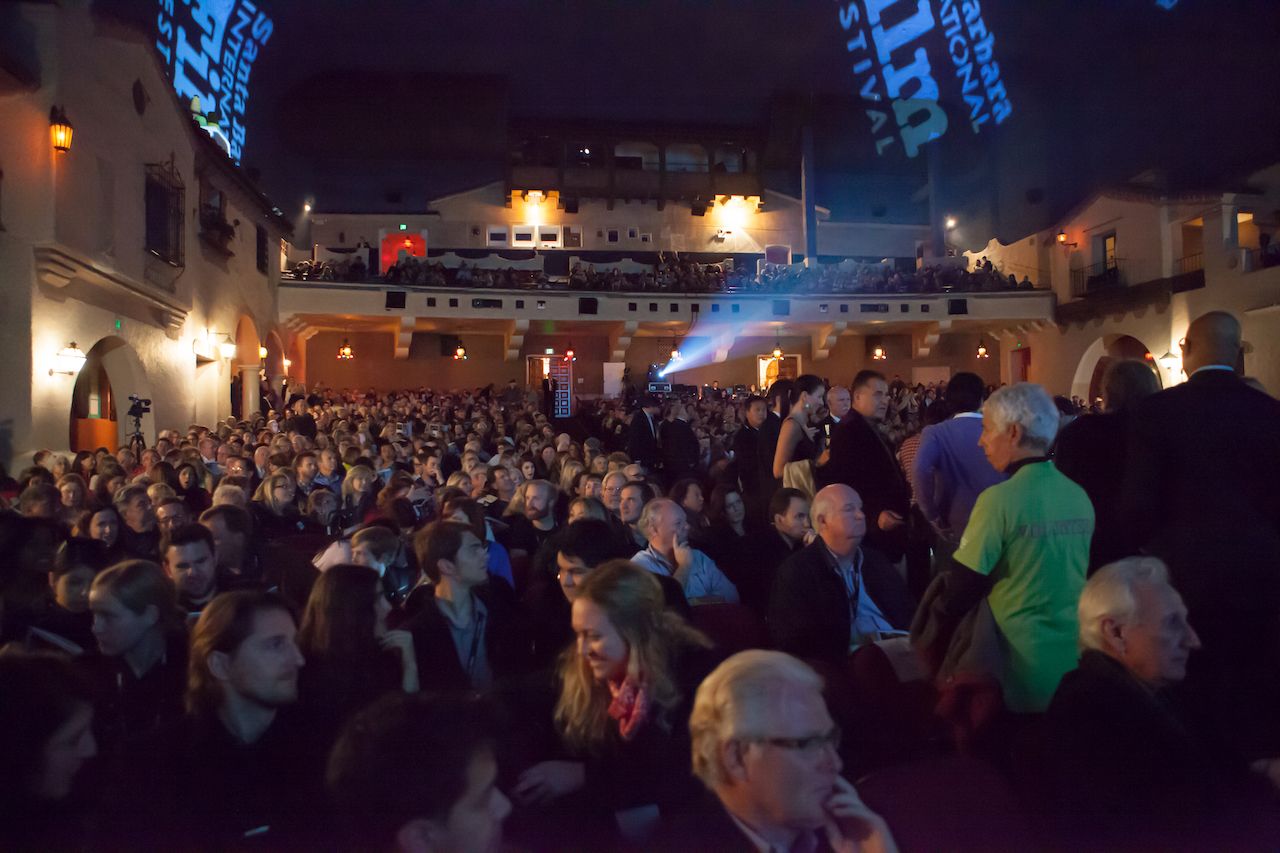 Any month is really the perfect month to wander through the Spanish architecture and lush wineries of Santa Barbara. But January also brings the movies back to the “original” Hollywood with the Santa Barbara International Film Festival from the 15th to the 25th. The 11-day event features world premieres of independent films from around the world, as well as director panels and behind-the-scenes seminars with producers. Then at night, you’ll find tributes to legendary actors and the equally legendary parties that follow. Best of all, to drive people here in the “colder” months, Visit Santa Barbara is offering all kinds of hotel deals, including free third nights if you book through their website before November 24. 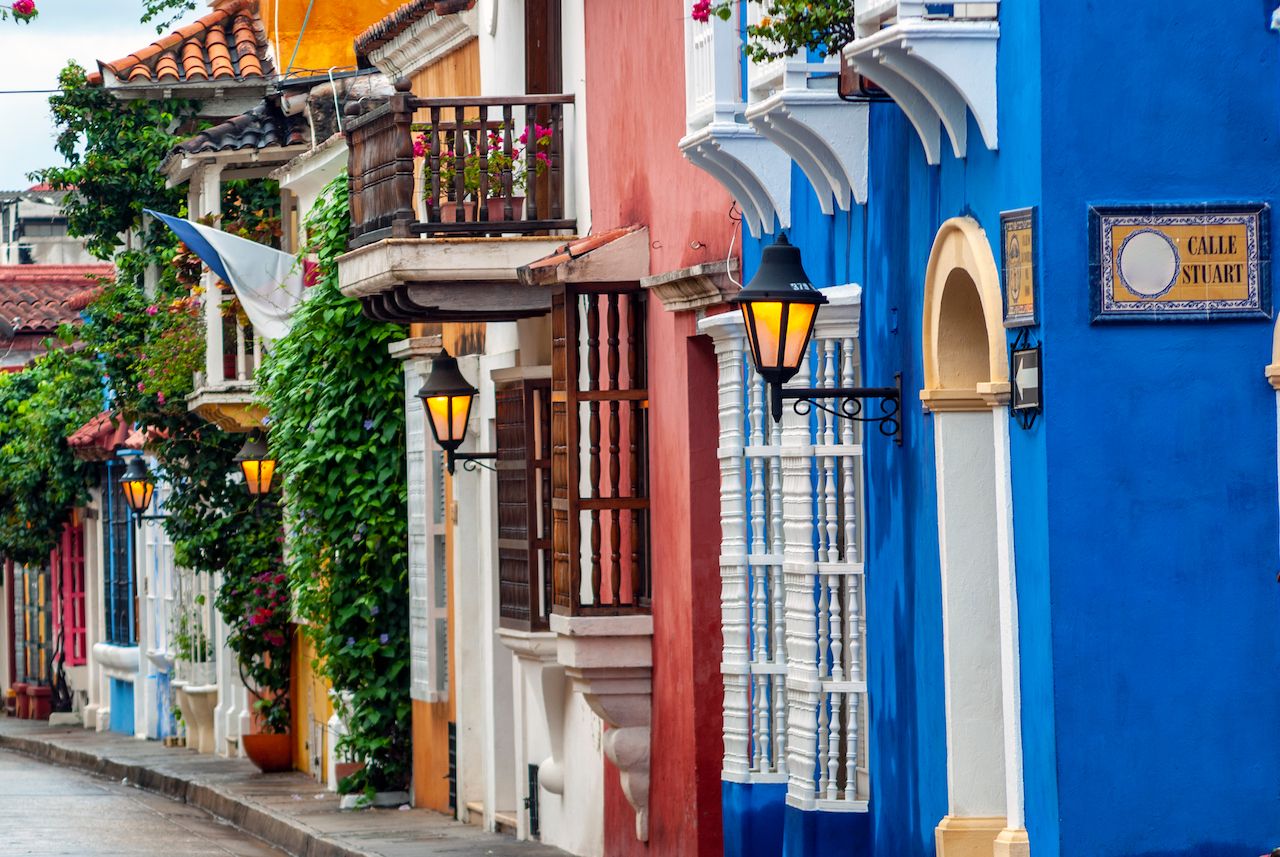 The Caribbean heat that makes Cartagena such an intense experience dies down a bit in January, and while there are still flocks of tourists, they’ll be easier to handle with a cool breeze. That means you can take in a sunset from Café del Mar or Baluarte San Francisco Javier atop the city’s walls, or enjoy a cool day at the Blue Apple Beach Club in complete comfort. Make sure to explore the old city’s burgeoning cocktail culture at spots like Alquimico and La Jugada too, and take a tour of the mountaintop monastery at Convento de la Popa with sweeping views of the city. In addition to ideal weather, this month also has the Cartagena Music Festival on January 4-12, featuring classical musicians from throughout Colombia and Europe playing in some of the city’s most historic venues. 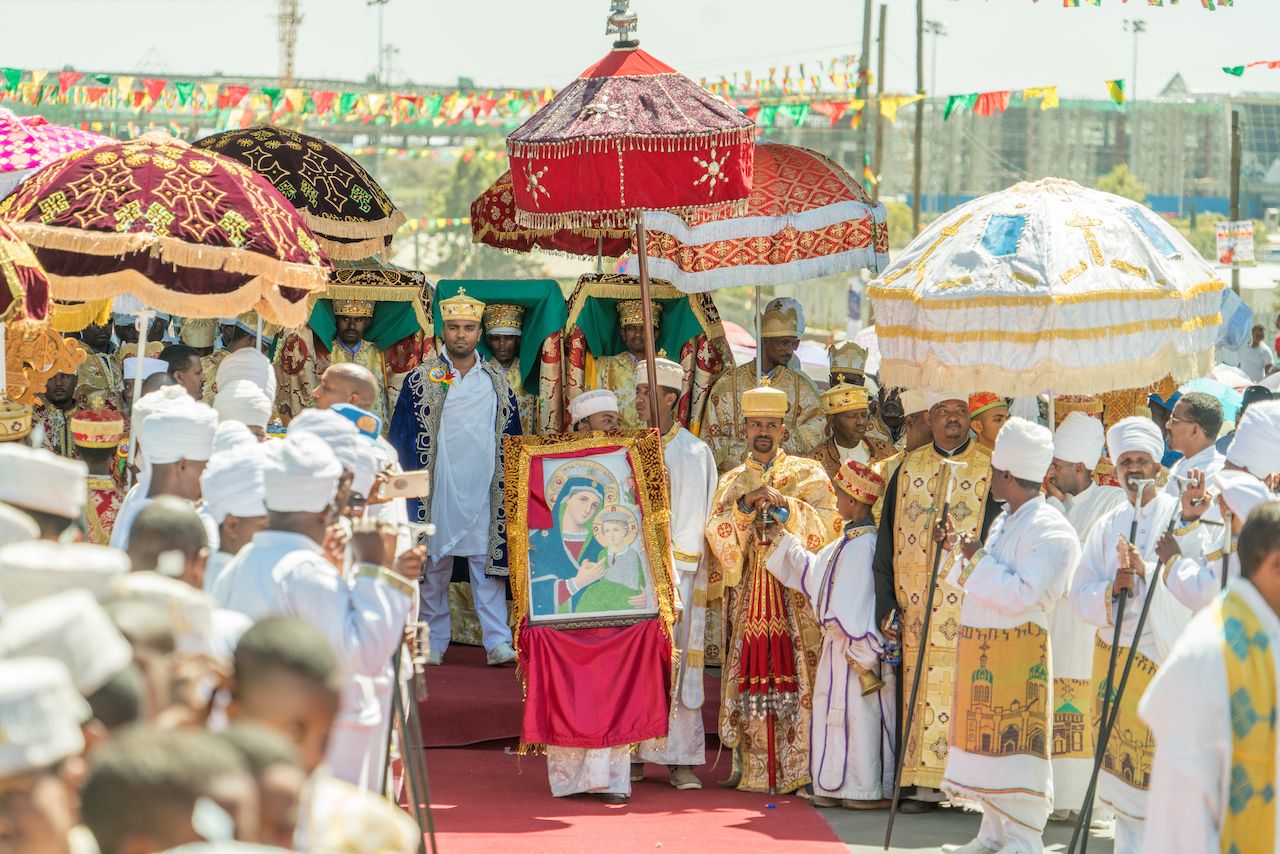 Thousands of Ethiopian Christians arrive to celebrate the Festival of Timket in Addis Ababa in January to honor the baptism of Jesus Christ in the River Jordan. Locals deck themselves out in blazing white costumes and await baptism from priests in elaborate ceremonial robes. It’s a mass celebration like no other in the world and stretches over three days from the 17th to the 19th. If you’d like to see more of the country beyond the festival — such as the Blue Nile, Simien Mountains, and 500-year-old monastic islands at Bahia Dar — Intrepid Travel has a 14-day trip that starts at the festival then delves deep into the country. 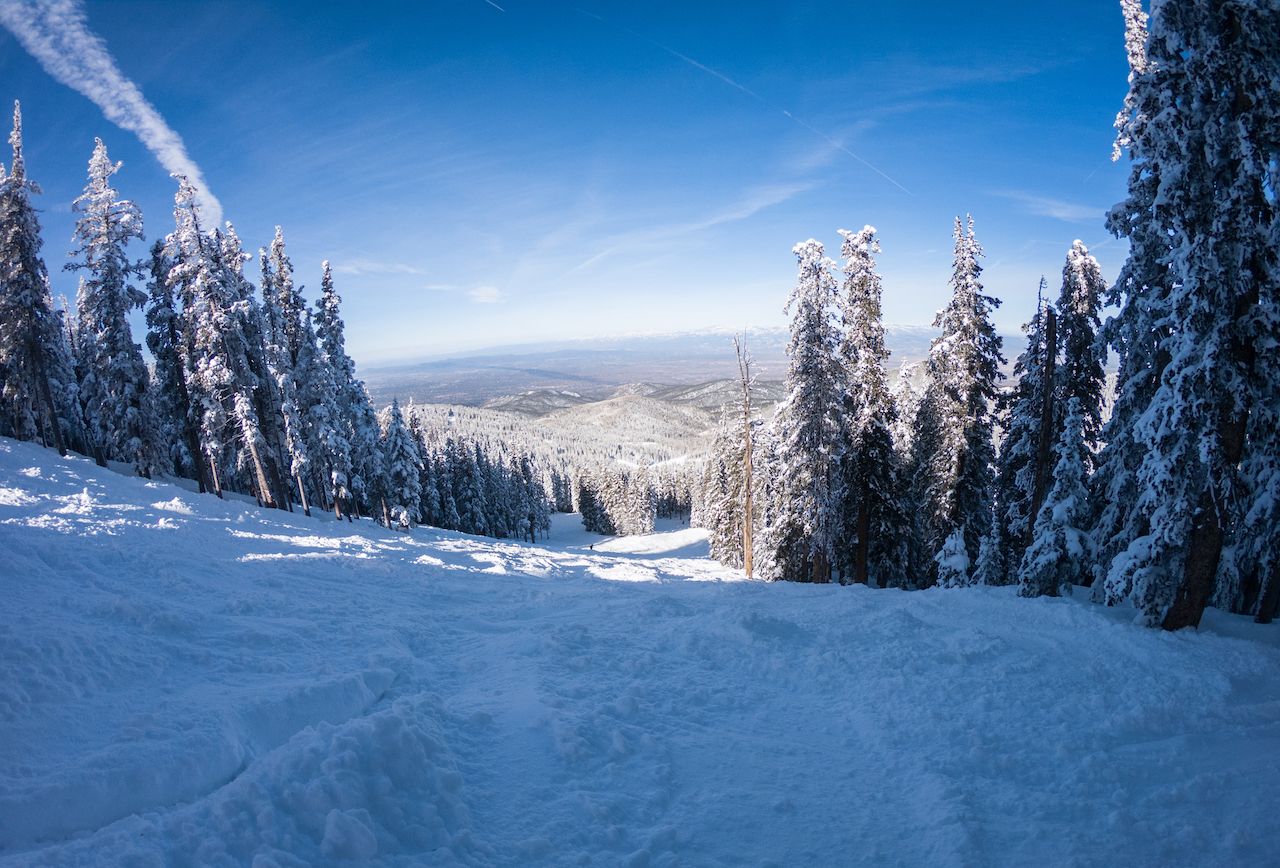 The slopes in Colorado and Utah will be packed in January, often carrying with them lift ticket prices that’ll make you think twice about skiing. Not the case in Santa Fe, where reasonably priced Ski Santa Fe offers just enough terrain for a day or two, with day passes running about $80. Off the slopes, you’ll find the best post-ski food, whether at fine-dining restaurants like Sazon or traditional New Mexican spots like La Choza. If you’d rather spend time enjoying America’s second-oldest city, the bizarre-yet-captivating Meow Wolf will have multiple concerts, and you can learn the native and European history of the state at the Palace of the Governors. 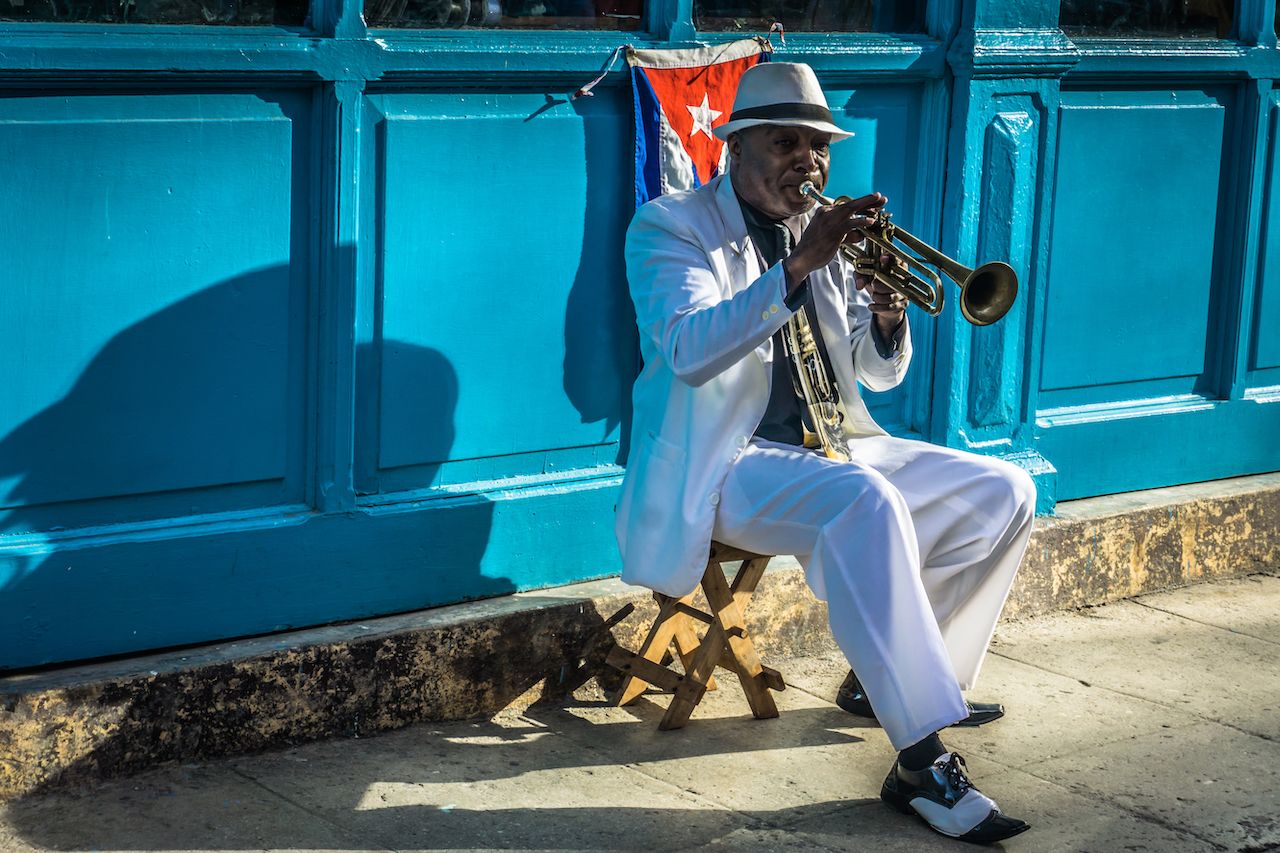 The biggest and most famous jazz festival in Latin America lands in Havana in January. The Havana International Jazz Festival runs this year from the 17th to the 19th and welcomes the biggest acts in the genre to the Cuban capital. Though previous years have brought names like Dee Dee Bridgewater and Ted Nash, the best way to experience the festival is by hopping from neighborhood bars to streetside cafes and listening to some of the best music on the island. It’s the kind of musical immersion you imagine when manifesting a trip to Cuba. Though harder to achieve than before the most recent travel ban, it is still possible. Many tour companies still have legal ways of getting you here, and Friendly Planet Travel has special tours based around the festival.

NewsThe top 20 trending travel destinations for 2020, according to Airbnb
Tagged
Travel Trip Planning
What did you think of this story?
Meh
Good
Awesome