The British royal family is like the New England Patriots of monarchies — beloved by their own people, but almost everyone else is pretty sick of hearing about them. Given the global media attention lavished on the British royals, it can be easy to believe that they’re the only monarchy in the world. That would be a mistake. There are 26 monarchies, and some even wield actual political power. You might not buy a coffee mug with the sultan of Oman’s face on it, and you probably didn’t stay up until 4:00 AM to watch King Mswati III of Swaziland marry Zena Mahlangu, but there are several royal personalities out there just as interesting as William and Kate. Here are a few you should be aware of. 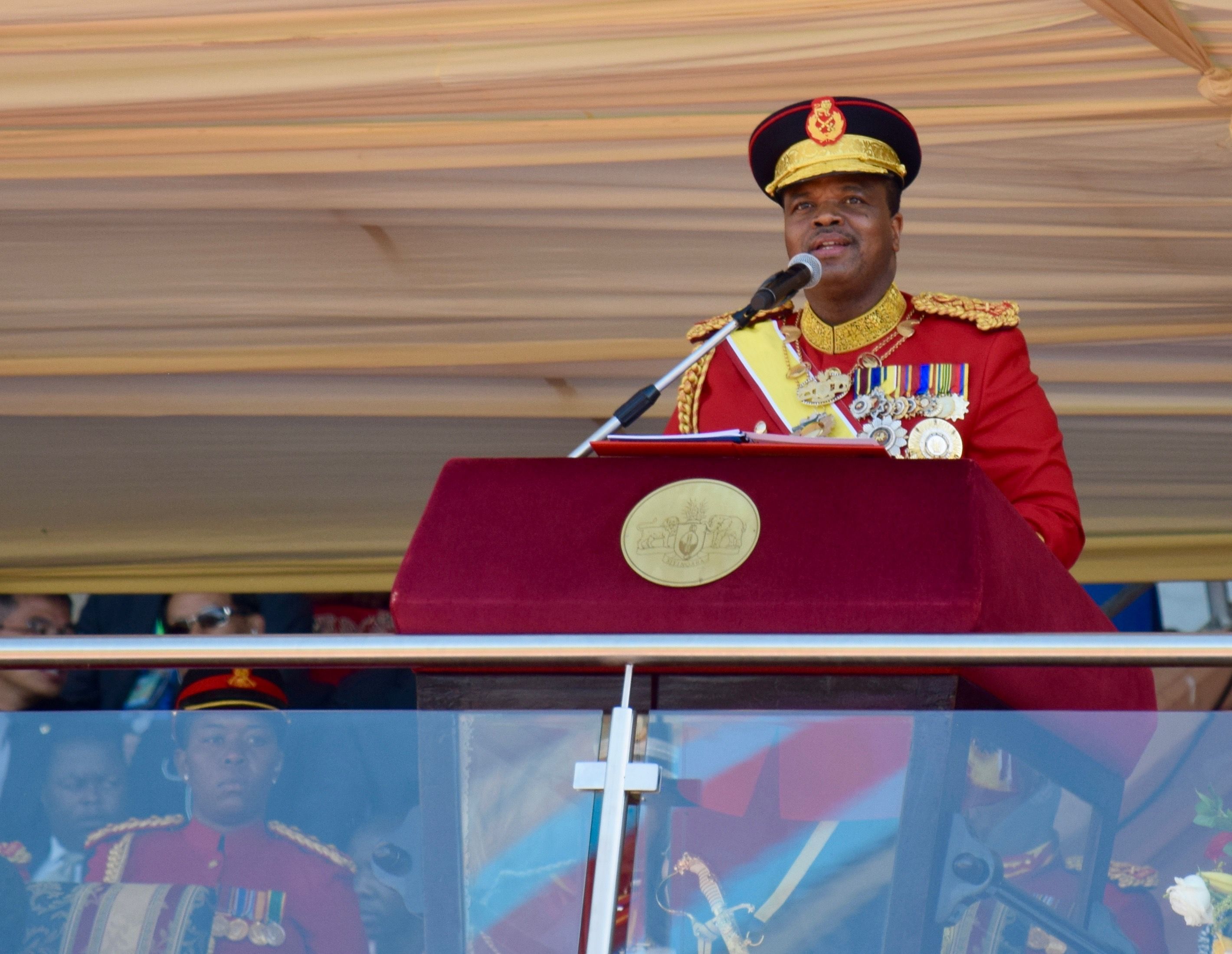 eSwatini, more well known as Swaziland, isn’t exactly the British Empire in terms of international clout, but it is home to Africa’s last absolute monarchy. This small country in southern Africa, between South Africa and Mozambique, is home to just 1.3 million people and has been ruled by King Mswati III since 1986. This king is no figurehead. Although a few members of parliament are chosen by popular vote, he appoints many of them directly. A bill of rights was introduced to the country in 2006 by the ruling family, though the monarchy still restricts freedom of expression, assembly, and association, to the ire of human rights groups. The king also officially changed the name of the country from Swaziland to eSwatini in 2018, though it hasn’t exactly caught on worldwide.

In perhaps the starkest contrast to the British royal family, this king is famous for his polygamy — he currently has 14 wives. 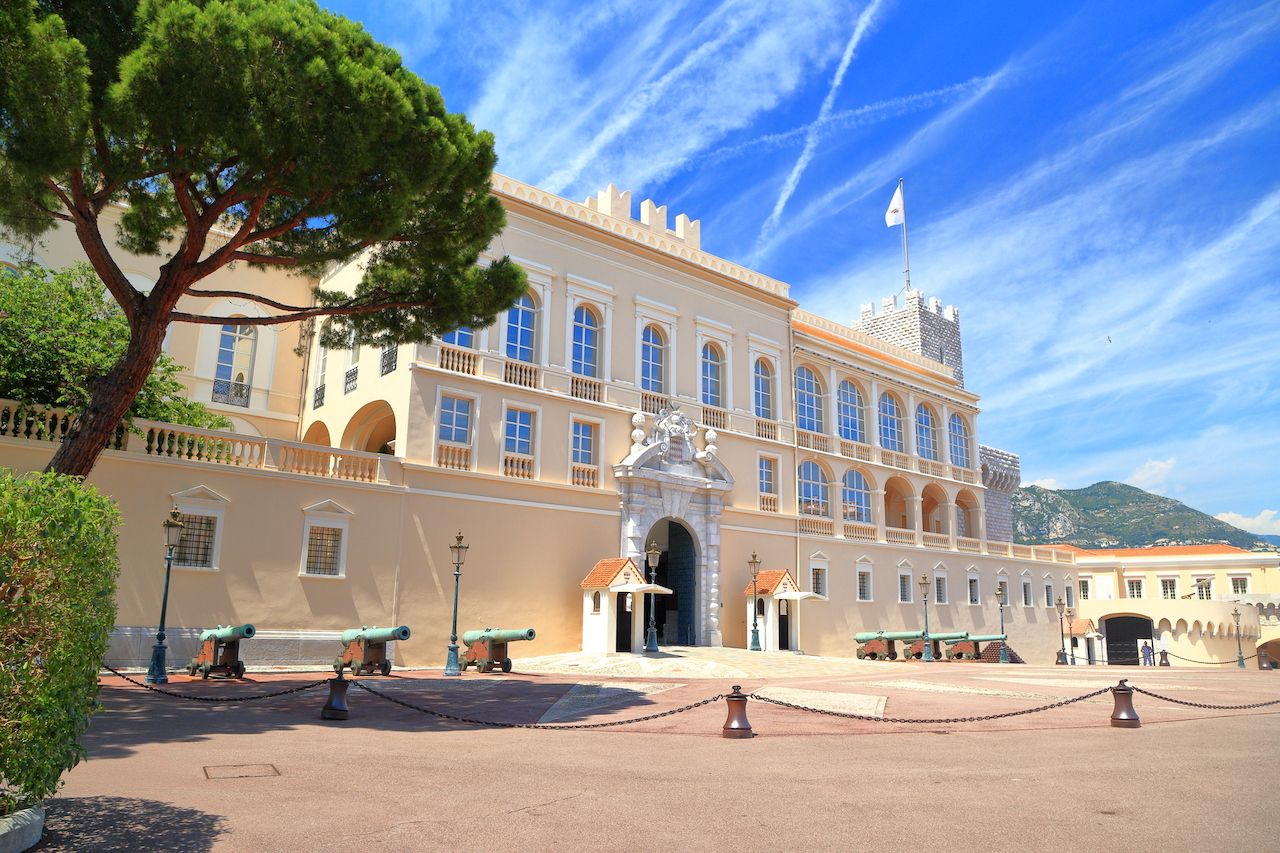 Monaco’s royal family is best known for the highly publicized romance between Prince Rainier III and American actress Grace Kelly in the 1950s. The Hollywood glamor may be gone from Monaco’s monarchy nowadays, but the influence wielded by its prince remains. Prince Albert II, the official head of state and son of Grace Kelly, still has a significant amount of political power. He has control of the country’s judicial branch and is responsible for introducing new laws (which must be approved by the elected National Council). The prince also appoints the president of the Crown Council, which advises him on important domestic and international issues.

Prince Albert belongs to the royal Grimaldi family, which has ruled Monaco for over 700 years, making it one of the oldest monarchies in the world. 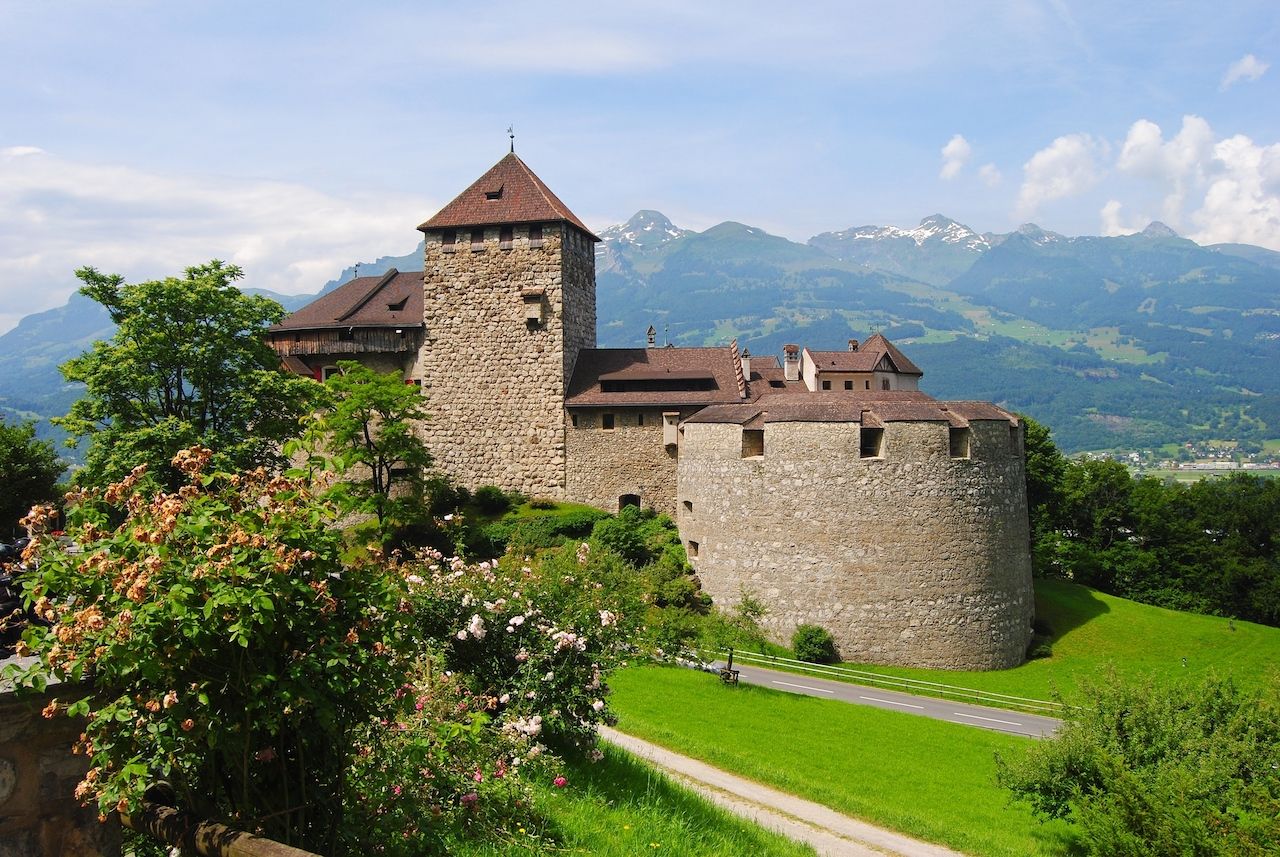 If your only knowledge of Lichtenstein comes from A Knight’s Tale, you’ll be devastated to learn that the small country doesn’t actually have knights on horseback anymore. If it’s any consolation, however, it does still have a prince. Prince Hans-Adam II rules over this small country between Switzerland and Austria and has the power to veto laws, appoint judges, dissolve parliament, and choose government officials (including the prime minister). Given Prince Hans-Adam II’s advancing age — he is 74 years old — his son, Alois, Hereditary Prince of Liechtenstein, handles most of the day-to-day duties. While many countries may be shifting power from monarchs to parliaments, Liechtenstein still fully embraces its royal family. Back in 2012, a referendum to limit the prince’s veto power was defeated overwhelmingly.

The United Arab Emirates seems to be paradoxical. It’s home to the most absolute monarchies in the world, and yet the architecture and infrastructure of a city like Dubai appear dazzlingly modern. The UAE is composed of seven different kingdoms, each with its own ruler. All seven rulers (emirs) sit on the Federal Supreme Council, which oversees all the operations of the UAE, though the emirs of Dubai and Abu Dhabi hold the most power. This group of royal rulers has the power to appoint ministers, advisors, and half of the 40-member National Council. While the emirates of the UAE are known for their restrictive policies, most notably on alcohol, they are also famous for their dramatic architectural modernization and construction projects. 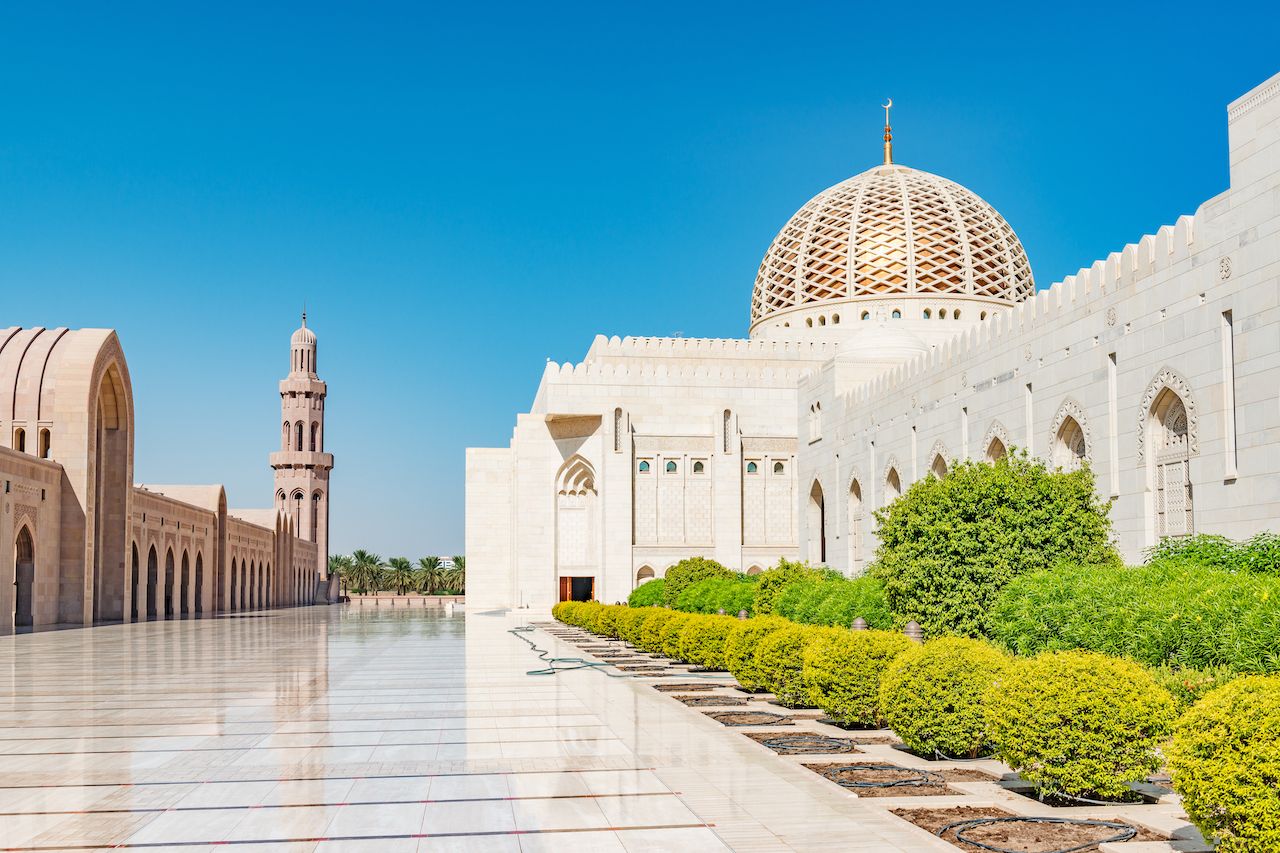 One of the world’s longest-reigning monarchs is Qaboos bin Said al Said, who has ruled Oman as the sultan since 1970. In a rise to power straight out of the Middle Ages, he assumed the throne by overthrowing his father in a palace coup. Contrary to what you may expect from a sultan who took power by deposing his own father, Oman is actually considered more open and liberal than many other countries on the Arabian Peninsula. The country has thrived under Sultan Qaboos, enjoying strong healthcare and education systems, as well as economic prosperity. Critics have said that Qaboos has more absolute control over his country than any other monarch in the world, but as long as Oman continues to prosper, the 78-year-old sultan seems poised to continue his nearly 50-year run as ruler. 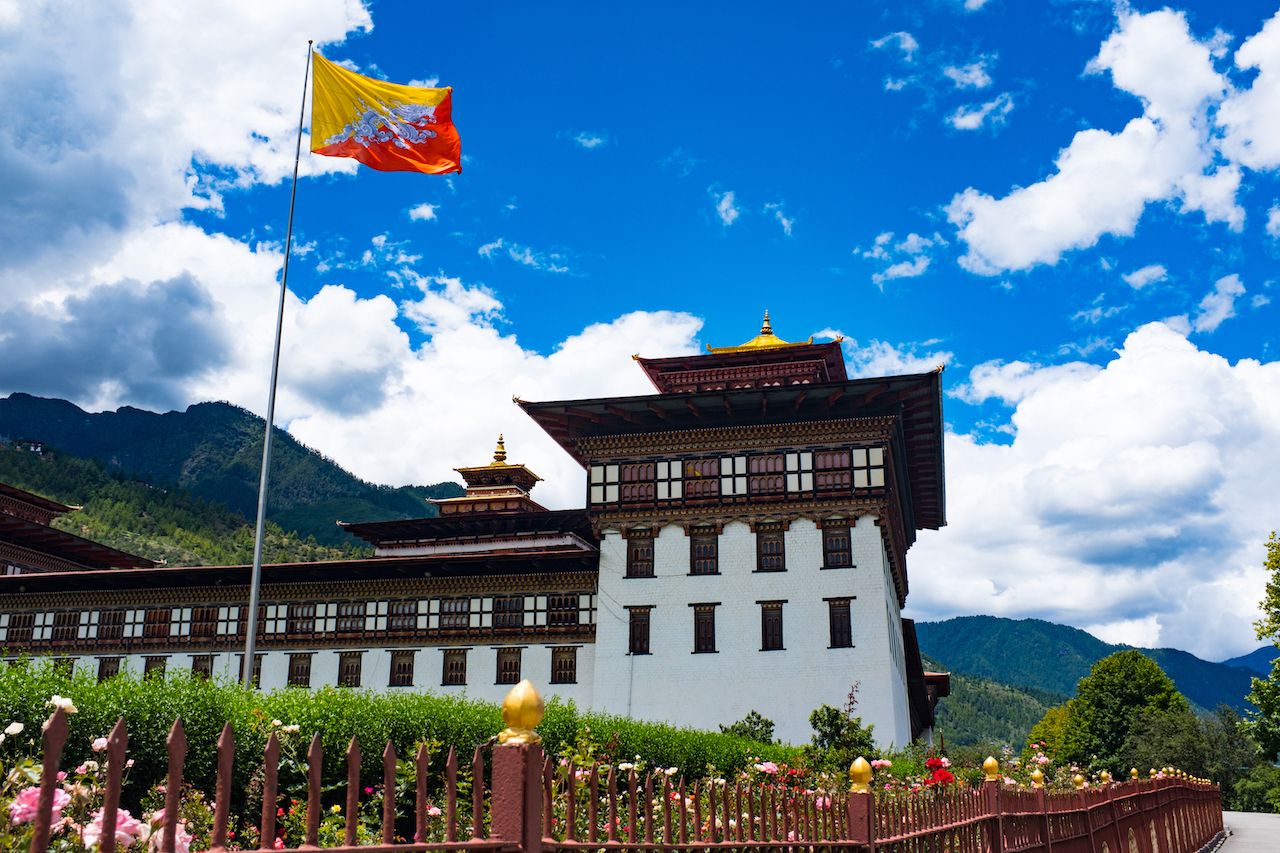 The King of Bhutan is one of the world’s youngest monarchs, taking the throne back in 2006 when he was just 26 years old. Now 39, Jigme Khesar Namgyel Wangchuck is incredibly popular due to his relative youth and his advocacy of democratic reforms. Bhutan has had a monarch for over 100 years, but in recent years the country has shifted away from absolute monarchy and toward constitutional monarchy. This is owed largely to King Wangchuck’s progressive attitude, and willingness to help his country evolve. He is unique among traditional monarchs in that he actually went to university in the United States, studying at Wheaton College, a small liberal arts school.

Wangchuck hasn’t exactly abandoned all his power, however. The Bhutanese constitution still gives him the power to veto laws approved by the parliament, and to appoint members of the judiciary. 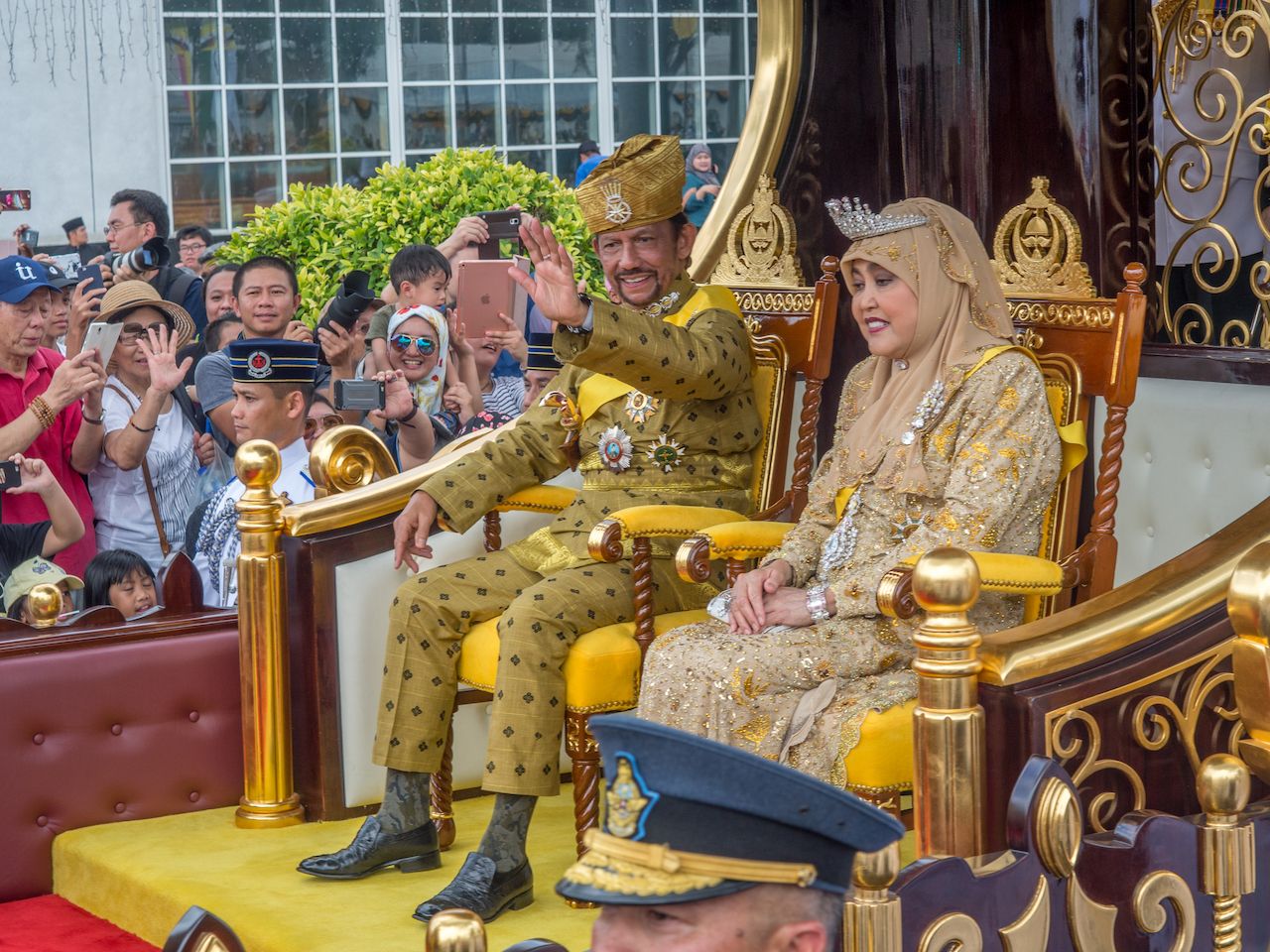 Brunei might be a tiny sliver of land on the northern coast of Borneo, but its monarchy is actually making a big splash lately. Its leader received international attention and criticism this year for introducing a strict version of Sharia law to the Muslim nation, which includes stoning those suspected of adultery and homosexuality. The sultan, who is worth an estimated $20 million due to the country’s rich oil industry, owns several properties around the world, and celebrities like George Clooney and Elton John have called for their boycott in the wake of the controversy.

The current ruling family has been in power since the 15th century, and though there is now a constitution and elected legislative body, the sultan wields a substantial amount of power. He acts as both the head of state and prime minister, and is in charge of Brunei’s armed forces.

Art + ArchitectureAll the British Royal Residences You Need To Check Out
Tagged
Culture
What did you think of this story?
Meh
Good
Awesome